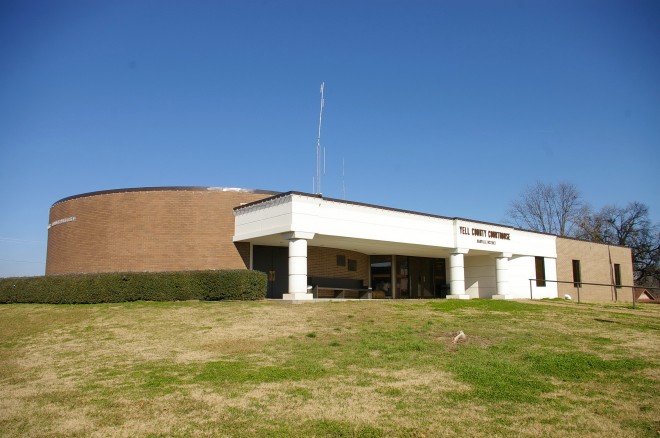 Yell County is named for Archibald Yell, who was a Governor of the State of Arkansas.

Description:  The building faces south and is a one story red and buff colored brick  ck and concrete structure. The building is located on a rise of landscaped ground in the center of Danville. The south front has a wide projecting porch supported by white colored columns. The west side of the building is curved and the roof line is flat. The engineer was Allen Engineering. 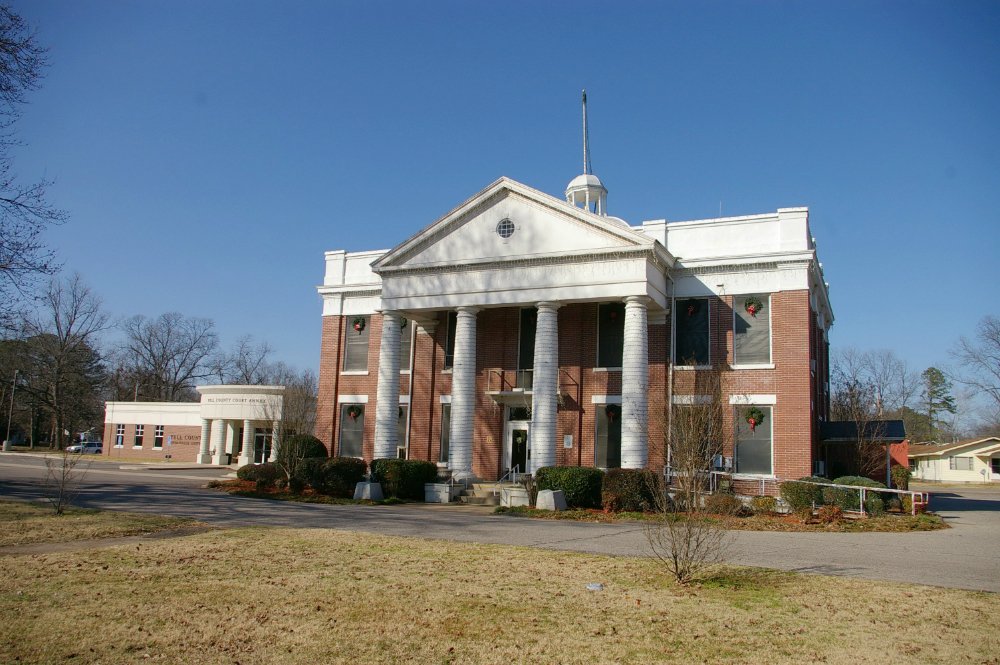 Description:  The building faces southeast and is a two story red colored brick and wood Greek Revival style structure. The building is located on landscaped grounds in the center of Dardanelle. The building is “T” shaped and the southeast front has a large portico with four white colored Doric columns rising to a wide pediment. A wide white colored band runs along the roof line. On the center of the roof is an octagonal clock tower which is topped with a dome. The building was renovated in 1973. On the west side is the modern Courthouse Annex constructed in 2006 to 2007 and houses the District Court courtroom. The southeast front has a projecting center section with four white columns, A wide white colored band runs along the flat roof line.

Note:  In 1875, Dardanelle was established as the second county seat In 1878, the first courthouse was a rented commercial structure on South Front Street between Green and Oak Streets. The building burned in 1912 and the second and present courthouse was constructed. 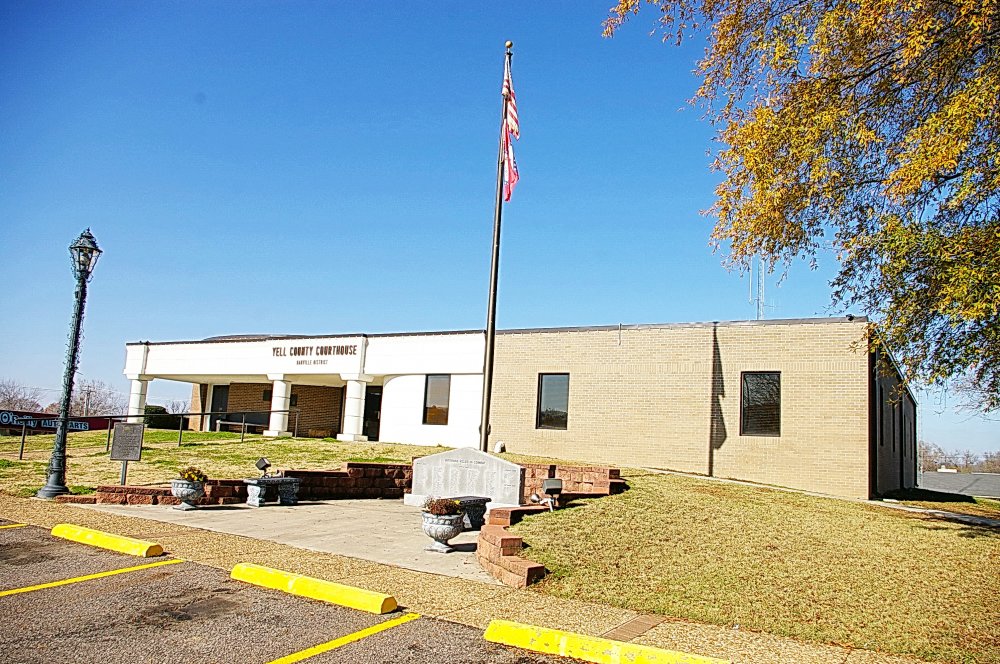 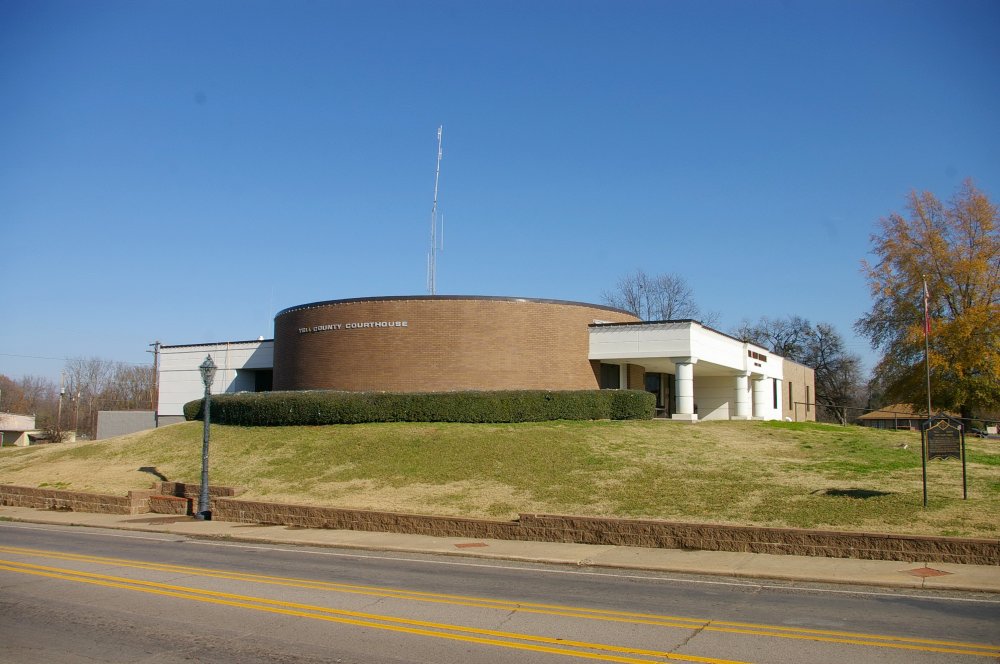 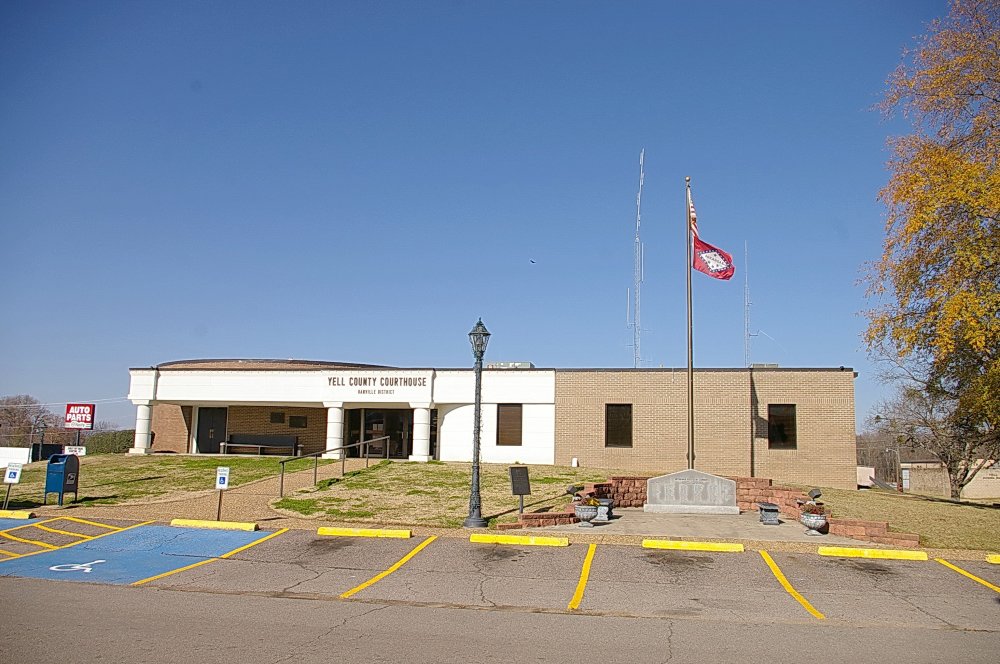 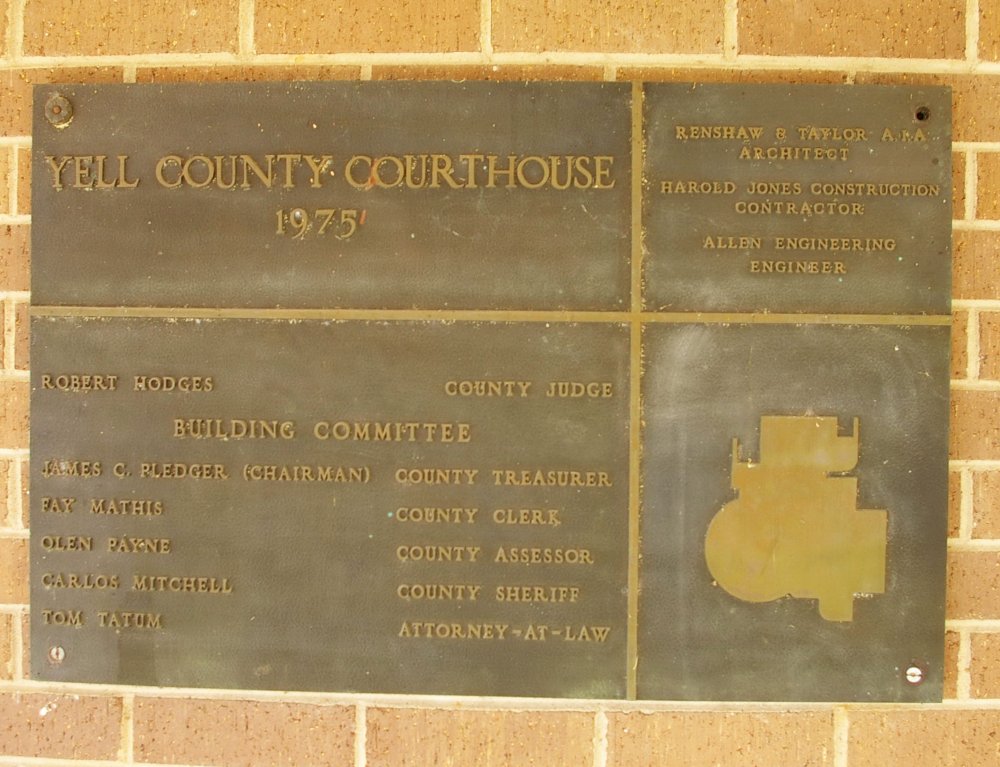 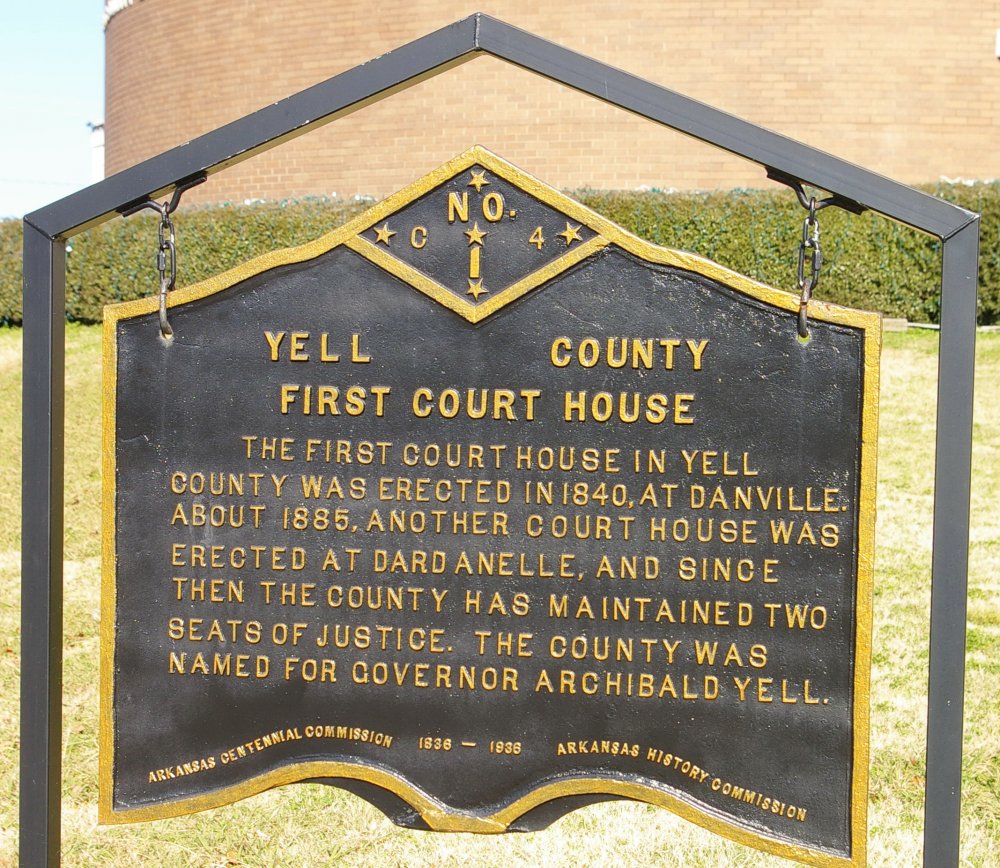 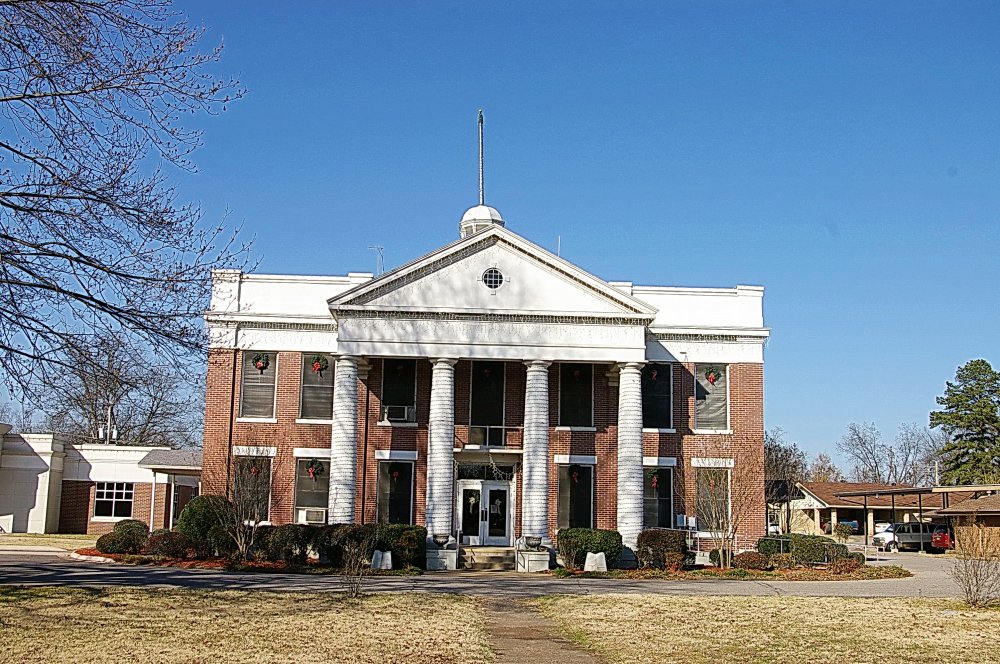 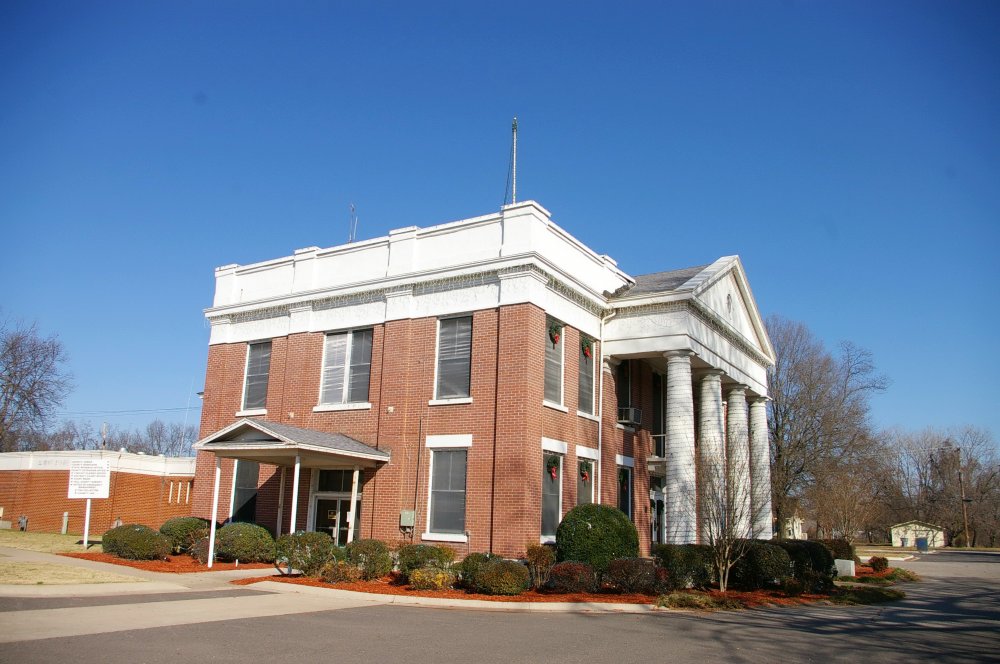 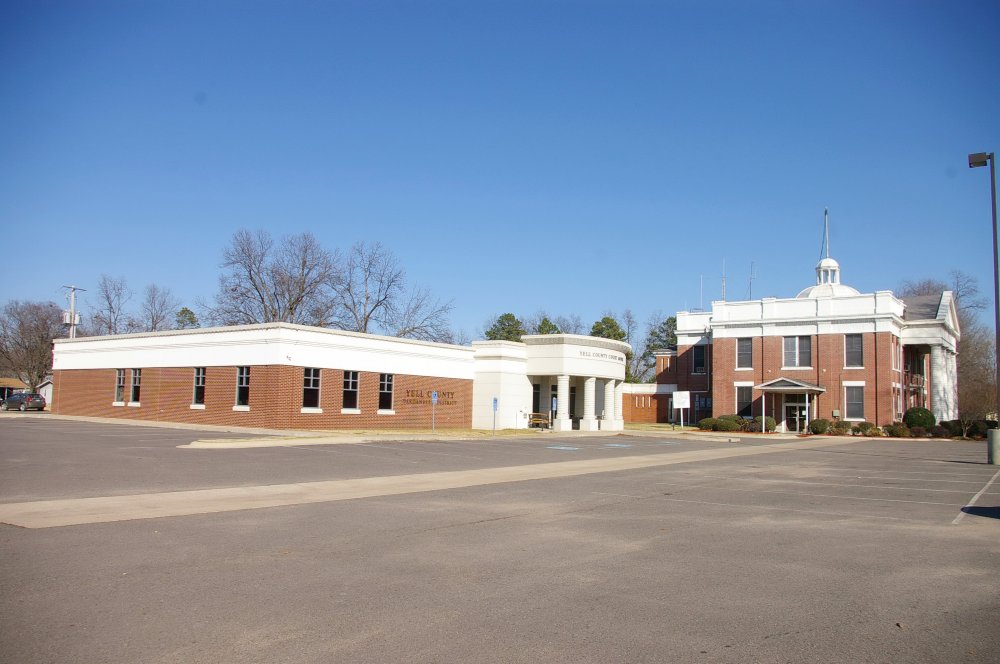 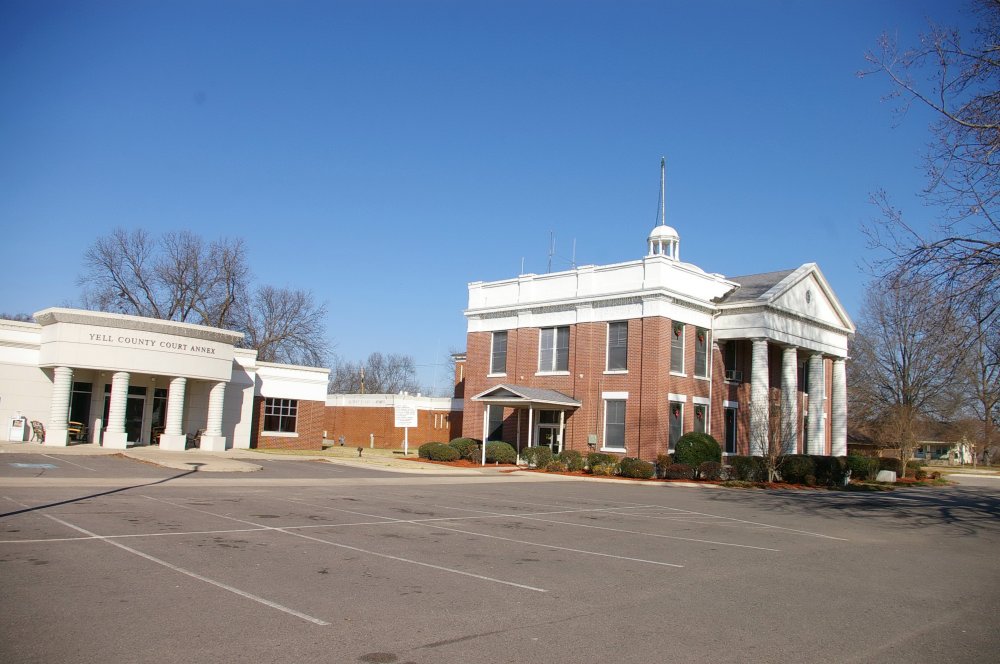 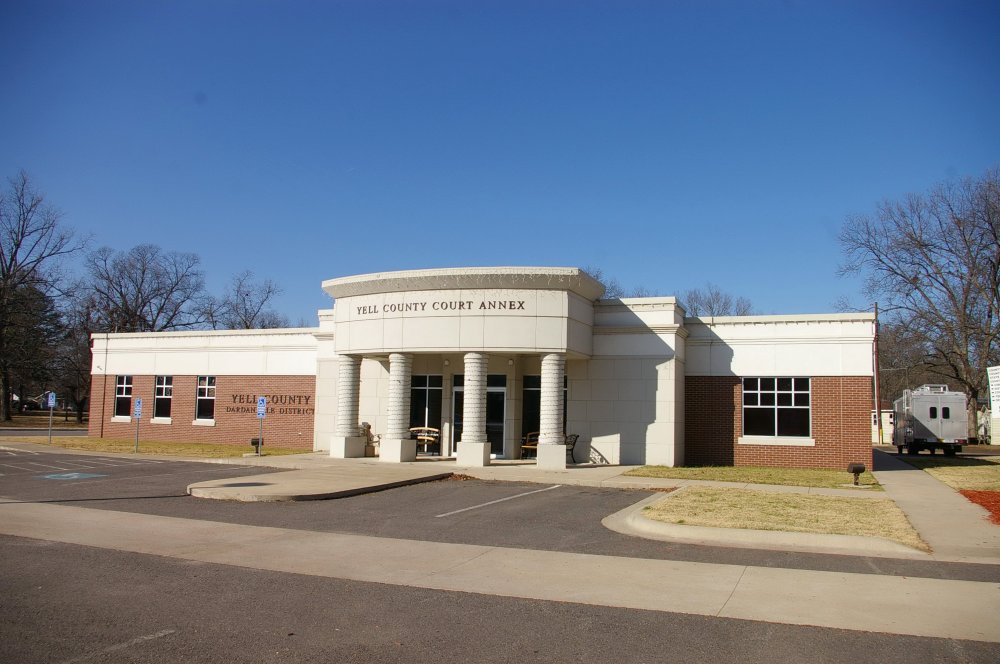 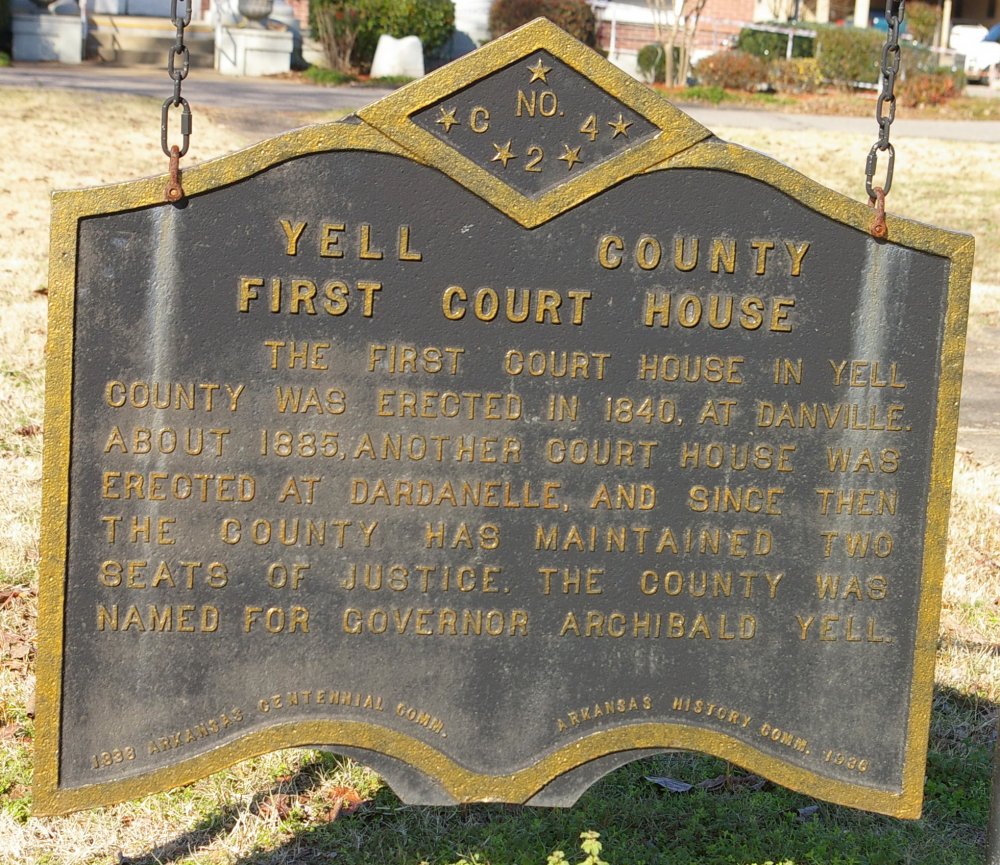