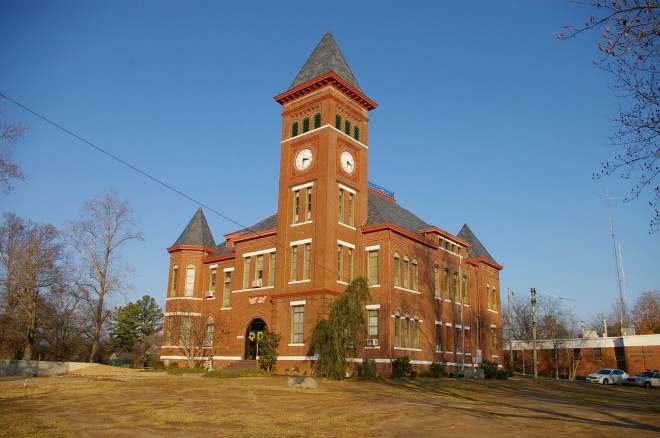 Woodruff County is named for William Woodruff, who was  the first newspaper publisher in the State of Arkansas. 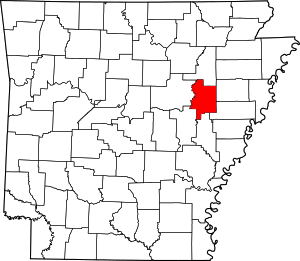 Description:  The building faces west and is a two story red colored brick, stone and concrete structure.The building is located on spacious landscaped grounds in the center of Augusta. The southwest corner has a five story square red colored brick tower with clock and steep roof. On the northwest corner is a lower octagonal tower with steep roof. On the southeast corner is a lower square tower with steep roof. The west front has a central arched entrance on the first story. The roof is hipped. The interior has a multicolored tile mural which covers the main level, and pine wainscoting adorns the second-story County Circuit Court courtroom. The building houses the County Circuit Court of the 1st Judicial District.

History:  The county was created in 1862 and Augusta was selected as the county seat. The first courthouse was a wood frame building in Augusta in 1862. In a short time, the court moved into the second courthouse which was a large two room wood building. In 1870, Thomas Hough, the town founder, sold his 1848 house for $28,000 to become the third courthouse. The cost for construction of the fourth and present courthouse in 1901 to 1902 was $30,000. Also in 1902, the courthouse at Cotton Plant was designed by Charles L Thompson of Little Rock and constructed by C W Clark at a cost of $14,000. The courthouse s sold to the Masonic Lodge in 1931 and was subsequently demolished. A courthouse was also constructed at McCrory. 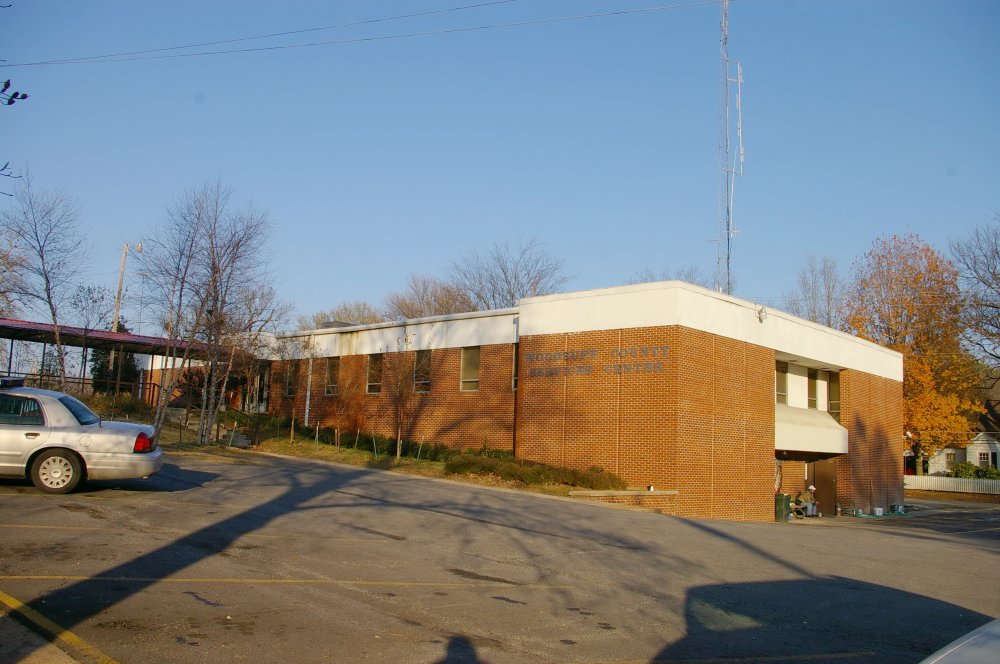 Description:  The building faces west and is a two story red colored brick and concrete structure. The rectangular shaped building is located on spacious landscaped grounds on the east side of the courthouse in the center of Augusta. The west front has a central entrance on the second story. The entrance to the jail on the south side has a white colored canopy. A wide white colored band runs along the flat roof line. 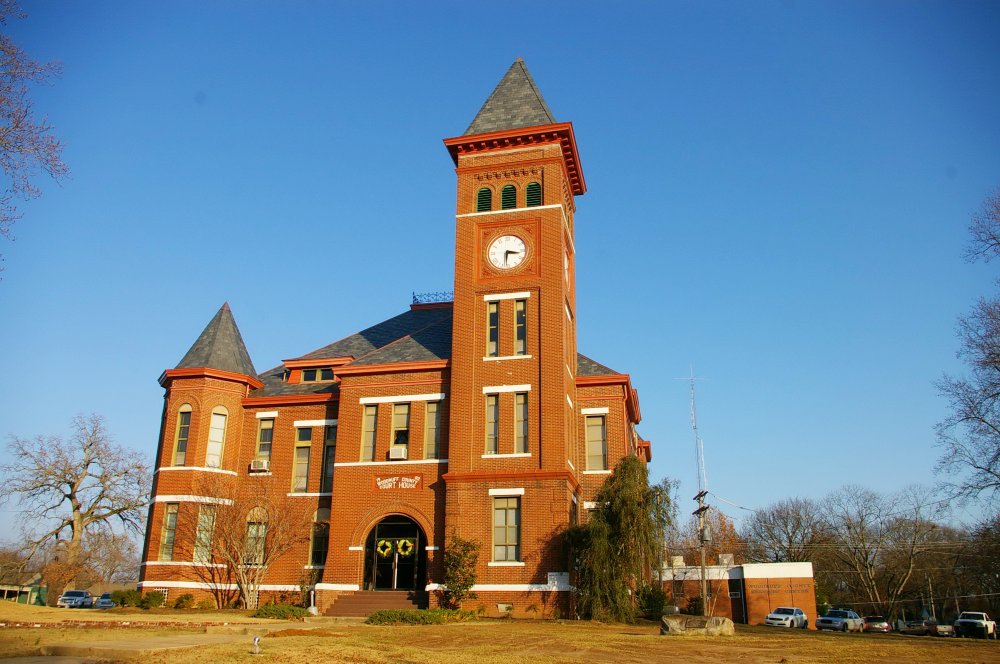 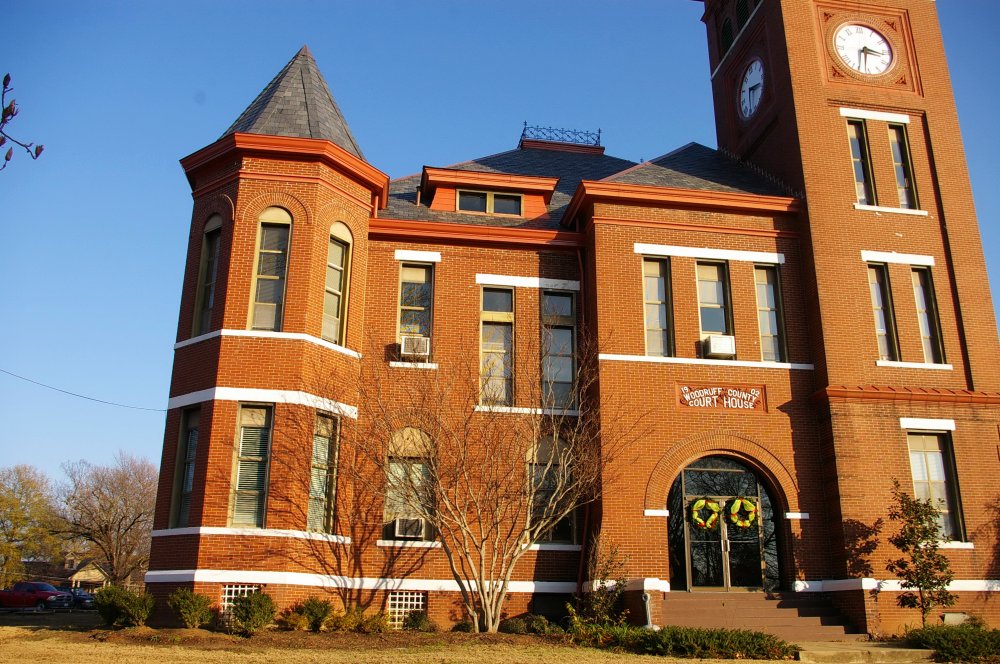 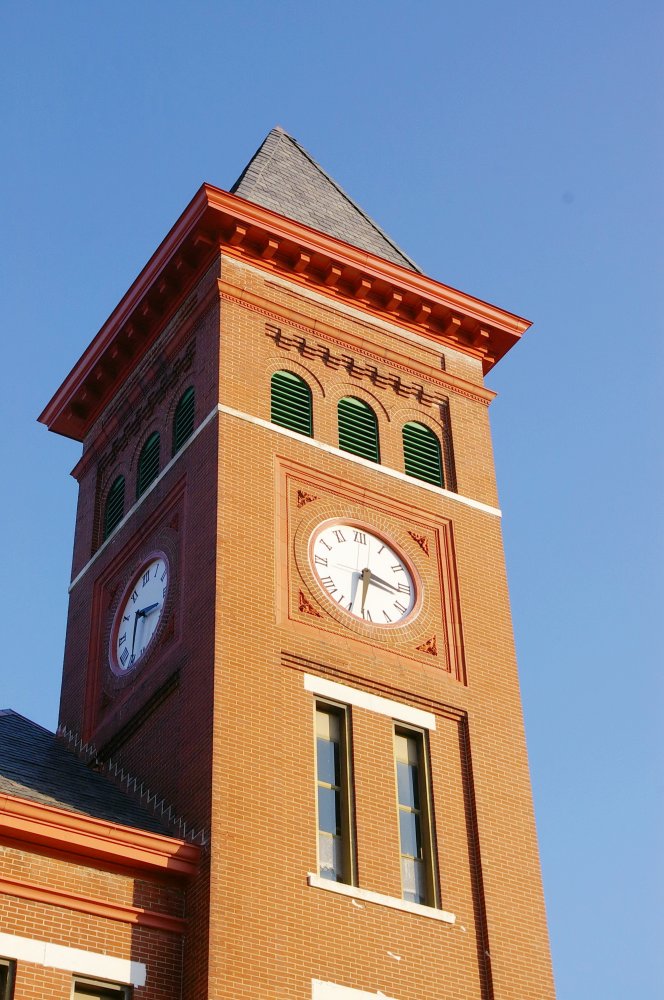 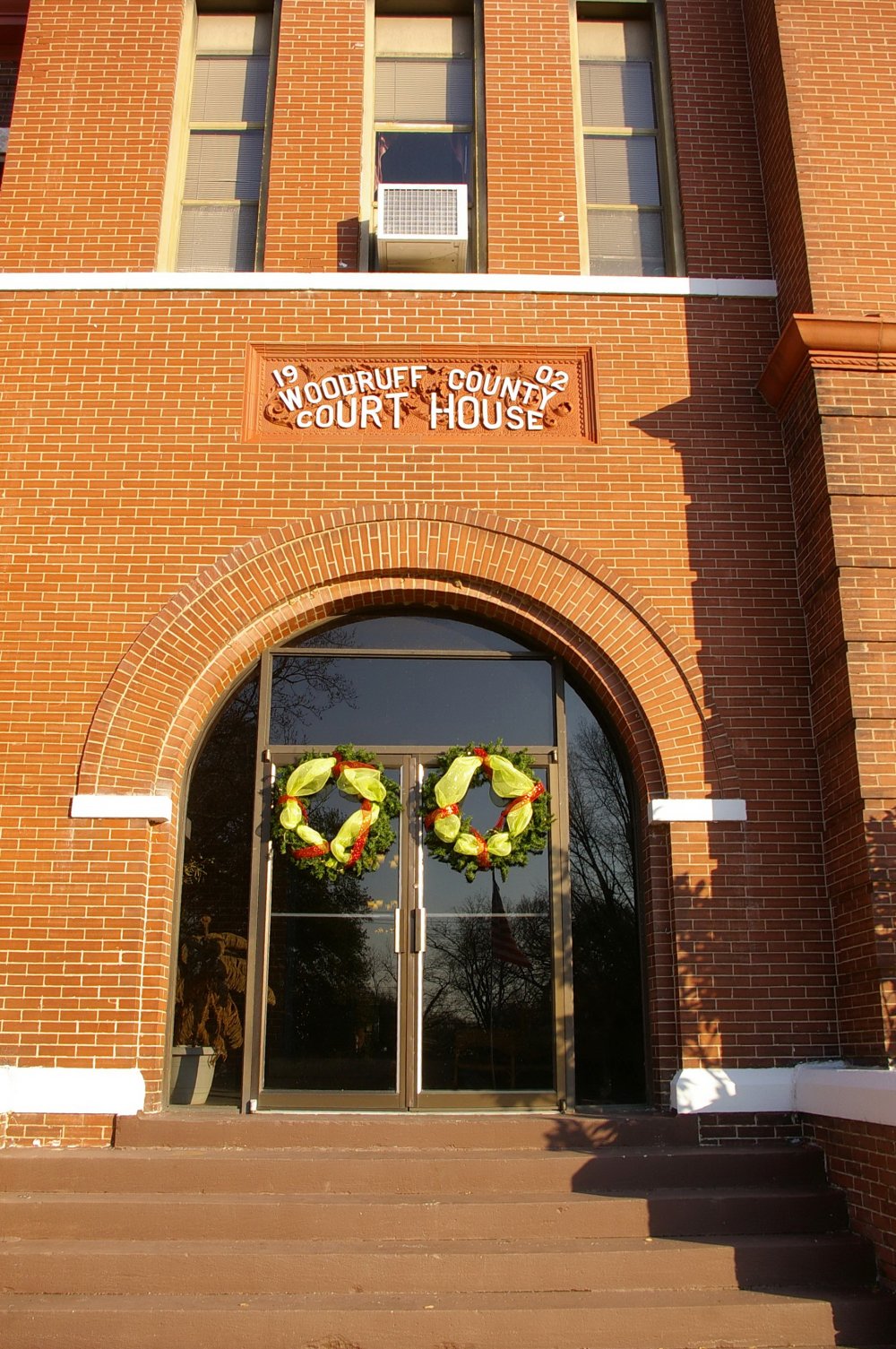 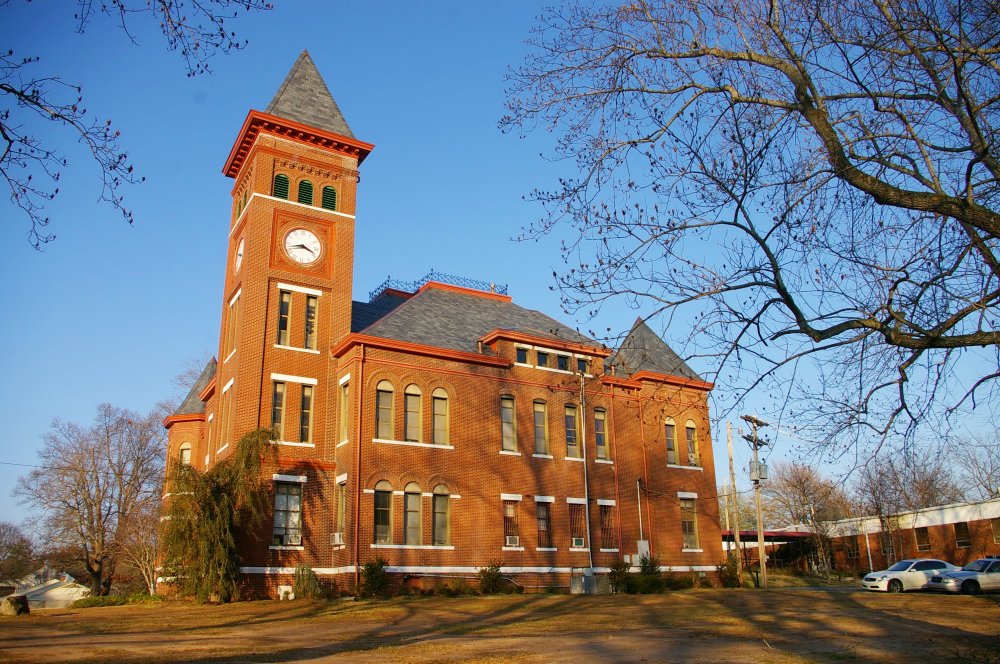 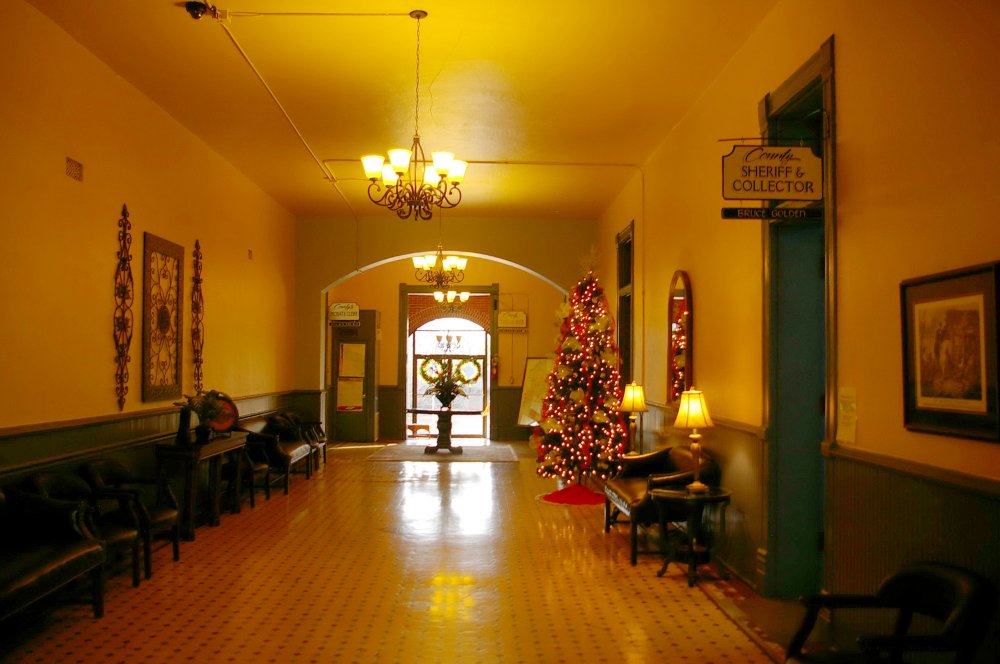 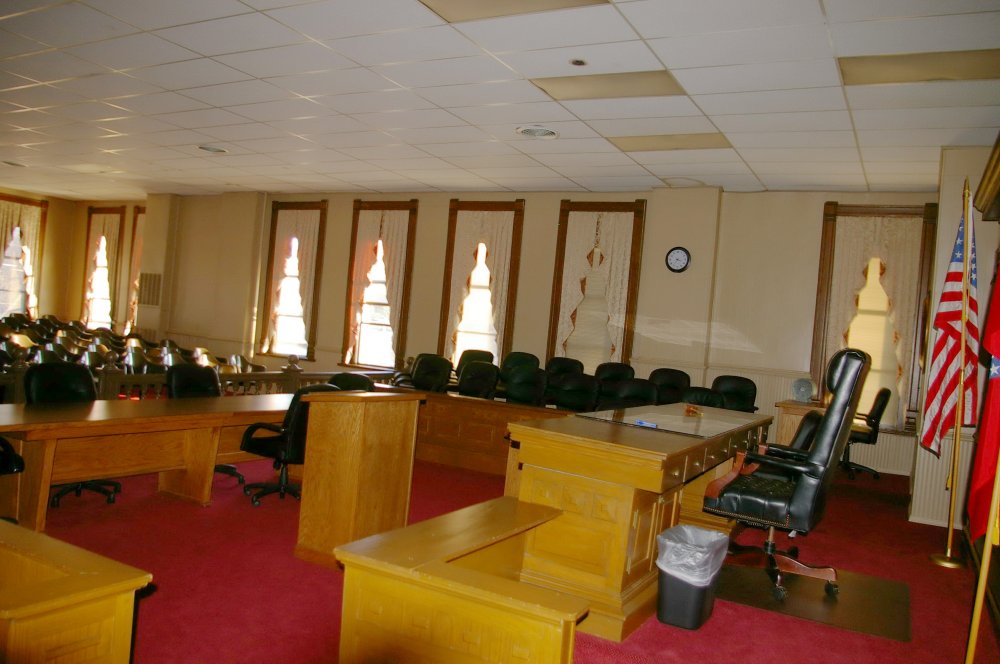 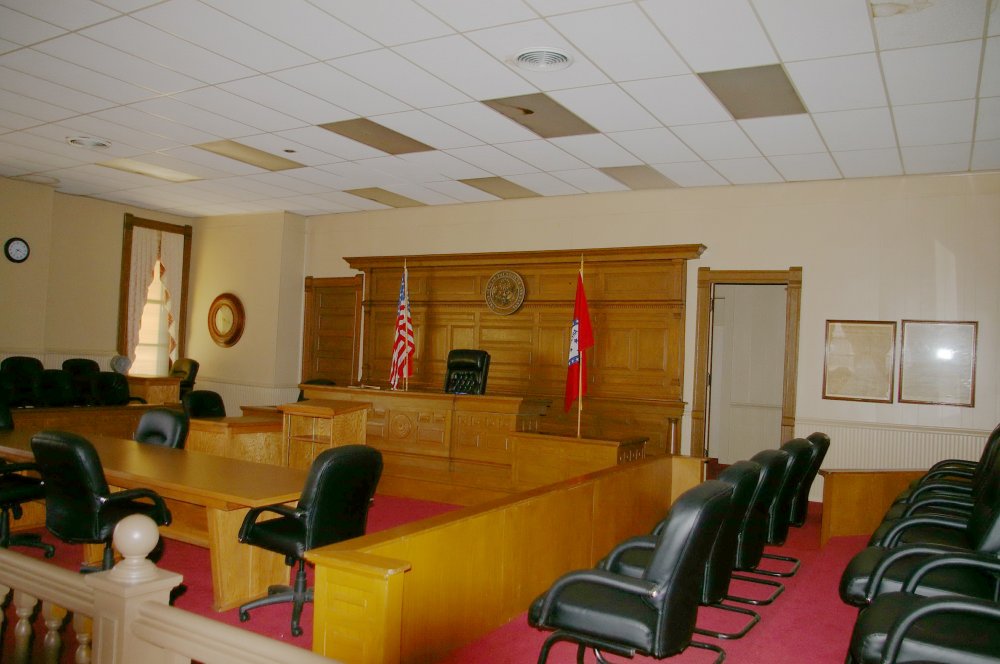 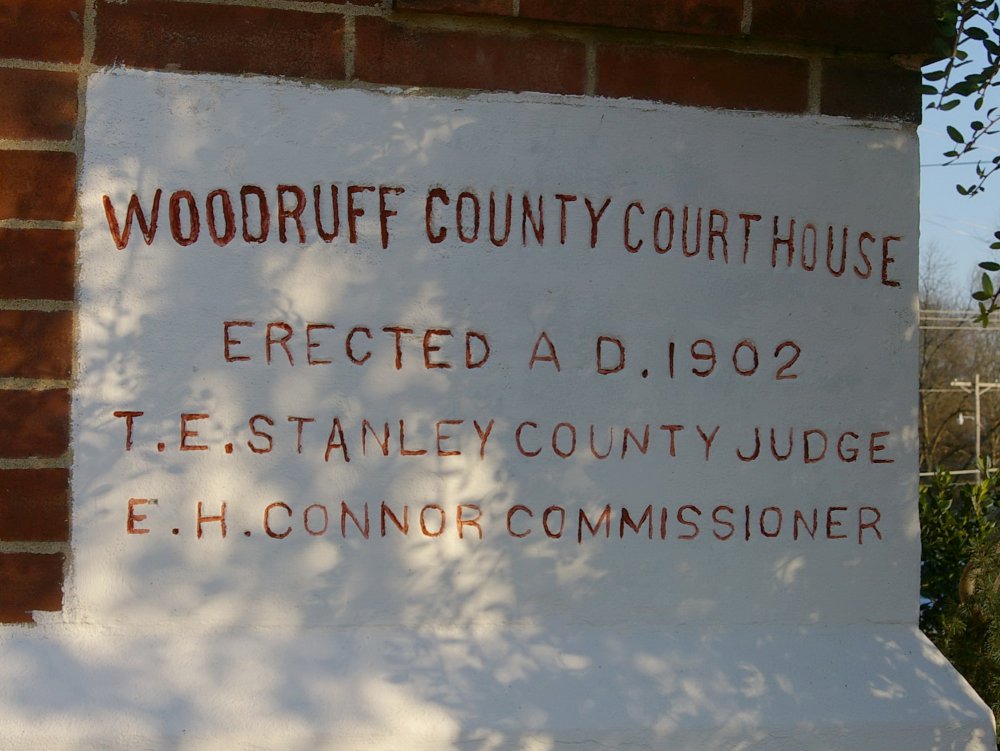 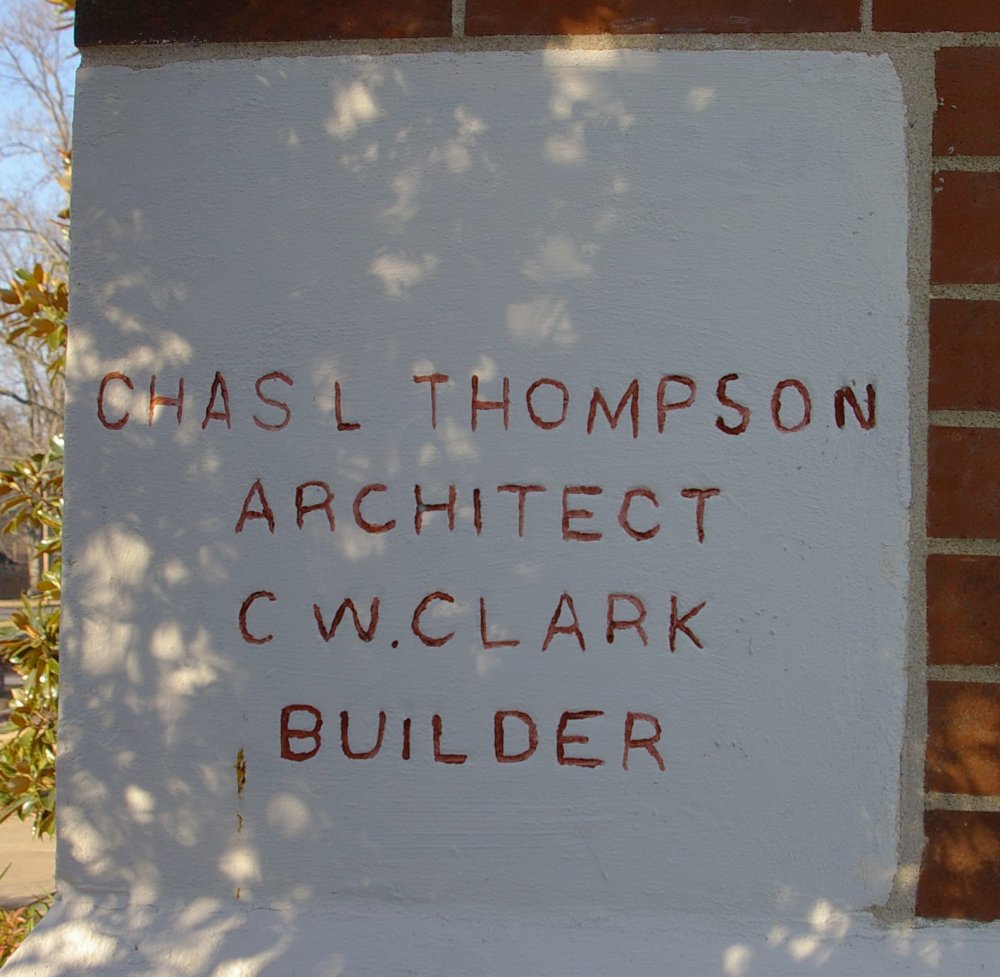 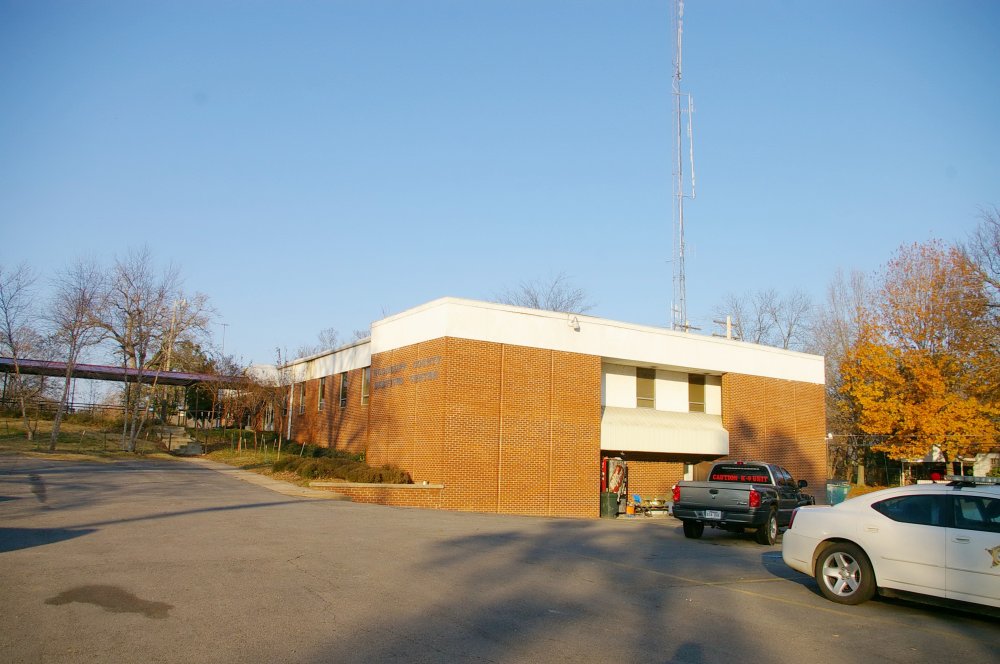 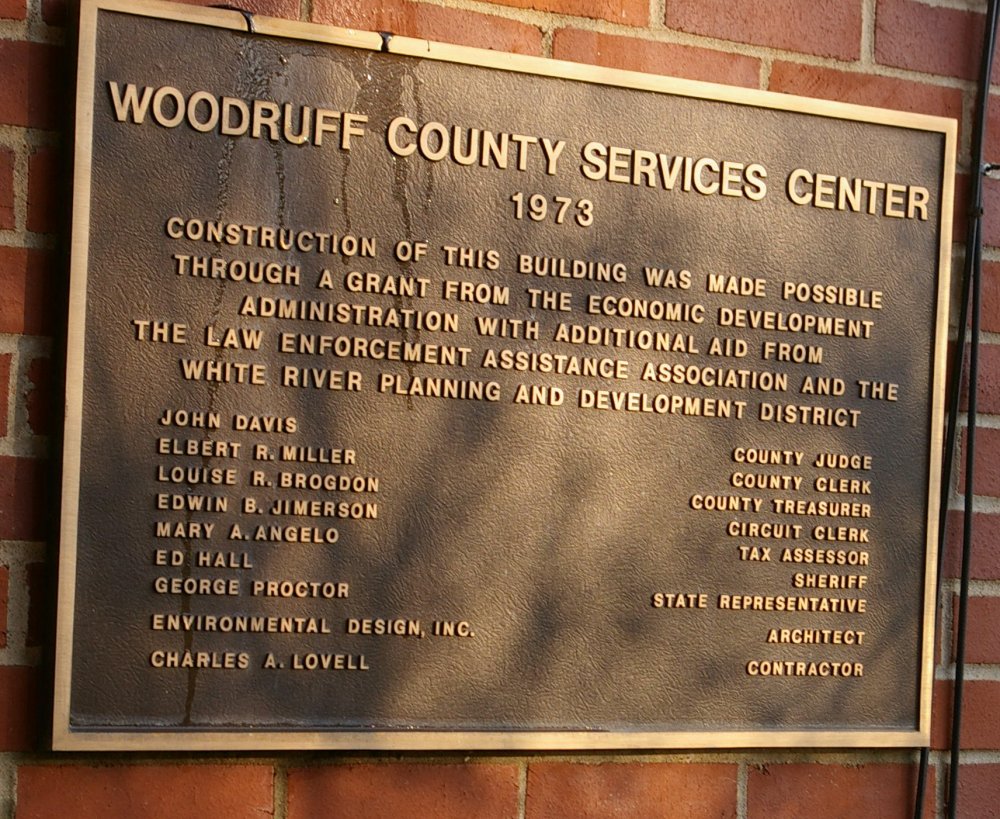