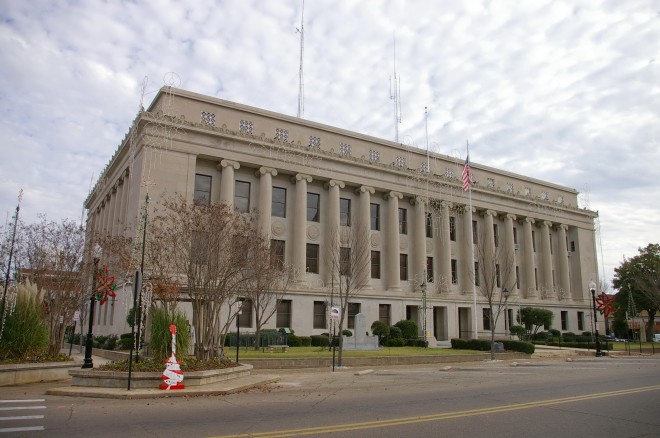 Union County is named for the concept of Union which was threatened later by the American Civil War.

Description: The building faces west and is a four story gray smooth-dressed limestone and concrete structure. The building is located on landscaped grounds in the center of El Dorado. The west front has a series of columns rising from the second story to the top of the third story. The building has 40 Ionic columns. The windows between the columns are recessed. There are exterior medallions of the scales of justice and lanterns. The fourth story is recessed. The building’s largest courtroom features a walnut wainscot, tromphe l’eil painting and scoring on textured plaster walls to resemble stone, and an ornately detailed plaster cast ceiling of gilded rosettes. The roof line is flat. The interior has a retangular atrium in the center with skylight. The large courtroom is located on the north side of the second story. 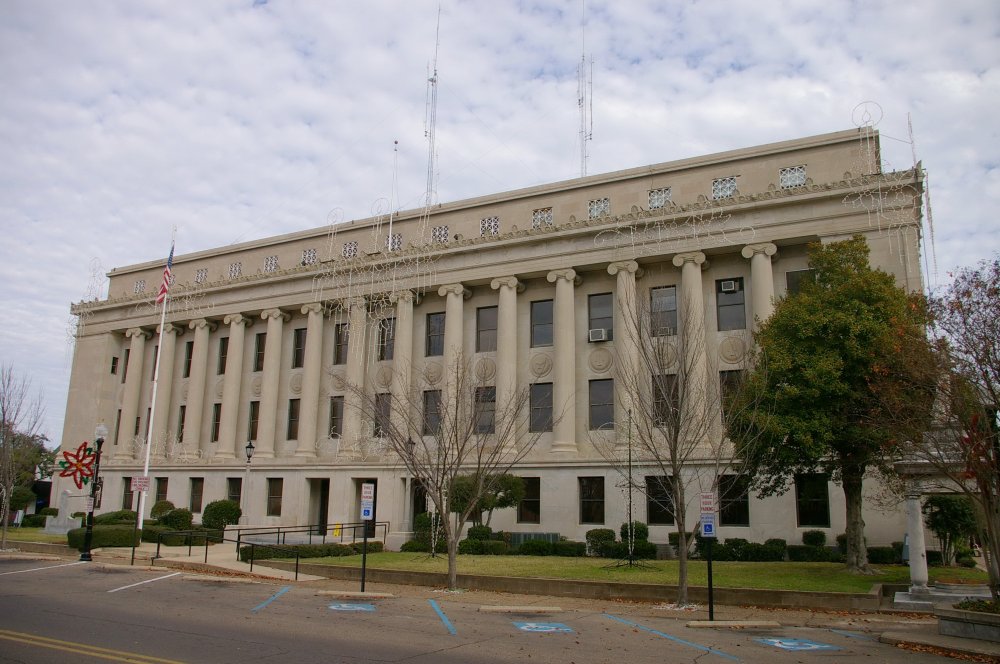 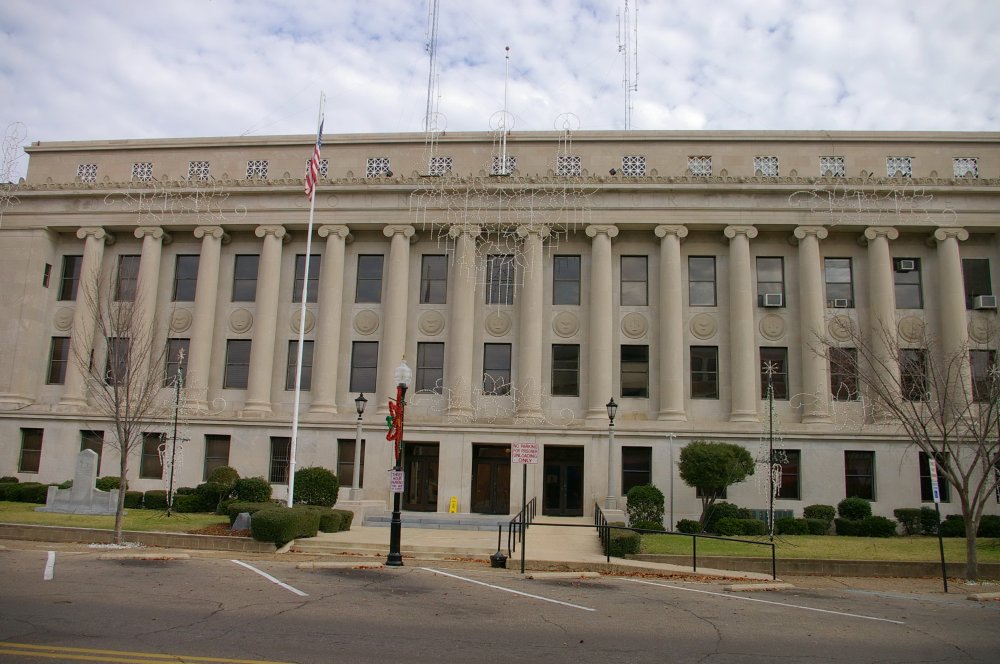 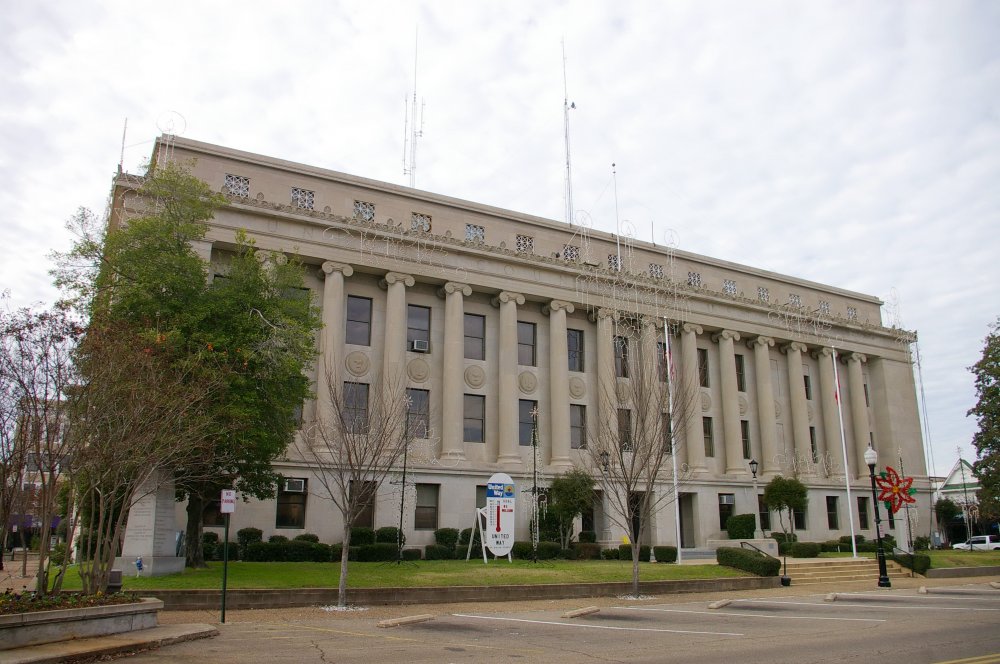 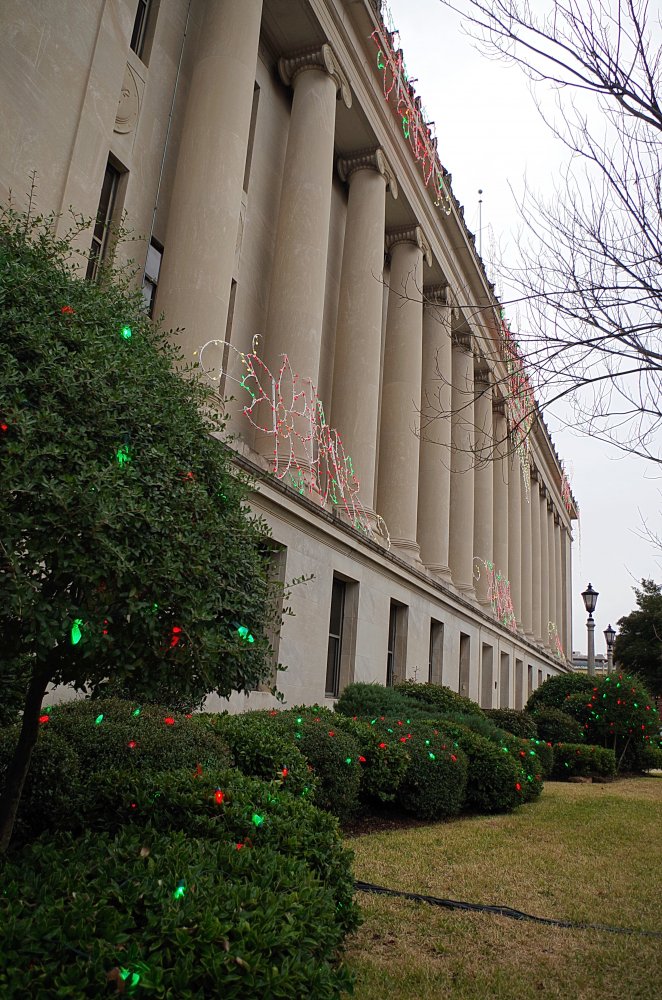 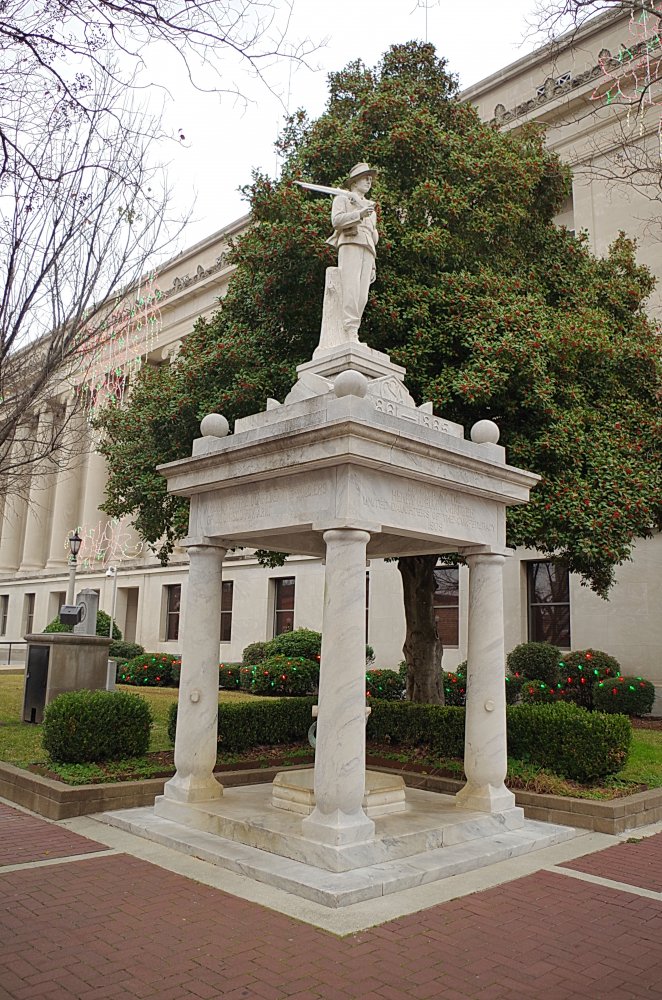 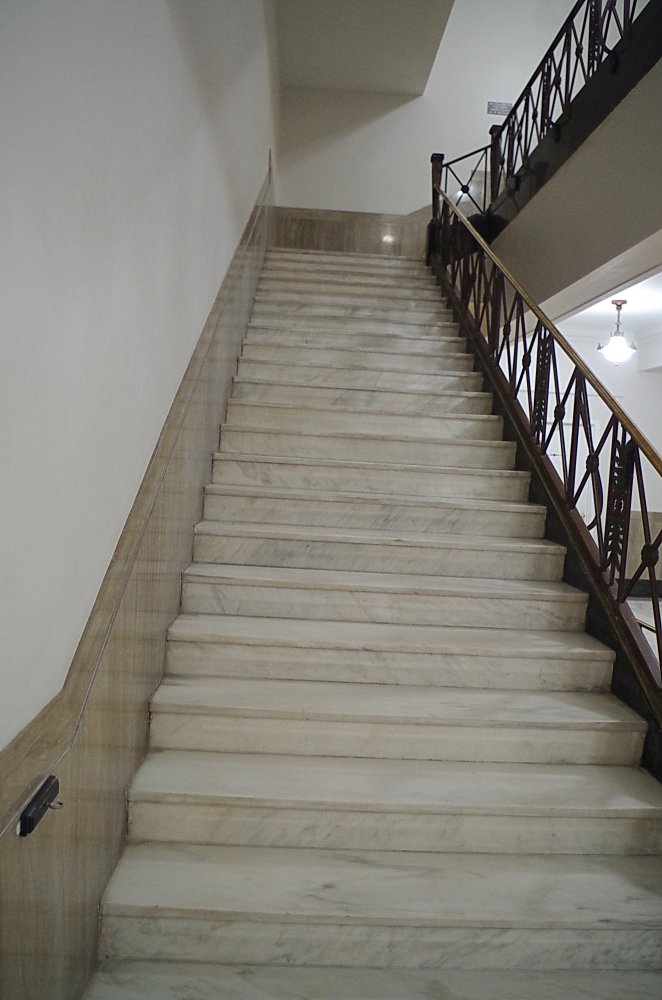 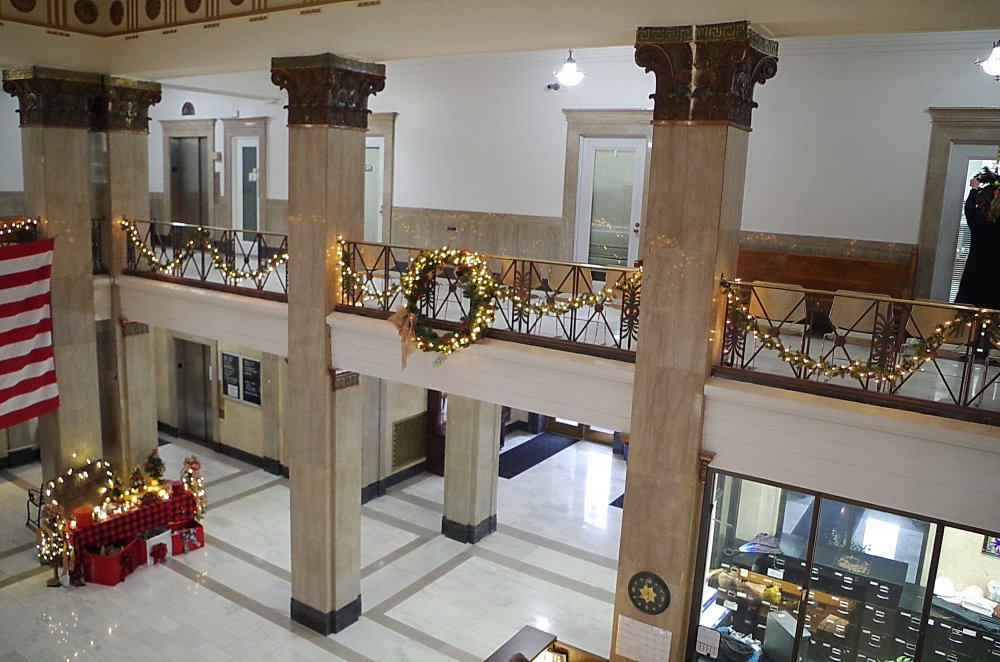 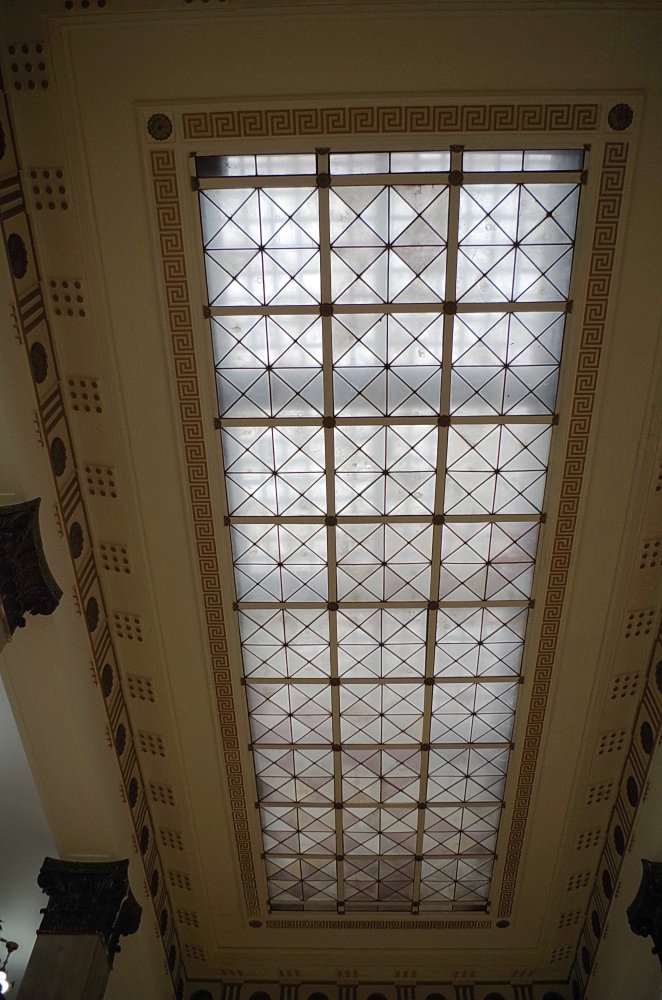