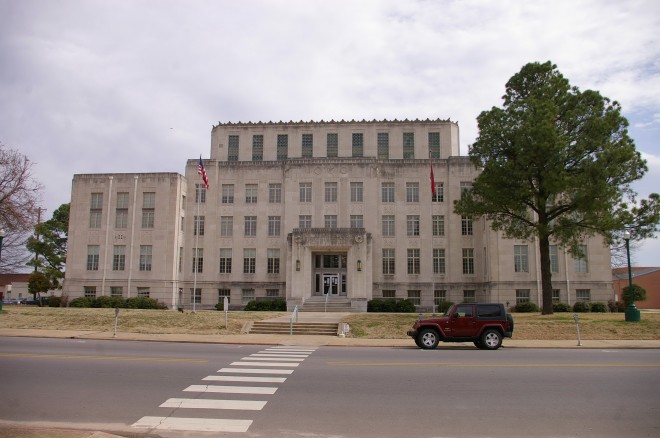 Sebastian County is named for William K Sebastian, who was a United States Circuit Court judge.

Description:  The building faces west and is a four story gray colored stone structure. The building is located on landscaped grounds in the center of Fort Smith. The west front has a central entrance framed with stone and projecting from the main building. The north and south wings project and are lower in height. The fourth story is recessed and has a decorative edge along the roof line. The building was constructed under the Federal Emergency Administration of Public Works.

Note:  The first court met in several buildings in Fort Smith. The first and previous courthouse was designed by Nier & Byran and constructed by M J Brennan in 1887. The building was remodeled by Jenings in 1910. The second and present courthouse was constructed in 1937.

Description:  The building faces east and is a two story red brick and concrete structure. The building houses the District Court. 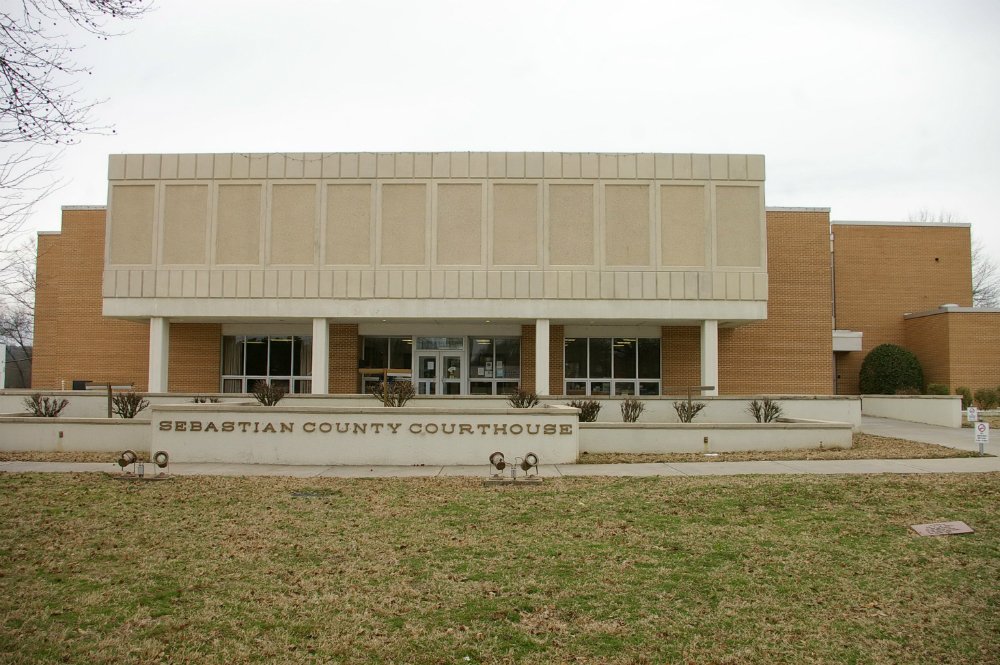 Description:  The building faces faces north and is a two story red colored brick and concrete structure. The building ias located on landscaped grounds in the center of Greenwood. The north front has a large overhanging section supported by four pillars. The glassed entrance on the first story is recessed. The building has a number of square corner sections. 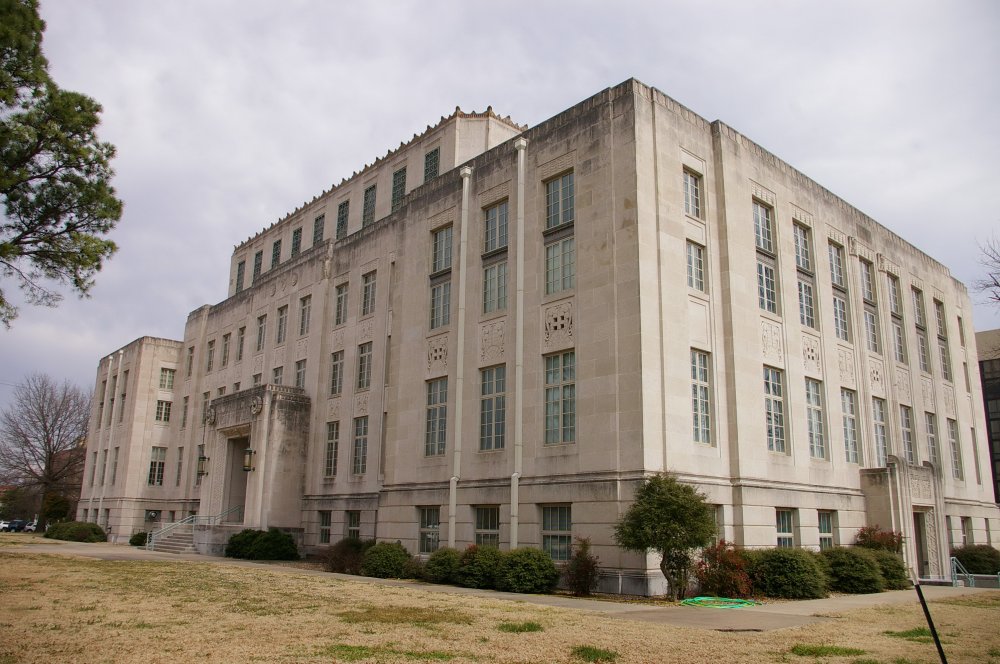 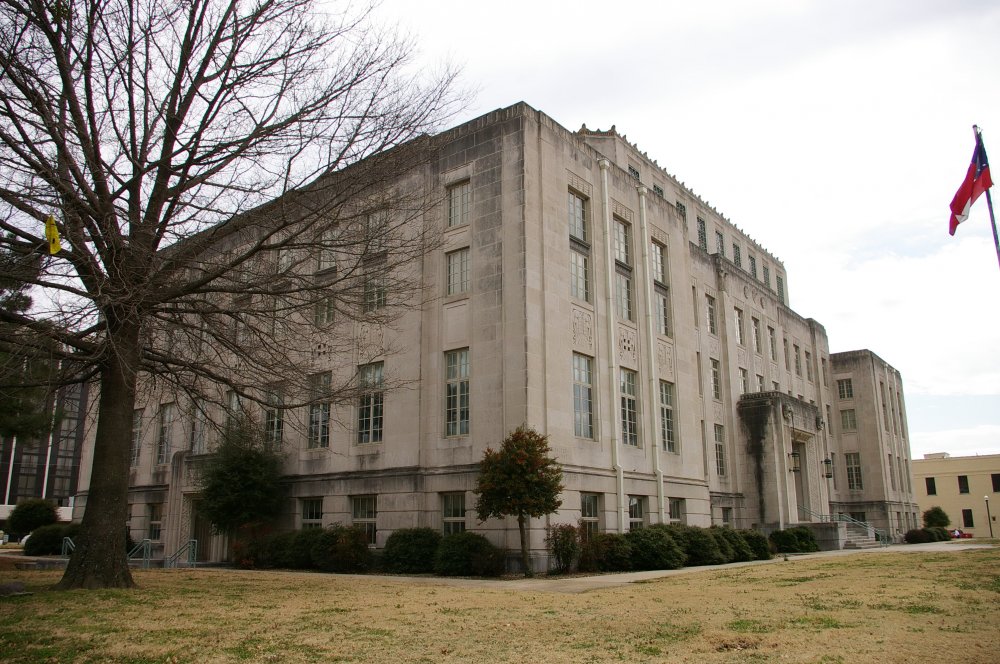 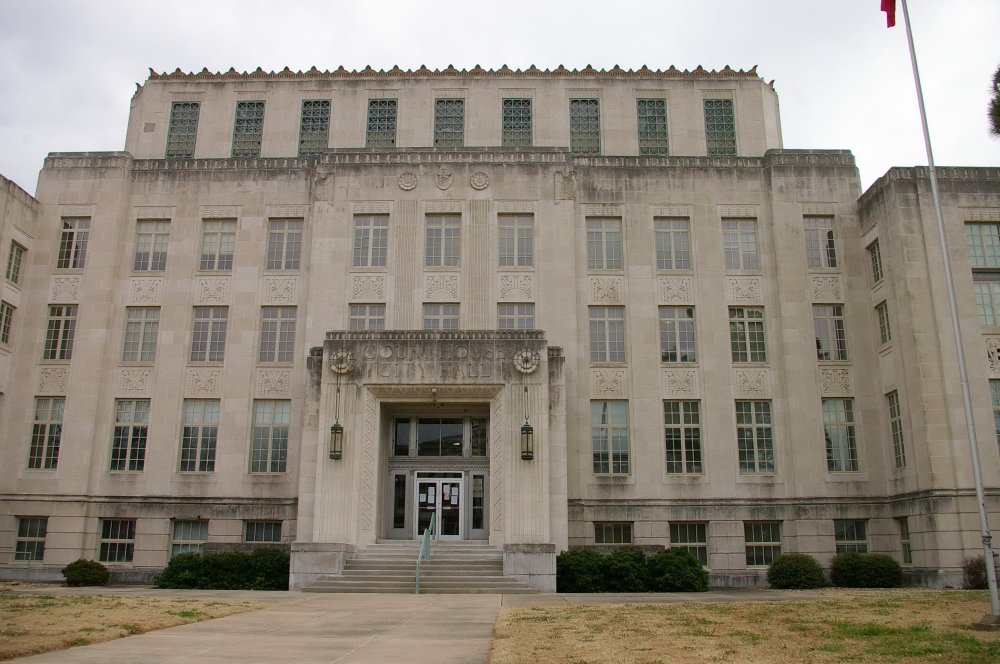 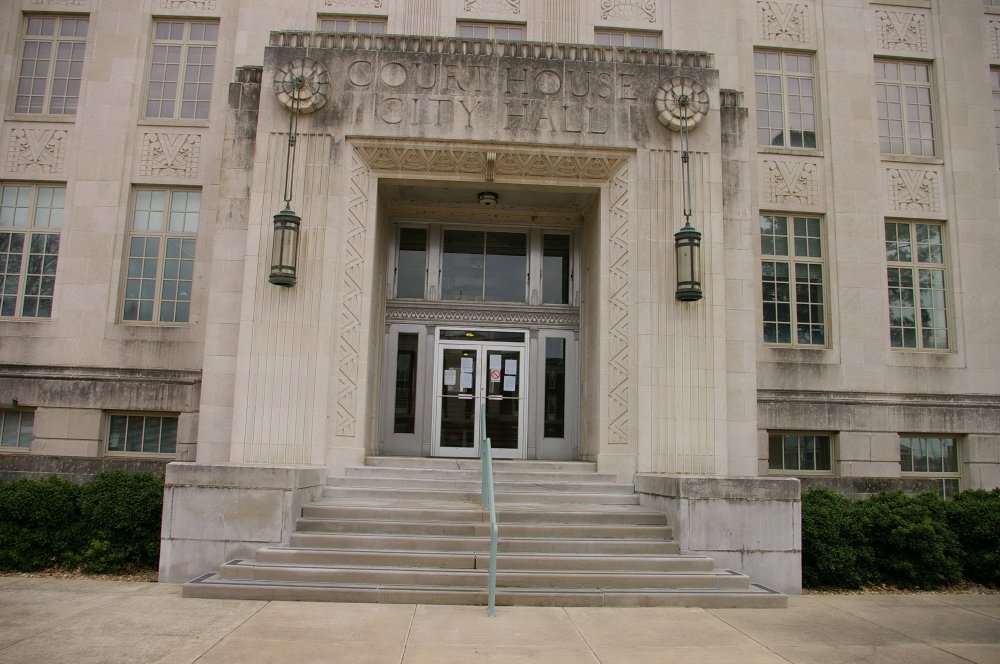 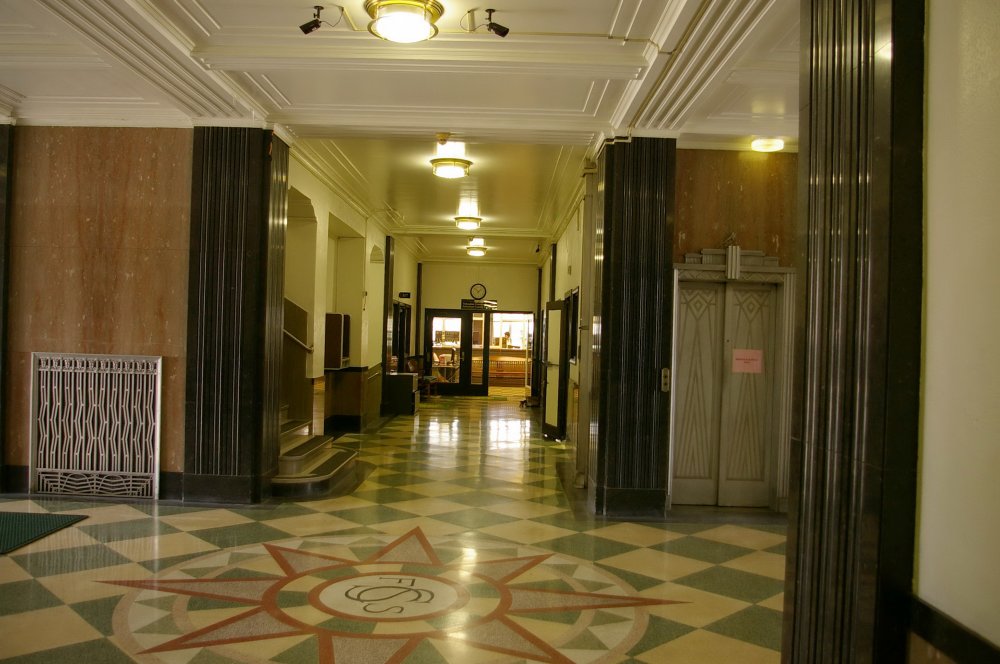 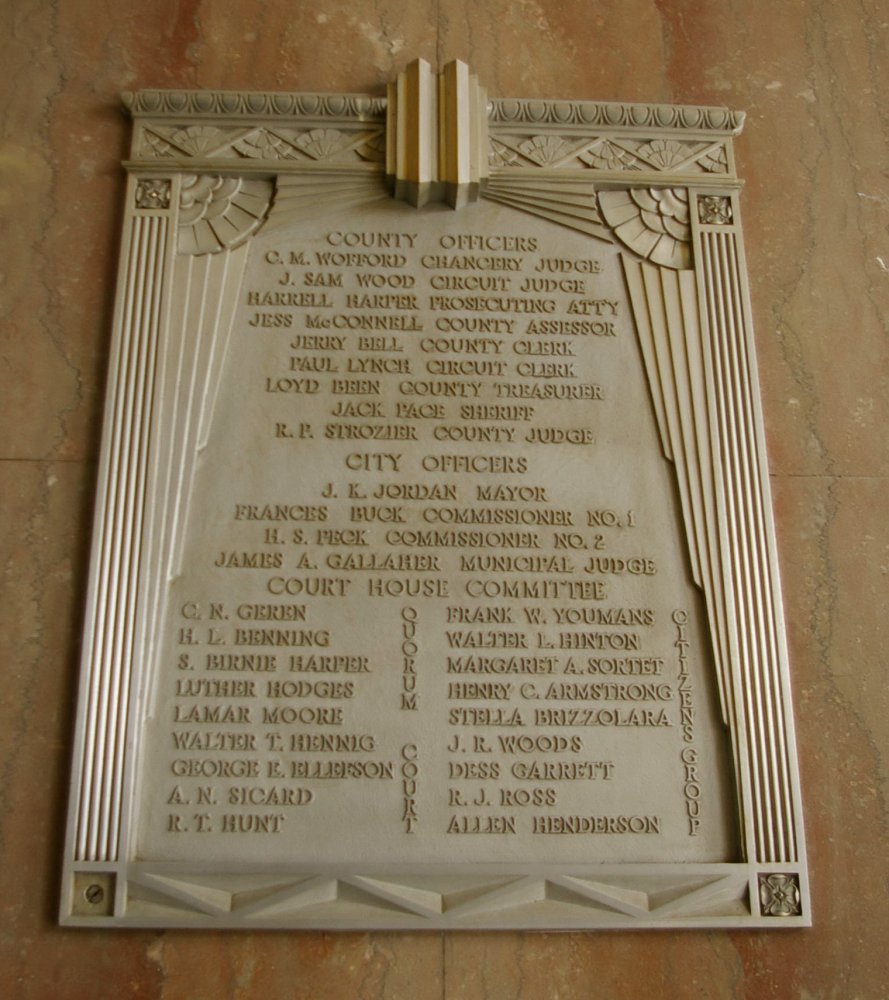 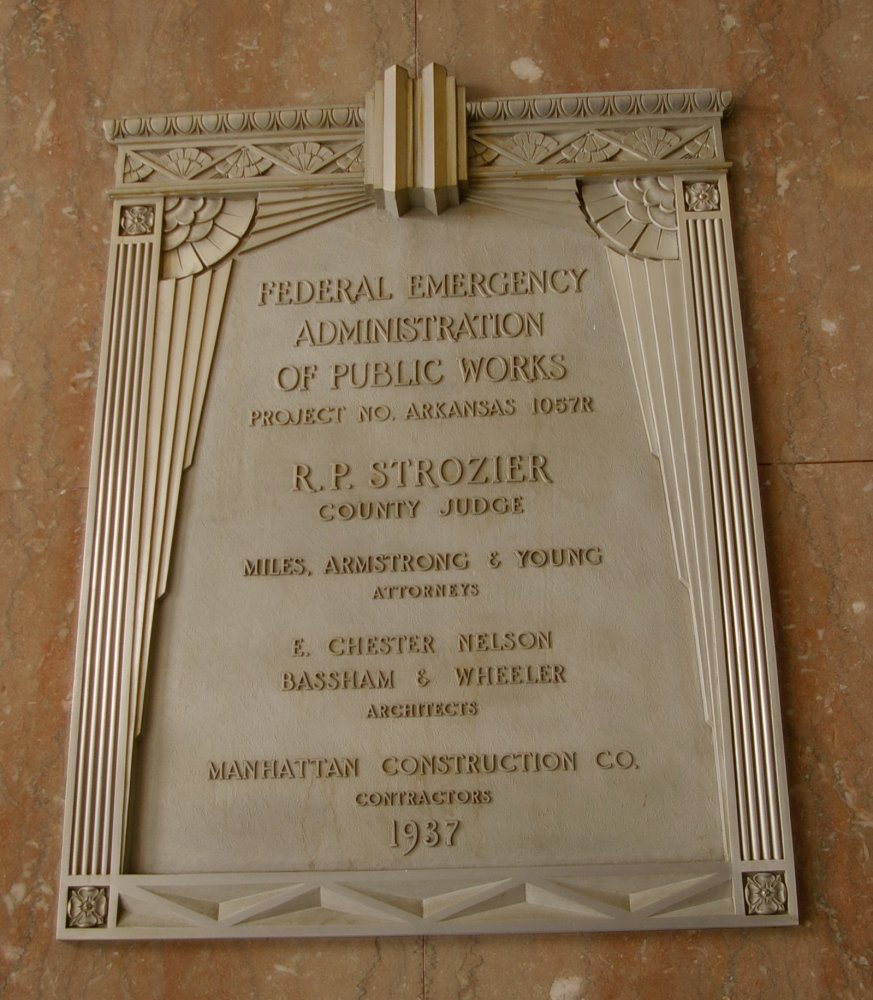 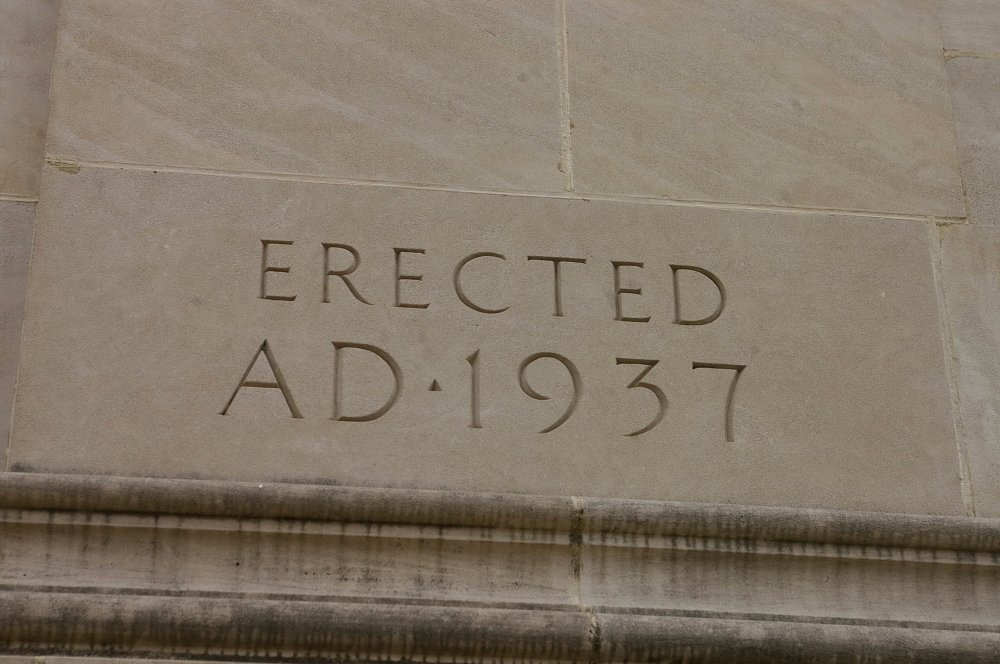 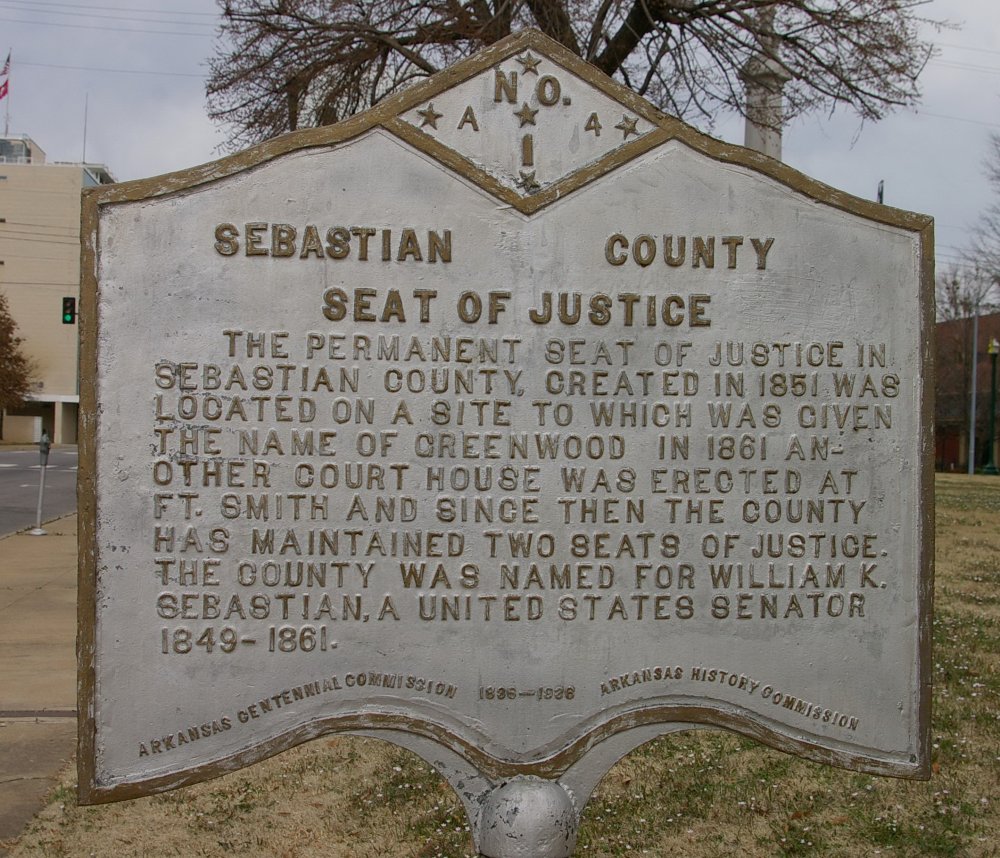