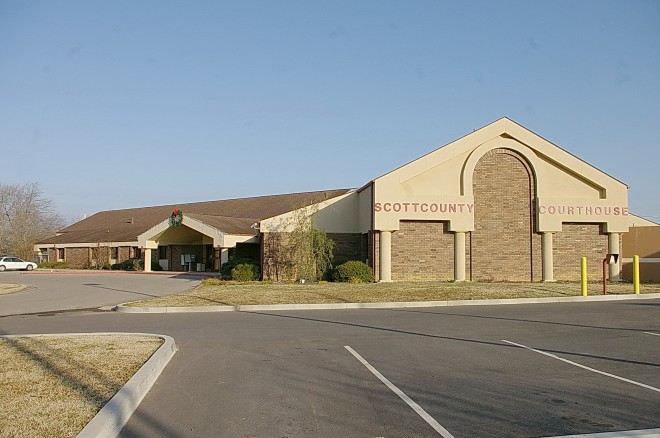 Scott County is named for Andrews Scott, who was a territorial judge.

Description:  The building faces south and is a one story buff colored brick and concrete structure. The building is located on landscaped grounds to the north of the the center of Waldron. The building is constructed in the form of a “Y” with a west wing and a north wing. The south entrance has a large canopy extending from the building and supported by two pillars. The southeast corner of the building rises to a pitched roof with columns rising to form an arch in the centre. The roof is sloped. 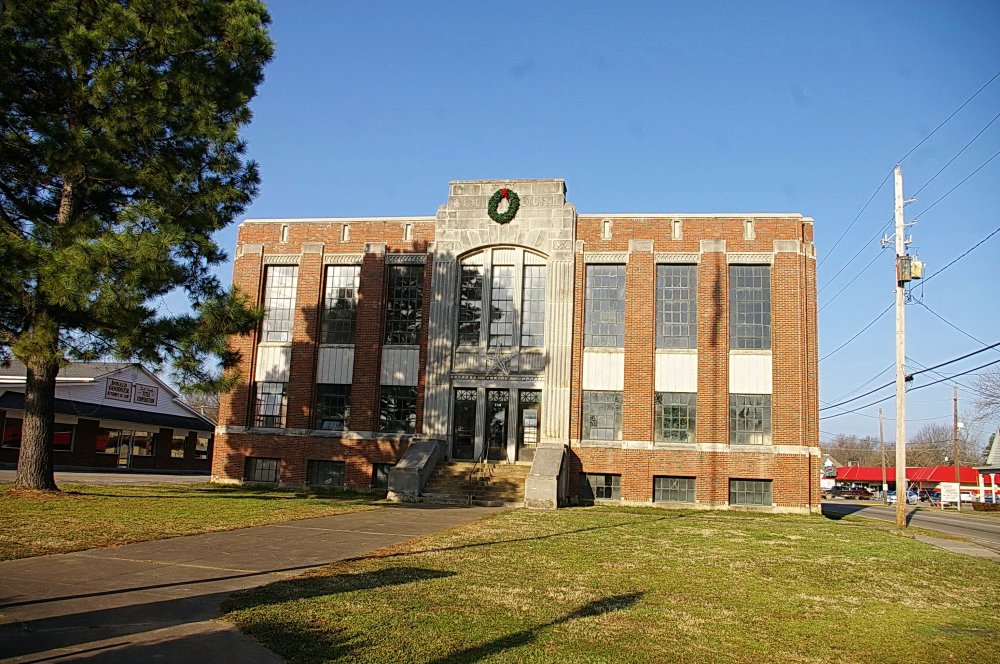 Description:  The building faces  faces east and is a two story red colored brick and stone structure. The building is located on landscaped grounds of Courthouse Square in the center of Waldron. The east front has a large stone section rising above the roof line. There is stone trim along the windows. The roof line is flat. The former courtroom was located on the second story and the third story housed the jail.

Note: The first courthouse courthouse in 1833 was Featherstone’s log barn in Waldron. The second courthouse was built in 1859 next to the barn and was burned in 1864 during the Civil War. The third courthouse was a two story frame structure built by Mr. Creech and J L McCartney. The building was destroyed by fire in 1933. The fourth courthouse was constructed in 1933 to 1934. 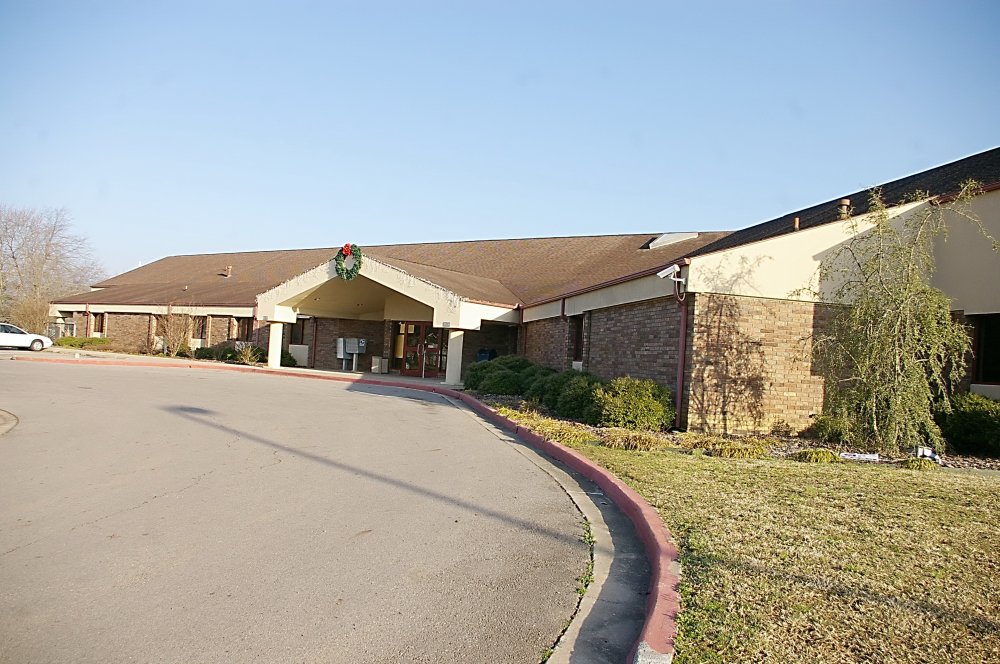 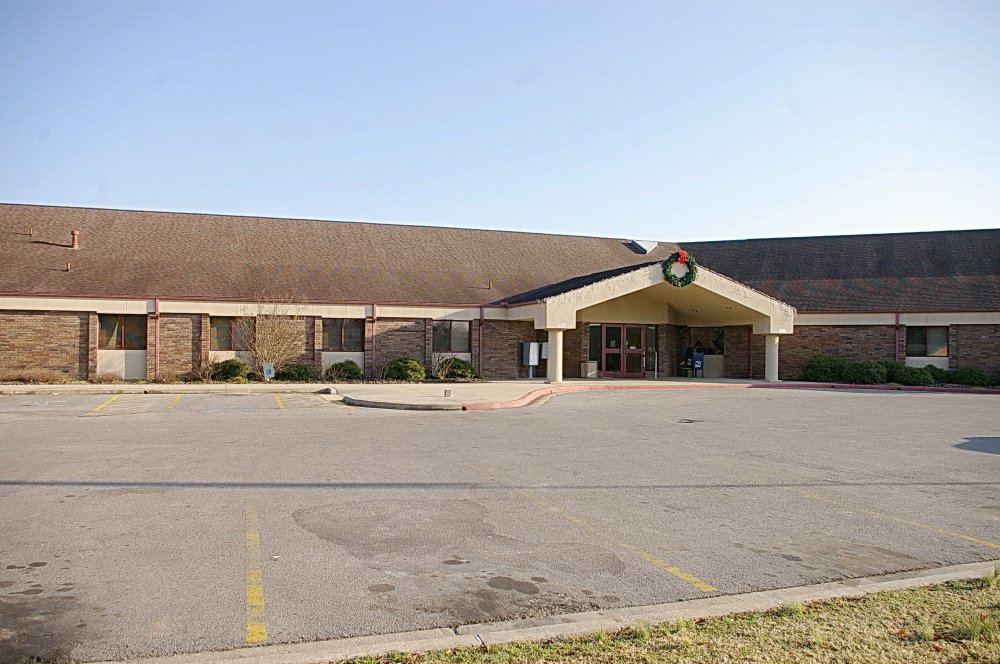 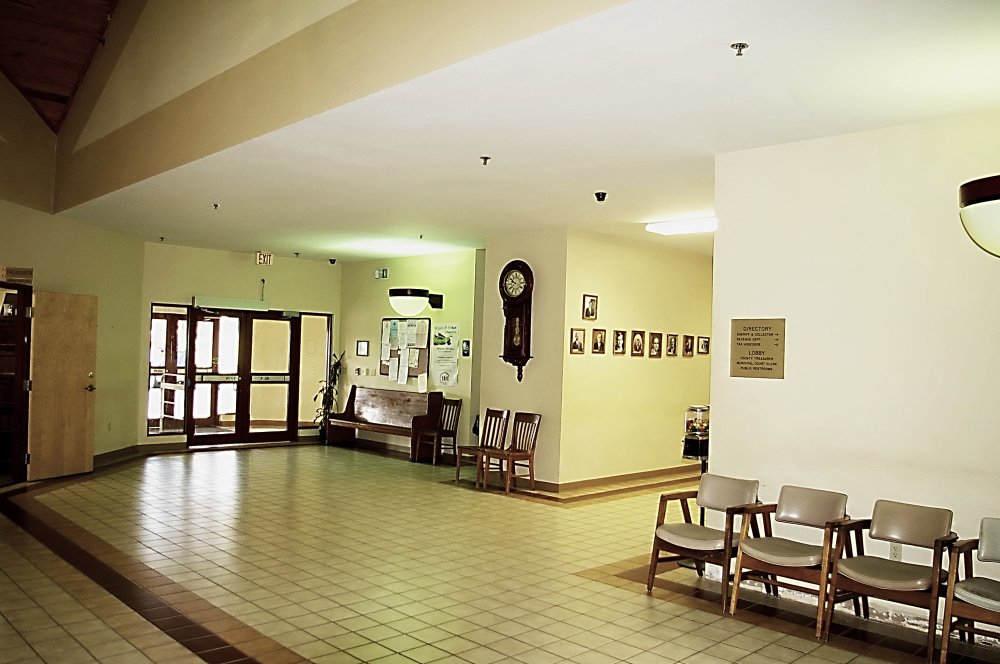 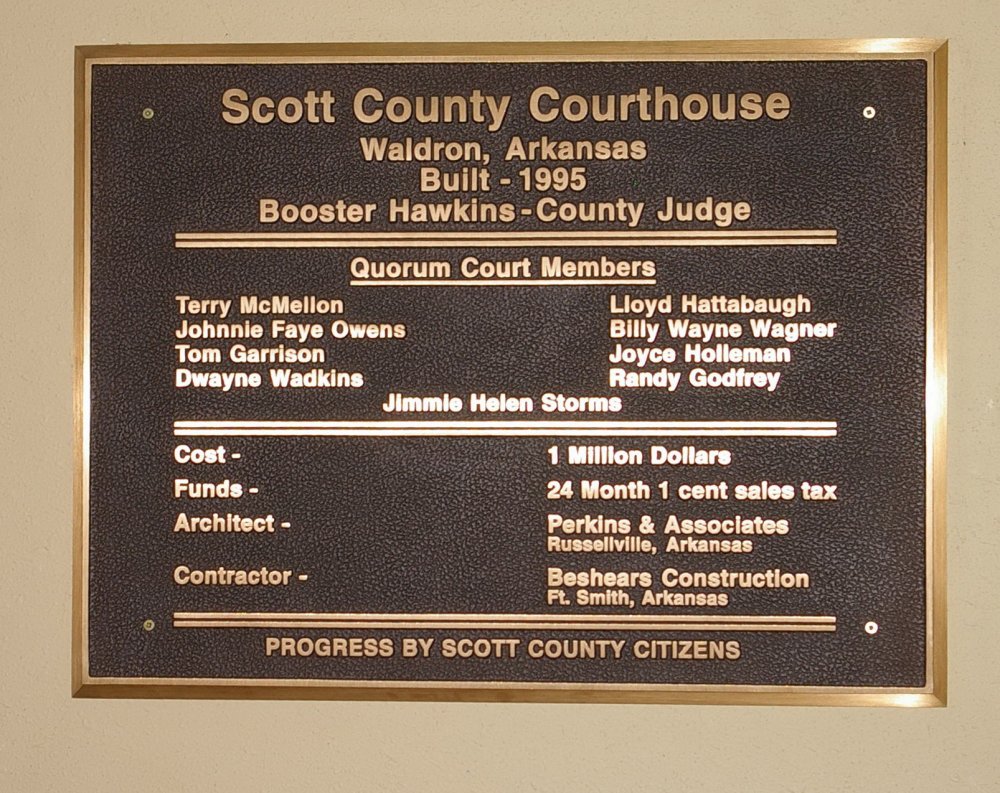 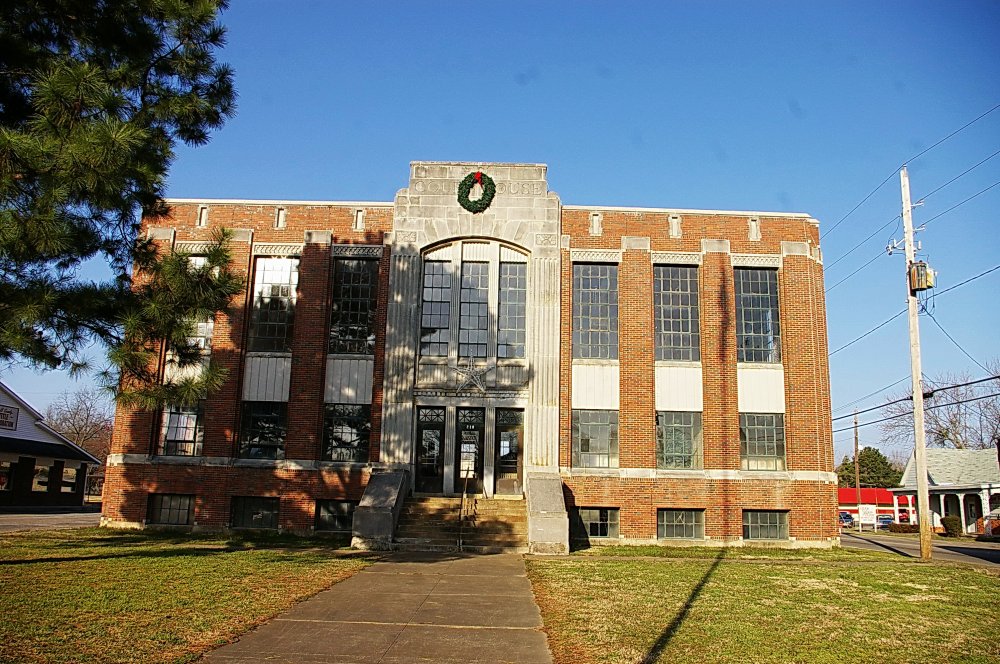 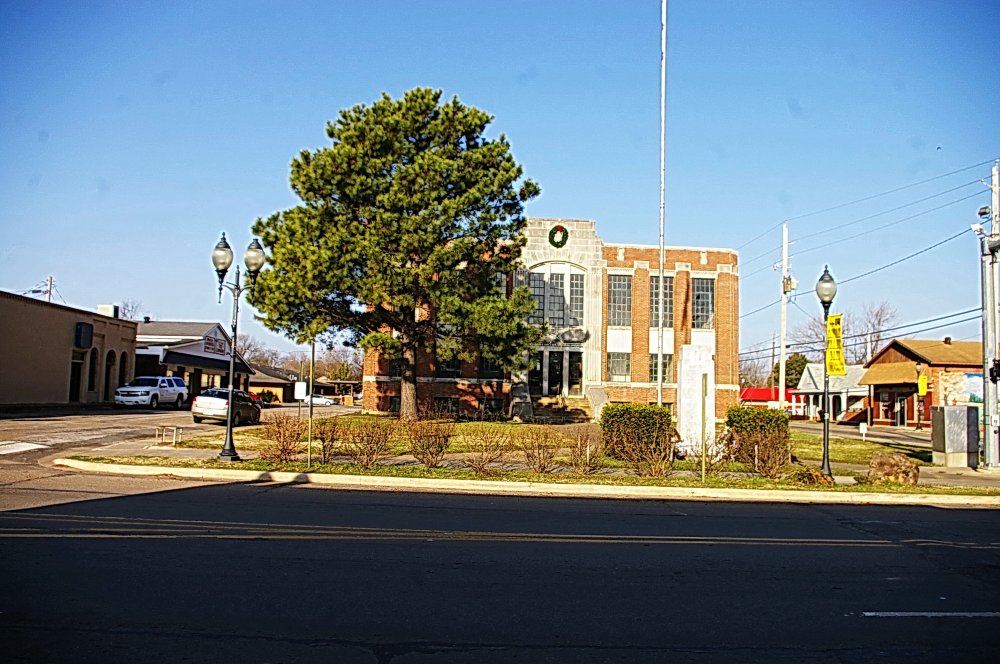