Prairie County is named for the Grand Prairie of eastern Arkansas.

Description:  The building faces south and is a two story red colored brick and concrete structure. The building is located on spacious landscaped grounds in the center of Des Arc. The south front has a two story porch with four white colored columns rising to a header at the top of the second story, The east and west corner sections slightly project from the building. On the center of the hipped roof is a raised dormer and at the center rises a high square red brick clock tower. The building burned in 1911 and was rebuilt in 1913. The architect was R P Morrison and the contractor was C S Proctor.

Note:  The first courthouse was erected in 1846 in the town of Brownsville, where it remained, until 1873, when it was removed to DeVall’s Bluff. In 1875, the county seat was moved to Des Arc. 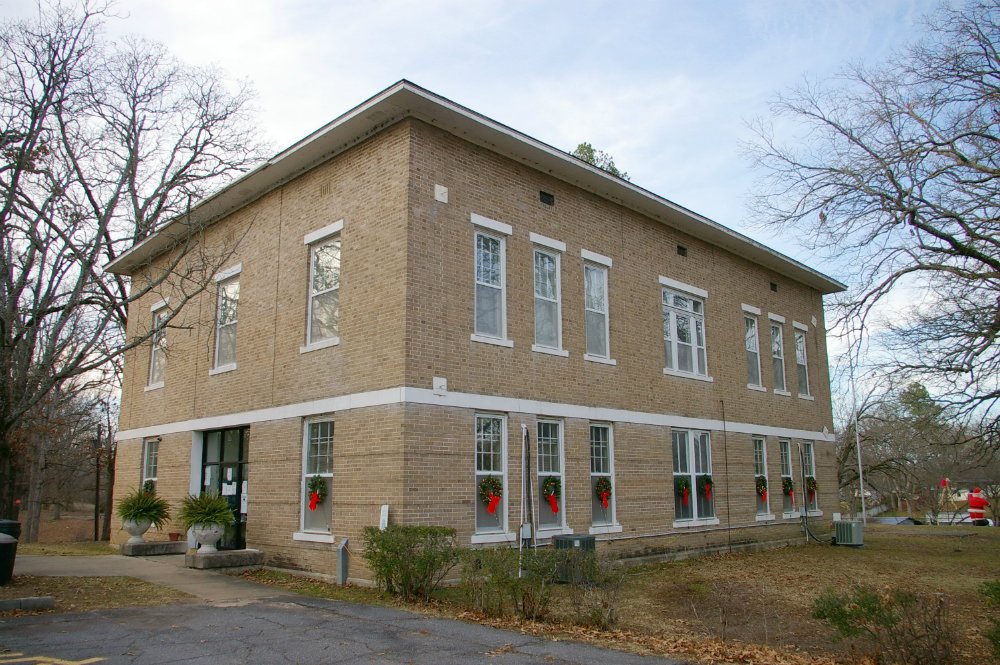 Description:  The building faces north and is a two story buff colored brick and concrete structure. The building is located on spacious landscaped grounds in the center of De Valls Bluff. A white colored horizontal band runs between the first and second stories. There are entrances on the south and north sides. The roof is hipped. The building was remolded in the 1930’s under the Works Progress Administration. 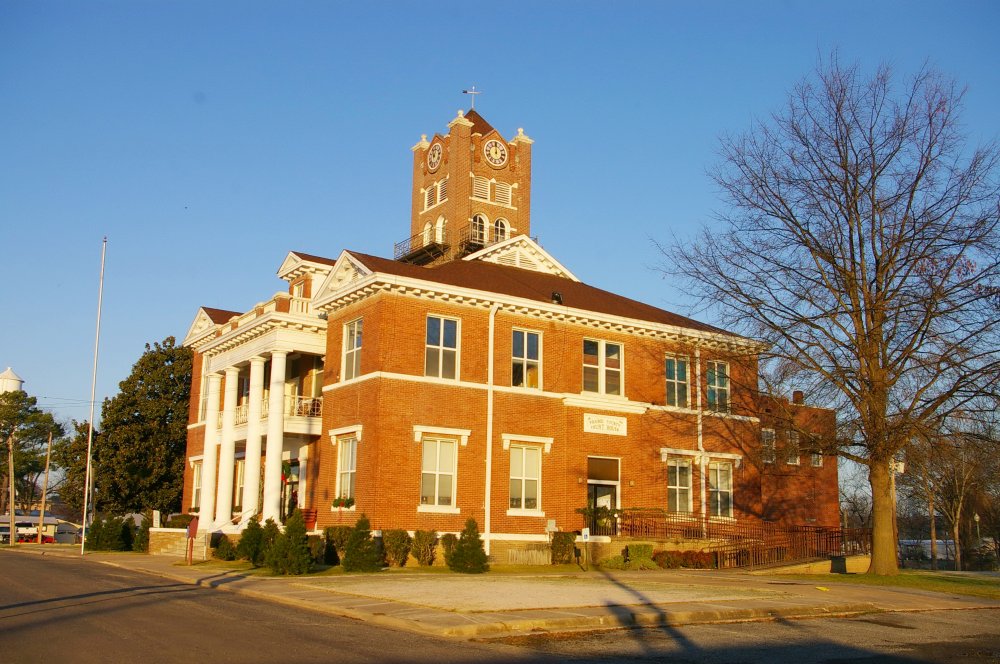 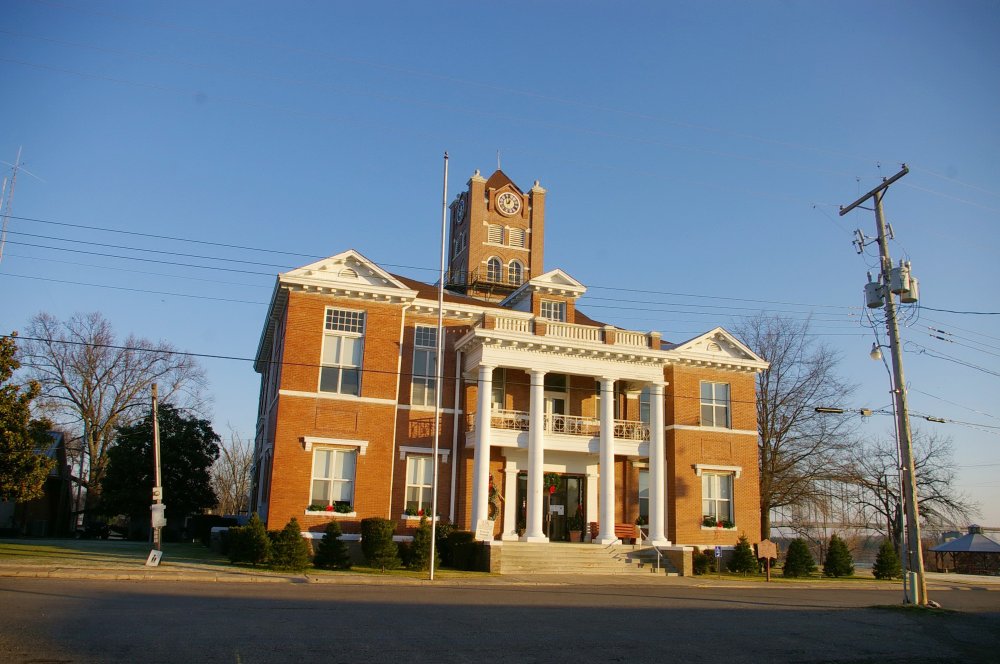 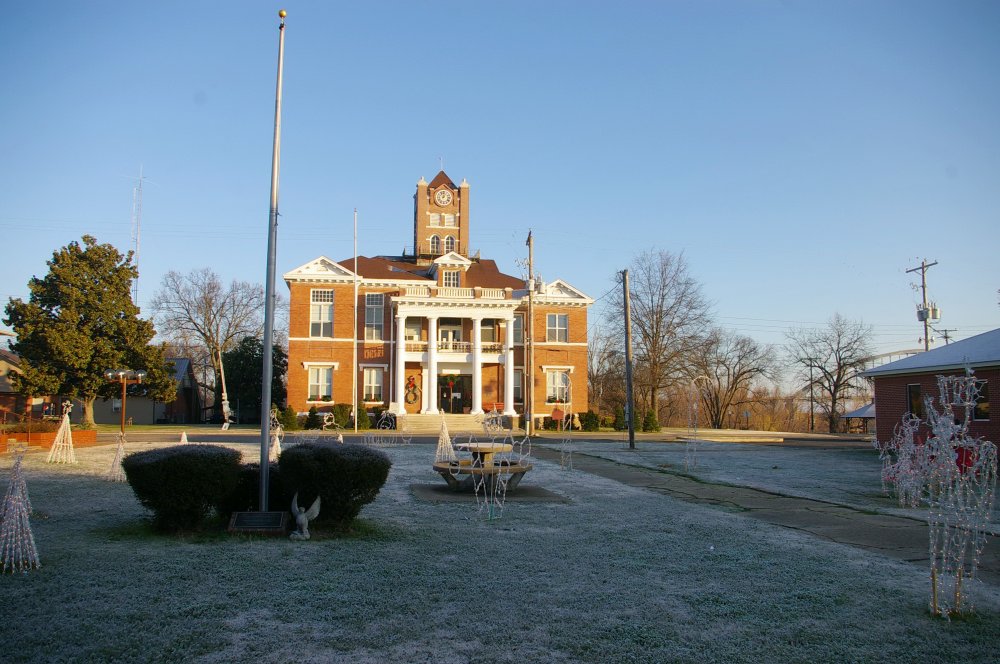 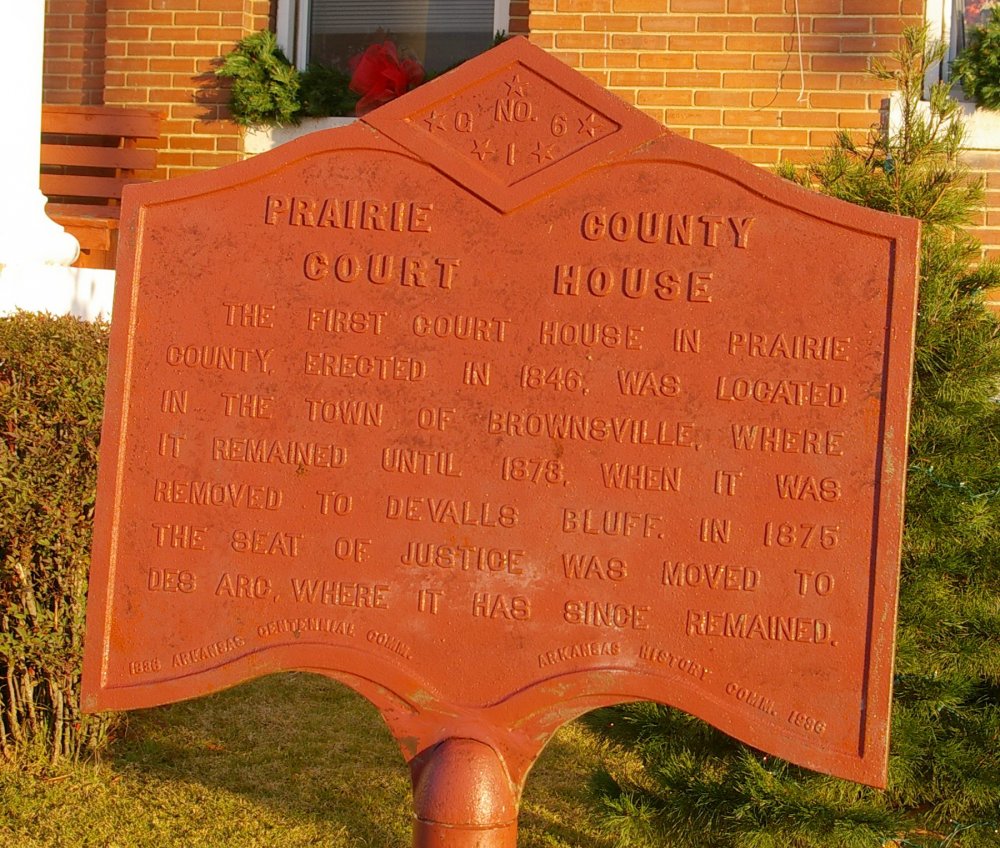