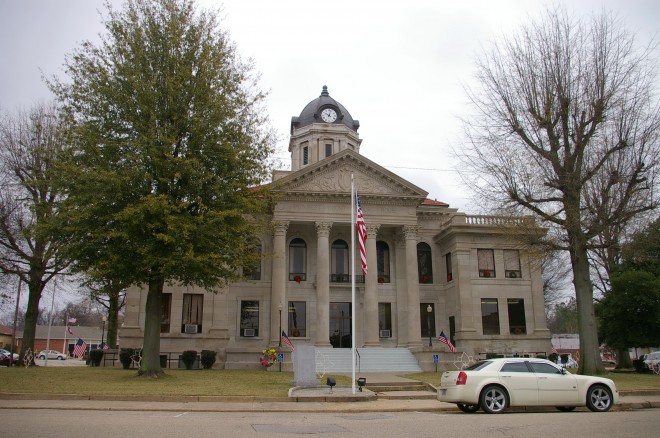 Poinsett County is named for Joel Roberts Poinsett, who was a United States Secretary of War and namesake of the “poinsettia”.

Description:  The building faces west and is a two story gray colored Bedford stone and sandstone structure. The building is located on landscaped grounds in the center of Harrisburg. The west front has a large portico with four columns rising to a pediment at the roof line. The east side has a similar portico. A balustrade runs along the roof. A large octagonal shaped dome is at the center of the roof with clock and black colored dome at the top. The roof has red colored tiles.

Note:  The previous courthouse was constructed by Alexander Hamilton in 1858 at a cost of $8,800 and was destroyed by fire in 1917. The cost of construction of the present courthouse was $200,000. 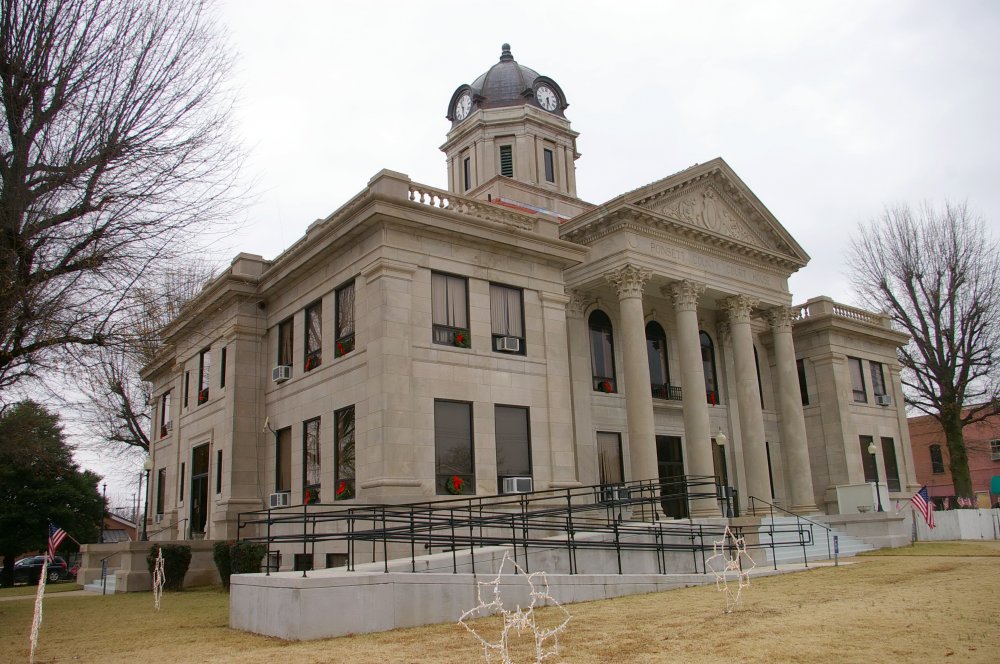 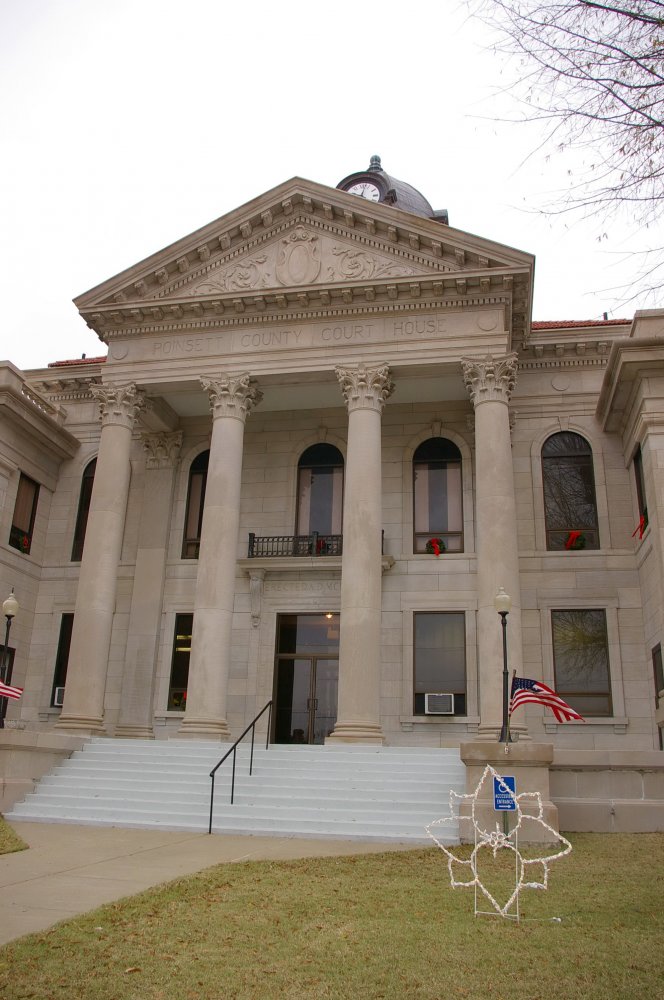 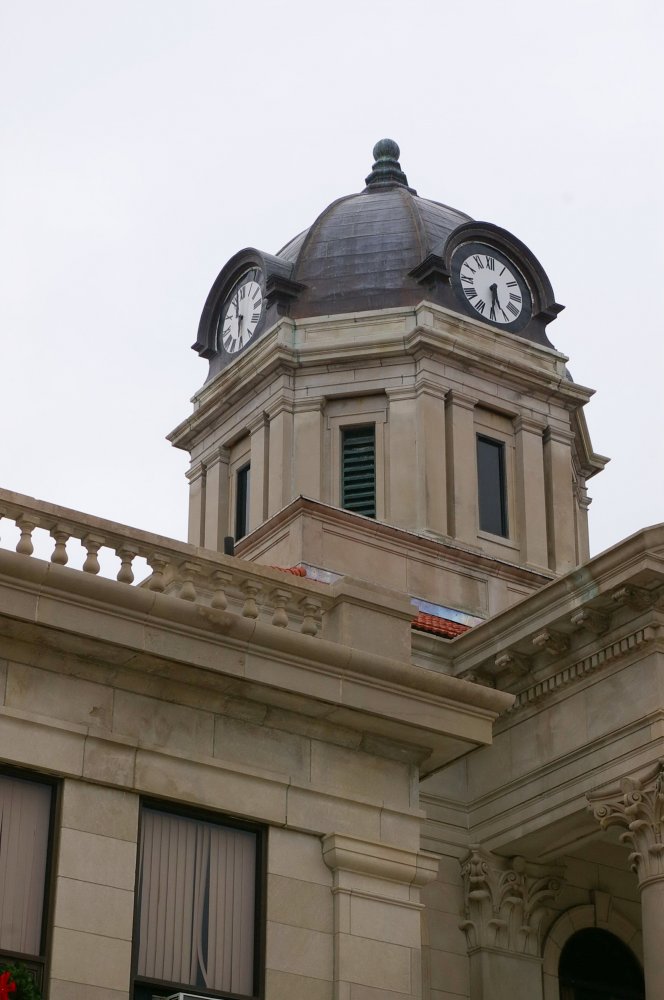 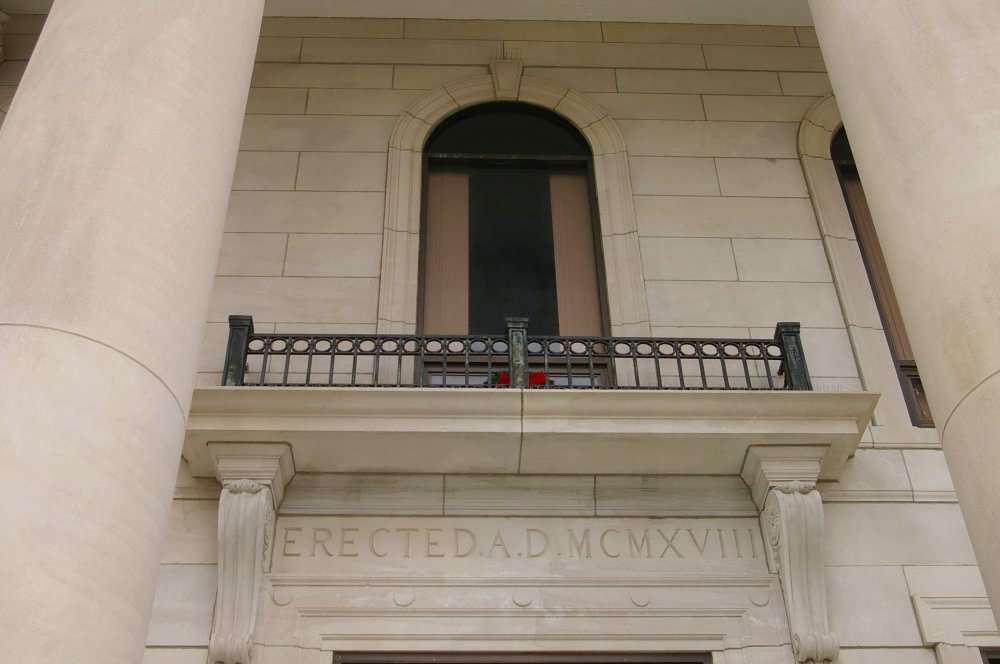 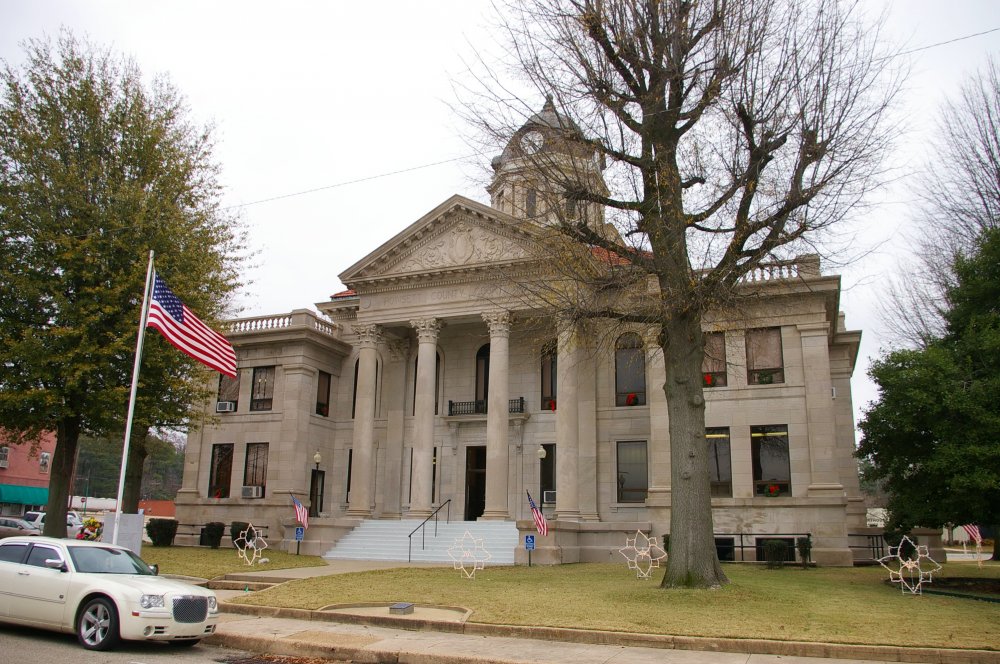 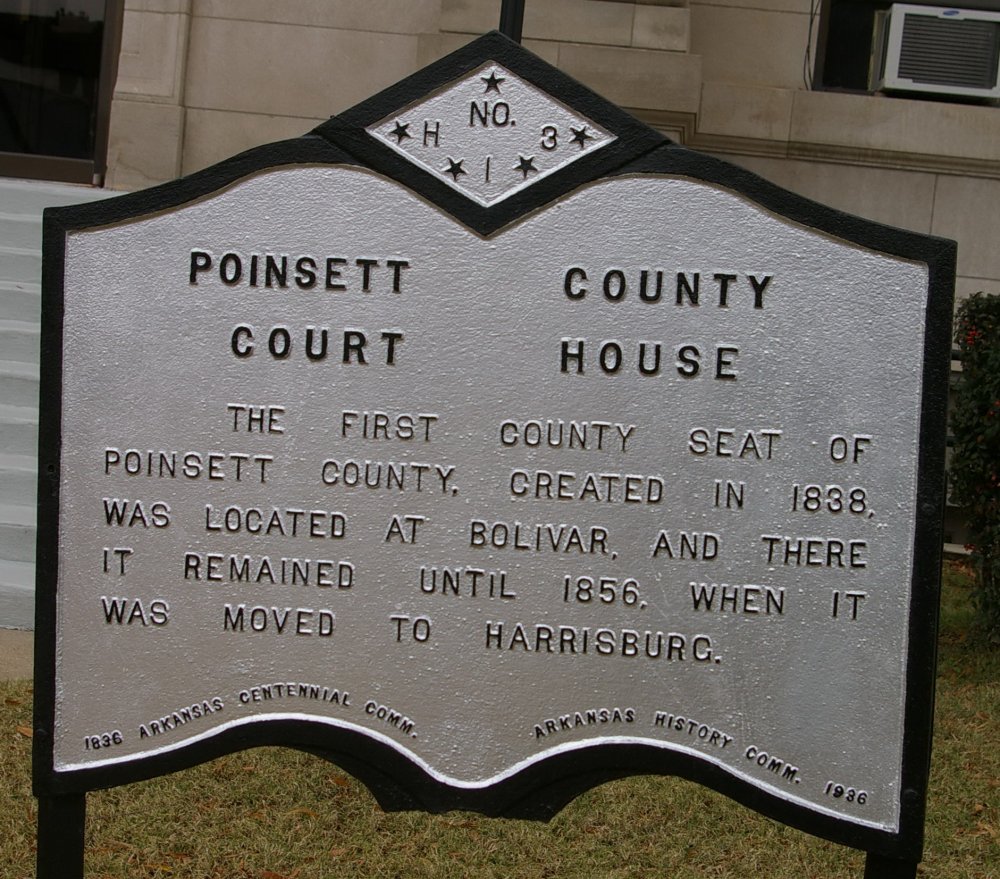