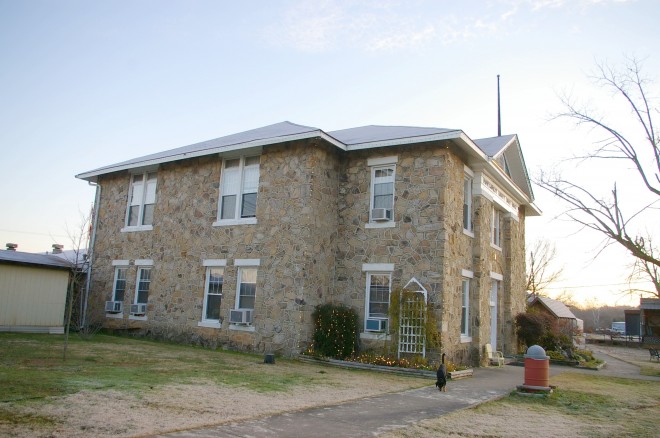 Description:  The building faces south and is a two story brown colored native stone structure. The building is located on landscaped grounds in the center of Mount Ida.  The pilasters sustaining the front pediment are formed with rough stone from local fields. The building has a hipped roof.The building was remodeled in 1975 and a one story addition was constructed on the north side.. On the east side is a one story red colored brick structure which contains a courtroom. 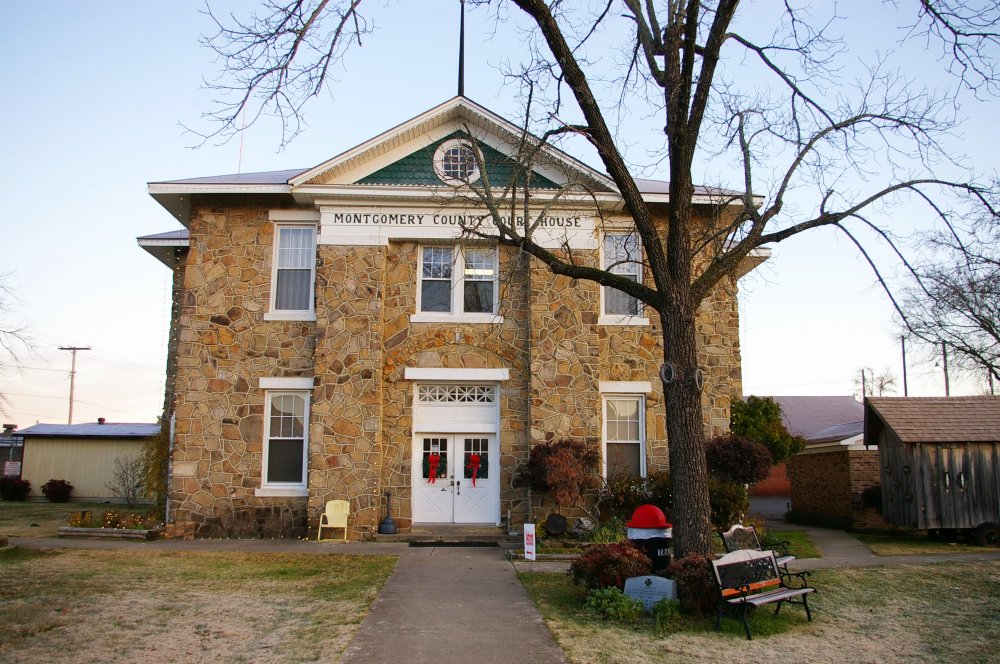 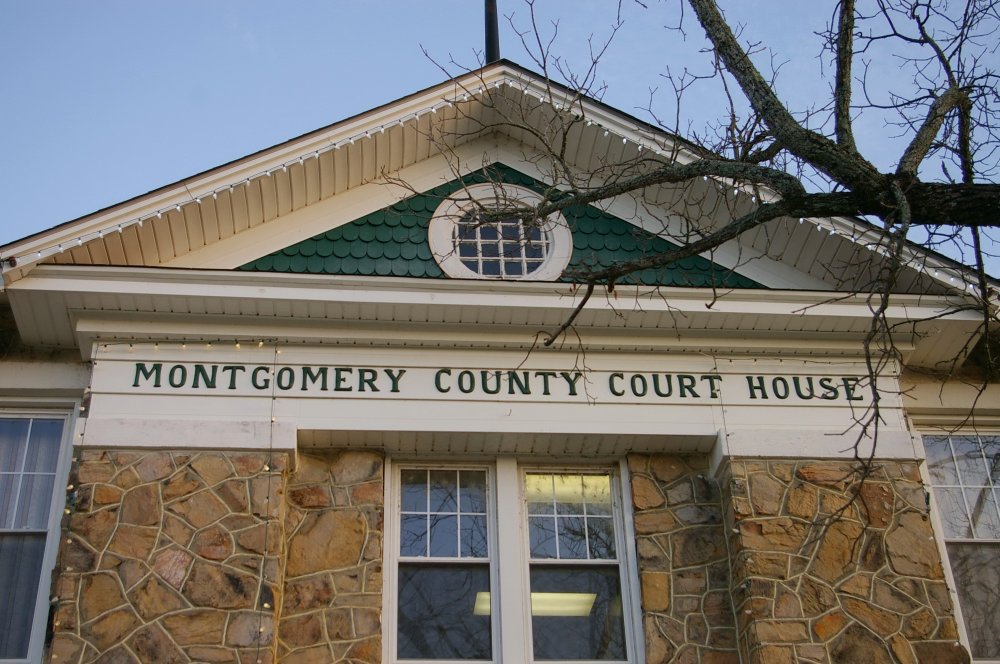 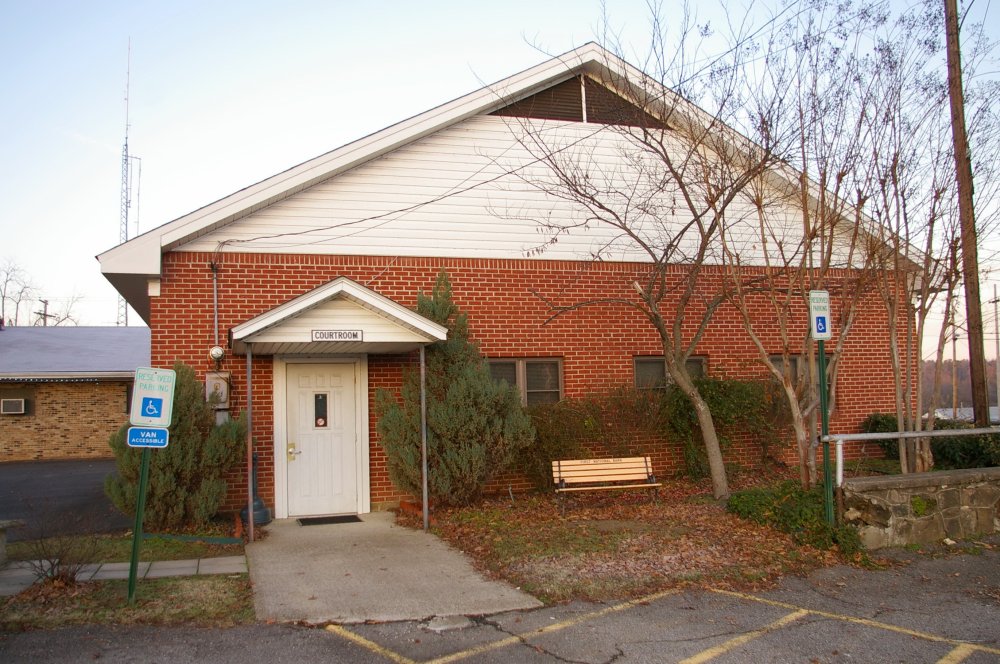