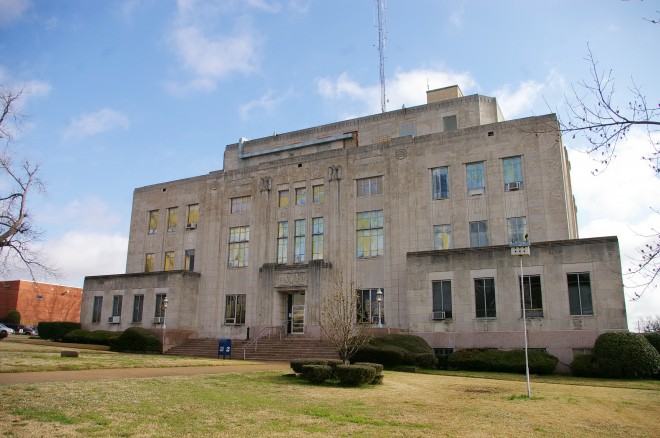 Miller County is named for James Miller, who was the first Governor of the Arkansas Territory. 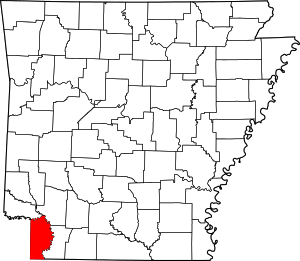 Description:  The building faces west and is a four story cut limestone and concrete  structure. The building is located on landscaped grounds in the center of Texarkana. The west front has a stone framed central entrance on the first story. There is ornamentation on the stone facing. The north and south one story wings project from the main building. The fourth story is recessed. The building has a flat roof line. The interior hallways and lobby are elegant, with pink marble floors and maroon marble wainscoting below rose-beige walls. The color pattern is representative of the era’s style. The main courtroom is located on the second story and has a colorful white ceiling, gold painted molding, green stucco walls, and wooden wainscoting left in its natural finish. A second smaller courtroom is located on the third story. The fourth story contains the jail. The building houses the County Circuit Court of the South 8th Judicial District. An addition was constructed on the east side in 1974. The architect was Reinheimer, Cox, Crumpton & Associates and the contractor was E W Johnson Construction Company.

History:  The county was created in 1874 and Texarkana was selected as the county seat. The first court met at the home of John Hall. The first courthouse was a two story brick structure designed by Gibbs & Bretsacher and constructed by Clark & Johnson in 1888. The building was condemned and demolished. The second and present courthouse was constructed in 1938 to 1939. 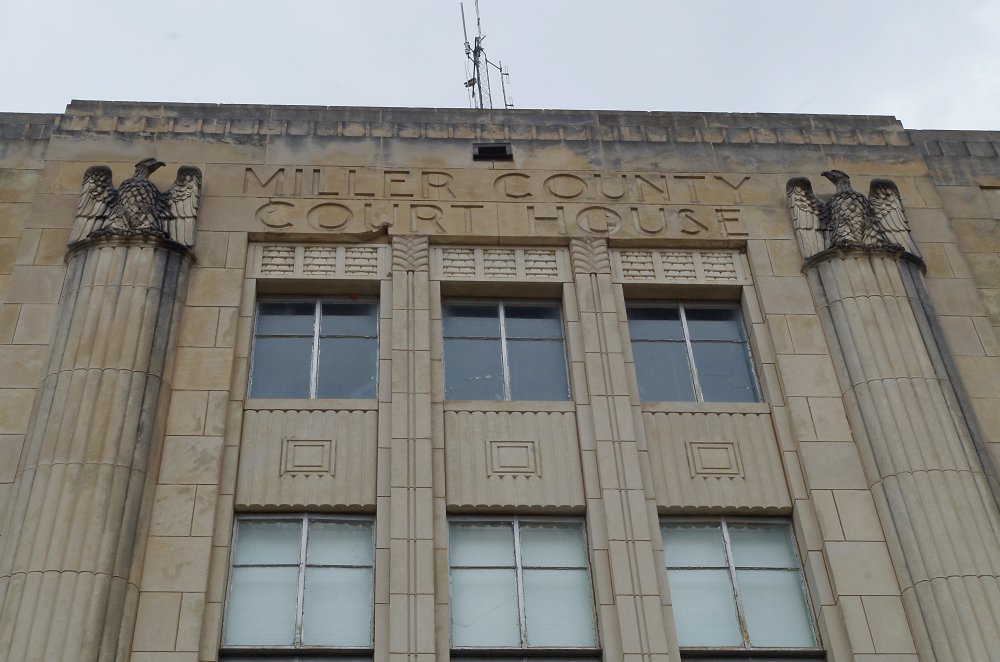 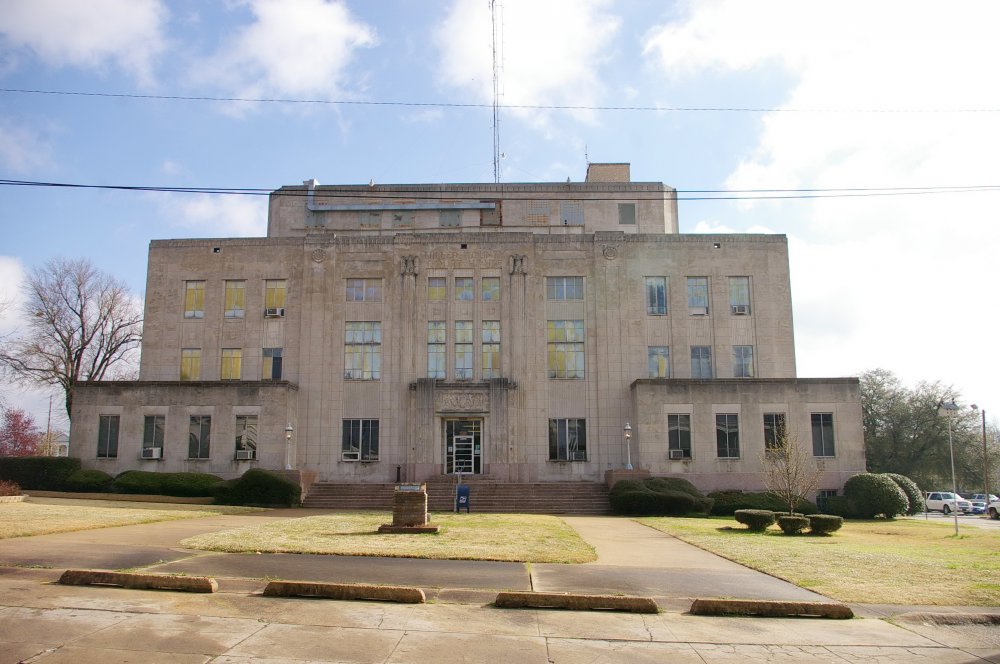 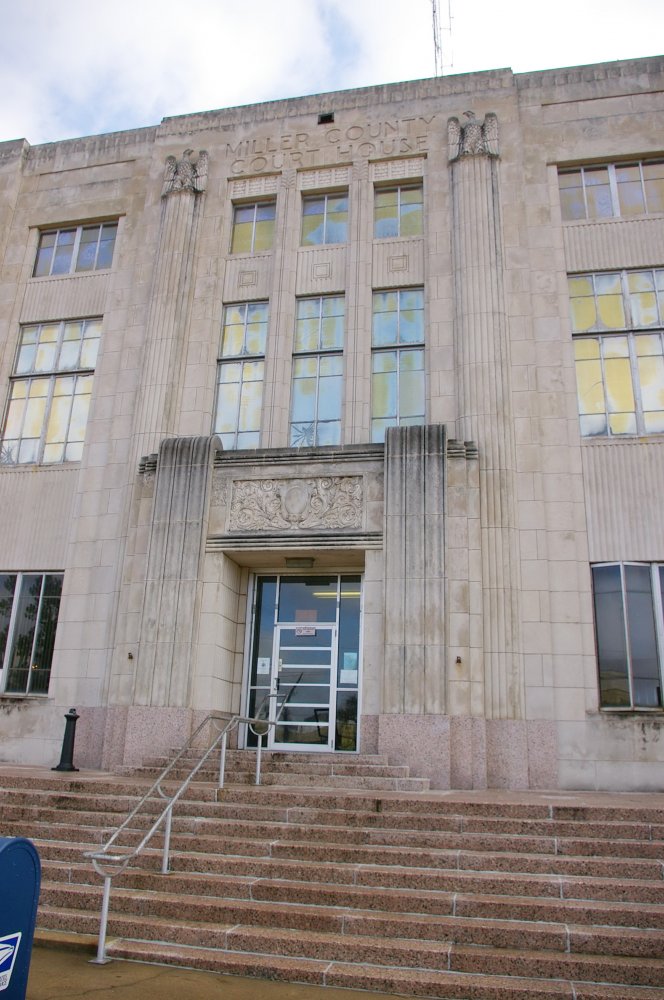 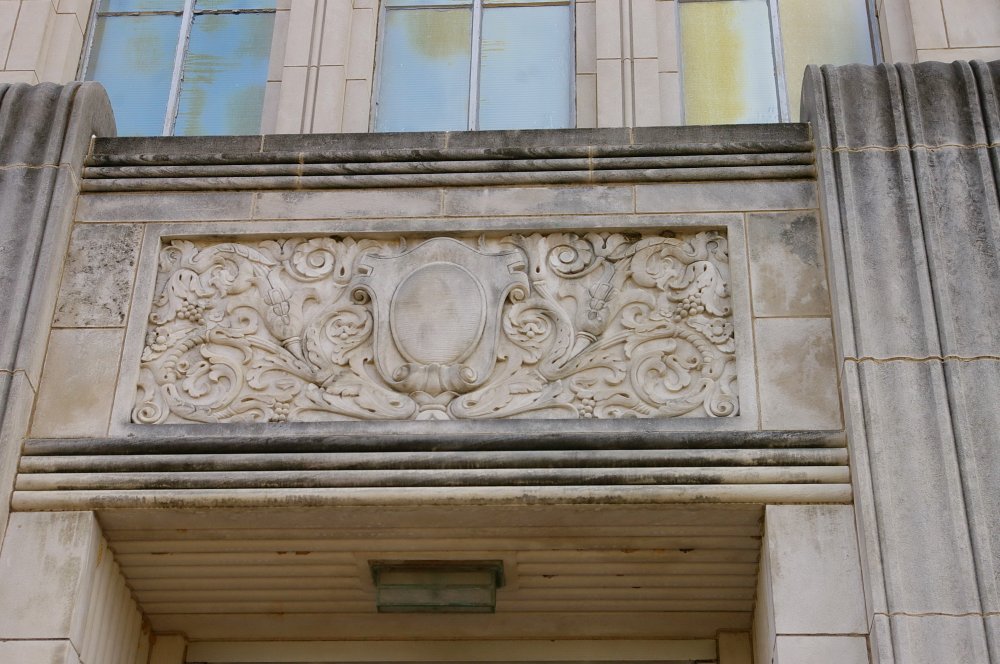 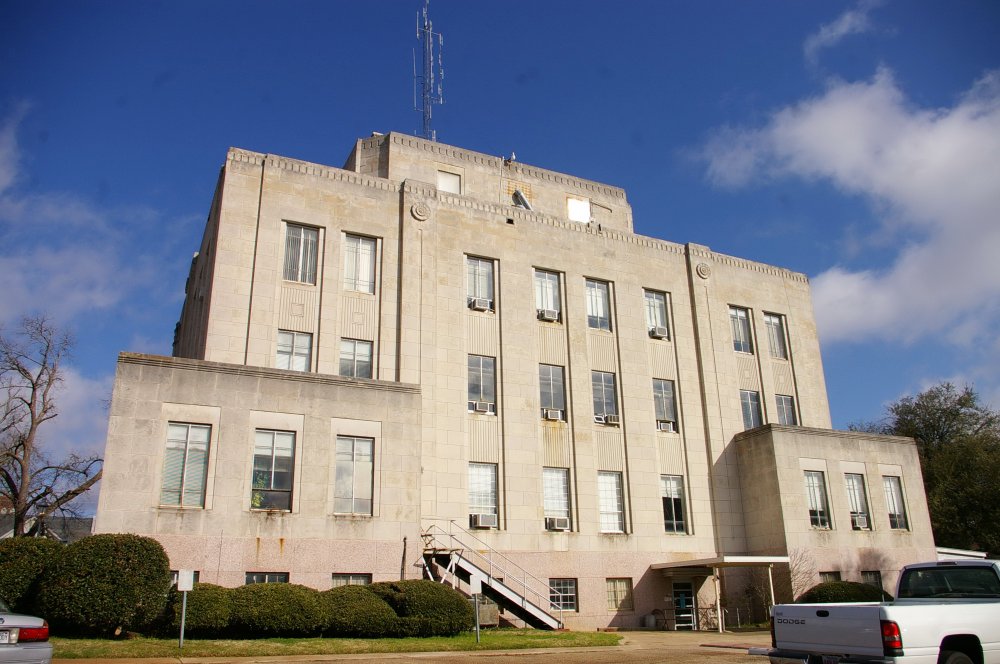 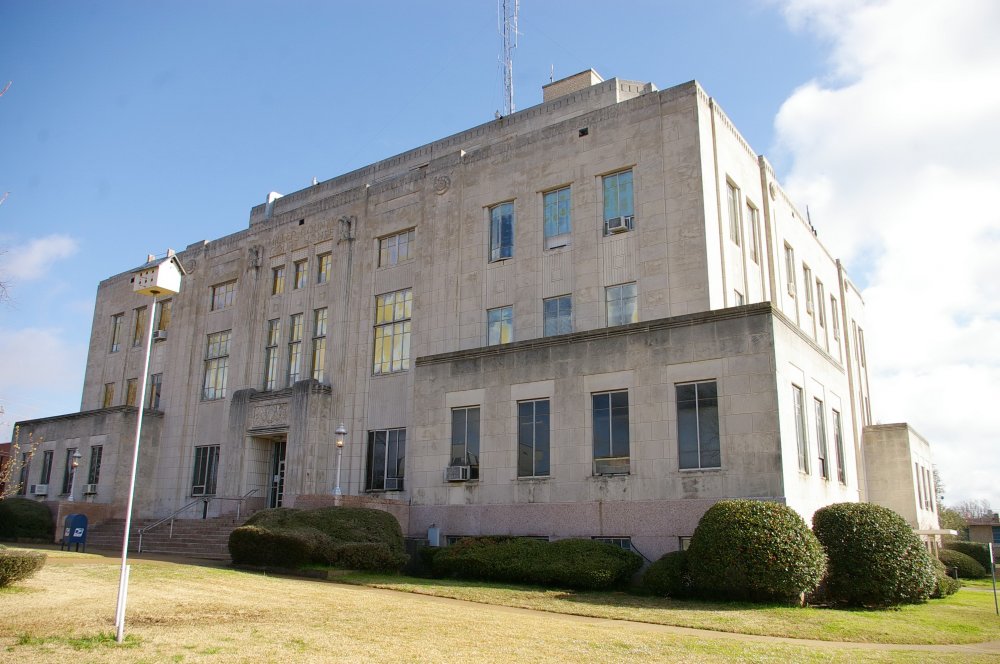 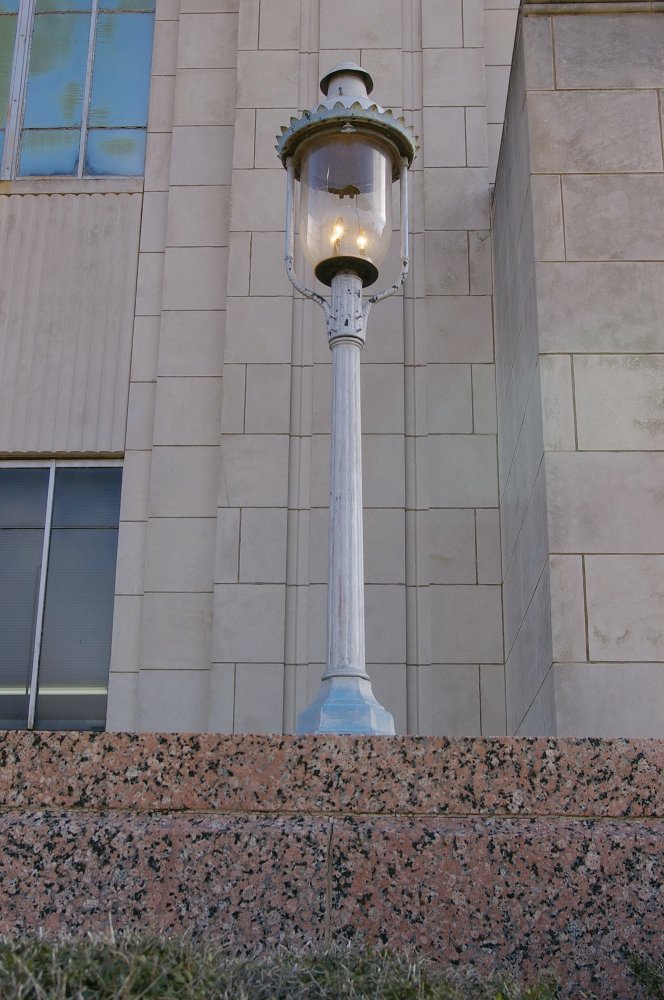 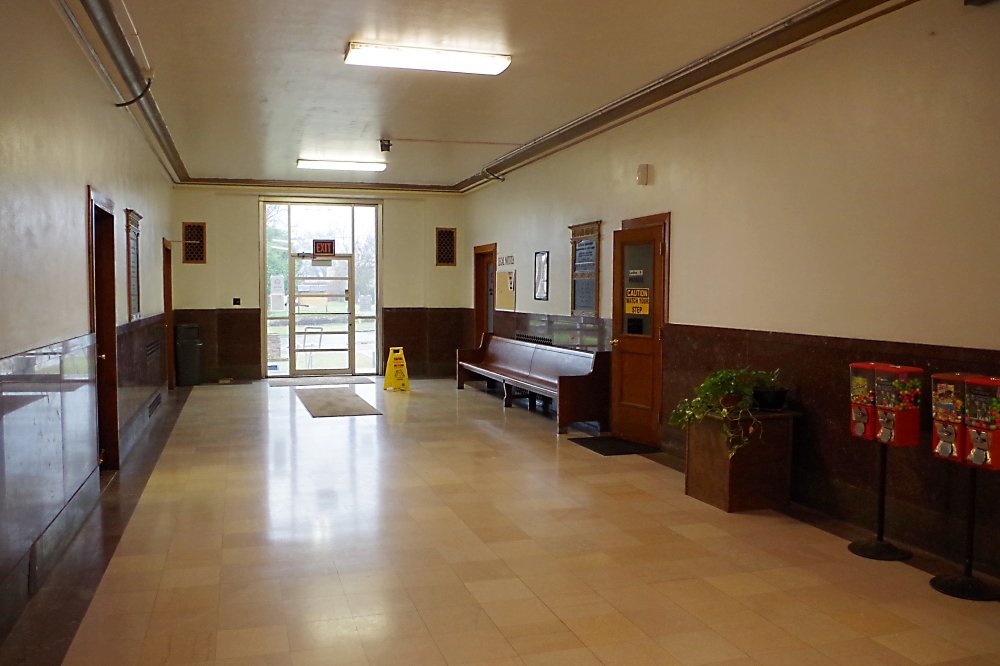 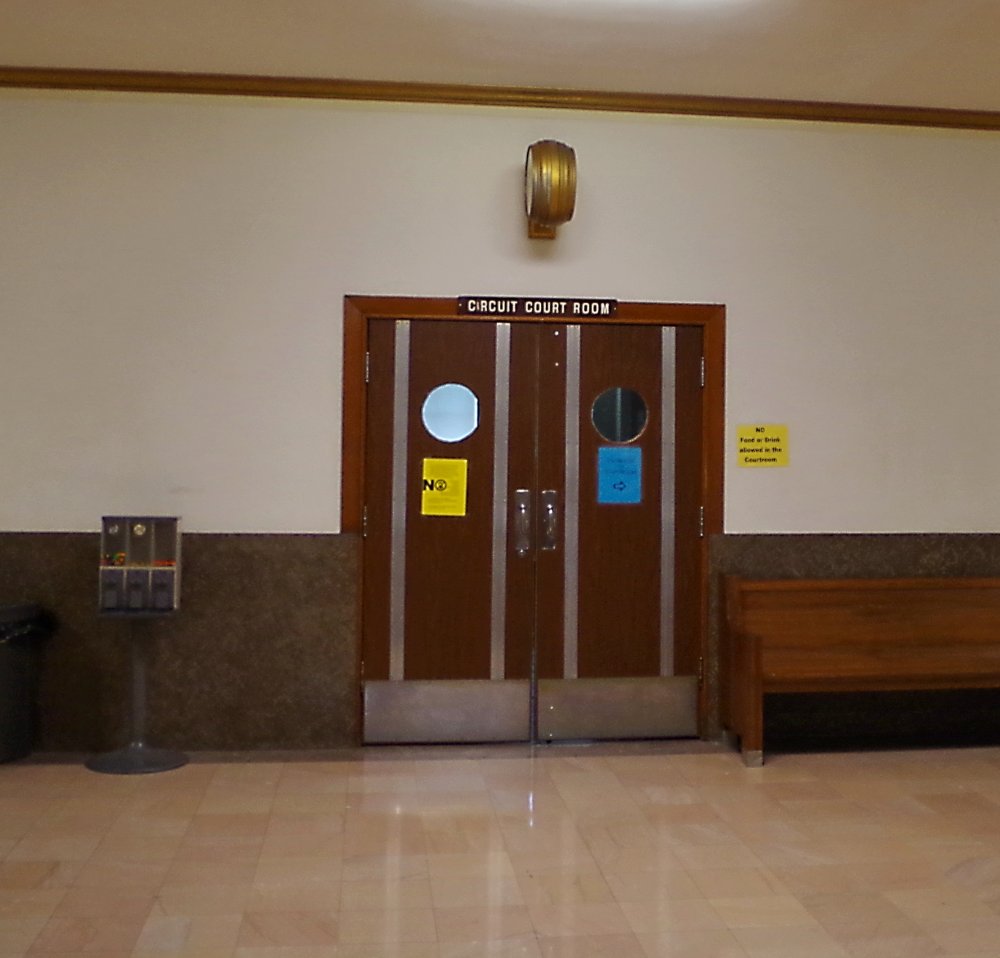 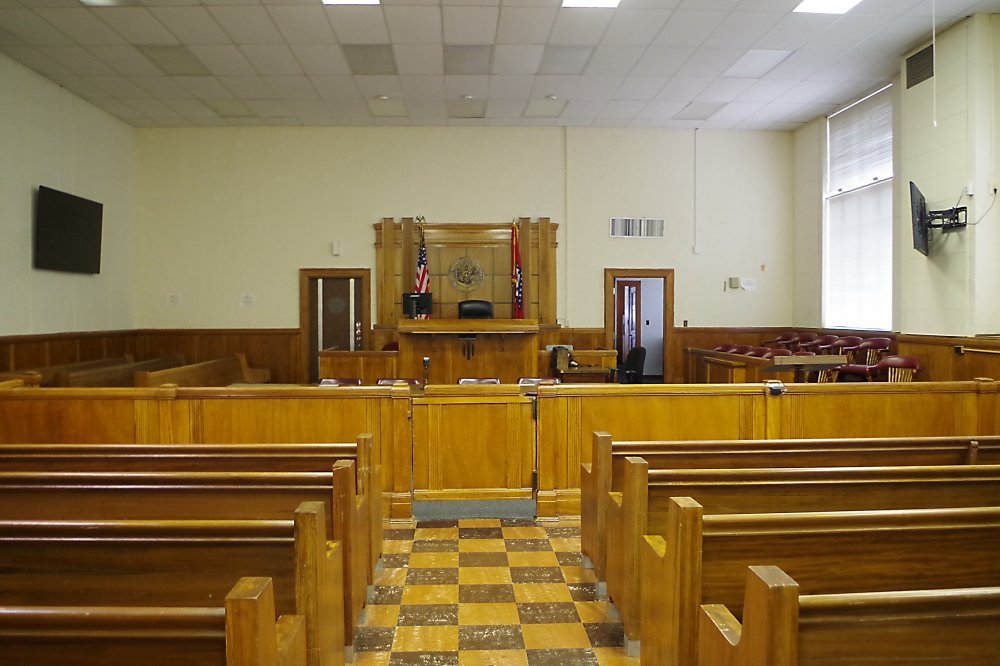 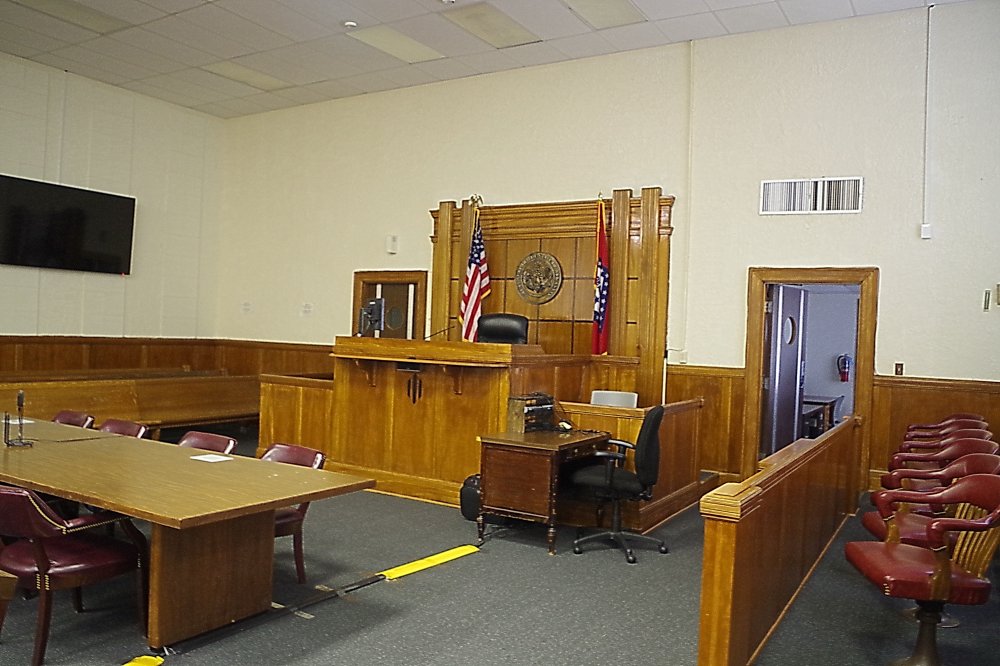 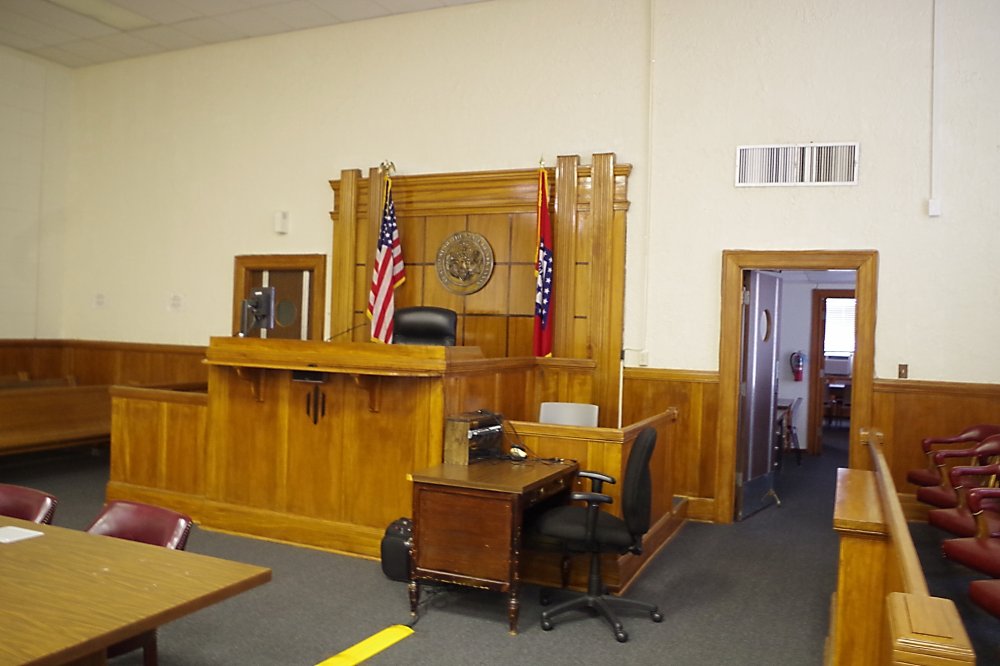