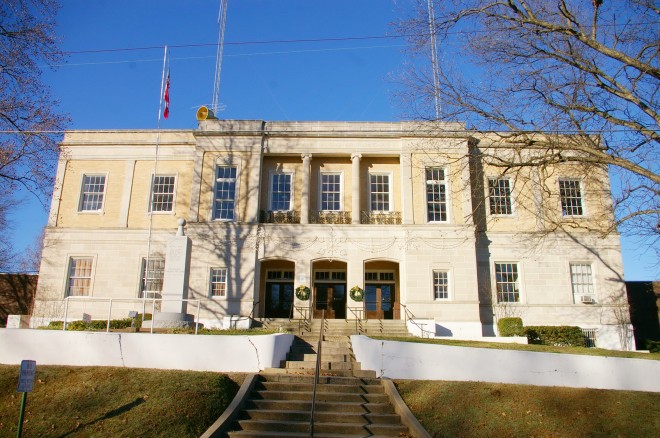 Lee County is named for Robert E Lee, who was a Confederate general in the Civil War, and who lived from 1807 to 1870. 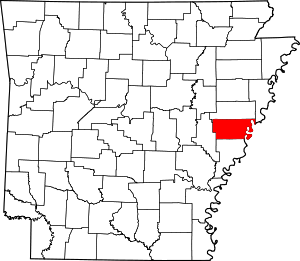 Description:  The building faces south and is a two story gray colored stone and buff colored brick structure. The building sits on a rise overlooking the Public Square to the south in the center of Marianna. The south front has a projecting center section with three rectangular openings on the first story with recessed entrances. On the second story is a porch with two columns rising to a wide header. The first story is faced with gray stone and the upper section of the building is buff colored brick. The roof line is flat. This is a Works Progress Administration project. On the north side is a modern addition built with dark red colored brick, concrete and glass. 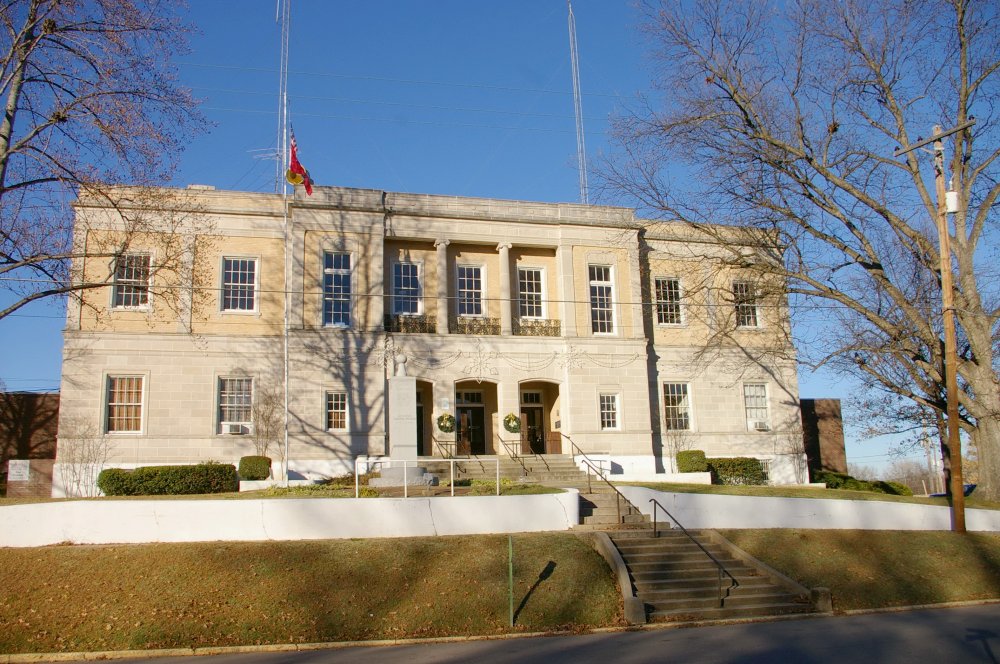 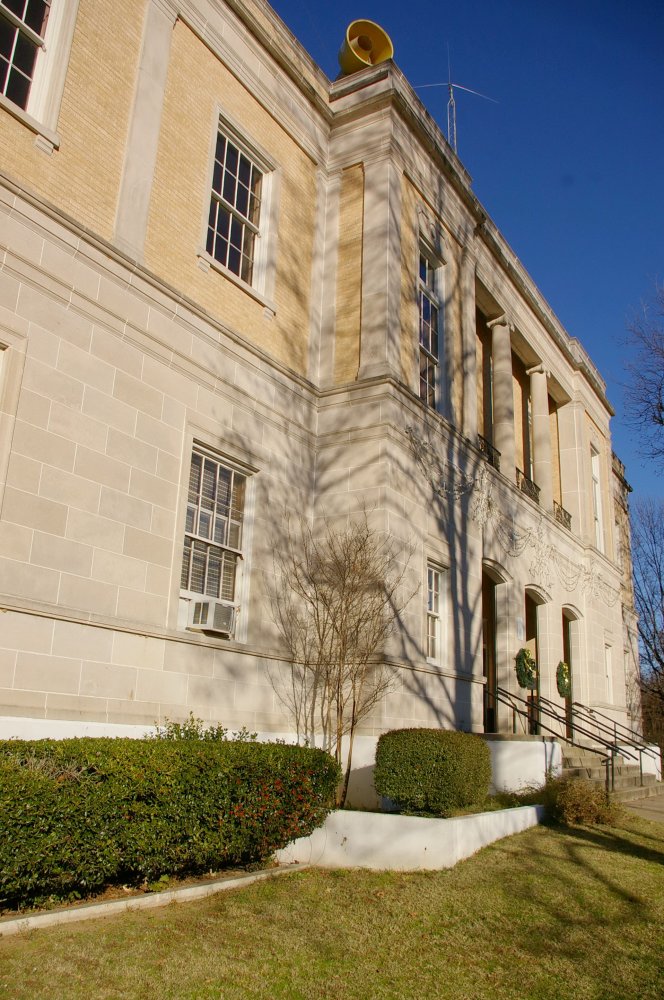 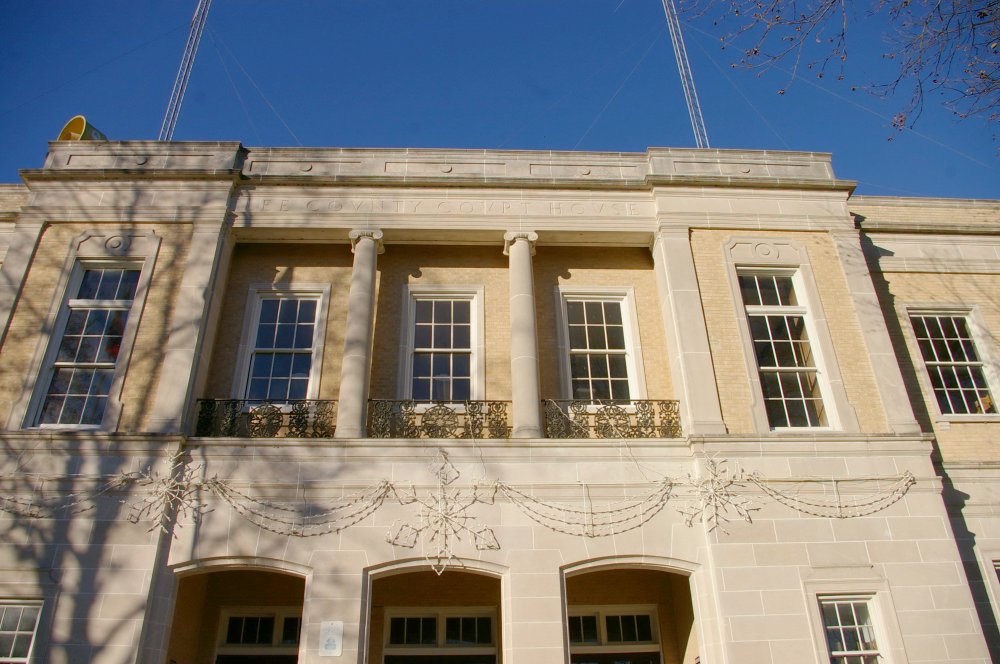 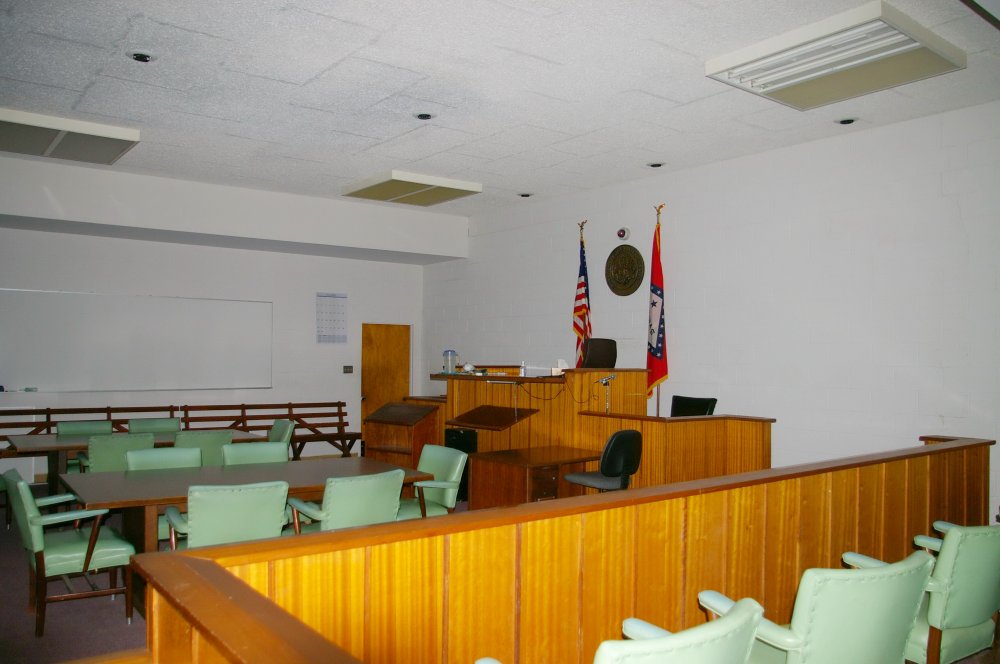 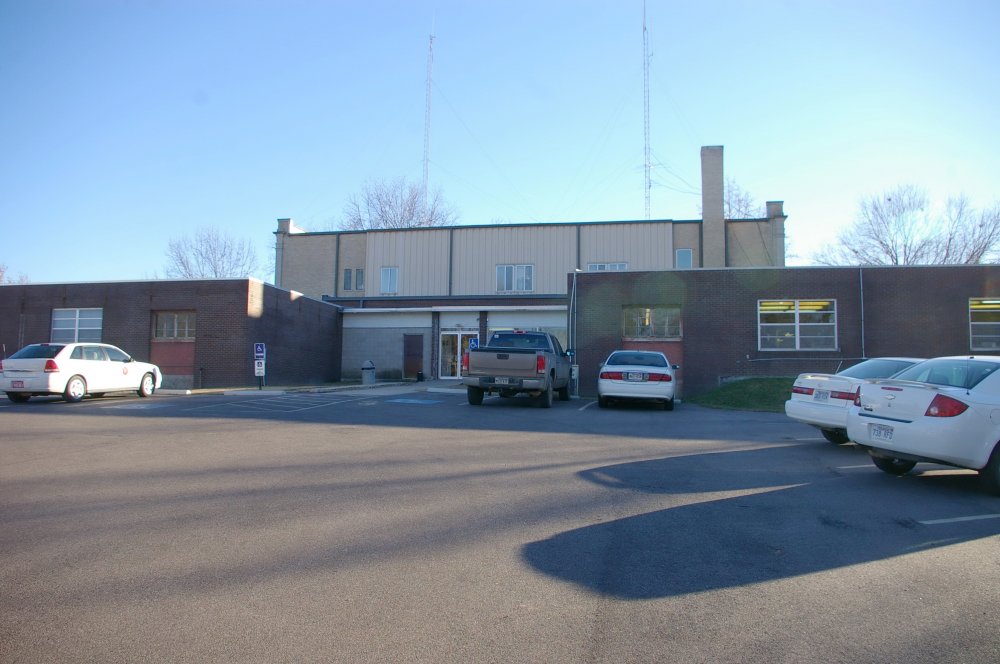 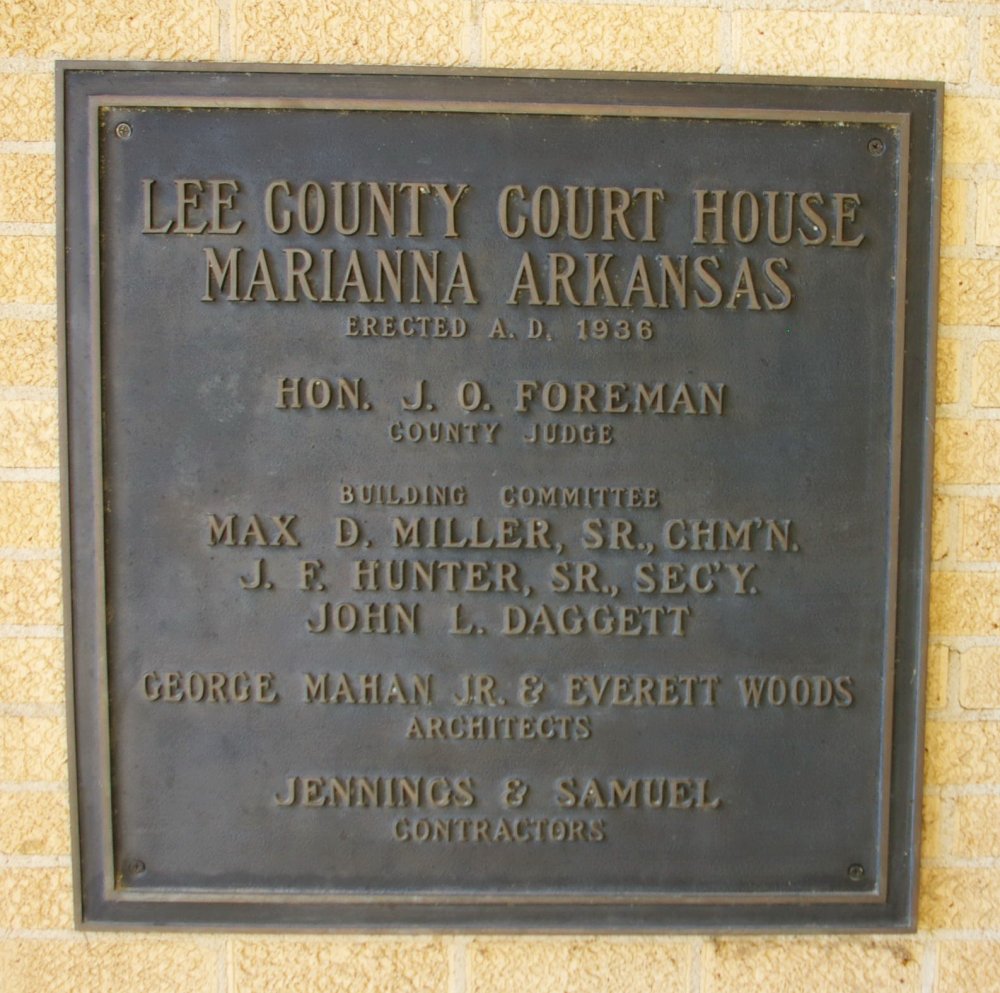