Lawrence County is named for James Lawrence, who was an American naval officer during the War of 1812.

Description:  The building  faces northeast and is a one story brown colored brick and concrete structure. The building is located on landscaped grounds in the center of Walnut Ridge. The building is located on spacious landscaped grounds. The center section rises above the east and west wings and has a high central entrance with over hanging roof. The windows are vertical with white colored panels above and below. The roof line is flat. Description:  The buildingfaces east and is a two story red colored brick structure. The building is located at the top of a hill on the spacious grounds of the Powhatan Historic State Park. The east front has a projecting center section with arched entrance on the first story and three narrow windows on the second story and rising to a square white colored cupola with steep roof. The base of the building has course buff colored stone. Above the eaves are small dormers and a mansard roof. The building was restored in 1973. The architect was Little, Maddox & Standefer Architects Inc. of Jonesboro and the contractor was Damron Construction Company of Jonesboro. 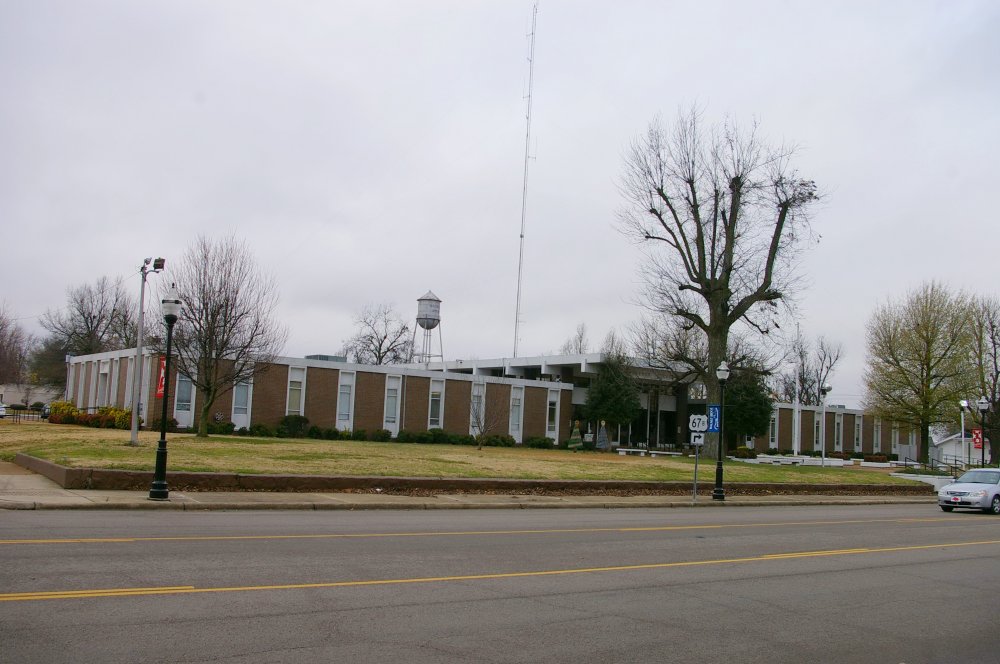 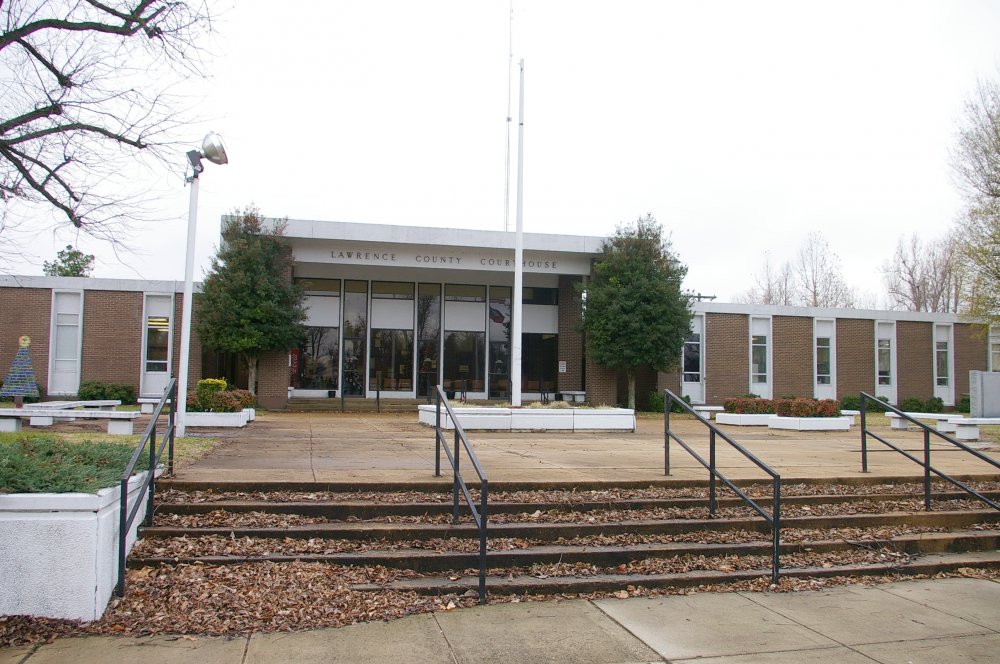 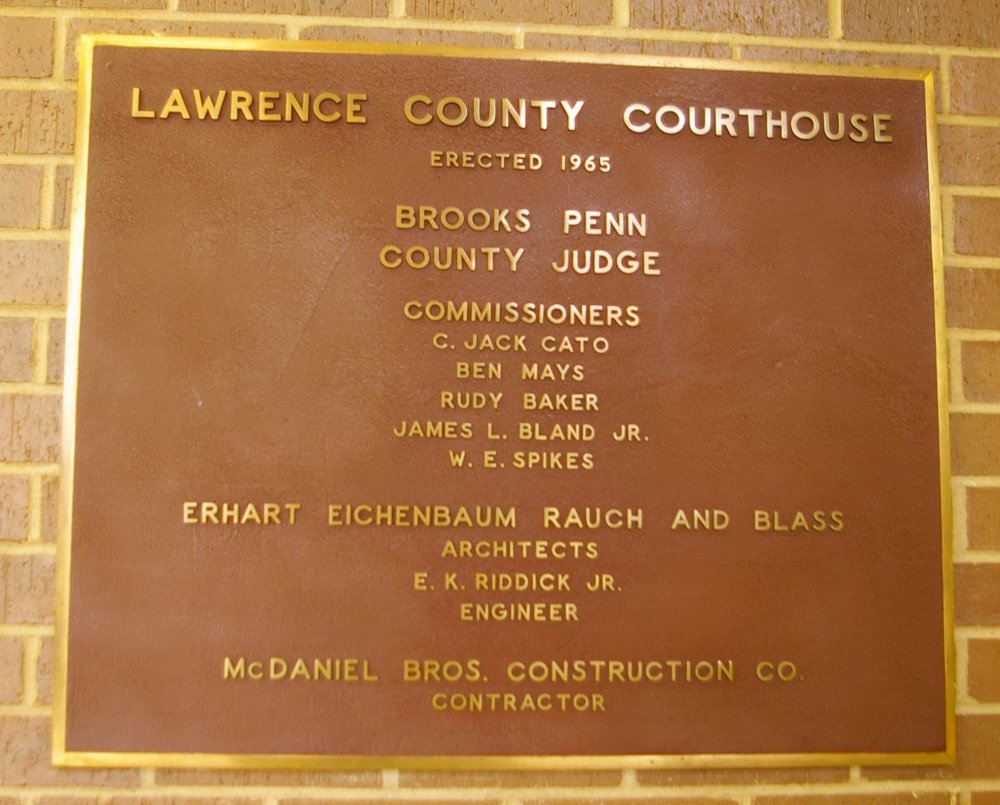