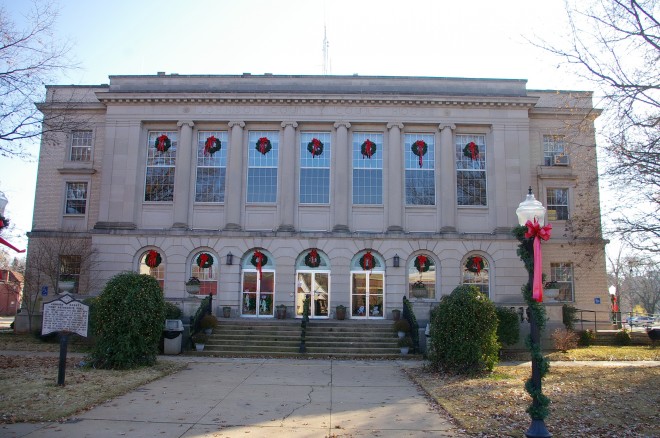 Johnson County is named for Benjamin Johnson, who was the first judge of the federal district for Arkansas.

Description:  The building faces north and is a three story gray colored stone, white colored brick and concrete structure. The building is located on landscaped grounds in the center of Clarksville. The rectangular building is located on landscaped grounds. The north front has three arched entrance on the first story. Six columns rise from the second story to the top of the third story with recessed vertical windows between. There are east and west wings. A cornice runs below the flat roof line. 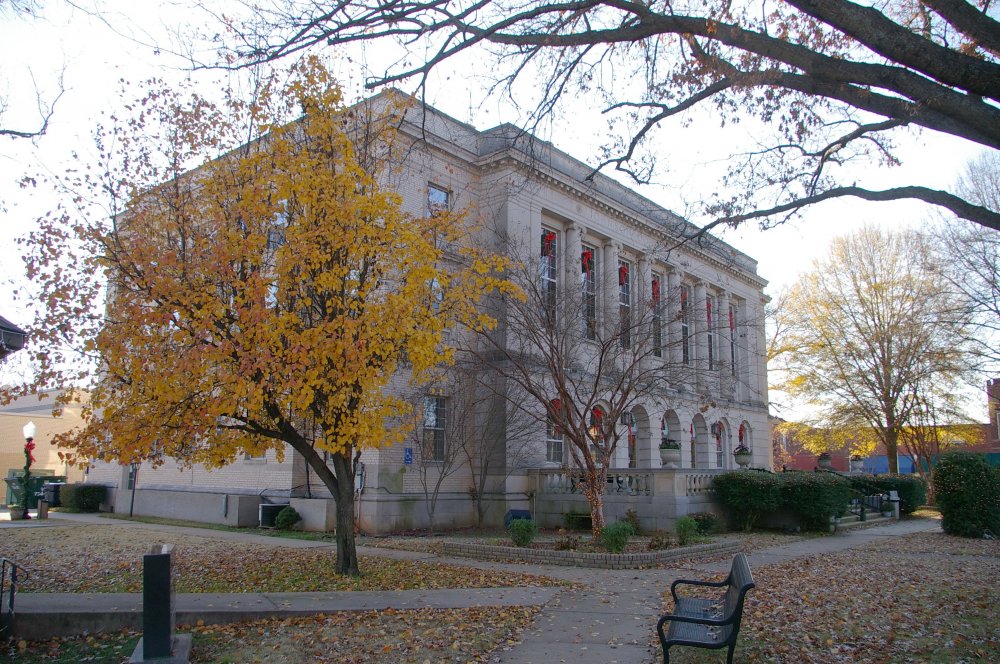 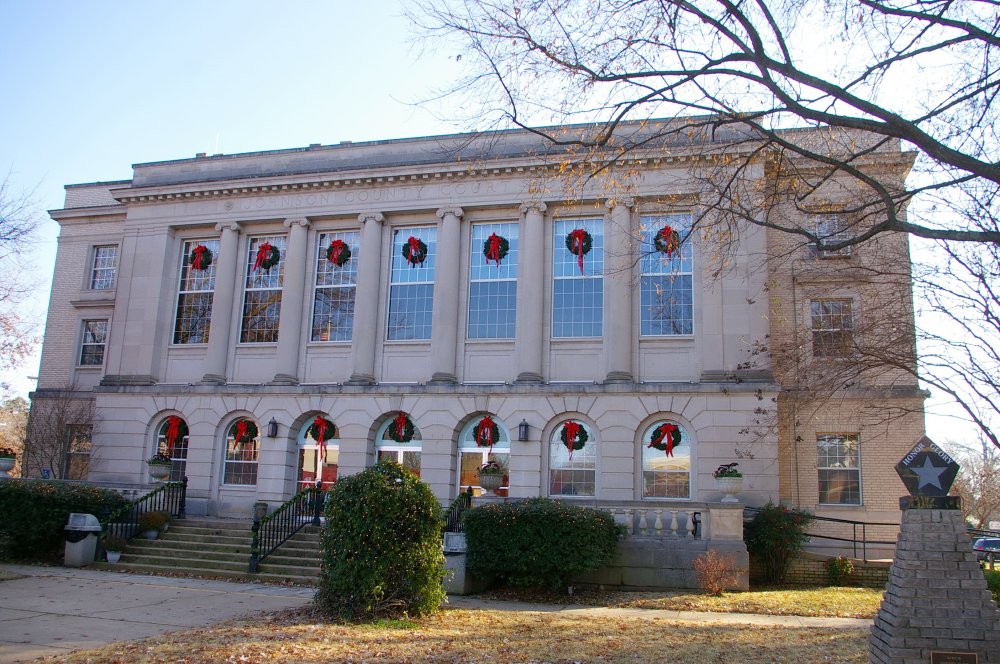 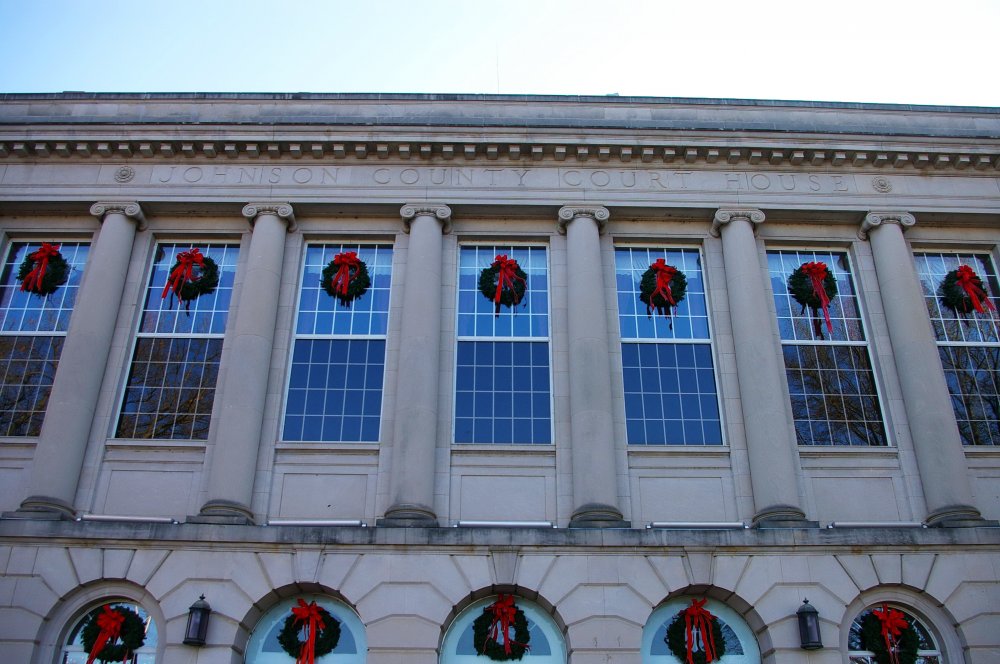 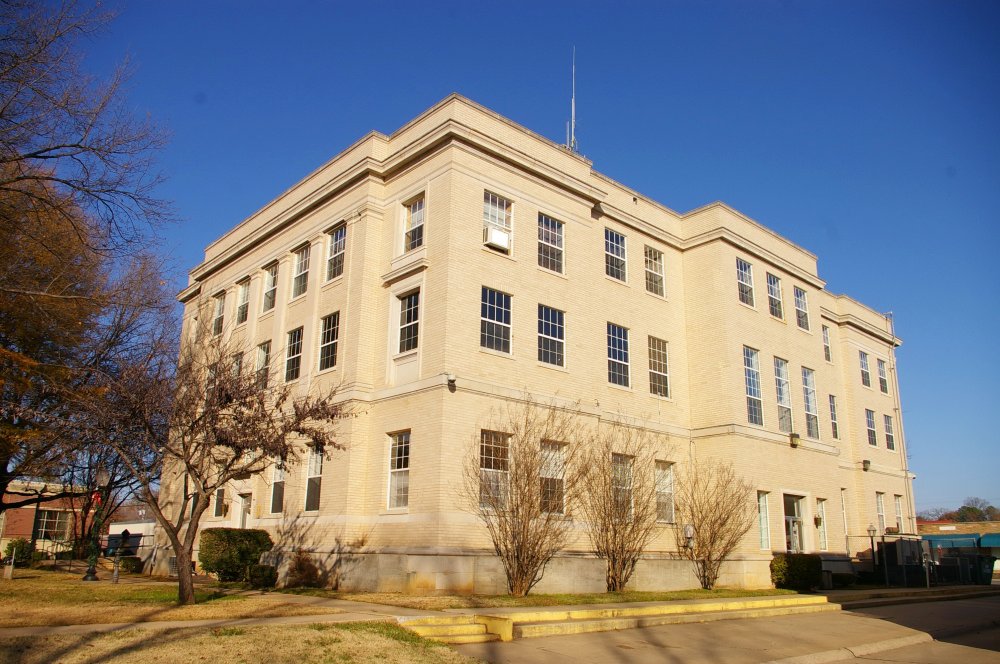 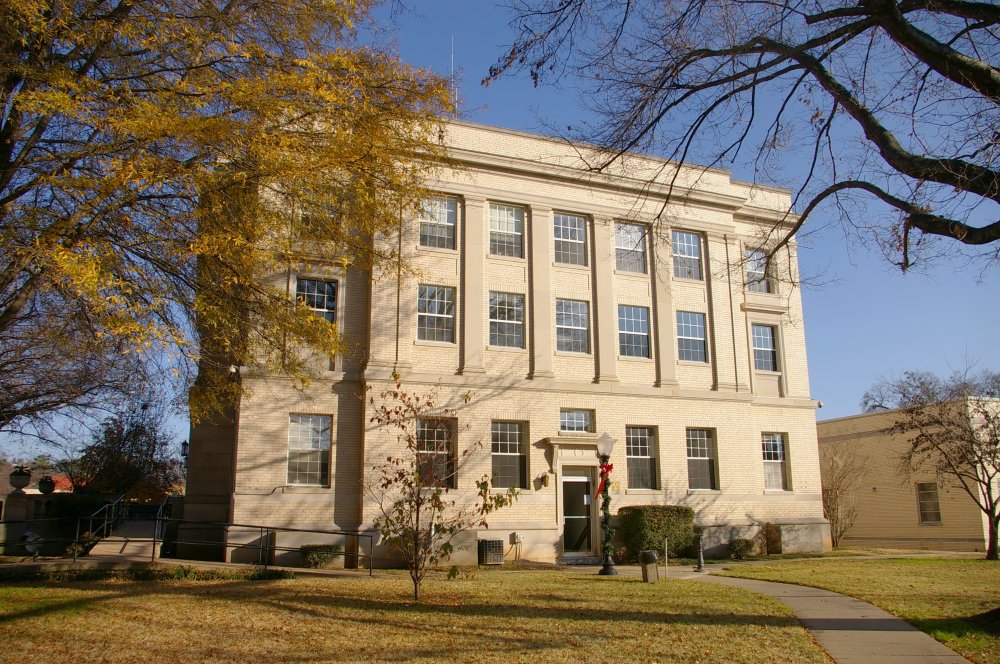 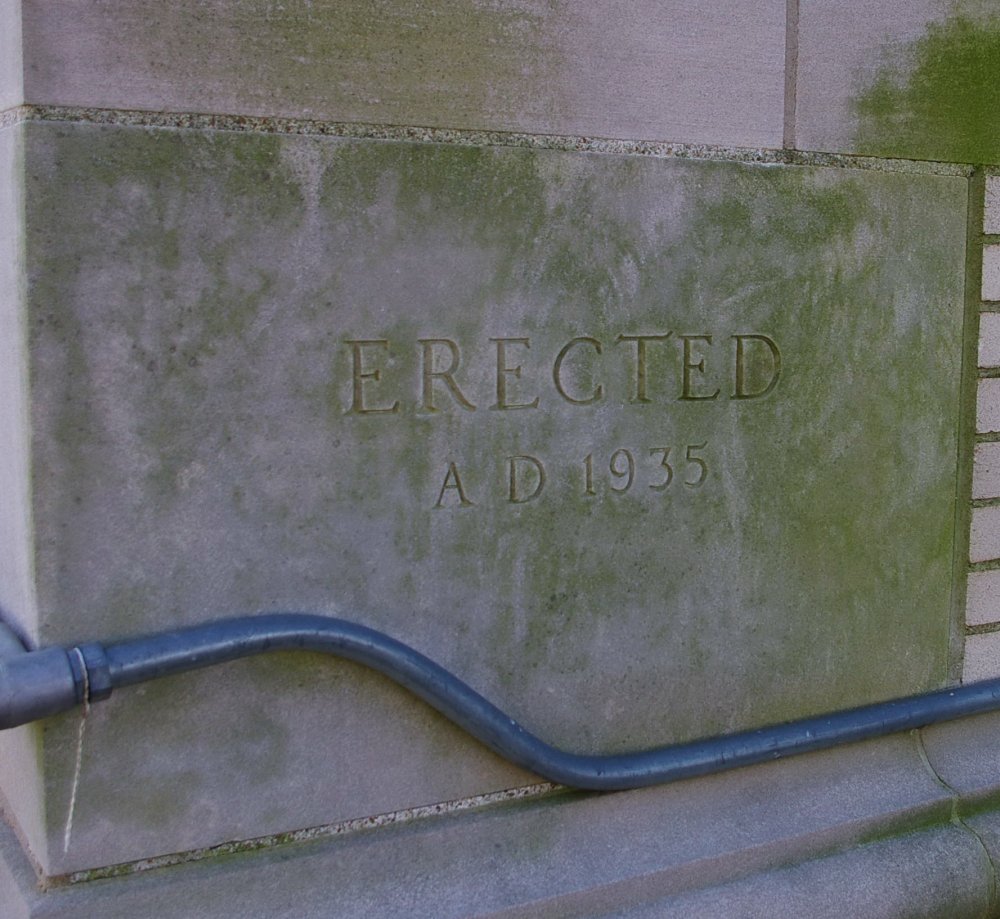 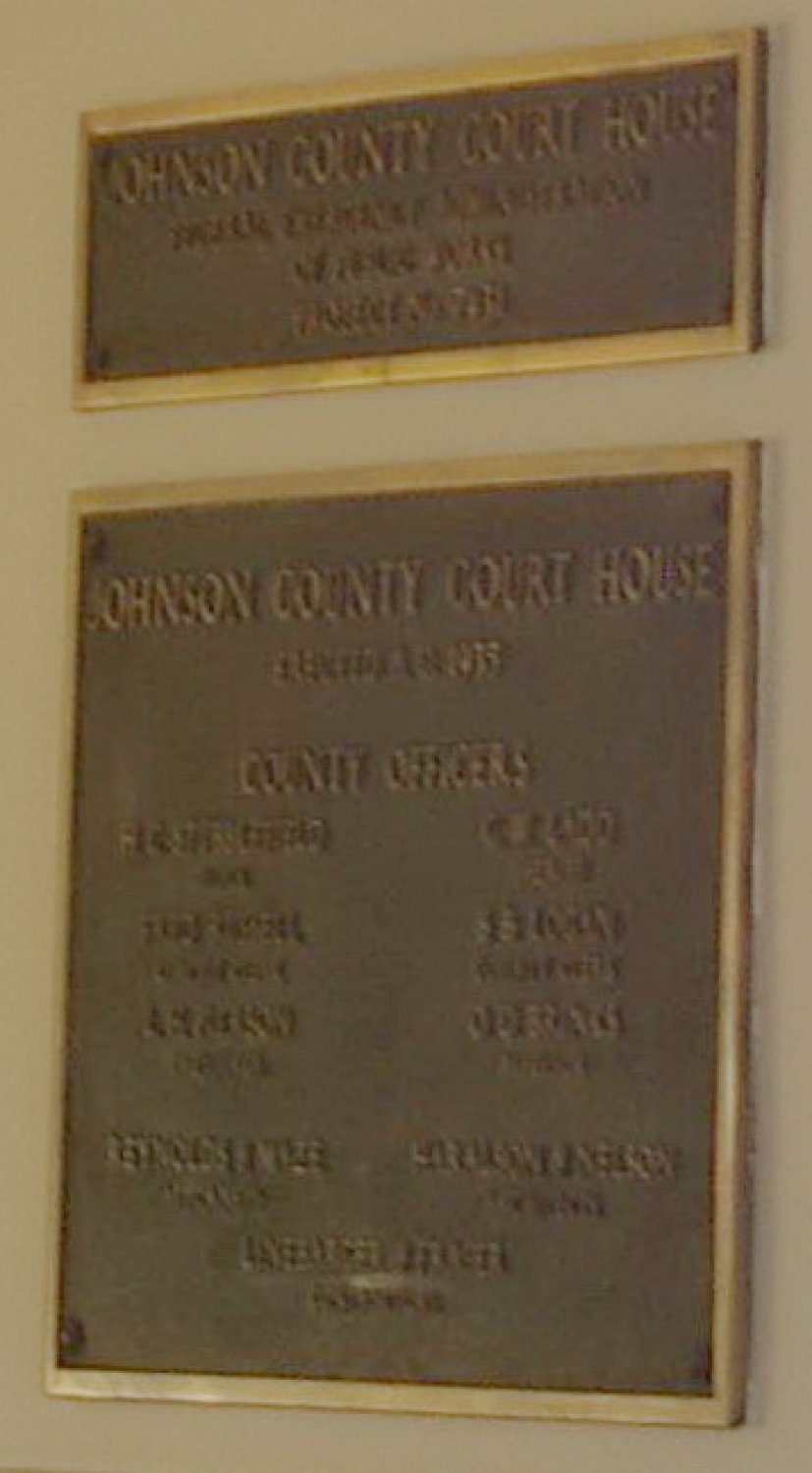 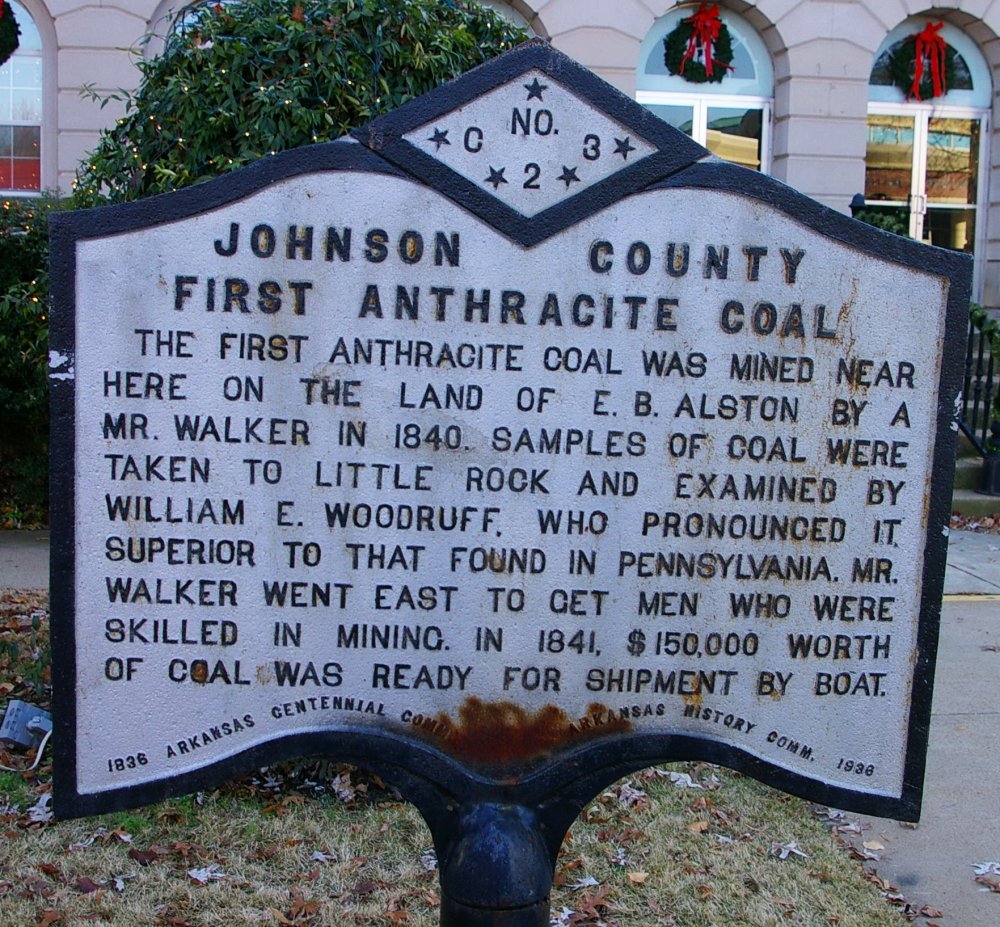