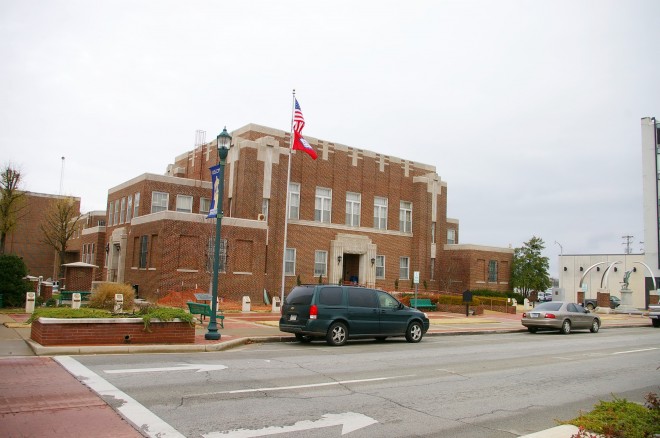 Craighead County is named for Thomas Craighead, who was a State Senator who opposed the creation of the county.

Description:  The building faces east and is a two story red colored  brick and concrete structure. The building is located on landscaped grounds in the center of Jonesboro. The  east front has a central entrance framed with stone. There is a one story southeast and northeast wing. There is stone trim along the roof line. Additions were added in 1992 and 1995.

Note:  The previous courthouse was constructed by W C Clark in 1886. 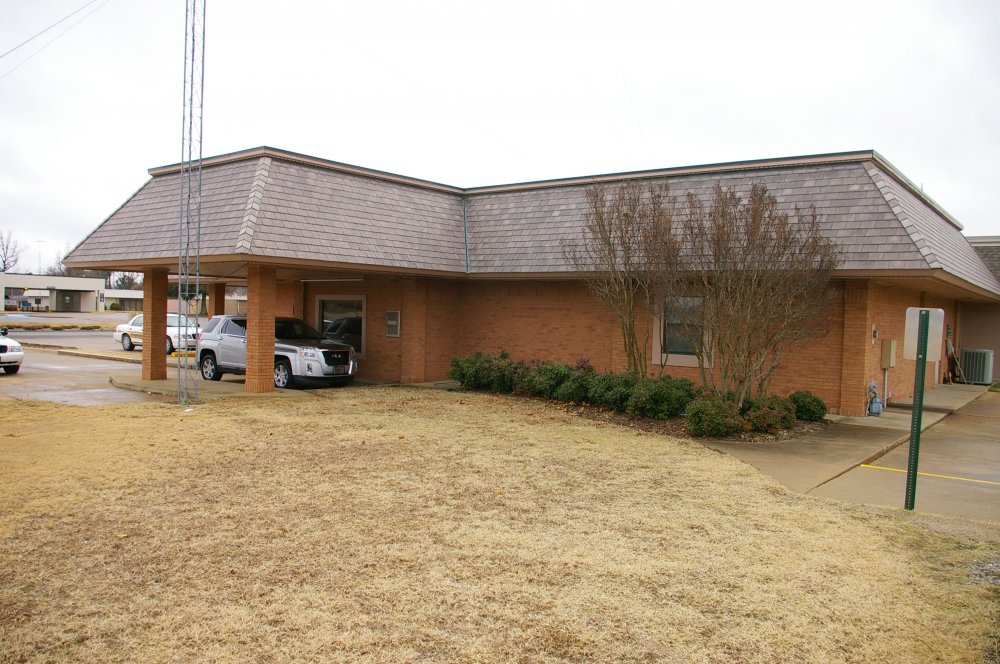 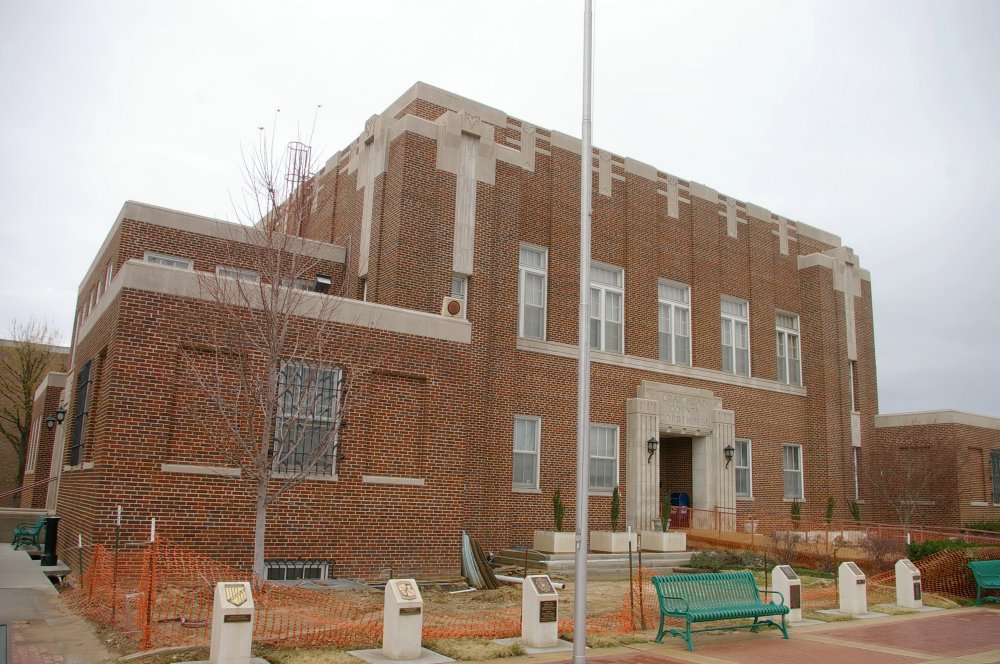 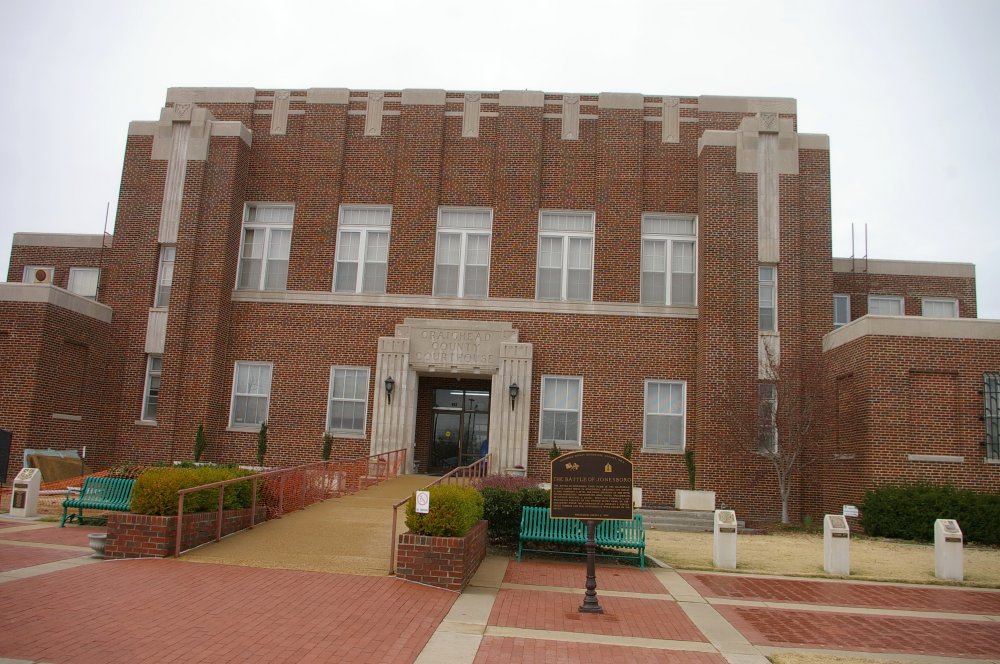 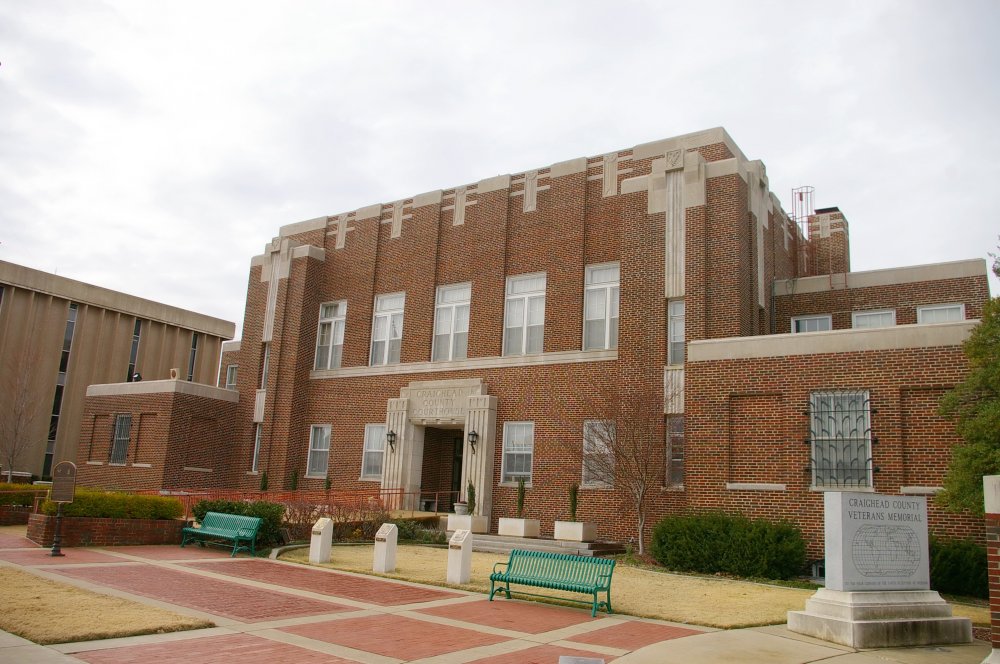 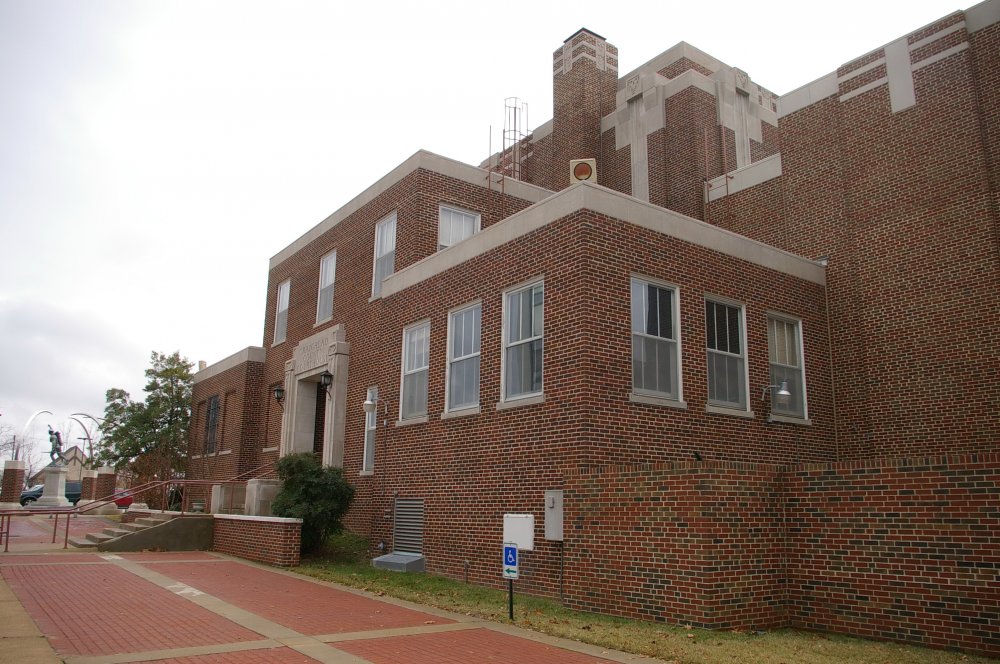 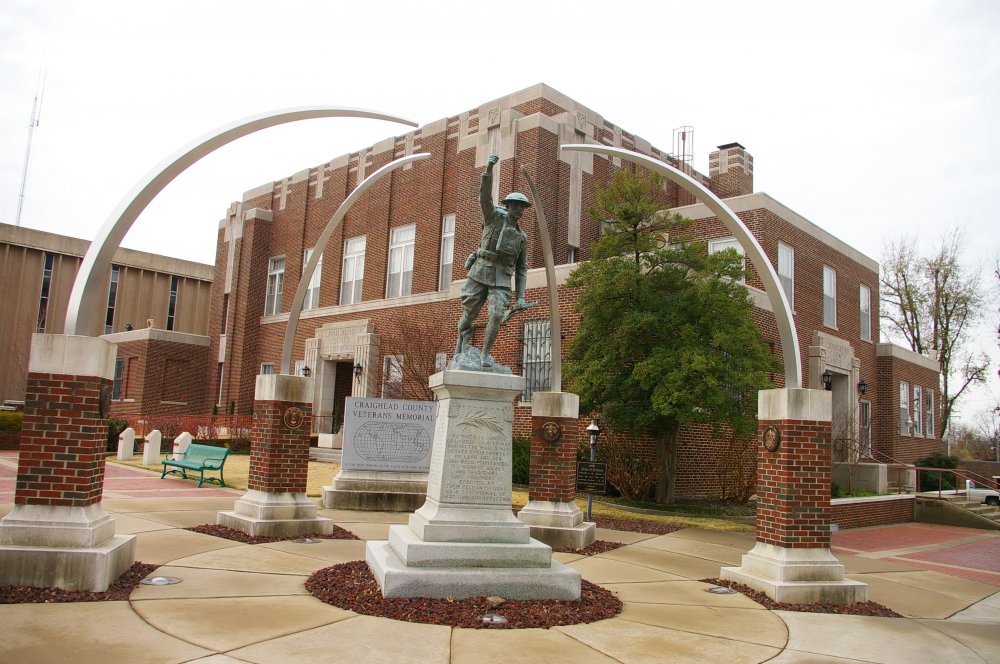 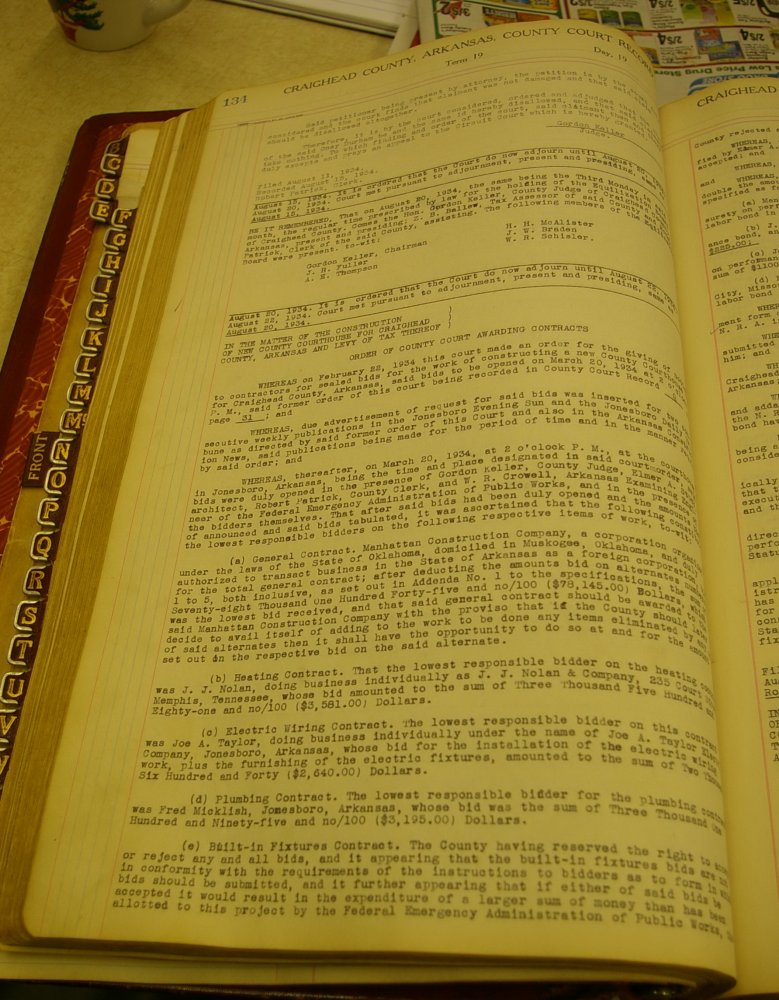 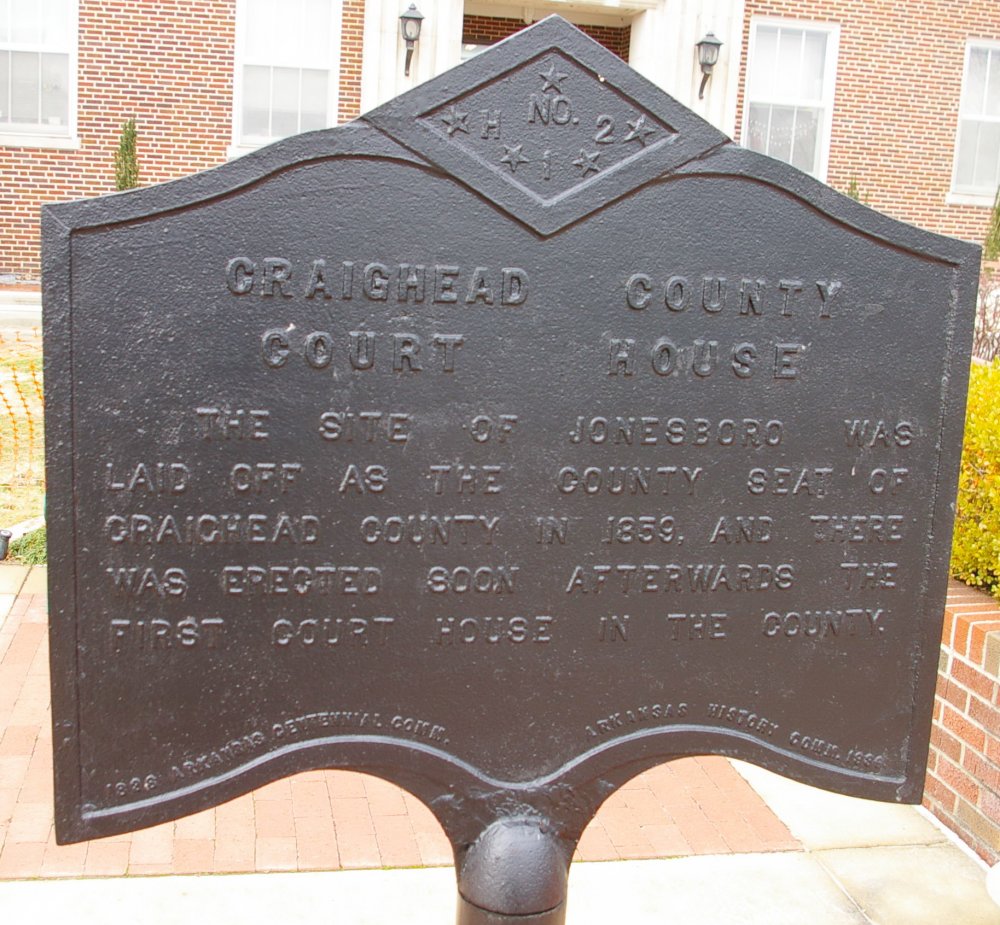 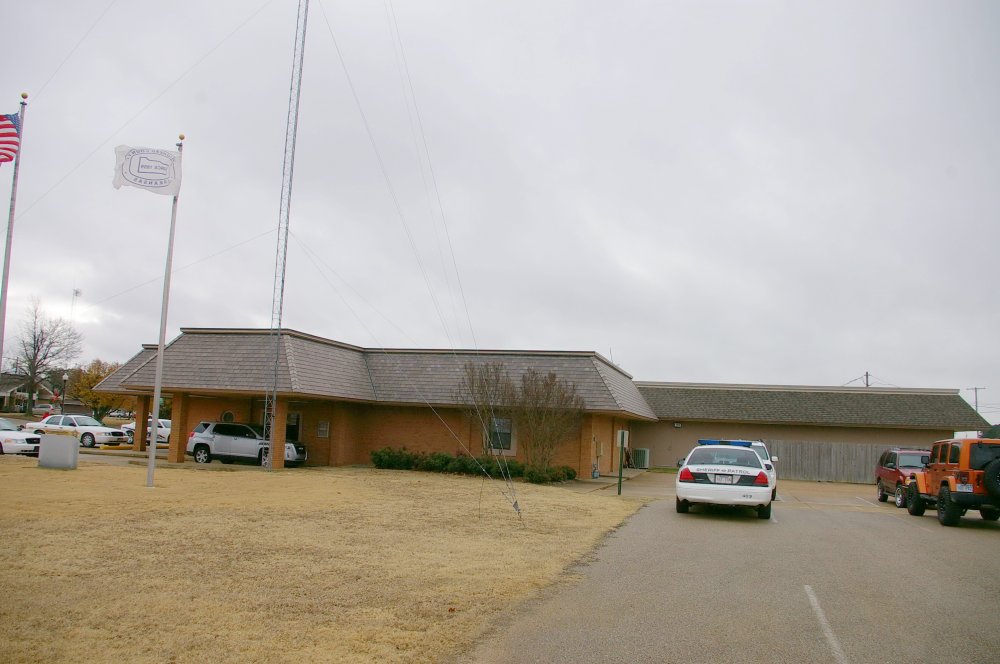 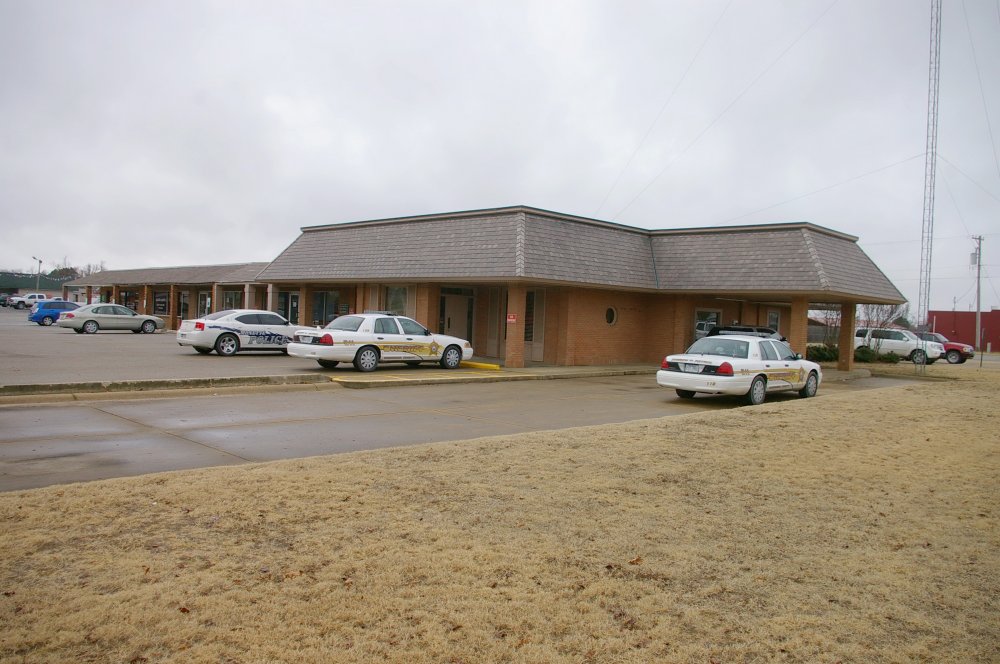 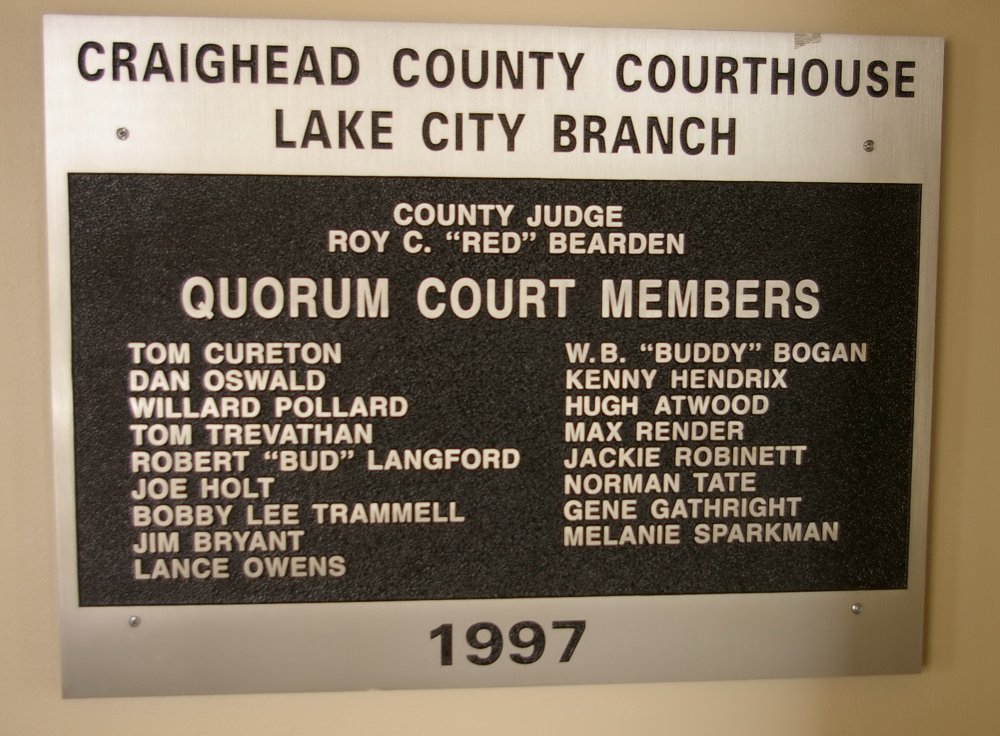 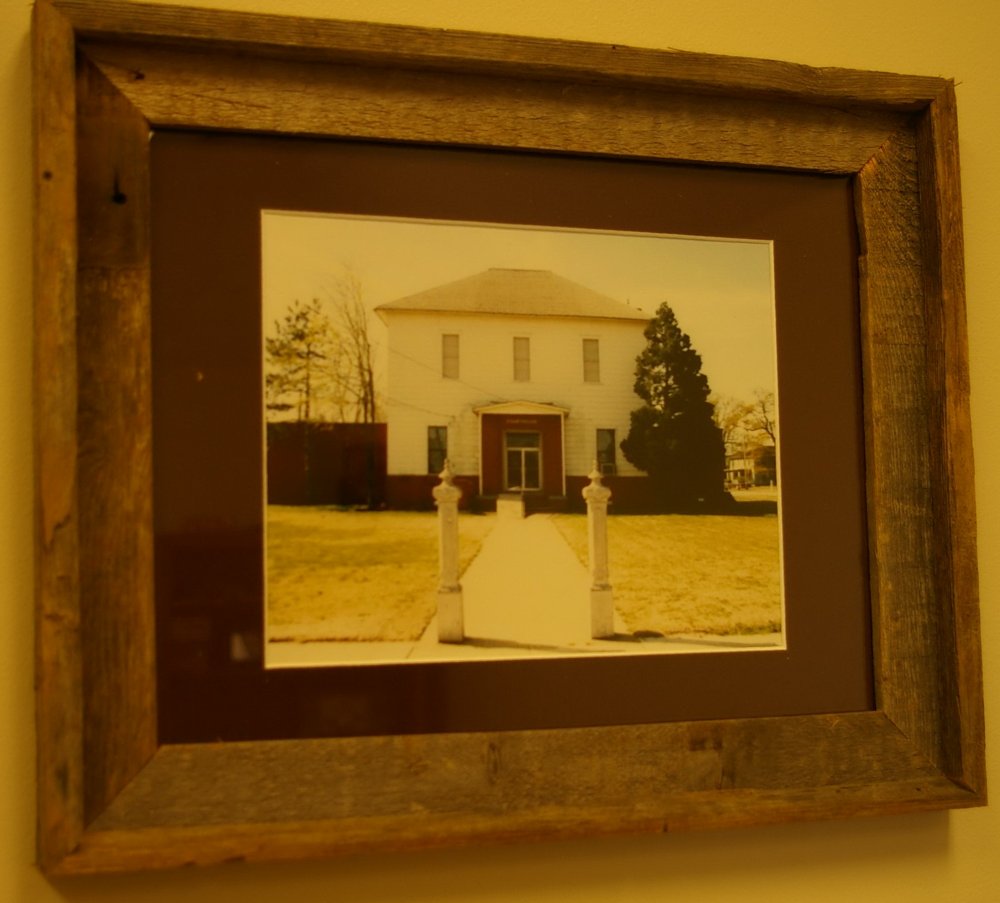