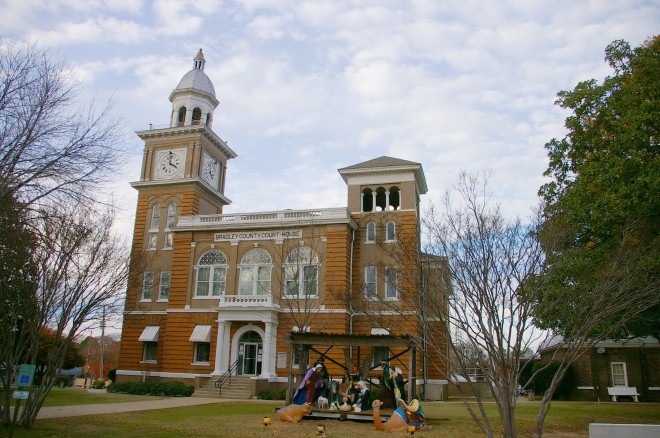 Bradley County is named for Hugh Bradley, who was a soldier in the War of 1812.

Description:  The building faces south and is a two story red colored brick and concrete structure. The building is located on landscaped grounds in the center of Warren. The southwest corner has a high five story square clock tower with open arched cupola at the top. The southeast corner has a small three story square tower with open arched section on the fourth story. The center section has a central entrance with a white colored column on each side supporting a small balcony on the second story. A balustrade runs along the flat roof line. The building was renovated in 2002. The architect was Trull-Hollensworth and the contractor was Rankin Construction. On the east side is the old Clerk’s Office built in 1890. 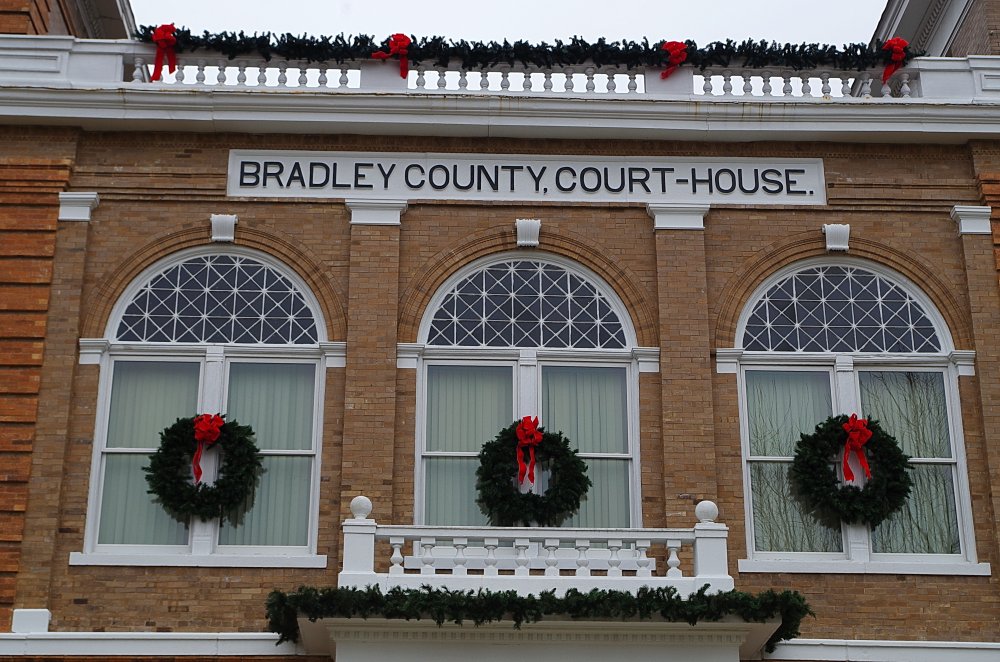 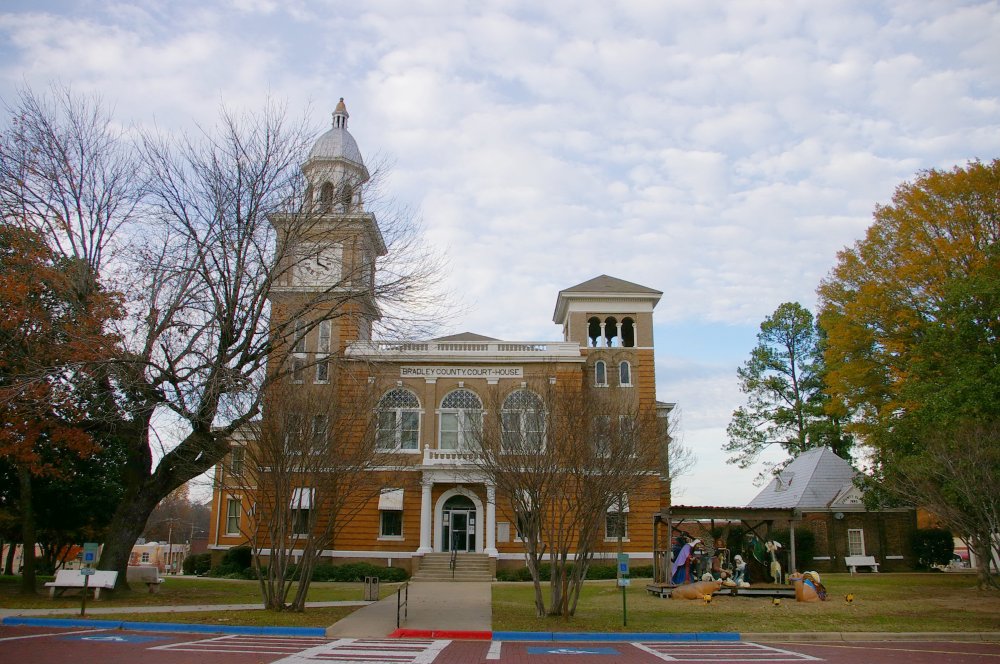 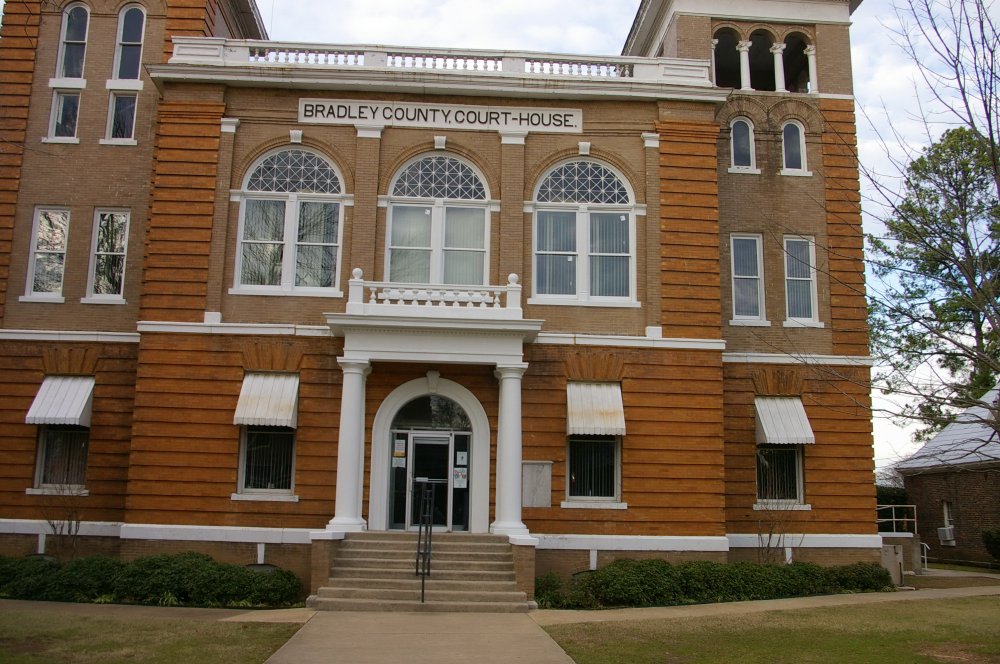 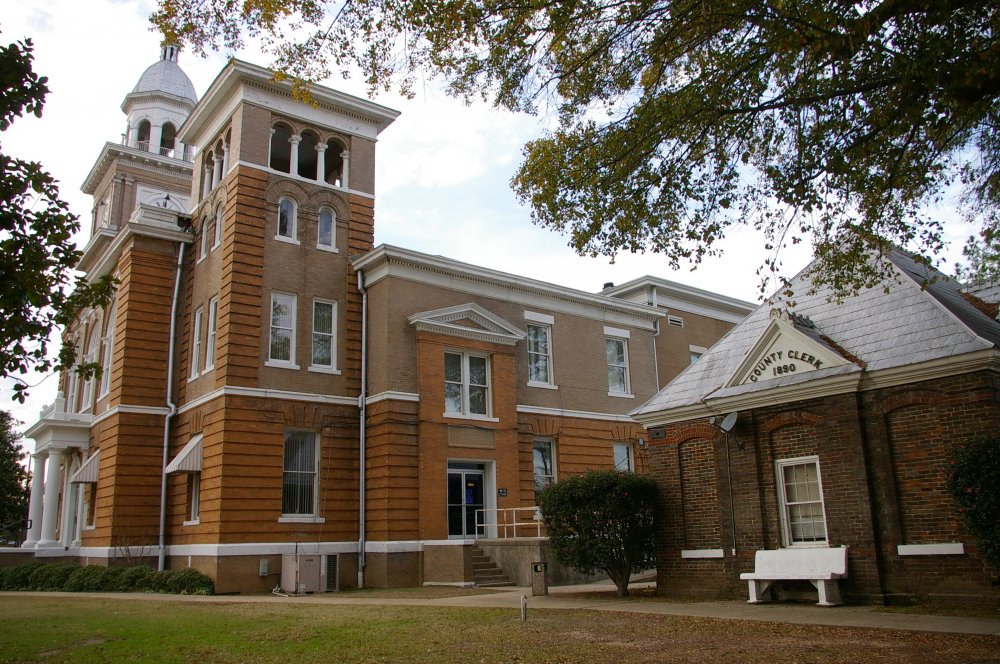 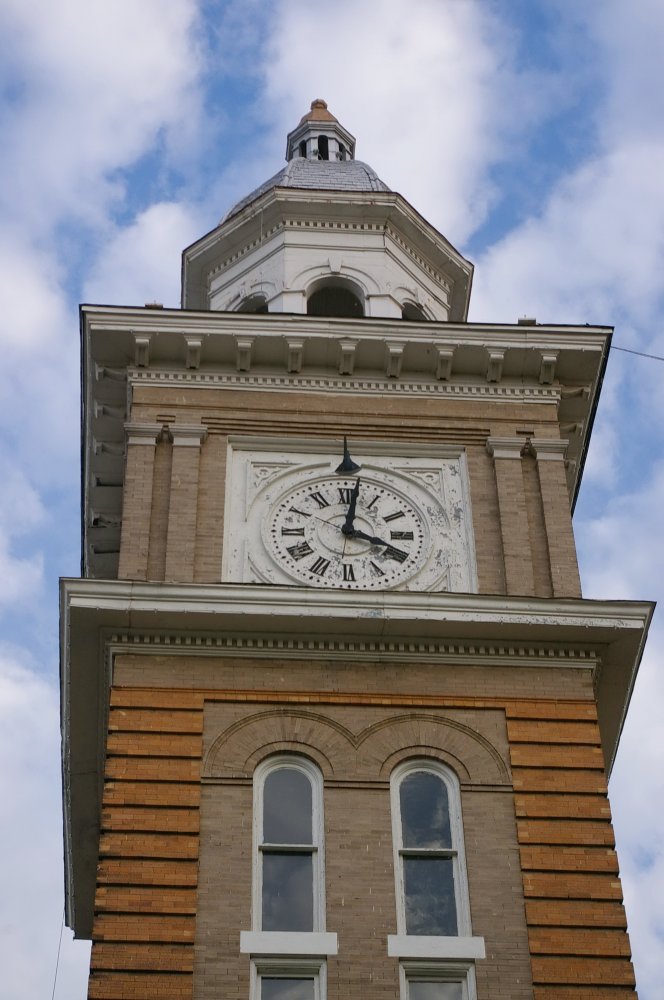 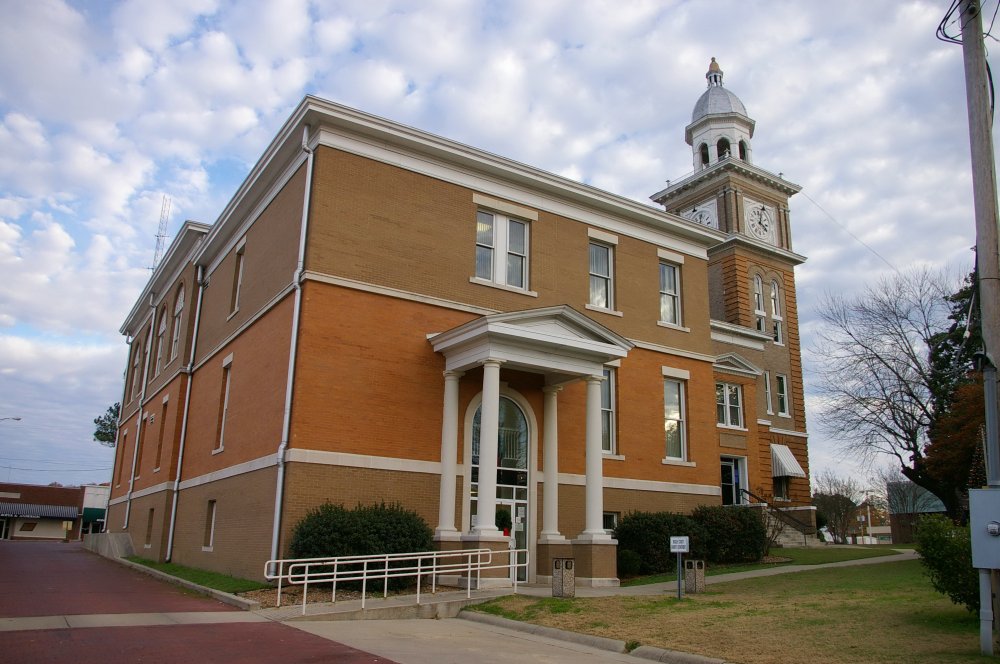 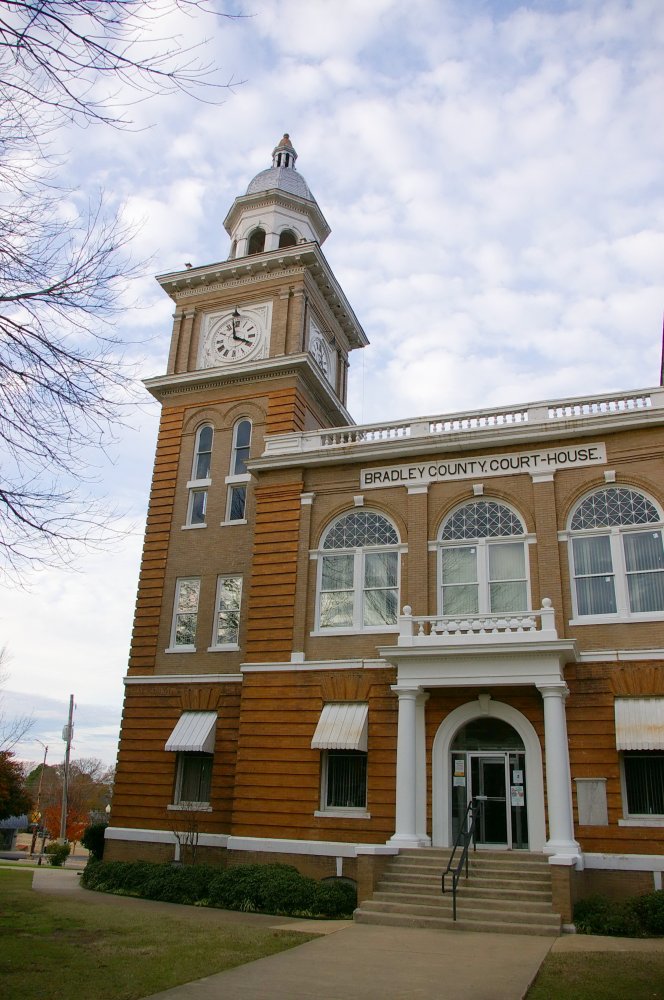 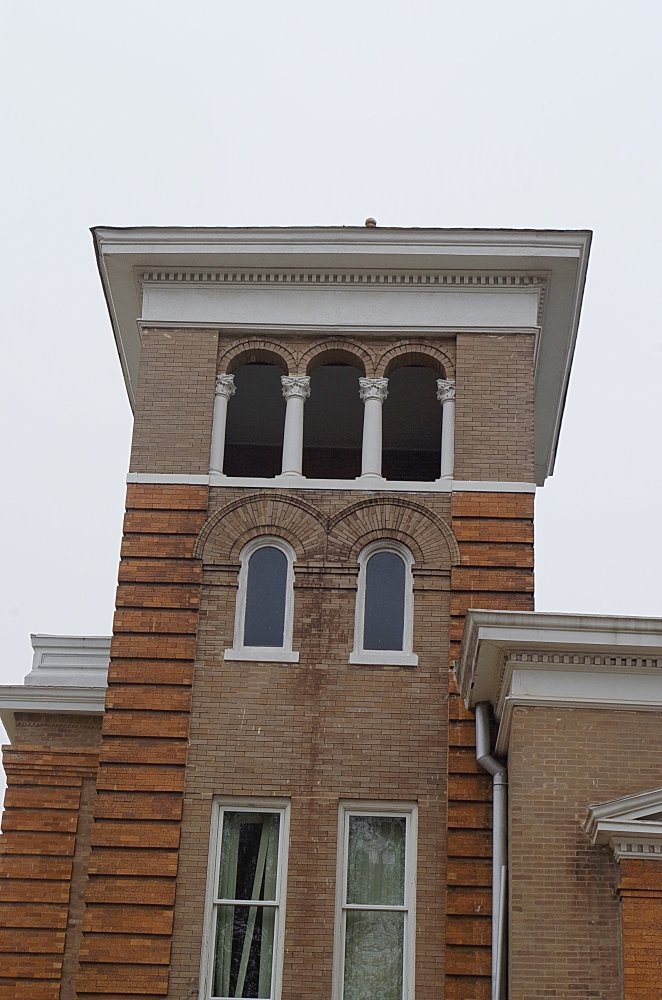 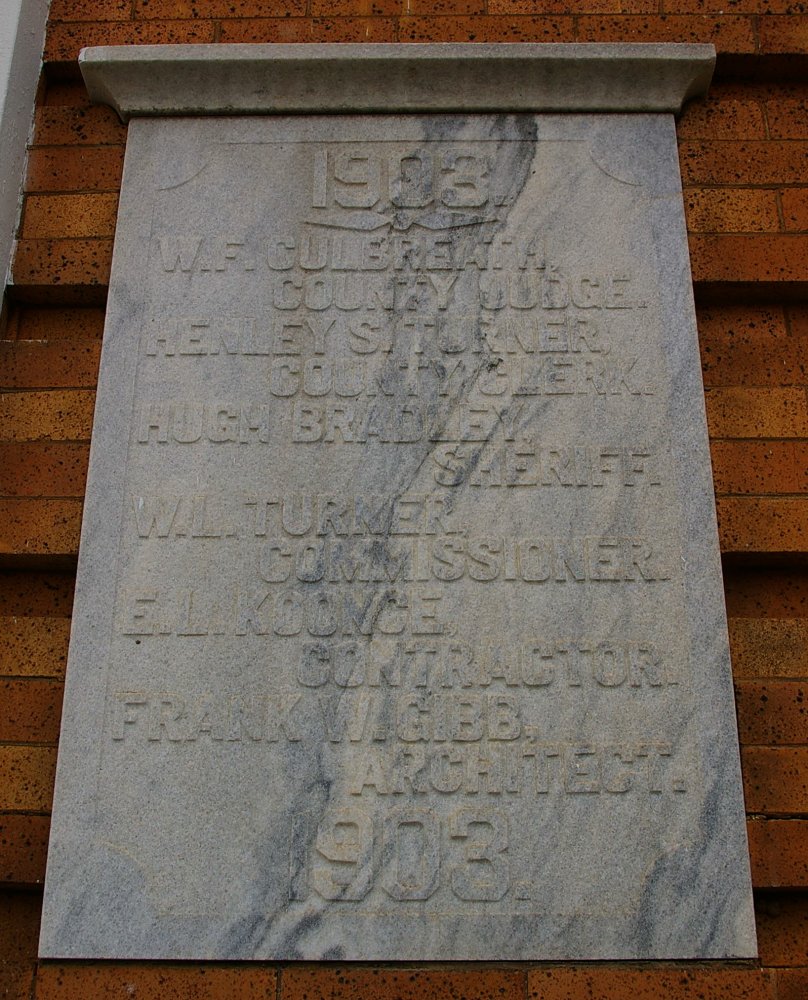 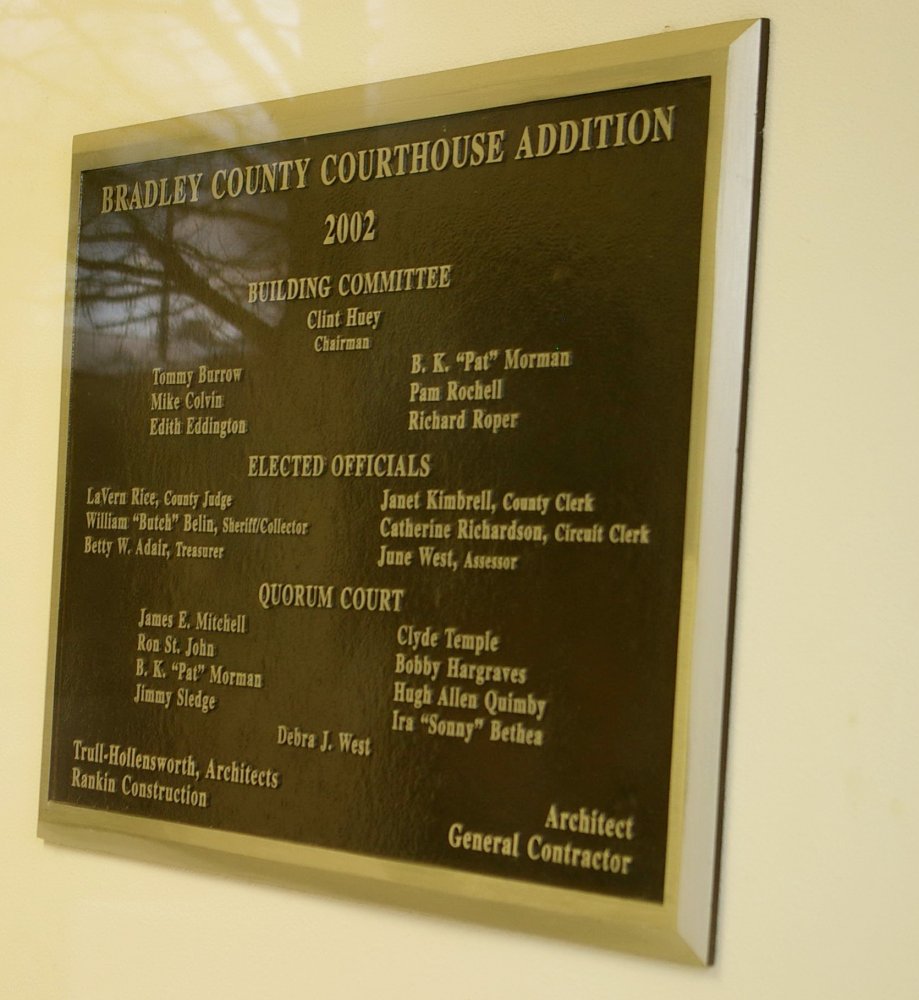 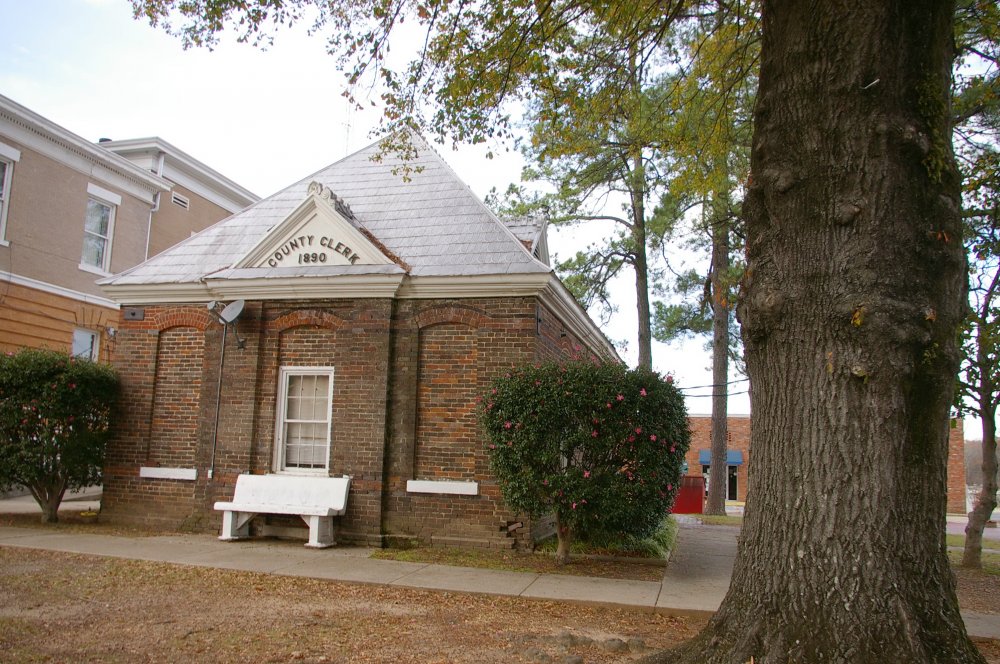 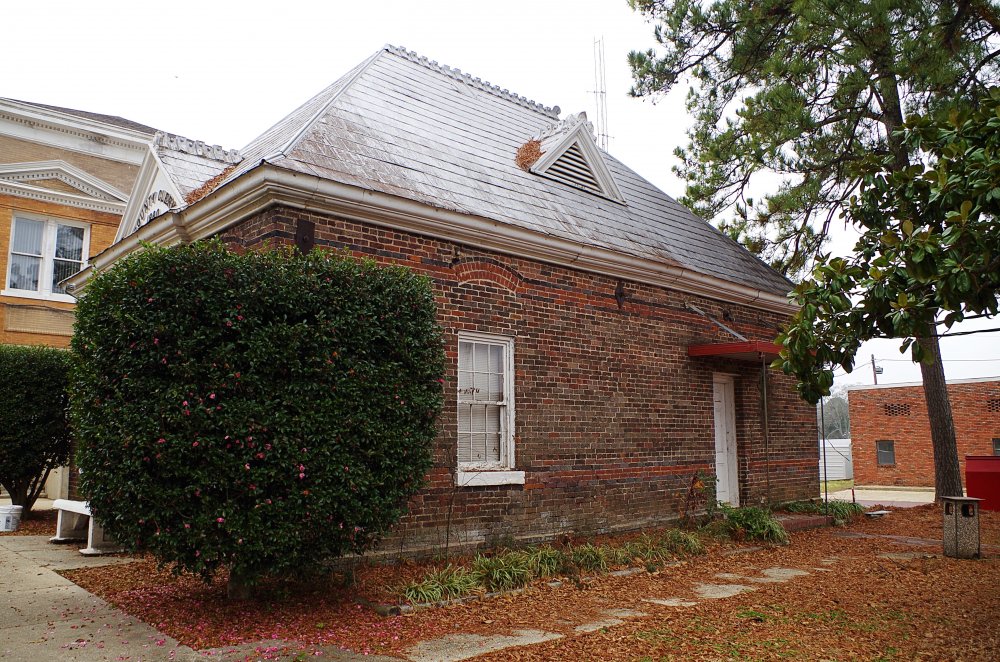