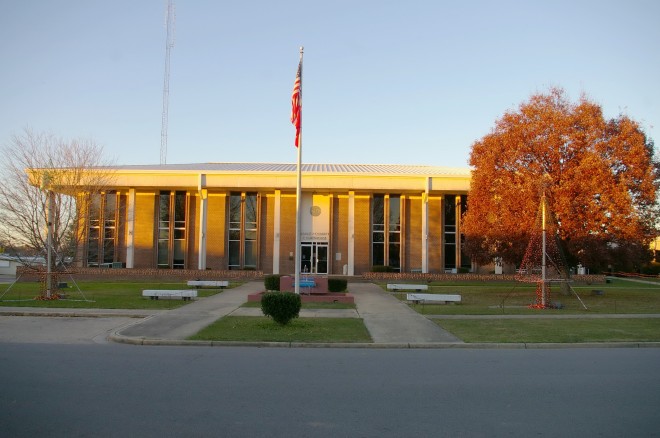 Ashley County is named for Chester Ashley, who was a United States Senator from Arkansas.

Description:  The building faces south and is a two story red colored brick and concrete structure. The rectangular building is located on landscaped grounds in the center of Hamburg and has a central entrance on the south front with panel rising above the glass doors and showing the county seal. The windows are vertical with sections of brick wall between. The over hanging roof is supported by vertical white colored pillars. The roof is sloped slightly. The courtroom is circular. On the east side is another rectangular building. 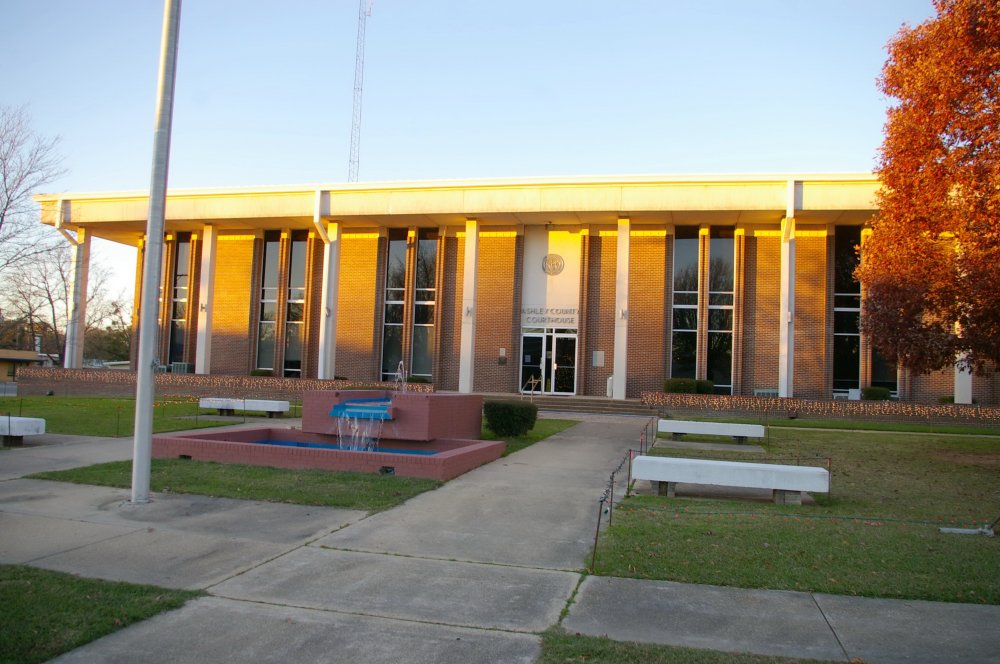 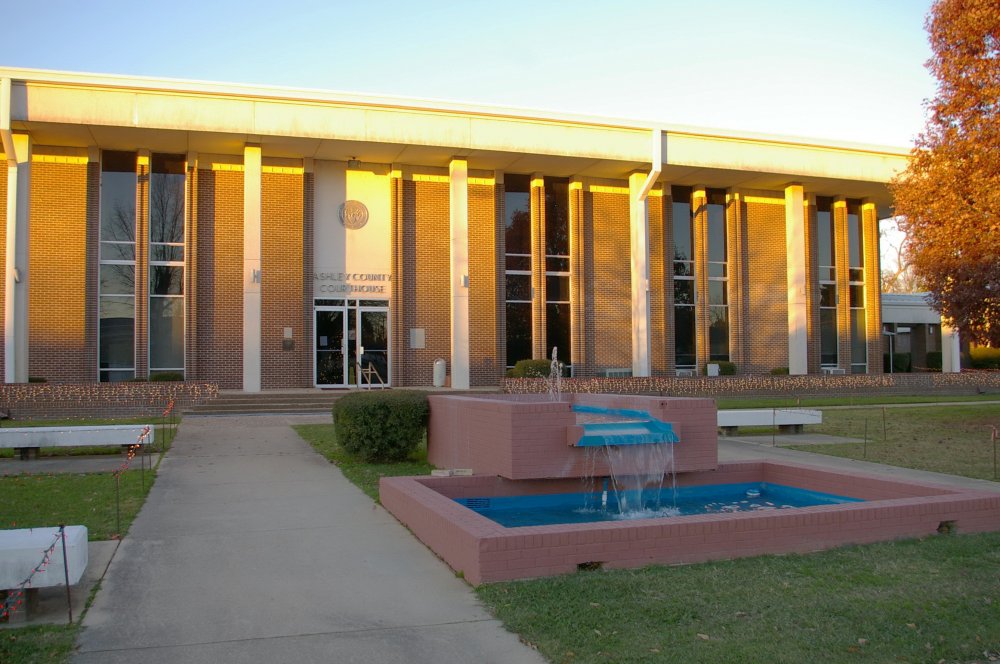 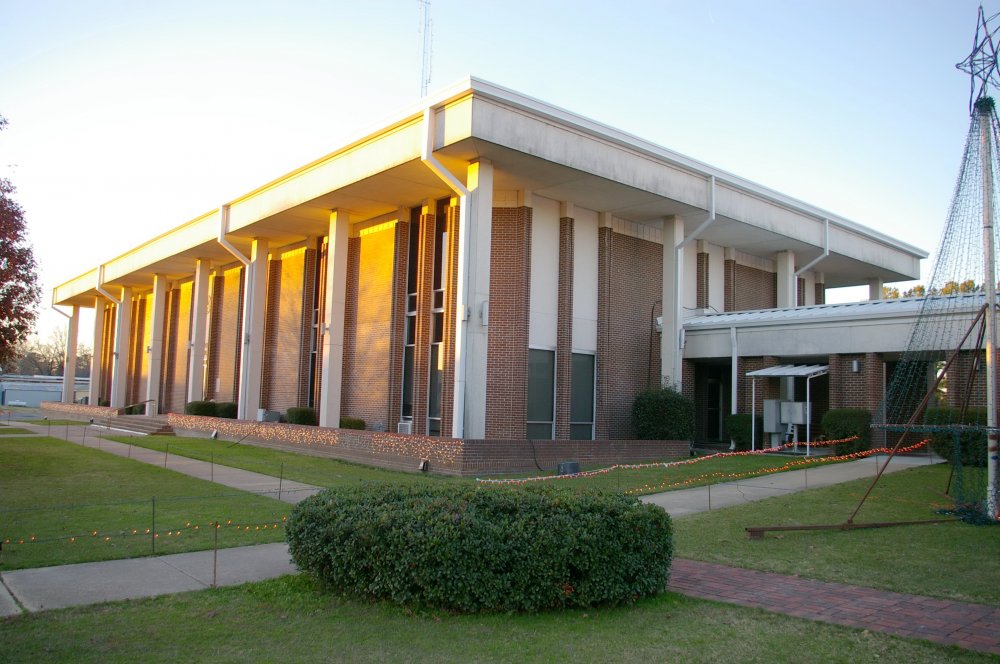 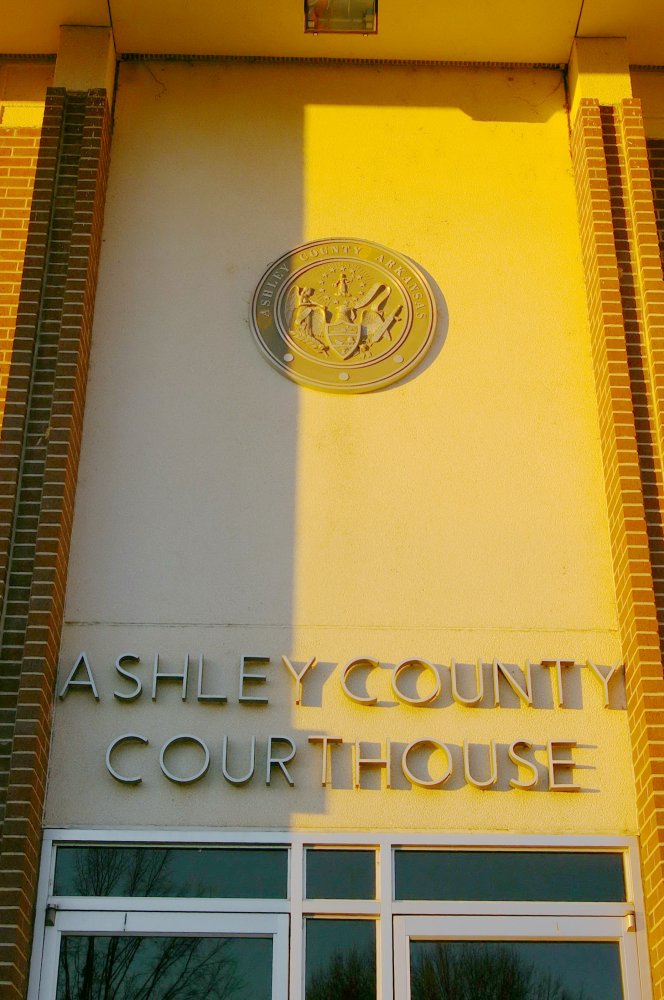