Santa Cruz County is named for the Santa Cruz River and the Spanish for “santa” is “saint” and for “cruz” is “cross”. 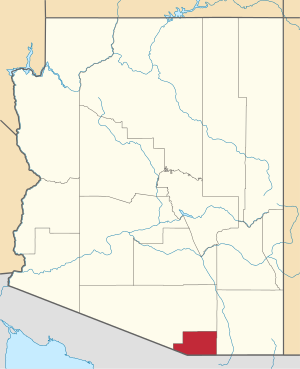 Description:  The building faces south and is a one story yellow colored stucco, concrete and glass Pueblo structure. The building sits atop a hill on landscaped ground on the north side of the center of Nogales. The entrance has a peaked roof and large square pillars support the roofline with the windows being recessed. The interior has an open couryard. The building houses the County Superior Court of Division II and County Justice Court – Precinct 1 (Nogales). 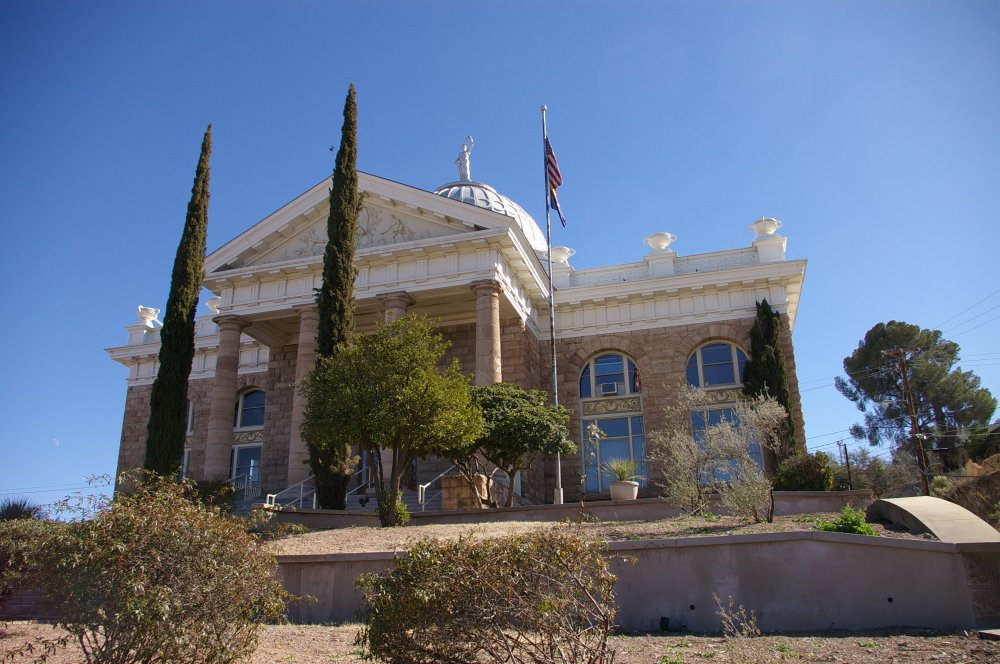 Architect:  Trost and Rust of Tucson

Description:  The building faces west and is a two story rough faced native limestone structure. The building sits atop a steep slope on landscaped grounds in the center of Nogales. The west portico rises to the pediment at the roofline and is supported by for large stone columns. The second story windows are arched. A high white balustrade is situate above the white colored cornice. In the building center is a large dome with green colored roof and statue of Justice on the top. The interior has a central rotunda under the dome. The courtroom was located on the second story. The building now houses the Cowbells Museum and the Cochee College.

Note:  During construction the contract with James Vendervort was transferred to Roy & Titcomb Inc. 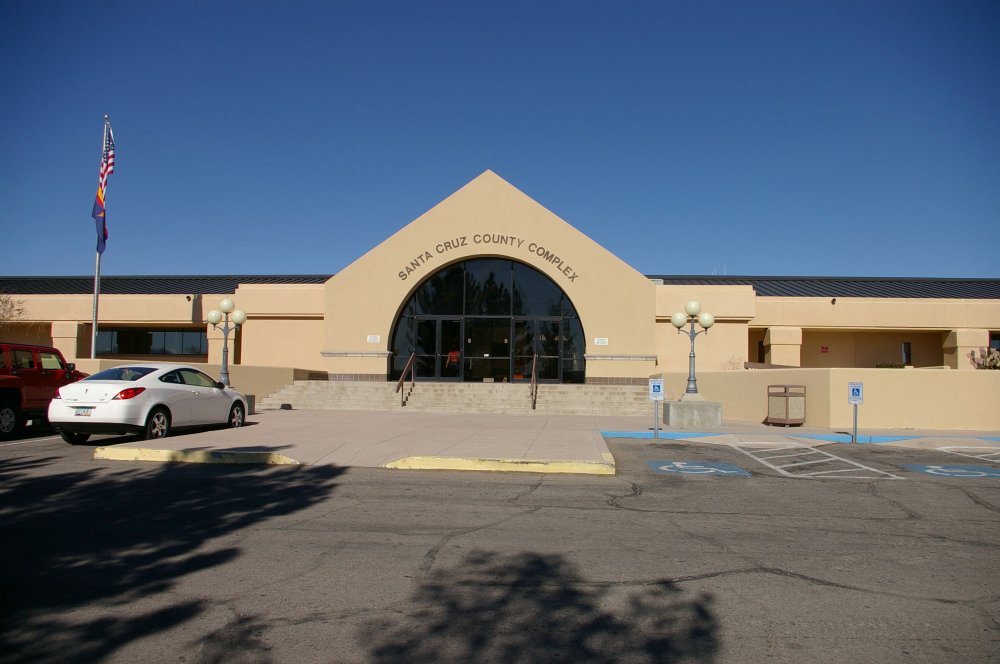 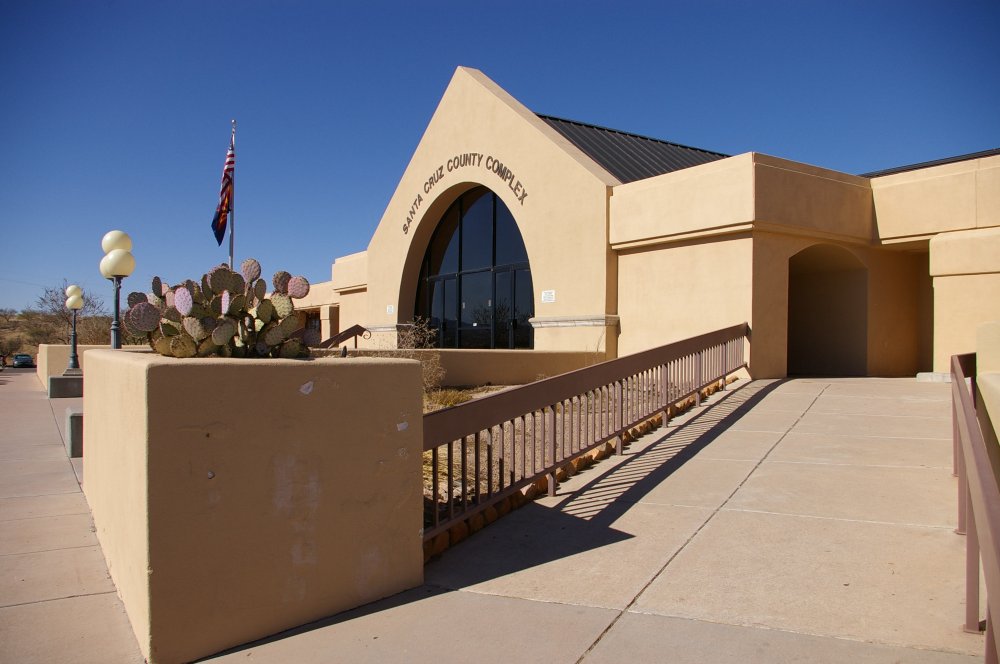 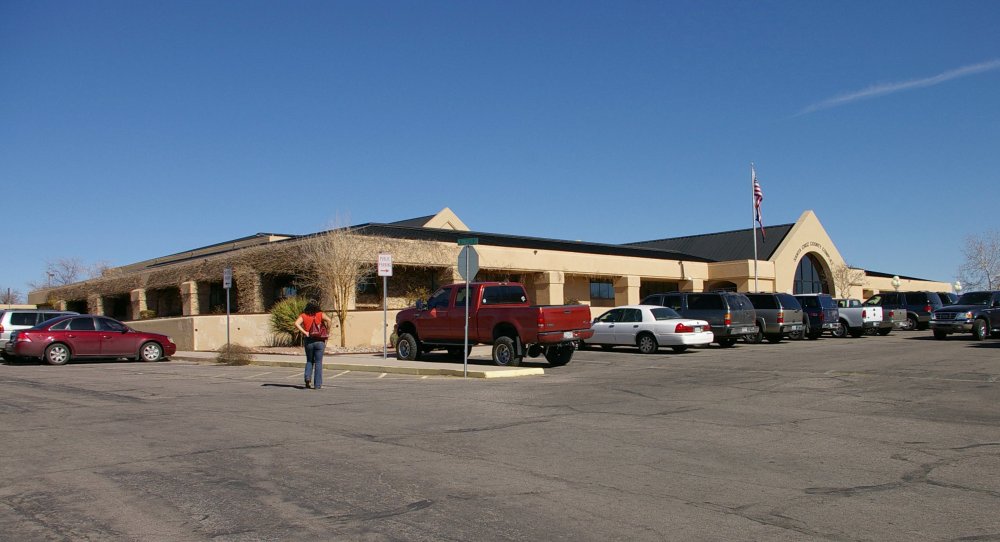 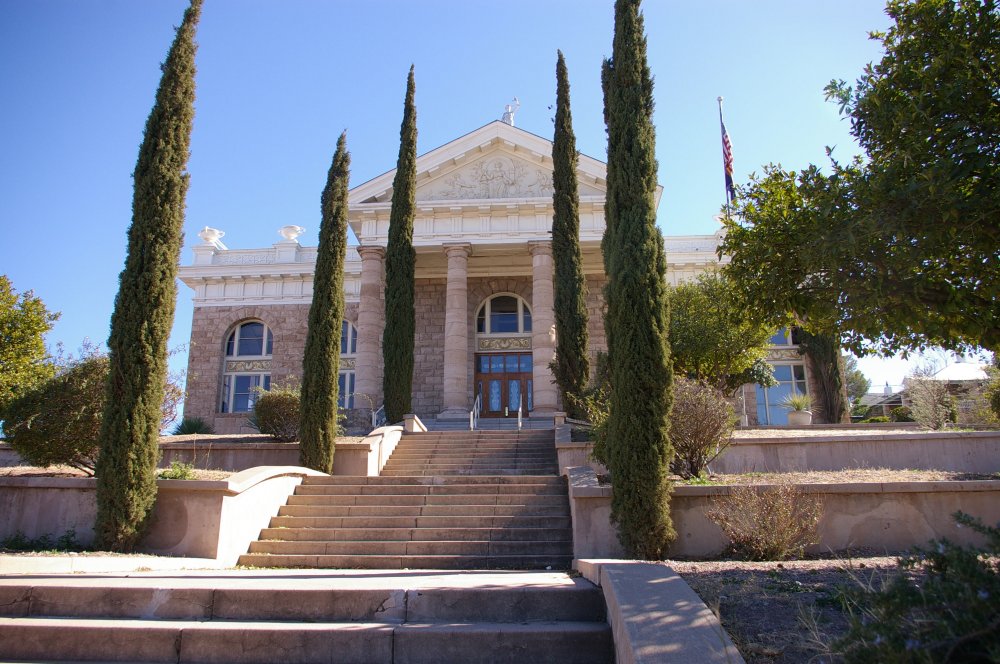