Pima County is named for the Pima Native American  people called Akimel O’odam ( river people ) who lived in the area. 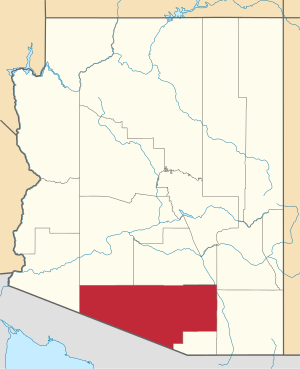 Description:  The building faces east and is a three story pink coloured stucco, brick and stone style structure. The building forms a “U” shape with a series of one story arches with plaza behind on the east front. The central entrance is framed with decorative stone rising to the third story.  On the center of the roof is a large octagonal base with a large cement dome covered by ceramic tiles.. On the west side is an open plaza on the west side extending to the City Hall. Description:  The building faces south and is a nine story concrete, glass and steel structure. Along the south and east sides of the first story is a long portico supported by arched columns. Vertical glass panels are divided by concrete dividers with no windows at the stone faced corners.  The building is the Pima County Superior Courts Building and is located on the south side of the courthouse. The Pima County Government Center extends west along Congress Street including the eleven story County Administration Building and the six story County Health & Welfare Building.