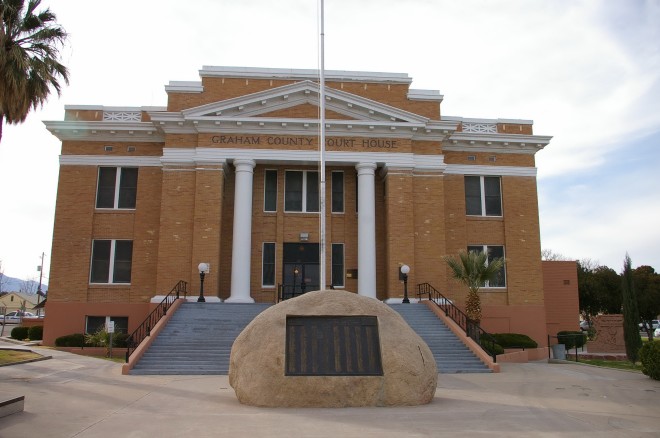 Graham County is named for Mount Graham, the highest mountain in the Pinaleno Mountains. 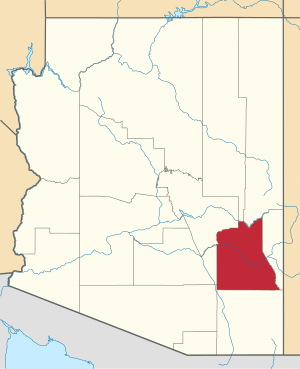 Description:  The building faces east and is a two story reddish colored brick and concrete structure. The building is located on landscaped grounds in the center of Safford. The wall surfaces are faced with El Paso pressed red brick and contrast in texture with the smooth concrete foundation. The east front has a recessed portico supported by two large white colored Doric columns. A white colored horizontal band extends around the building above the second story windows. There is a white colored cornice with a white colored edged pediment above the entrance. On the interior, the main staircase features the original wooden balustrade and newel post, Wooden wainscoting, moldings, interior doors and door trim are all intact in the main hallways, allowing the public areas to convey the historic essence of a turn-of-the-century space. The courtroom is located on the second story. The building houses the County Superior Court of Division II and County Justice Court-Precinct 1 (Safford). 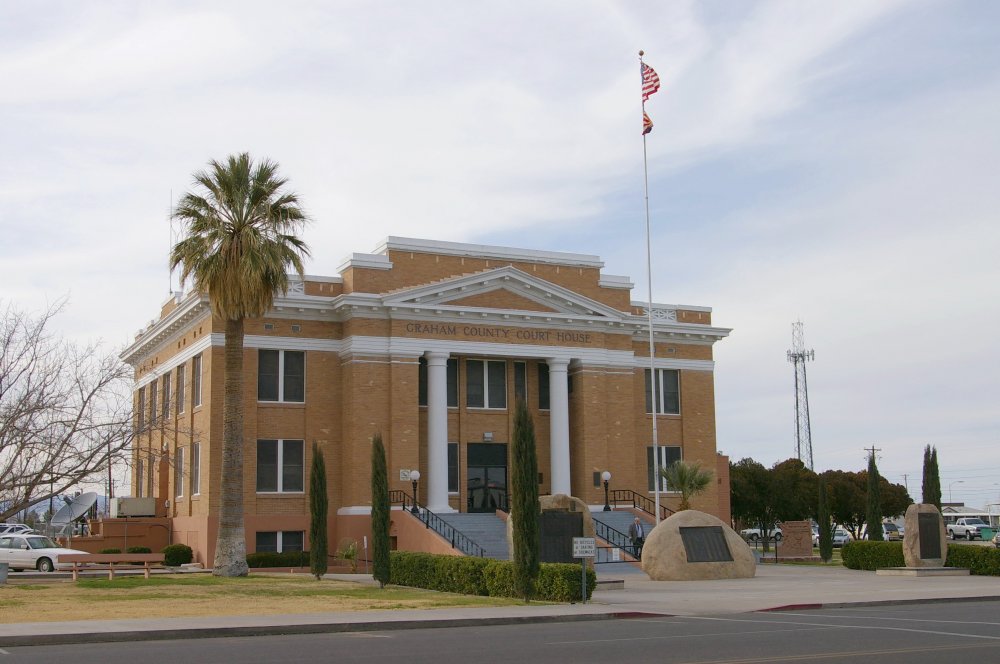 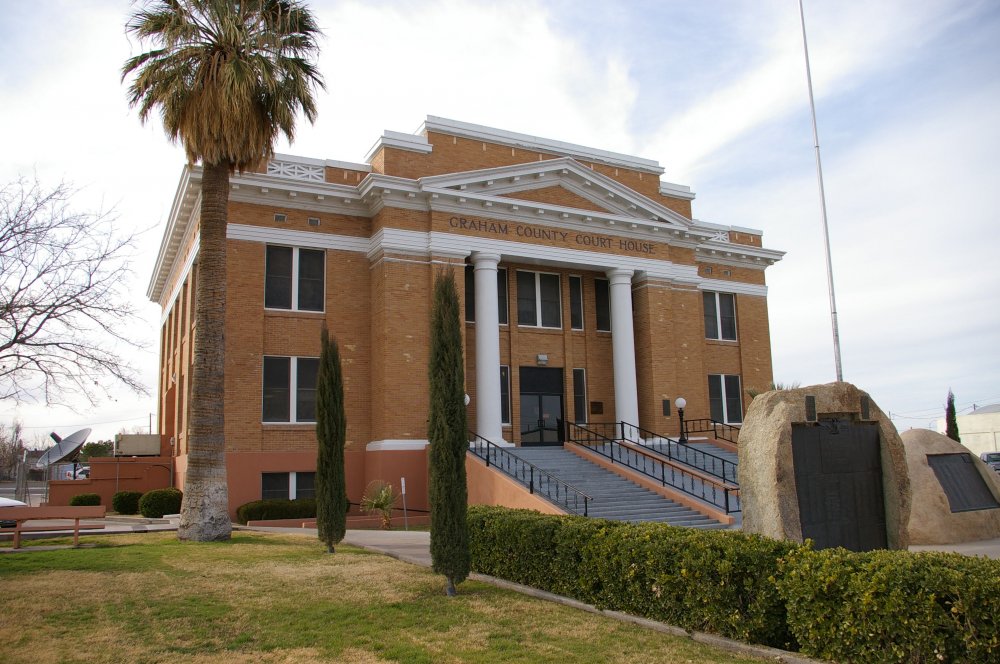 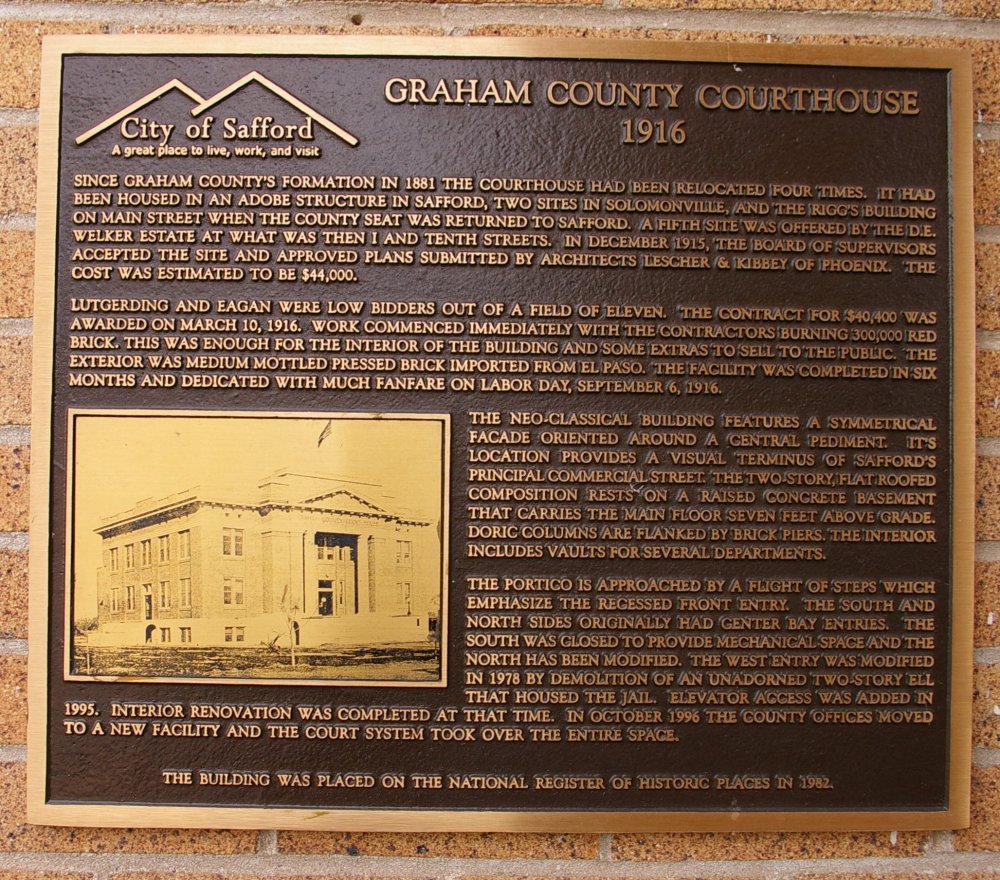 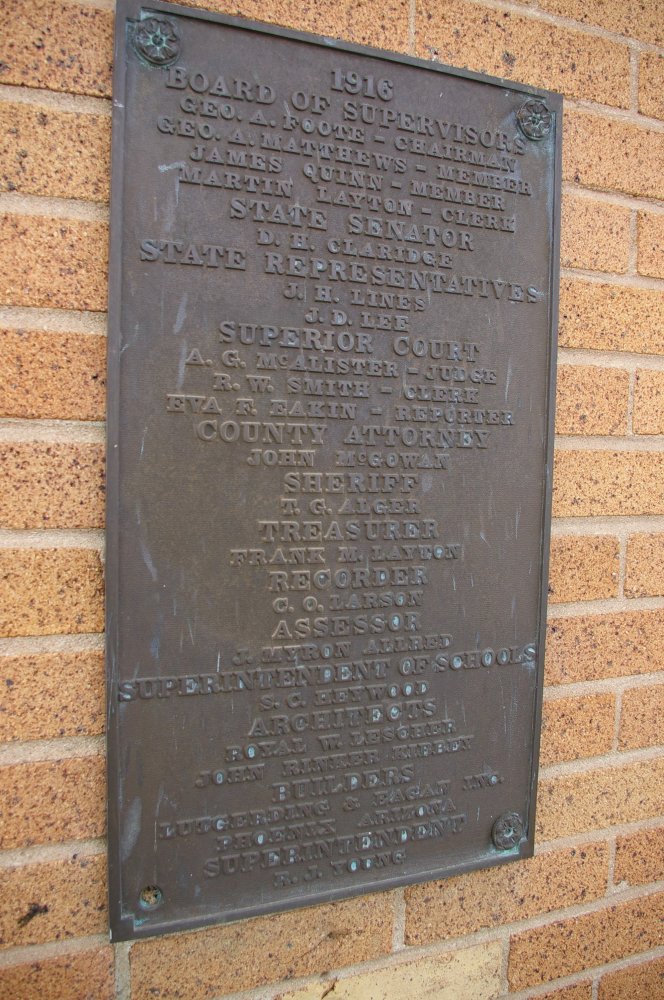 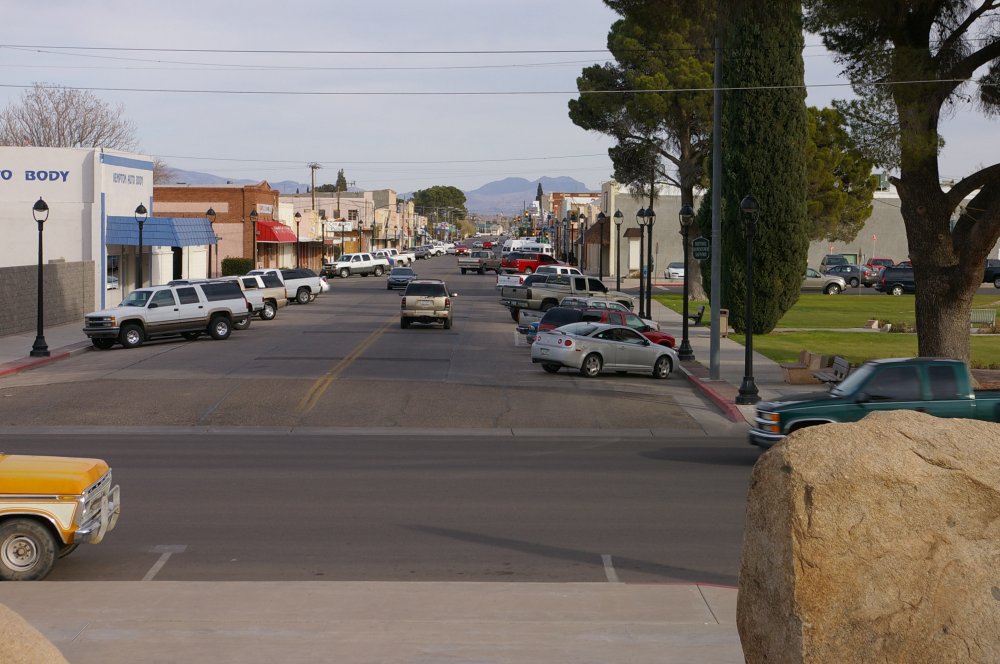