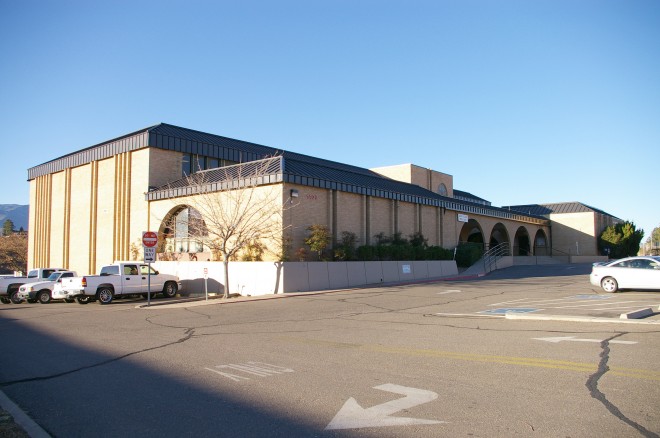 Gila County is named for the Gila River which flows through the county, and which river was named for the Spanish contraction of “Hah-quah-sa-eel”, a Yuma word meaning “running water which is salty”. 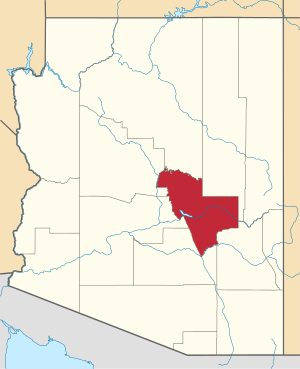 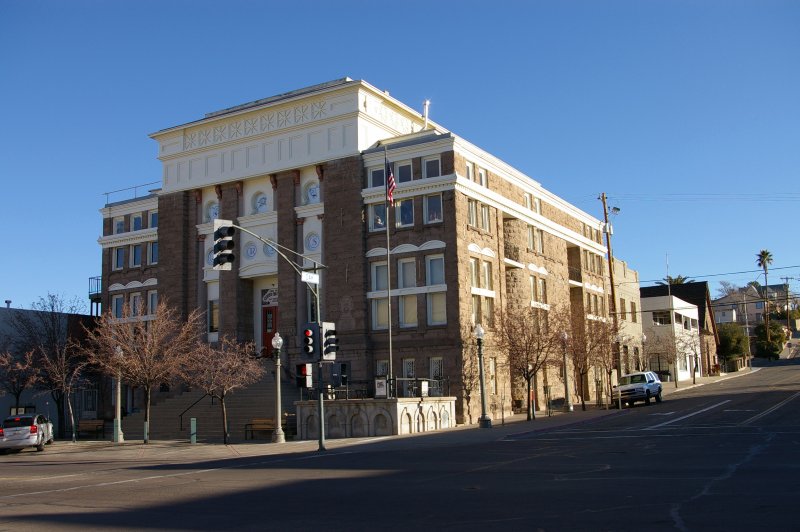 Description:  The building faces west and is a three story brown stone and concrete structure. The building is located in the center of Globe. The building has steep steps on the west front leading up to the single entrance doorway. On the third story are circular windows with cream-white trim. The upper center portion of the building is a raised cream-white faced section. The courtroom was located on the third floor. The building remained vacant from 1976 to 1884 and is now the Cobre Valley Center for the Arts. On the east side is the old County Jail. 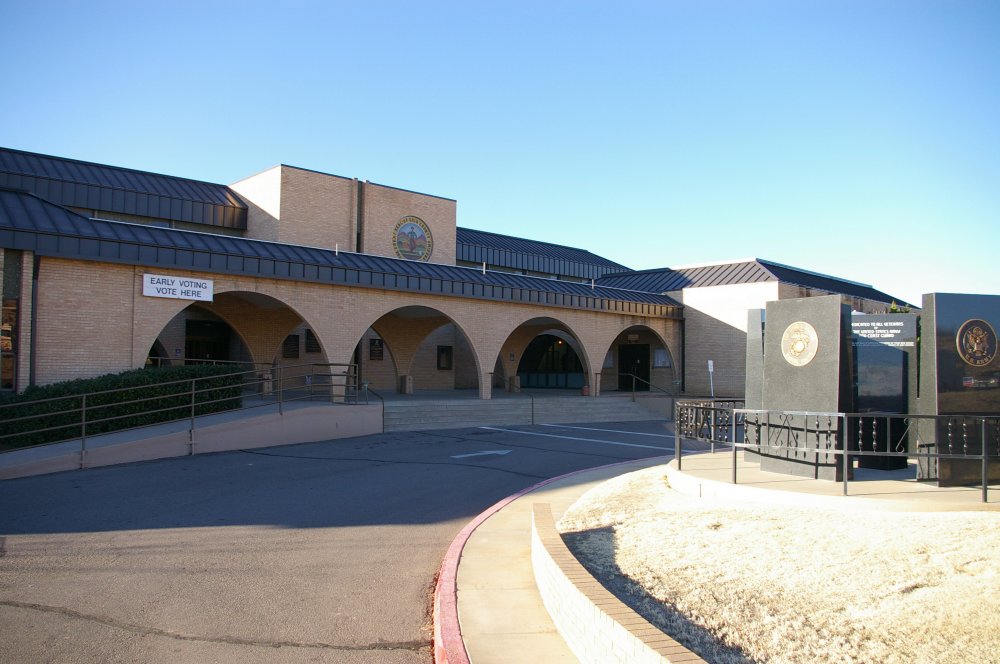 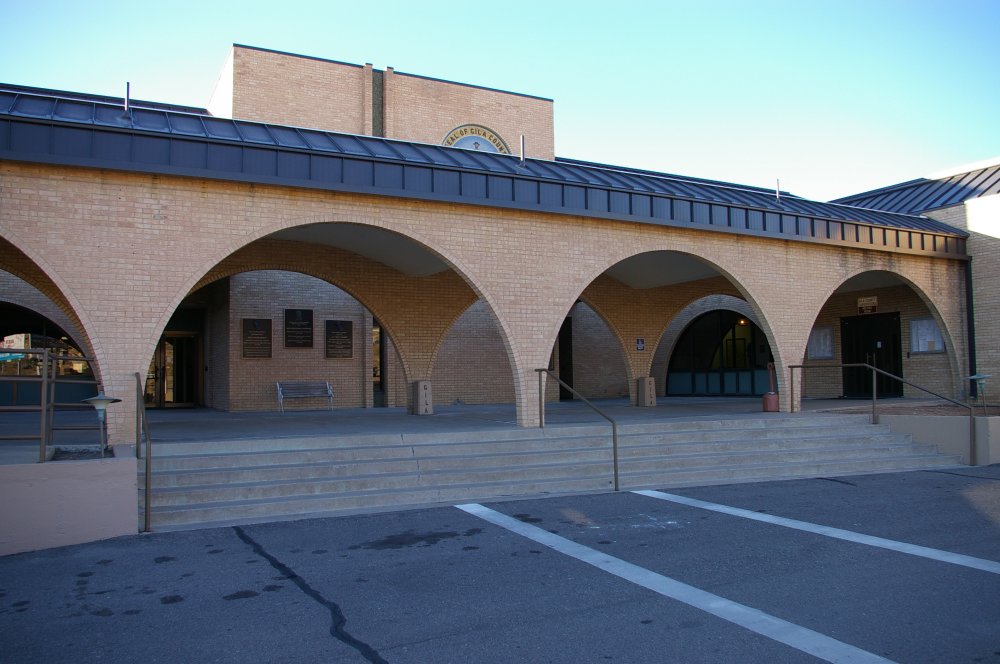 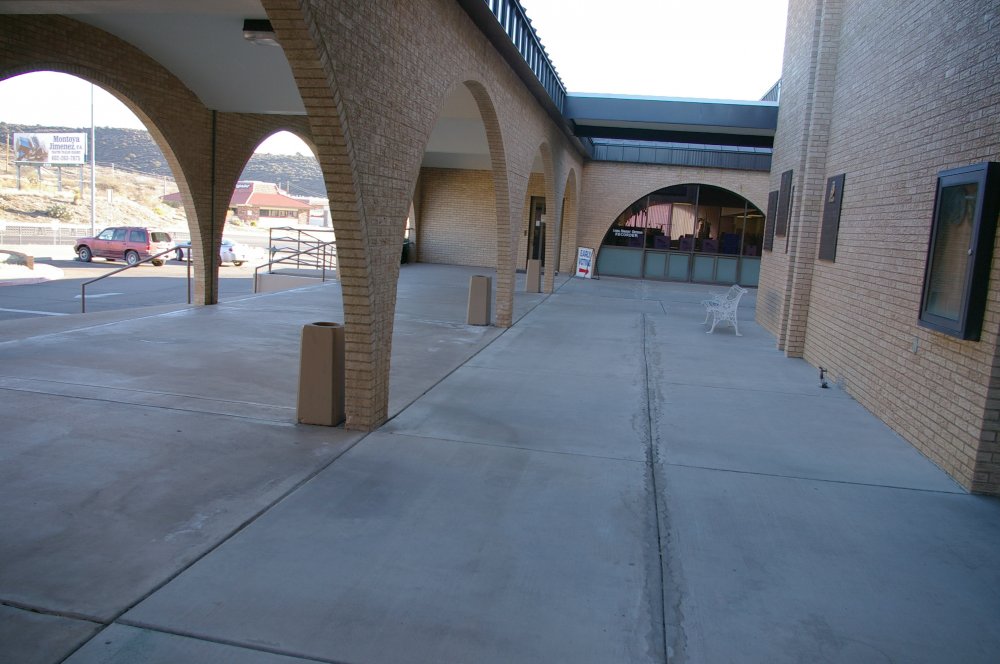 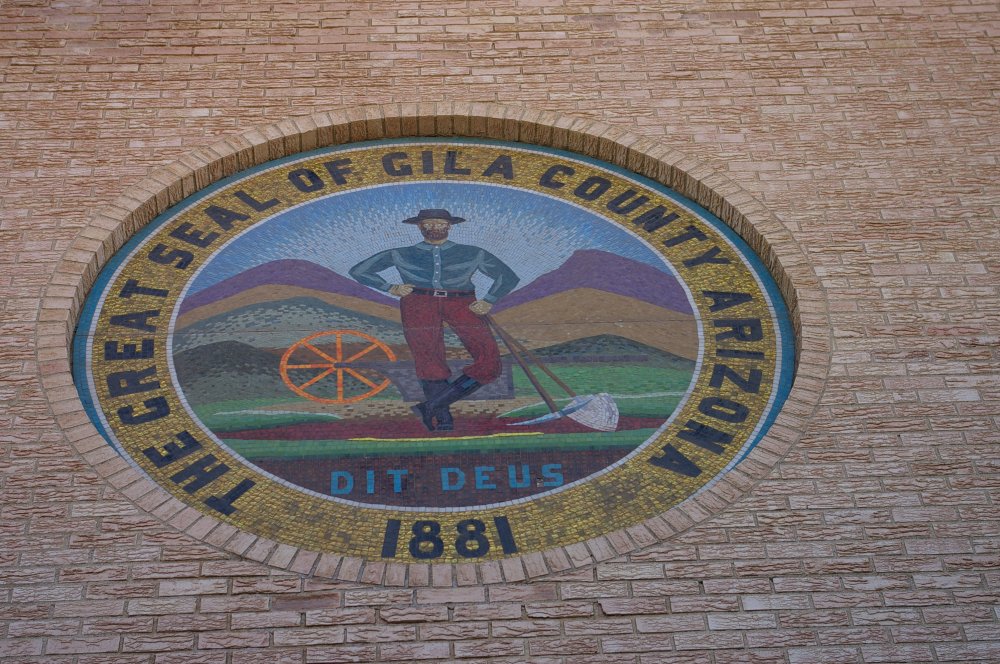 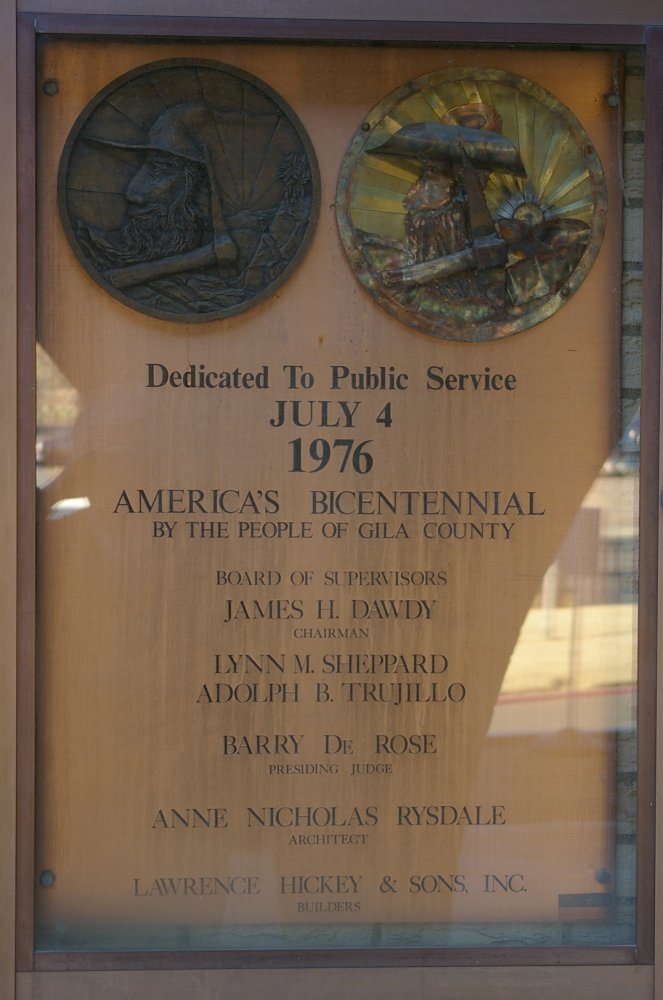 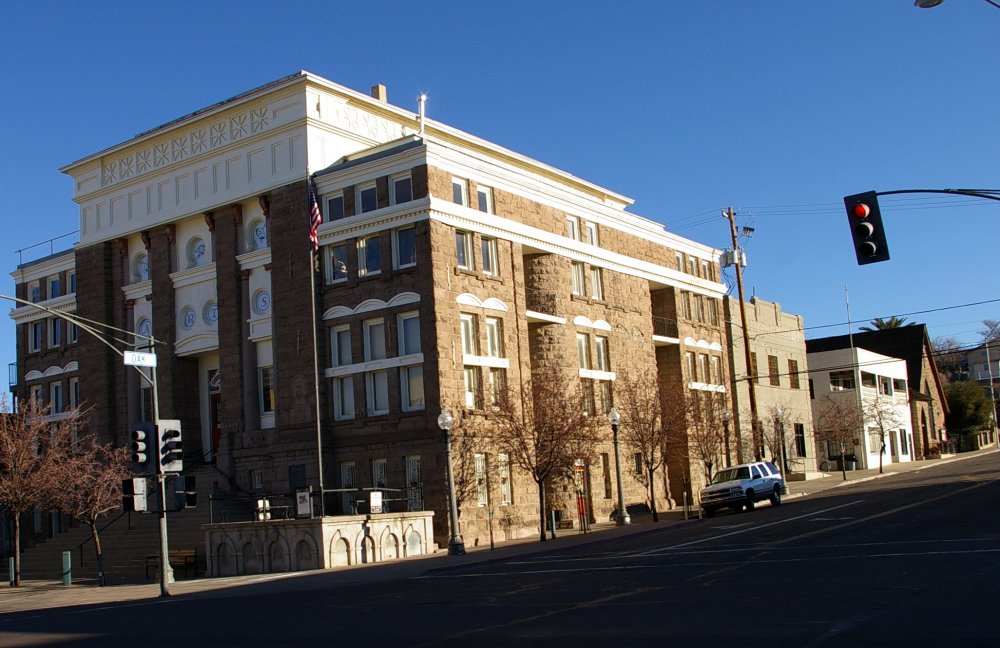 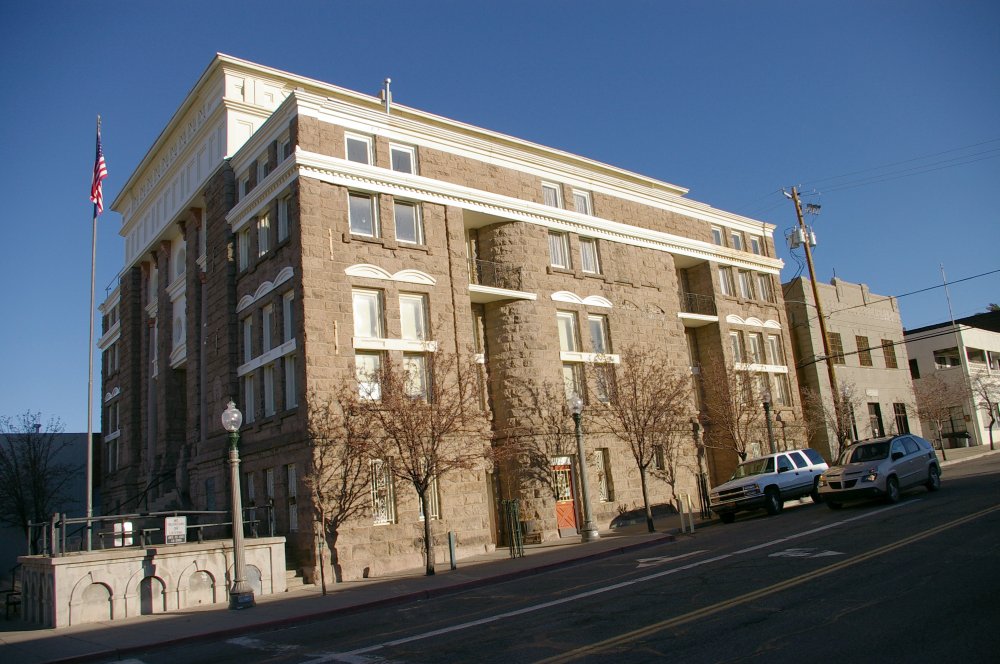 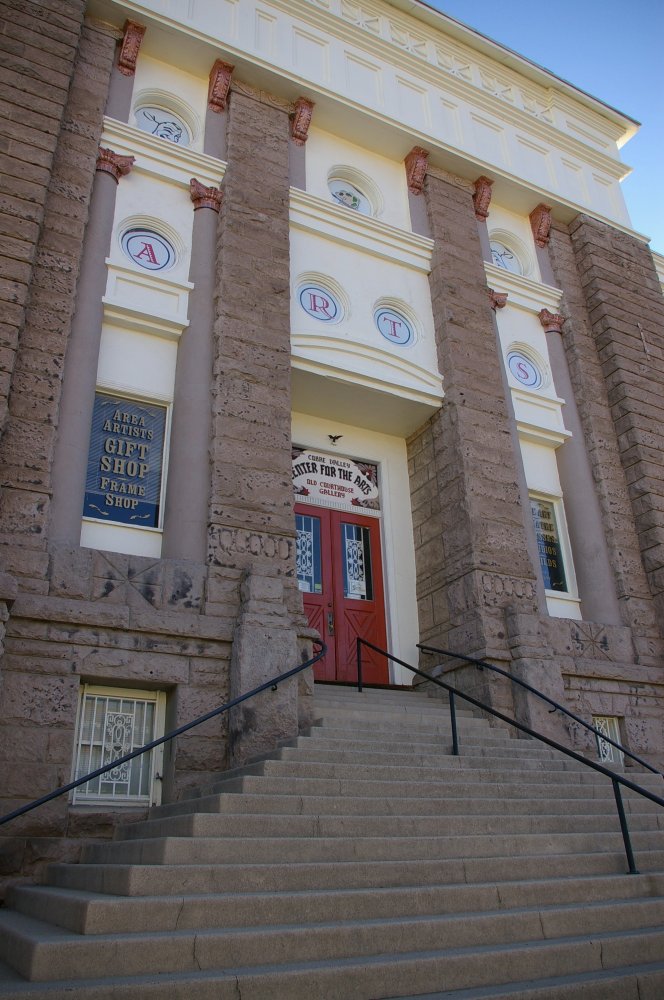 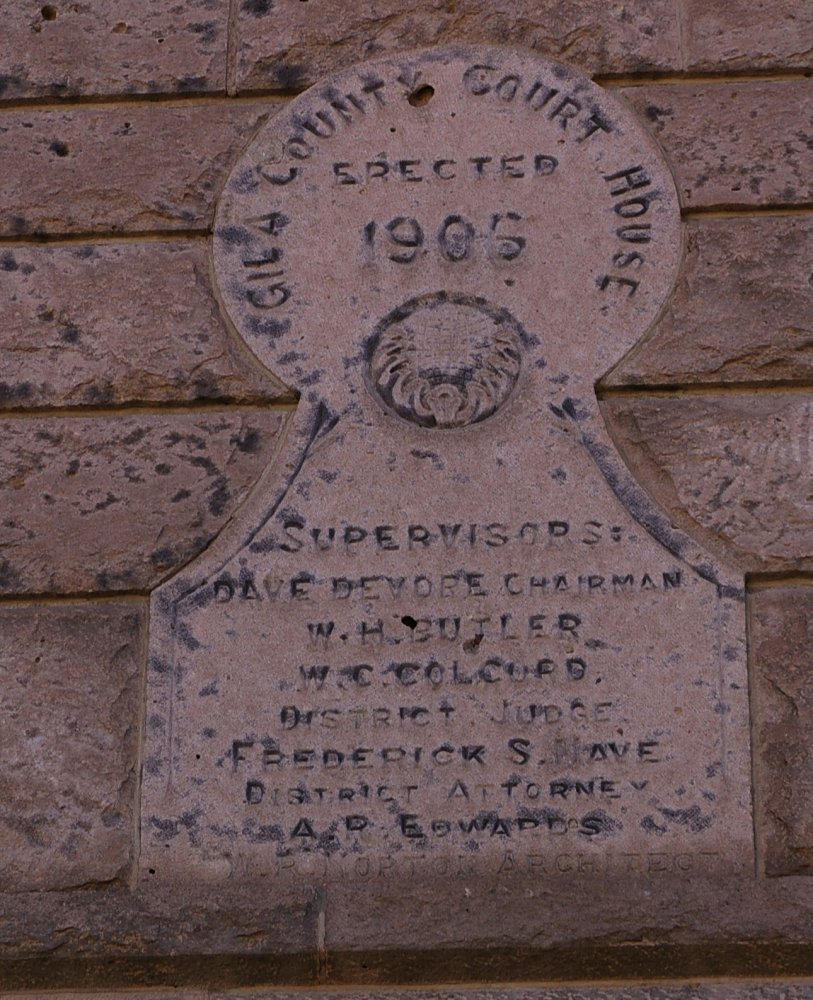