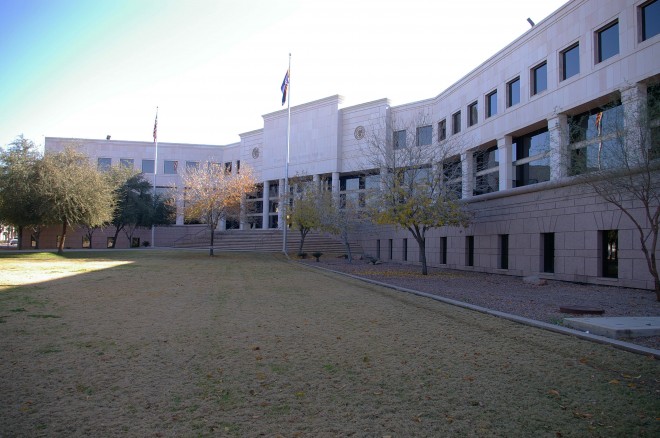 Contractor:  The Wertz Company of Phoenix

Description:  The buildinng faces north and is four story concrete and glass structure. The building is located on 3.6 acres to the east of the State Capitol. The building which is a curved “L” design, uses a series of architectural images that symbolize the stark power of the law and the region. The north front of the building has classic round columns on the lower two half and flat stone on the upper half where the words “Where Law Ends, Tyranny Begins” are set into the stone above the main entrance. The classical features of the rotunda and its spiraling staircase, and the classical features of the courtrooms, echo the law’s classical antecedents. The building is functional and symbolic in design. Level 1 contains the State Law Library and Computer Center. Level 2 contains two Appellate Court Rooms, one on either side of the entrance rotunda. Level 4 contains the Supreme Court Chamber in the center of the building and over the main entrance. The building contains the State Supreme Court, the State Appellate Court, State Law Library, judicial offices and interactive video/ teleconferencing center. 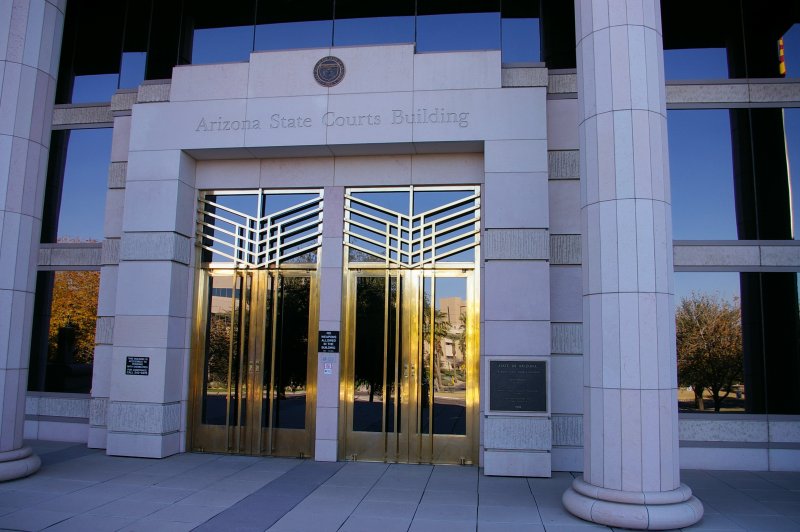