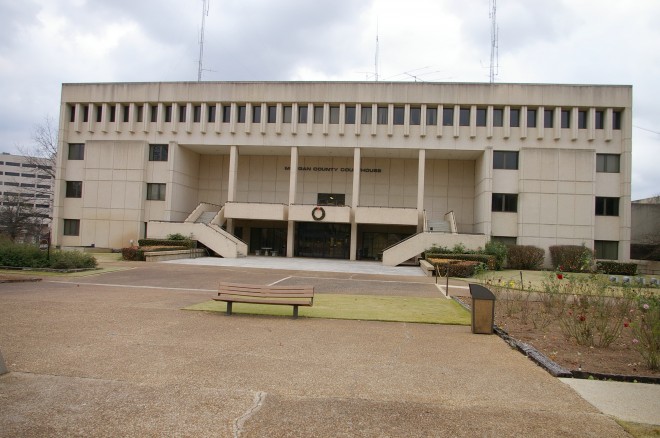 Morgan County is named for Daniel Morgan, who was a United States Congressman. 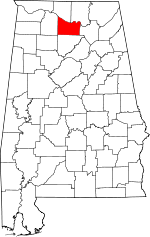 Description:  The building faces northeast and is a four story concrete structure.  The building is located on landscaped grounds in the center of Decatur. The northeast front has a recessed porch on the second and third stories with steps on either side. The first story has glass walled entrances. The top story has vertical dividers between the windows. The building has a flat roof line.  The building houses the County Circuit Court and the County District Court of the 8th Judicial District. 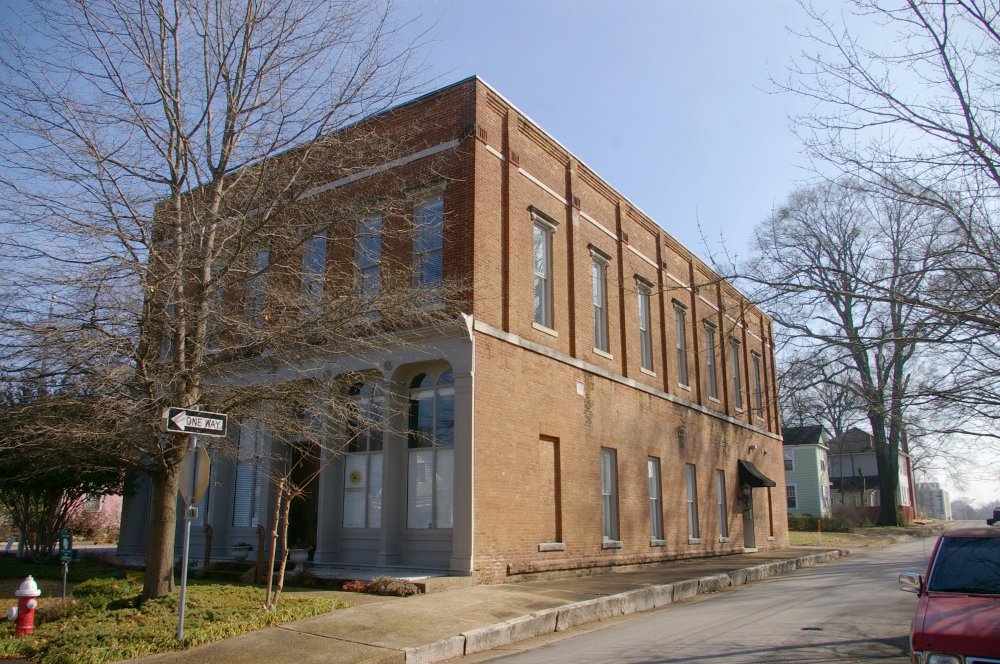 Description:  The building faces west and is a two story red colored brick and wood structure. The building is located in the center of Decatur to the northwest of the courthouse and was constructed as a drug store and served as the courthouse from 1891 to 1894. The west front of the rectangular building has a central entrance with vertical windows on either side which are framed and recessed. The roof line is flat. The building is names as the John T Banks Building and now houses offices. In 2000 to 2002, the building was renovated by Ronald Terry and Joyce Terry of Decatur. 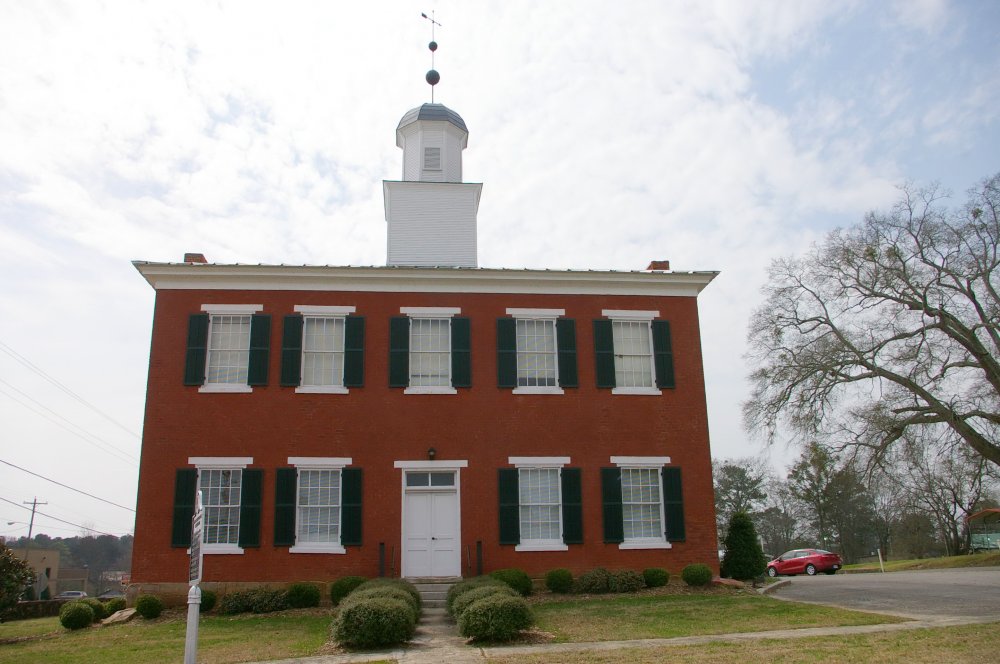 Description:  The building faces north and is a two story two red colored brick and wood structure. The building is located in Courthouse Square surrounded by landscaped grounds in the center of Somerville. The north front has a central entrance with white colored wood frame. On the center of the roof is a square white colored wood cupola with hexagonal section and dome at the top. The roof is hipped.

Note:  The courthouse in Somerville is the oldest original courthouse in Alabama. Special taxes were levied by the Alabama legislature in 1836 to pay for the construction. After 1891, the building was used as a school and is presently used for meetings of the Somerville Town Council. 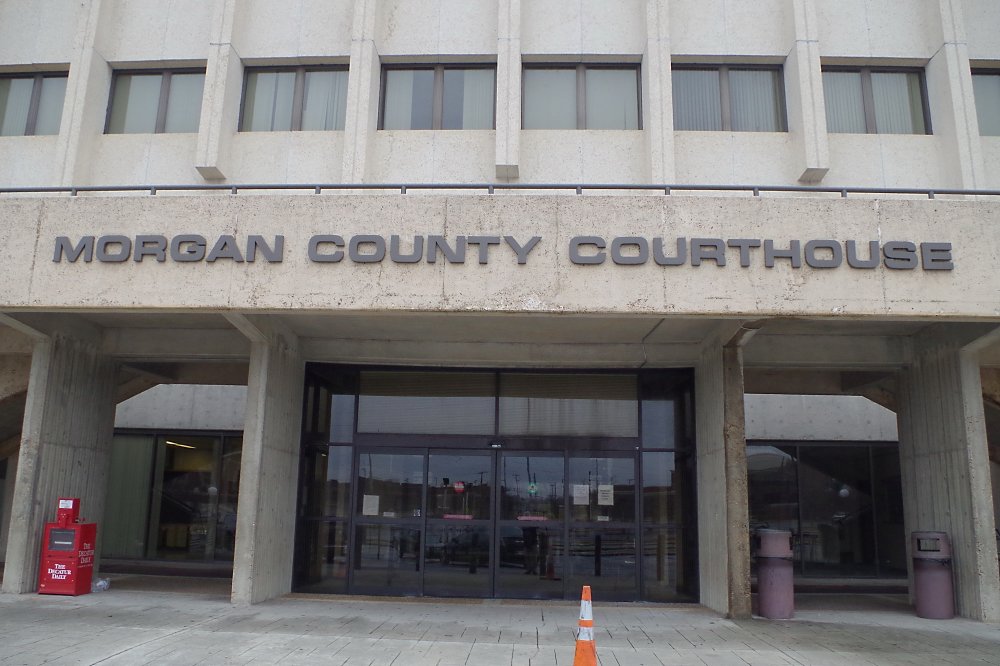 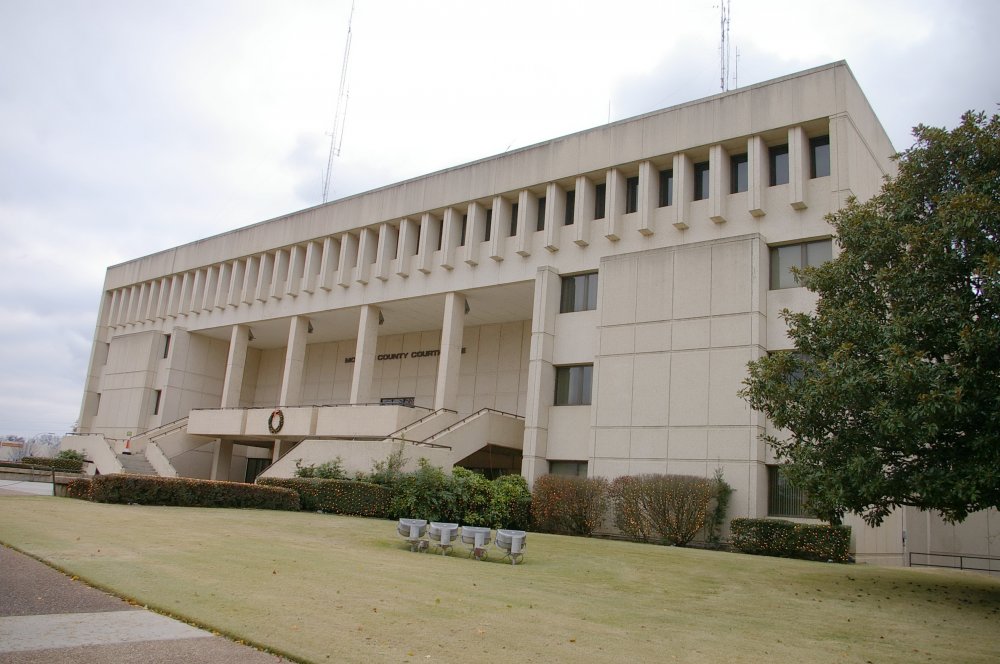 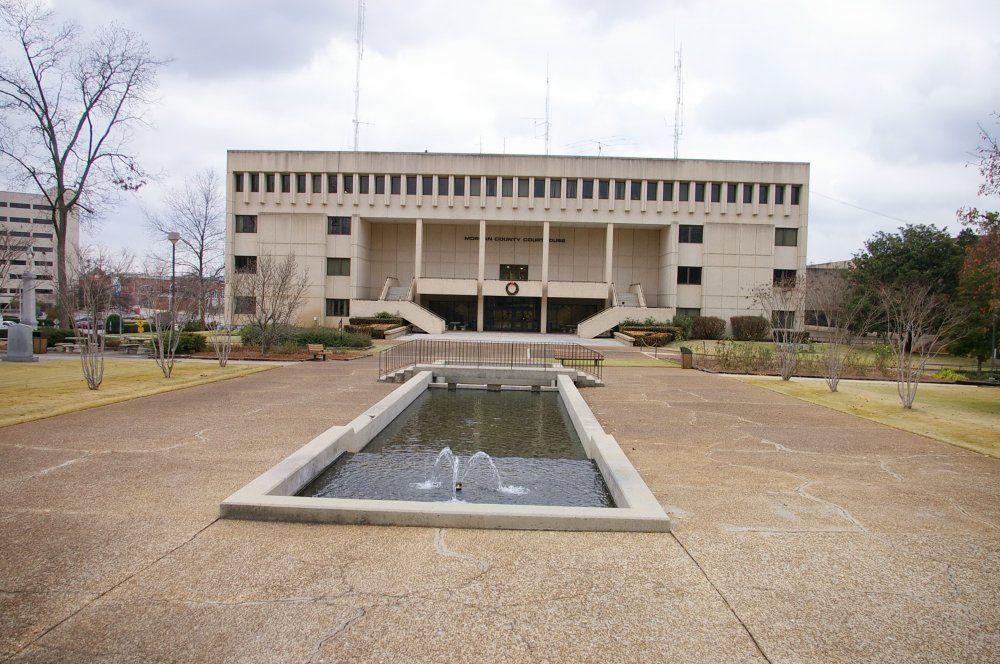 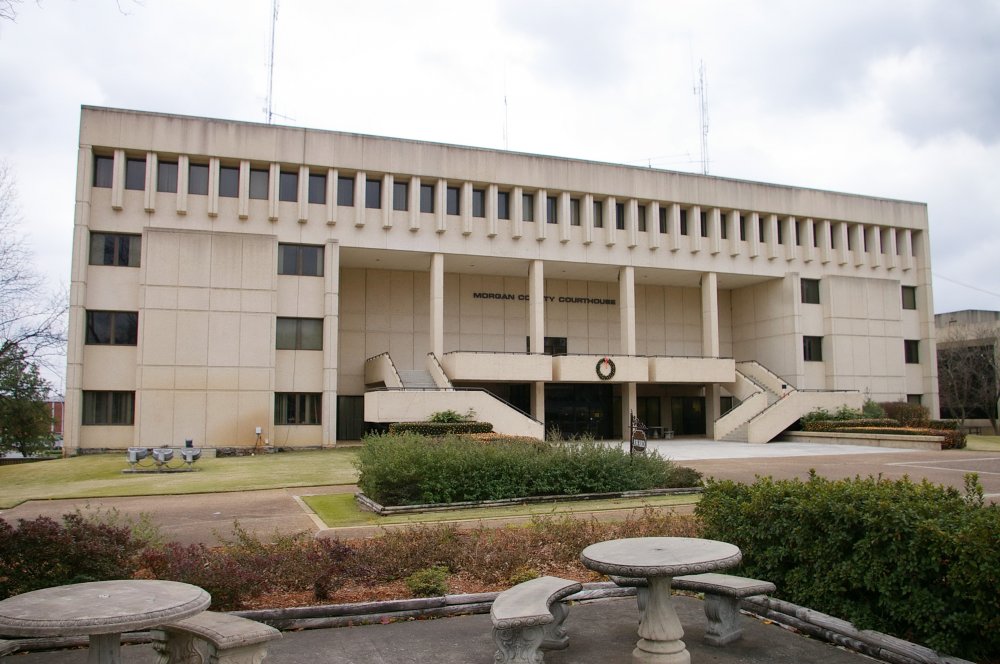 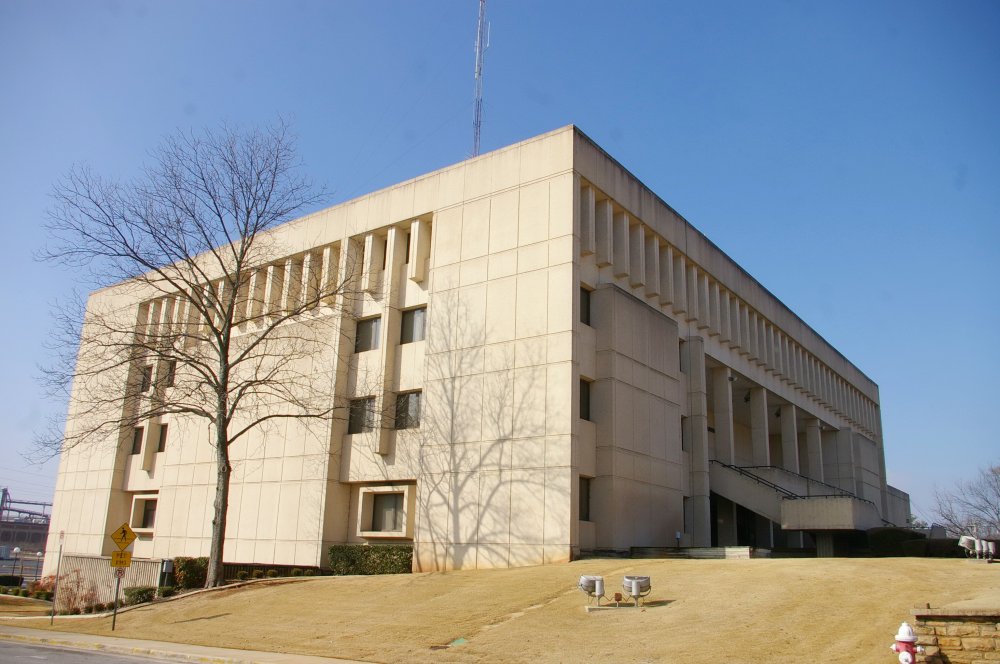 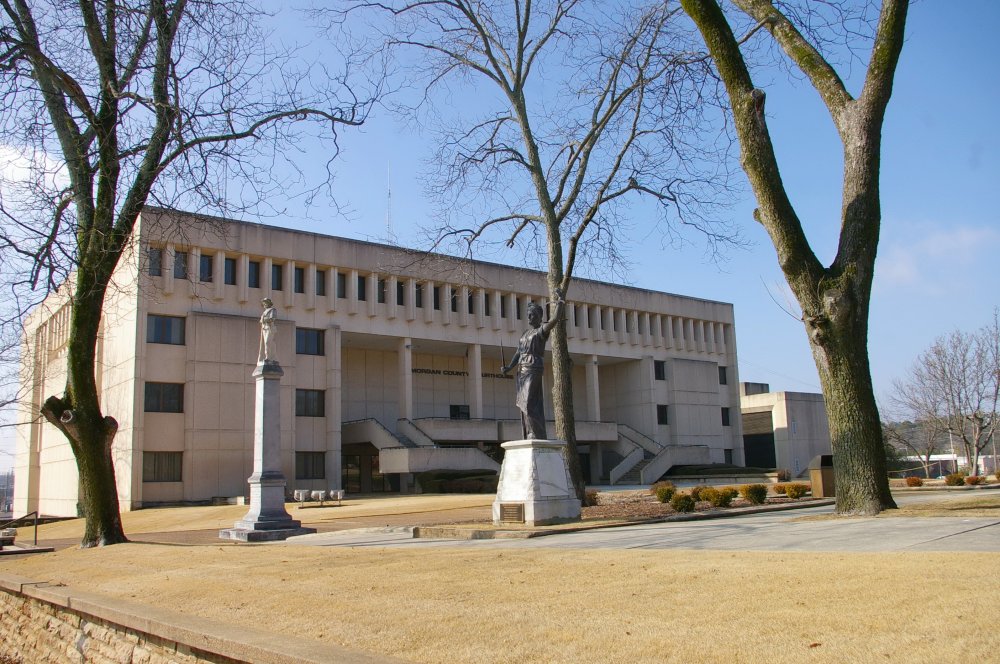 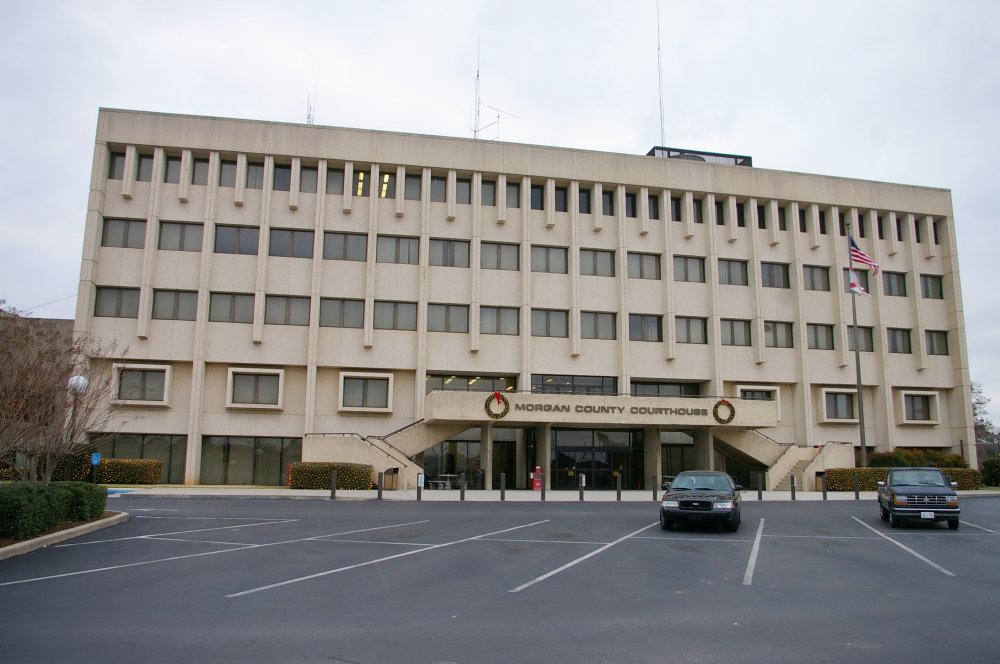 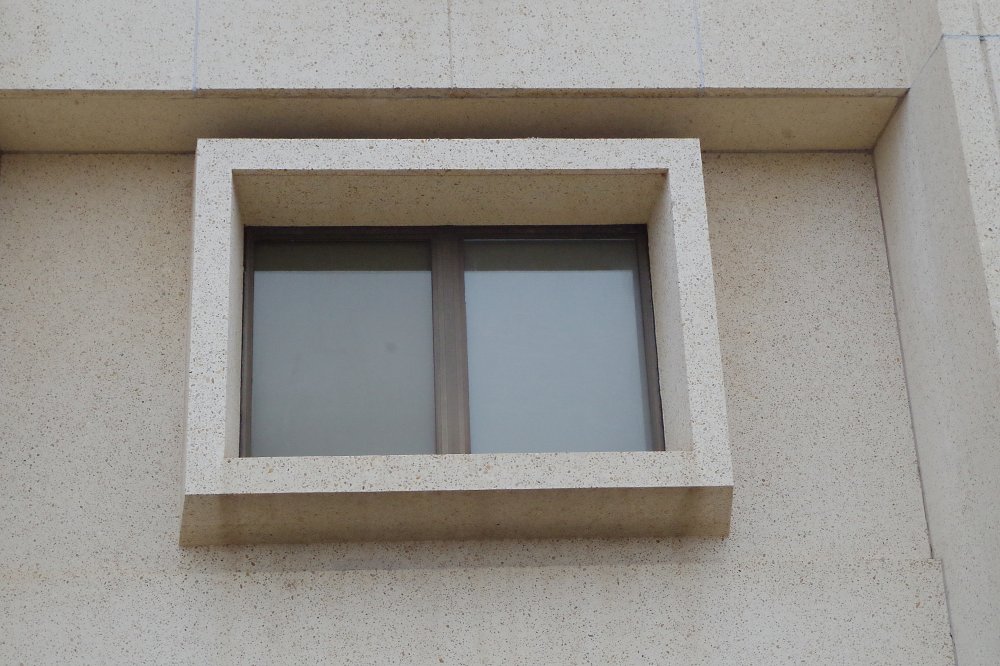 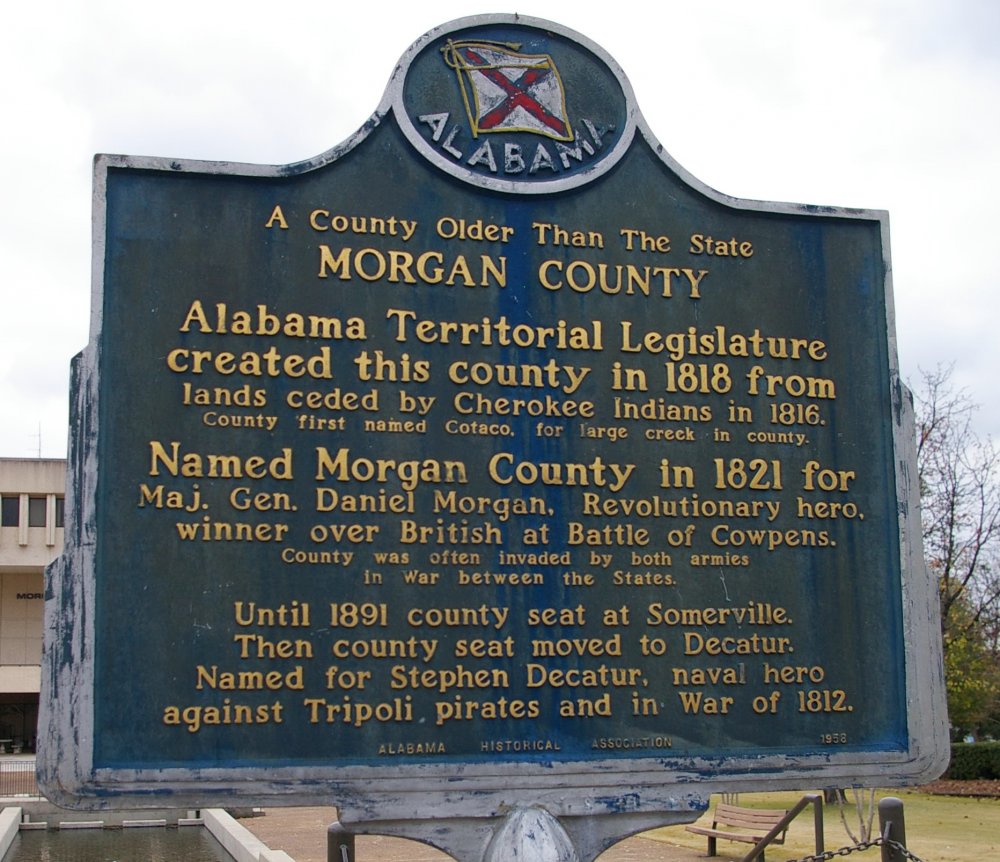 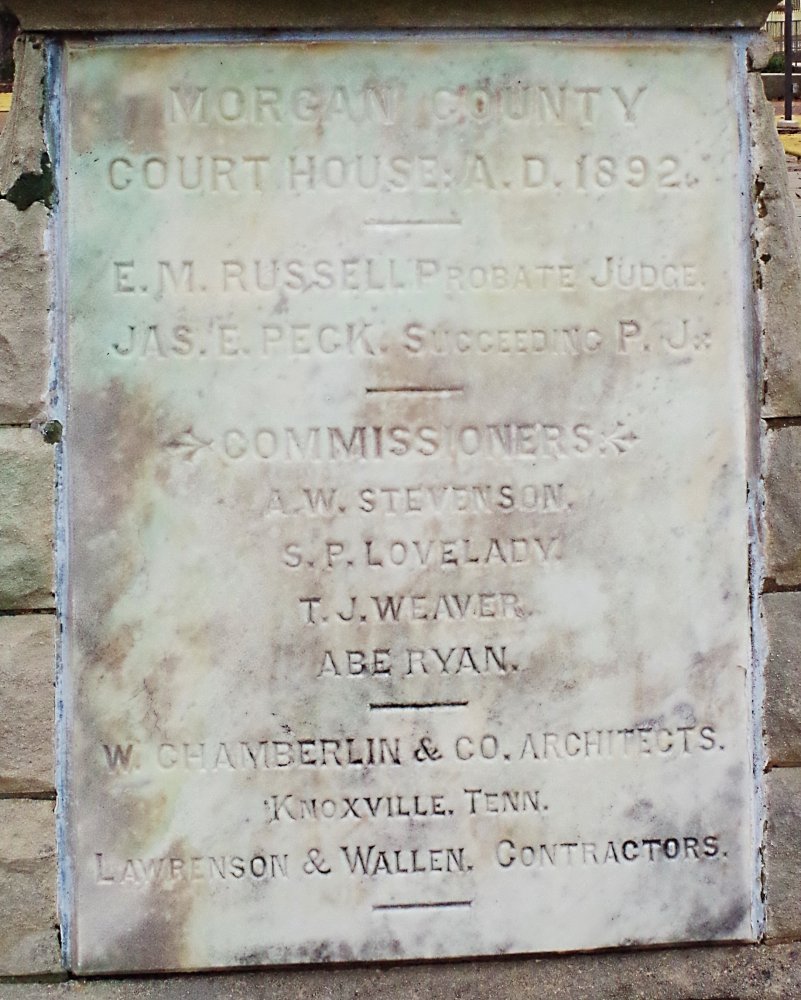