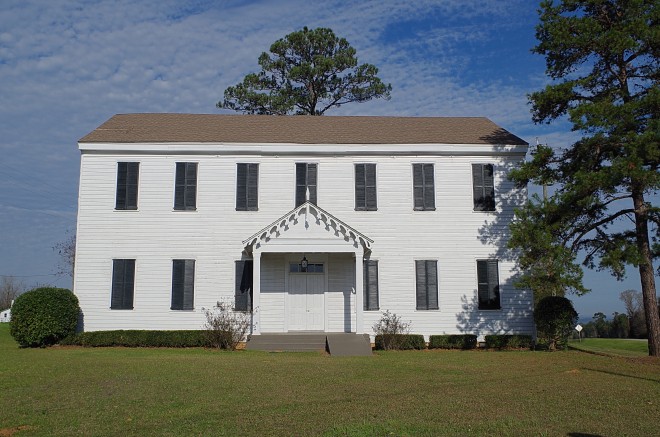 Description:  The building faces east and is a two story white clapboard wood frame structure. The rectangular shaped building is located on spacious landscaped grounds in the center of Perdue Hill. The east front has a central entrance with projecting central wood frame portico. The windows are vertical and the roof is hipped. The building was erected in Claiborne and served as the courthouse until 1832 when the county seat was moved to Monroeville. In 1884, the building was moved to Perdue Hill. The first story was used as courtroom and the Claiborne Baptist Church and the second story was used as the Claiborne Masonic Lodge. 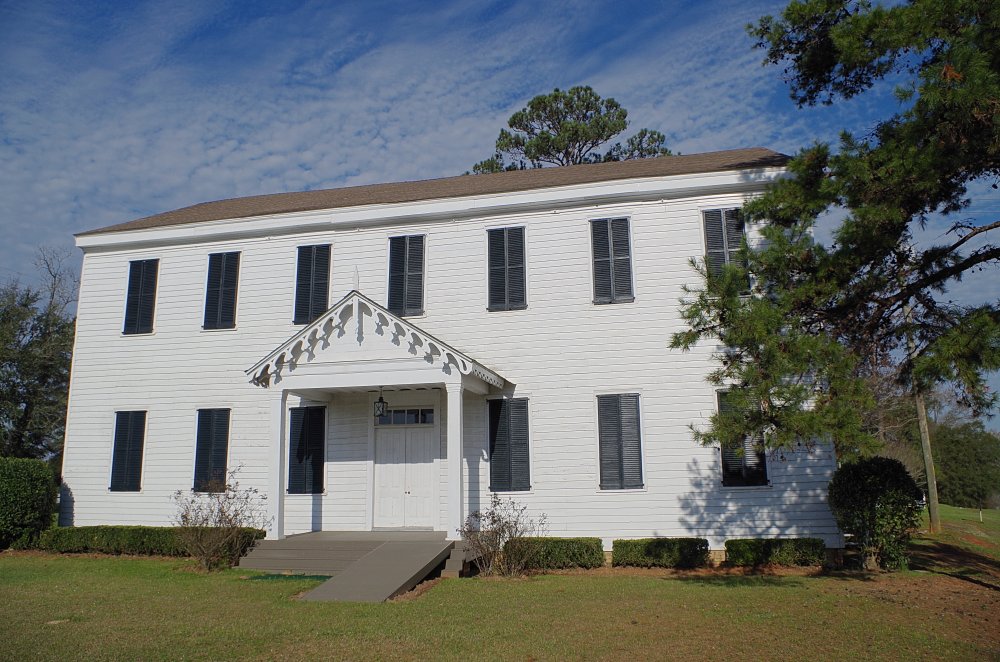 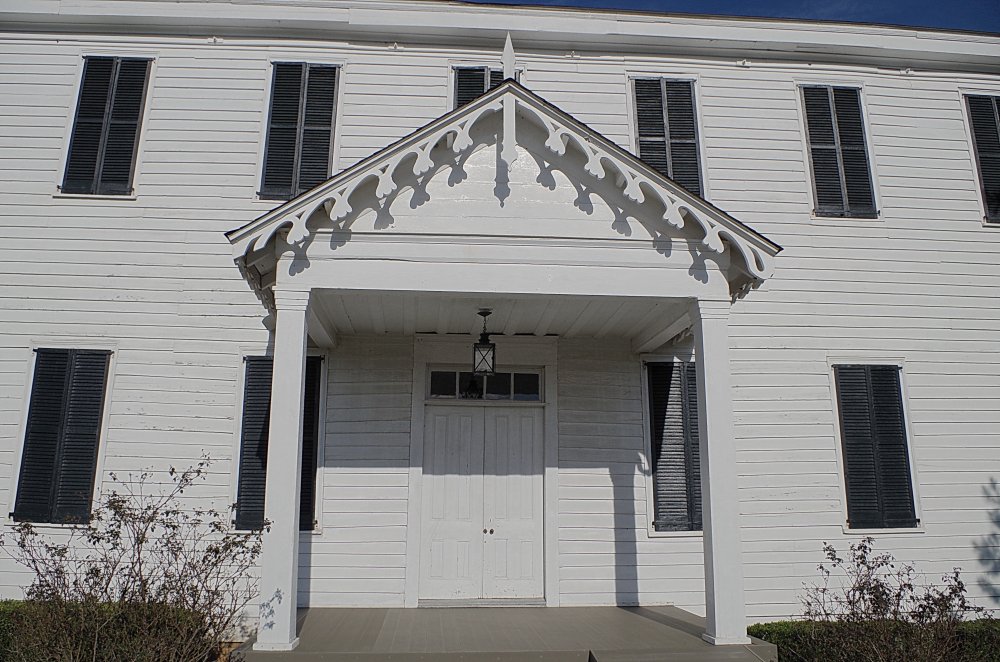 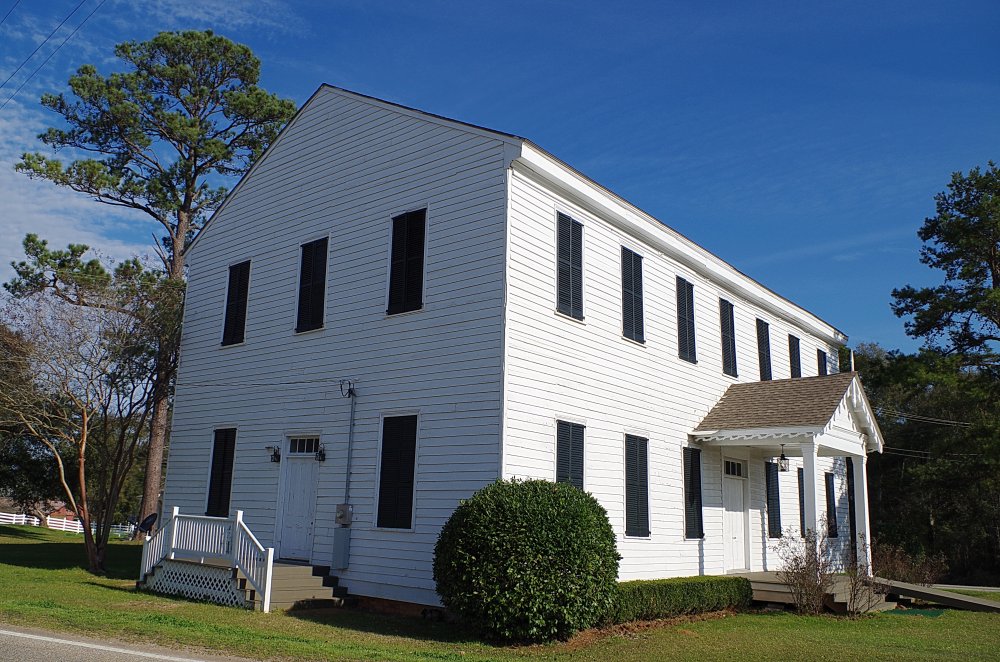 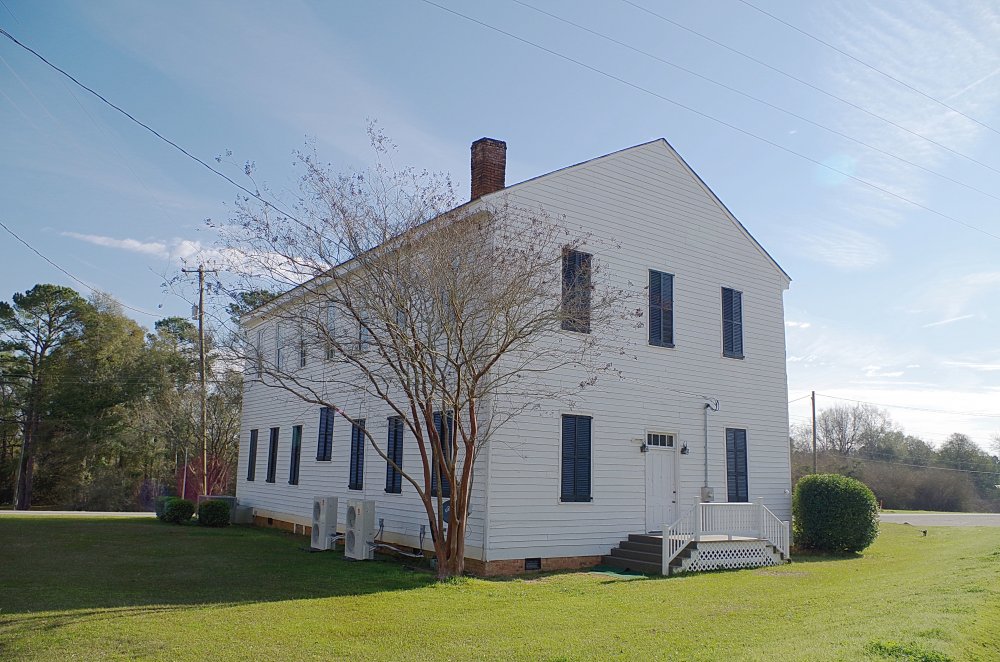 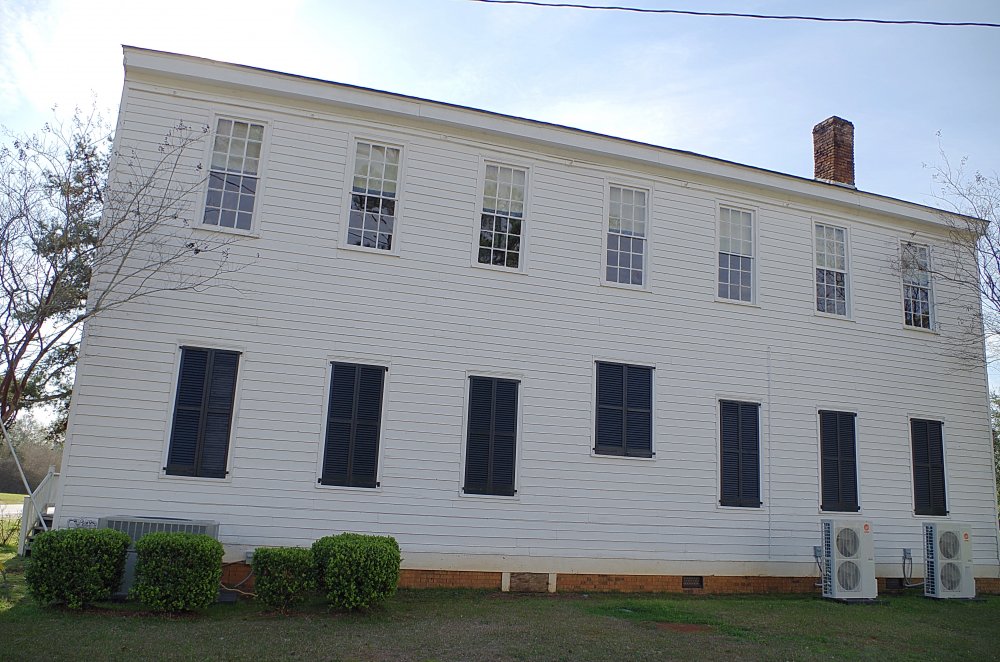 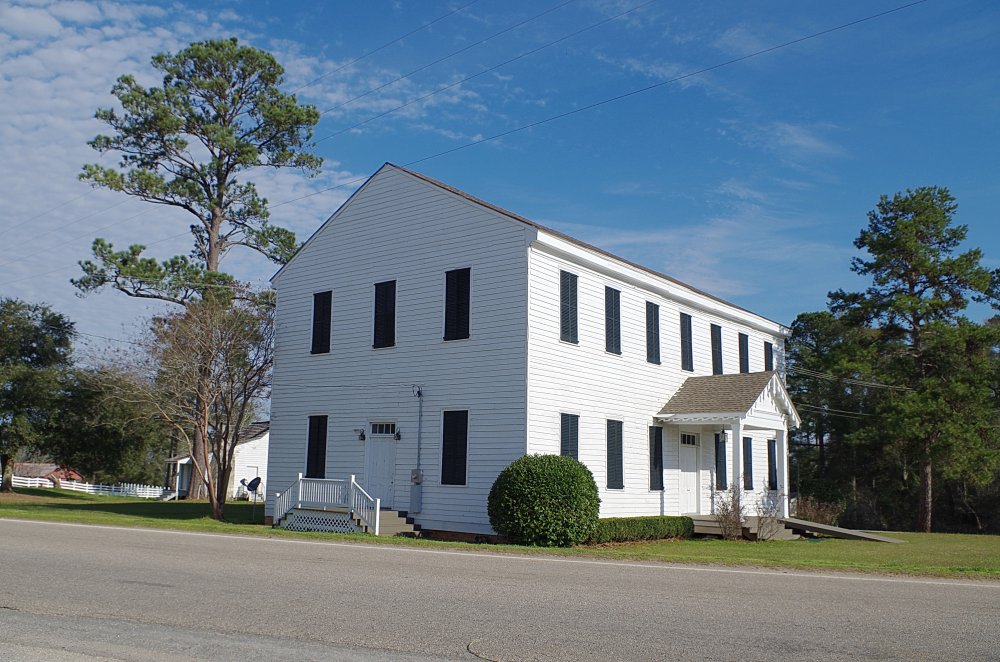 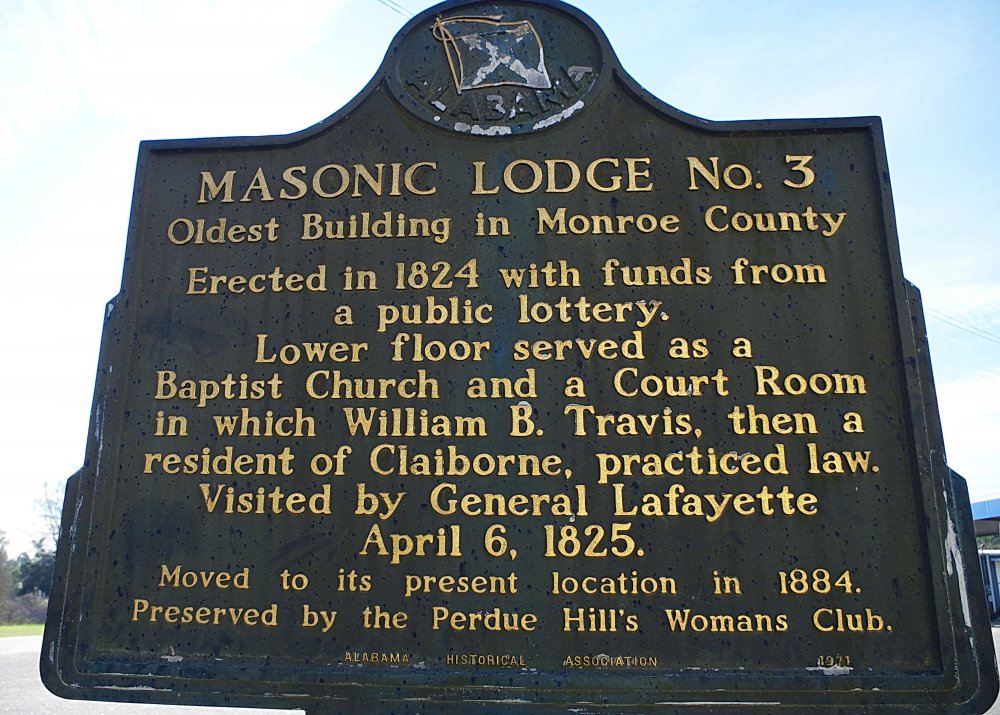