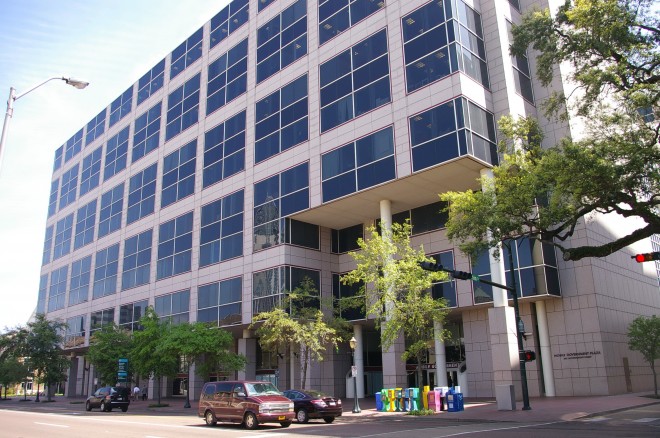 Mobile County is named for Mobile Bay on which it located and is named after the Maubila Native American tribe. 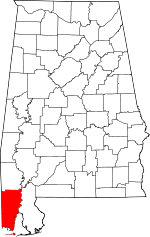 Description:  The building faces north and is a six story concrete and glass structure. The north front has large square glass panels. The entrance is located at the northwest corner and is recessed. On the south side, the building rises to two glass towers with extended roofs. The building has a large interior atrium. The building is named as the Mobil Government Plaza and houses the County Court, County Administration and City of Mobil offices and houses the County Circuit Court of the 13th Judicial Circuit and the Couty District Court.

Note:  The lowest point in Alabama is the Gulf of Mexico at sea level which is located in the county. 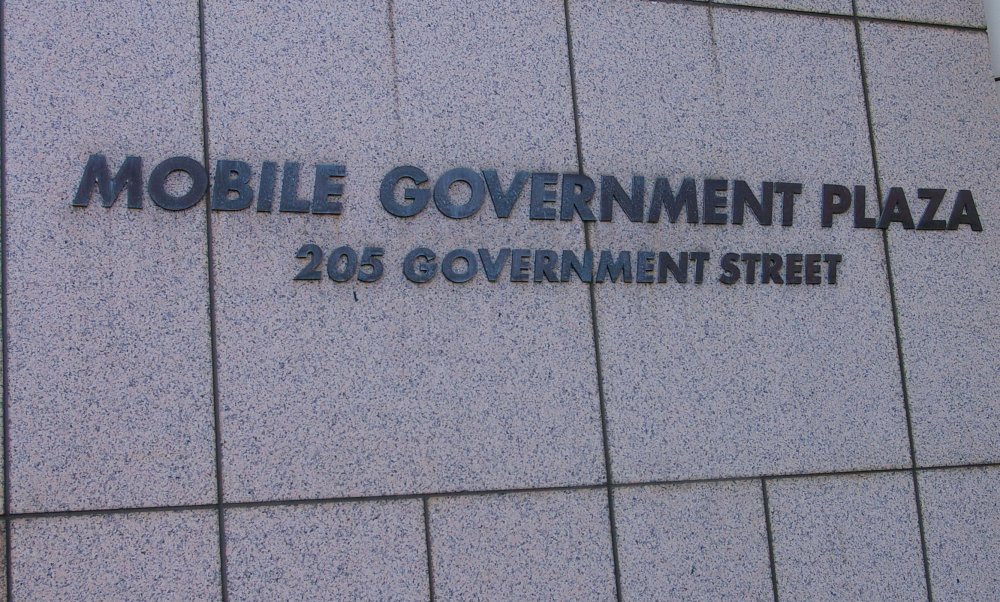 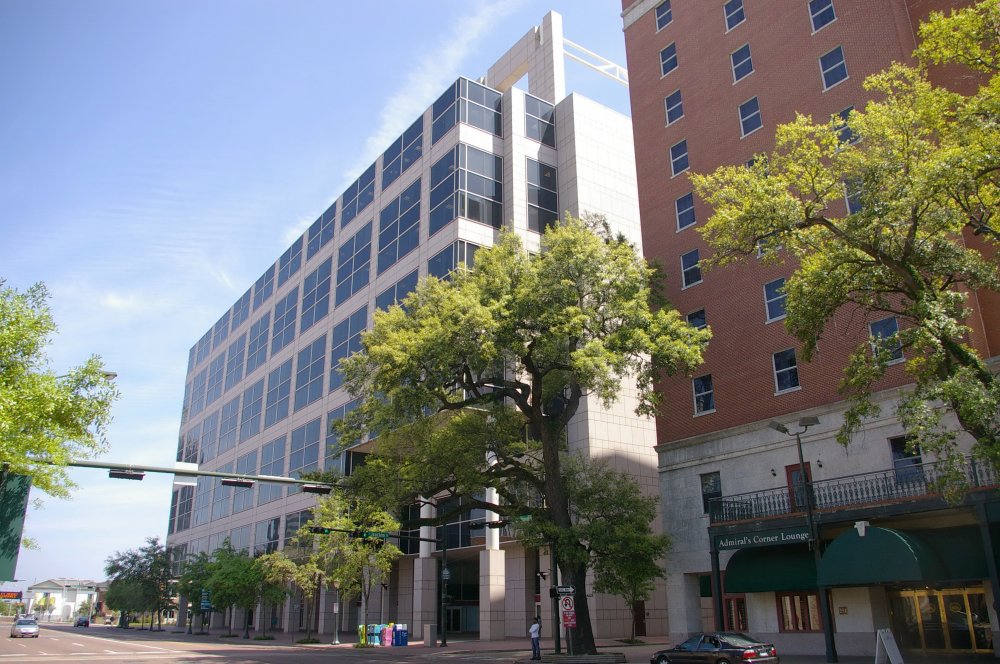 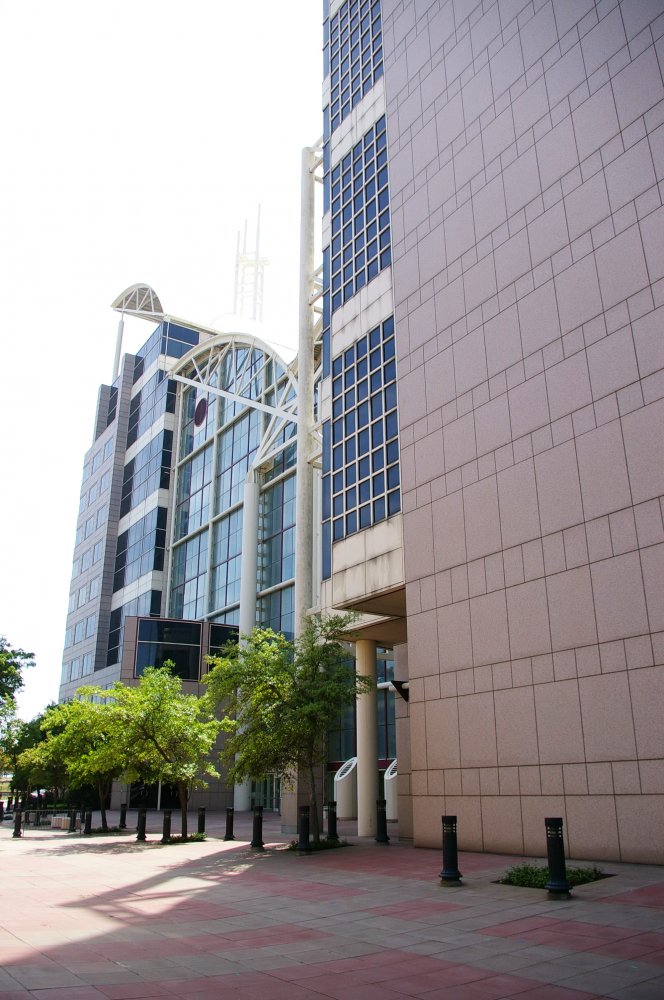 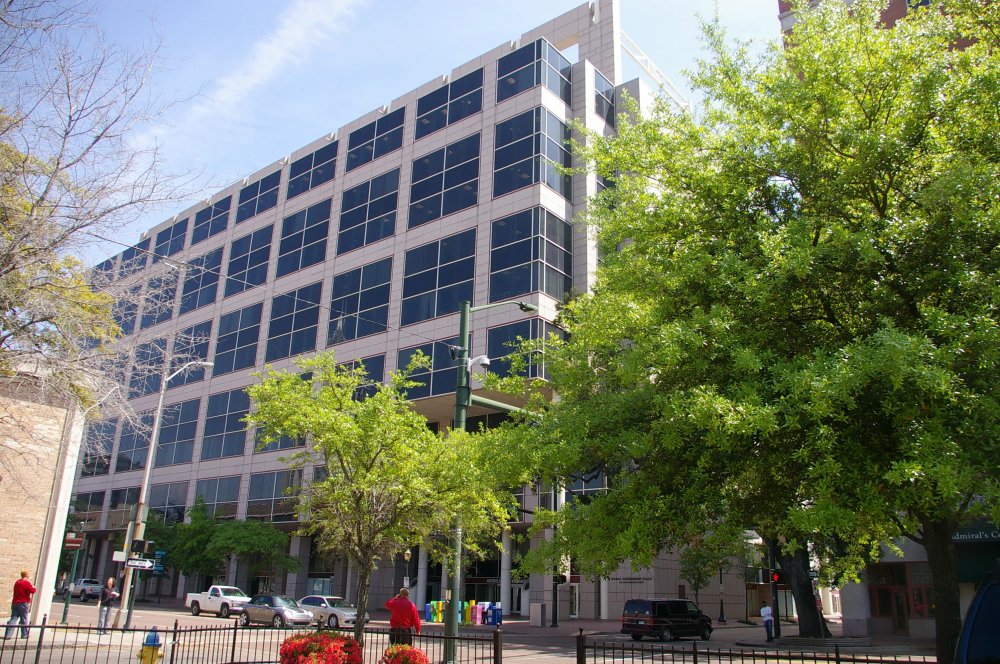 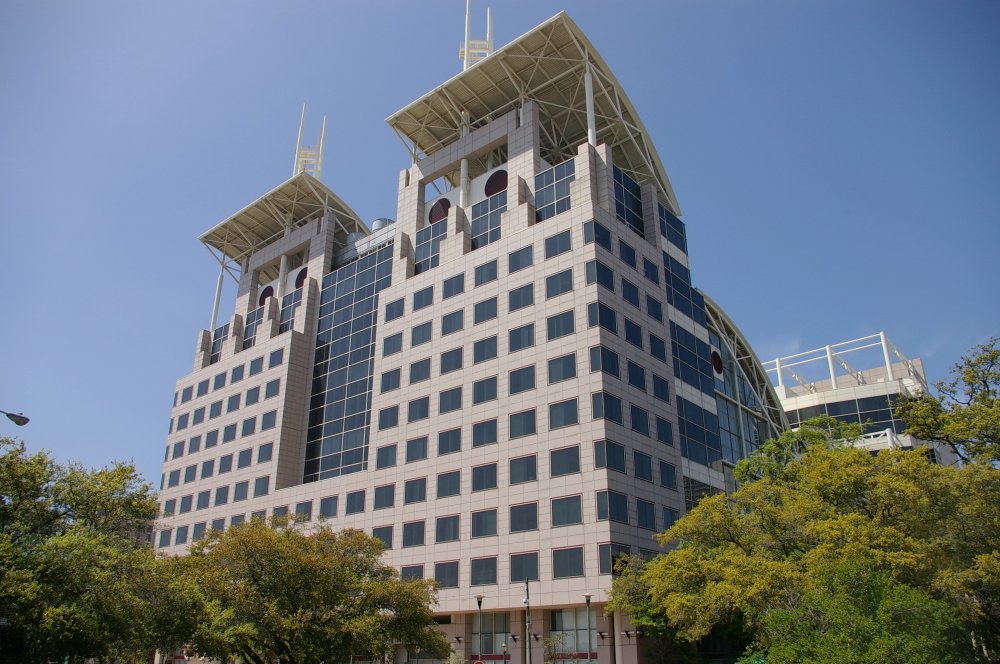 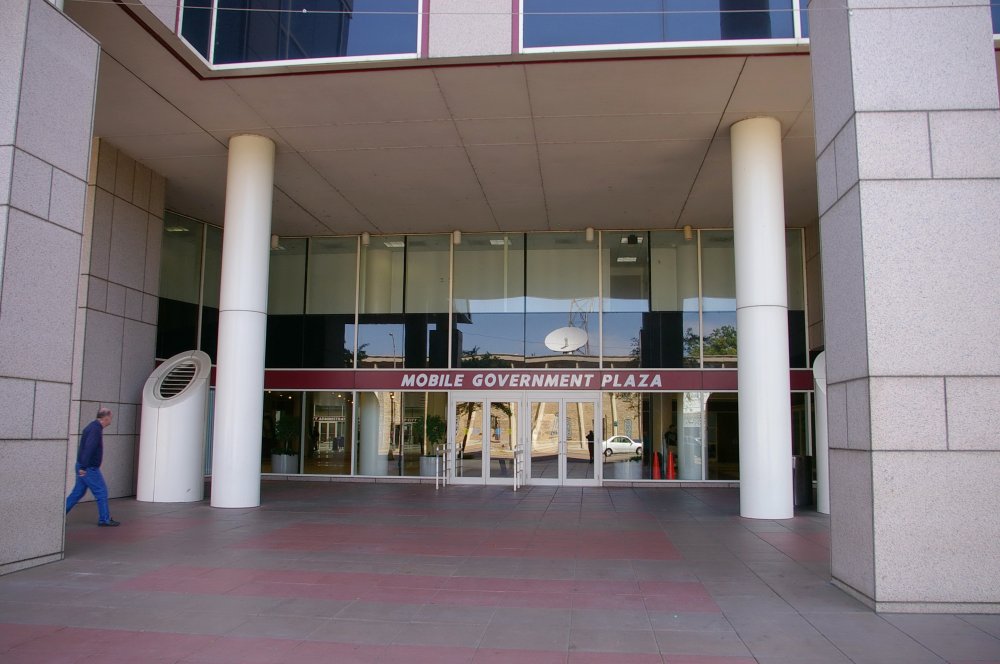 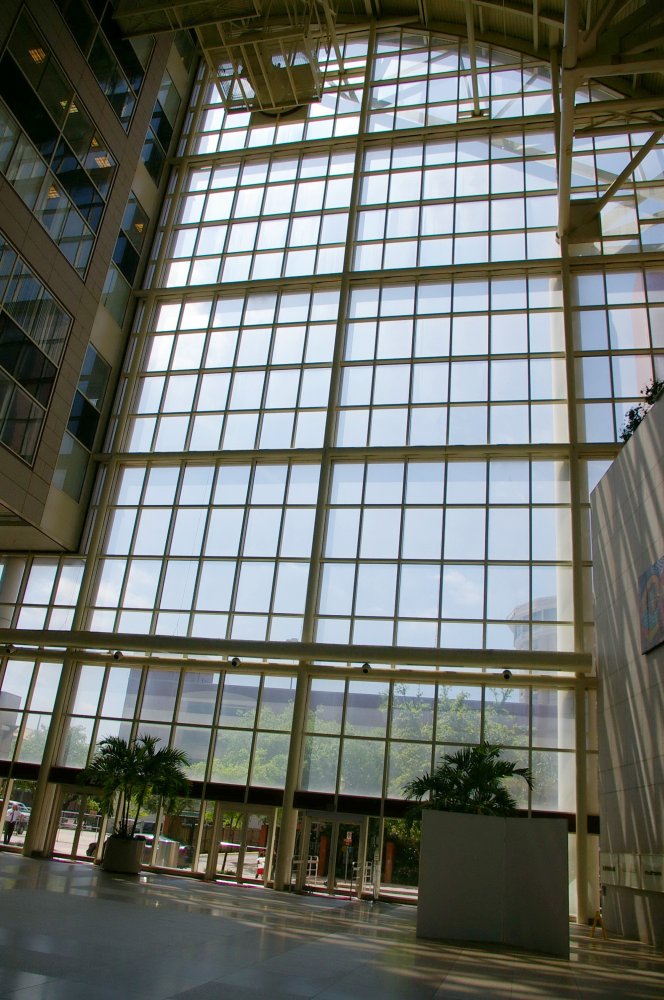 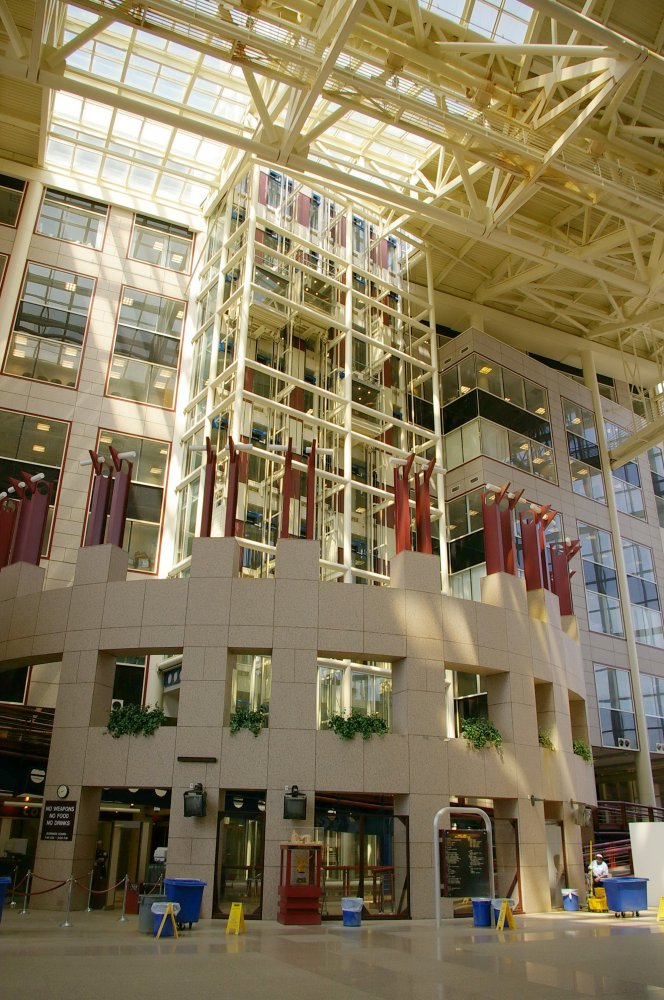 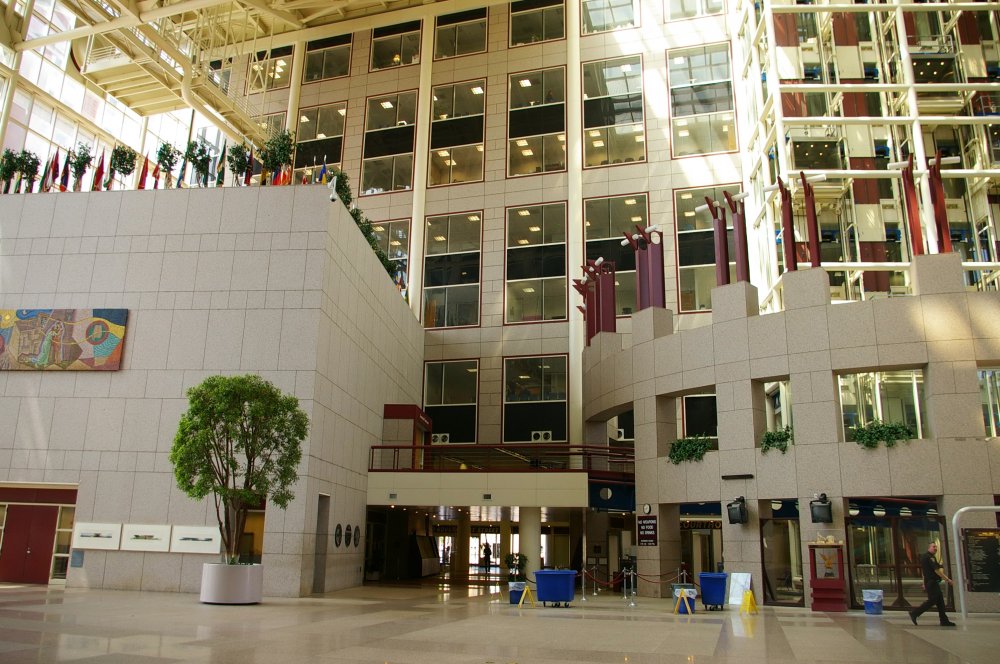 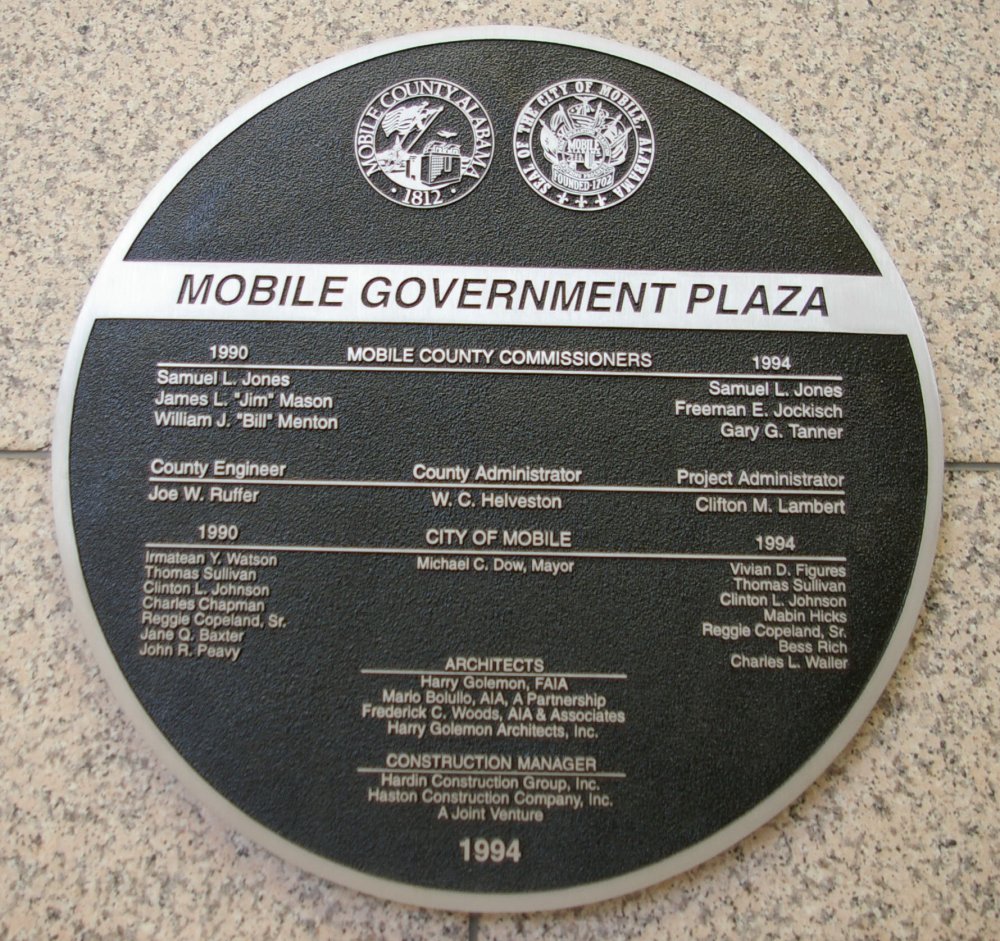