Lawrence County is named for James Lawrence, who was a naval officer during the War of 1812. 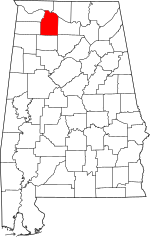 Description:  The building faces north and is a two story cream colored concrete structure. The building is located on landscaped grounds in the center of Moulton. The  center section projects from the main building and has four pillars rising to a wide header at the roof line. The north and south sides have the same central porches. The roof line is flat.  The building houses the County Circuit Court and the County District Court of the 36th Judicial District. Description:  The building faces west and is a three story white and red colored brick and concrete structure. The west front has a projecting center section with glass entrance on the south side. The roof line is flat. 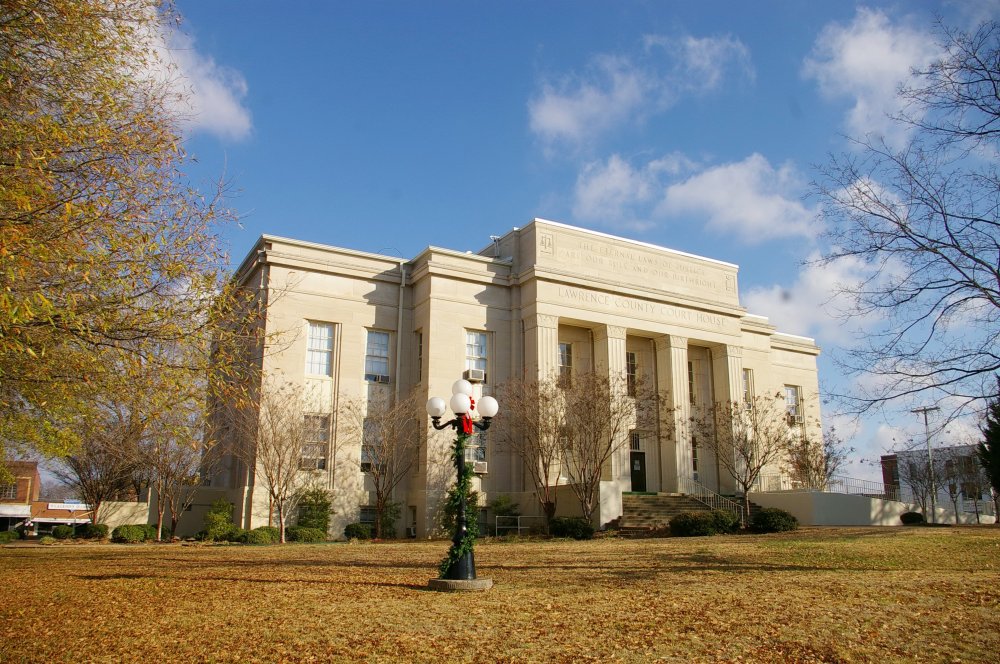 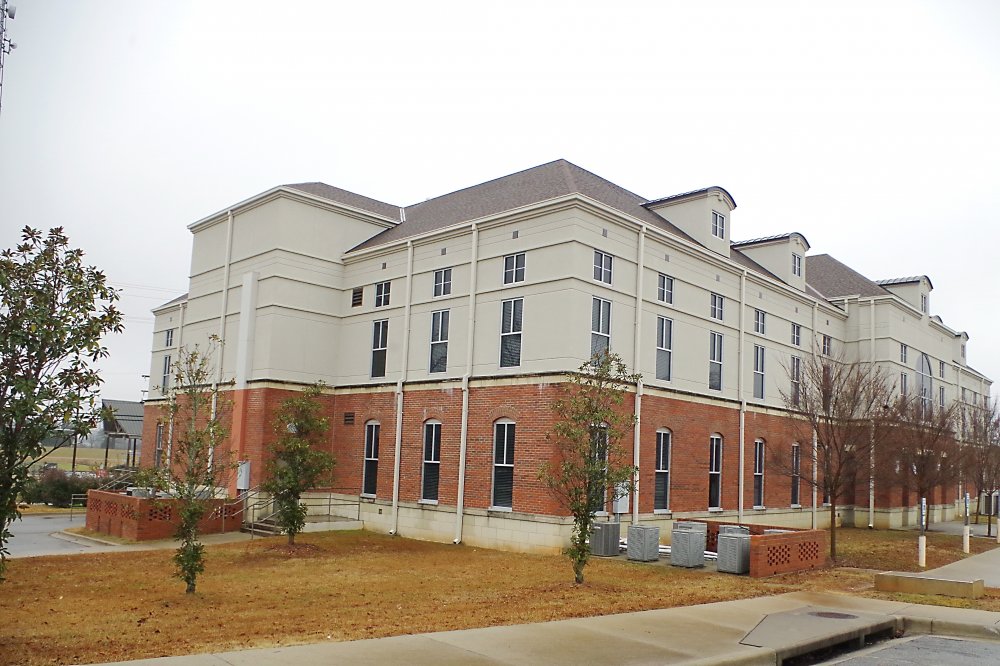