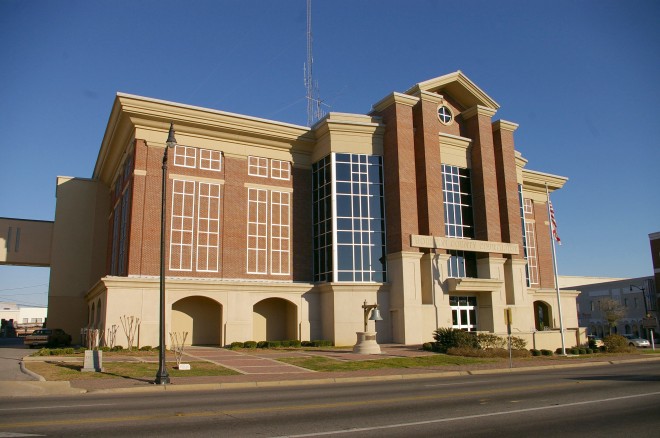 Houston County is named for George Smith Houston, who was a Governor of Alabama.

Description:  The building faces west and is a four story red colored brick, glass, stone  and concrete structure. The building is located on landscaped grounds in the center of Dothan. The west front has a central tower with canopy over the entrance on the first story, high glass wall to a header at the roof line, and forming a high peak at the top. On either side of the tower are brick pillars with glass panels on the outside portion. Along the first story is stone facing with wide arches There are no other windows along the front. The courtrooms are located on the third story. The building houses the County Circuit Court and the County District Court of the 20th Judicial District  The building was redesigned from 2001 to 2002. The architect was Charles Waid of Waid, Parrish and Associates of Dothan and the contractor was Clark Construction Company, Inc.

History:  The county was created in 1903 and Dothan was selected as the county seat. The first courthouse was a brick structure designed by Andrew J  Bryan and constructed by M T Lewman & Company in 1905. The second and present courthouse was constructed in 1960 to 1962. 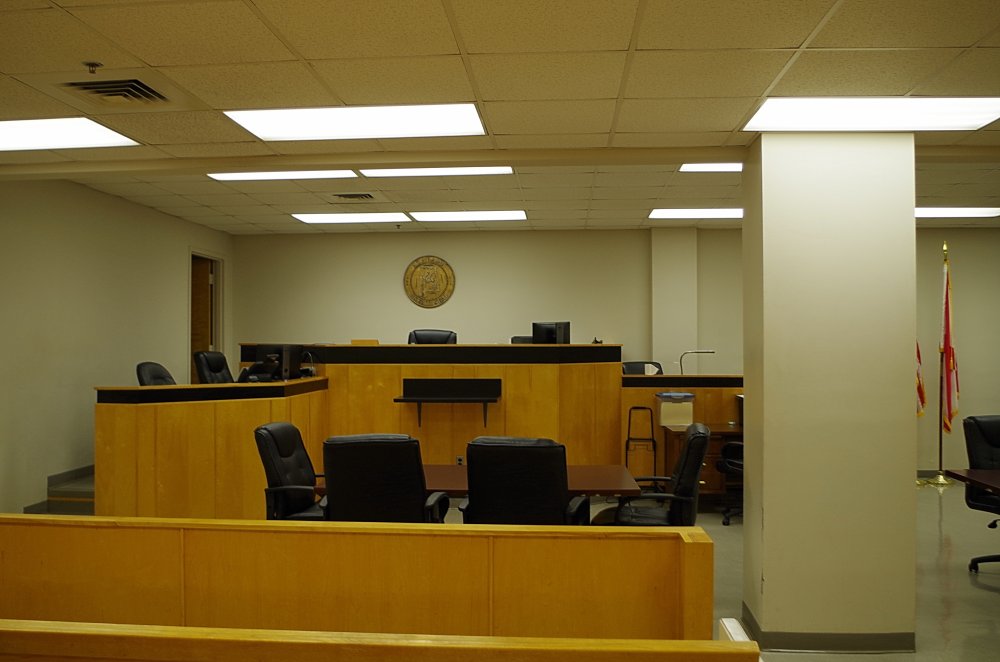 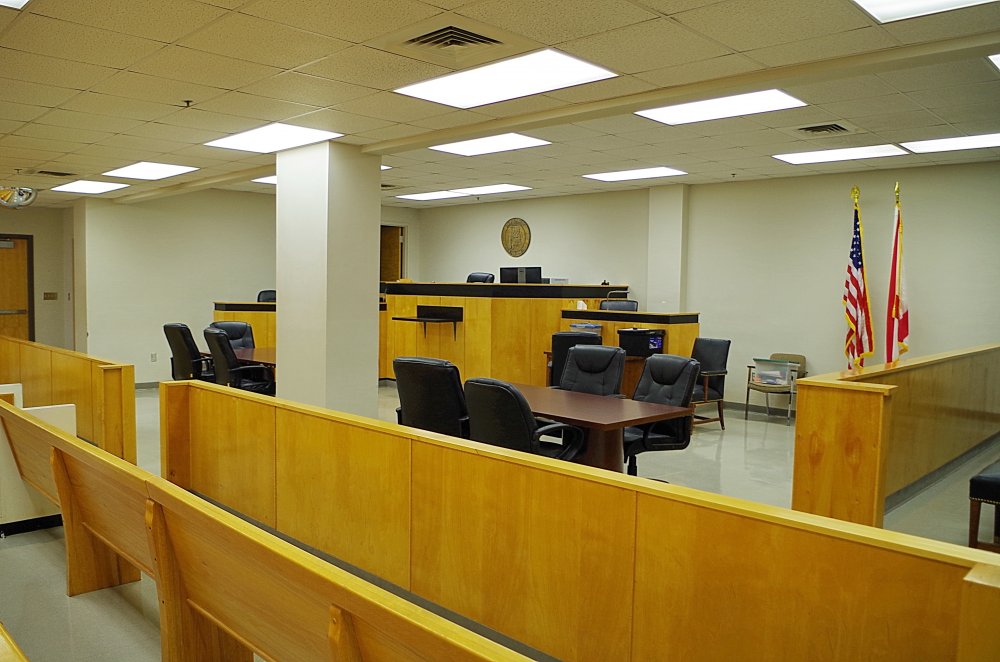 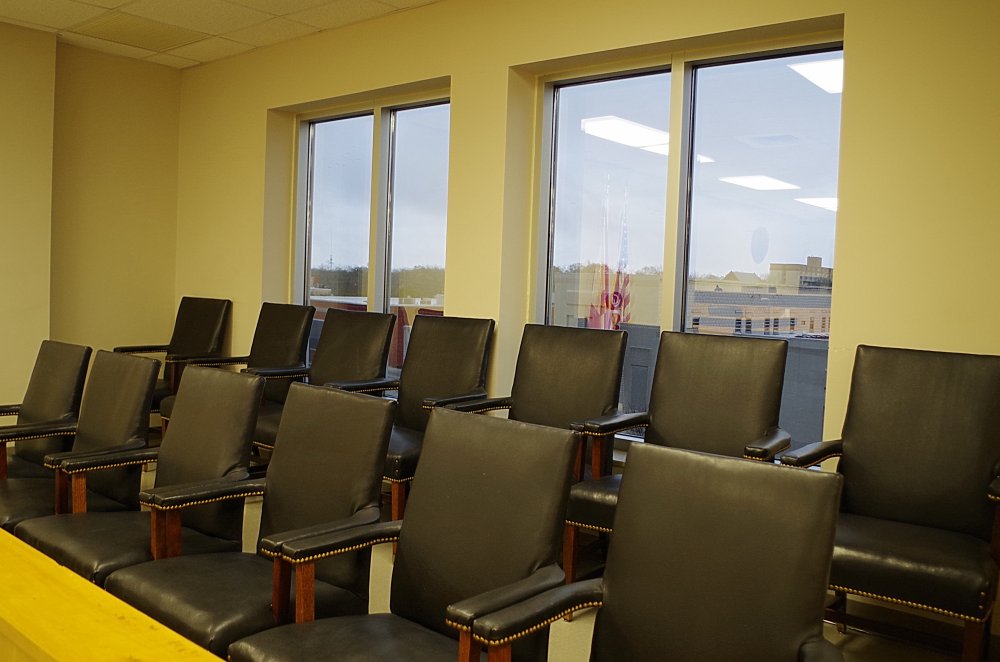 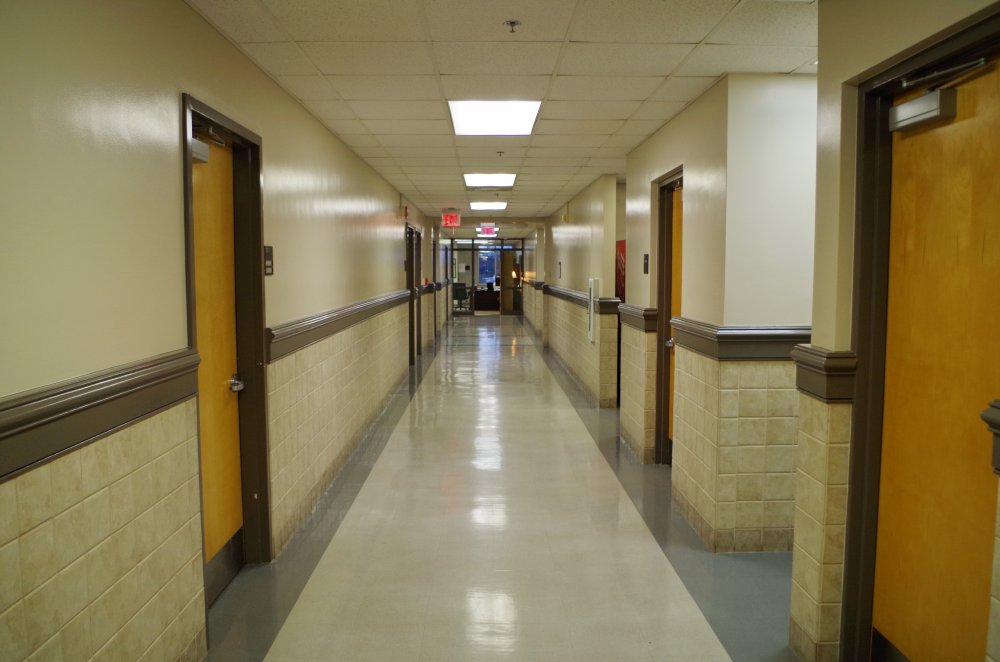 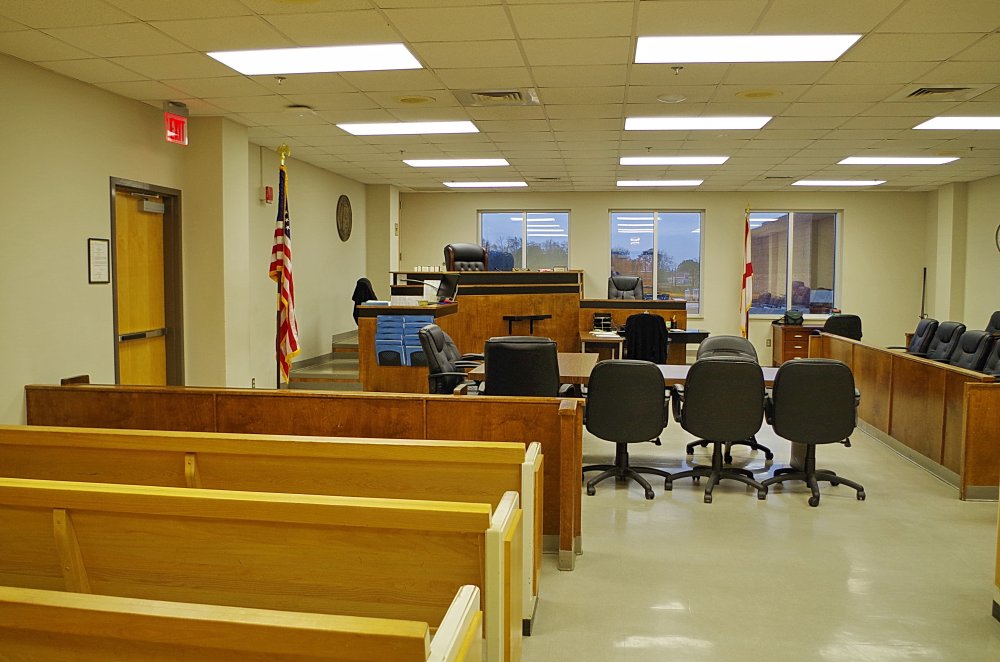 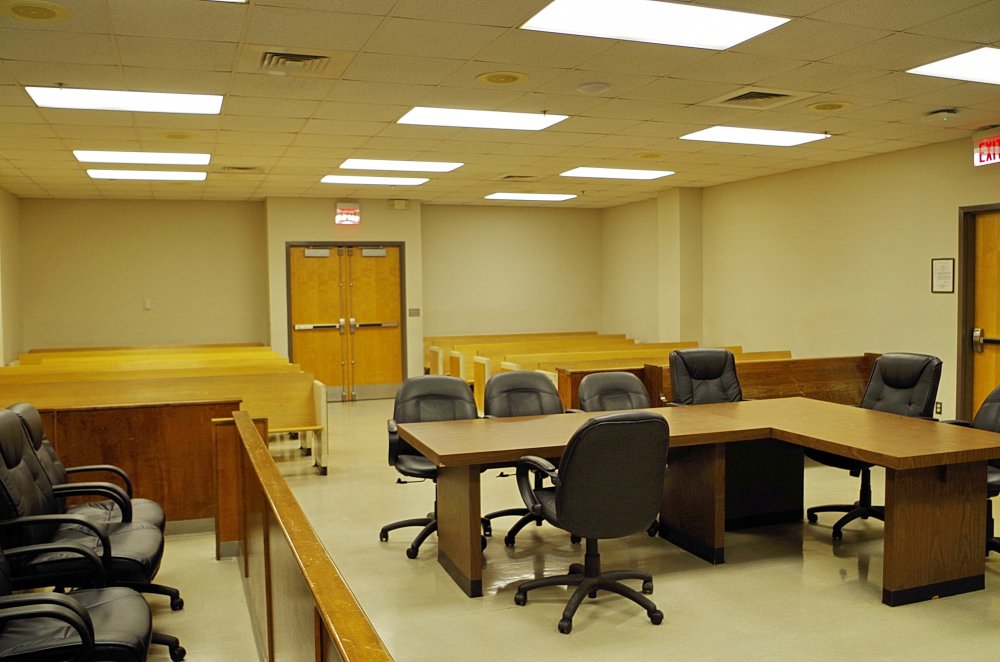