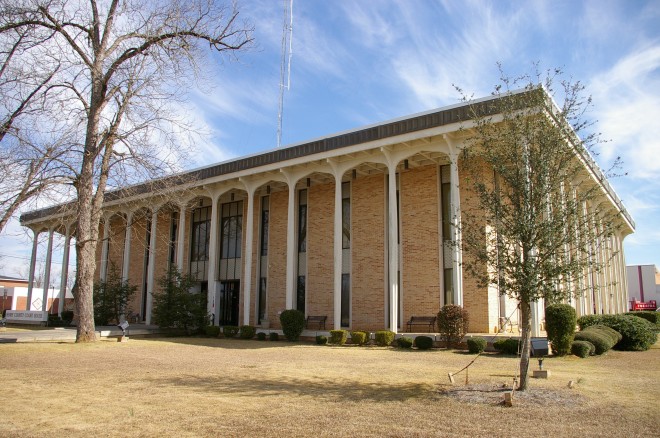 Henry County is named for Patrick Henry, who was a Governor of the State of Virginia and a famous orator. 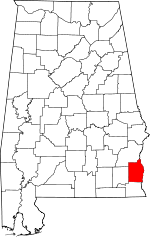 Description:  The building faces west and is a two story buff-red colored brick, glass and concrete structure. The building sits in the center of Court Square in the center of Abbeville. The roof overhangs the building and is supported by many thin pillars. Below the roof line runs a wide black colored band. Glass windows are above the entrance doors. The building has narrow vertical windows with panels between. The roof line is flat. In the interior, the courtroom is located on the second story. The building houses the County Circuit Court of the 20th Judicial Circuit and the County District Court and County Probate Court.

Note:  In 1889, a courthouse was erected in Columbia which served until 1903 when Columbia became part of Houston County. The old white colored wood jail still stands at South Main Street and East North Street. 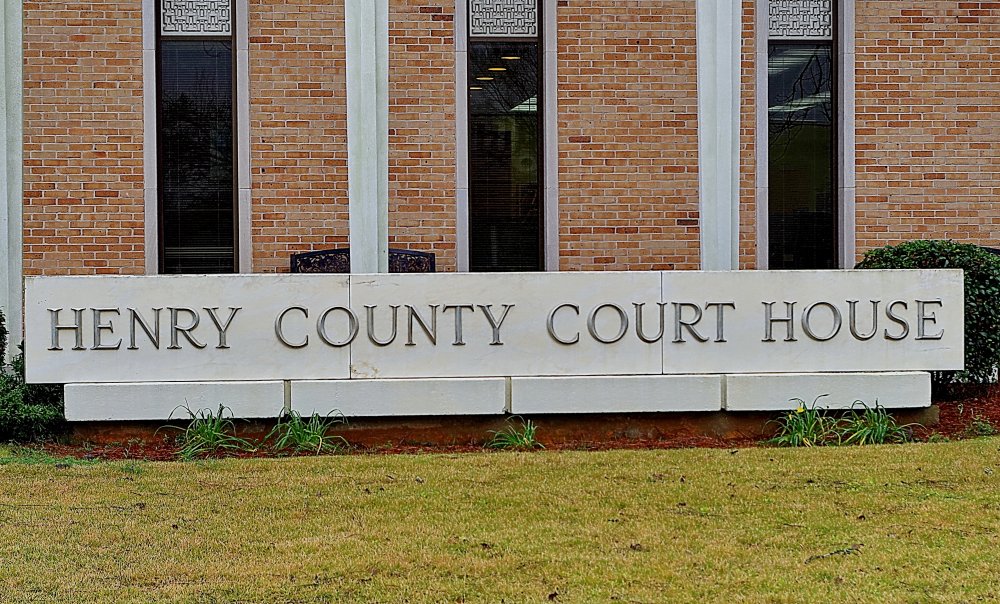 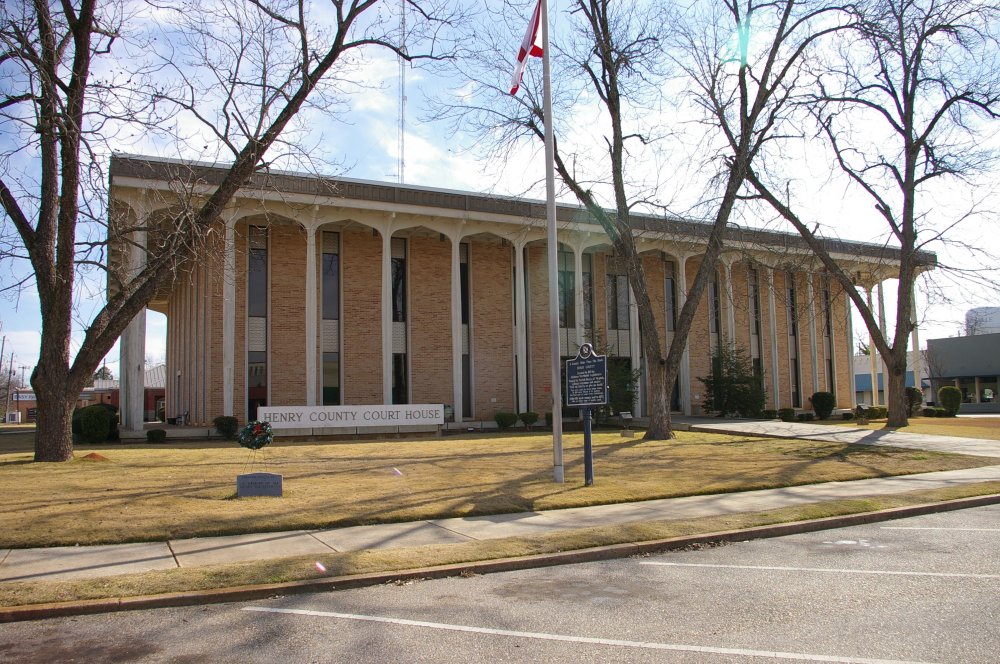 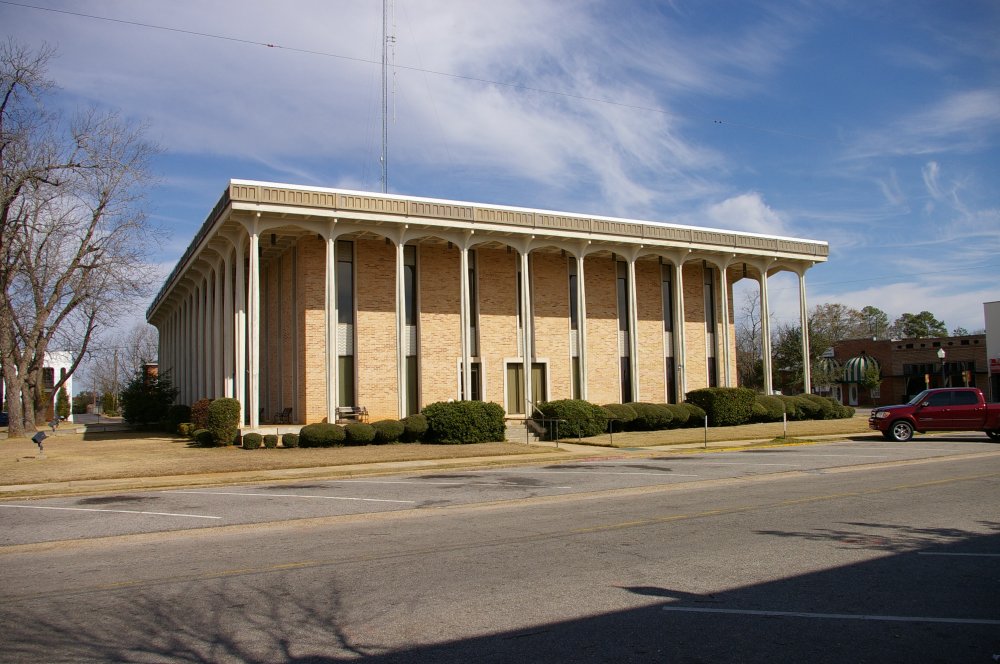 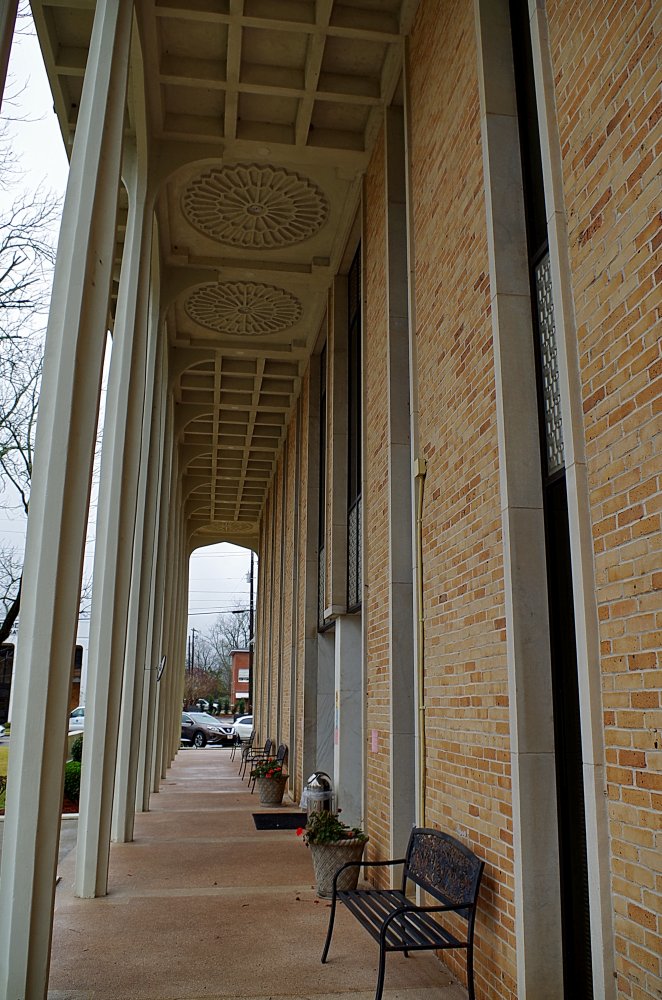 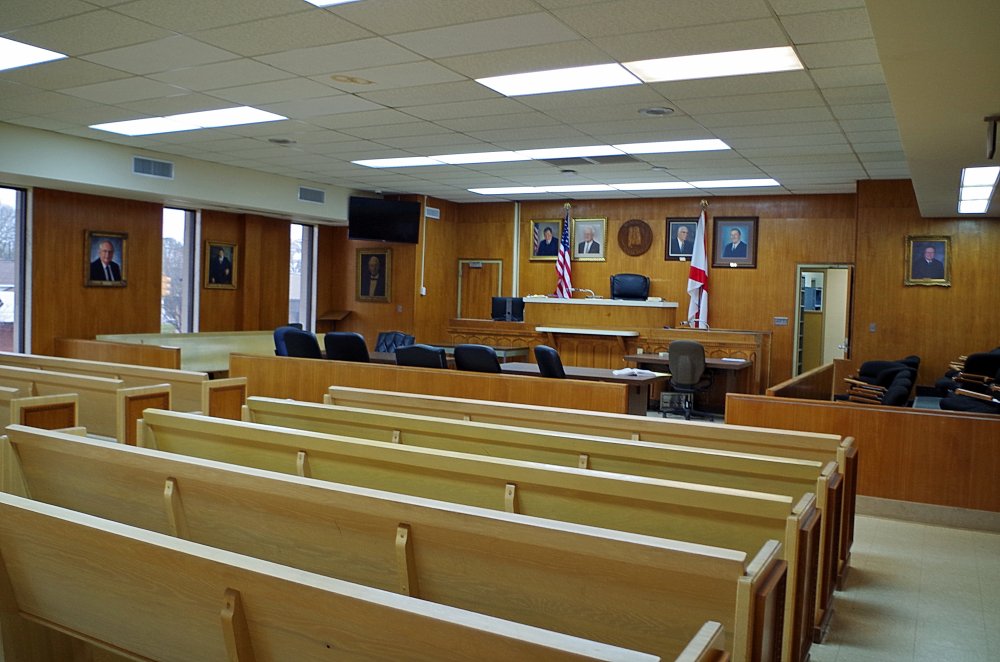 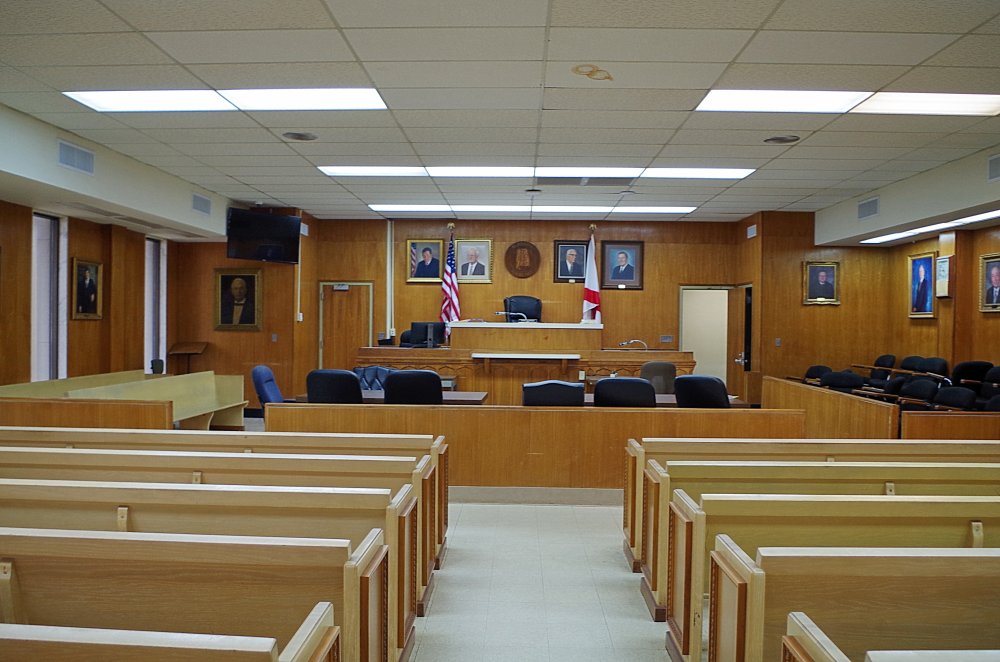 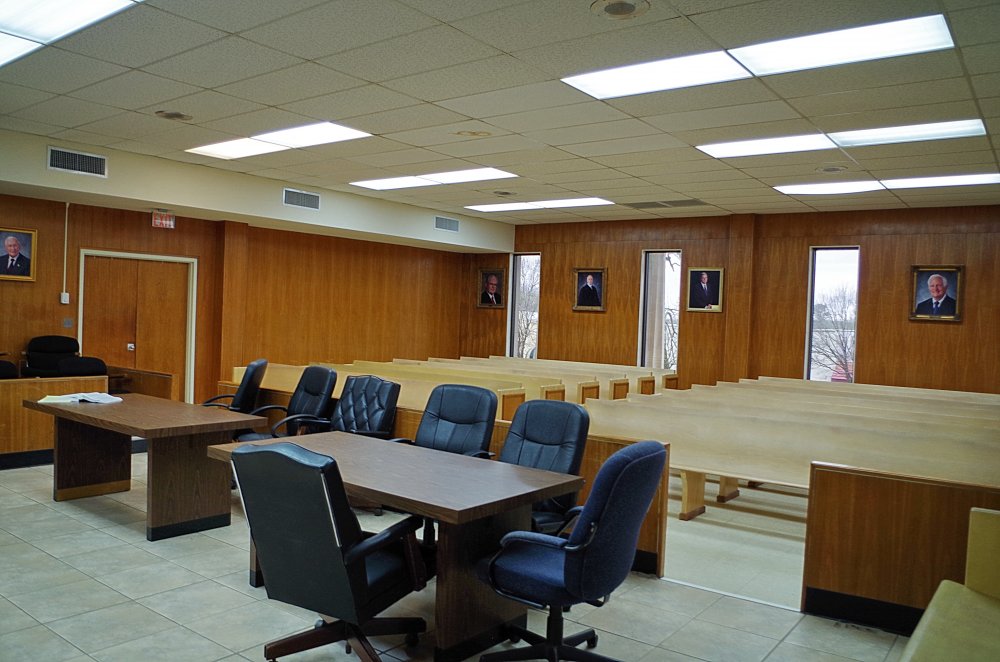 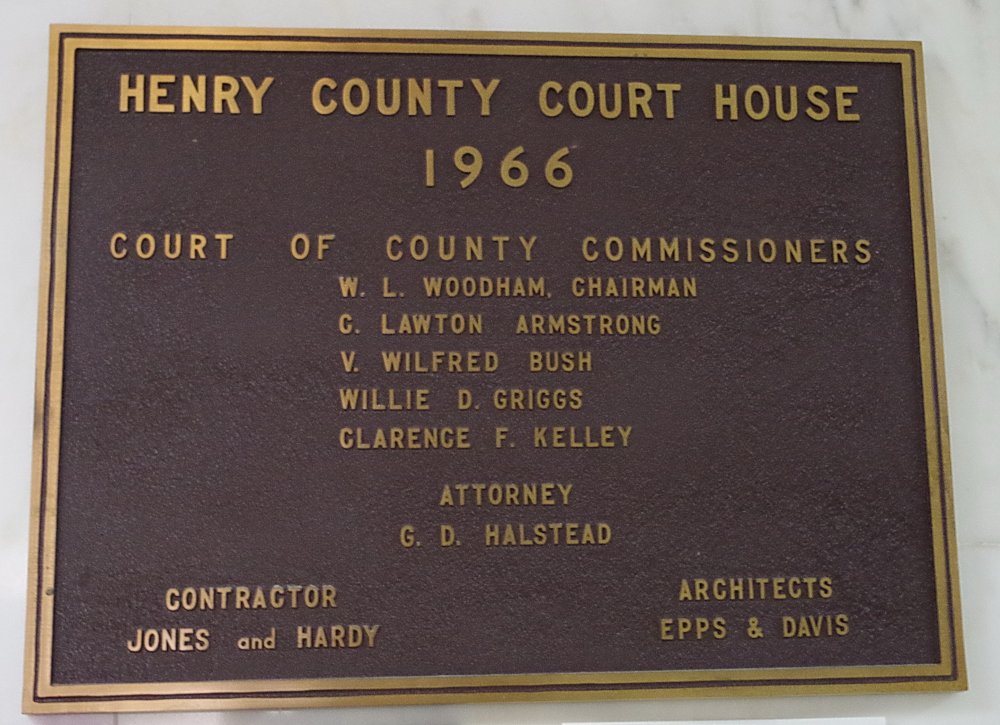 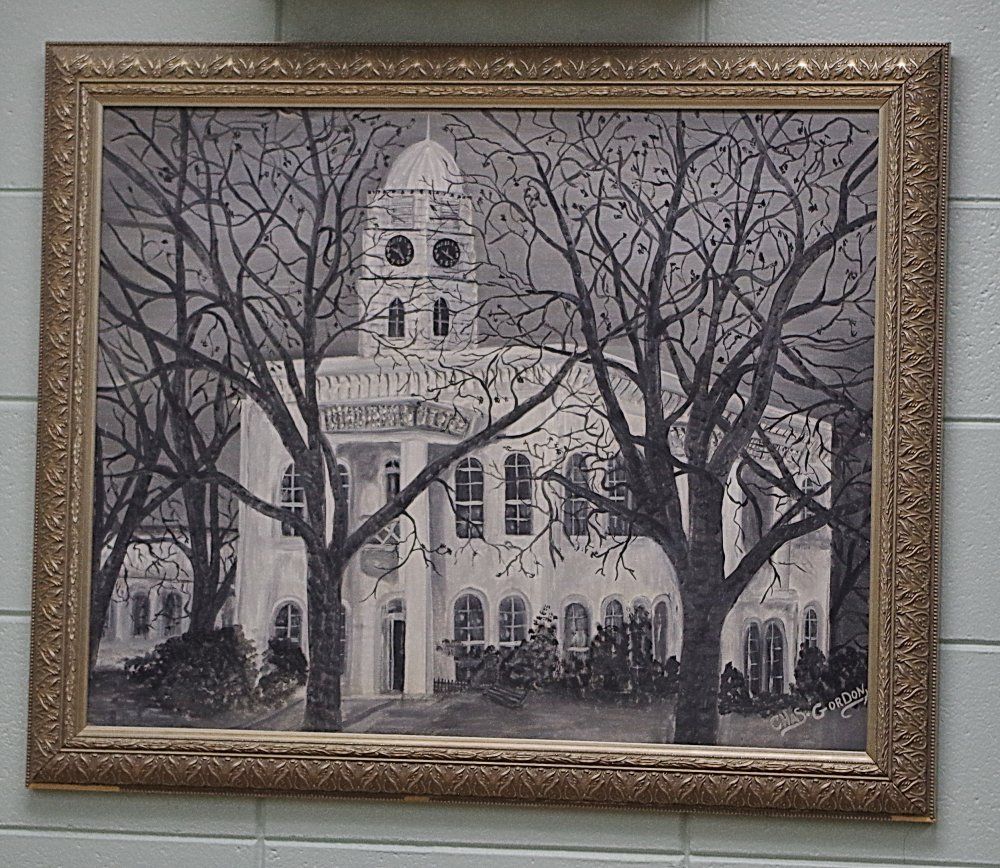 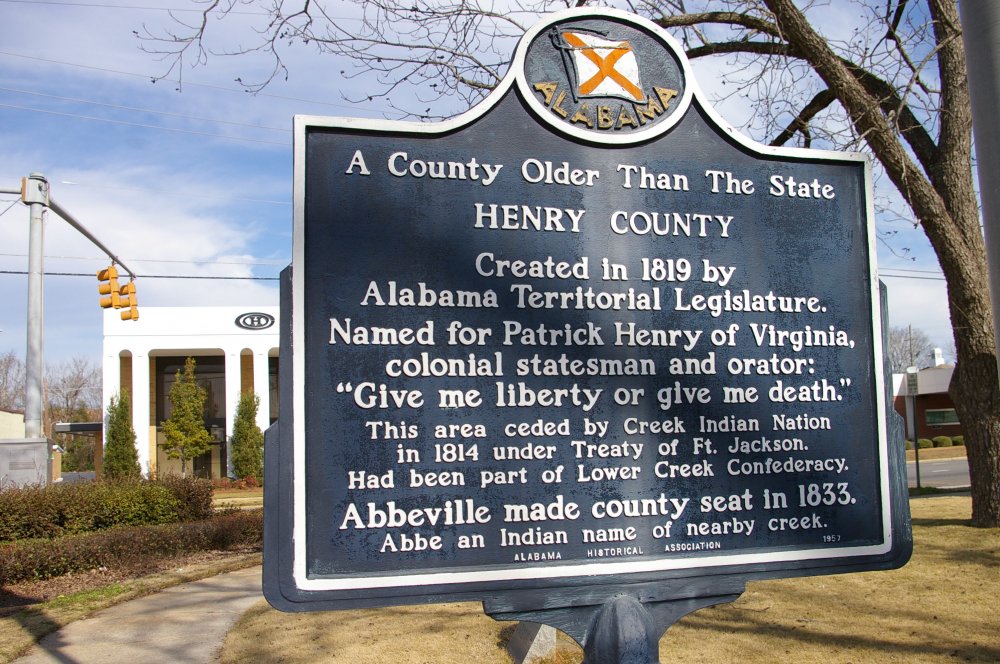 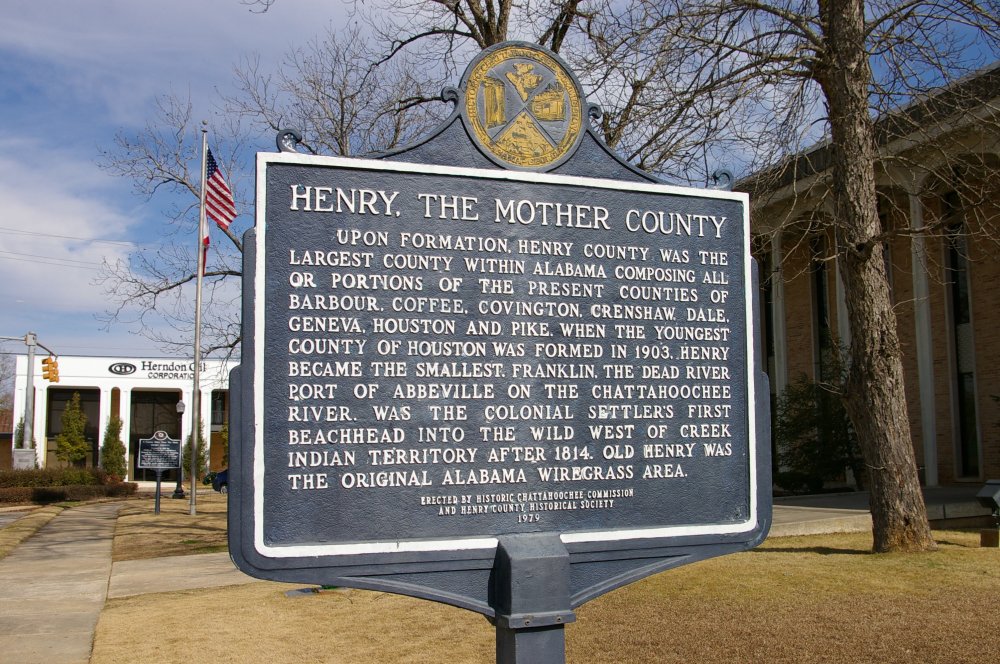