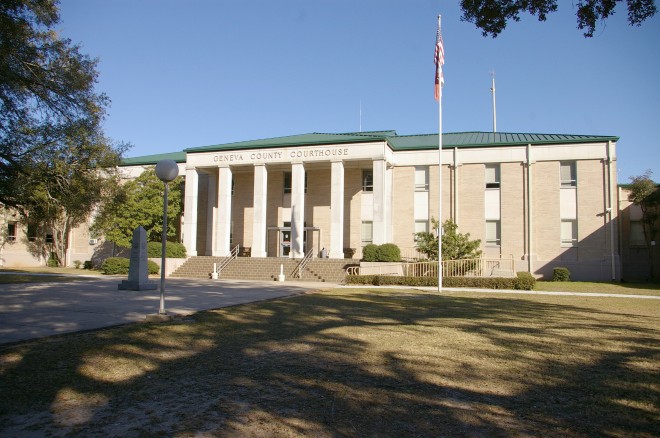 Geneva County is named for Geneva, New York by Henry Yonge who founded the City of Geneva after his hometown. 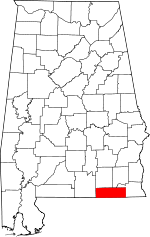 Description:  The building faces west and is a two story buff colored brick and concrete structure. The building is located on spacious landscaped grounds in the center of Geneva.The west front has a high portico supported by six square pillars rising to a header at the roof line. The windows are vertical with panels between the windows. The roof is green colored tile. There are lower wings on the north and south sides. The building houses the County Circuit Court and the County District Court of the 33rd Judicial District 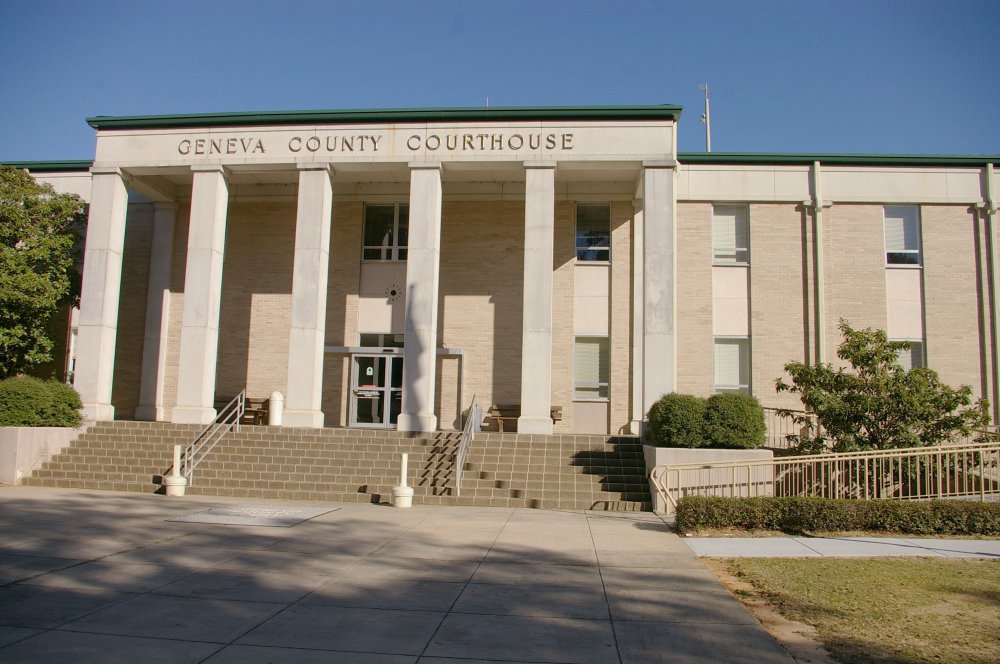 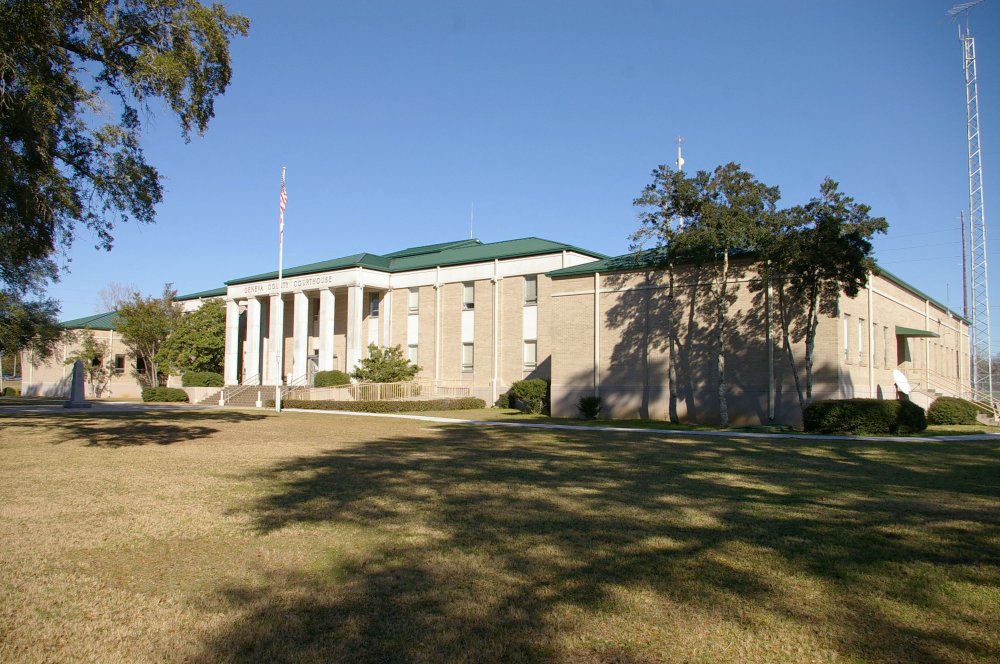 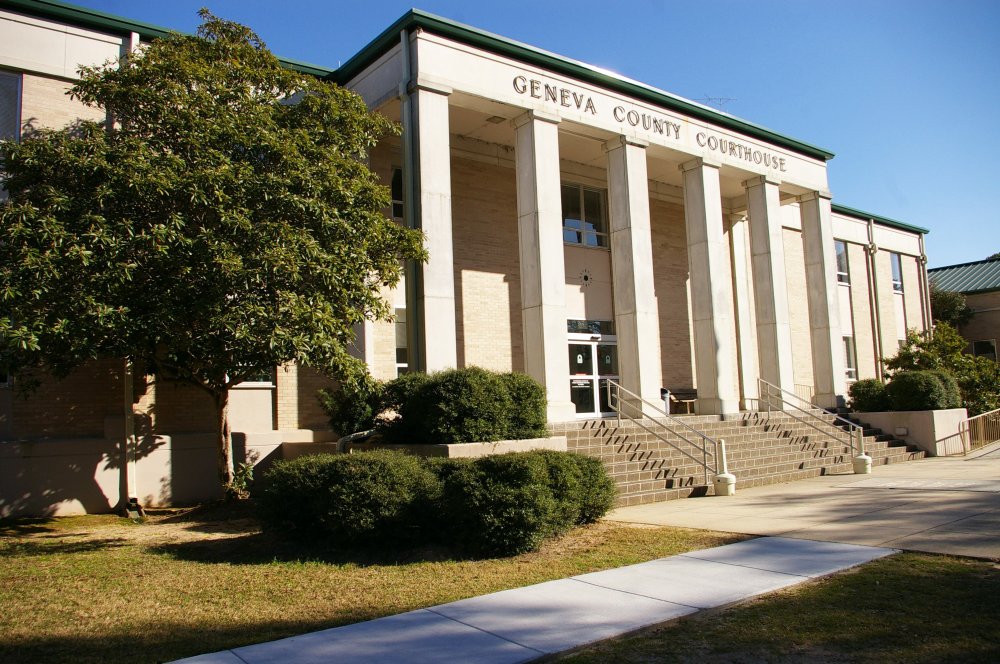 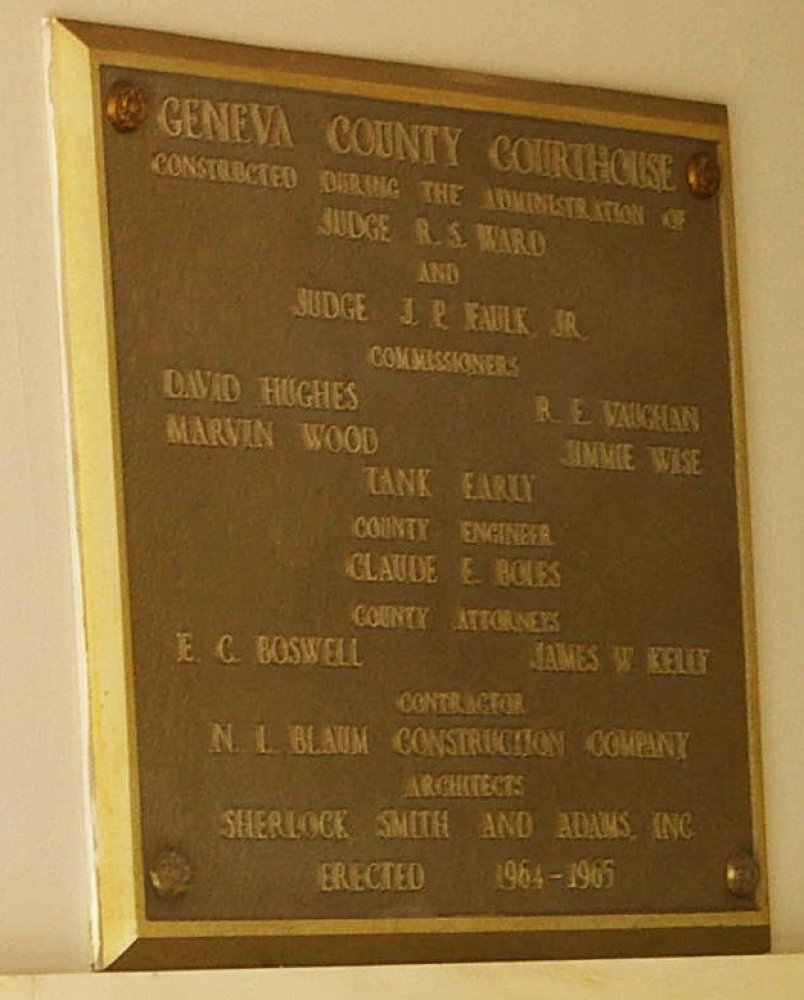