DeKalb County is named for Johann de Kalb, who was a major general in the American Revolutionary War. 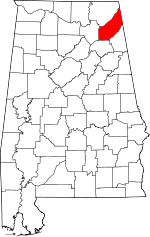 Description:  The building faces southeast and is a five story brown colored brick and concrete structure.  The building is located on sloped landscaped grounds in the center of Fort Payne. The southwest front has five openings on the first story and six columns rising from the second story to the top of the fourth story with a wide header running below the fifth story. The eaves at the roof line project from the building. There is stone trim on the building corners. Dark red colored brick addition extend down the hill on the south and north sides. In the interior, the courtroom is located on the third story and the Probate Court courtroom is located on the first story. The building houses the County Circuit Court, County District Court and County Probate Court of the 9th Judicial District. In 1974, the fifth story was added. The architect was Dickenson & Davis. The building was renovated in 1999 to 2000. The architect was Alan L Williamson Architect & Associates and the contractor was T U Parks Construction Company. The building was further renovated in 2003.

Note:  The architect, Sherlock, Smith & Adams, Inc. of Montgomery, designed couthouses in Geneva County, Marengo County and Monroe County. The excavation work was done by Cassidy & Stowe and the total cost raised by a bond was $370,000.

Description:  The building  faces east and is a two story red colored brick and wood  structure. The building is located on landscaped grounds in the center of Lebanon. The building was built as a Land Office and Courthouse, and remained the Courthouse of DeKalb County until l876 when the stage coaches serving Lebanon gave way to progress. The county seat moved to Fort Payne in l876 where railway service was available.

History:  The county was created in 1836 and Lebanon was selected as the county seat. The first courthouse was built in Lebanon in 1841 as a Land Office and Courthouse. The county seat was moved to Fort Payne in 1876. The second courthouse was built by A B Green in Fort Payne and was donated to the county. The masonry work was done by John Napoleon Bonaparte Faulker, assisted by an experienced bricklayer named Dilly Towers. When the building was demolished, some of the bricks were used to construct the Oddfellows Hall in 1891. The third courthouse was designed by Walter Chamberlain and constructed by Pearce & Morgan in 1891. The fourth and present courthouse was constructed in 1949 to 1950. Cassidy & Stowe did the excavation for the present courthouse and the cost of construction was $370,000. 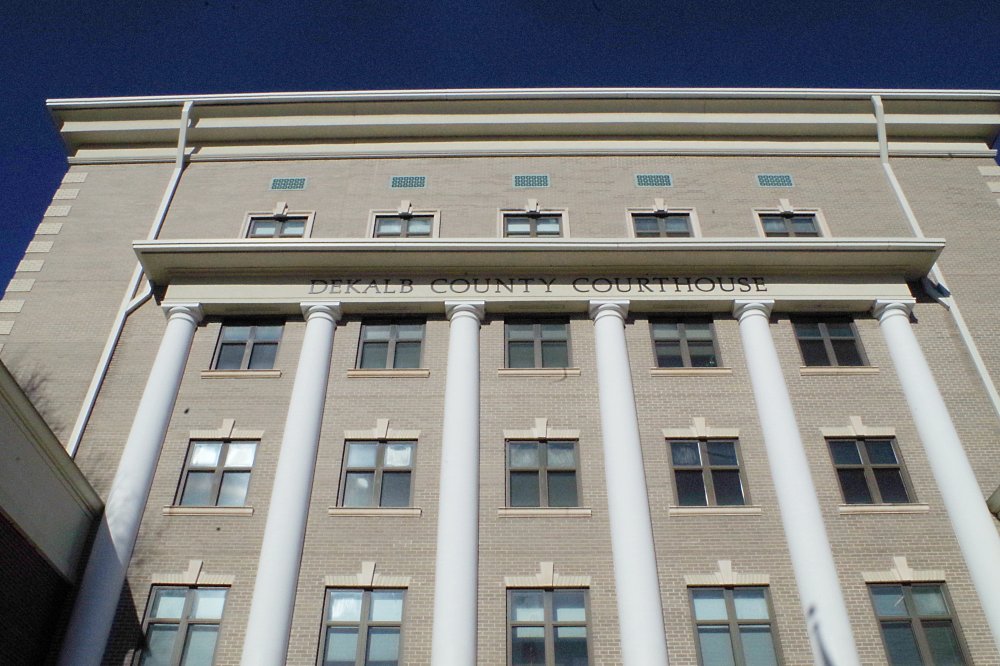 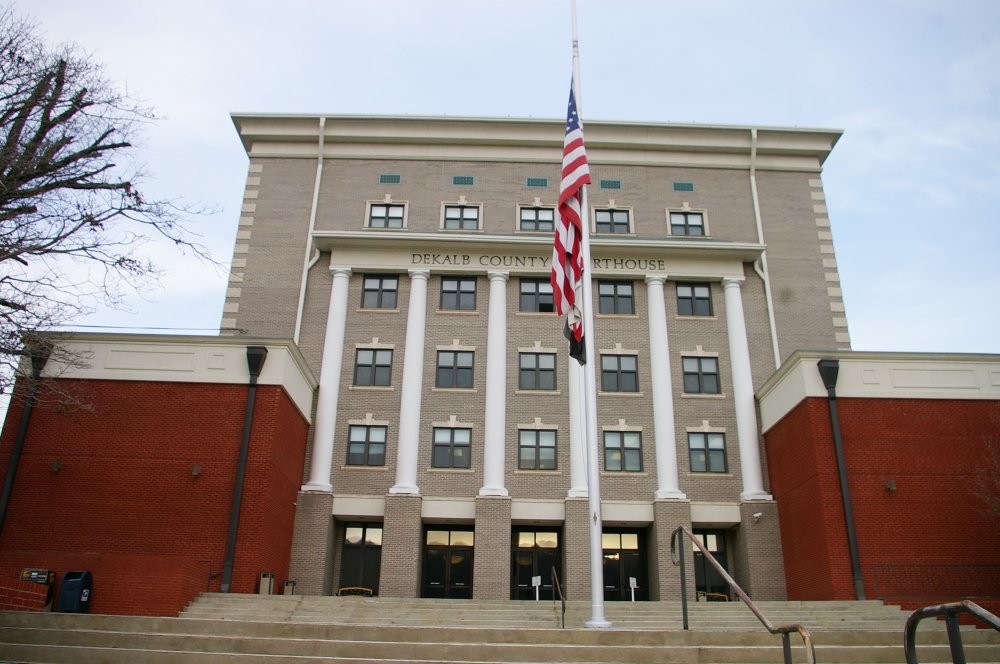 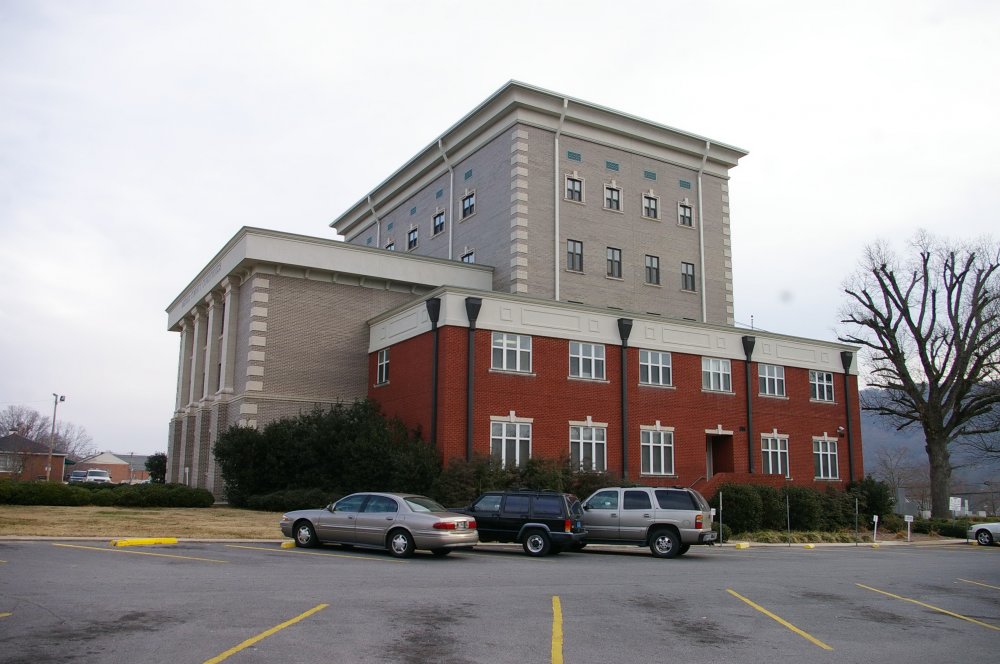 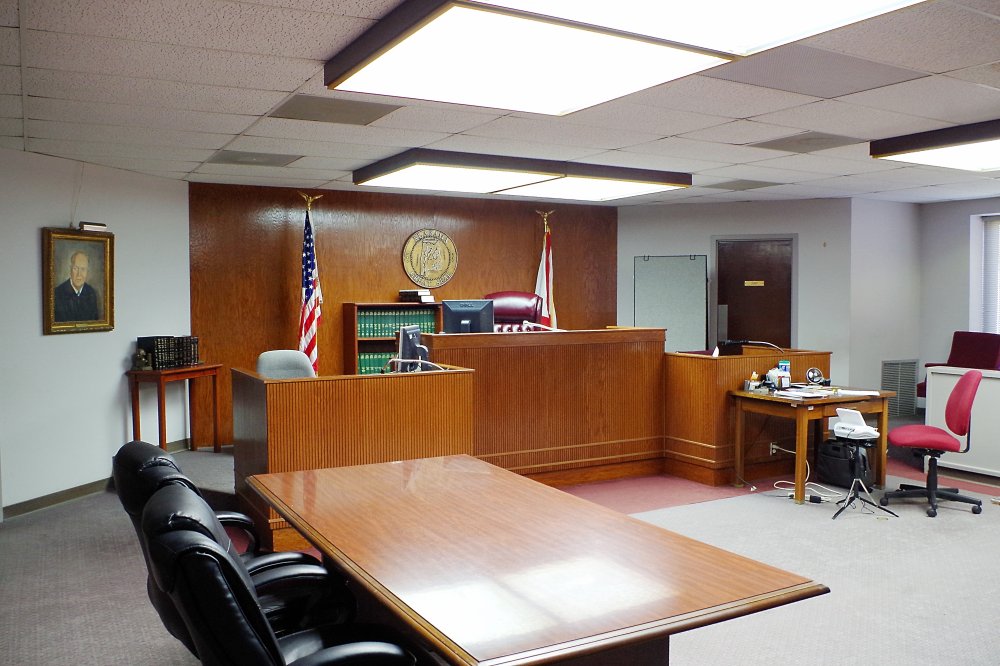 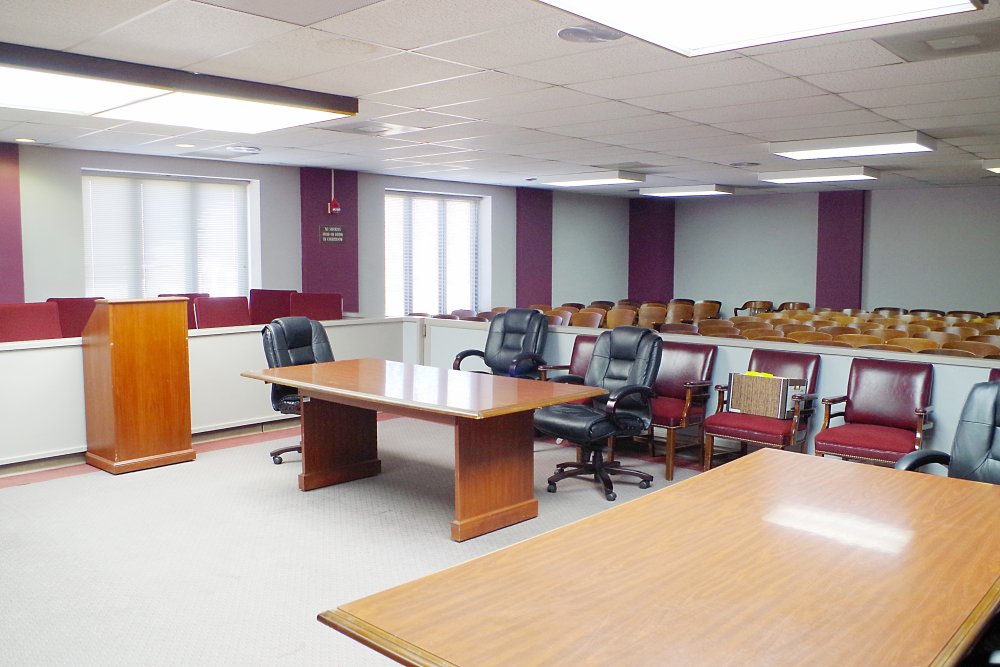 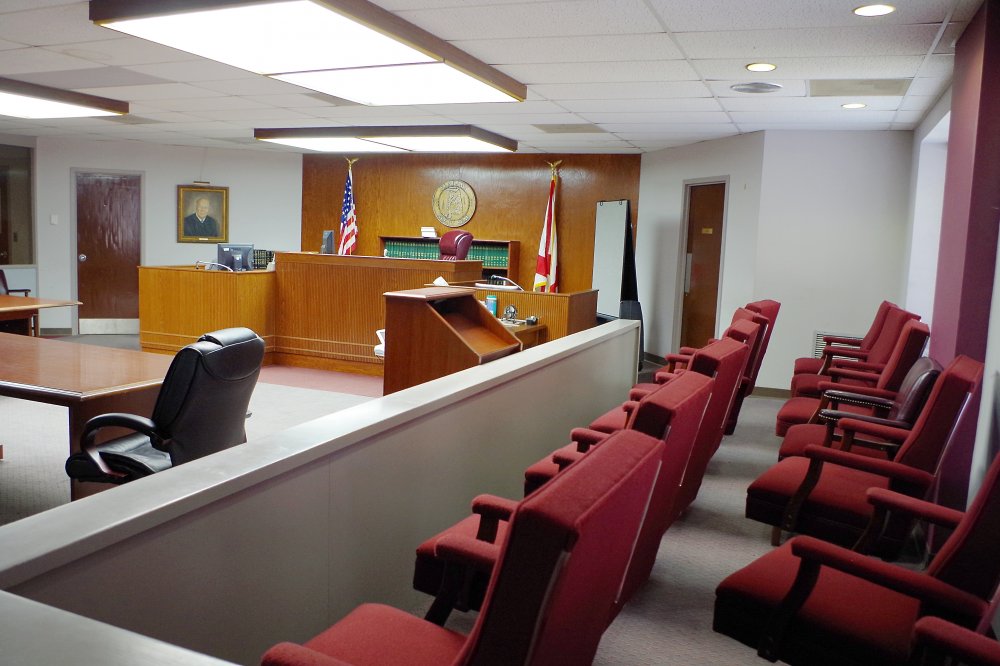 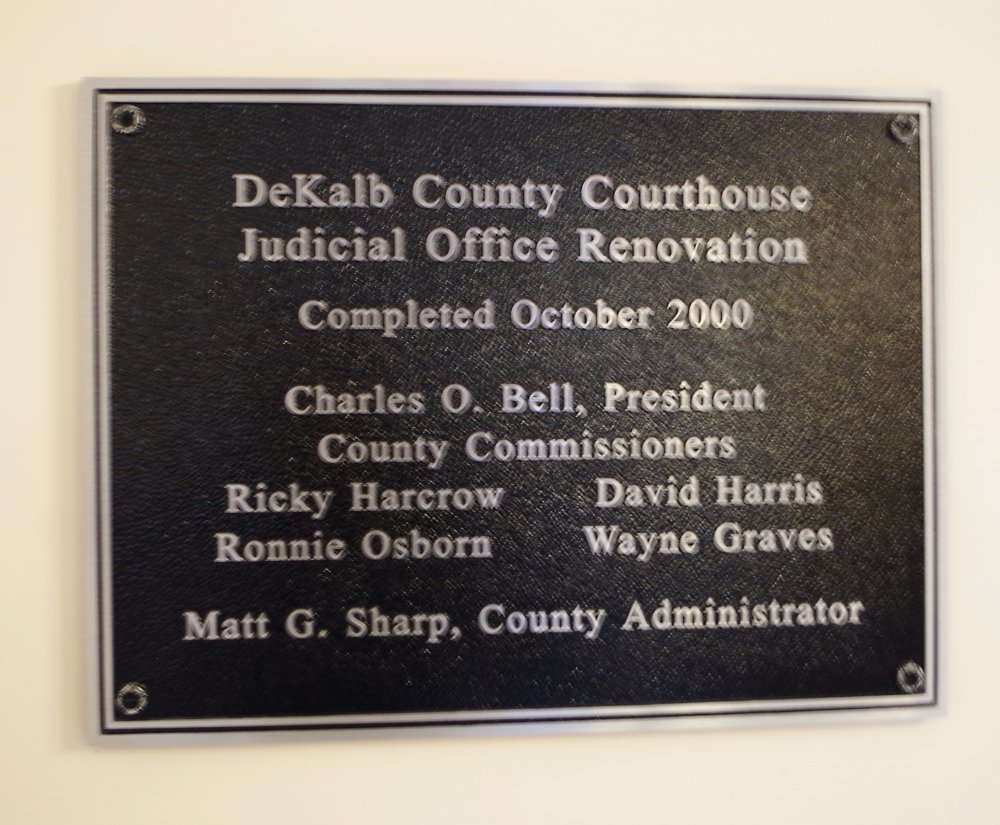 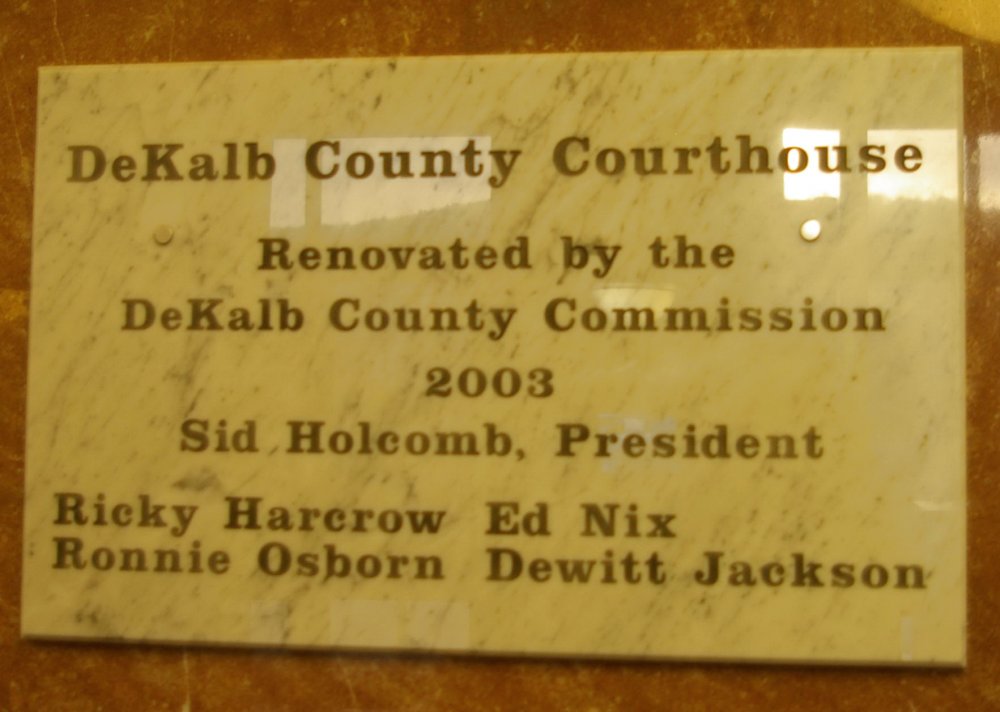 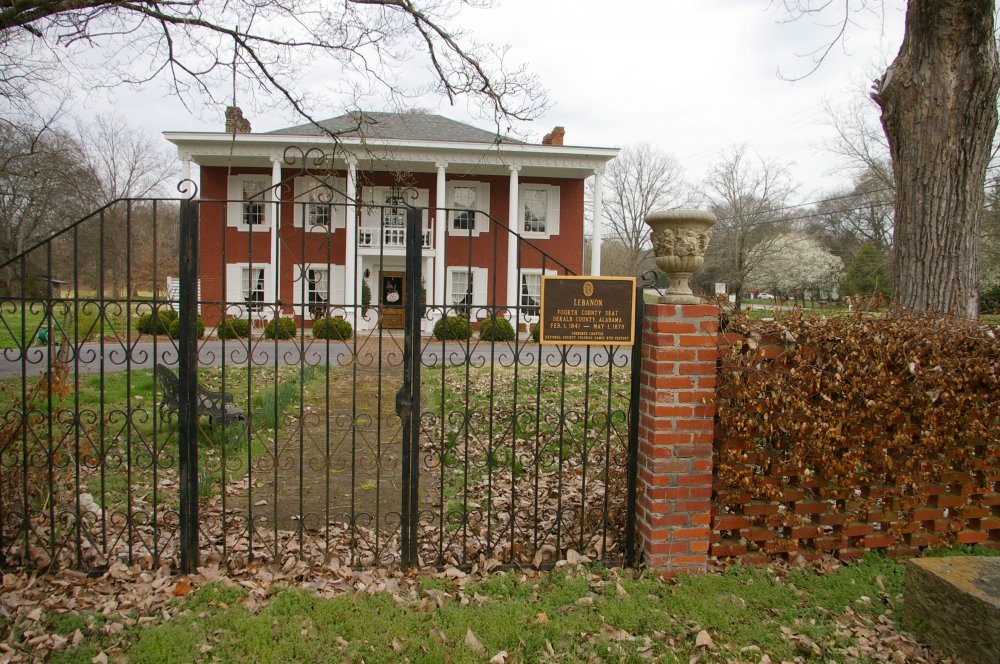