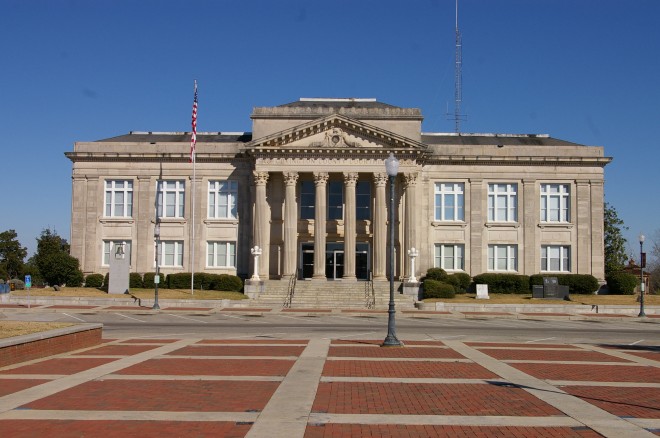 Covington County is named for Leonard Covington, who was a general from Maryland. 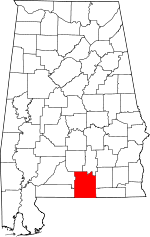 Description:  The building faces south and is a two story gray colored stone and concrete structure. The building is located on landscaped grounds in the center of Andalusia. The  south front has a portico supported by six high columns rising to a pediment at the roof line. On the pediment is a stone crest. Behind the portico is a high rectangular section. A projecting cornice runs below the roof line. The two courtrooms are located on the east and west sides of the second story. The building houses the County Circuit Court and the County District Court of the 22nd Judicial District. On the north side is the old red colored brick jail. 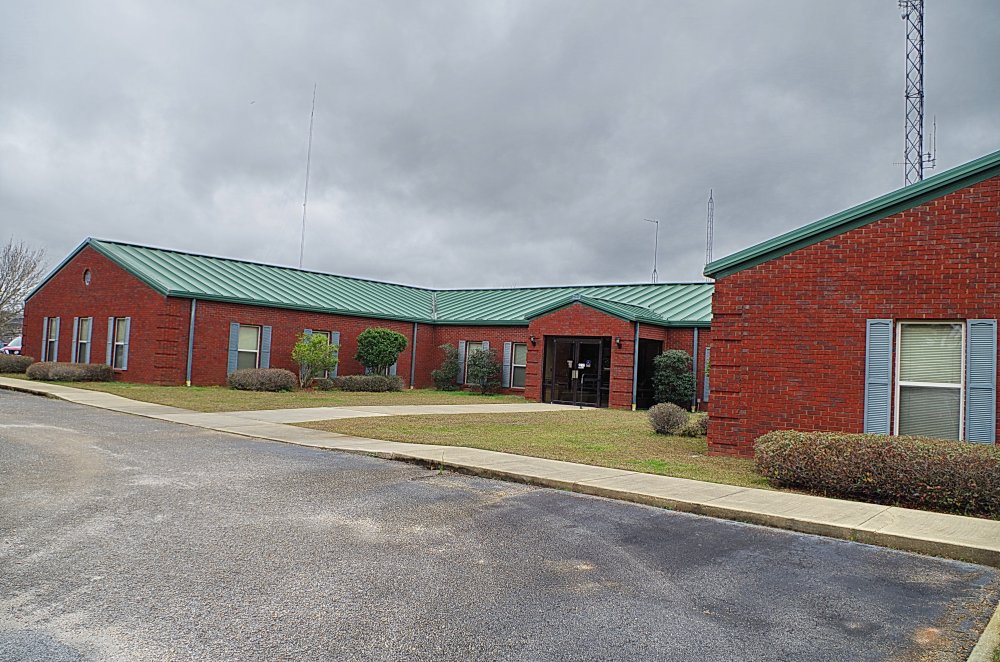 Description:  The building faces east and is a one story red colored brick and concrete structure. The building is located on landscaped grounds to the west of the center of Andalusia. The building is “U” shaped with a central entrance having a small projecting section. The hipped roof is green color. 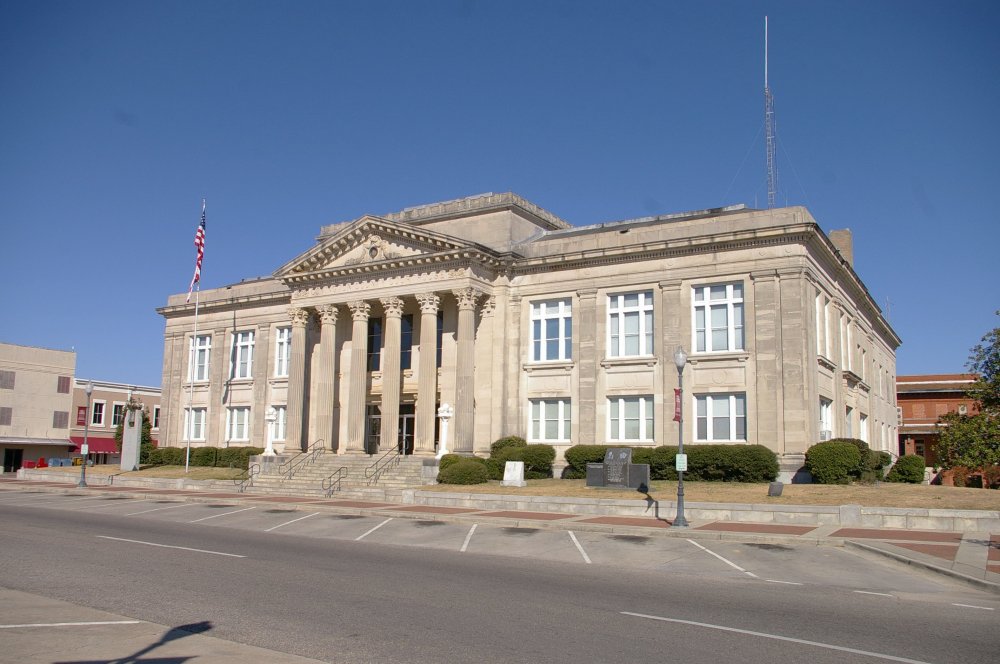 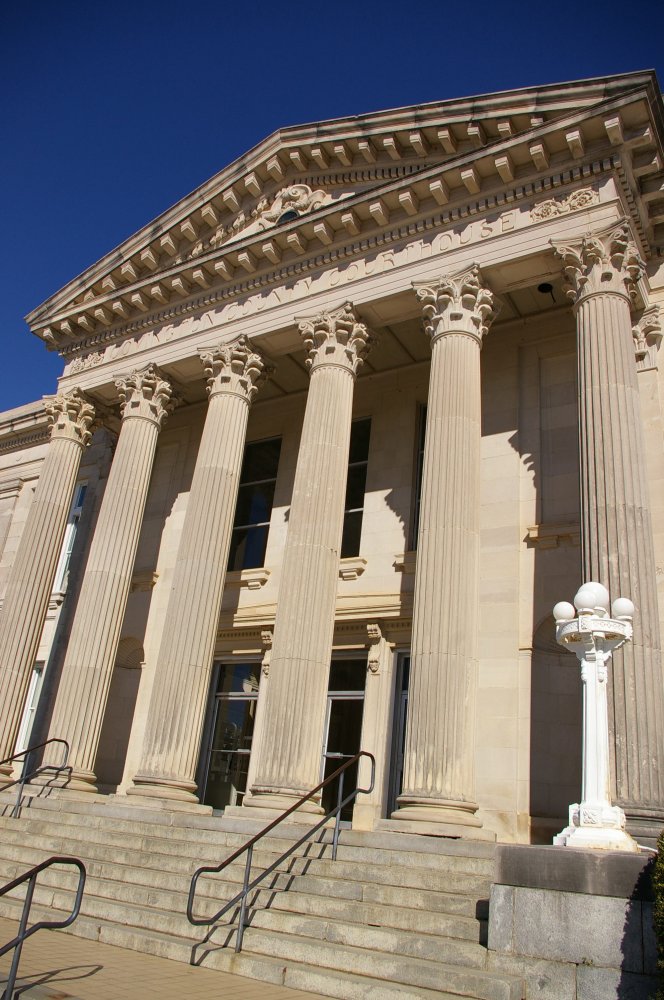 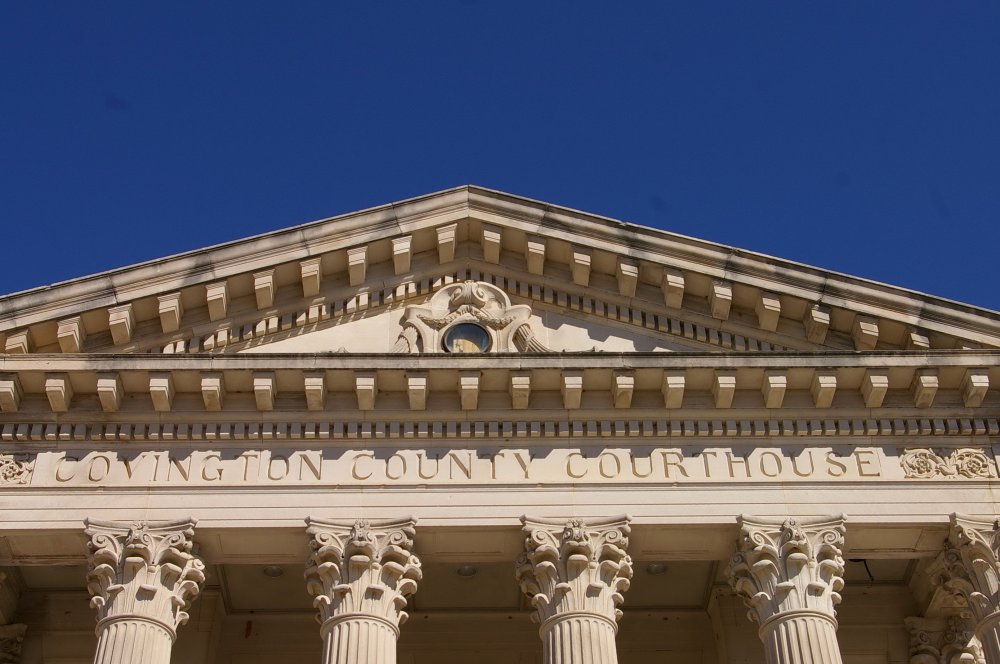 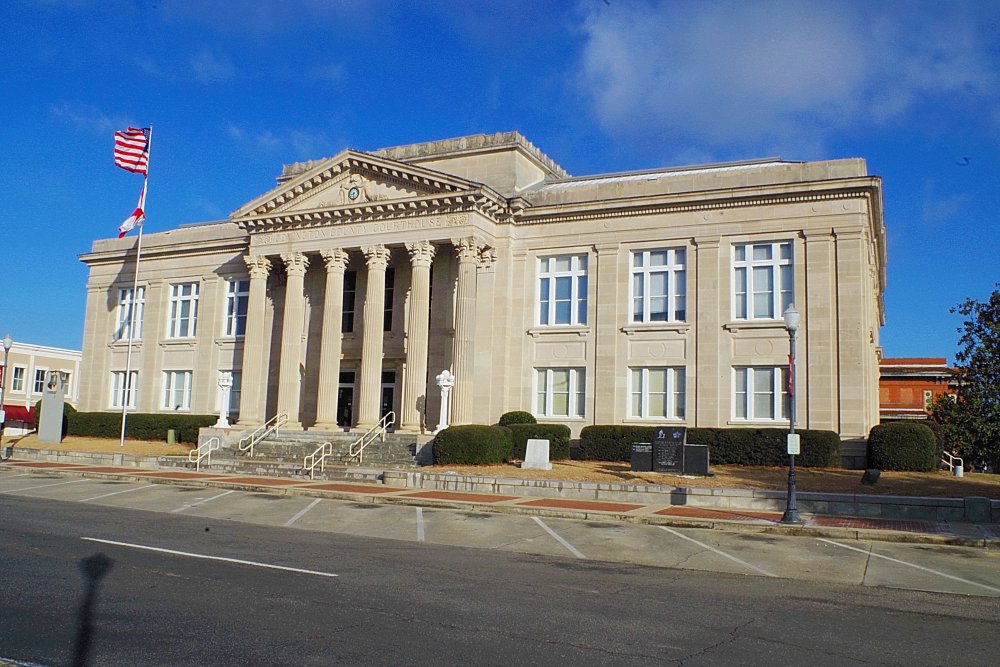 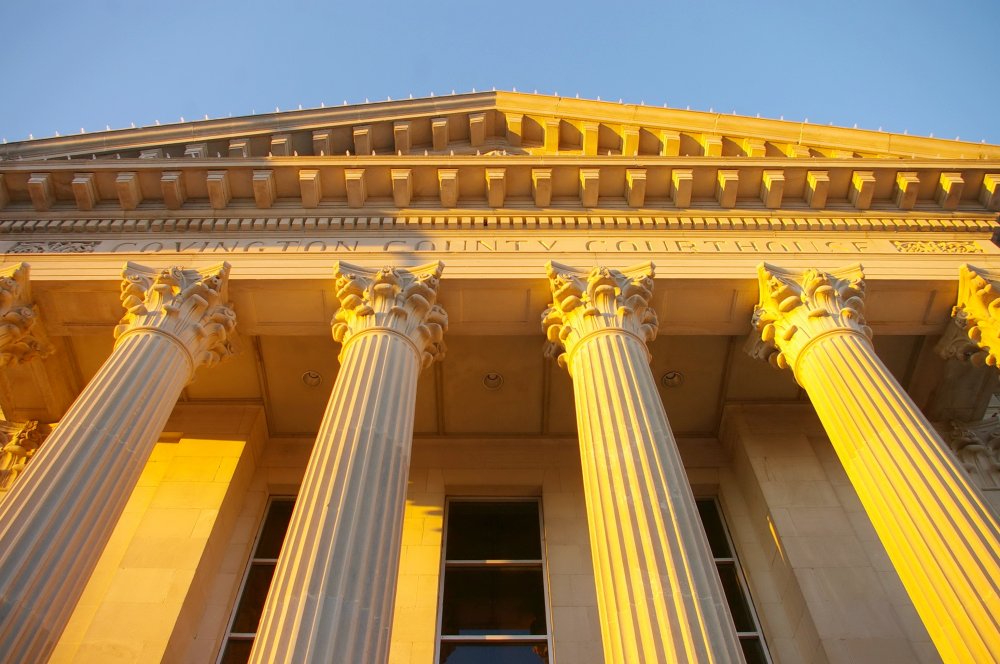 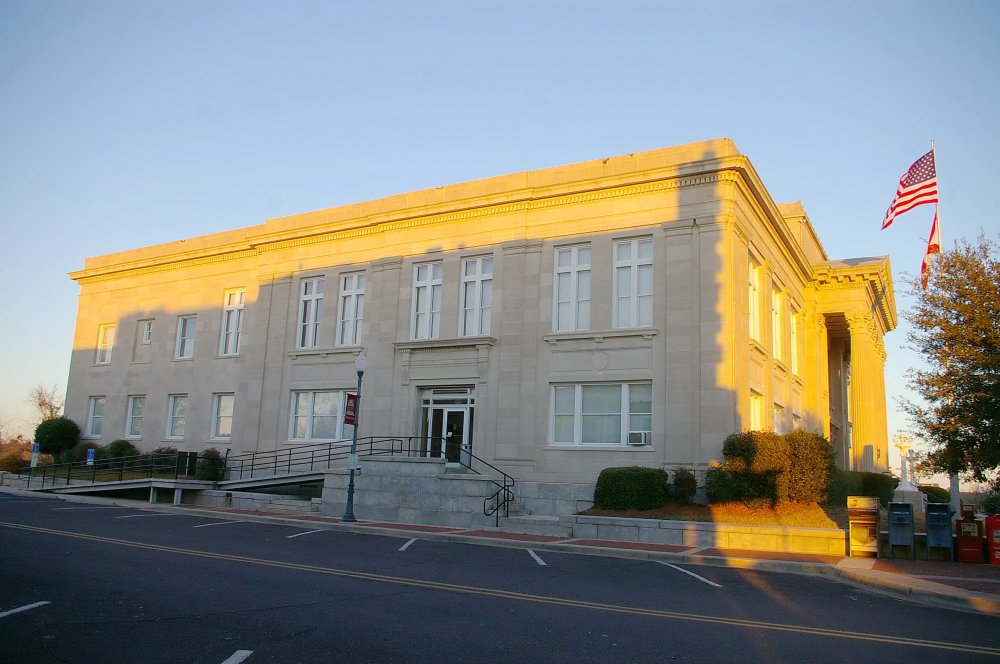 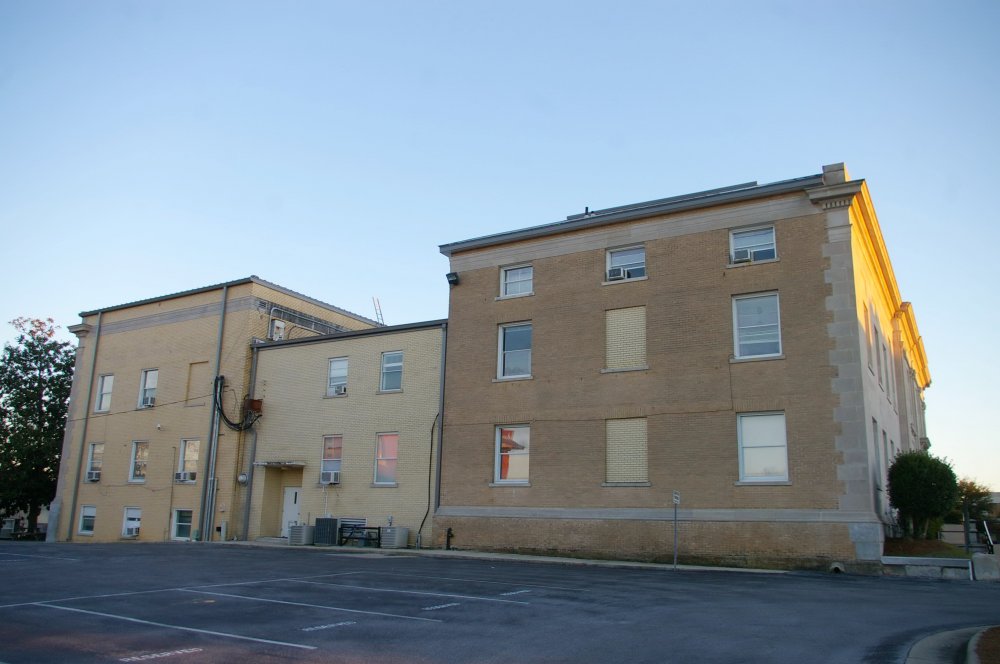 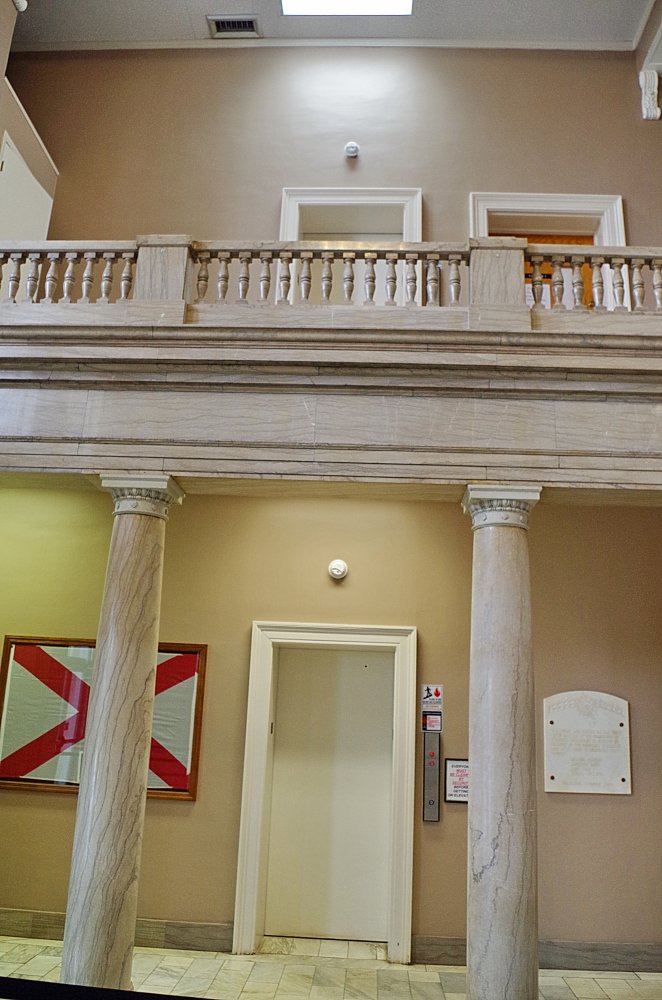 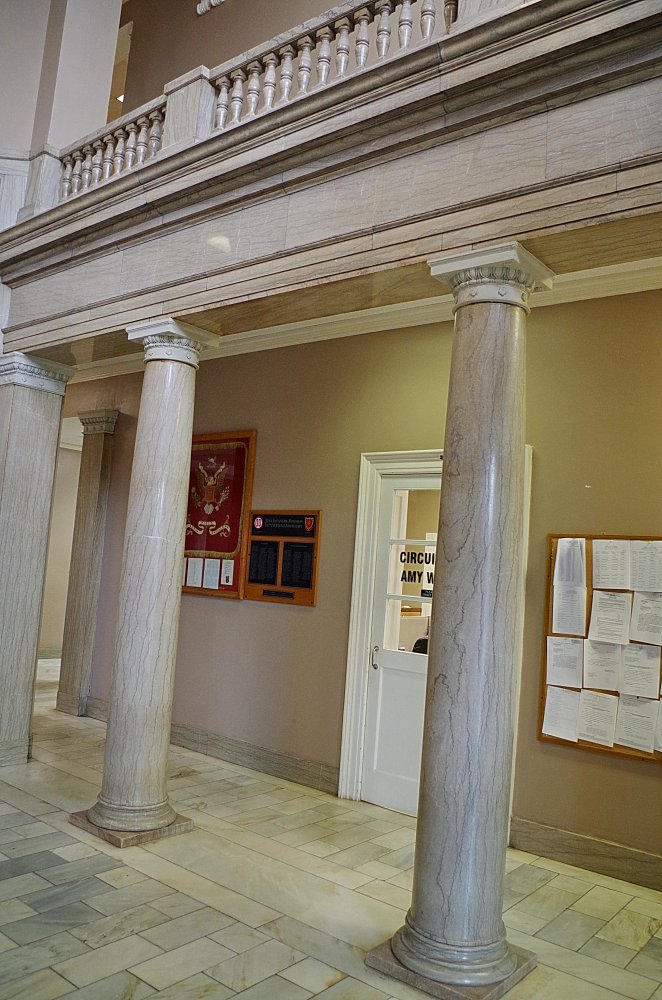 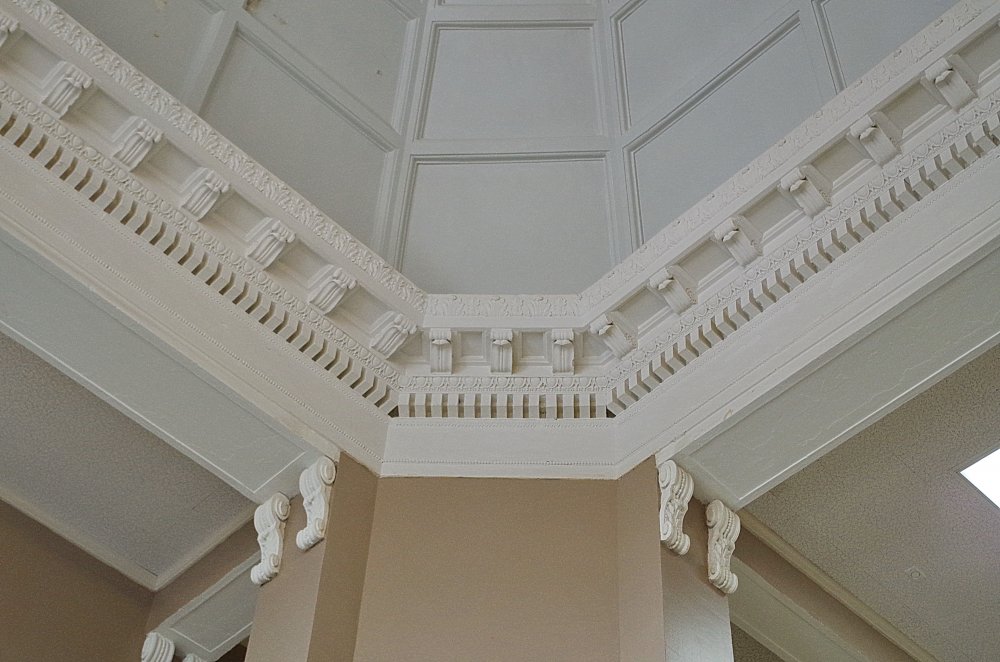 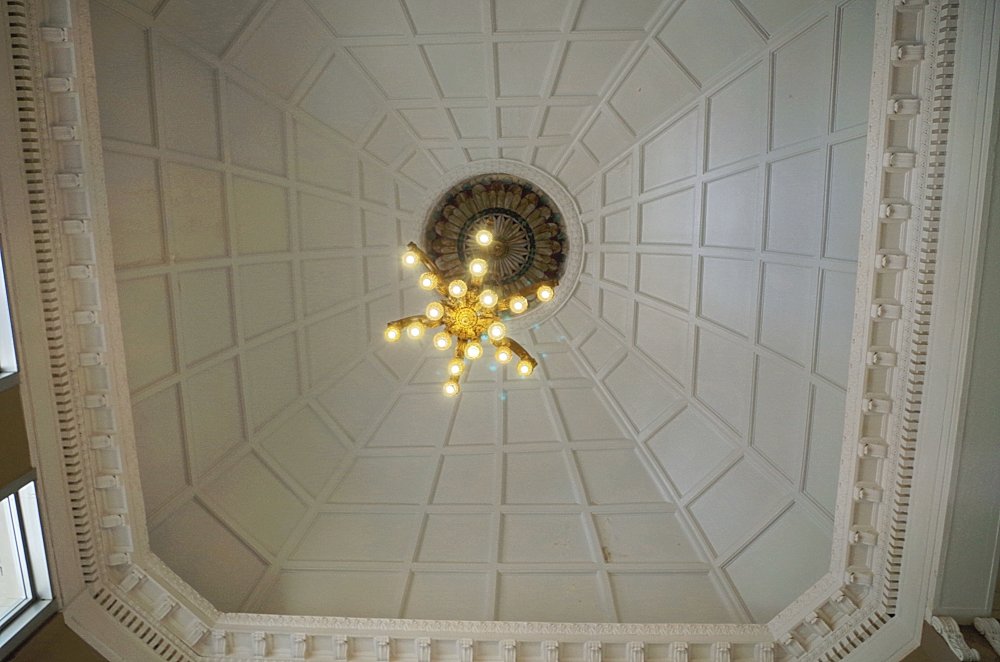 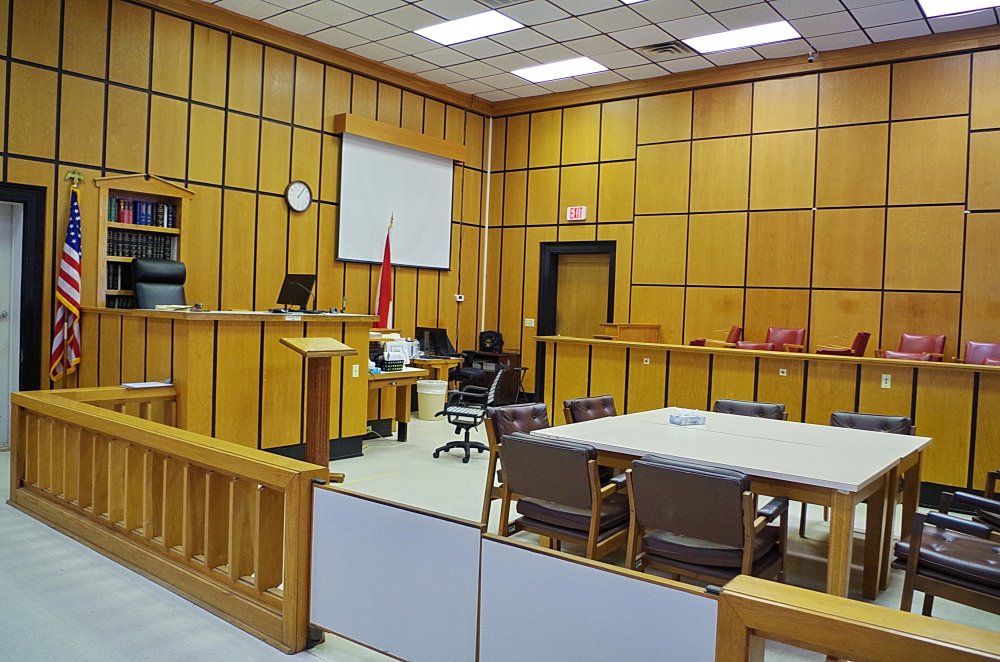