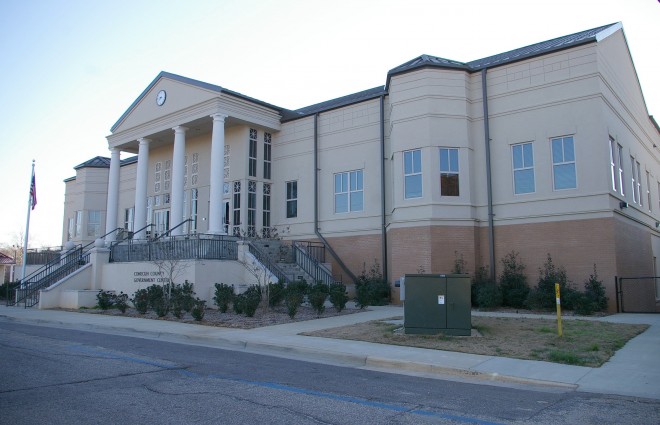 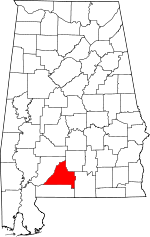 Description:  The building faces west and is a two story gray colored stucco, red colored brick and concrete structure. The building is located on landscaped grounds in the center of Evergreen. The west front has a portico supported by four columns with a pediment with clock at the roof line. On the north and south sides of the front, are three sided towers. The base of the building is red colored brick. The building houses the County Circuit Court and the County District Court of the 35th Judicial District. 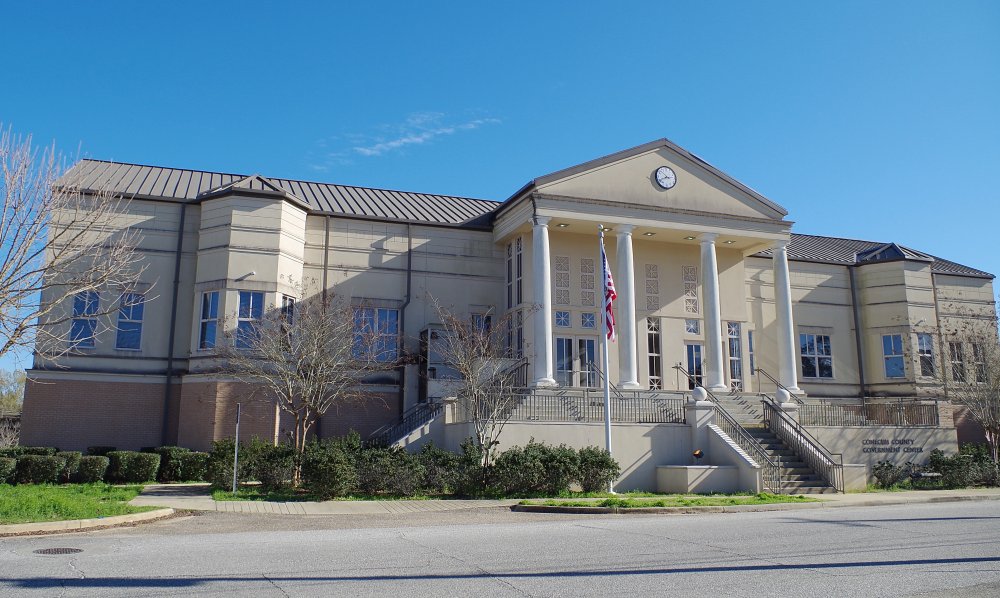 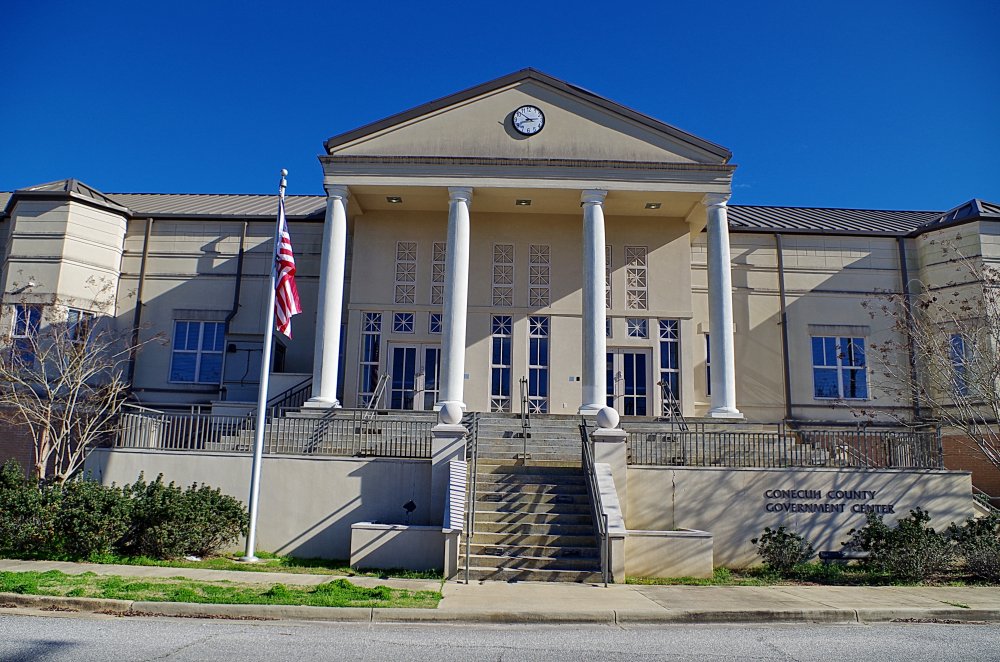 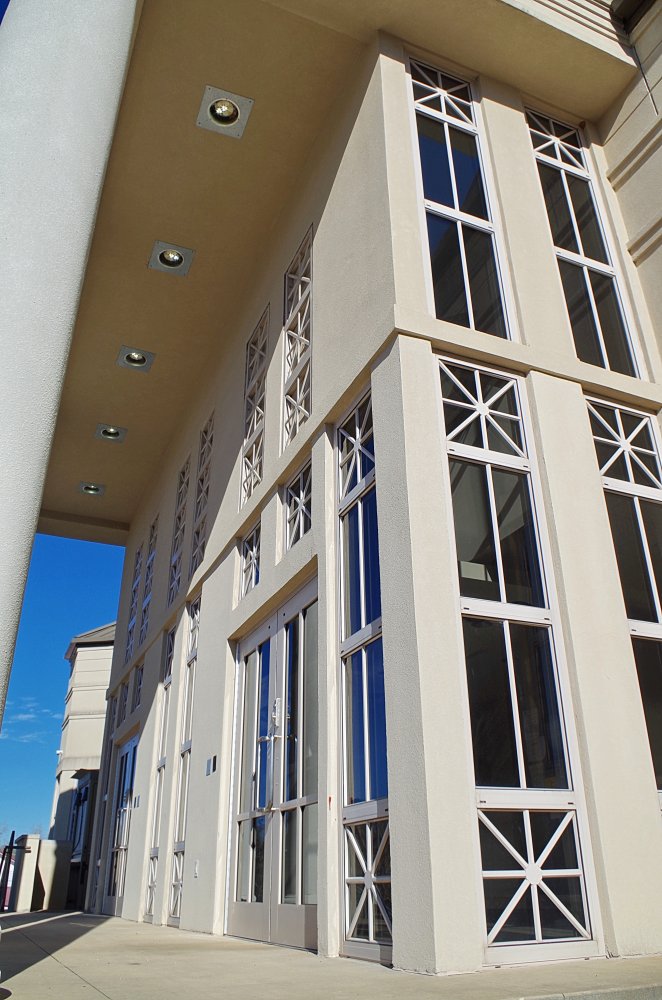 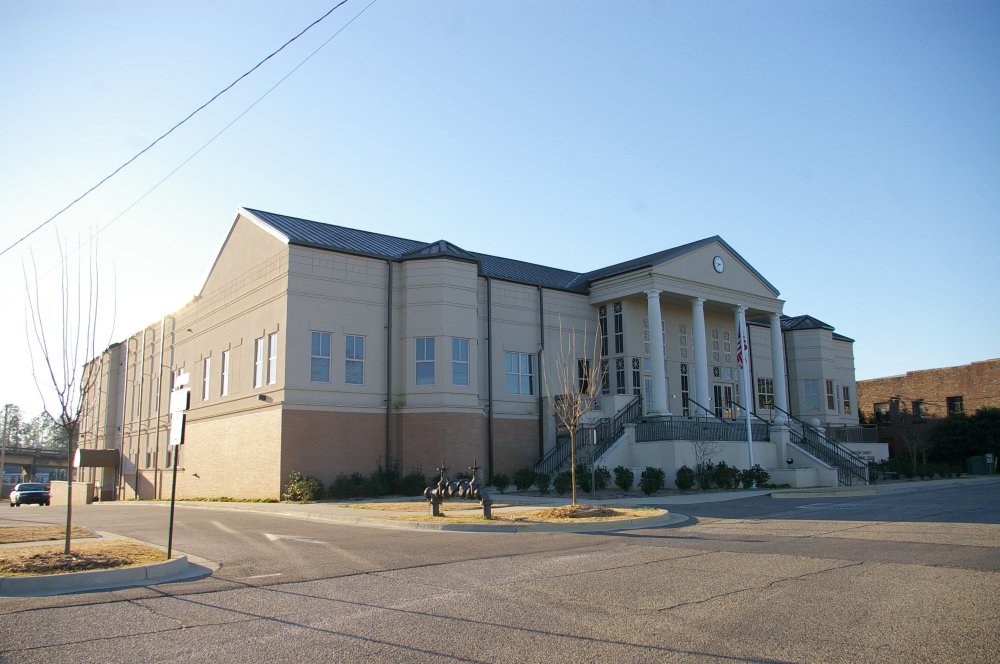 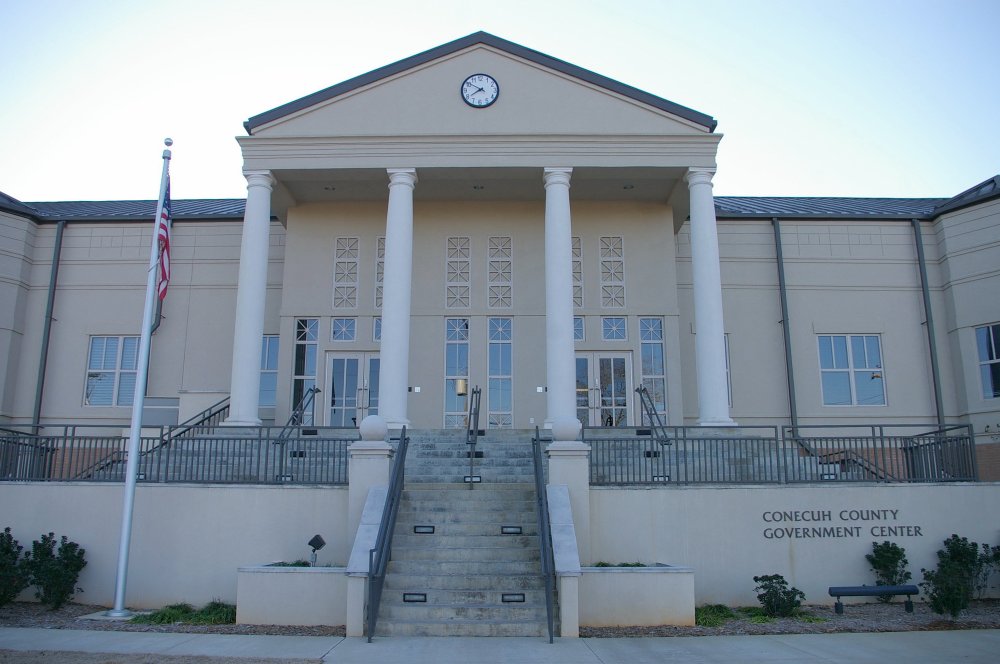