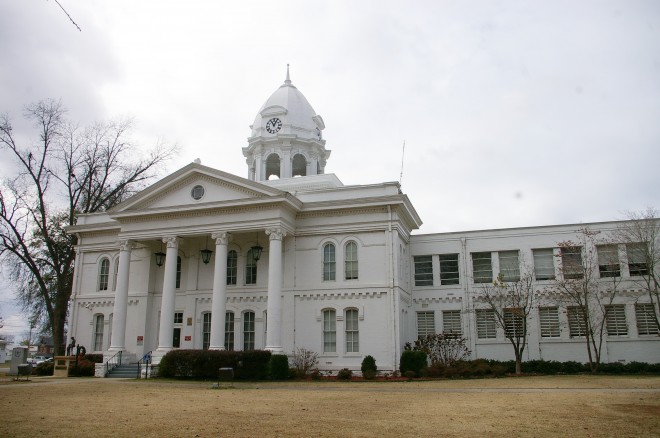 Colbert County is named for George Colbert and Levi Colbert, who were Chickasaw chiefs.

Description:  The building faces east and is a two story white colored brick structure. The building is located on spacious landscaped grounds in the center of Tuscumbia. The east front has a large portico supported by four white colored columns rise to a pediment at the roof line. There is decorative brickwork between the first and second stories. On the center of the roof is a large open dome with clock and white colored dome above. The building houses the County Circuit Court and the County District Court of the 31st Judicial District. The building burned in 1908 when the interior was gutted. In 1909, the building was rebuilt and a clock tower was added. The architect was Bearden and Foreman and C L Peckinpaugh of Nashville, Tennessee and the contractor was Hosford & Graham.. An addition was built on the north side in 1948. The architect was H A Griffiths Jr. and the contractor was N C Hatcher. An addition was built on the west side in 1973 to 1975. The architect was Northington, Smith, Kranert, Tomblin & Associates and the contractor was B H Craig Construction Company Inc.

History:  The county was created in 1870 and Tuscumbia was selected as the county seat. The courthouse constructed in 1881 is the first and only courthouse erected in the county. 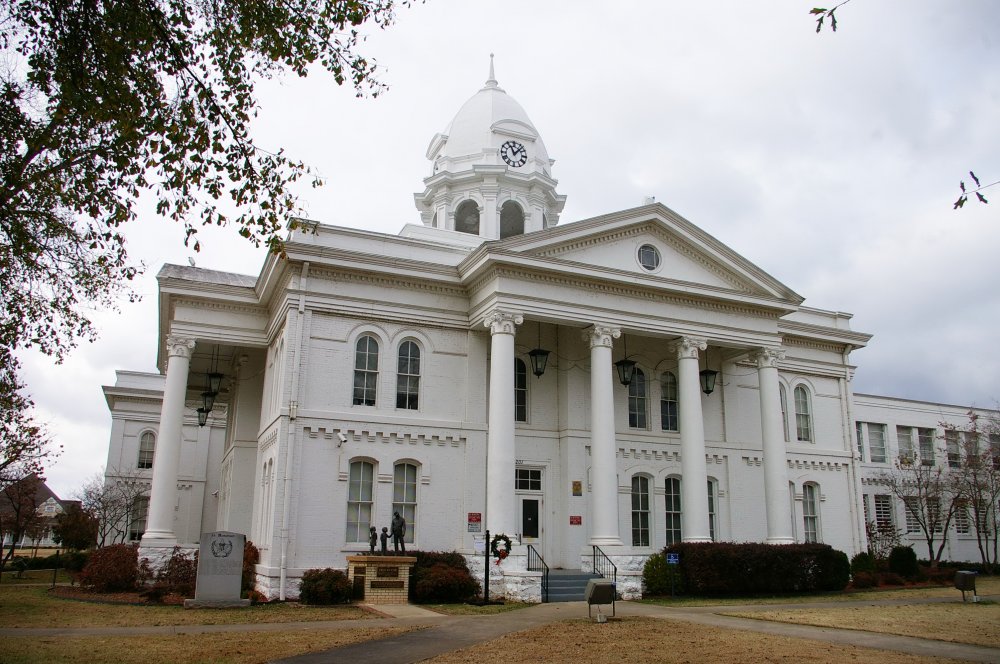 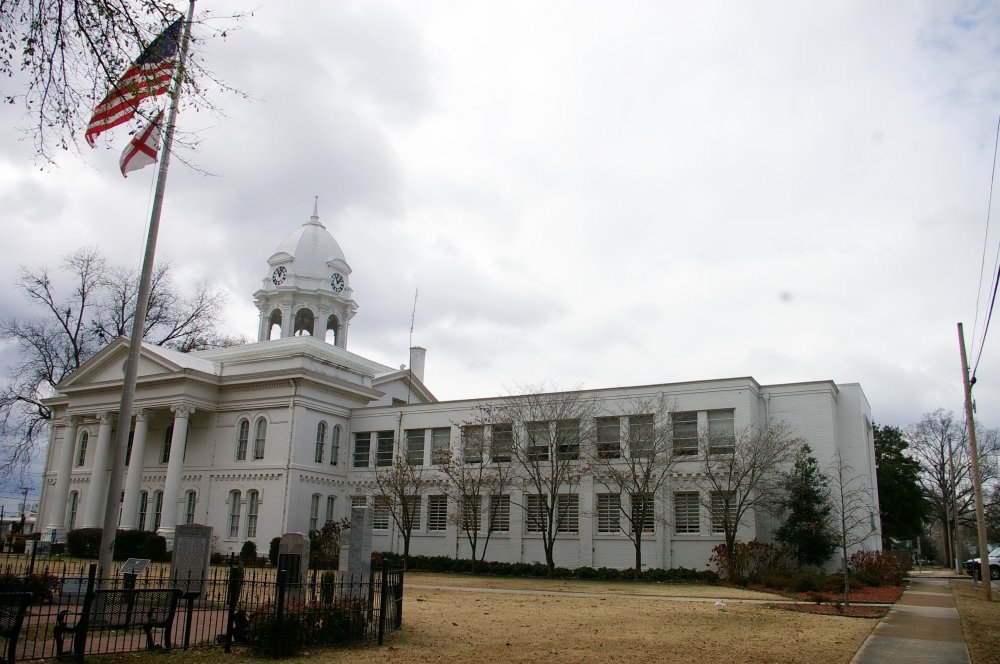 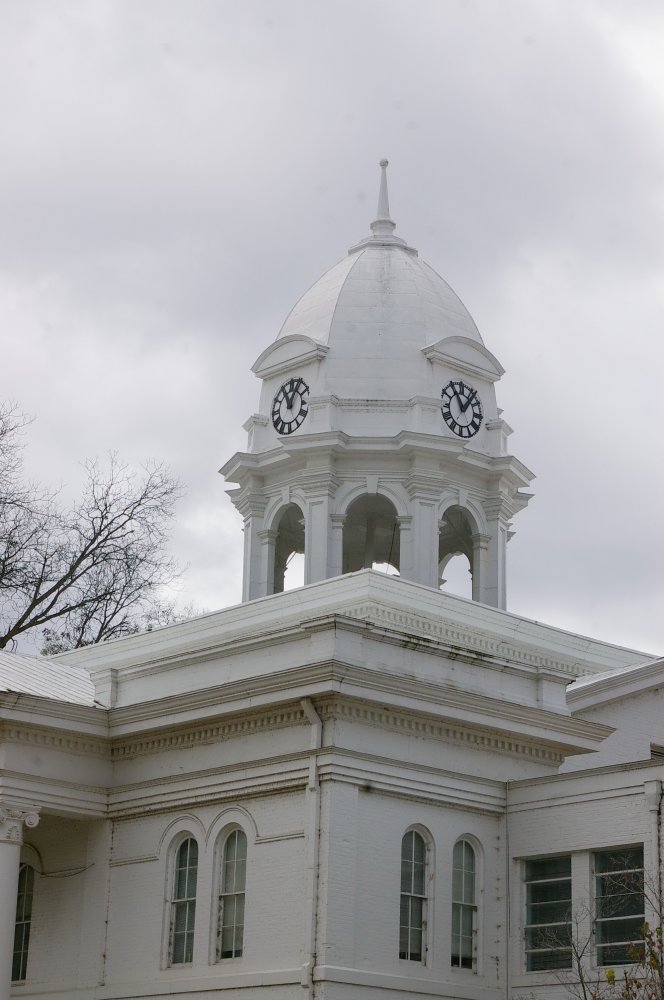 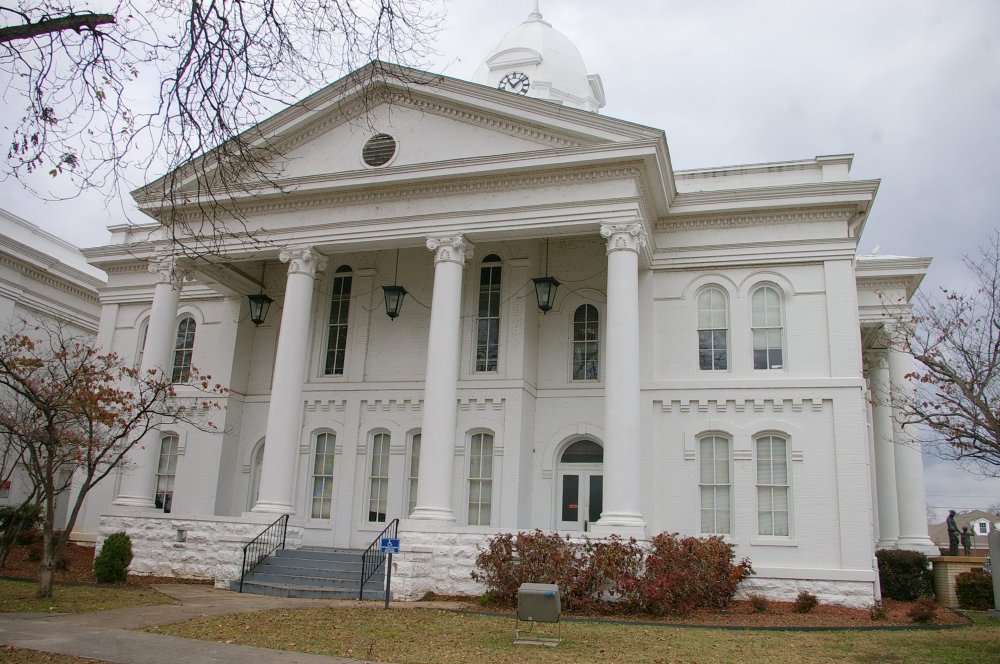 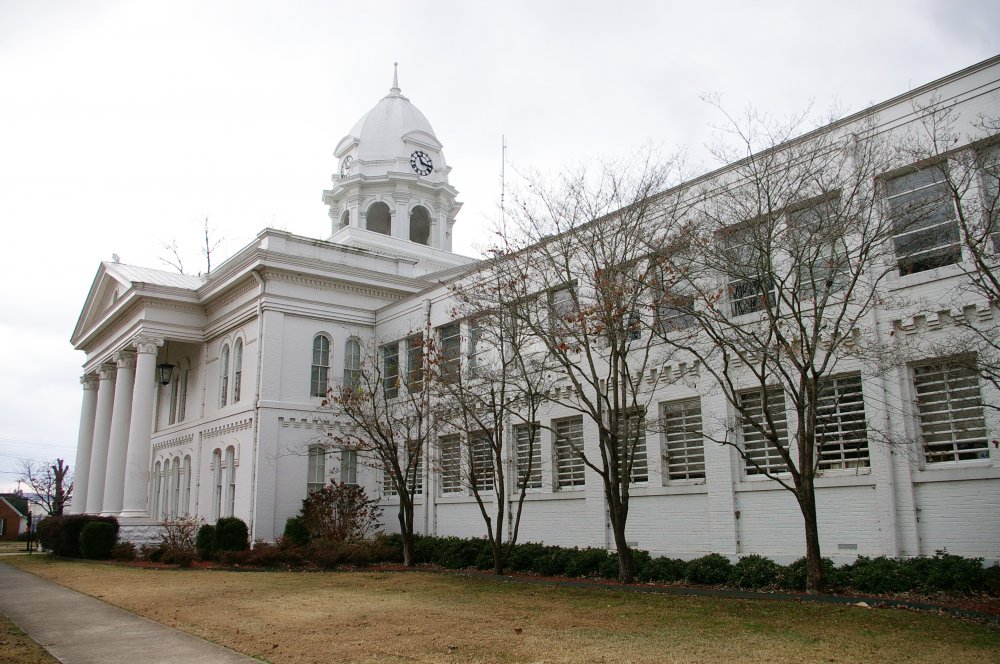 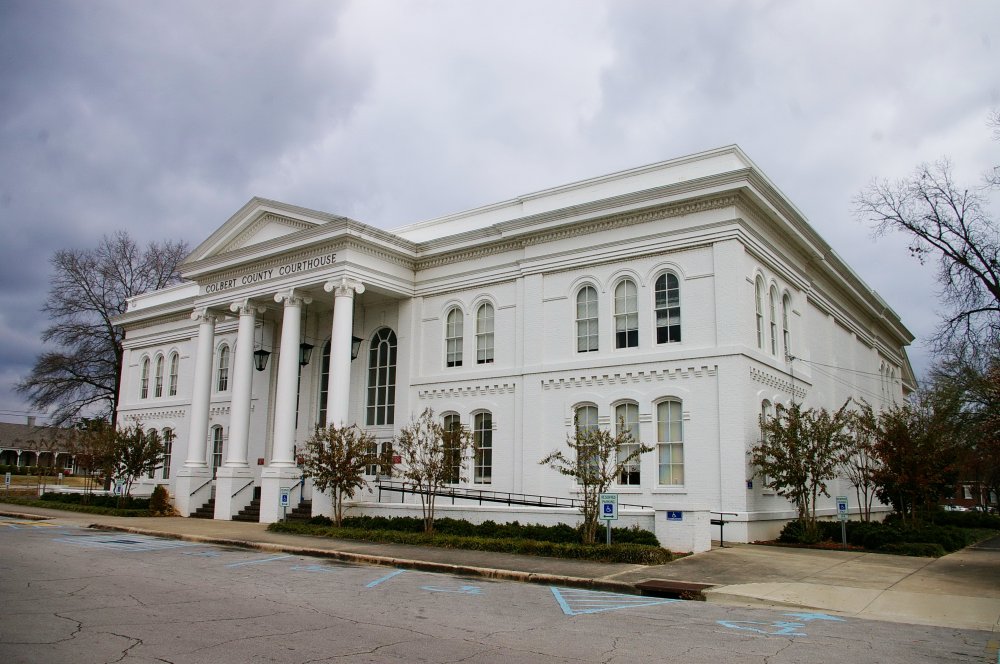 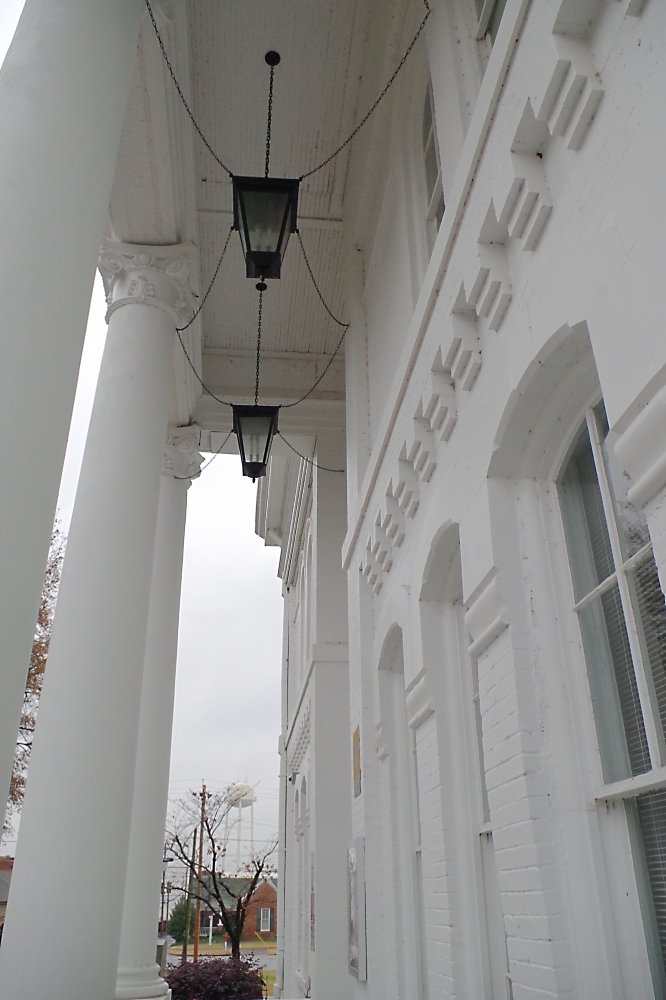 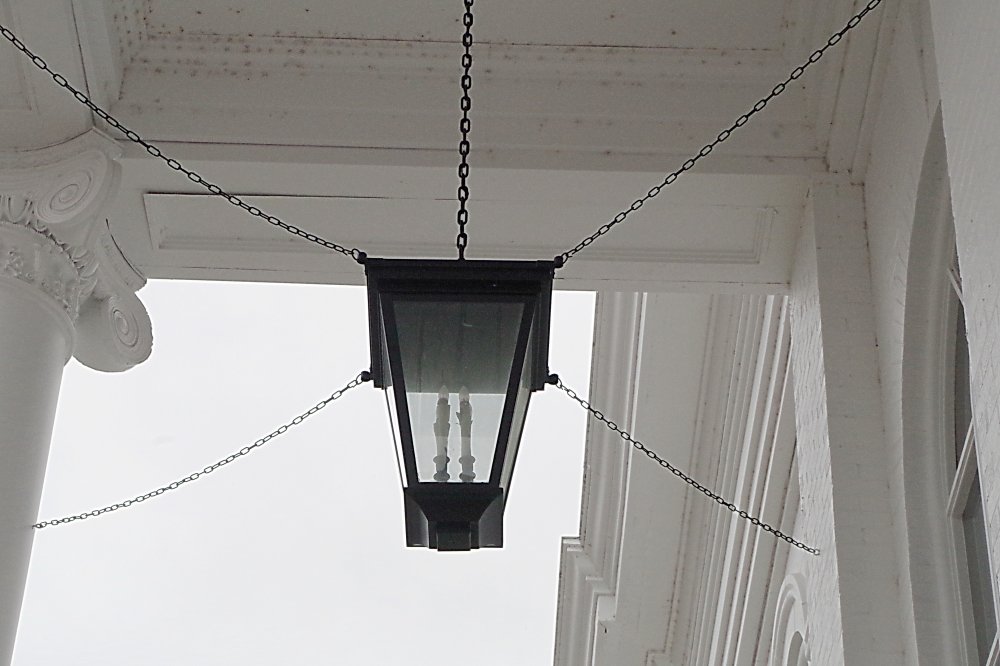 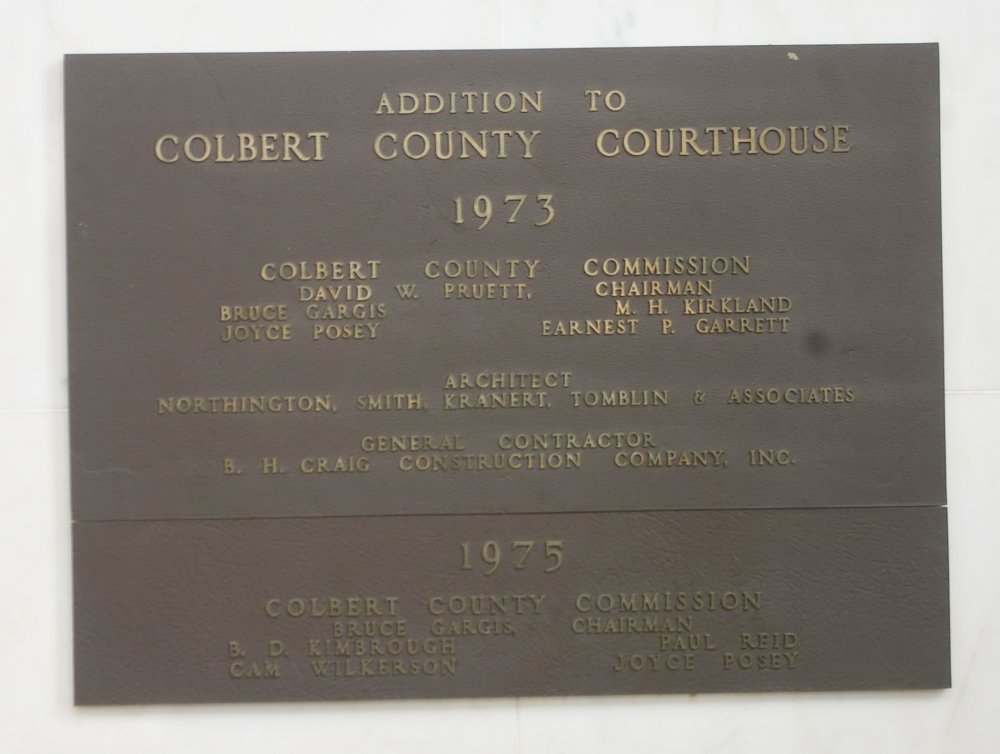 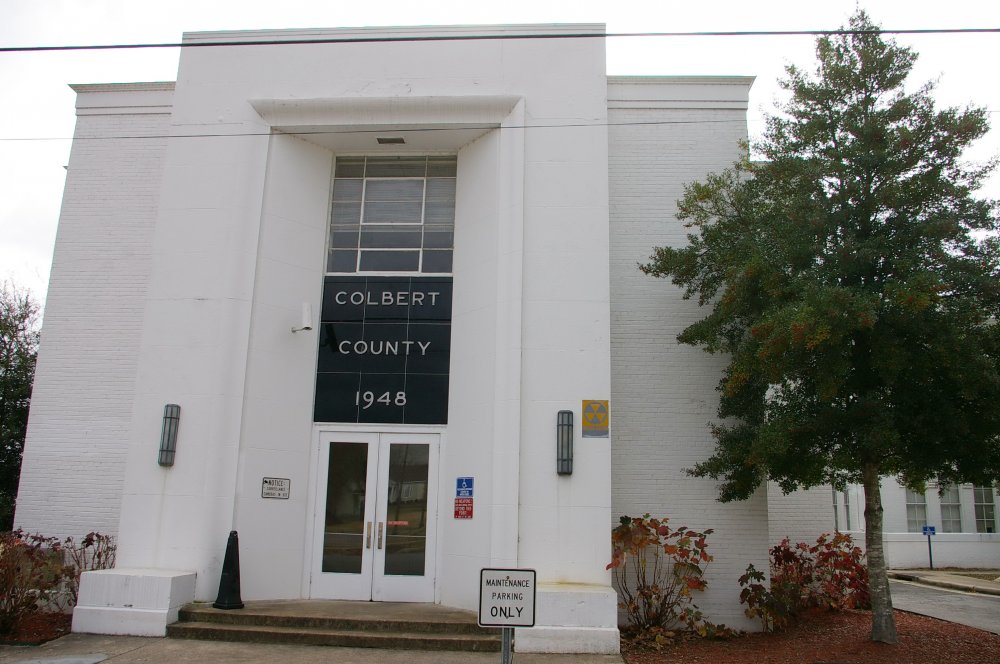 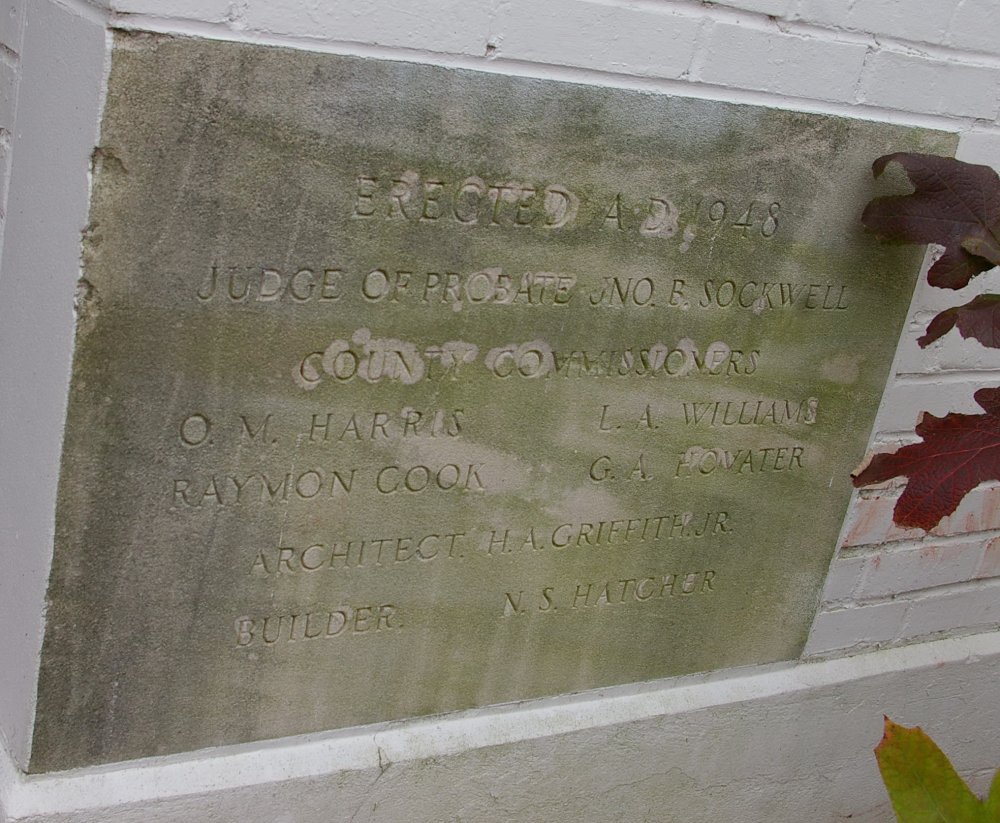 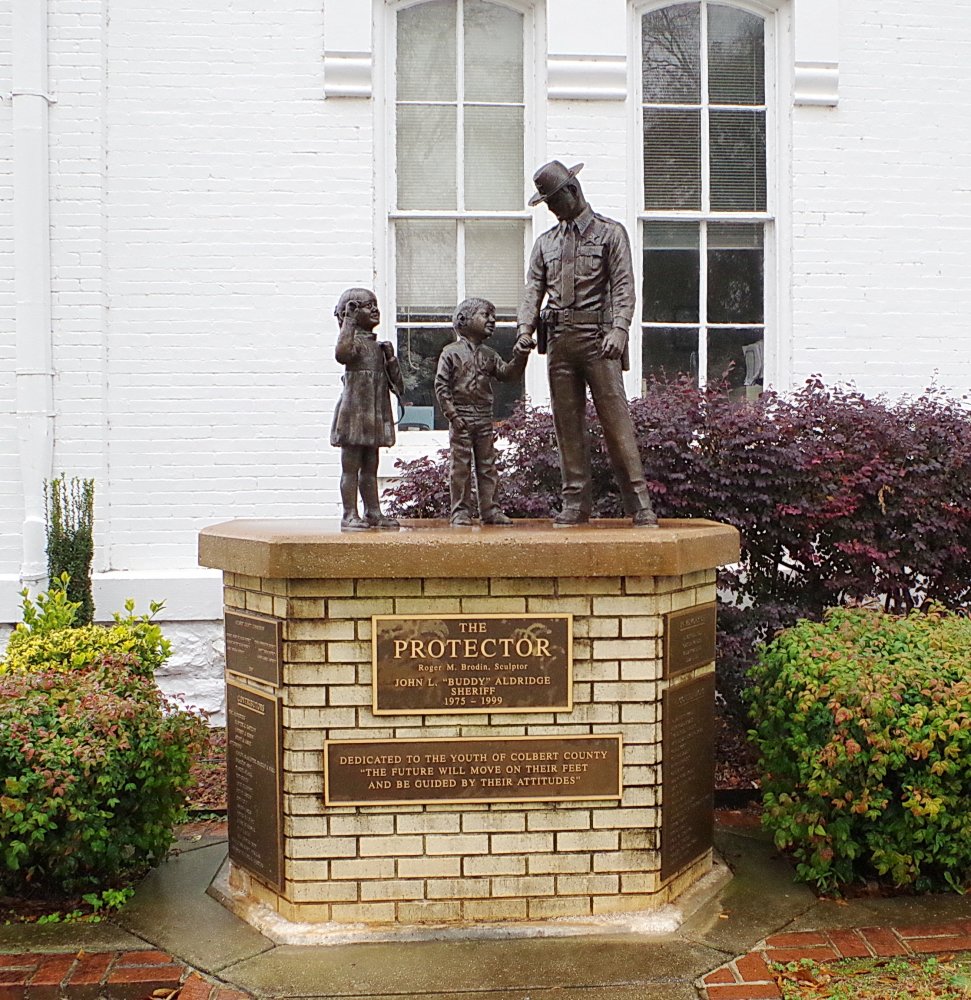 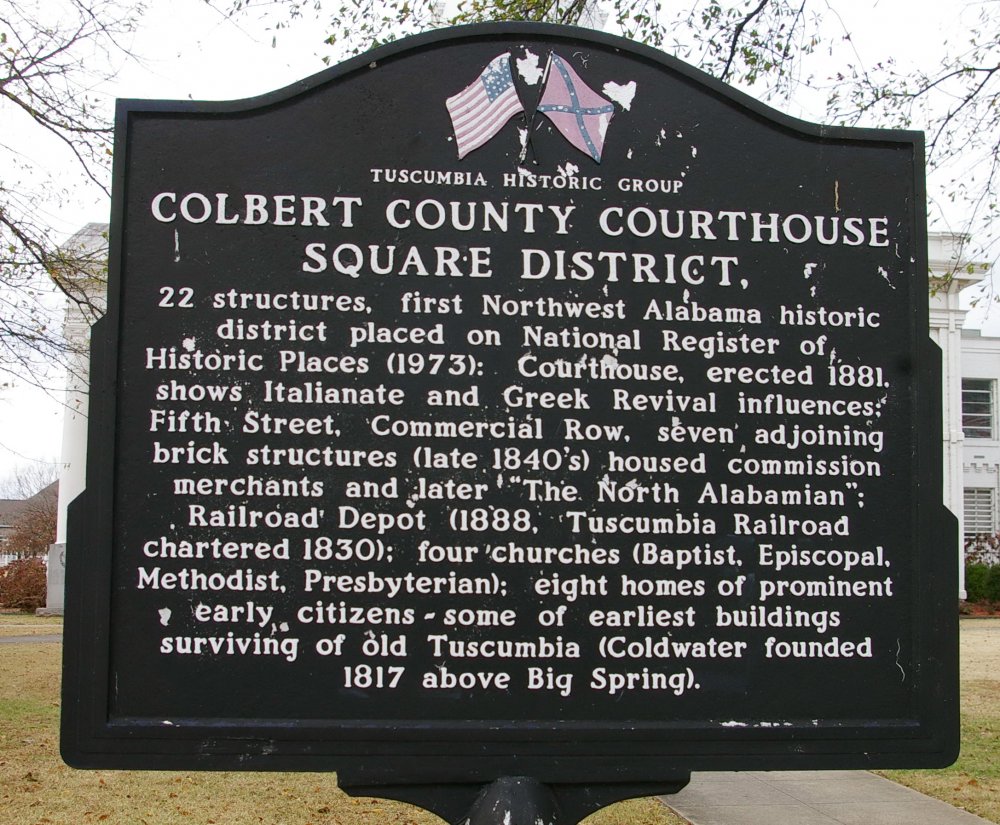