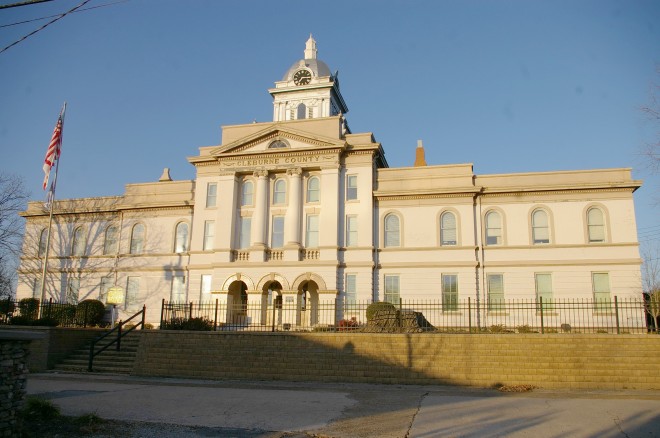 Cleburne County is named for Patrick Cleburne, who was a major general in the Confederate States Army. 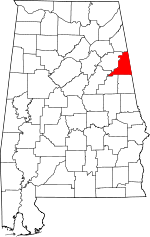 Description:  The building faces east and is a two story cream colored brick and concrete structure. The building is located on landscaped grounds in the center of Heffin. The east front has a projecting center section with three arches on the first story and two large columns rising from the second story to the top of third story with pediment above. The building is tired with arched windows on the second story. On the center of the roof is a square dome with clock and small cupola at the top.  The building houses the County Circuit Court and the County District Court of the 7th Judicial District. The building was remodeled in 1938 under the Federal Emergency Program. The architect was Horace N Warren sand the contractor was Ogletree Construction Company.

Note:  The highest point in Alabama is Mount Cheaha at 2407 feet ( 734 meters ) which is located in the county. 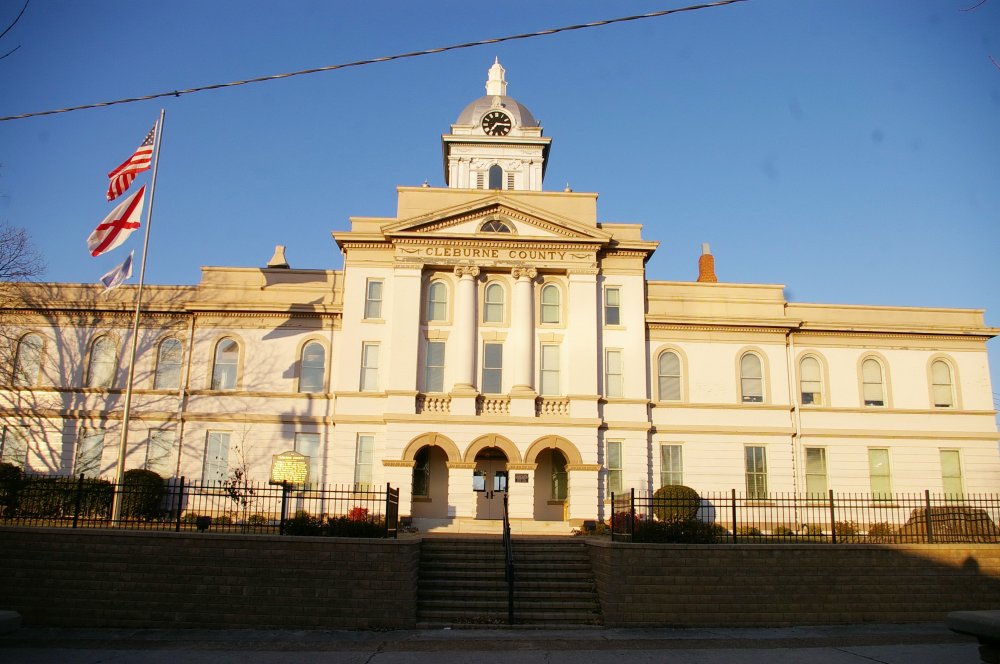 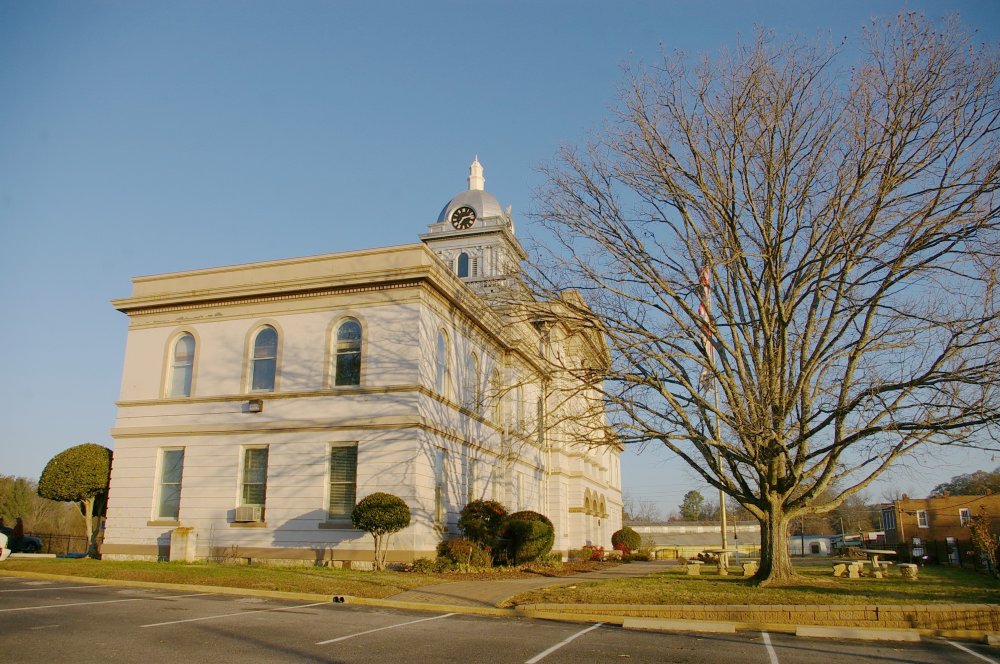 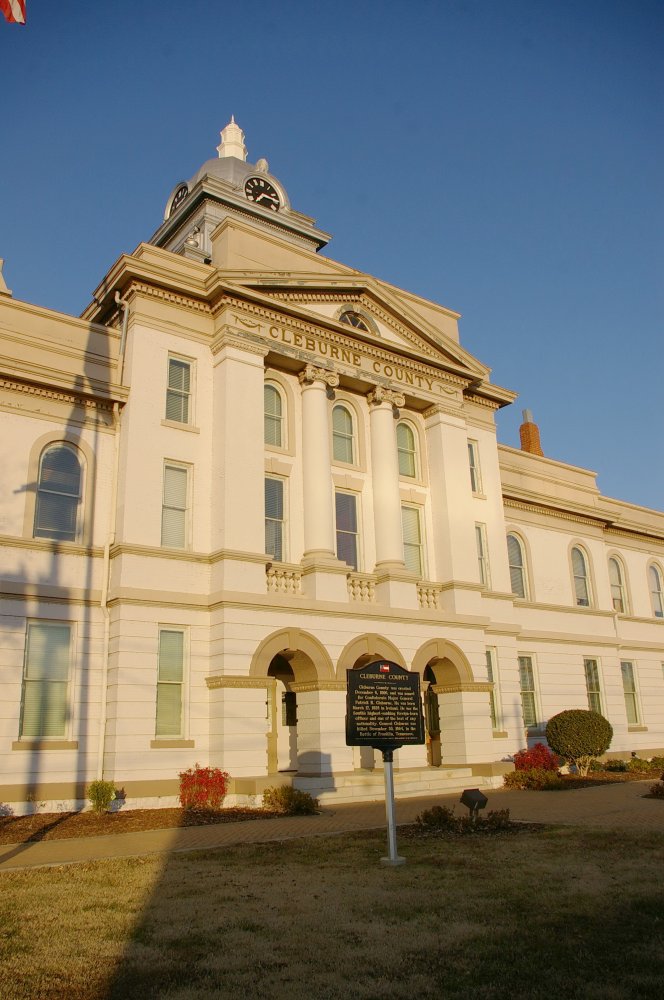 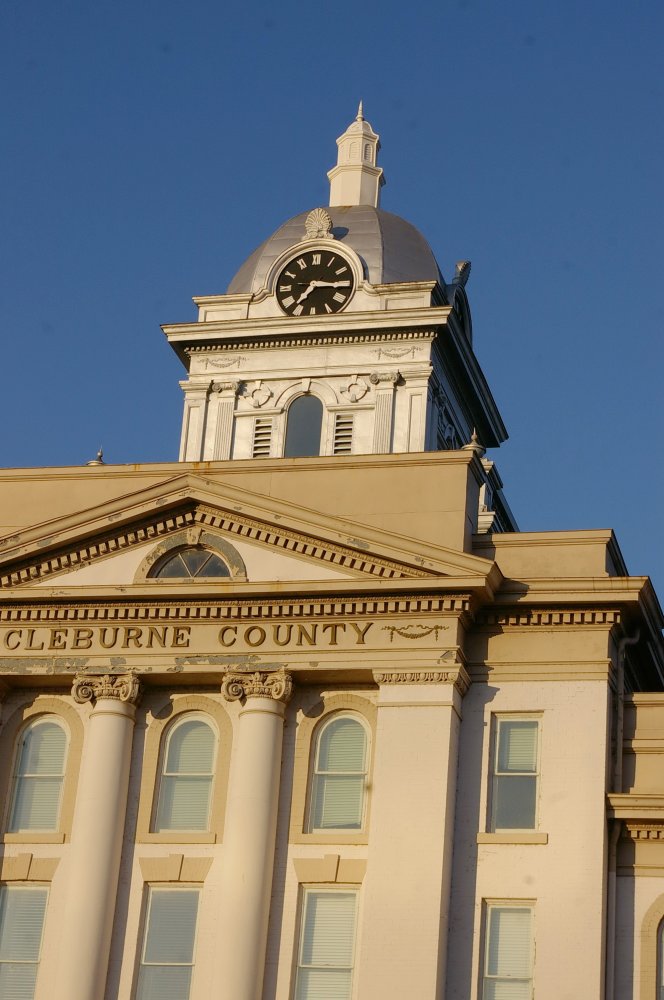 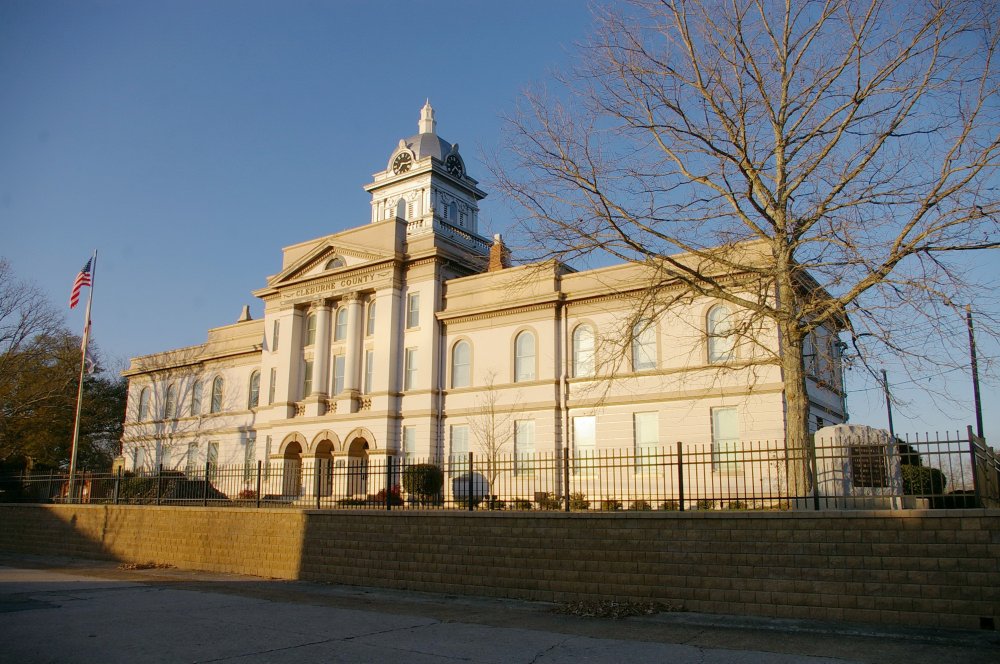 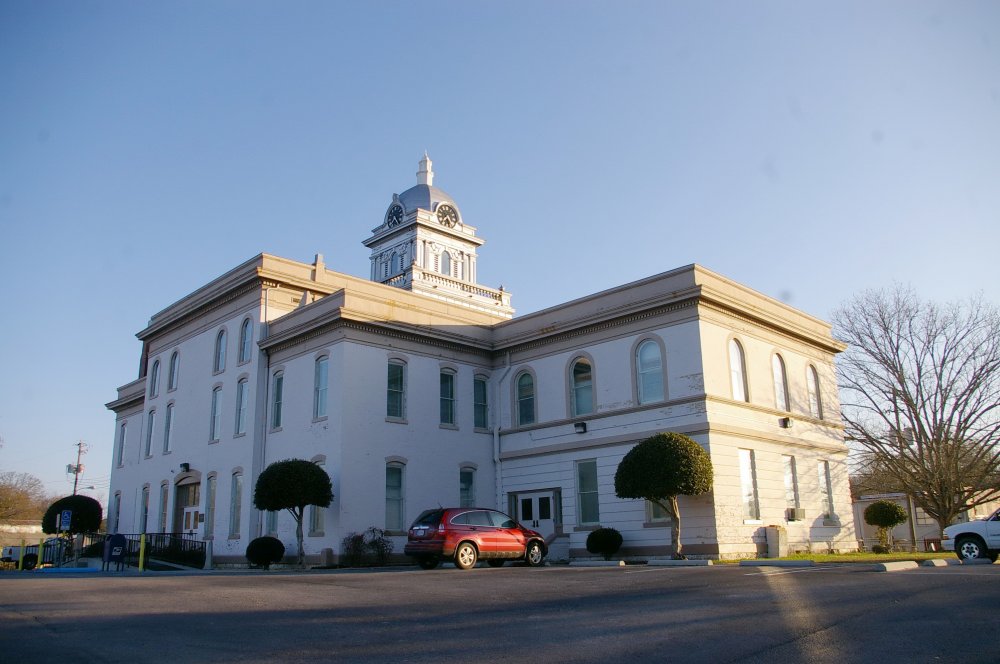 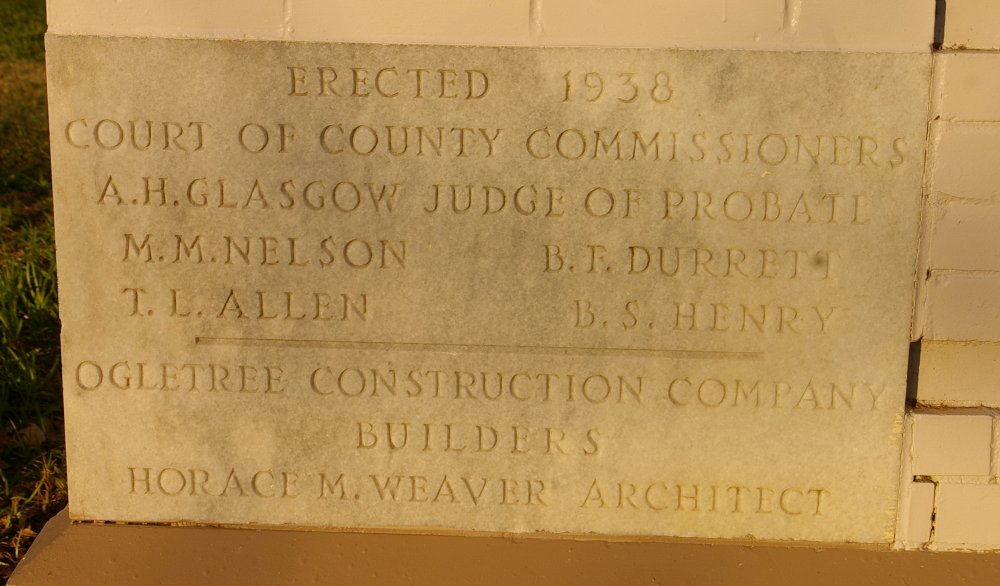 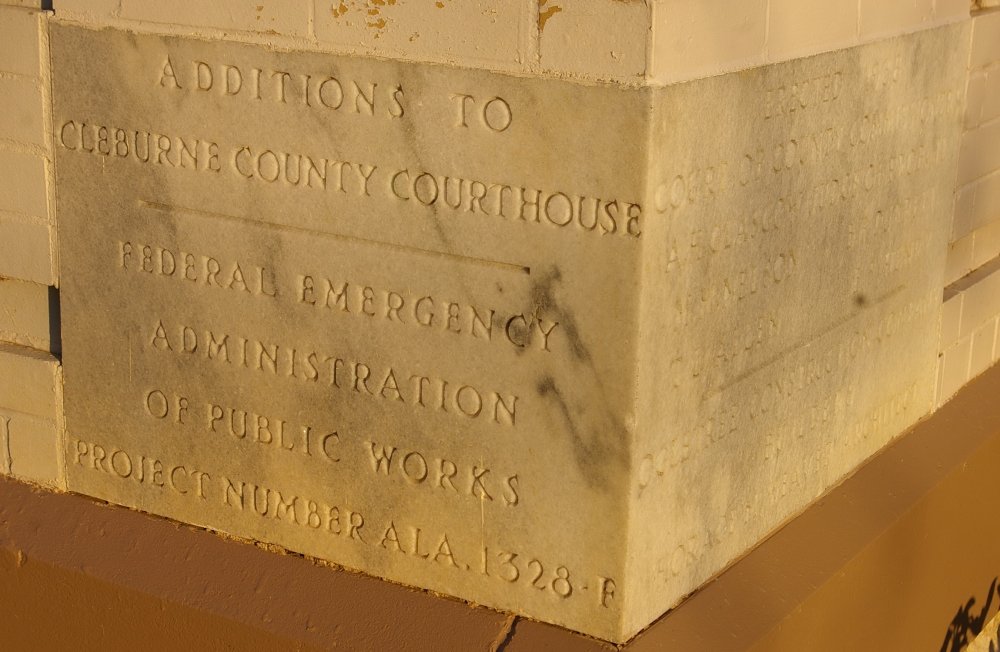 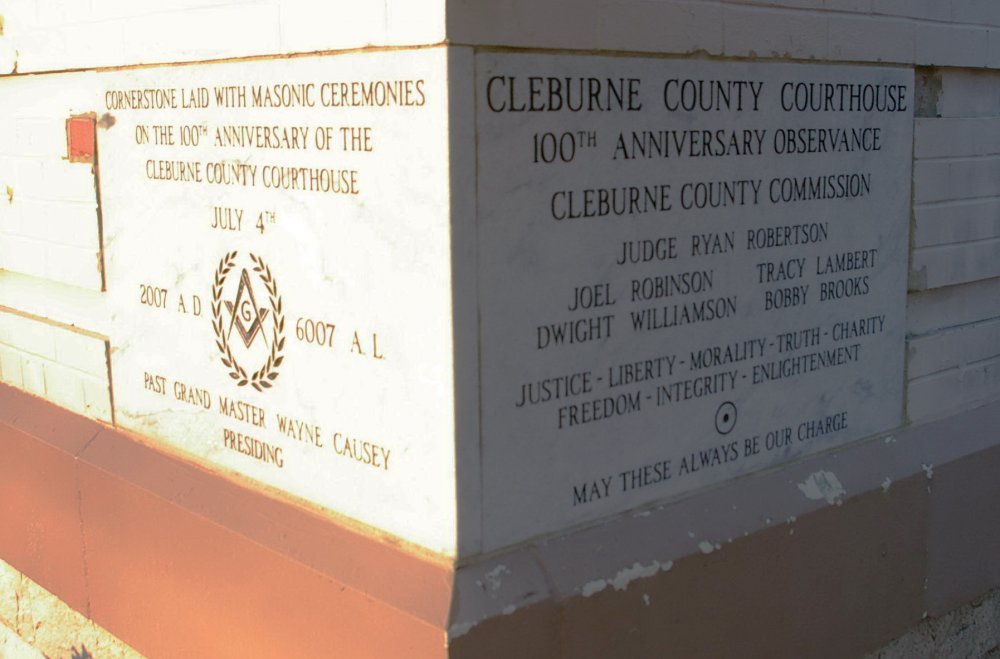 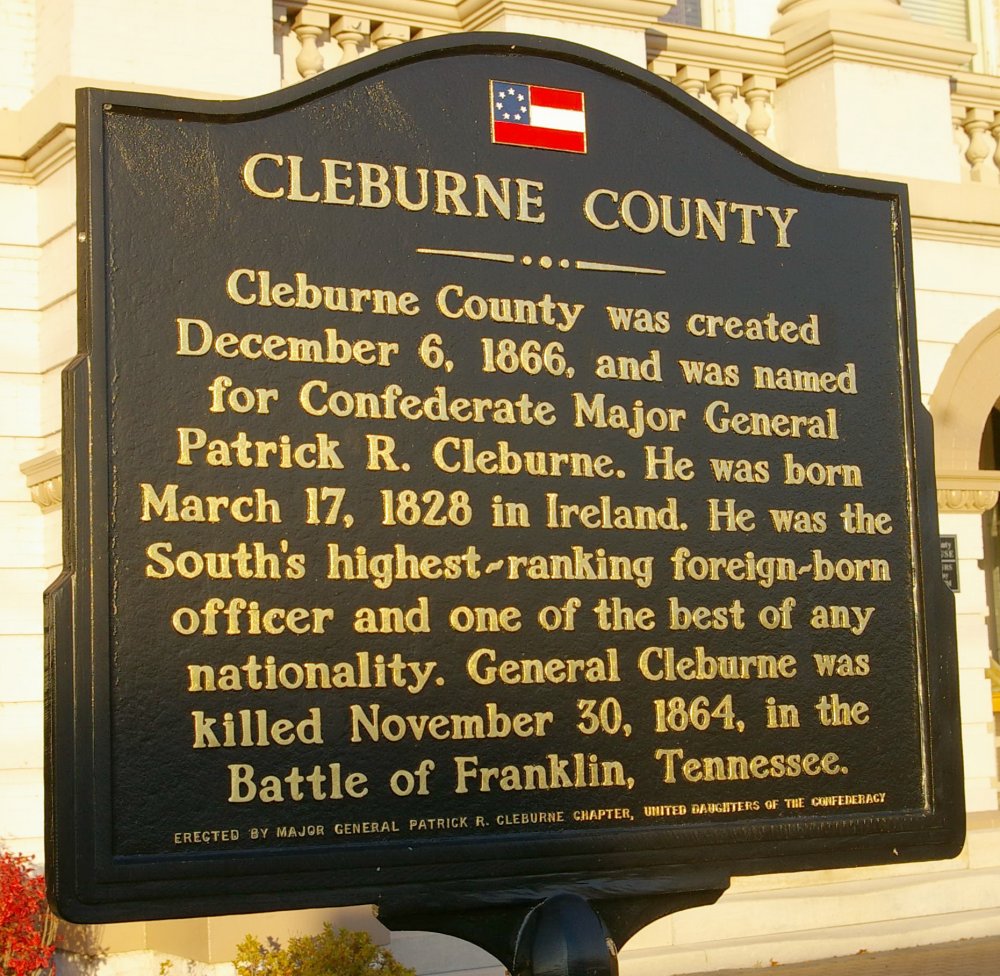