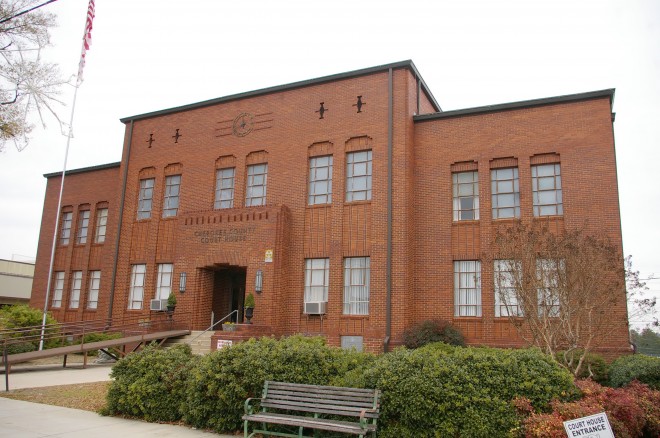 Cherokee County is named for the Cherokee Native American people. 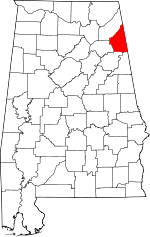 Description:  The building faces south and  is a two story red colored brick structure. The building is located on landscaped grounds in the center of Centre. The south front has a small projecting section at the recessed entrance on the first story. Above the second story windows is a clock. The east and west wings are lower. On the north side is an addition. The roof line is flat. The building houses the County Circuit Court and the County District Court of the 7th Judicial District. On the south side of the building is the one story Administration Building. 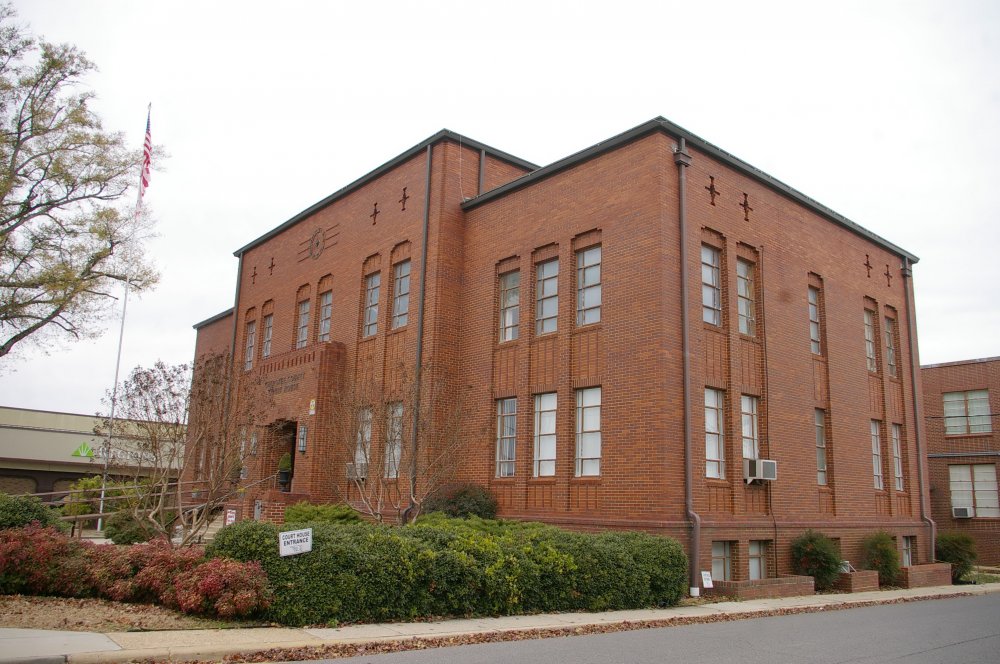 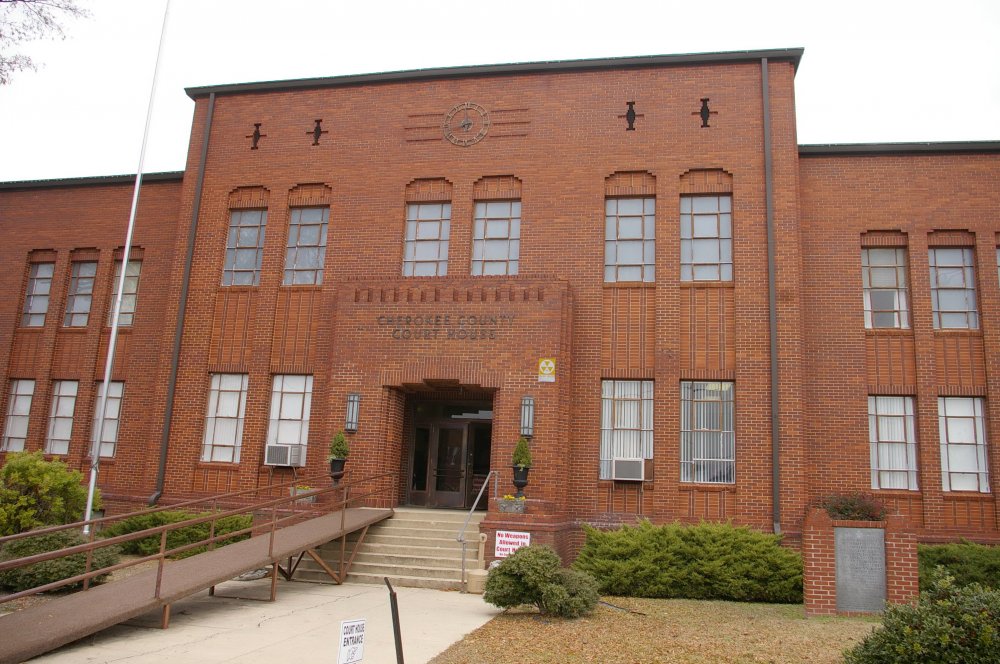 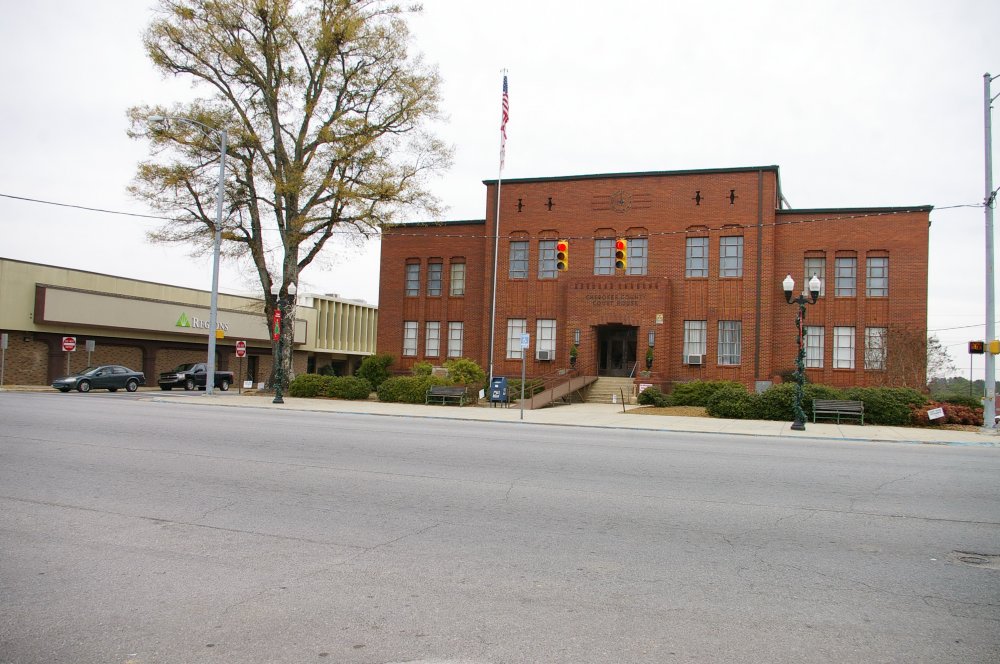 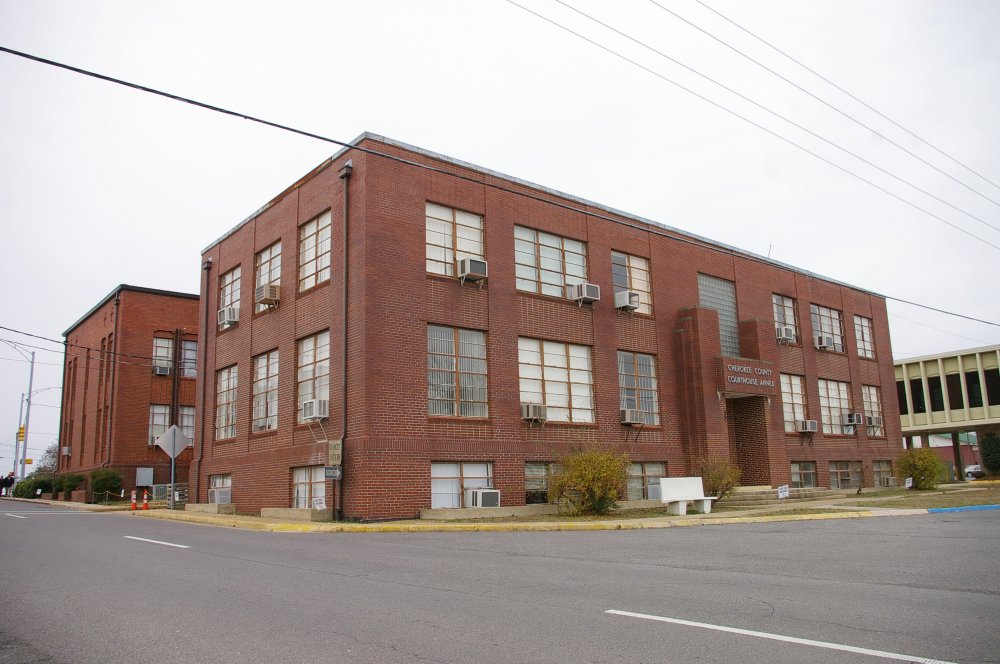 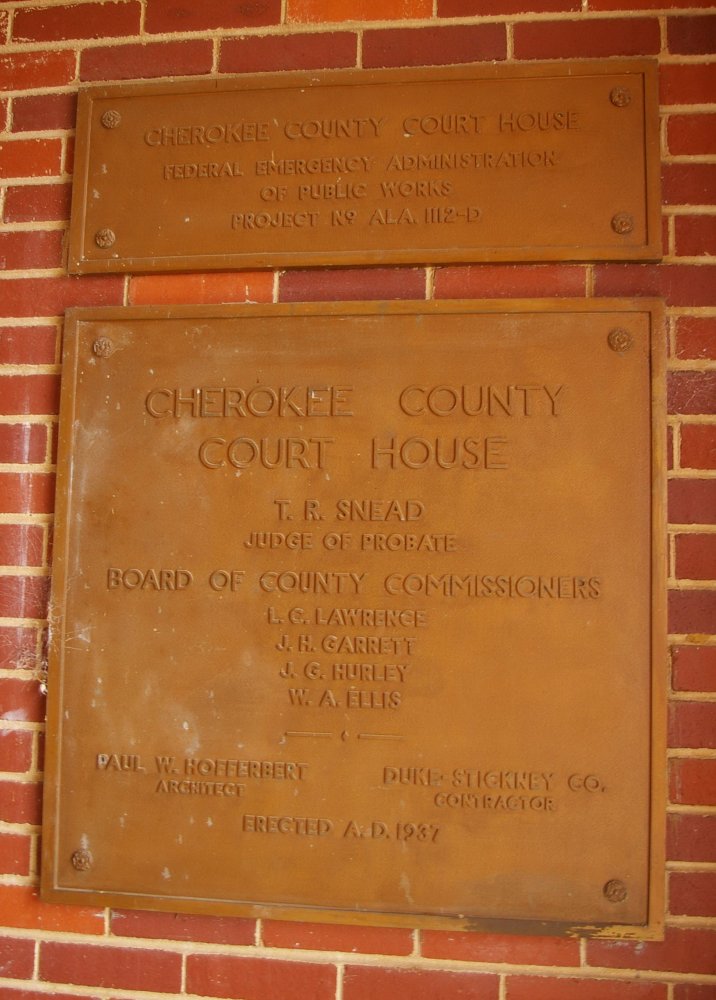 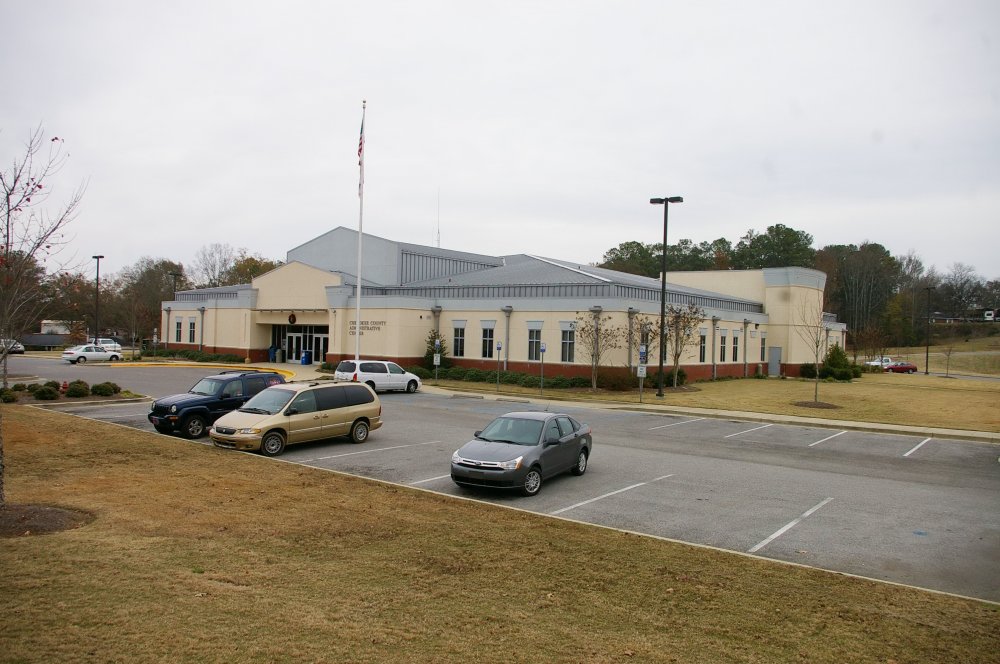 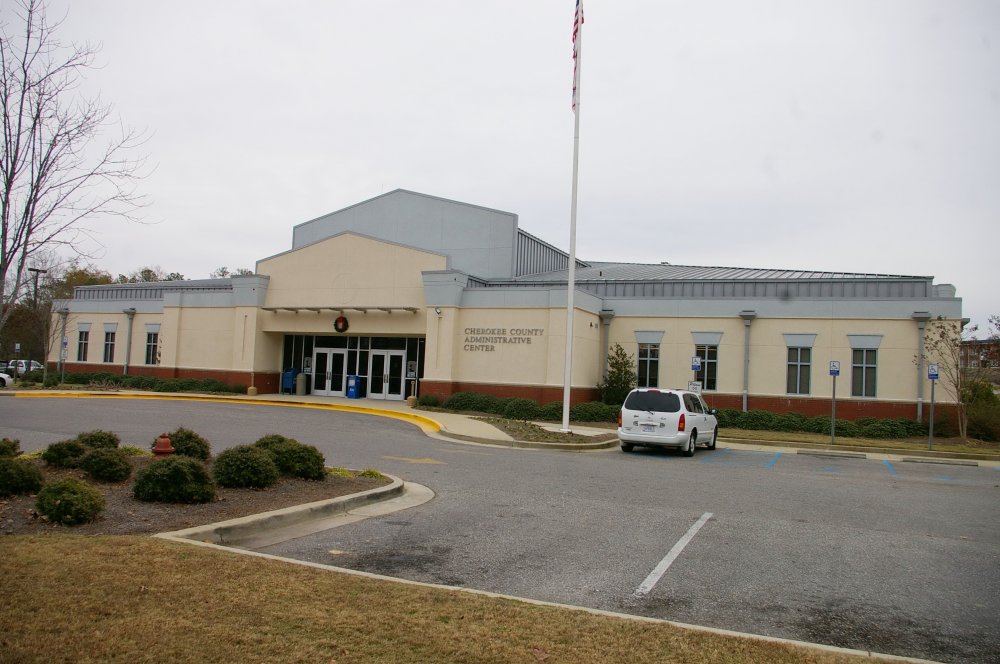