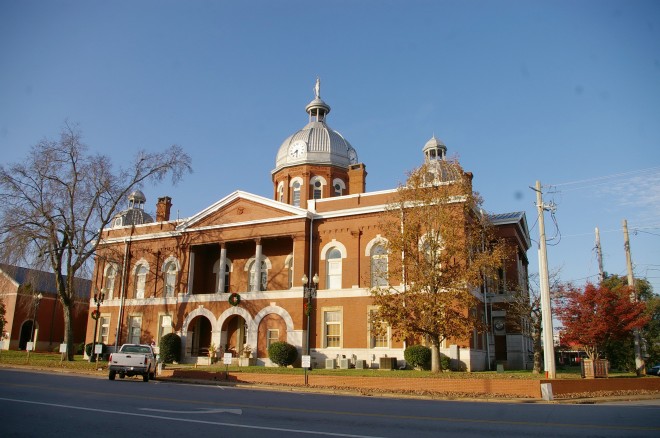 Chambers County is named for Henry H Chambers, who was a United States Senator.

Description:  The building faces east and is a two story red colored brick, stone and concrete structure. The building is located on landscaped grounds of the Courthouse Square in the center of Lafayette. The east front has a projecting center section with three arches on the first story with recessed entrance. On the second story is a porch with four columns and pediment above. The second story windows are arched. On each corner is a dome with cupola at the top. On the center of the roof is an octagonal brick dome with cupola and Statue of Justice at the top. The clock is the original clock from the 1836 courthouse. The courtroom is located on the second story. The building houses the County Circuit Court of the 5th Judicial Circuit and the County District Court and County Probate Court. The building was expended on the south side with a modern addition in 2002 to 2003. The architect was Turner Batson and the contractor was Brice Building Company Inc. of Birmingham.

History:  The county was created in 1832 and Lafayette was selected as the county seat.  The first courthouse was a two story structure built in Lafayette in 1836. The second and present courthouse was constructed in 1899 to 1900. 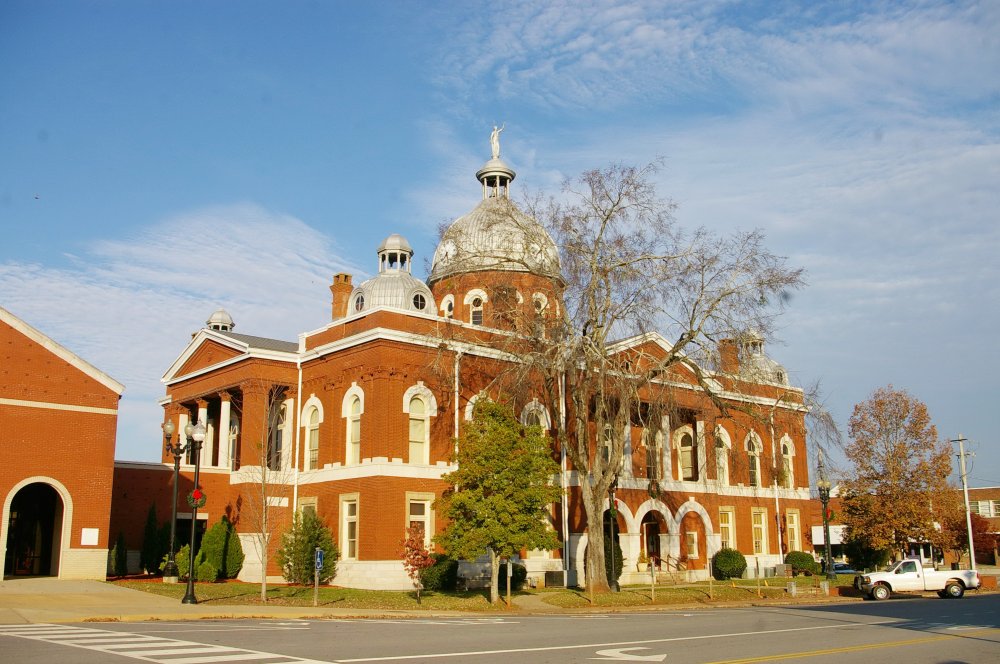 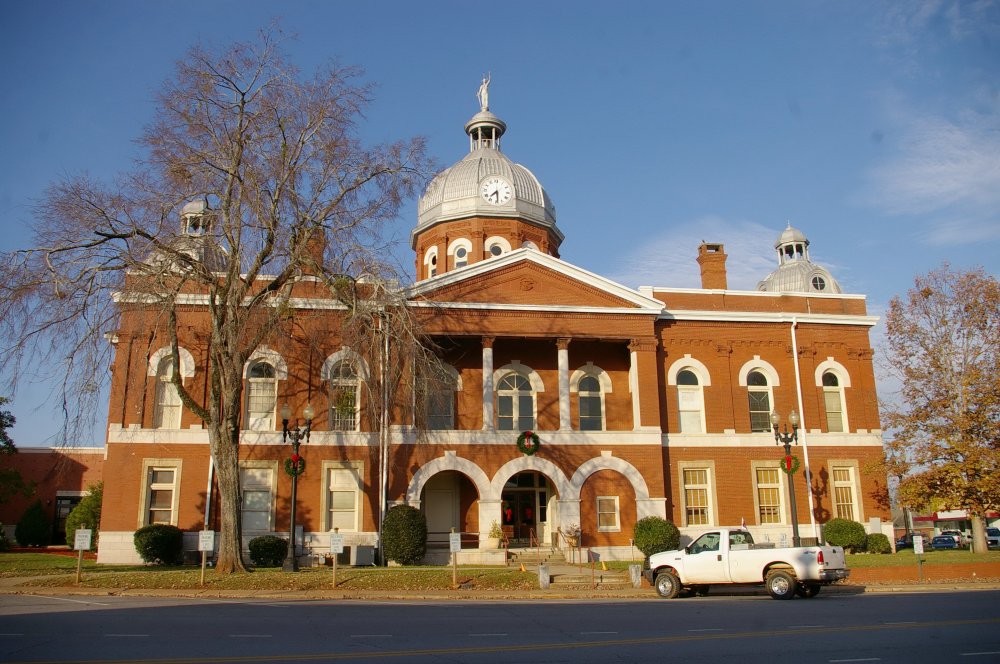 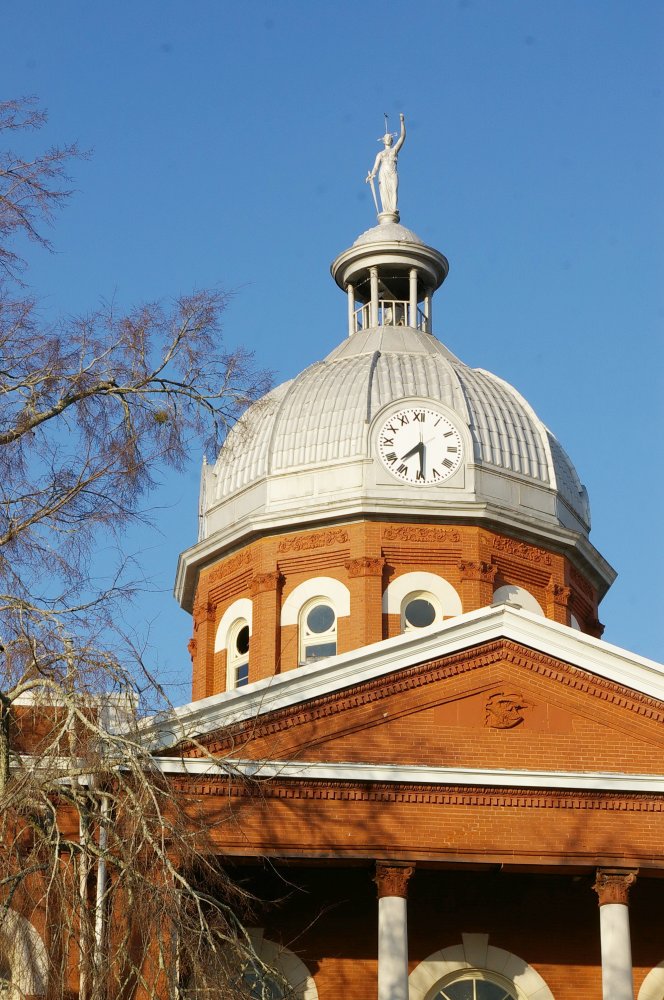 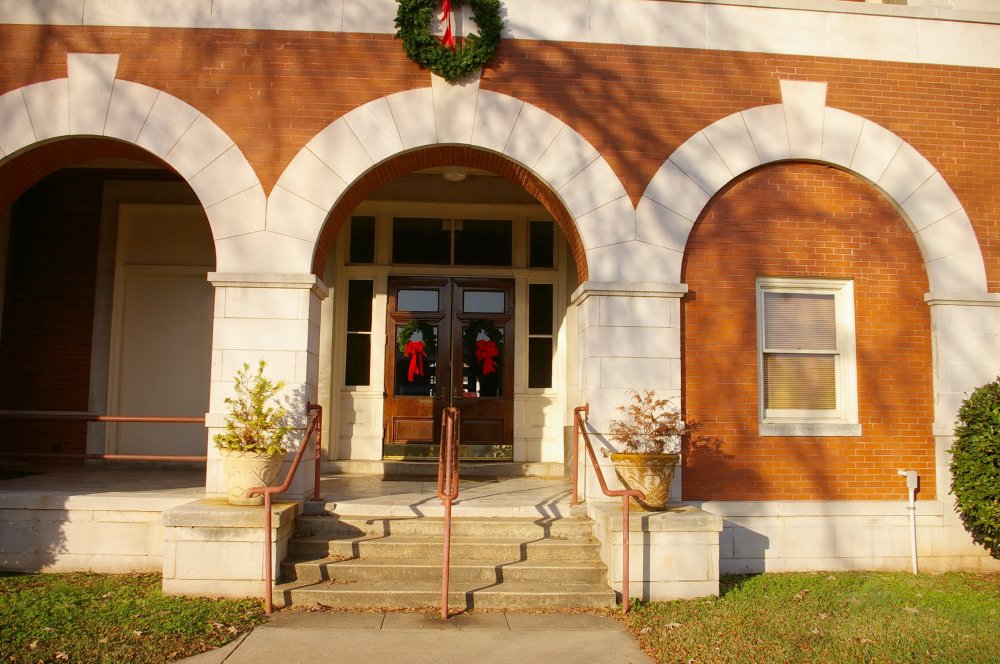 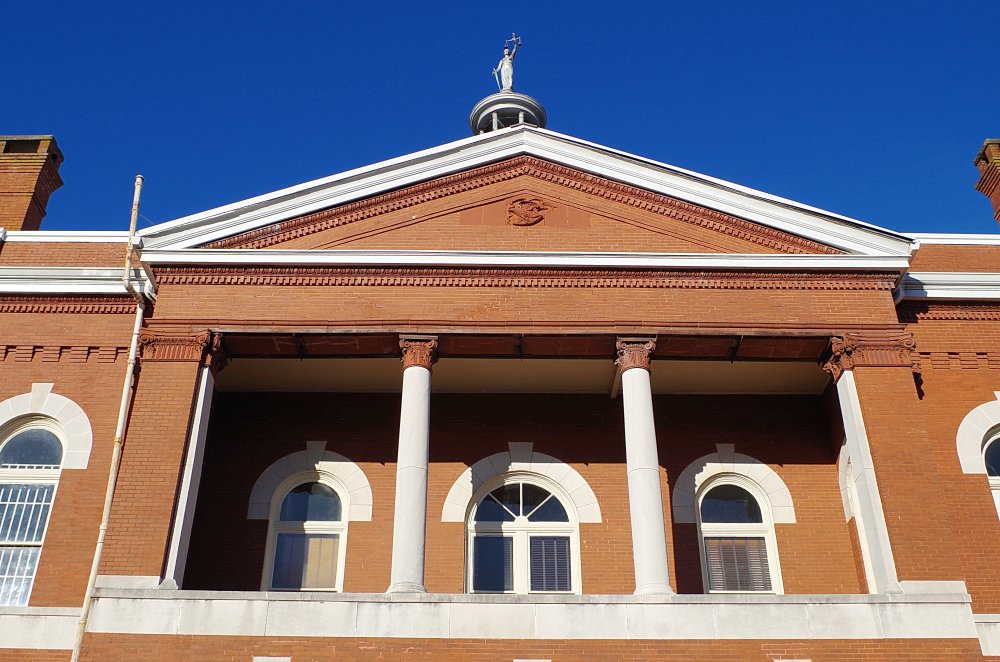 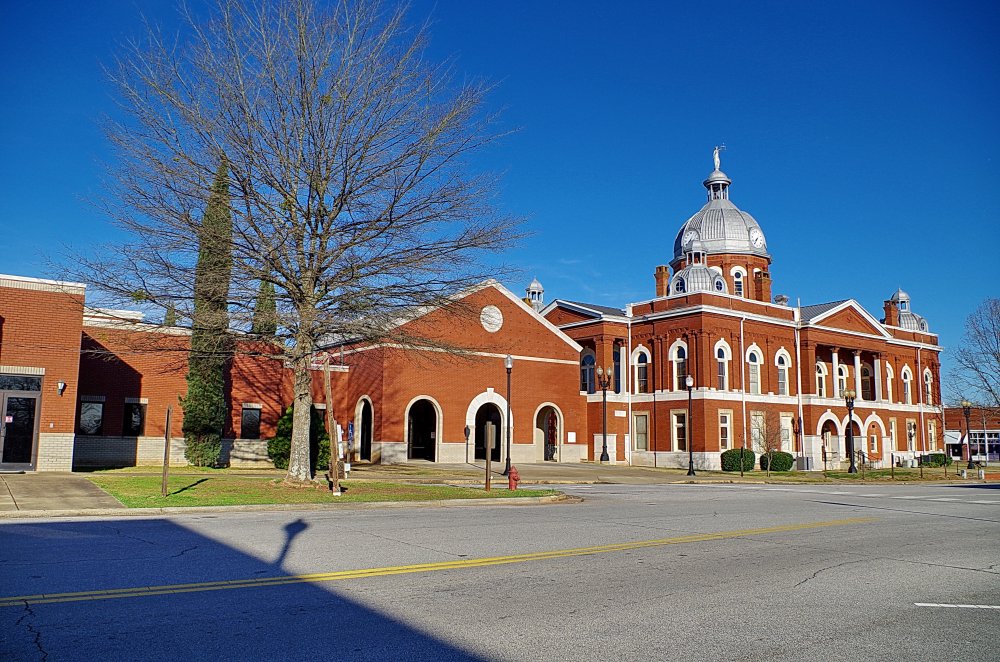 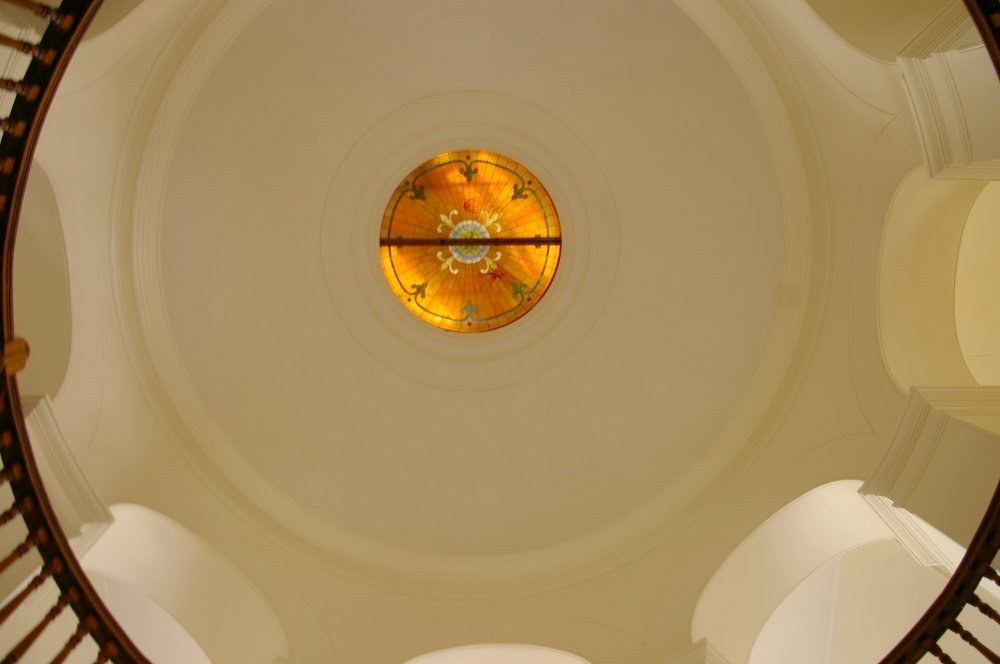 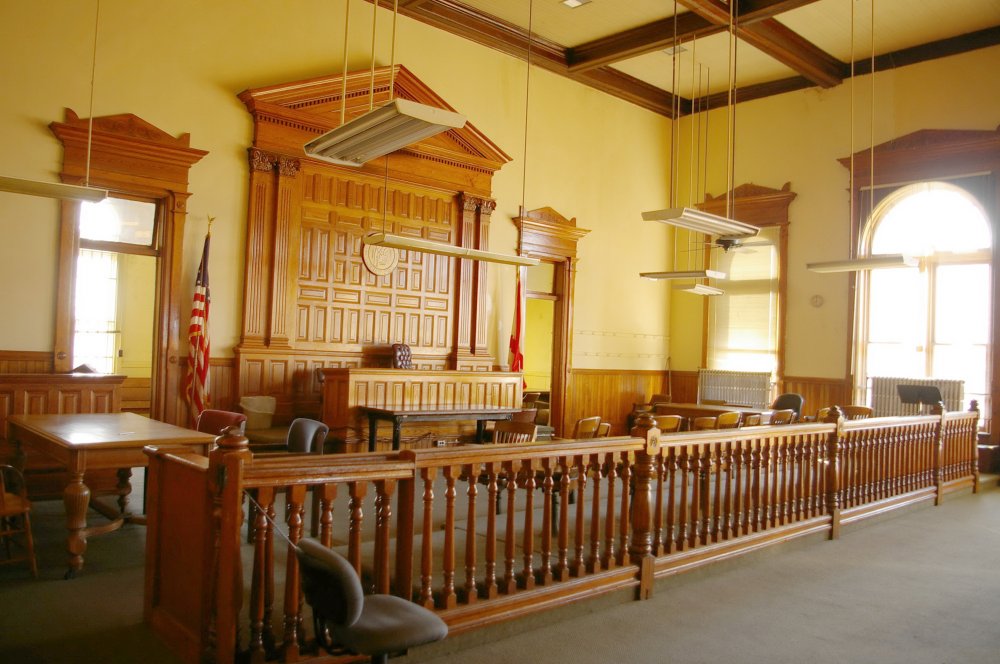 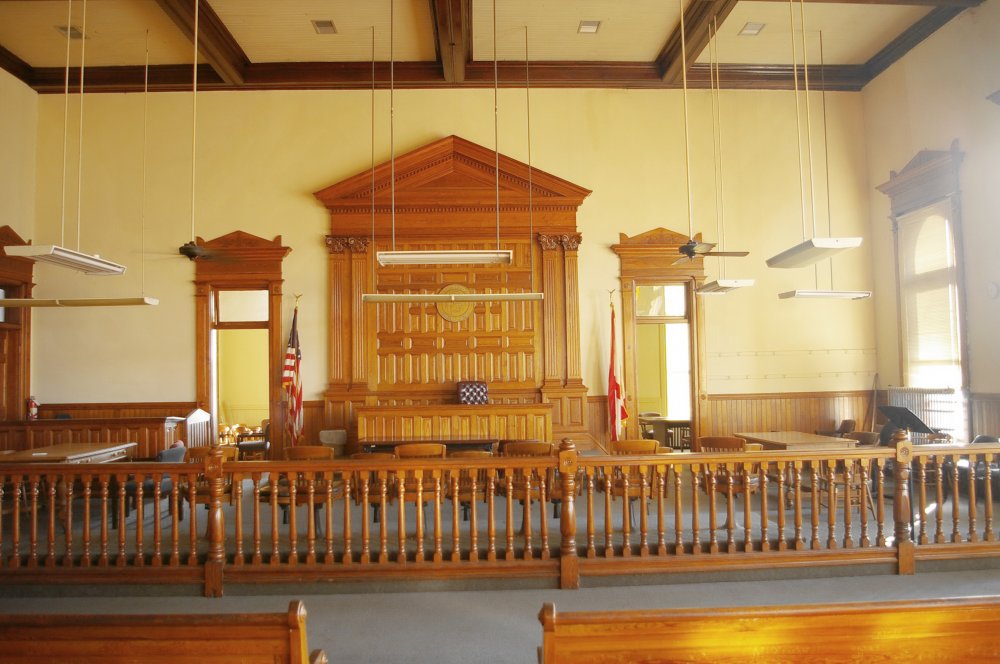 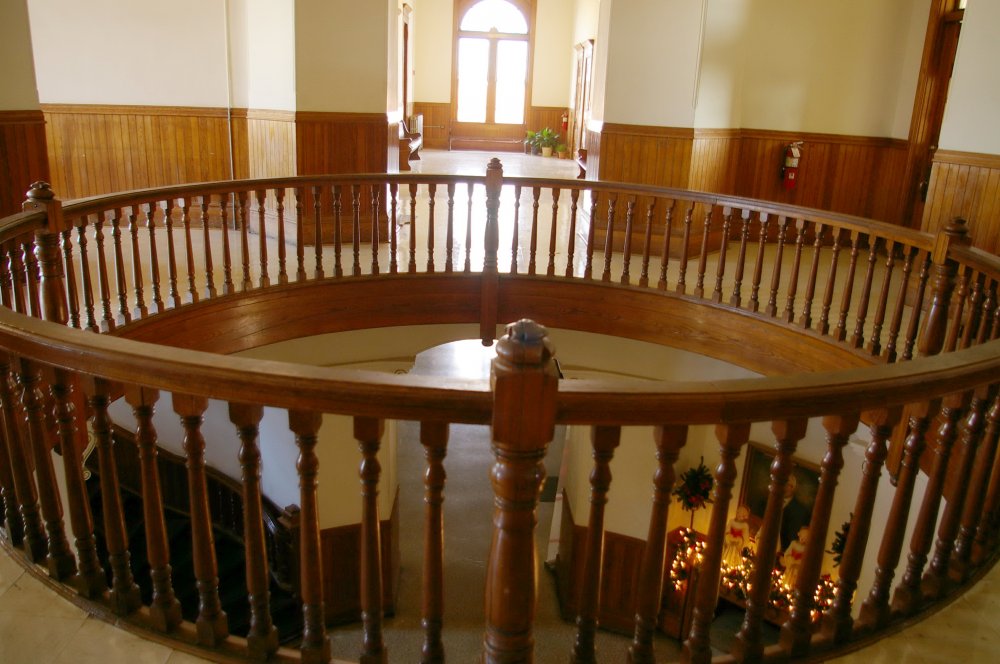 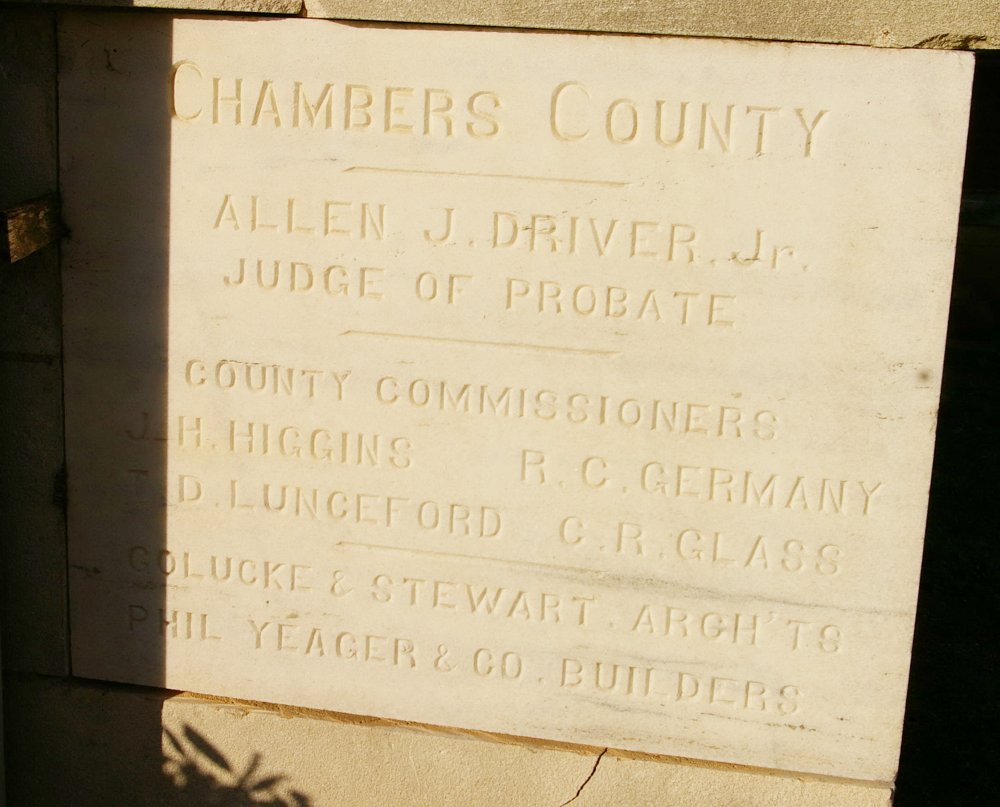 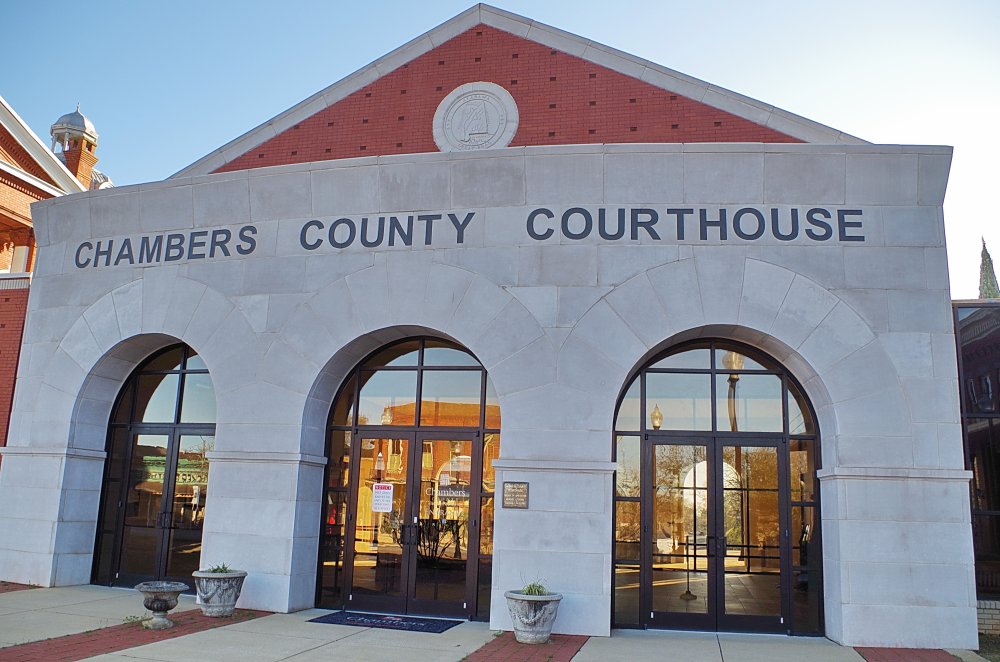 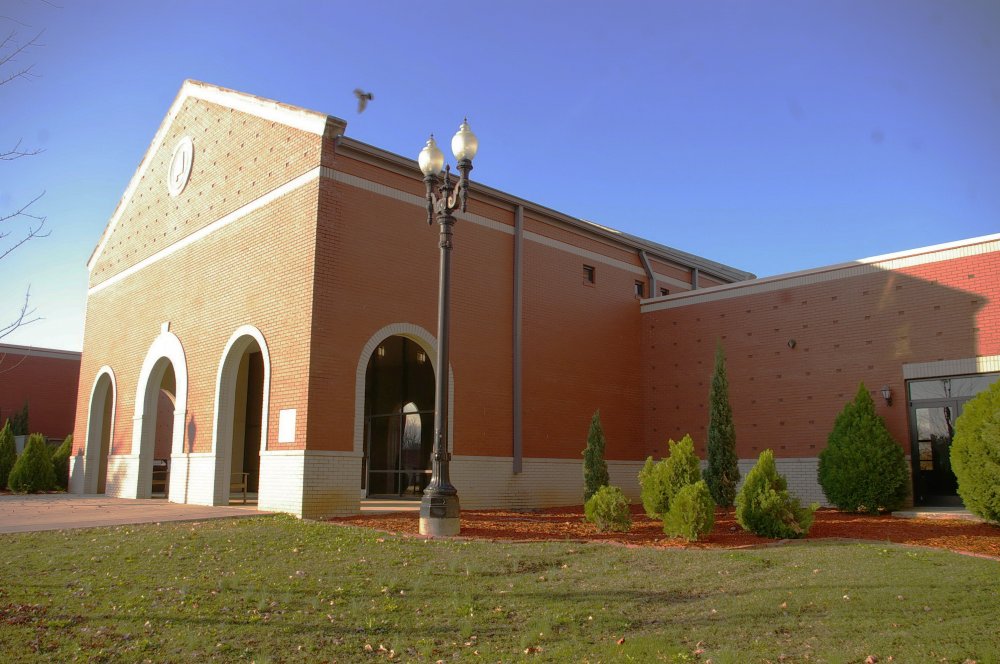 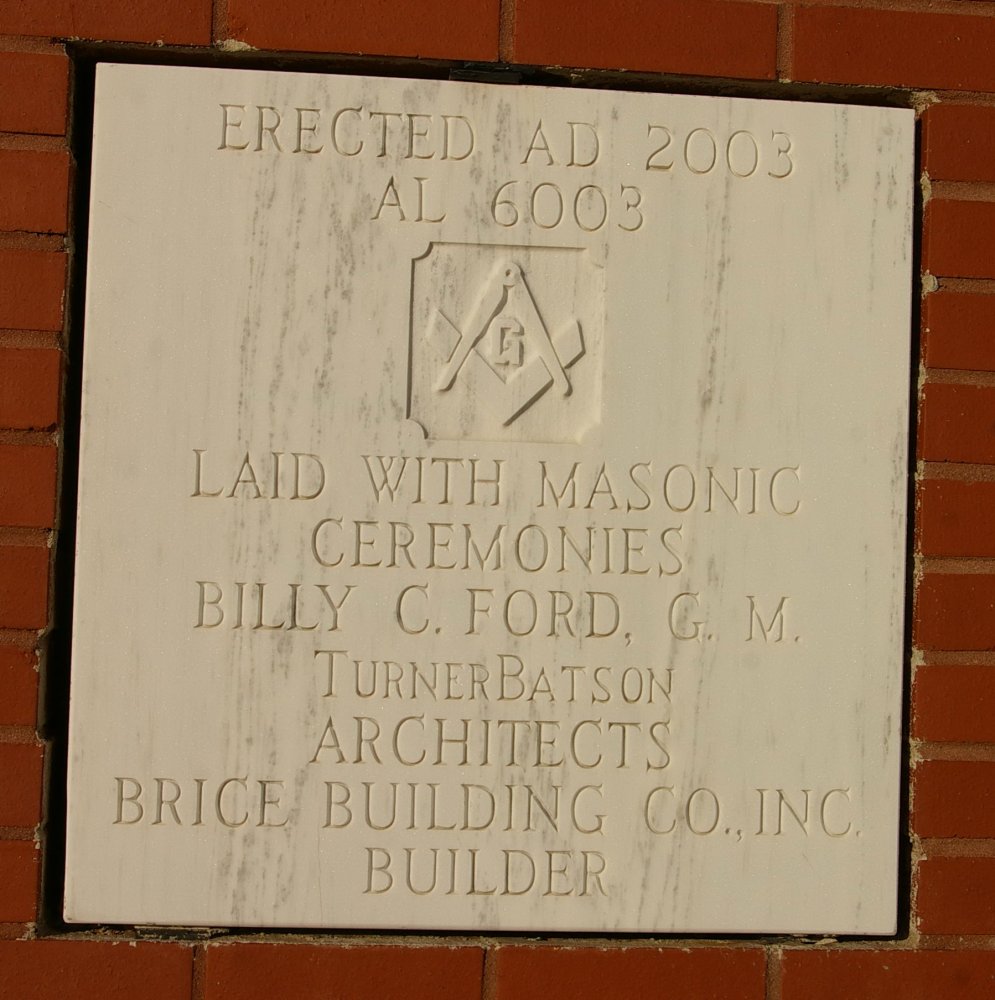 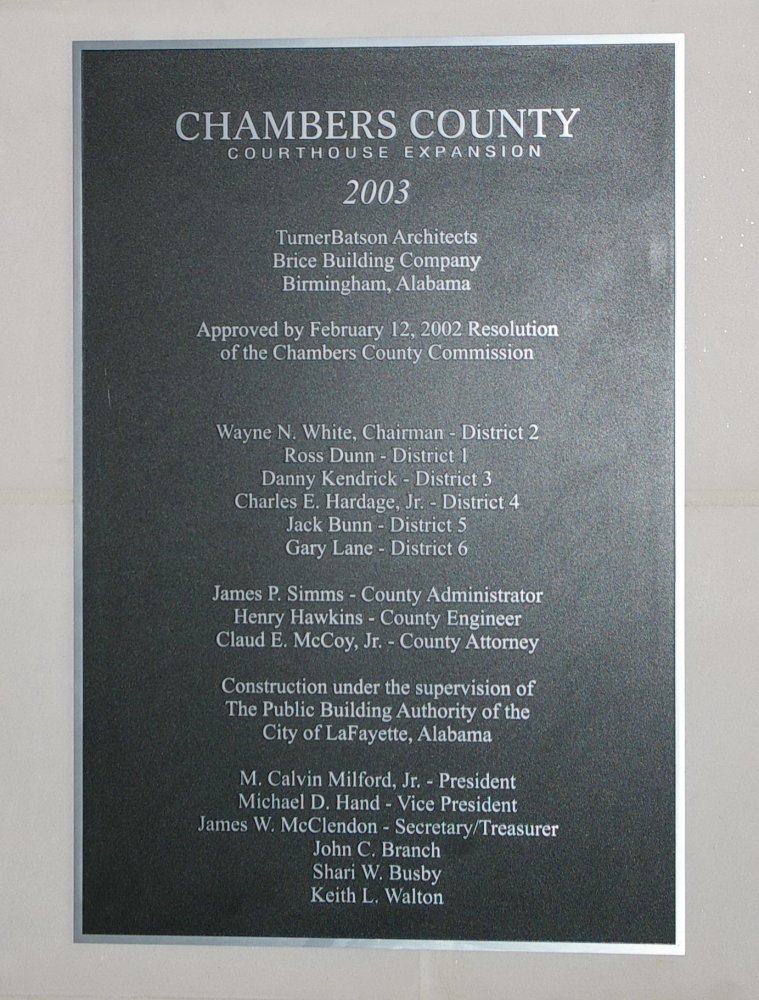