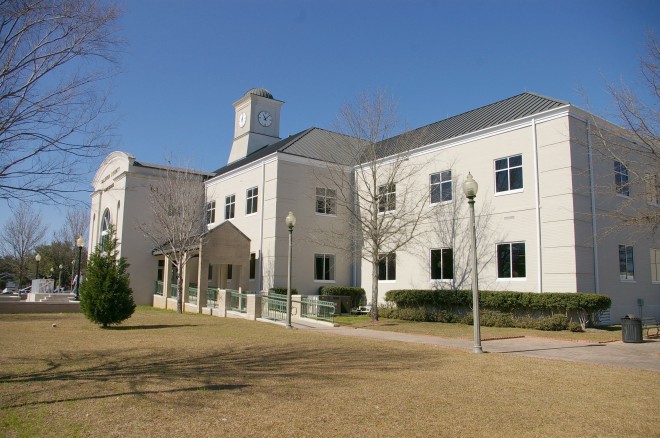 Baldwin County is named for Abraham Baldwin, who was a United States Senator from Georgia.

Description:  The building faces south and is a two story cream colored stucco and concrete structure. The building is located on landscaped grounds in the center of Bay Minette. The south front has a projecting center section with arched roof. The main building is tired. On the roof is a square clock tower with rounded dome. The building houses the County Circuit Court and the County District Court of the 28th Judicial District. There have been many alternations to the original building. The building was renovated in 1955. The architect was Martin J Lide and the contractor was C W Hallmark & Sons. The major renovation was made in 1996. The architect was Gatlin Hudson Architects of Daphne and the contractor was Stuart Construction of Bay Minette, and the building was renovated in 2006 by the same architect and contractor.

Note:  The lowest point in Alabama is the Gulf of Mexico at sea level which is located in the county. 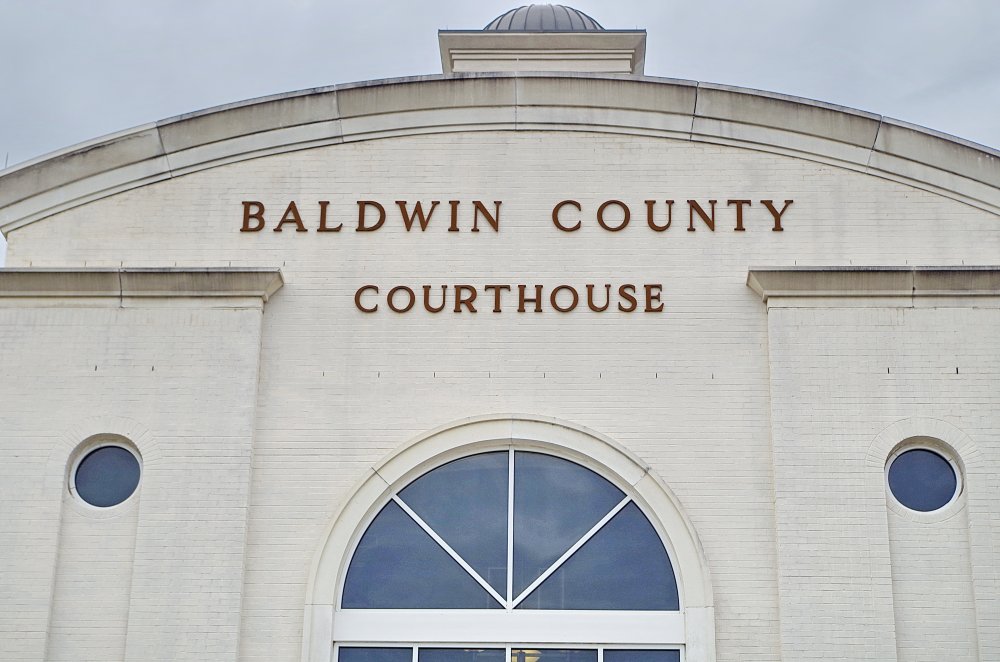 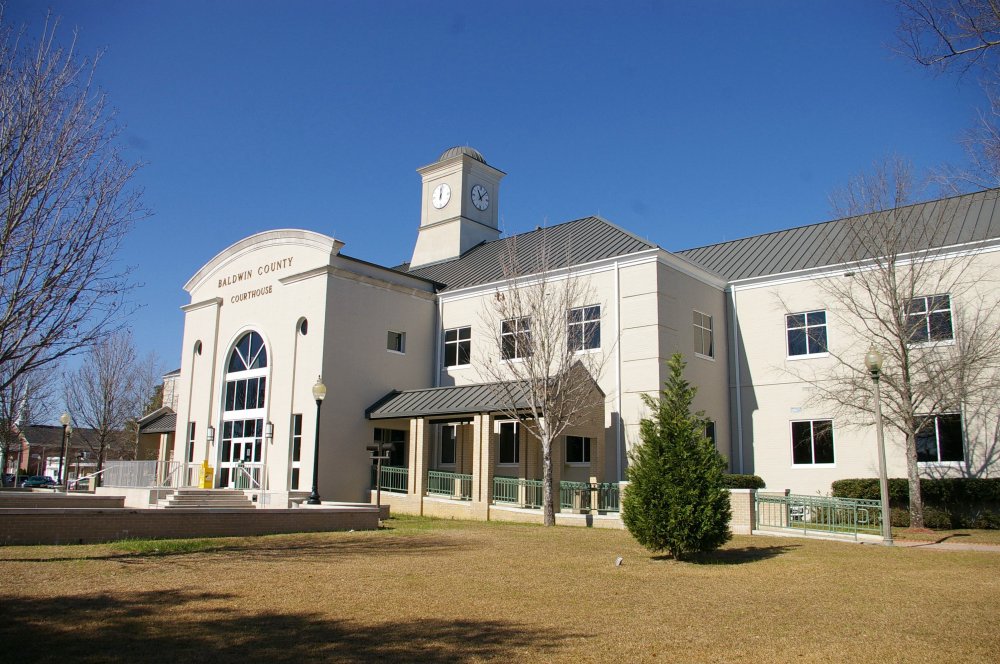 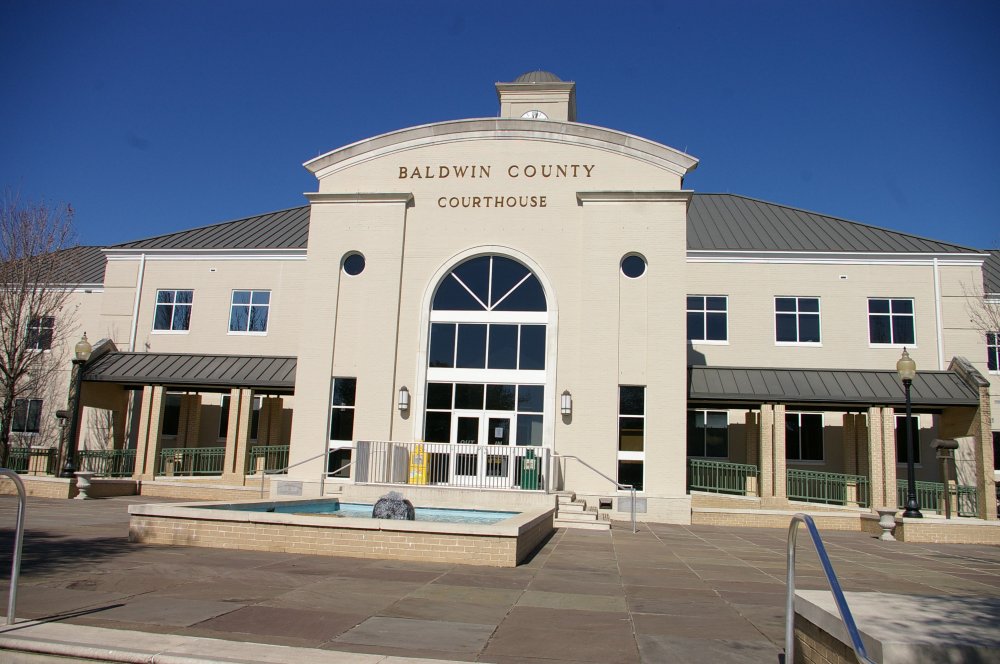 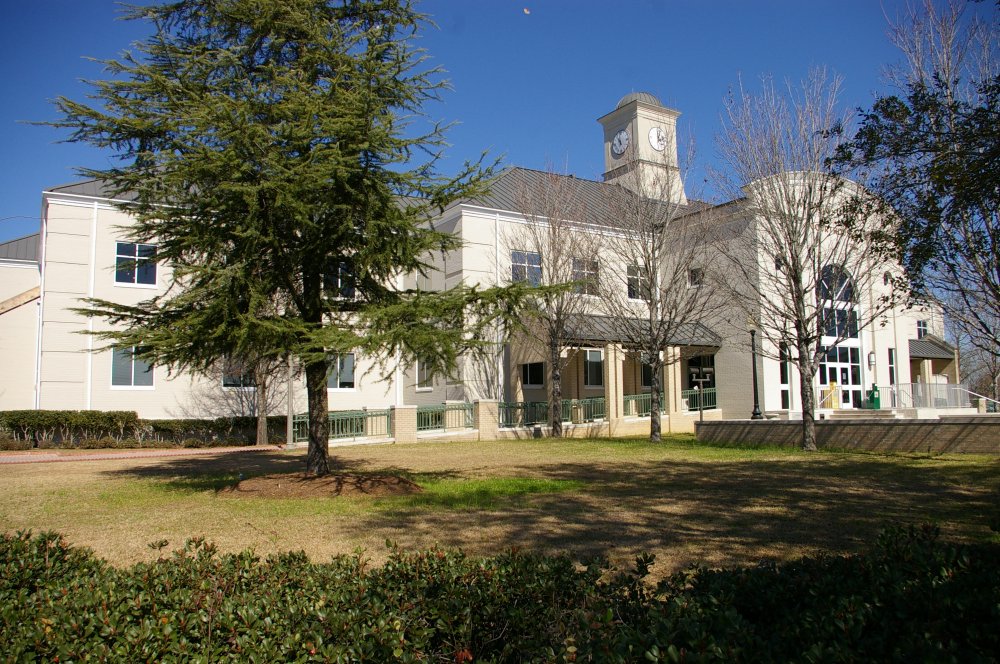 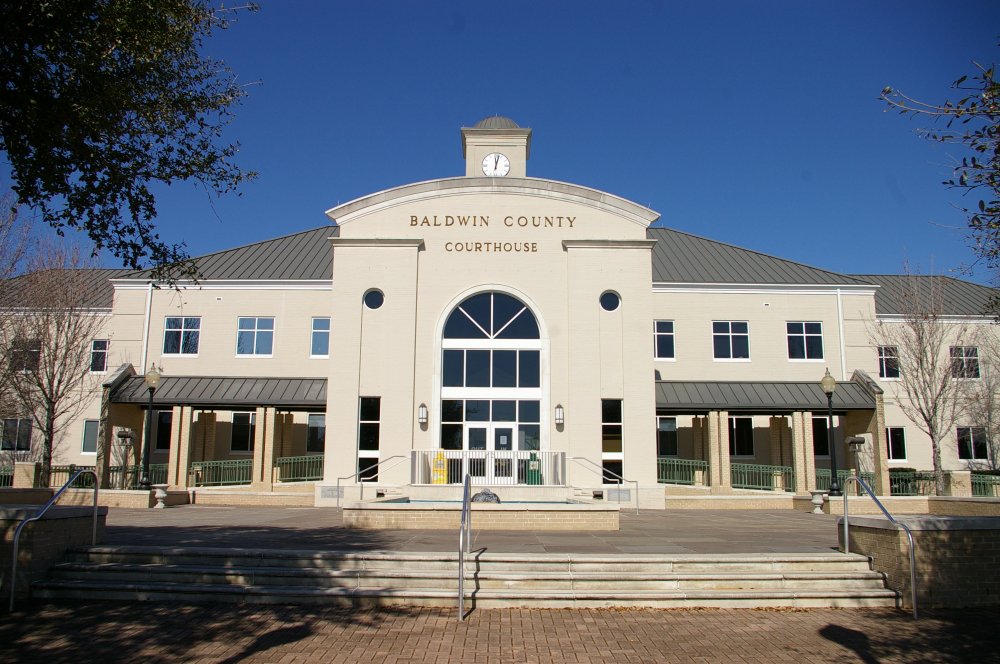 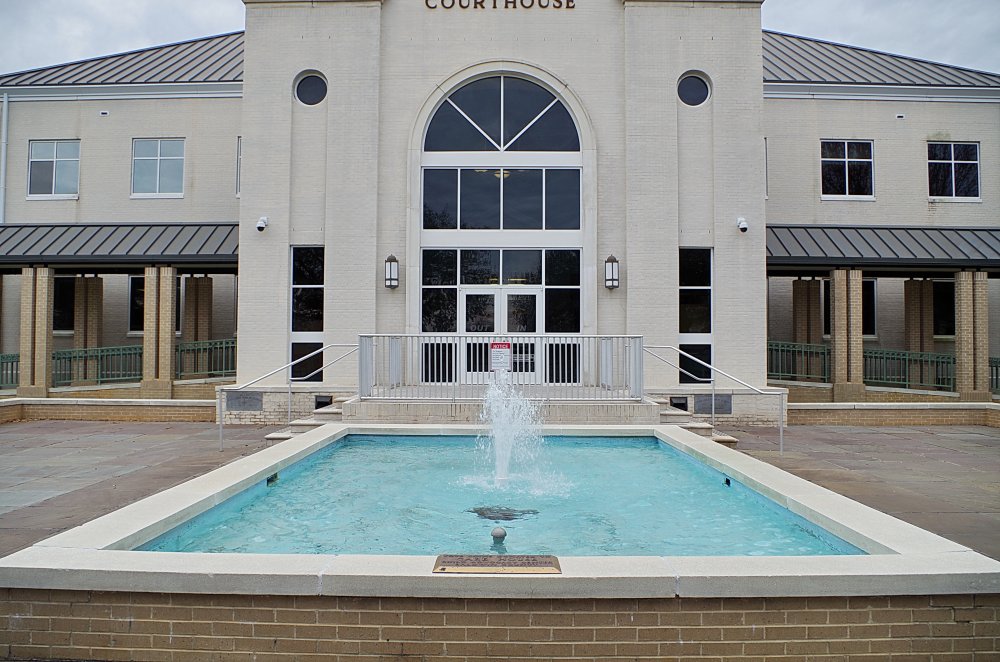 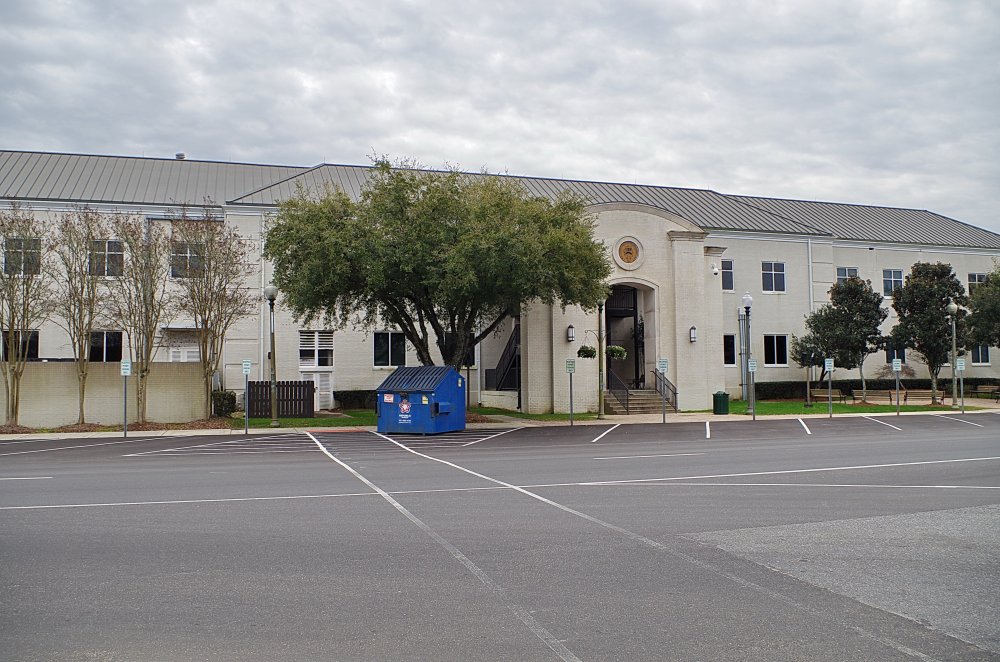 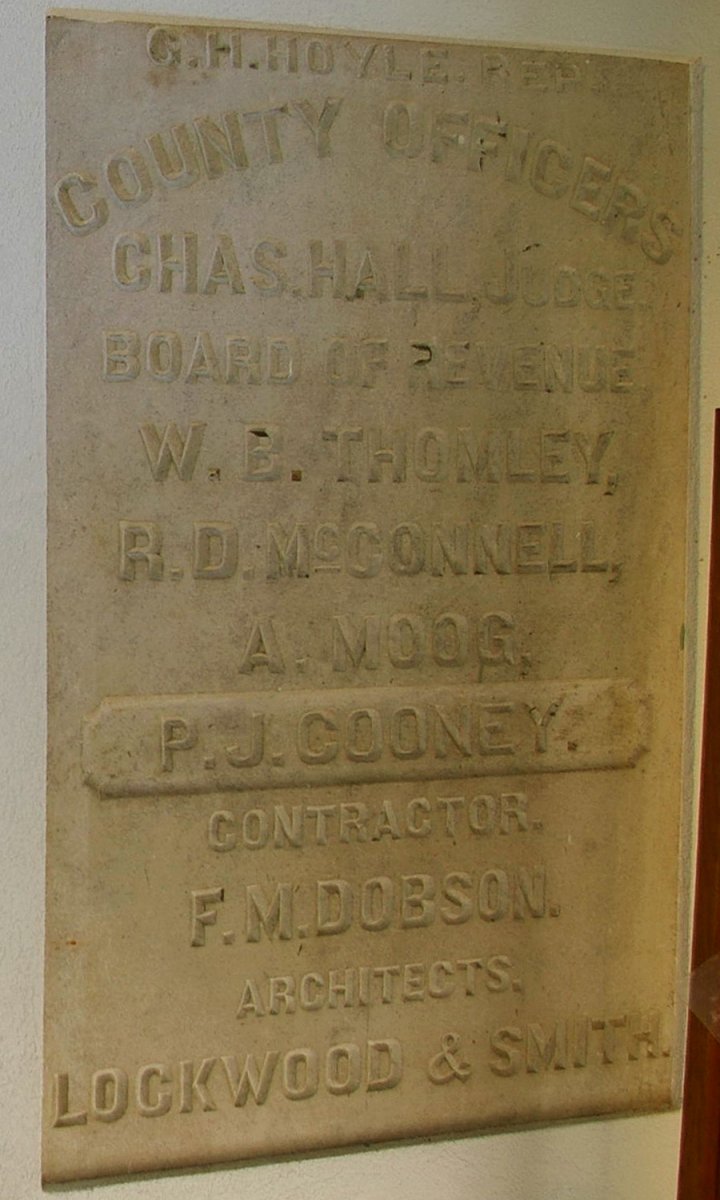 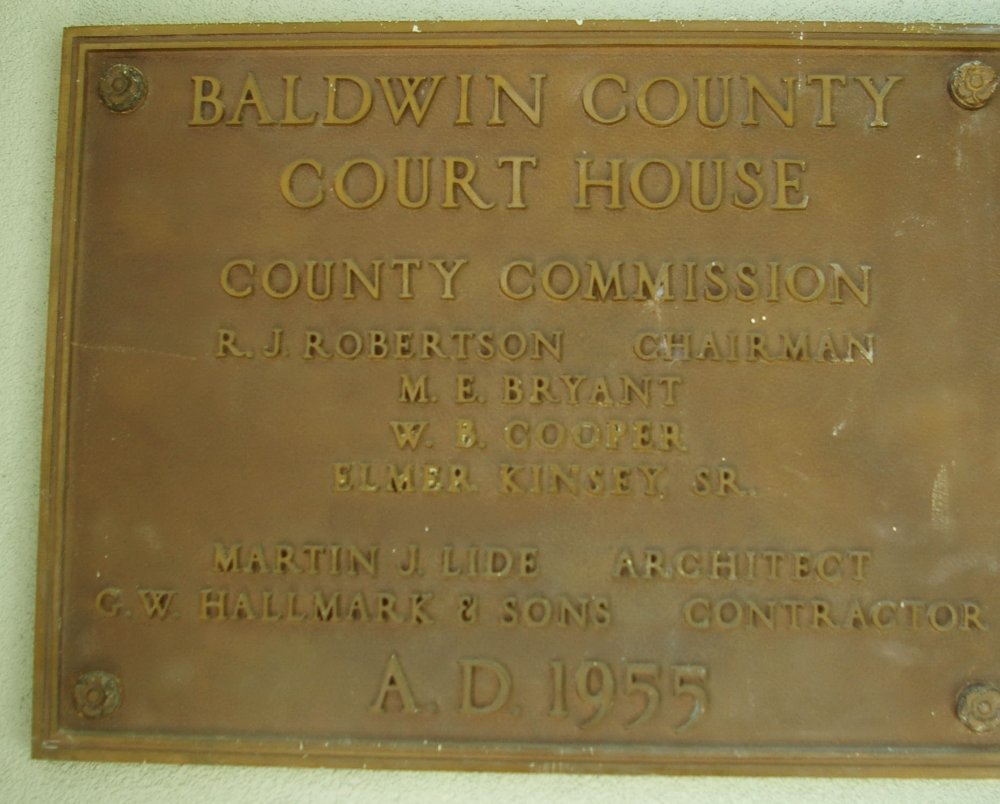 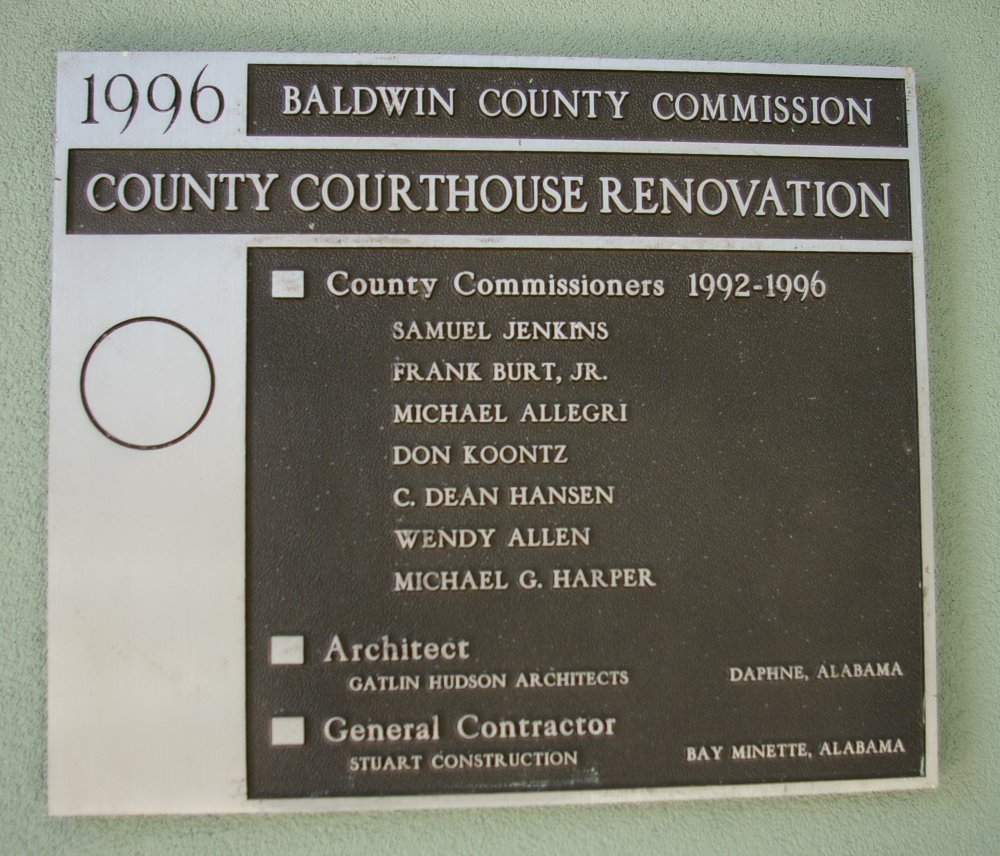 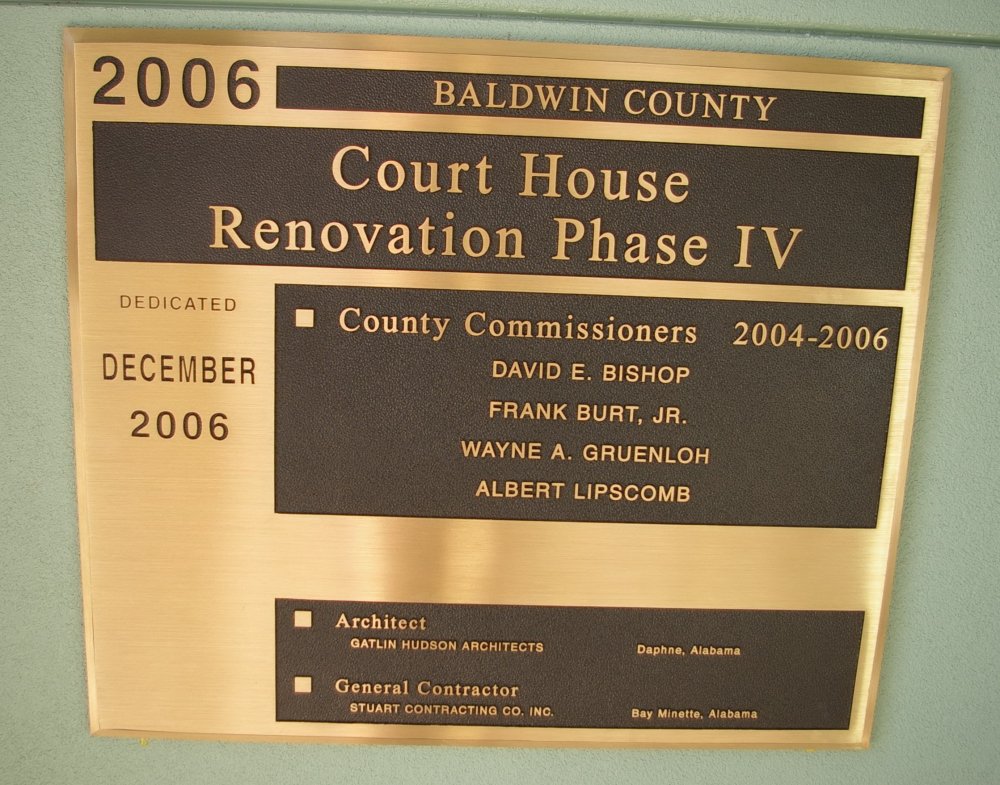 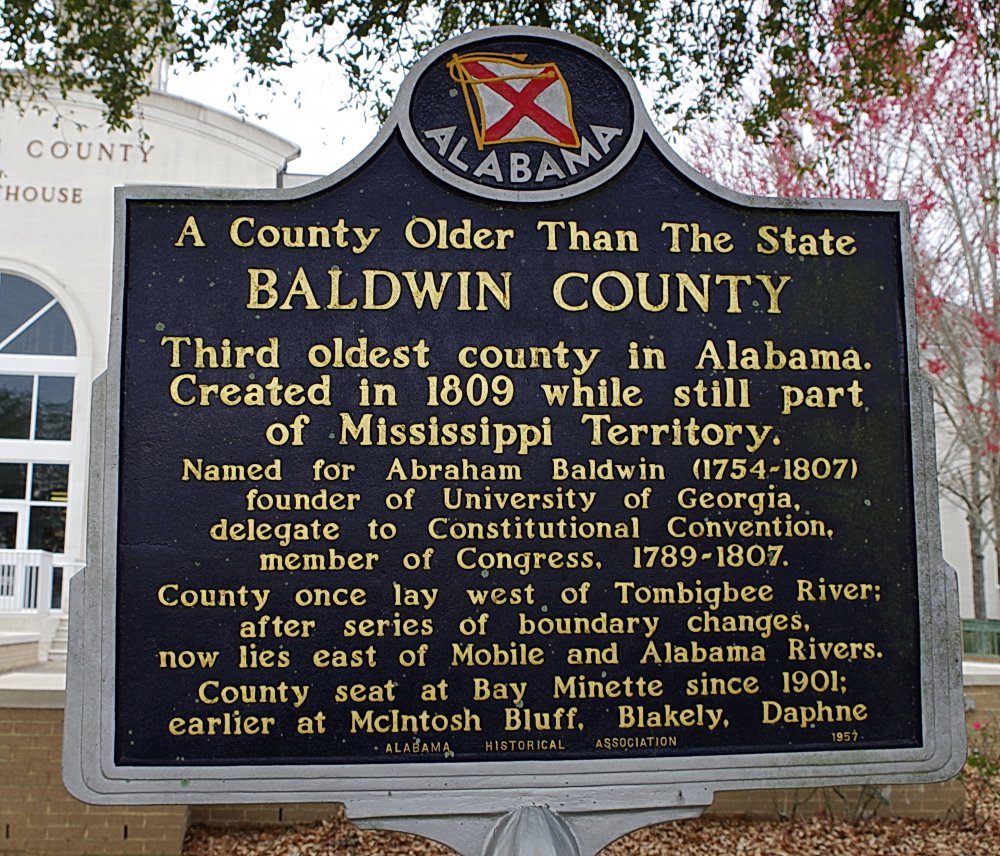