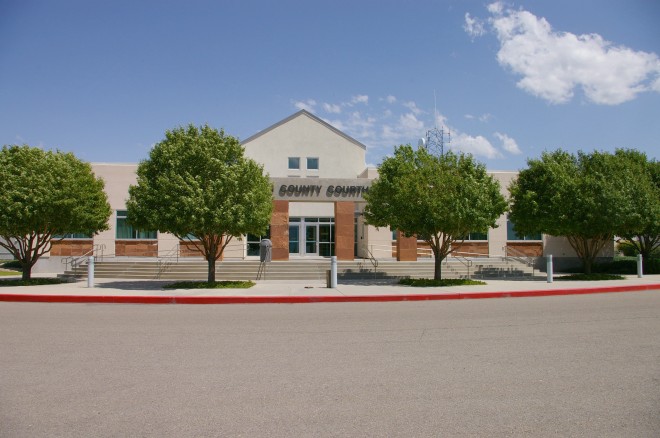 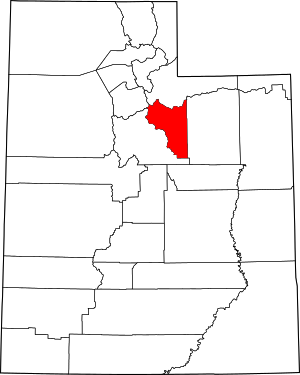 Description:  The building faces west and is a one story yellow colored stone structure. The building is located on landscaped grounds to the south of the center of the city. The west front has a projecting wall with square openings. Behind the wall the building rises to a peak above the central entrance. 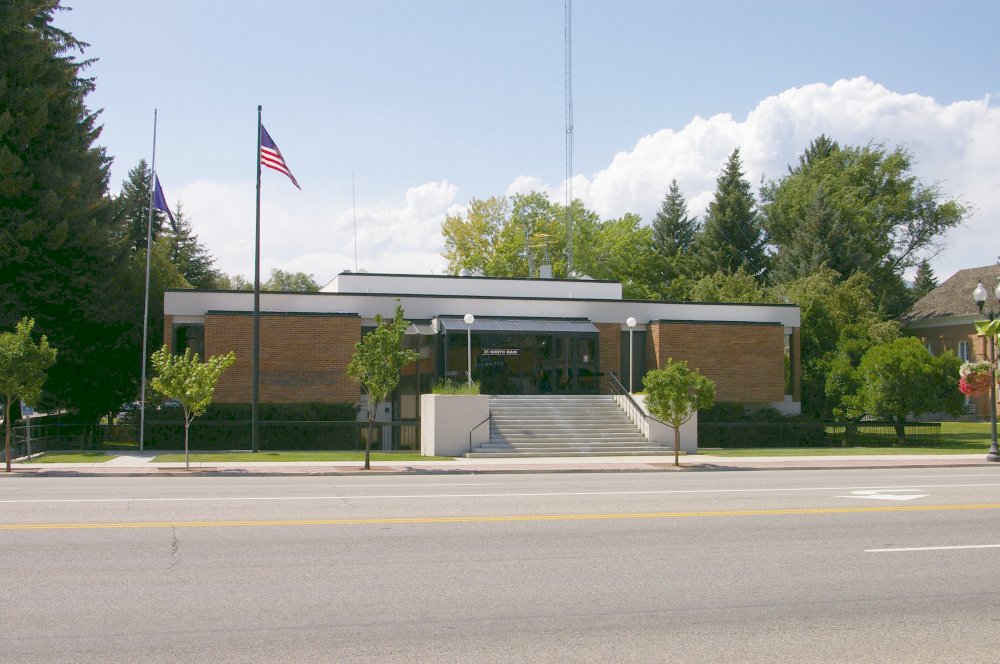 Description:  The building faces east and is a one story red colored brick, concrete and glass structure. The building is located on landscaped grounds in the center of the city. The east front has wide steps leading up to the recessed glass entrance.  White colored horizontal bands run below the flat roof line. The building served as the courthouse until the new courthouse was constructed. 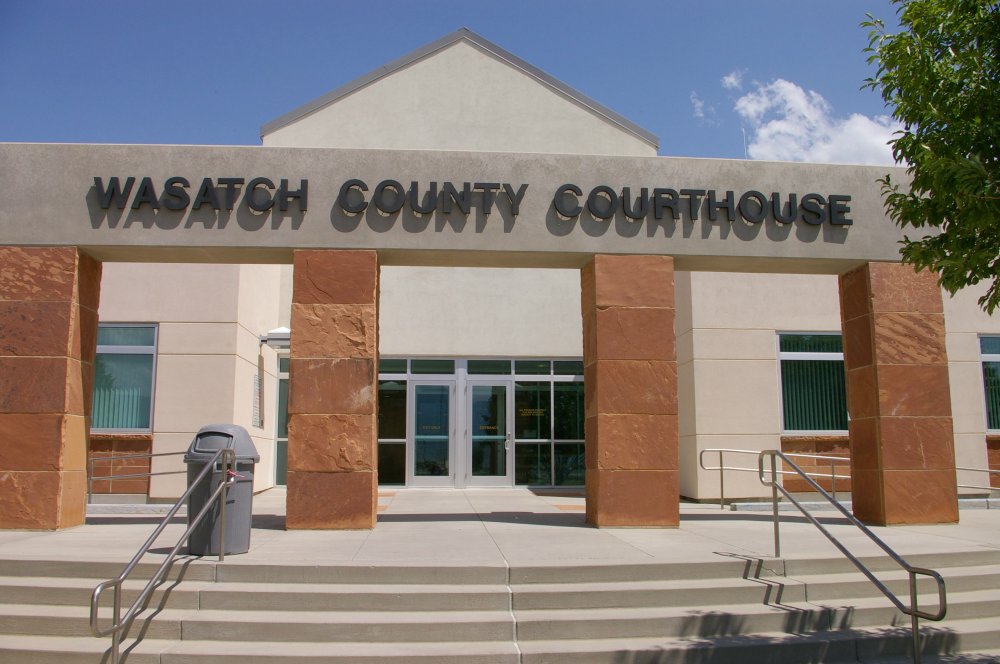 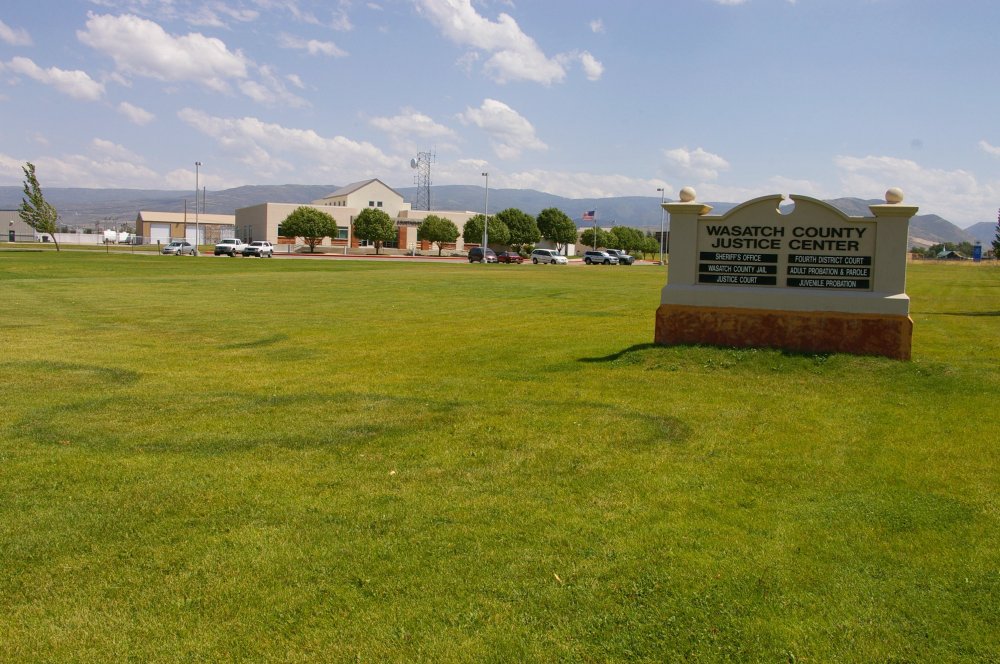 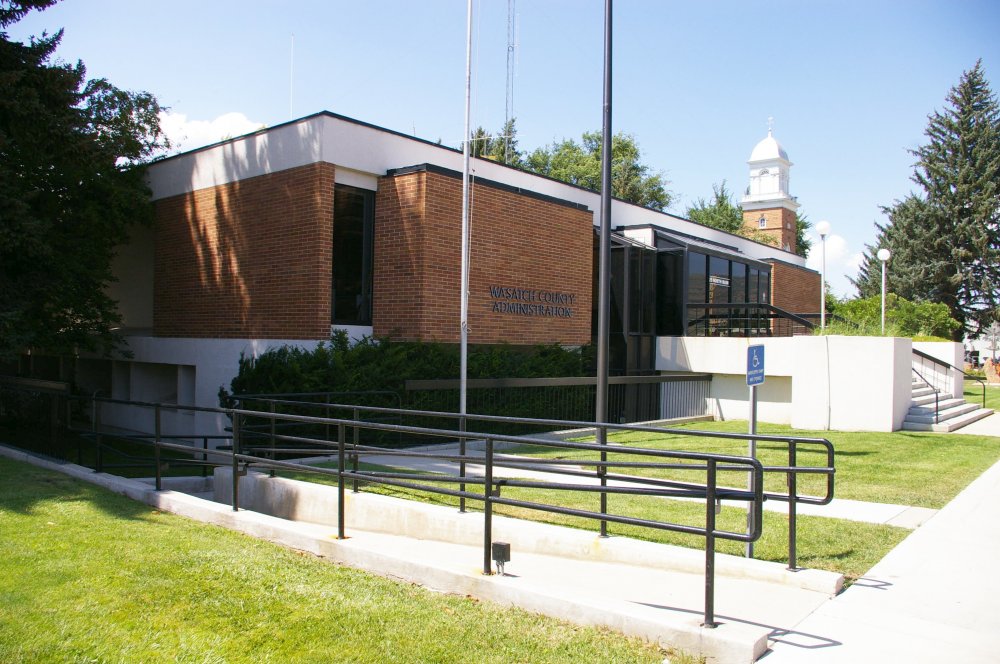 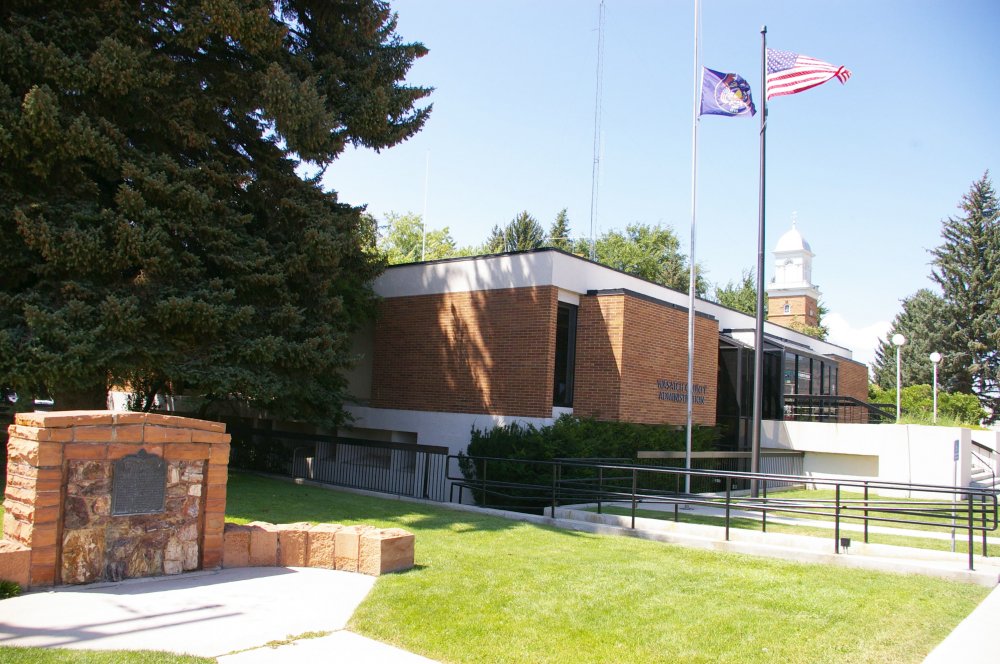