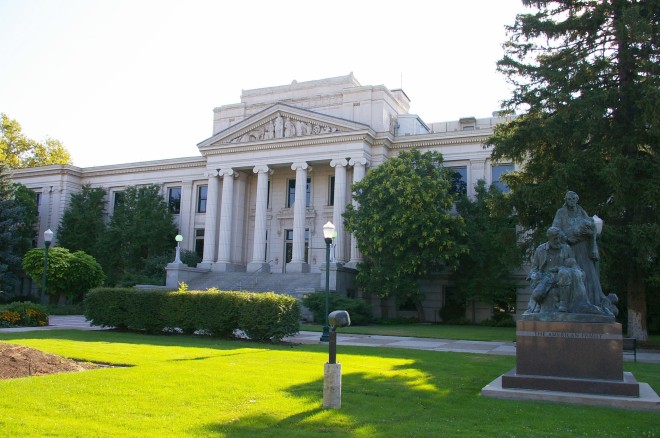 Utah County is named for the Ute Native American tribe called by the Spanish name of “Yute”.

Description:  The building faces west and is a two story oolite limestone structure. The west front has a large portico supported by six white columns rising to a wide pediment with frieze at the roof line. Above the pediment is a large square section rising above the roof line. The roof line is flat with a projecting cornice. The interior has a skylight and marble hallways. The building is surrounded by spacious grounds. 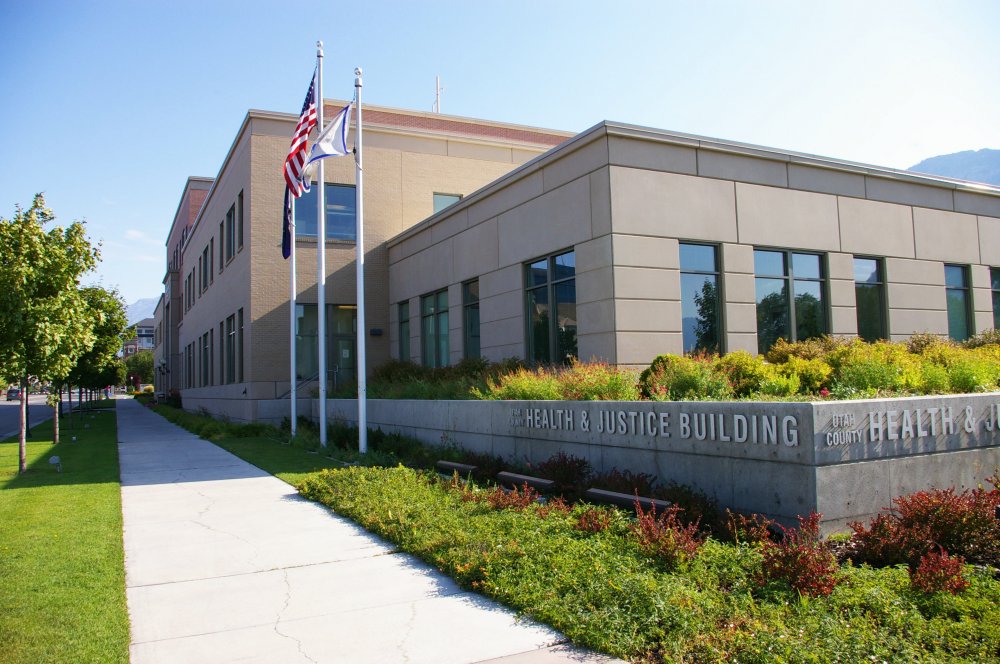 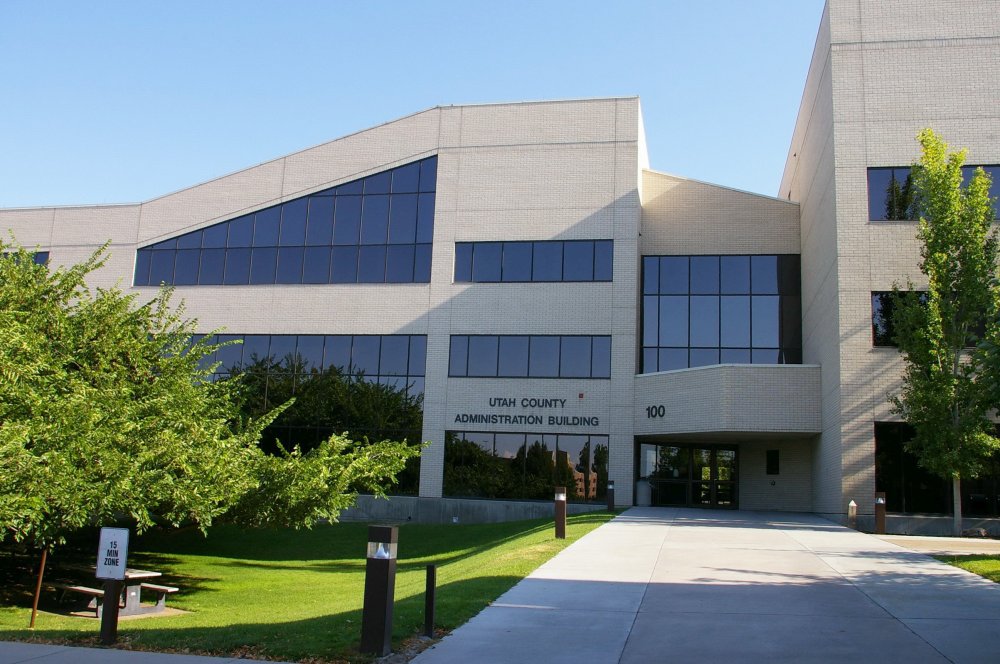 Description:  The building faces north and is a four story white colored concrete and glass structure. The building has a flat roof line. 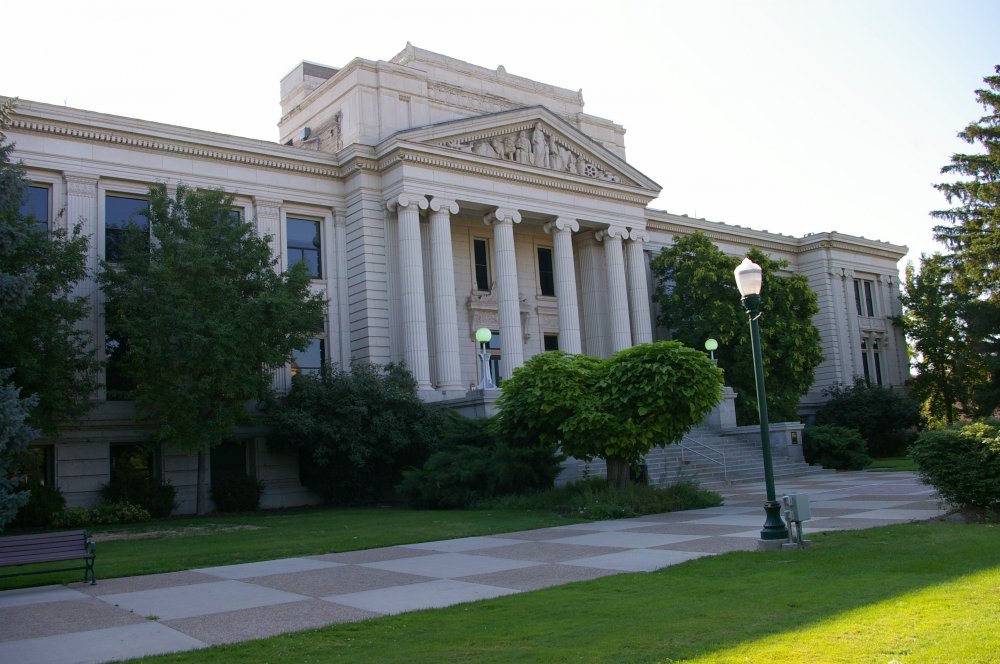 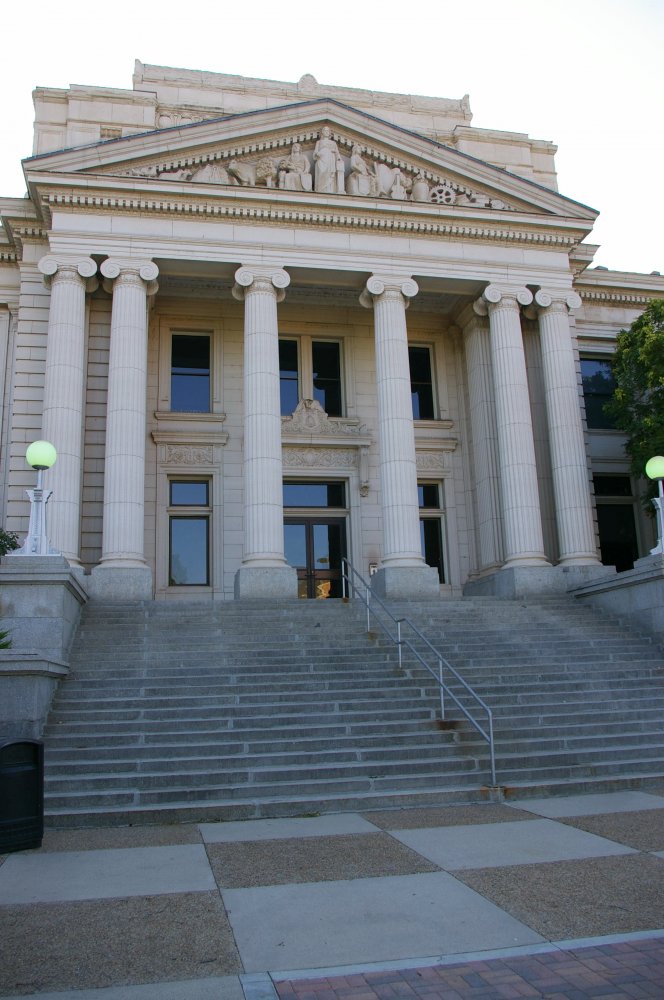 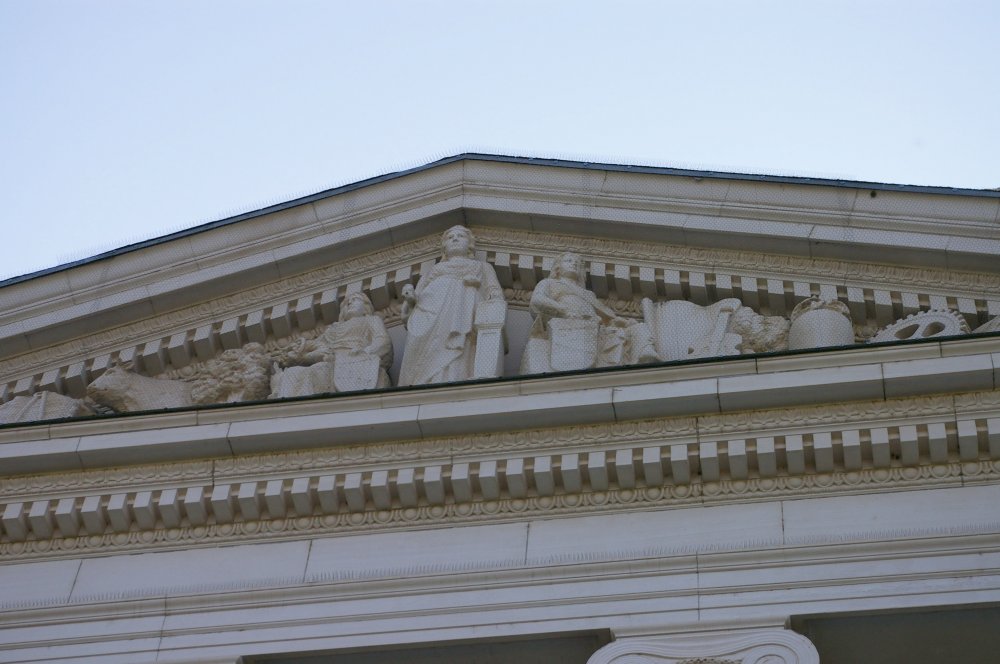 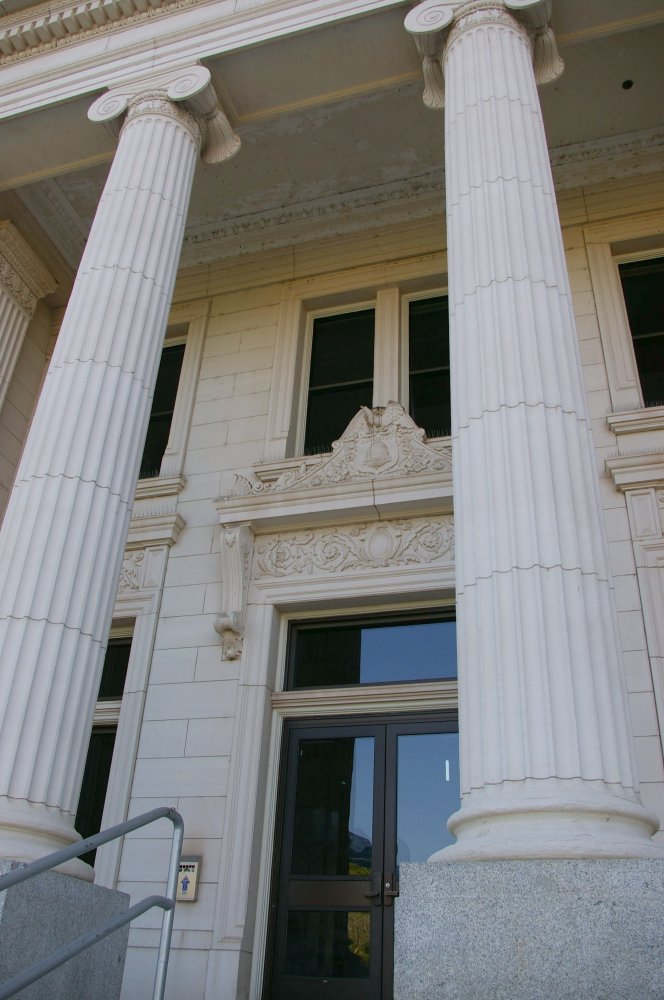 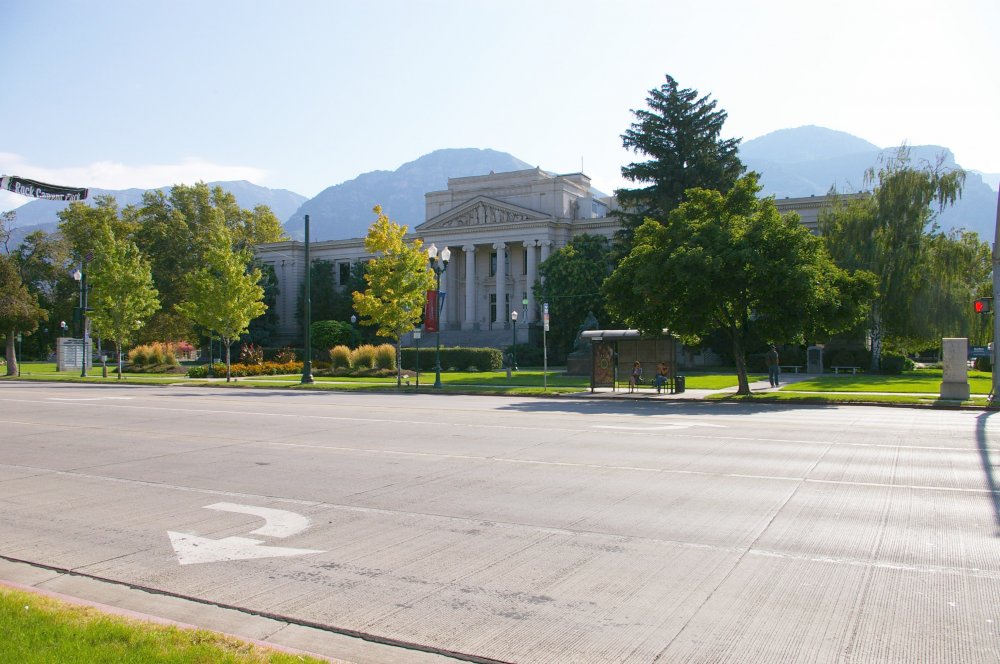