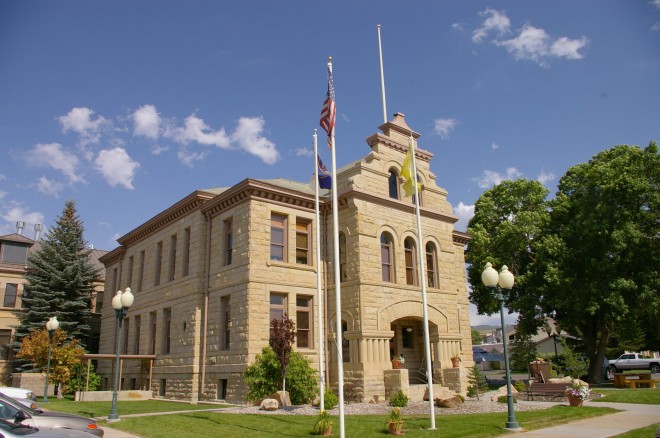 Summit County is named for the summit of the Wasatch Mountains which run through the county and has the 39 highest peaks in Utah. 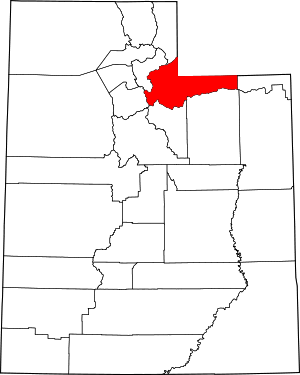 Description:  The building faces west and is a two story yellow-white colored sandstone and concrete structure. The building is located on landscaped grounds in the center of Coalville. The west front has a projecting center section with arched entrance on the first story, three arched windows on the second story and two arched windows on the third story which rises to a point. The building is faced with sandstone. The roof is hipped. In the interior is woodwork and metal pressed ceilings. The courtroom is located on the second story. In 1997 an addition was added on the east side. The architect was P J H M Architects of Cedar City and the contractor was Eagon-Johansen Company of Salt Lake City. 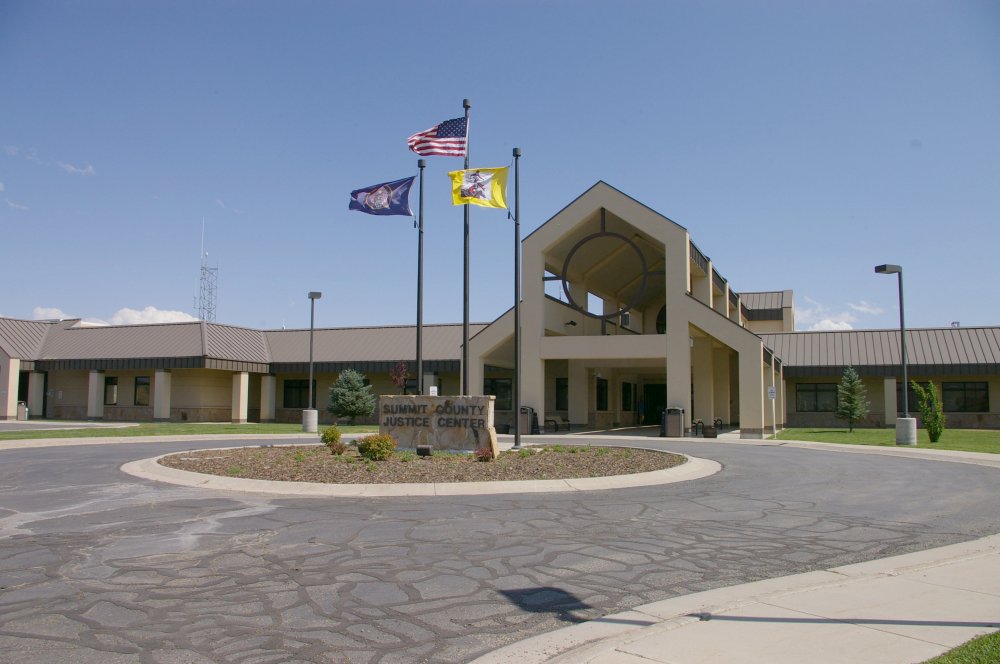 Description:  The building faces north and is 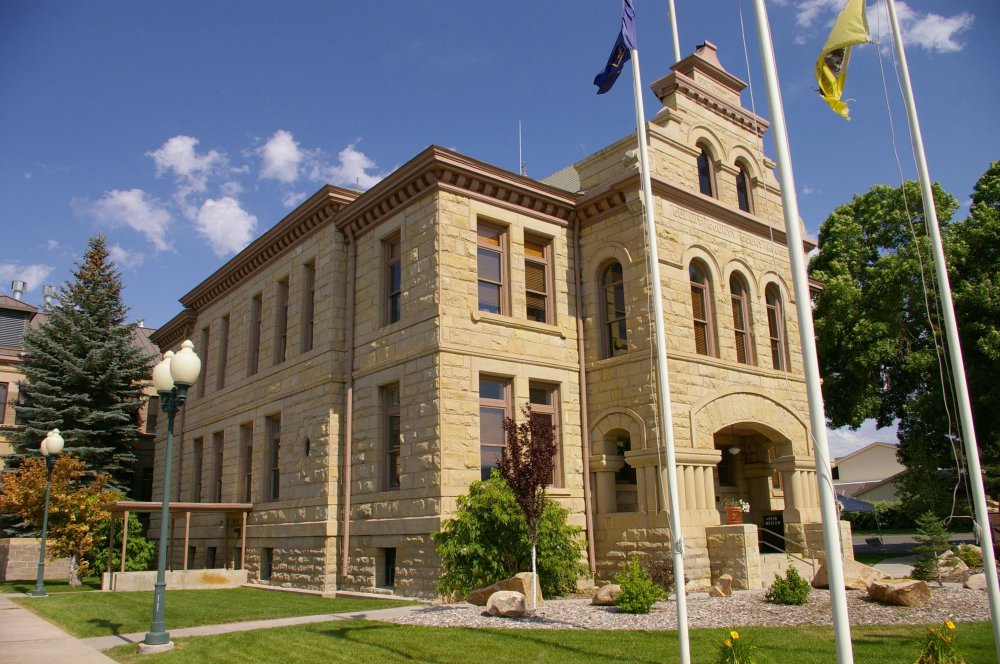 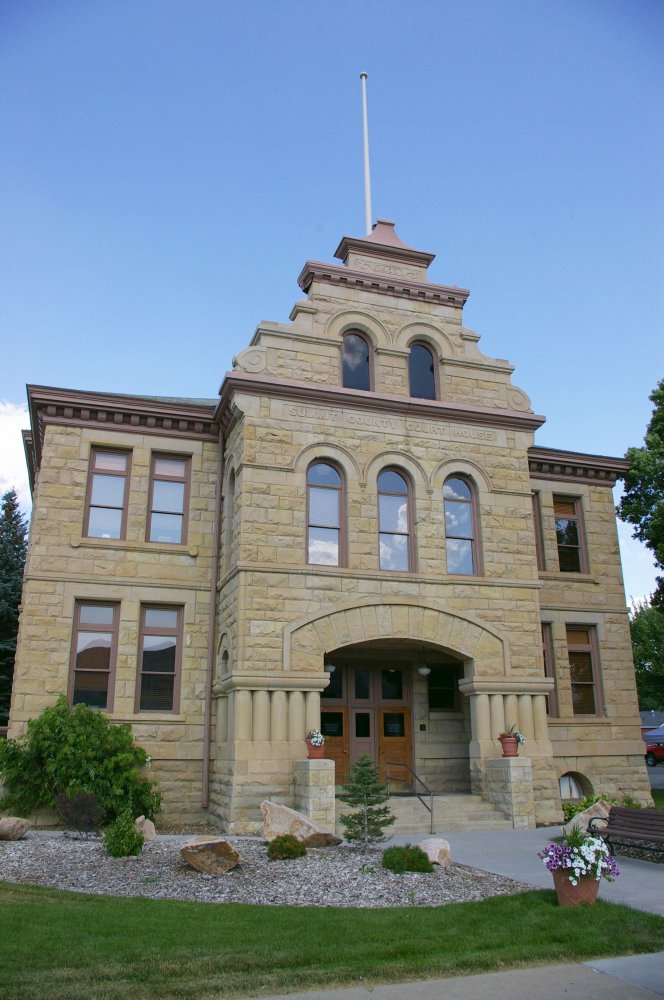 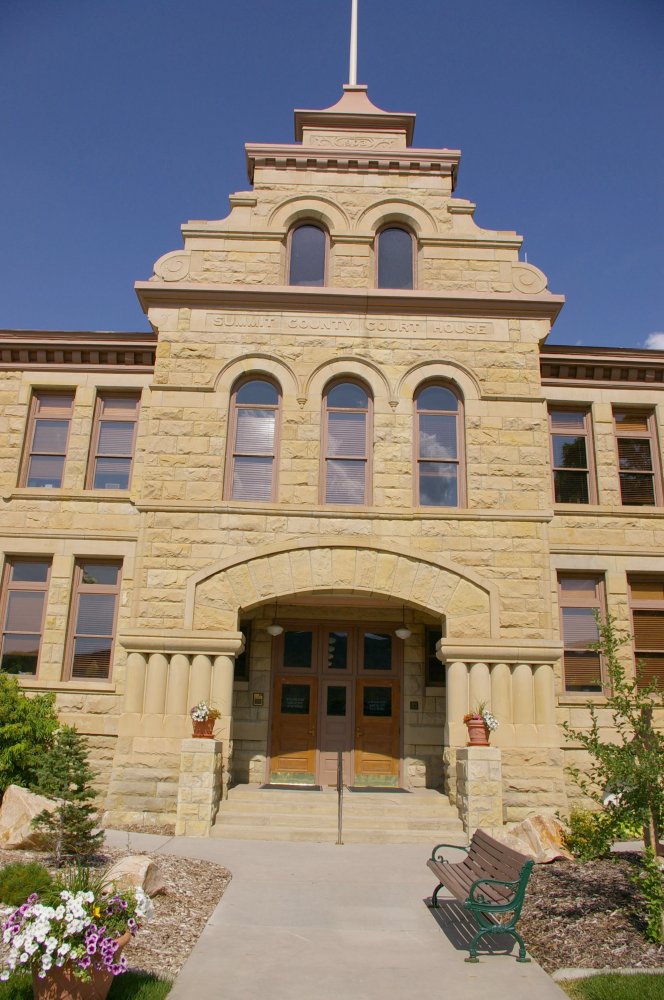 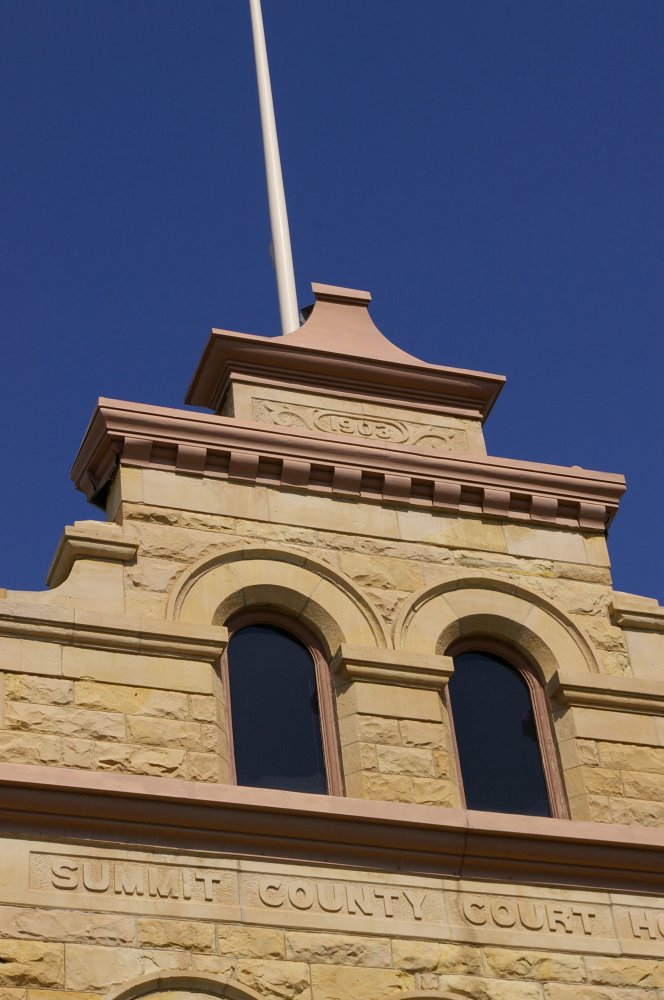 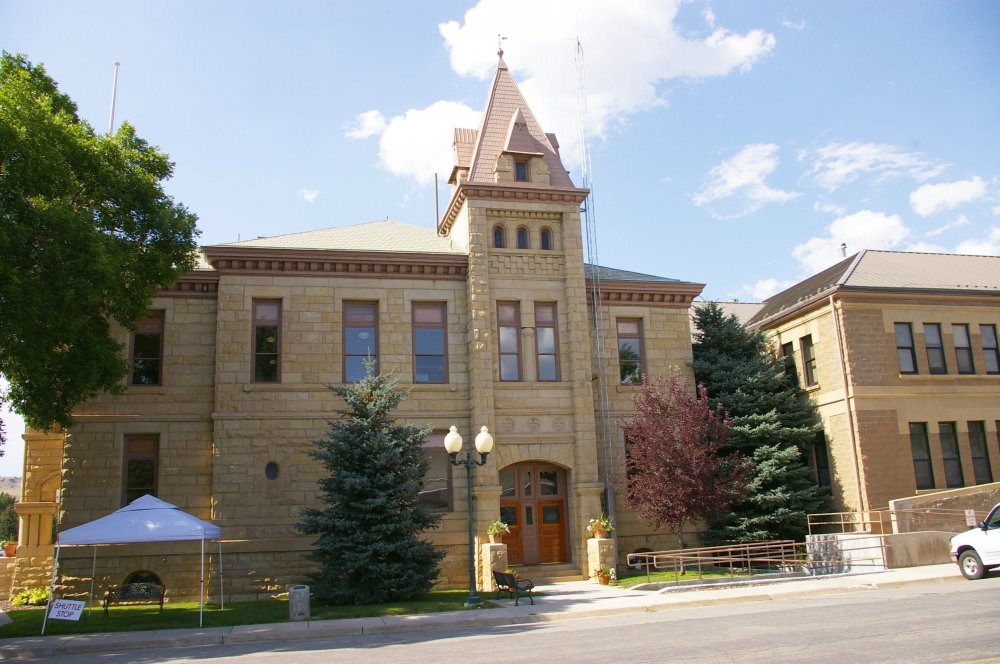 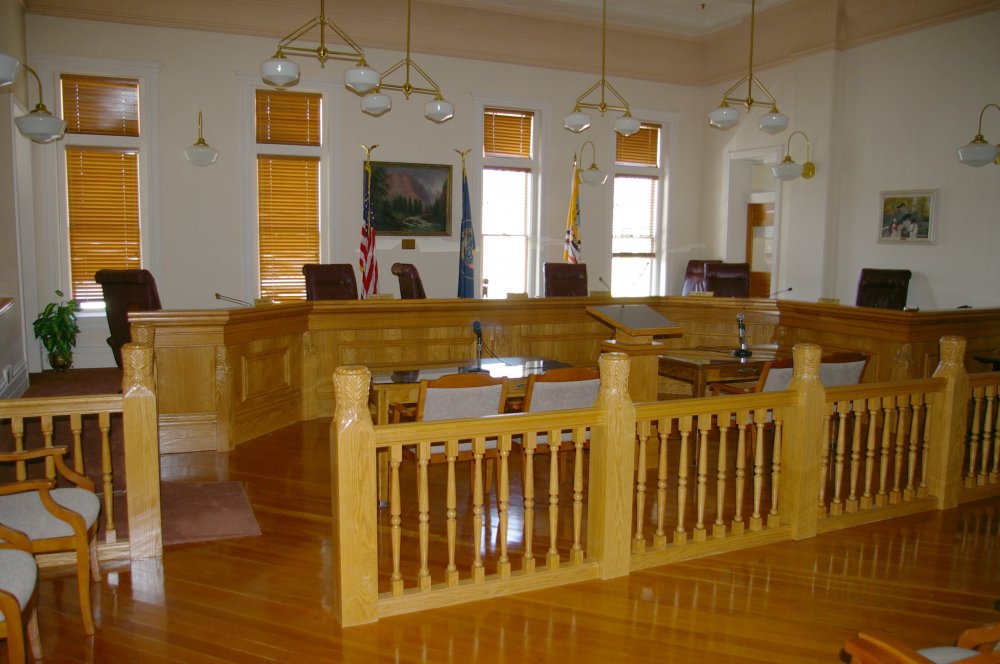 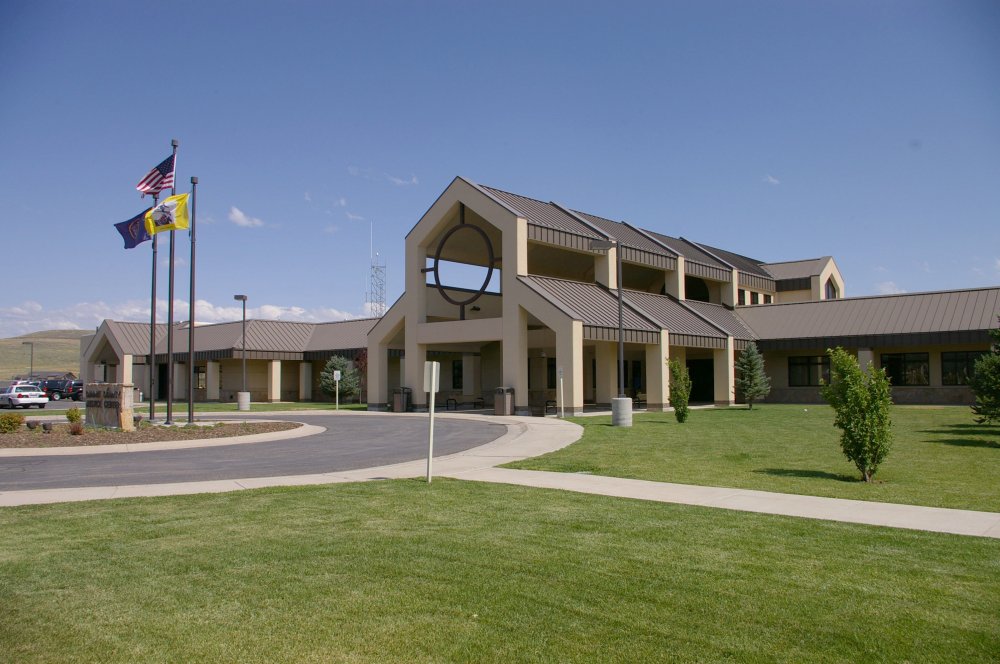