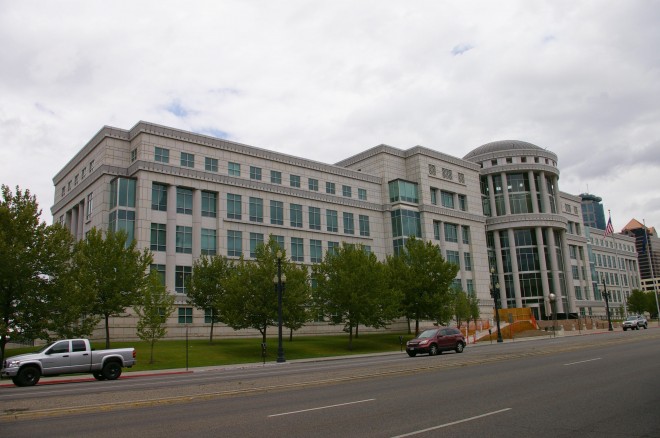 Salt Lake County is named for the Great Salt Lake which is located in the county. 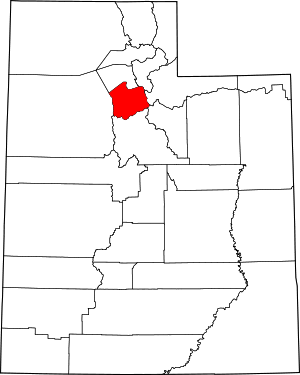 Description:  The building faces east and is a six story concrete and glass structure. The east front has a rounded tower in the center.with glass panels and high dome. The center section rises higher than the north and south sections. There is a projecting cornice between the fourth and fifth stories. The roof line is flat. The building also houses the Utah Supreme Court. 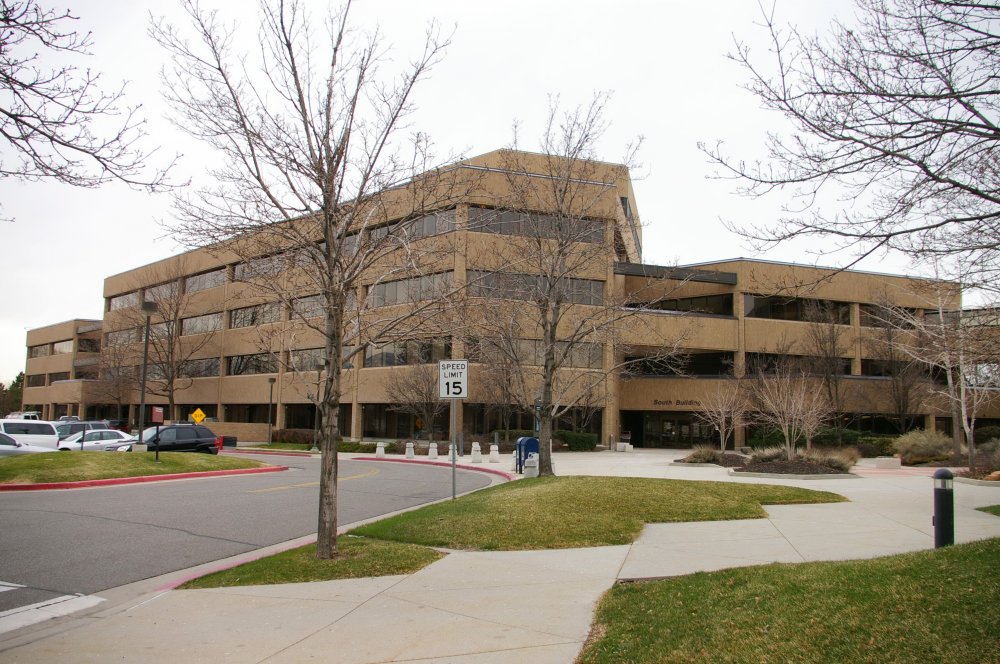 Description:  The building faces east and is a complex of two connected four story concrete and glass structures. The buildings form the Salt Lake County Government Center with a North Building and a South Building. The buildings have horizontal windows with the first story being recessed with recessed glass panels. The roof line is flat. 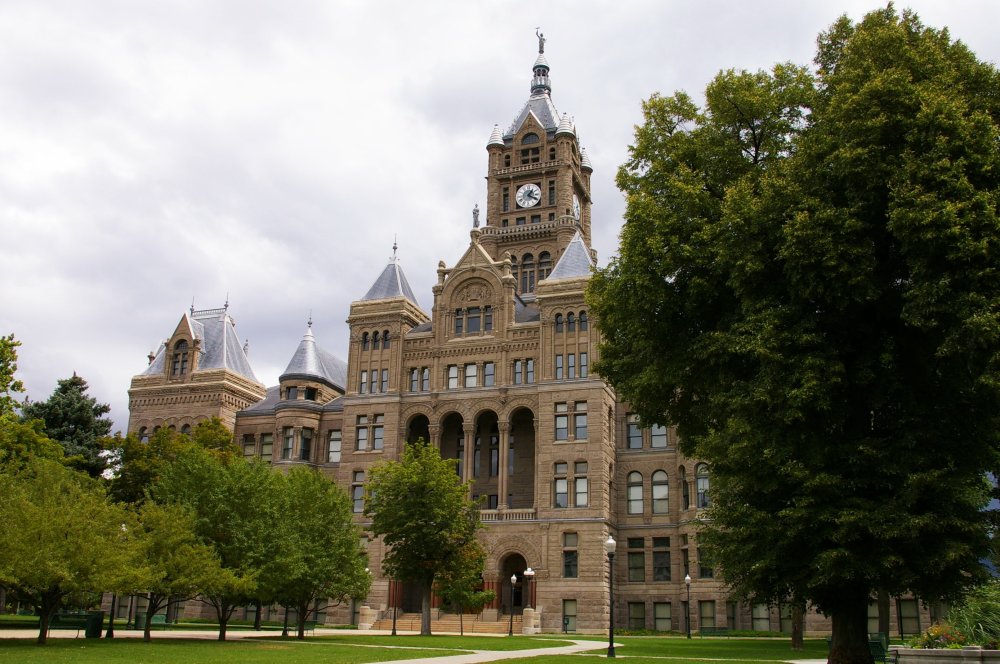 Description:  The building faces west and is a five story rough brown colored stone  structure. The west front has a projecting center section with three large arches on the first story and four arches on the second and third stories. And rising to a peak above the roof line. On the corners are square towers with steep roofs. On each side of the center section are round towers and large square towers at the corners. On the center of the roof is a high square stone clock tower with clock and steep green colored roof at the top. The building serves as the Salt Lake City City Hall. 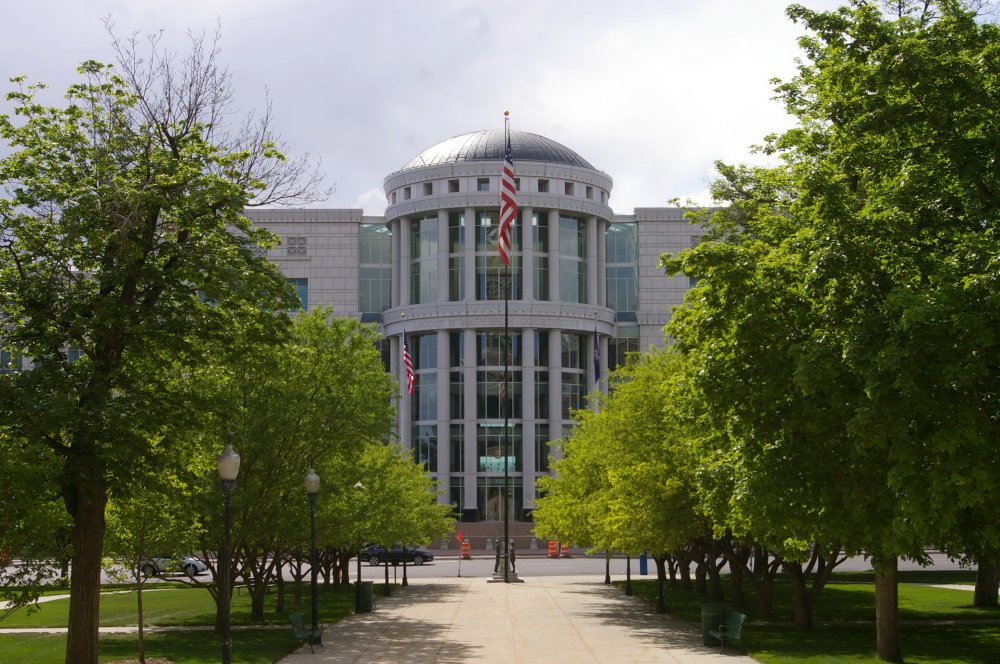 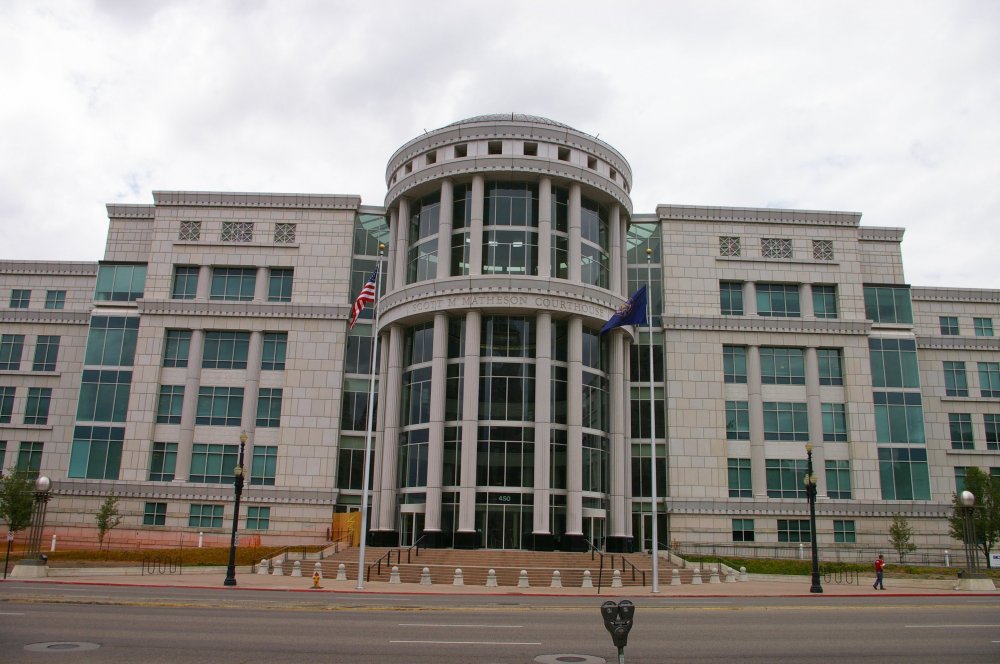 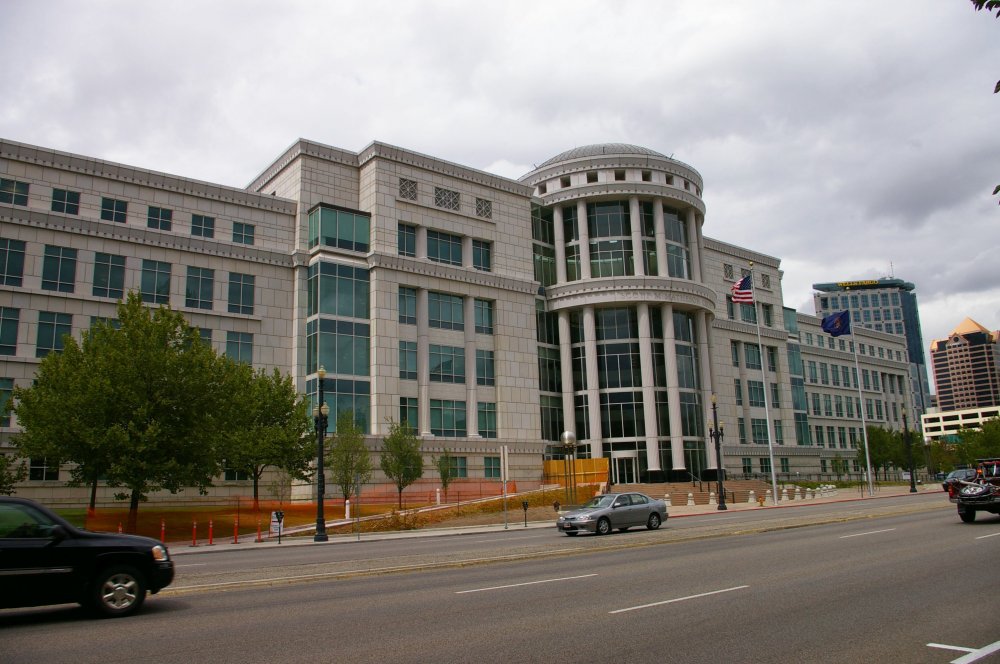 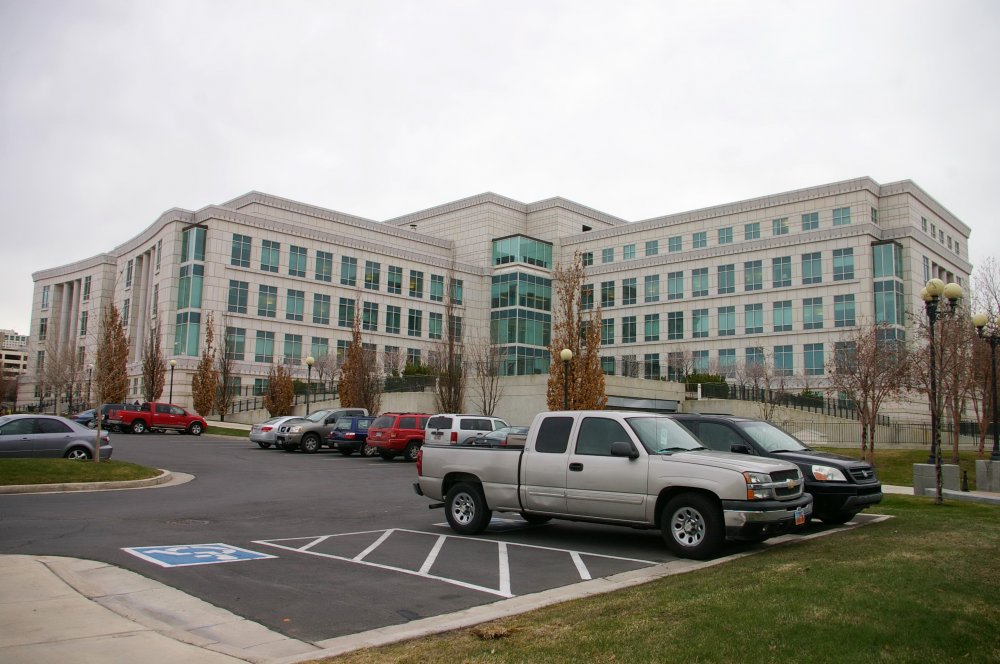 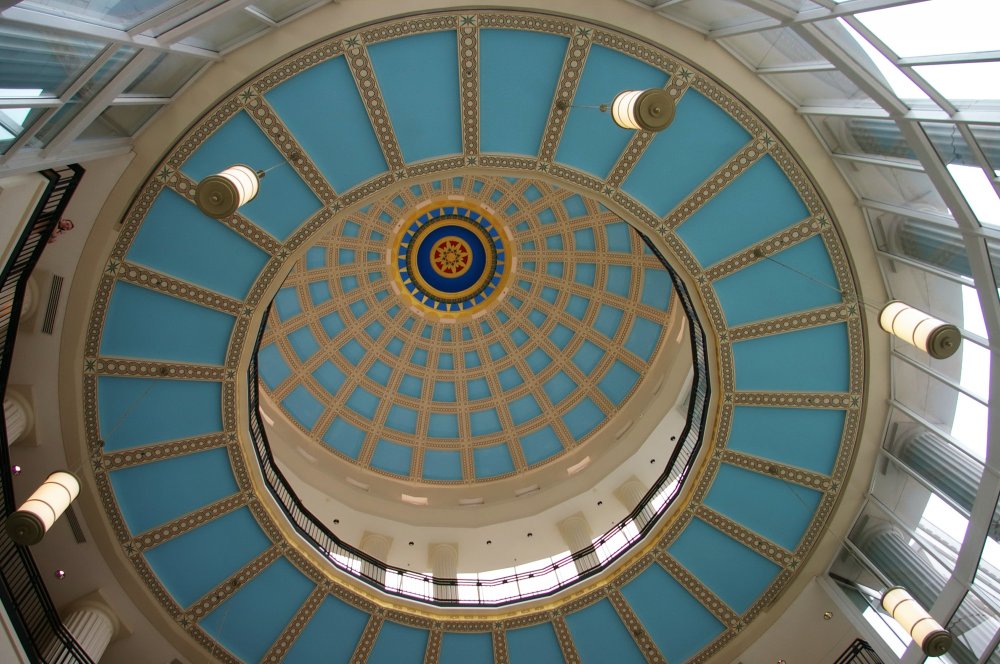 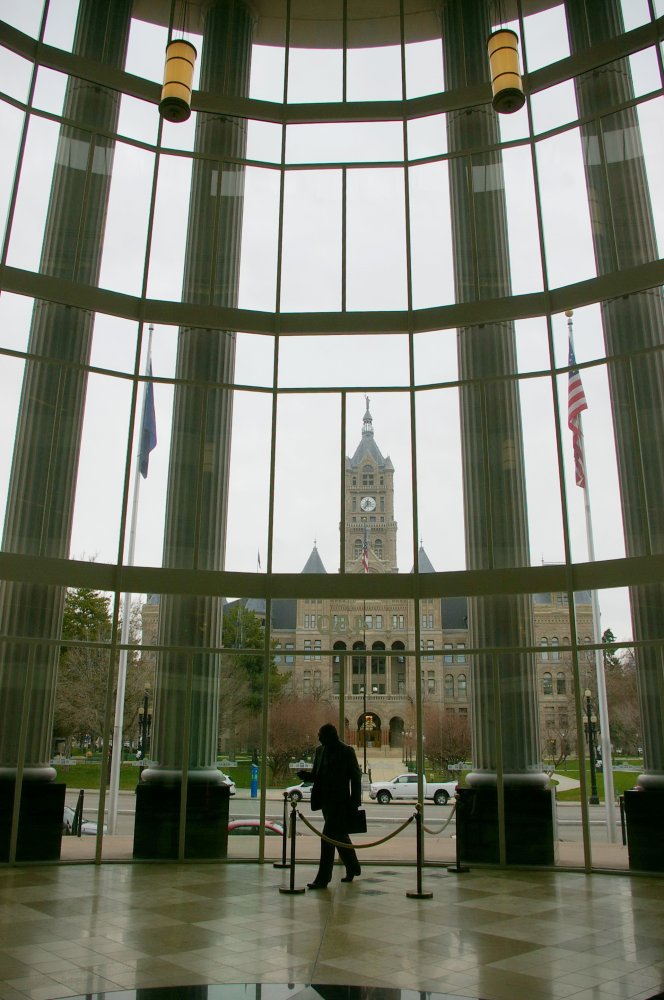 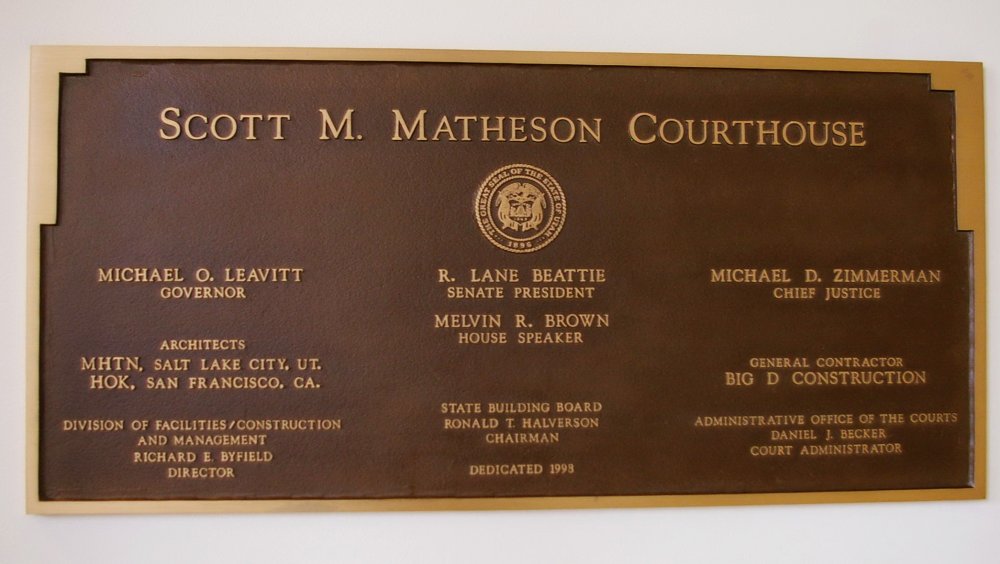 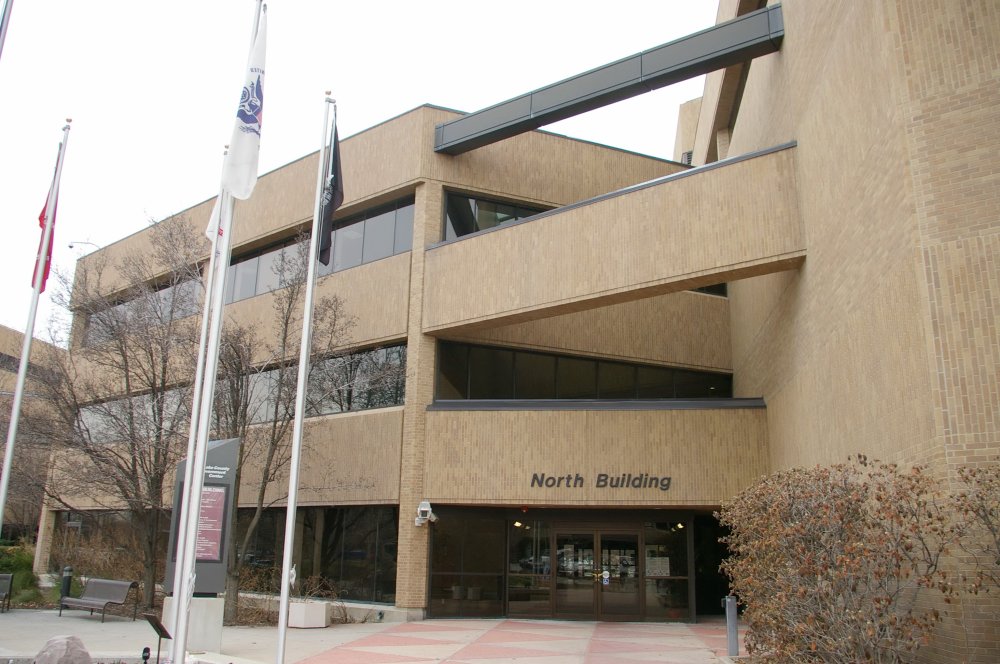 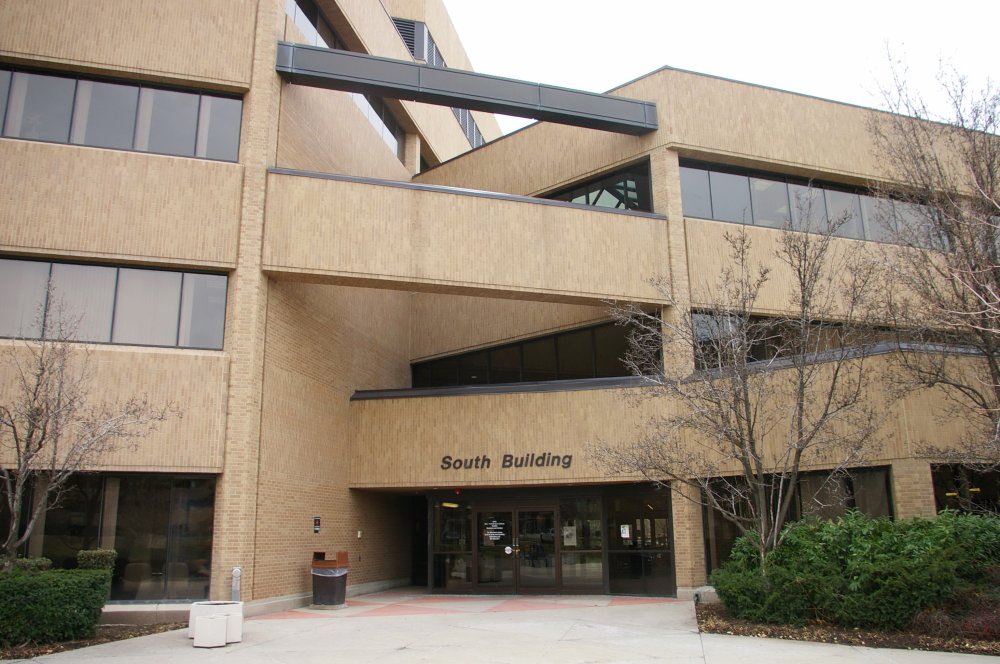 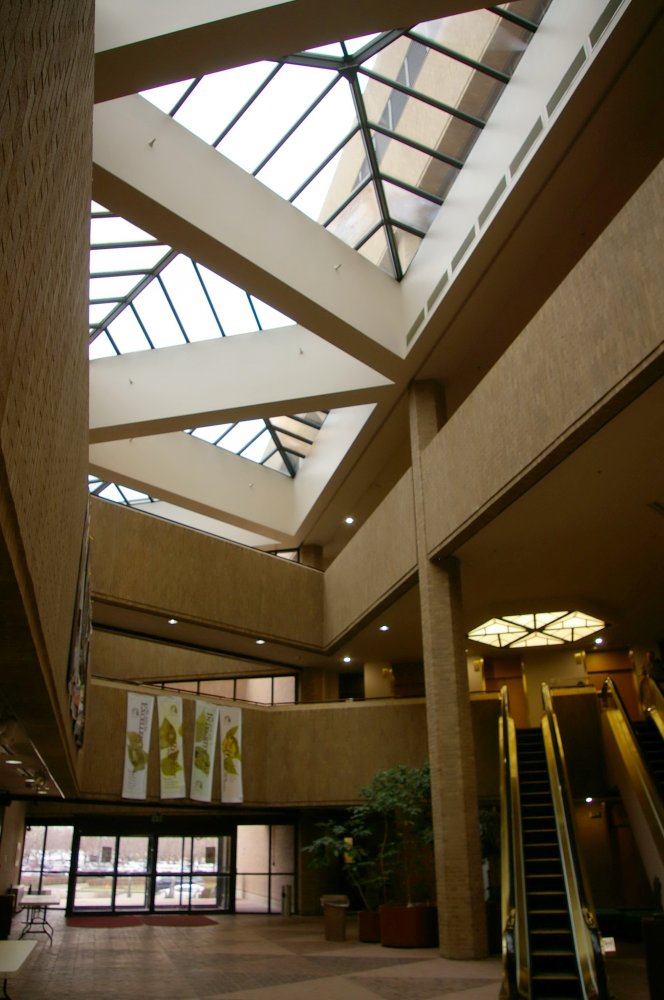 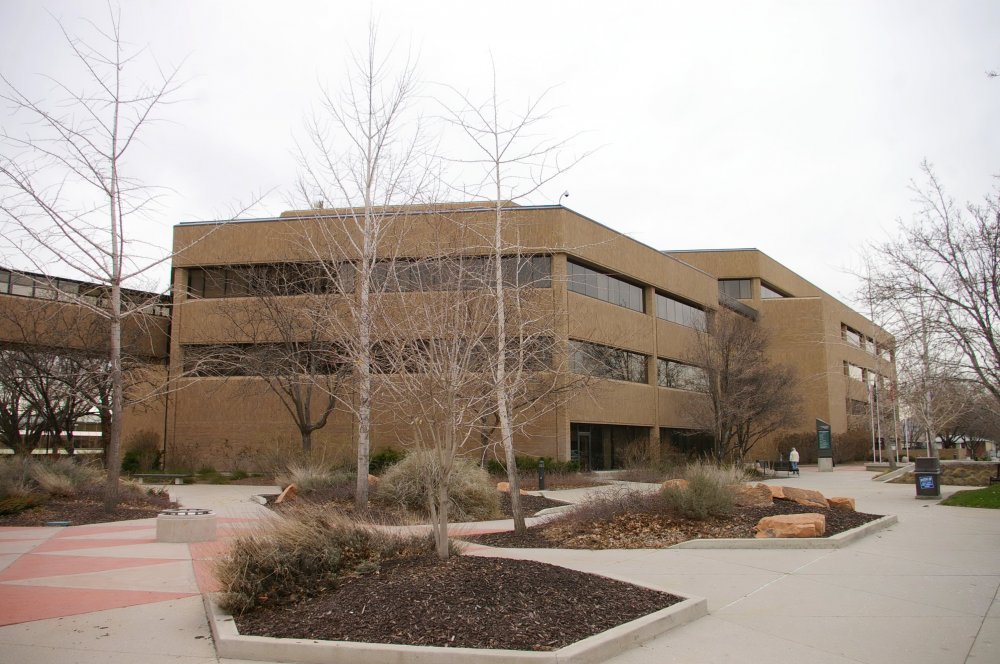 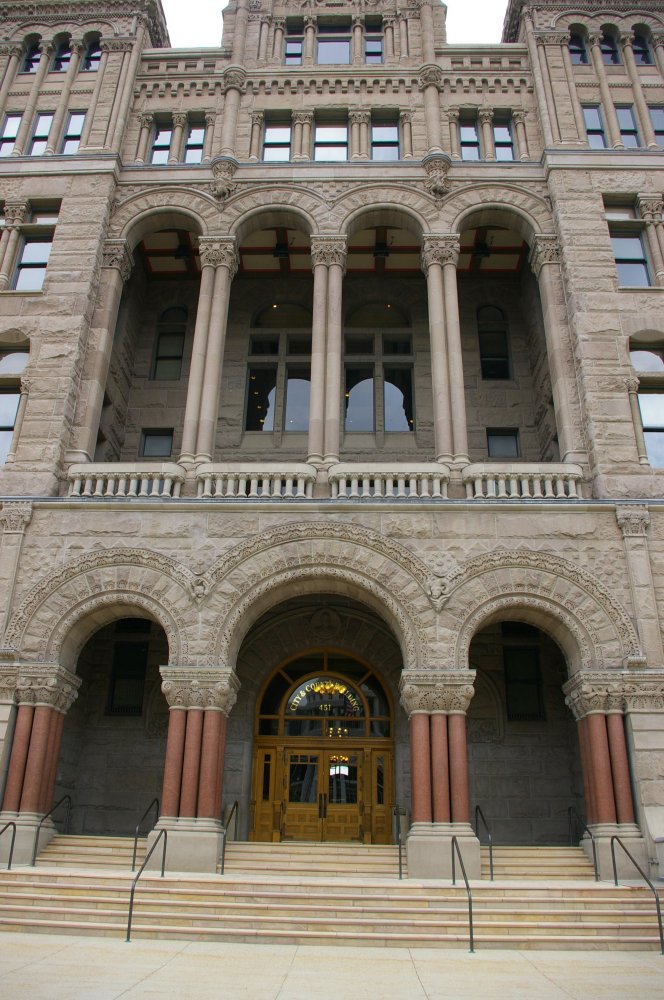