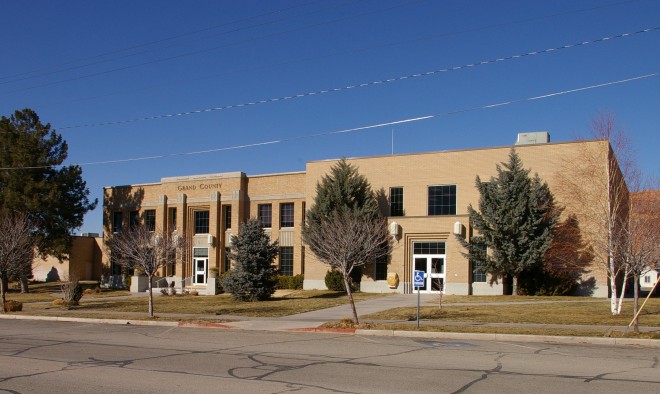 Grand County is named for the Grand River which was later called the Colorado River and which flows through the county. 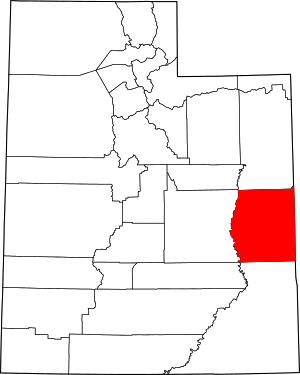 Description:  The building faces south and is a two story buff colored brick structure. The east wing extends south and the west wing is recessed. The east wing entrance protrudes and is framed with brick with two Art Deco lighting fixtures. The west wing has vertical brick dividers on the protruding entrance section which has four Art Deco lighting fixtures. Light colored stone trim forms a horizontal band across the top of the second story windows and between the first and second story windows. The basement is concrete. The roof line is flat.

History:  The county was created in 1890 and Moab was selected as the county seat. The county used rented premises until the first courthouse, a two story structure was built in 1903. The second and present courthouse was constructed in 1937 to 1938. 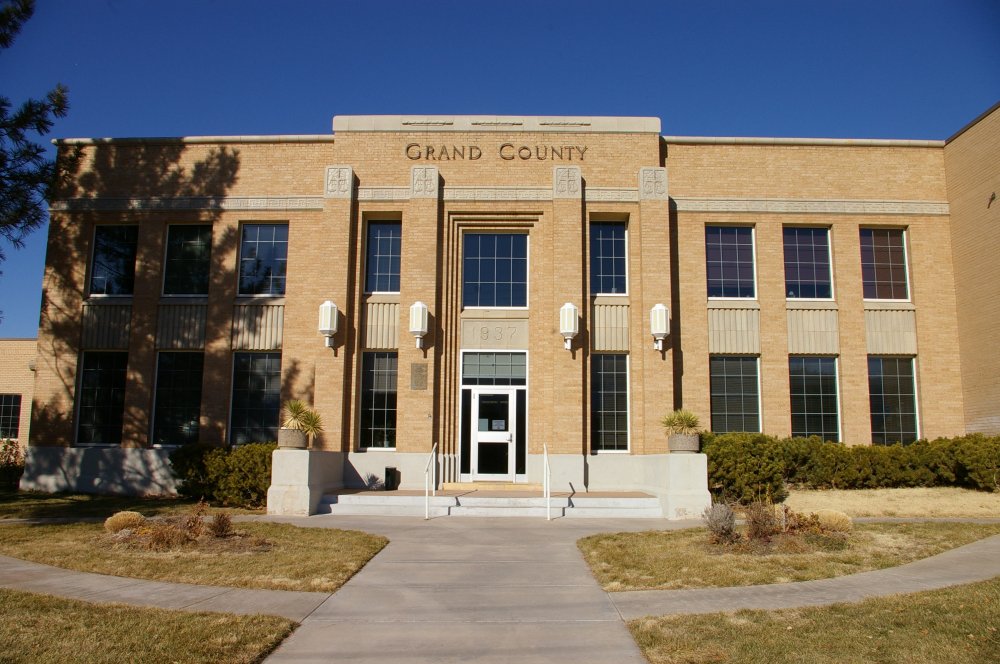