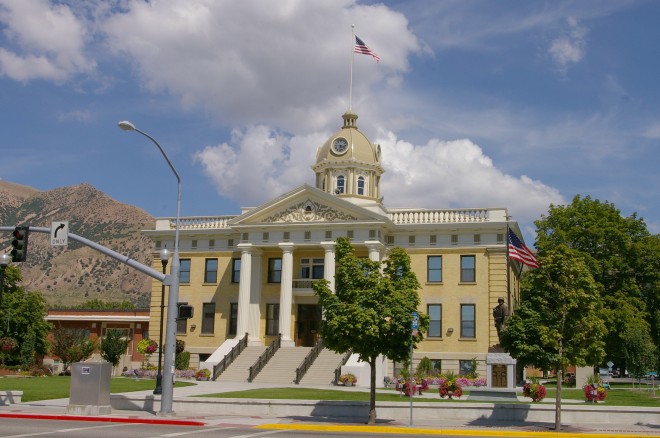 Box Elder County is named for the box elder trees found in the county. 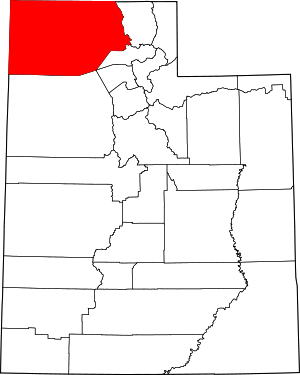 Description:  The building faces west and is a two story buff colored brick structure. The west front has a large portico supported by four large white columns rising to an ornate pediment at the roof line. The recessed entrance has a small balcony above on the second story. A balustrade runs atop the roof line. On the center of the roof is an octagonal dome with clock and small cupola at the top. The clock tower was added in 1887. The portico was added in 1910. The architect was Funk and Wells and the contractor was S A Sackett. In 1960, another addition to the building was constructed on the northeast side. The architect was Don Frandsen and the contractor was Wayne A Jensen.

Note:  William Wrighton, D M Burbanks, Peter Baird, Lars Stranquist and Joshua Holland  were residence of the community.The cost to construct this building came from donations or labor tithing. The men of the area were asked to spend one tenth of their time working, or were required to supply materials for the workers. George F. Hamson Sr. donated ten thousand adobes, William Wrighton, D.M. Burbanks and Peter Baird did carpentry work, Lars Stranquist did rock masonry work, and Joshua Holland did plastering work. 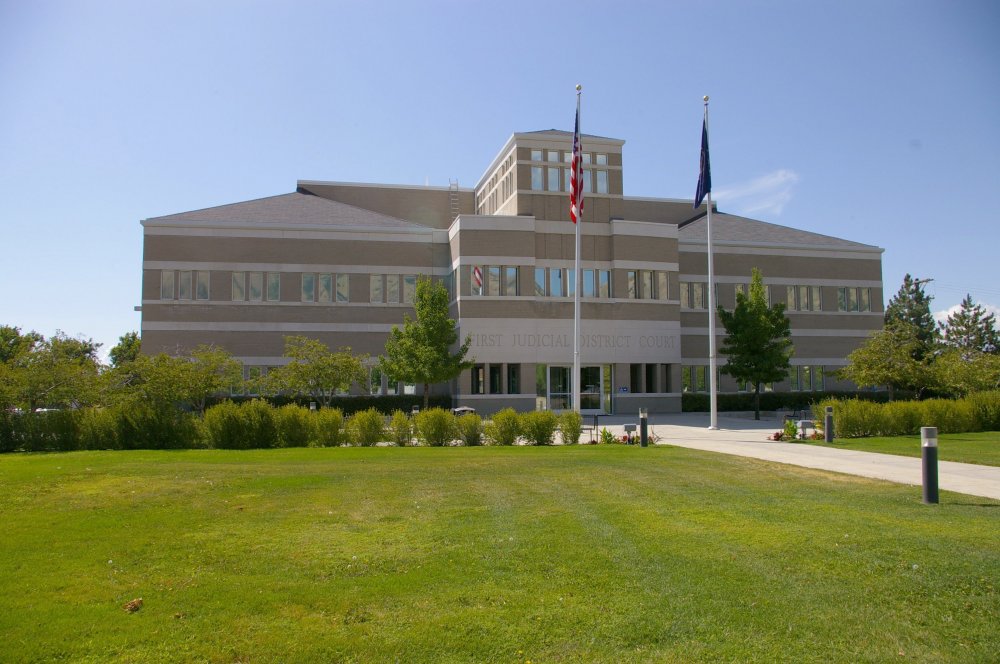 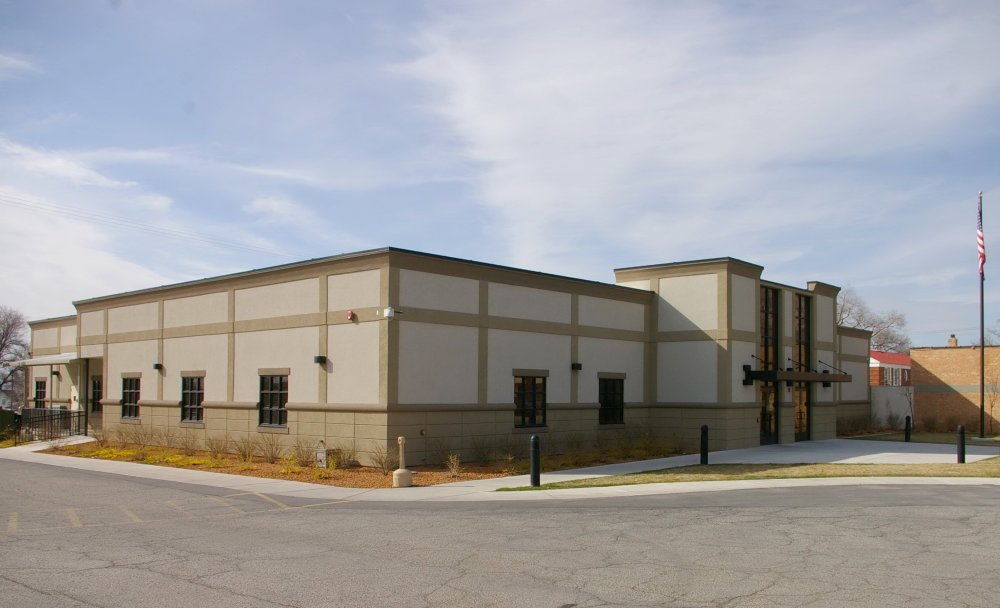 Description:  The building faces east and is a one story brick, concrete and glass structure The east front has a raised projecting center section with two entrance and glass panels above. A canopy extends over the entrances. The roof line is flat. The building was the former Stock Lumber building and previous to that it was the Anderson Lumber building. 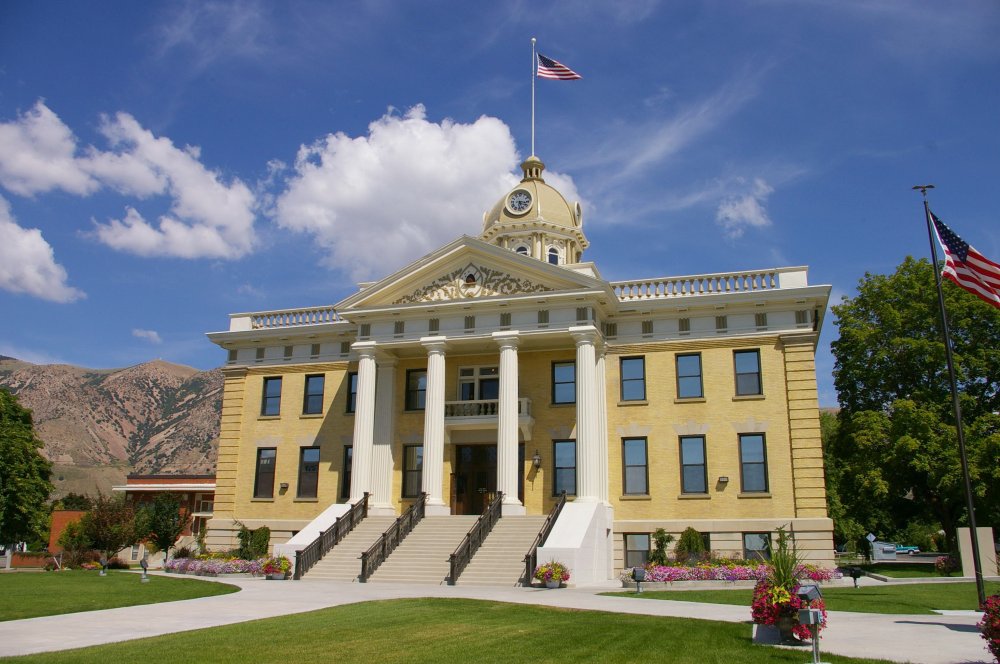 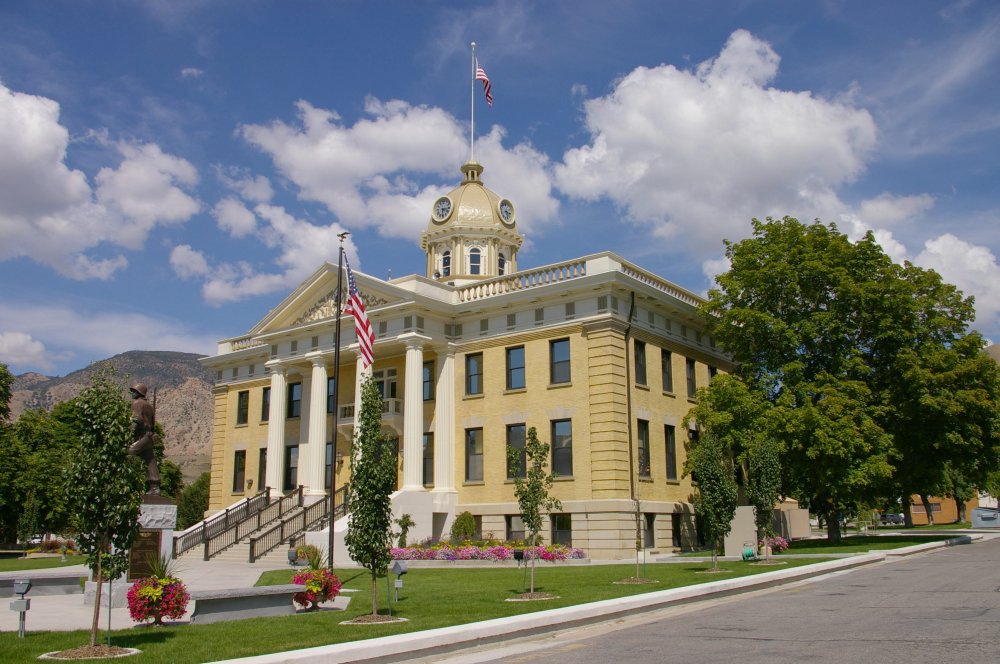 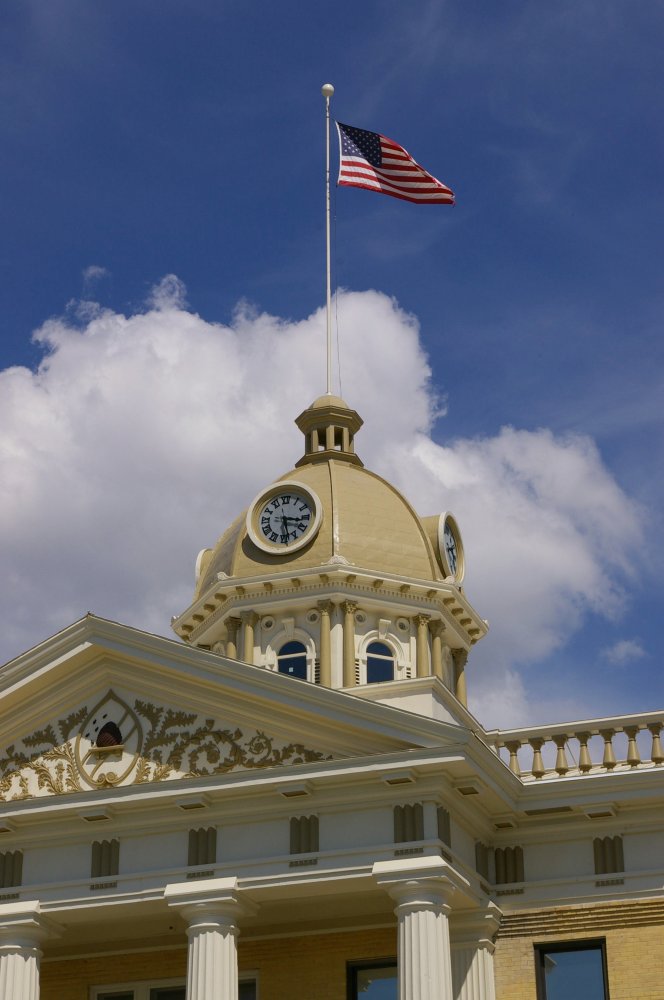 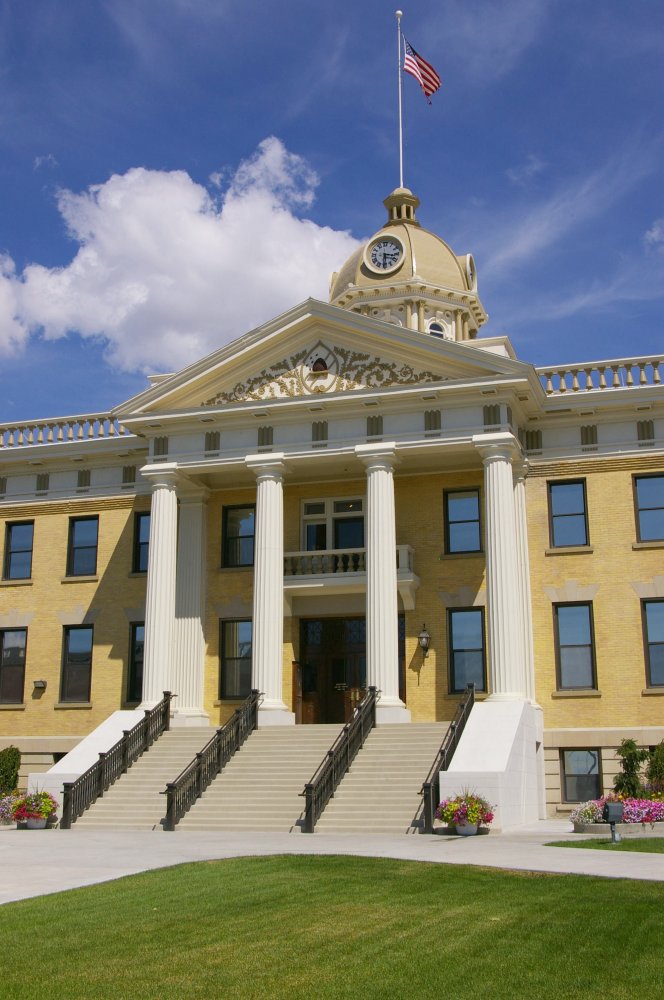 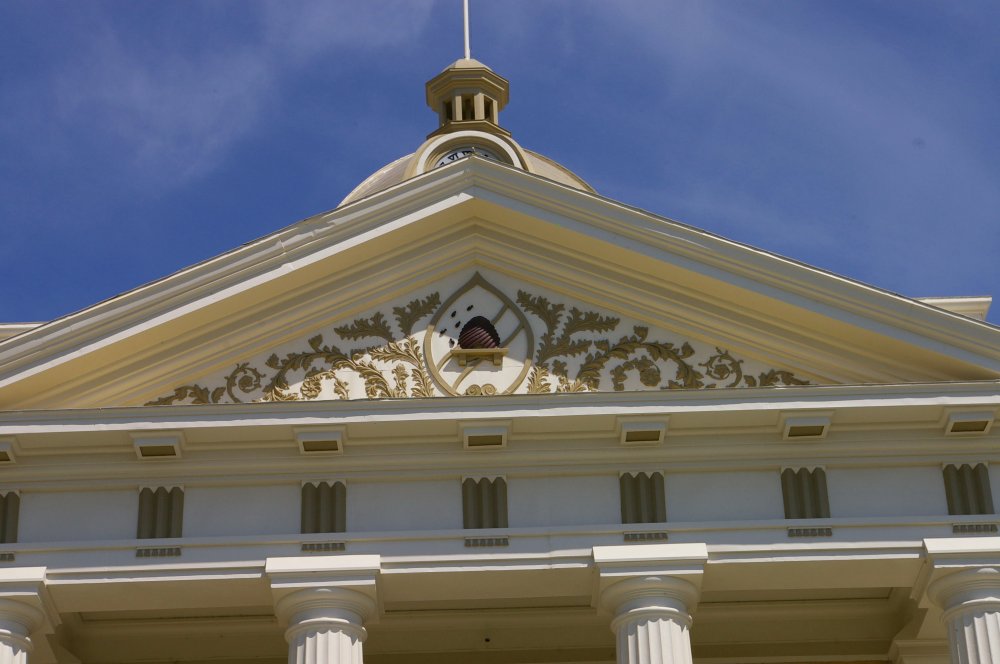 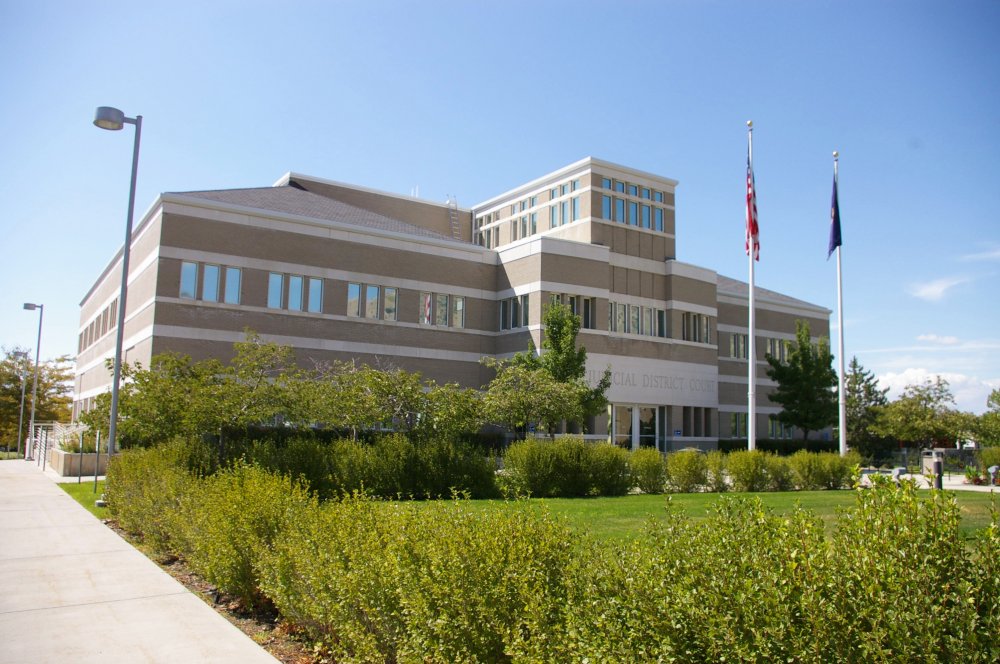 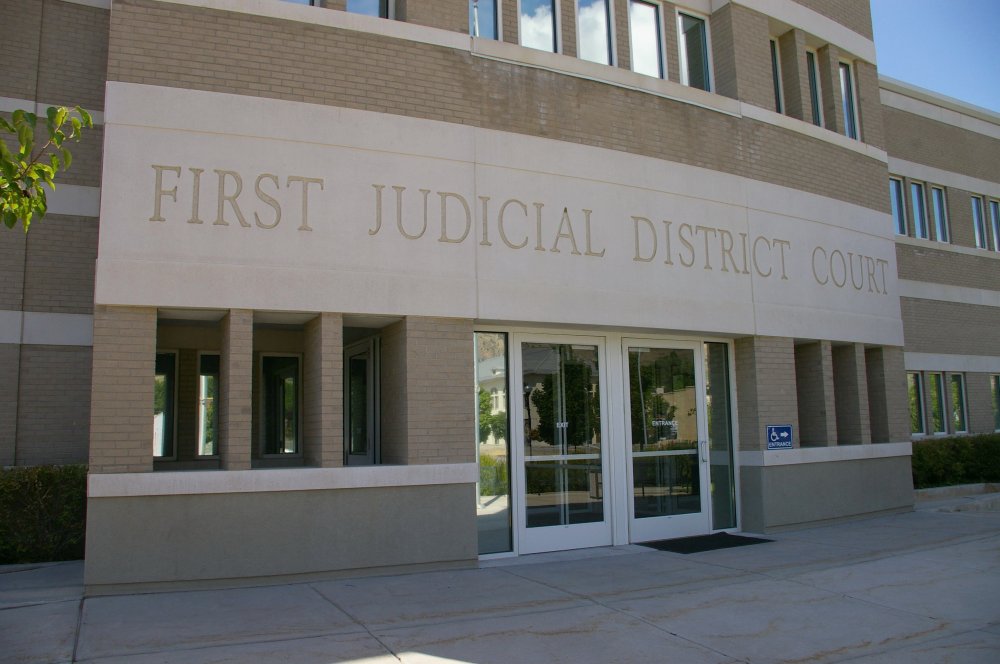 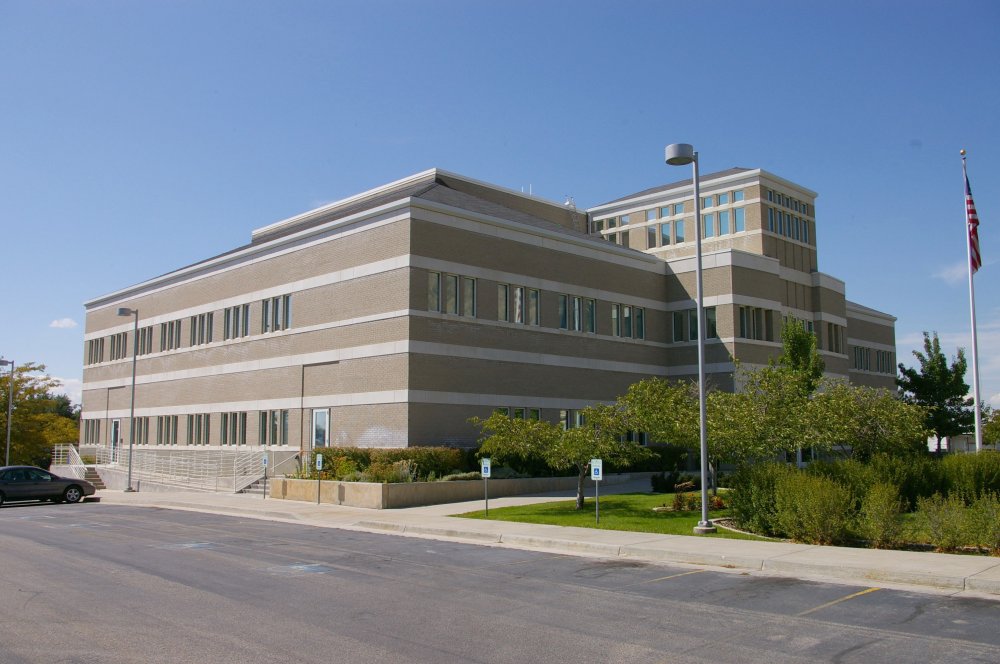 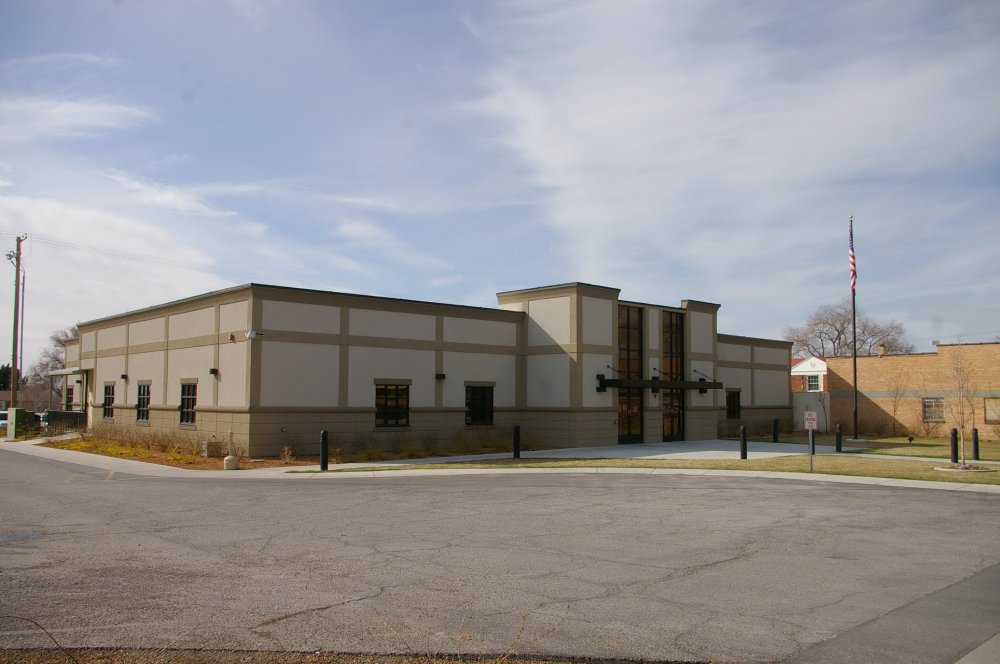