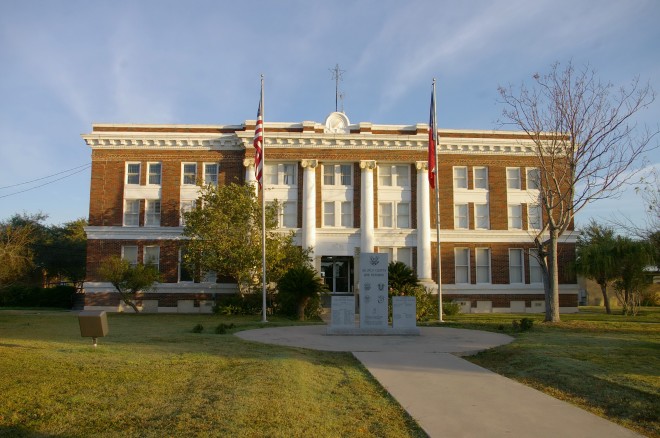 Willacy County is named for John G Willacy, who was a farmer, real estate developer and a Texas state senator and who was the author of the bill that established the county.

Contractor:  I A Walker

Description:  The building faces south and is a three story dark red colored brick and concrete structure. The building is located on landscaped grounds in the center of the city.  The building has four large white colored columns rising to the roof line. There is white colored horizontal trim between the basement and first story, above the first story and along the cornice below the roof line. White colored panels are between the second and third story windows. The roof line is flat. On the north side is the one story buff colored brick County Administrative Building.  On the northeast corner is the one story buff colored brick Meadows Annex designed by Joseph Scott and constructed by Haraway Construction in 1988.

Note:  The courthouse is the first and only courthouse built in the County. The cost of construction was $40,000. 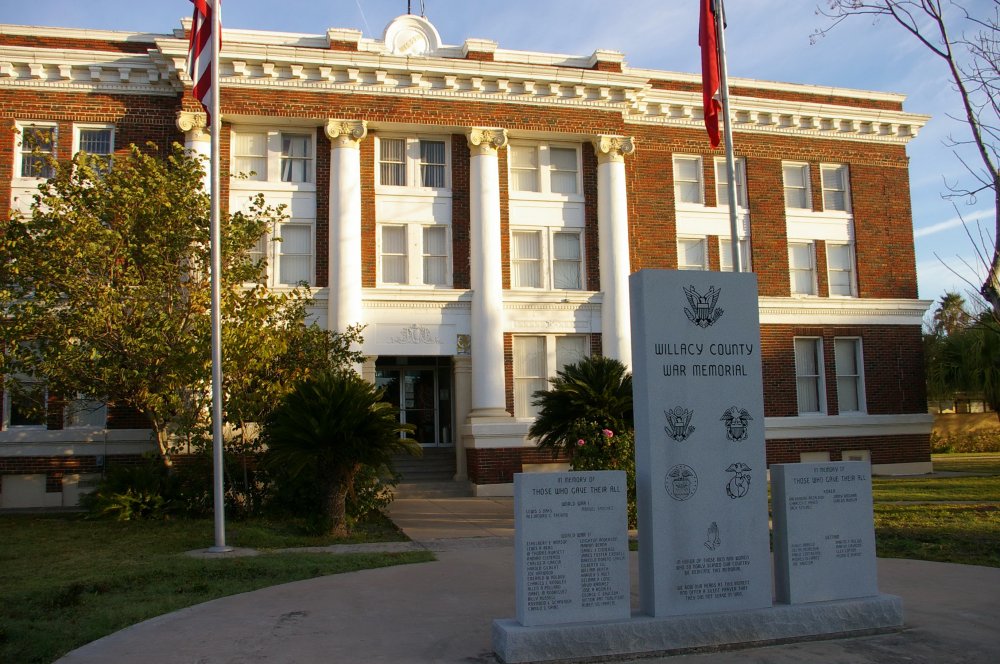 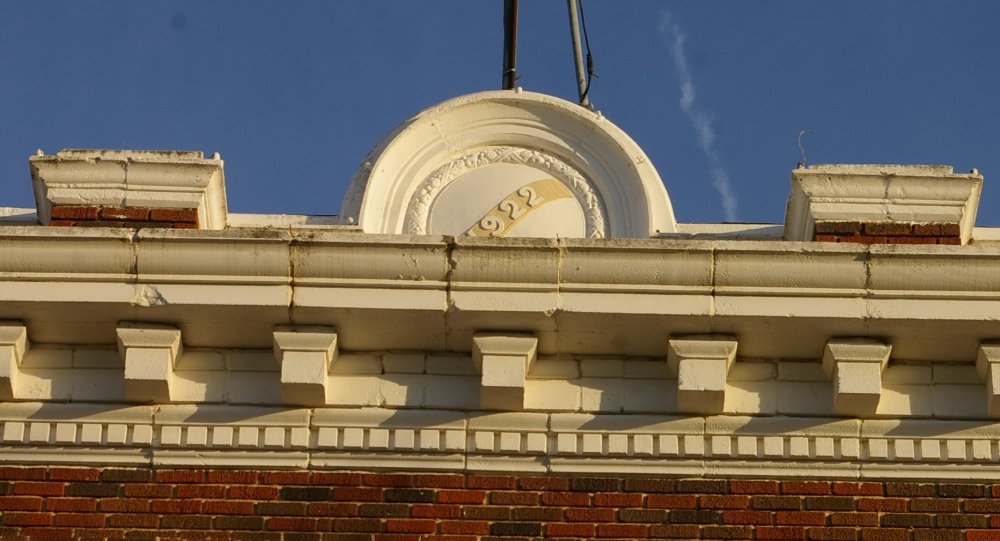 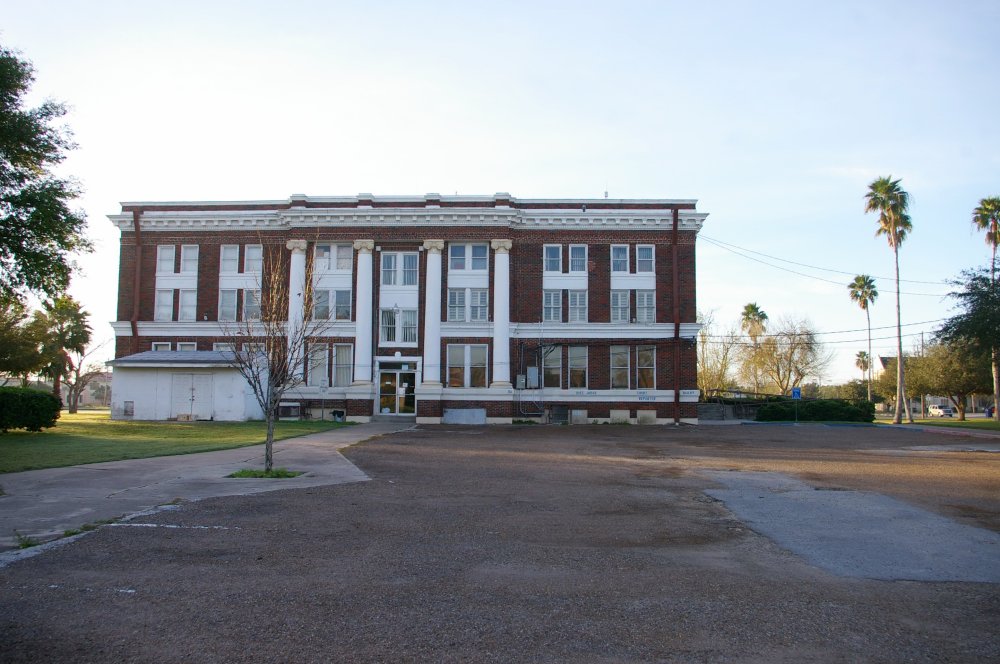 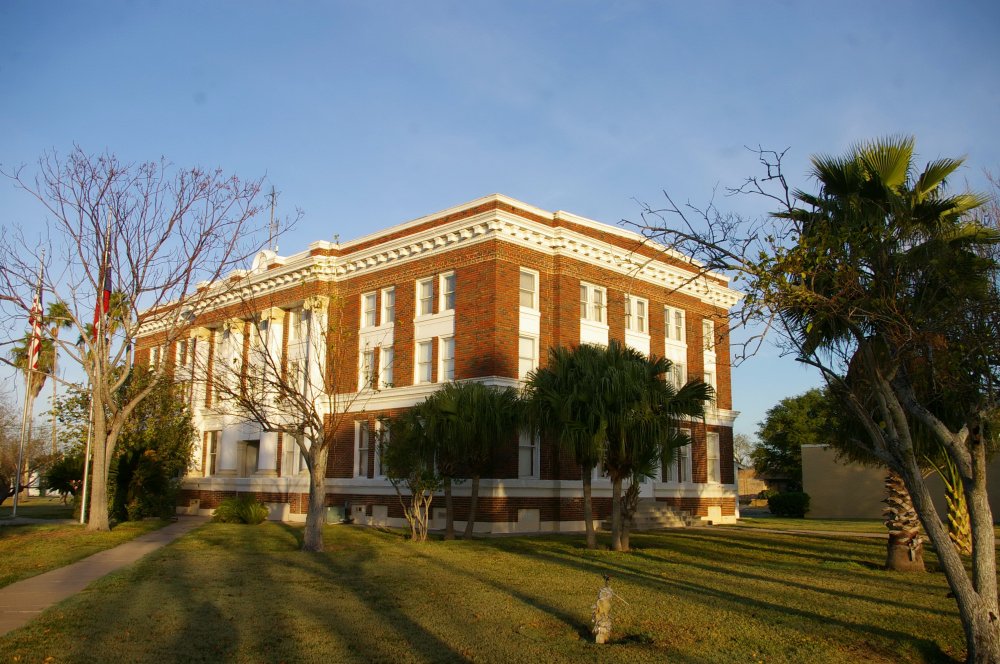 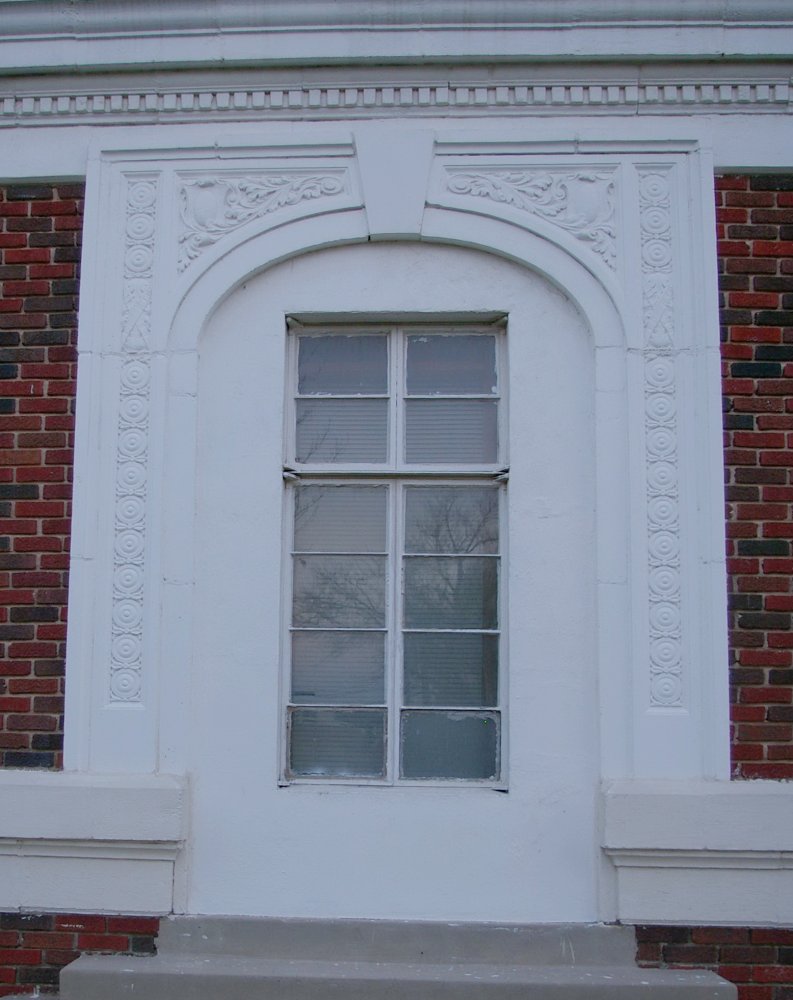 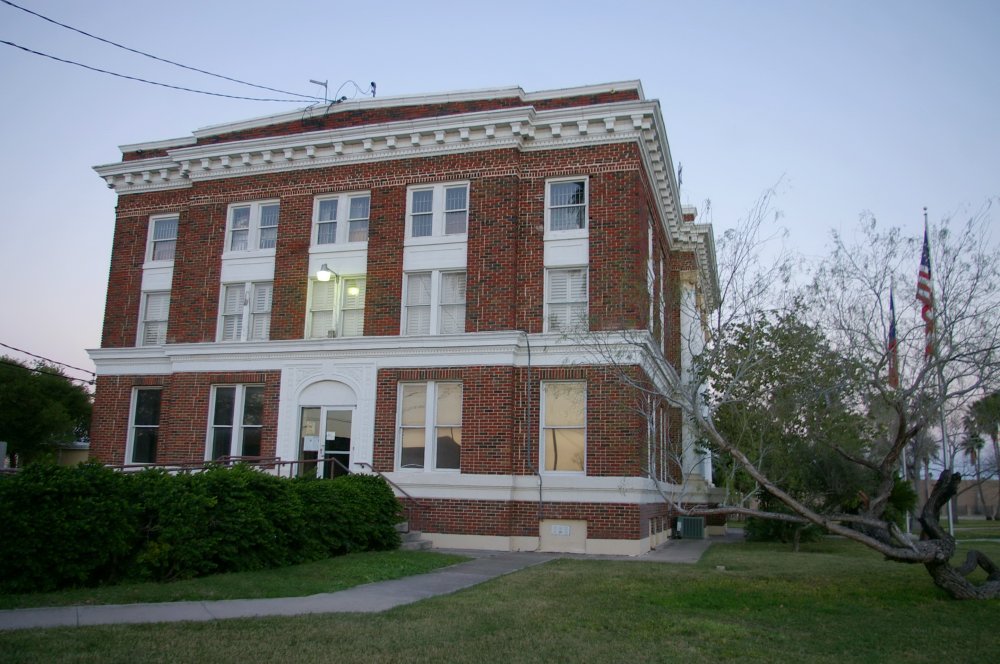 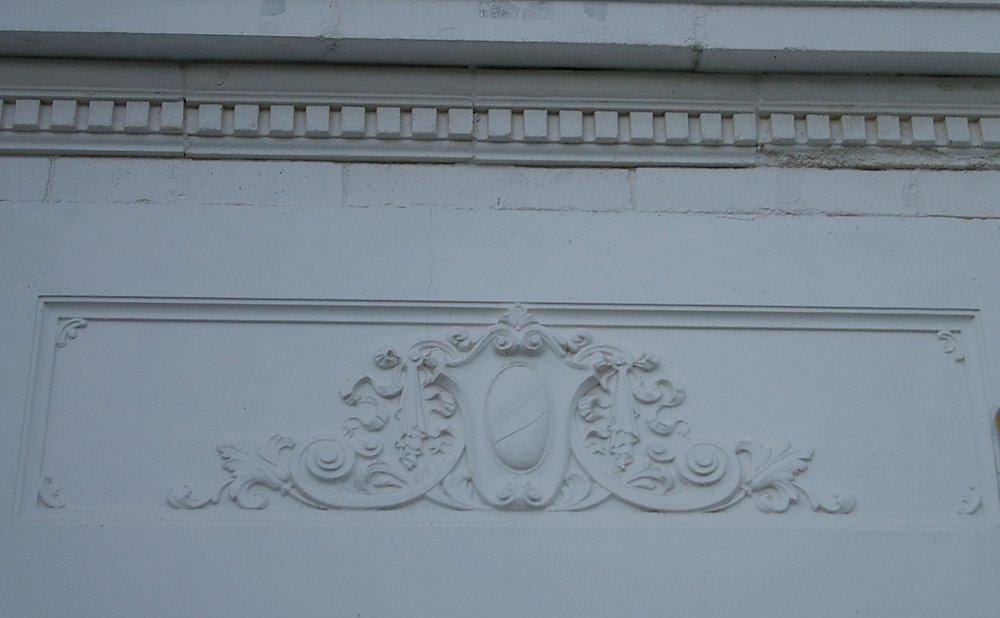 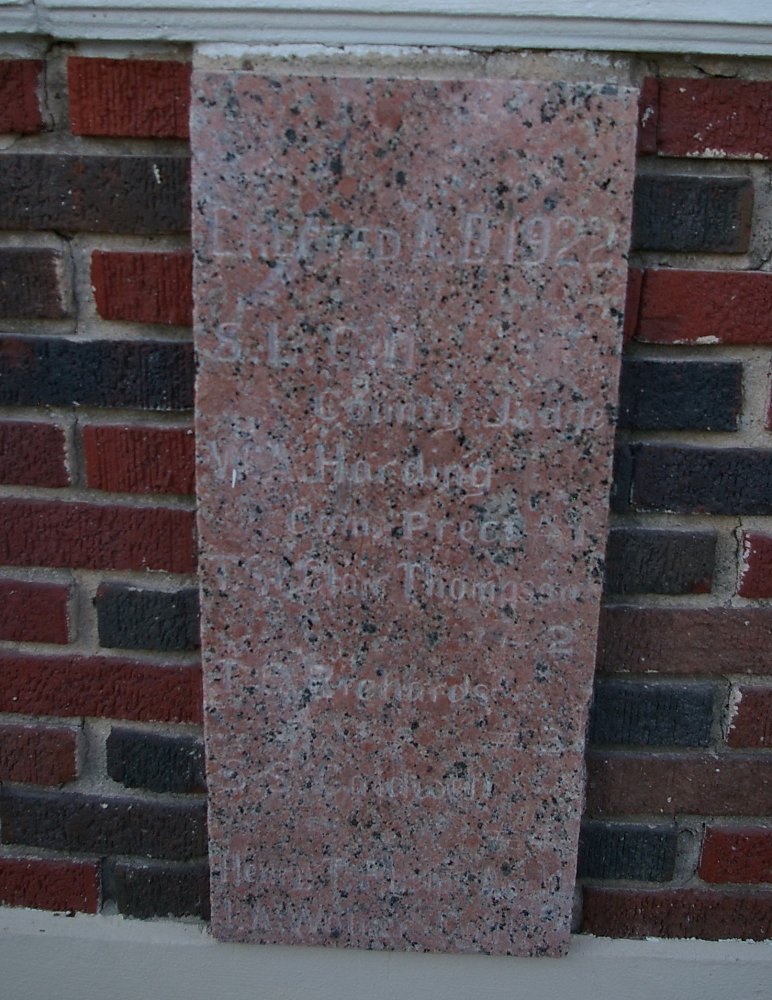 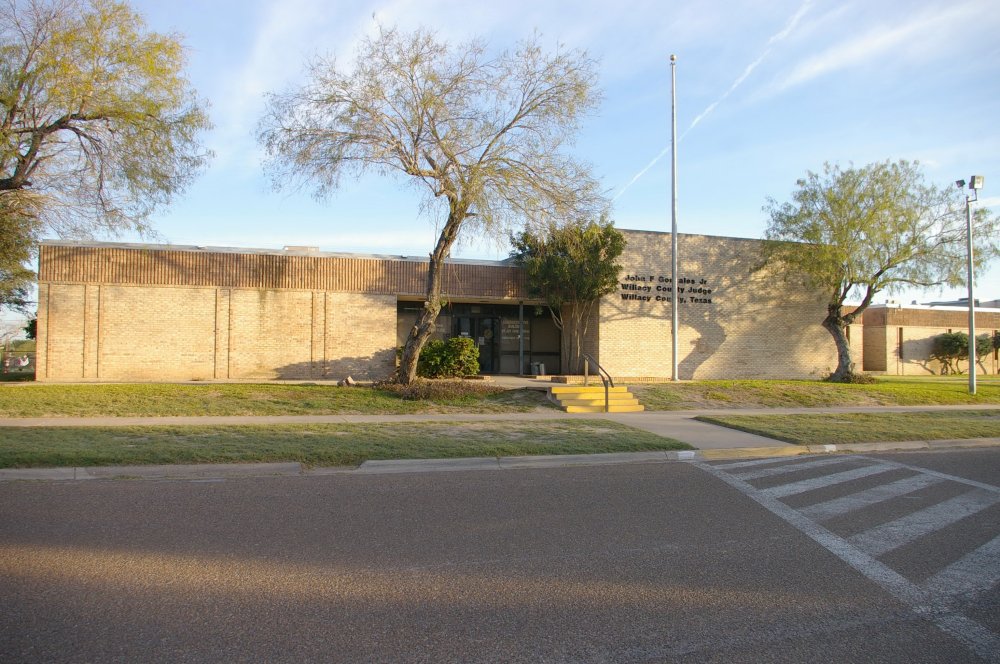 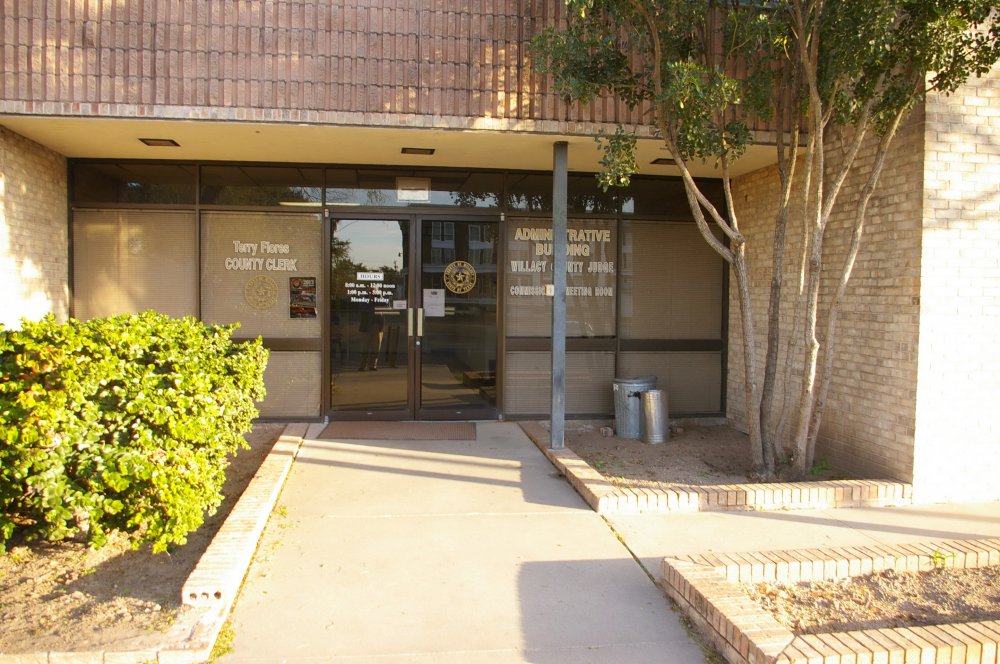 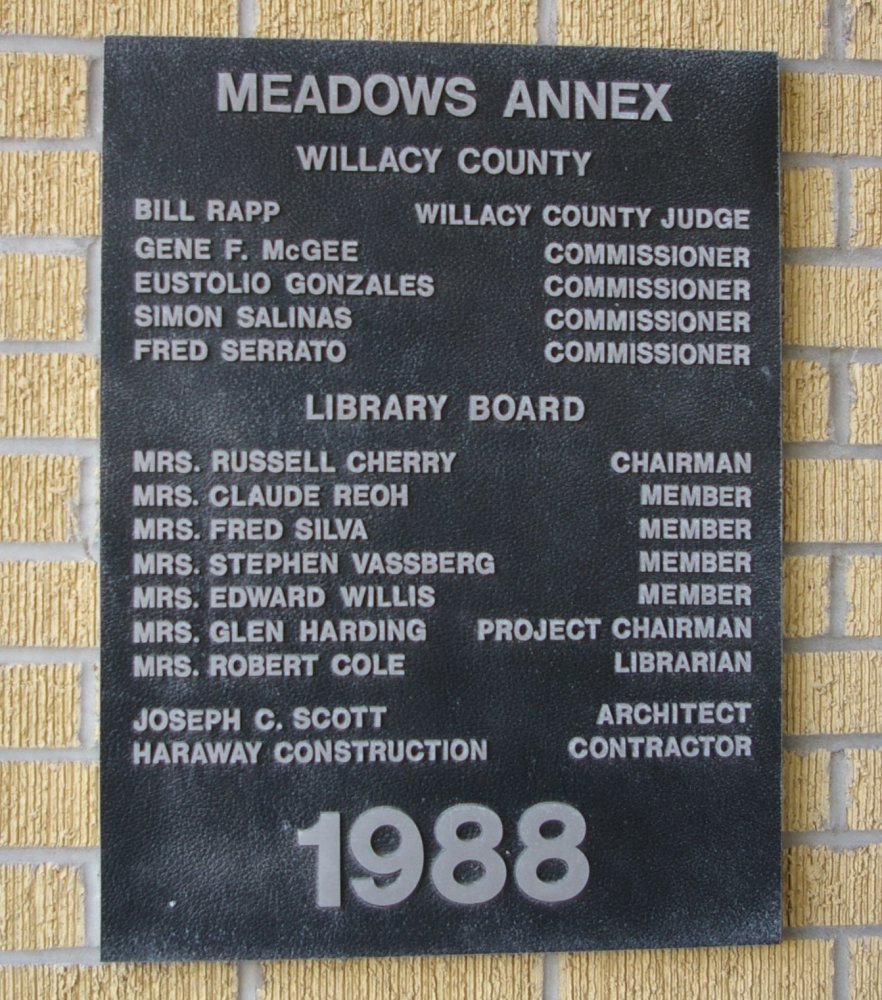