Wheeler County is named for Royal Tyler Wheeler, who was the second Chief Justice of the Texas Supreme Court. 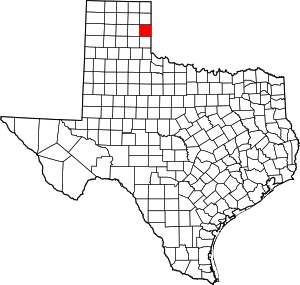 Description:  The building faces west and is a three story red colored brick and concrete structure. The building is located on spacious landscaped grounds in the center of the city. The east front has a large porch with four columns rising to a header at the roof line. The recessed entrance on the first story is arched. The north and south sections has pediments at the roof line. The roof line is flat. On the southeast corner of courthouse square is the old jail built in 1909.