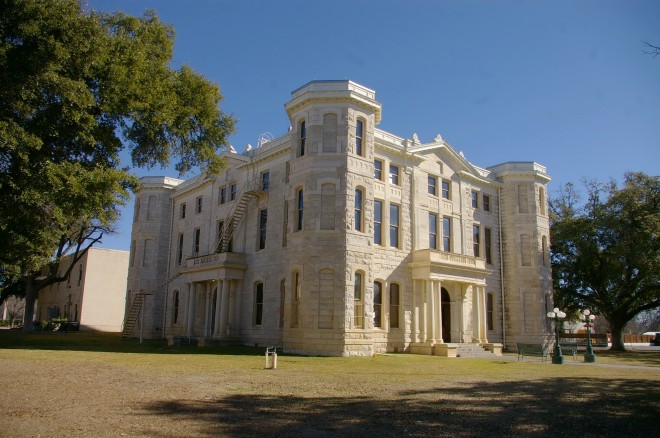 Val Verde County is named for the American Civil War Battle of Val Verdes which is the Spanish meaning “green valley”.

Description:  The building faces south and is a three story buff colored stone structure. The building is located on landscaped grounds in the center of the city. Each corner of the building has an octagonal shaped stone tower, The south front and east and west sides have small porticoes with four columns with balcony on the second story. On each side the roof rises to peaks. The roof line is flat. The building was restored in 1915. The architect was Atlee B Ayres. On the north side of Courthouse Square is the stone County Jail designed by Weidner & Walther and constructed by J & J Wrigley in 1956 and the County Attorney Office constructed in 1993. Description:  The building faces east and is a two story white colored structure. The rectangular building is located on the east side of the courthouse. The west side and east side have glass paneled entrances. The windows are vertical and the roof line is flat. The building is known as the Alicemae Fitzpatrick Building. Description:  The building faces southeast and is a three story cream colored stucco structure. The southeast front has three arched entrances and arched windows on the first story. The second story has small balconies. There is a cornice below the third floor. The hipped roof is red colored title. The building was formerly the Post Office.  The building was converted for use as a courthouse in 1996. 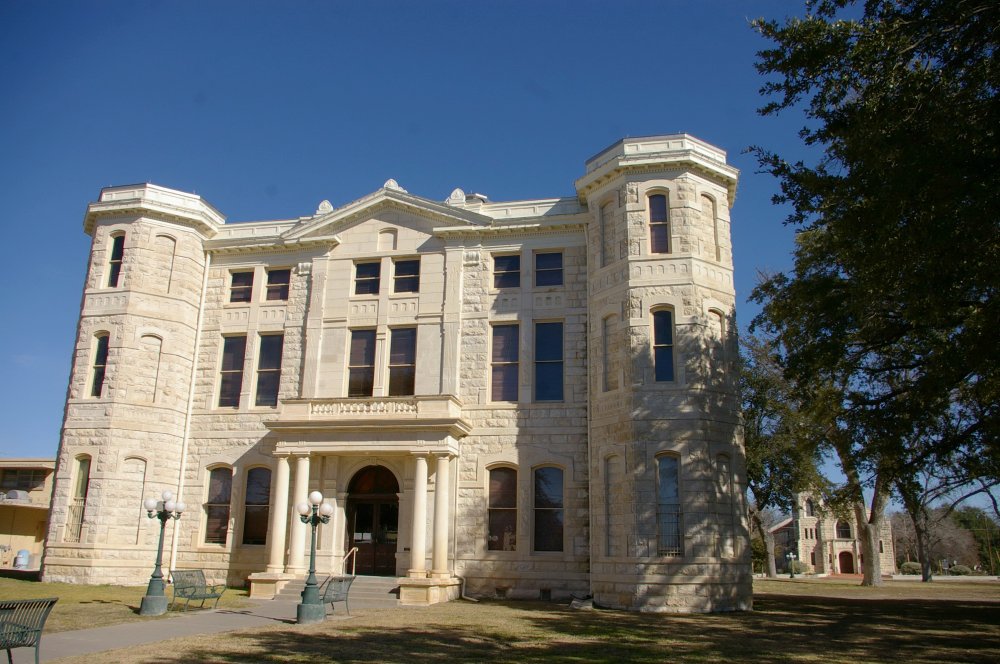 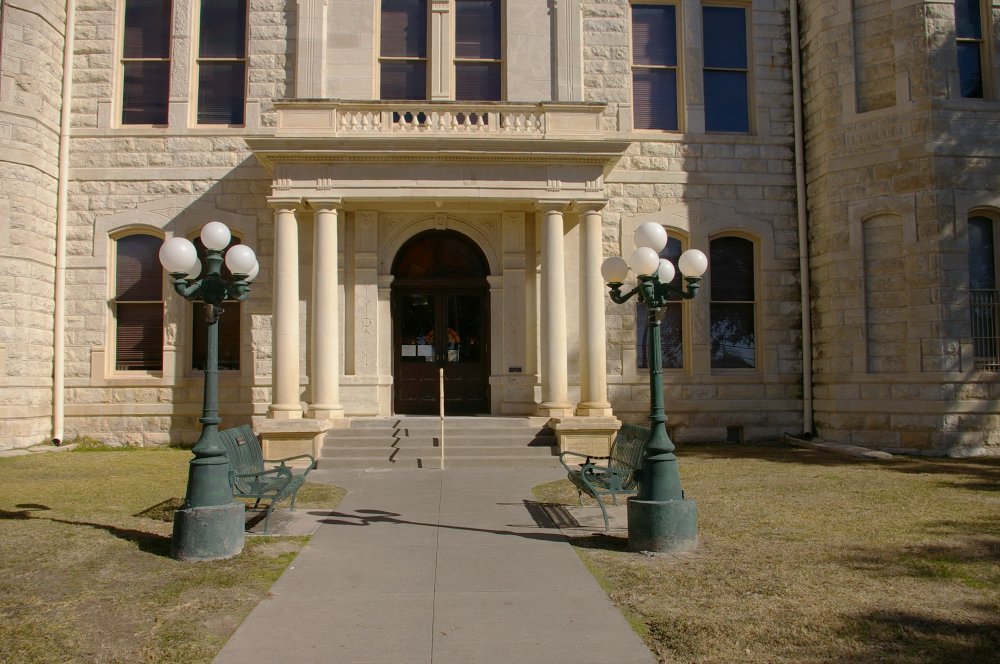 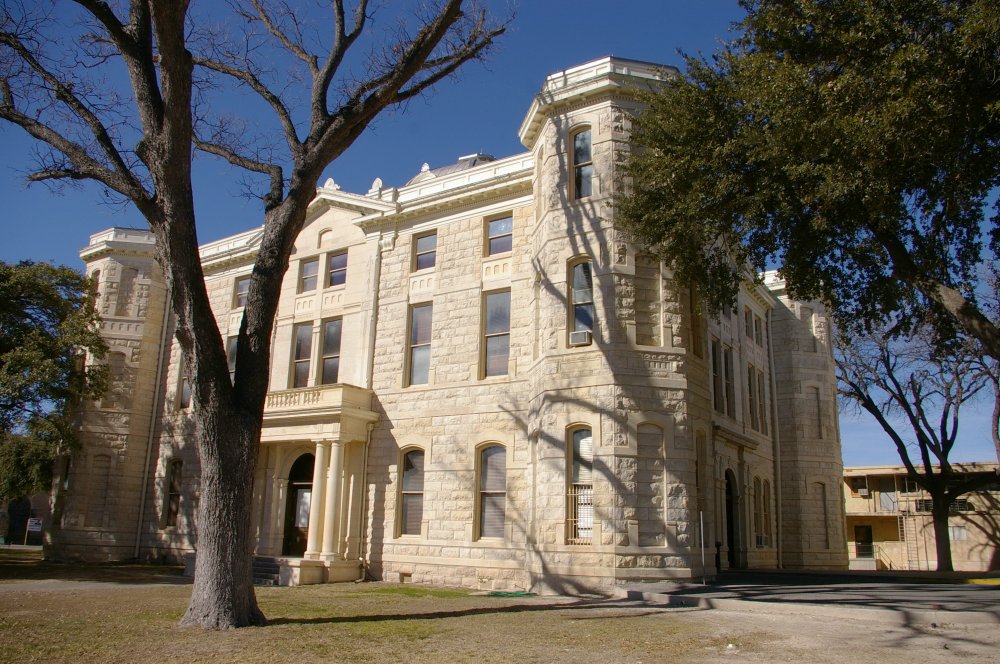 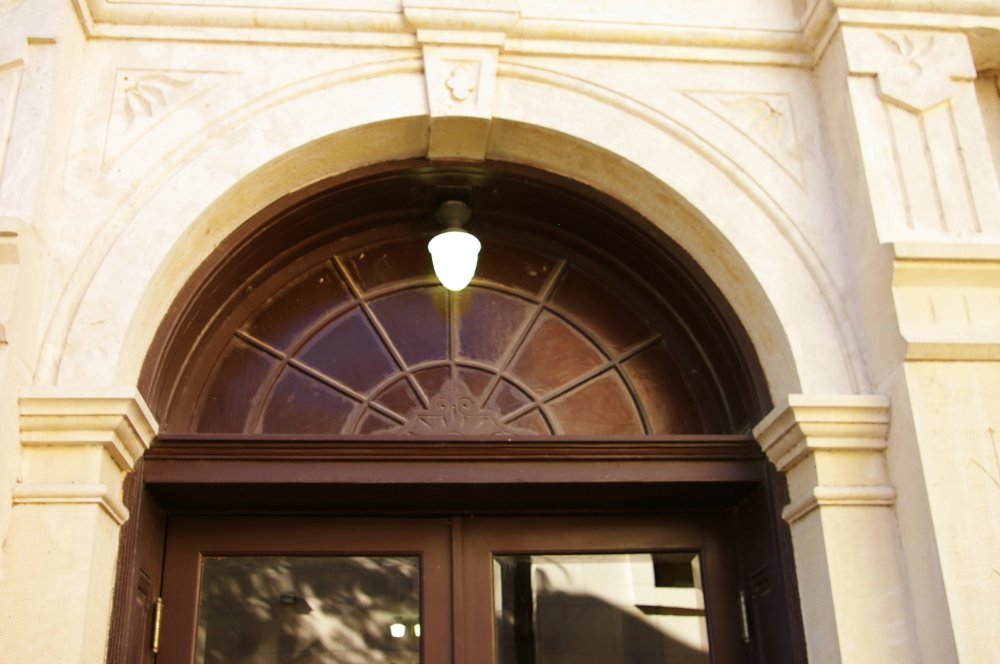 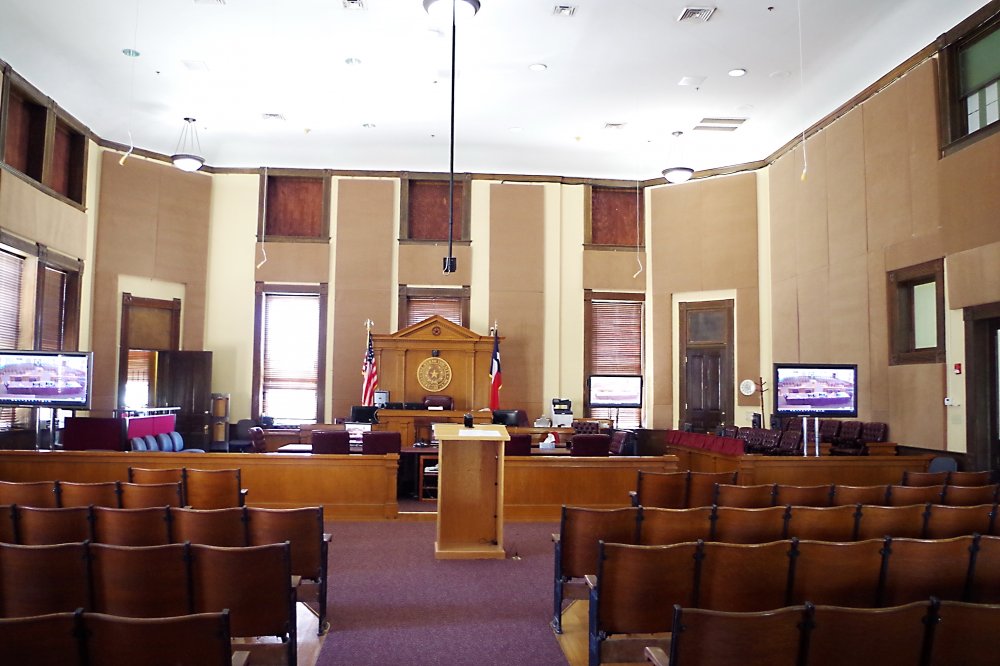 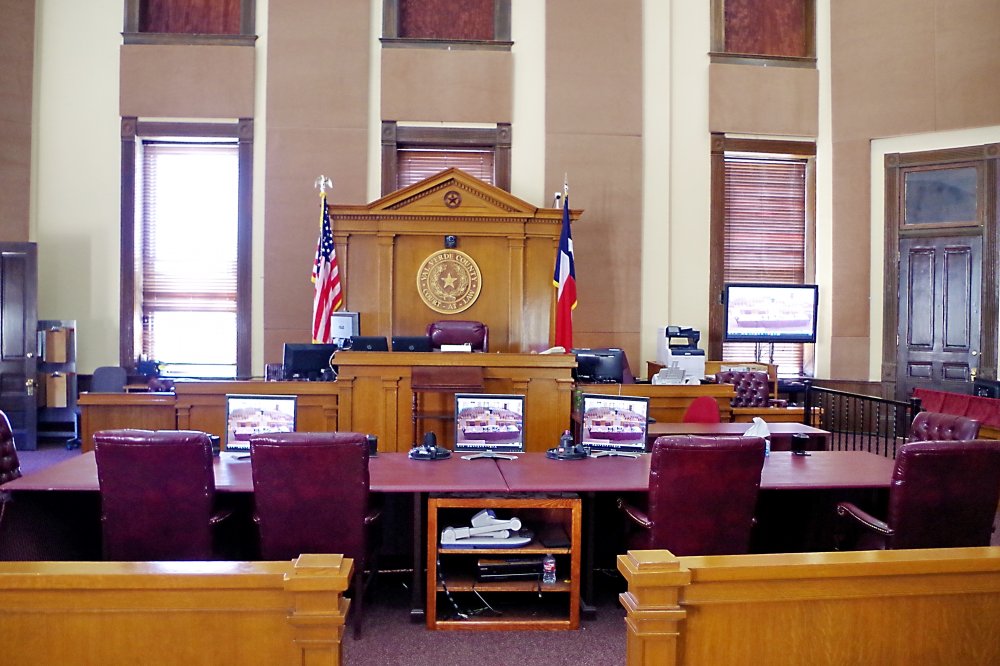 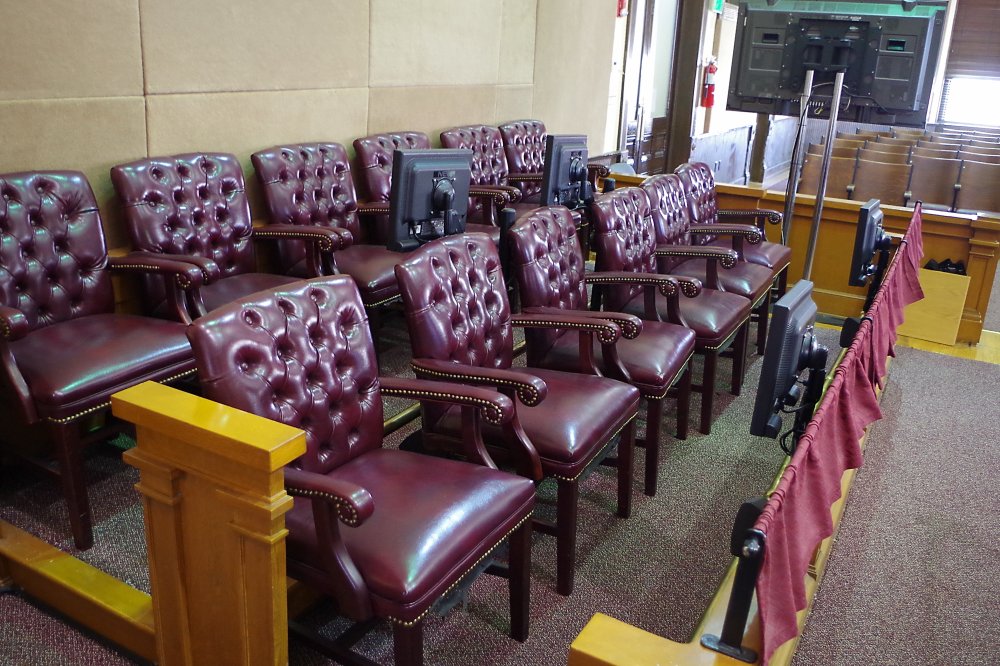 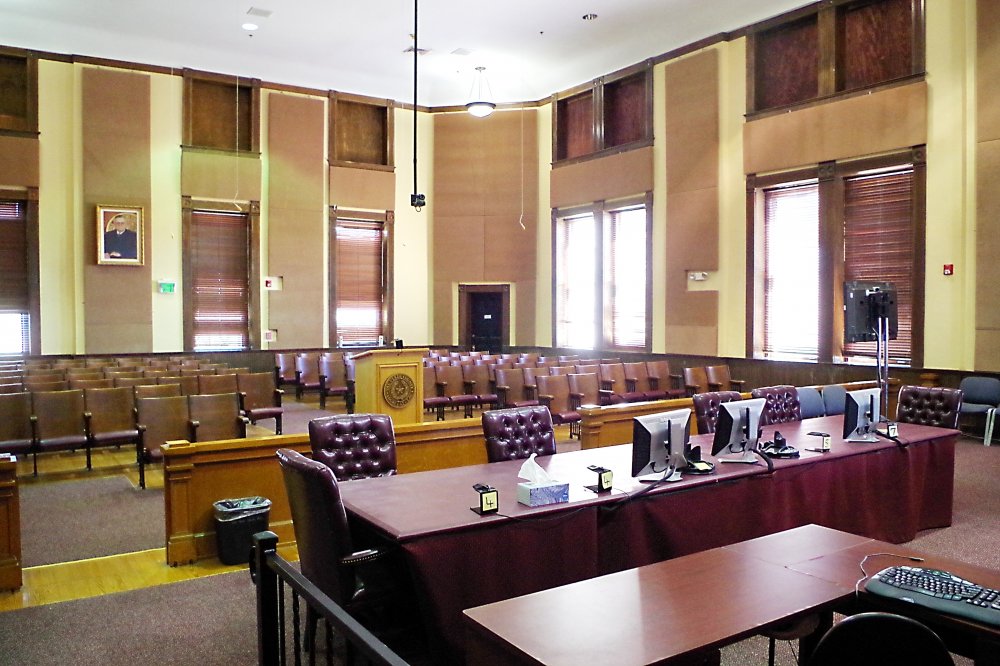 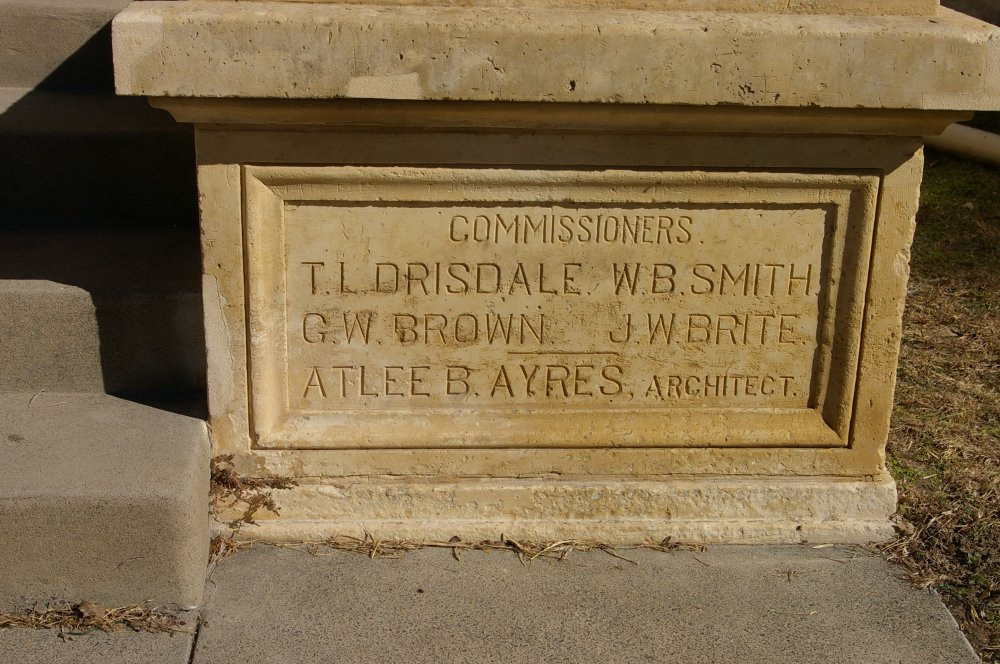 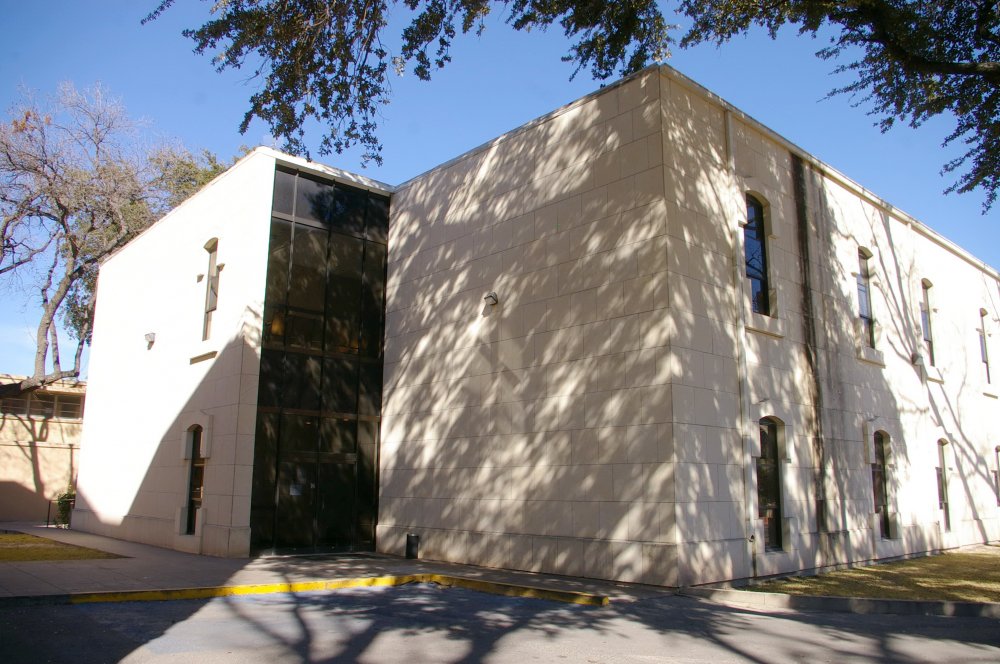 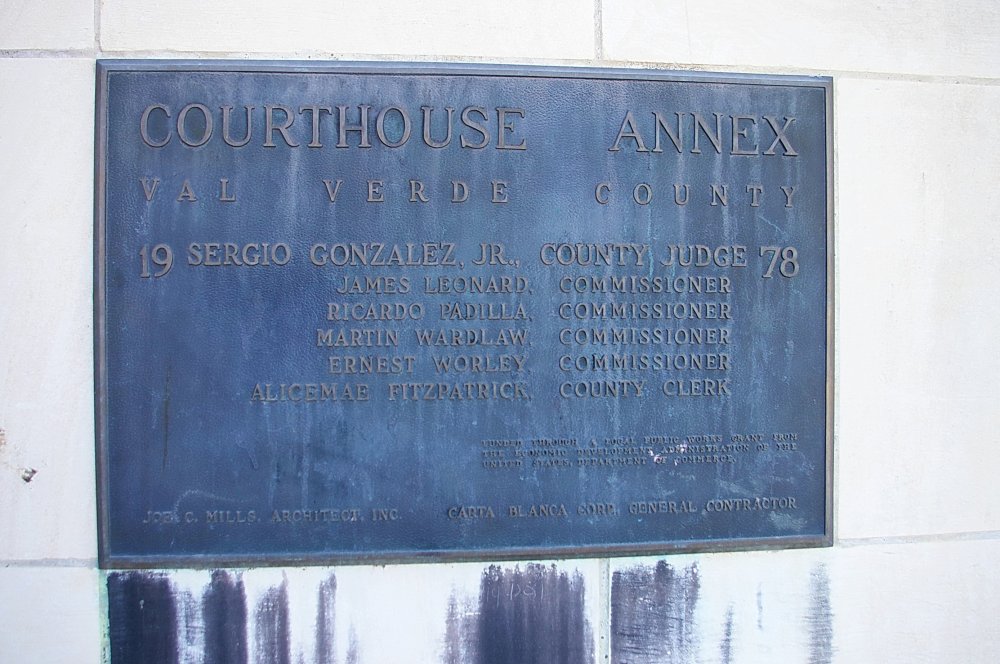 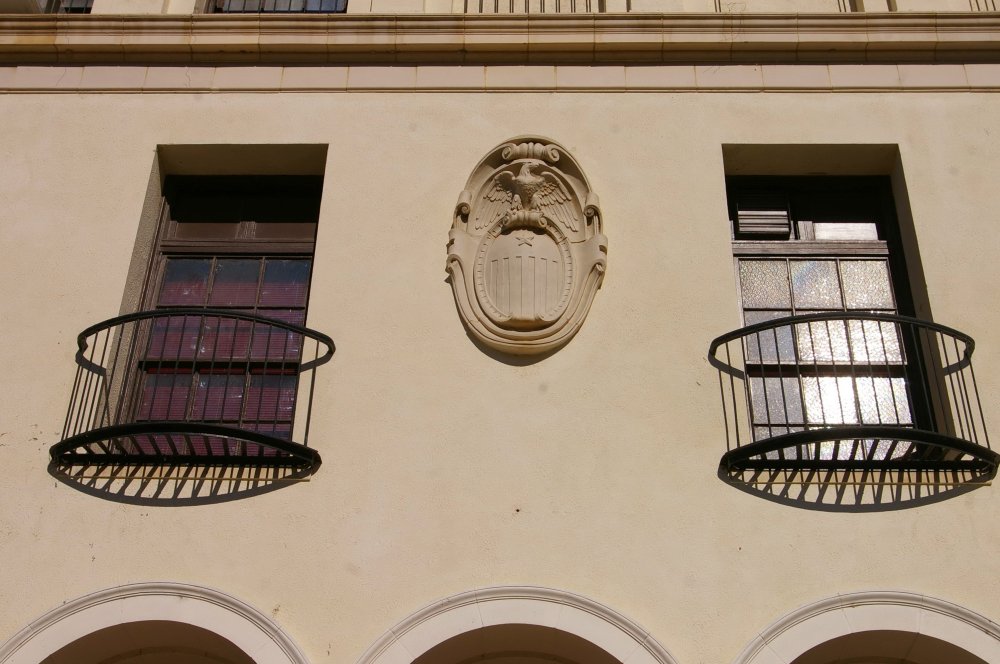