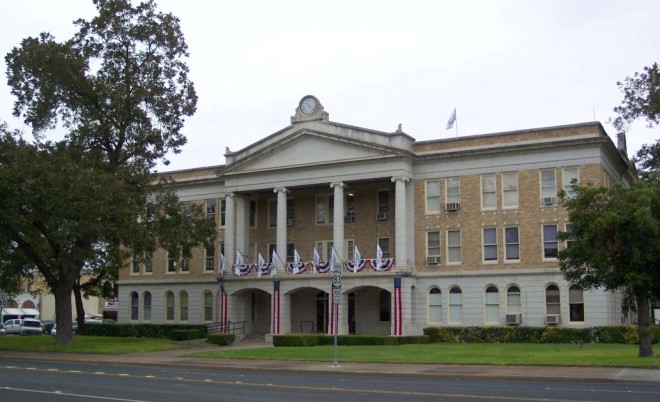 Uvalde County is named for Juan de Ugalde, who was the Spanish Governor of Coahuila and a Spanish General who won a battle against 300 Apaches in the Sabinal River Canyon on January 9, 1790.

Description:  The building faces southwest and is a three story buff colored brick and limestone structure.  The building is located on landscaped grounds and has a large portico supported by three wide arches on the first story and four columns on the second and third stories. Above is a pediment with clock at the top. The first story has white colored stone.

Note:  The first courthouse was built in 1877. The second and previous courthouse was designed by Benjamin Franklin Trestler and constructed by John Cormack in 1890. 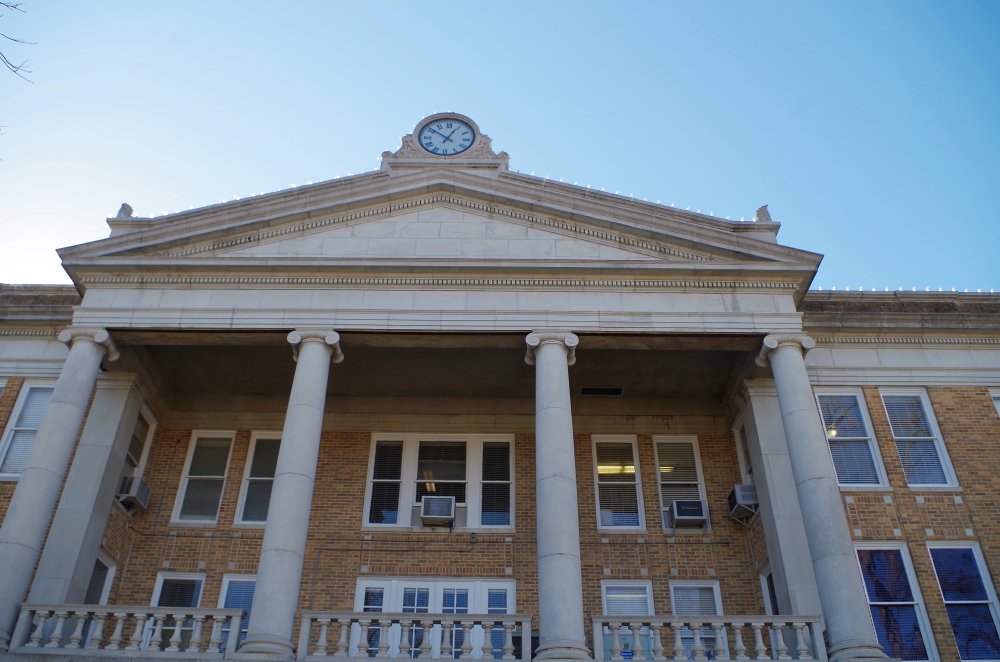