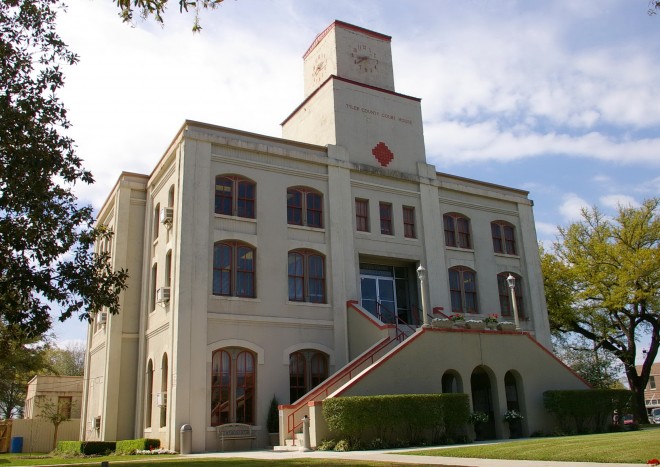 Tyler County is named for John Tyler, who was the tenth president of the United States from 1841 to 1845. 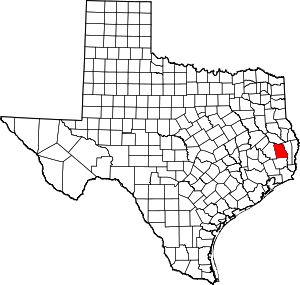 Description:  The building faces north and is a three story buff colored brick structure. The building is located on spacious landscaped grounds in center of Woodville. The north front has a large staircase to the second story entrance. The windows are arched. Above the entrance are three small windows on the third story and a large square tower with smaller tower on the fifth story.  The roof line is flat. The addition on the south side was constructed in 1935 to 1937 under the Works Progress Administration. The architect was W C Meador.