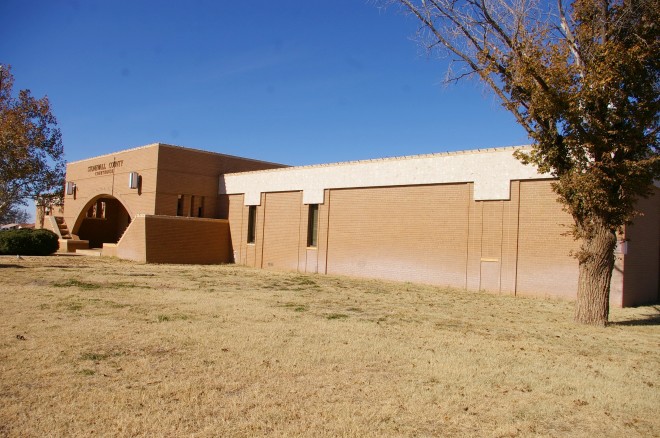 Stonewall County is named for Thomas Johnathan  “Stonewall” Jackson, who was a famous Confederate General. 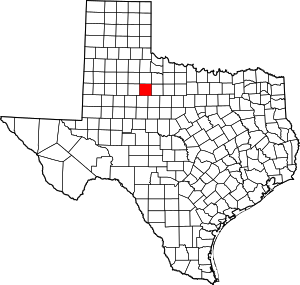 Description:  The building faces south and is a one story buff colored brick with stone details and concrete structure. The building is located on landscaped grounds in the center of the city. The south front has a large central porch with wide arch. A wide horizontal band runs along the flat roof line.

Note: The first courthouse was built in Rayner in 1891. The building is now a private residence. The second and previous courthouse was designed by Elmer George Withers and constructed by L R Wright & Company.in Aspermont in 1911. 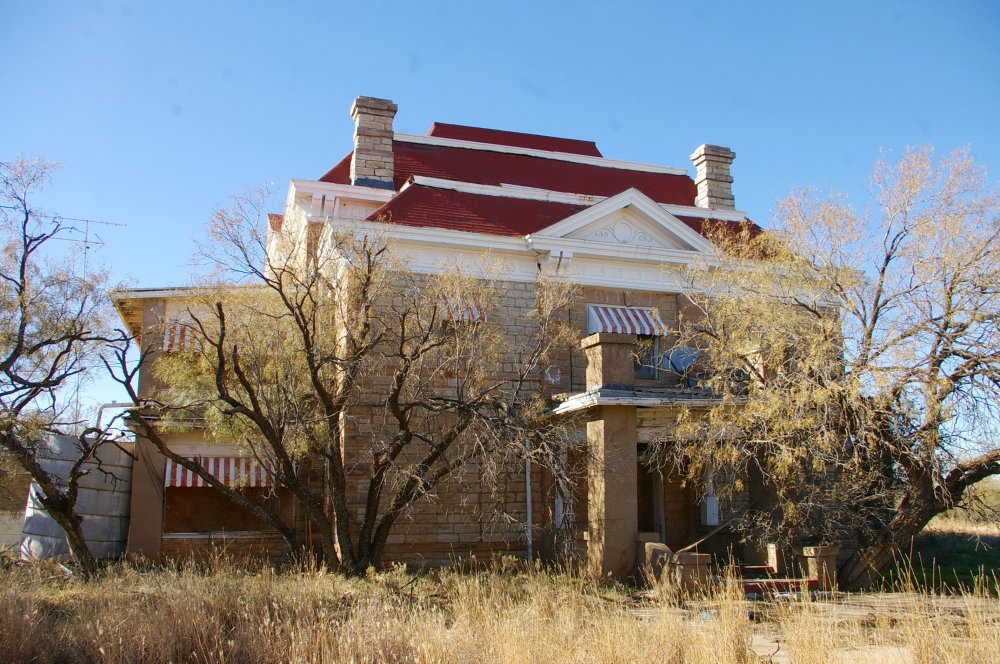 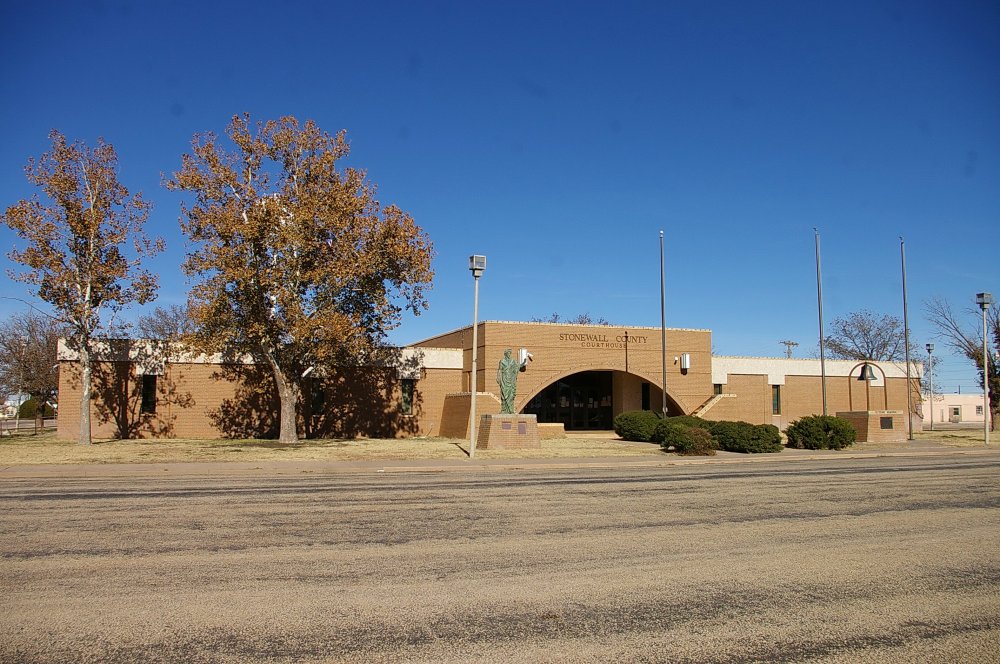 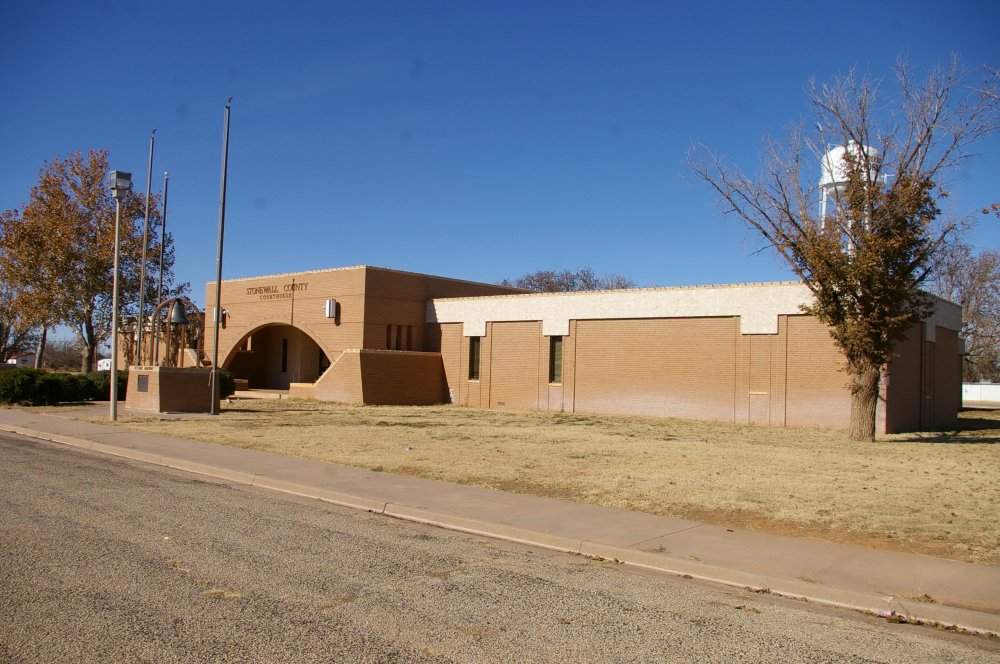 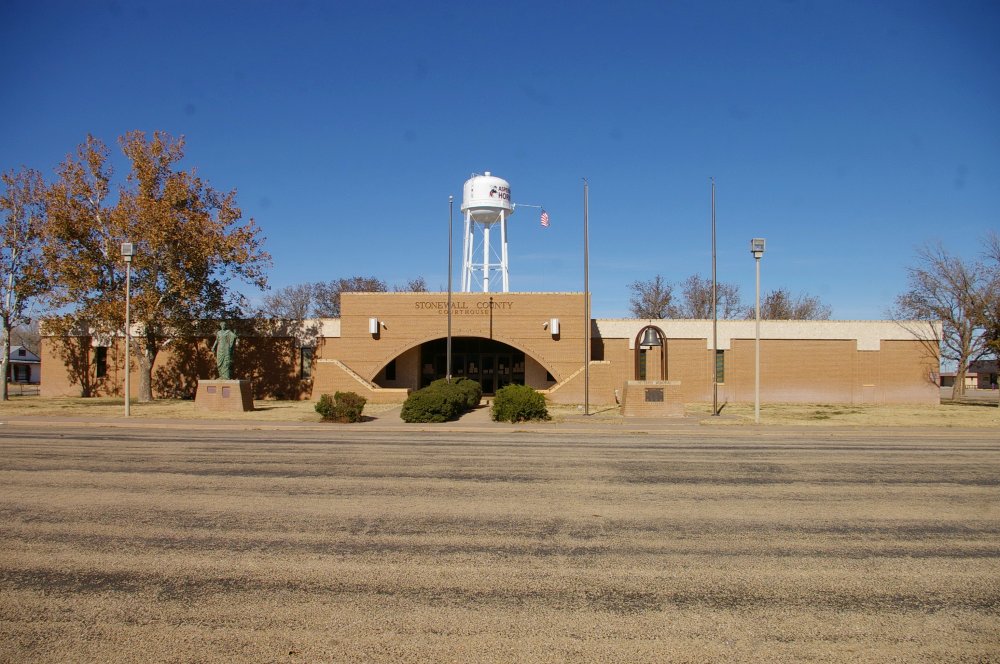 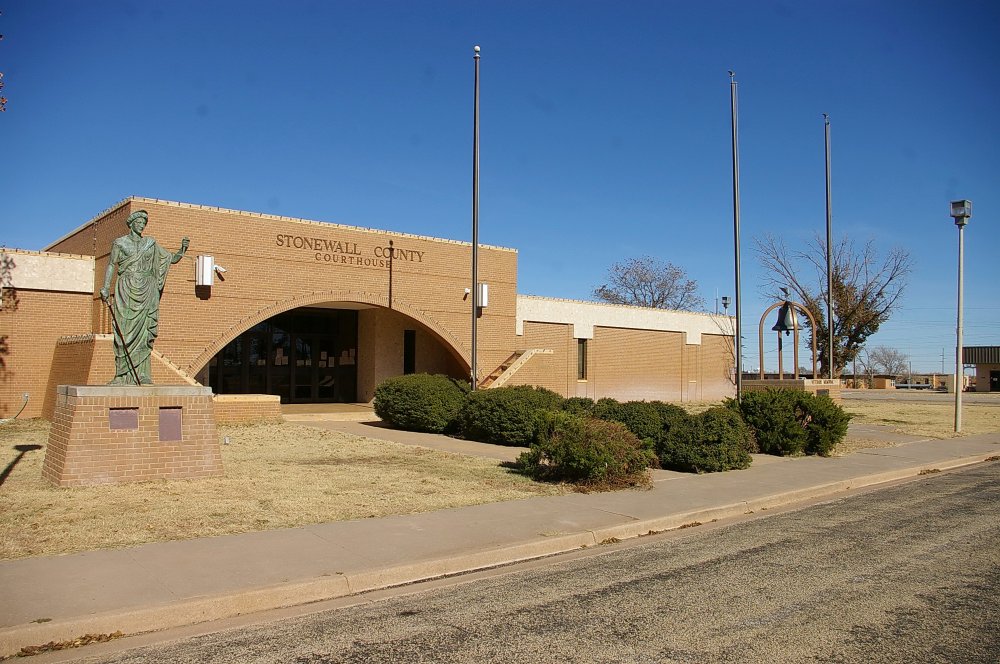 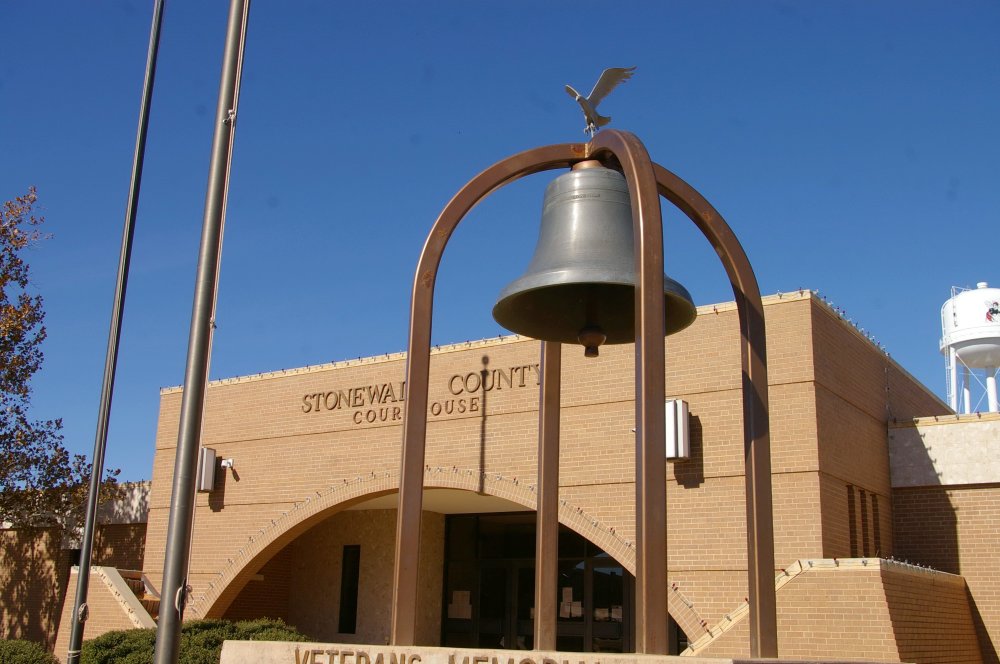