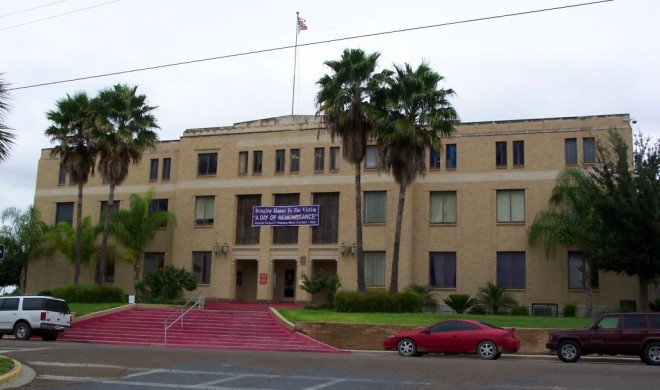 Starr County is named for James Harper Starr, who was a treasurer for the Republic of Texas and a Confederate official.

Description:  The building faces south and is a three story buff colored brick and concrete structure. The building is located on spacious landscaped grounds on the north side of the center of the city. The south front of the building has three rectangular openings at the entrance and three rectangular openings above the entrance on the second story. A white colored horizontal band runs along the bottom of the third story. Above the third story is a raised frieze along the roof line. The buildings was a Work Projects Administration project.The architect was Stanley Bliss and the contractor was H H Moeller. An addition was constructed in 1976. The architect was Gene P Hobart and the contractor was F R Hernandez Construction Company. The building was renovated in 1986. The contractor was D & F Industries and Frank Hausenfluck. 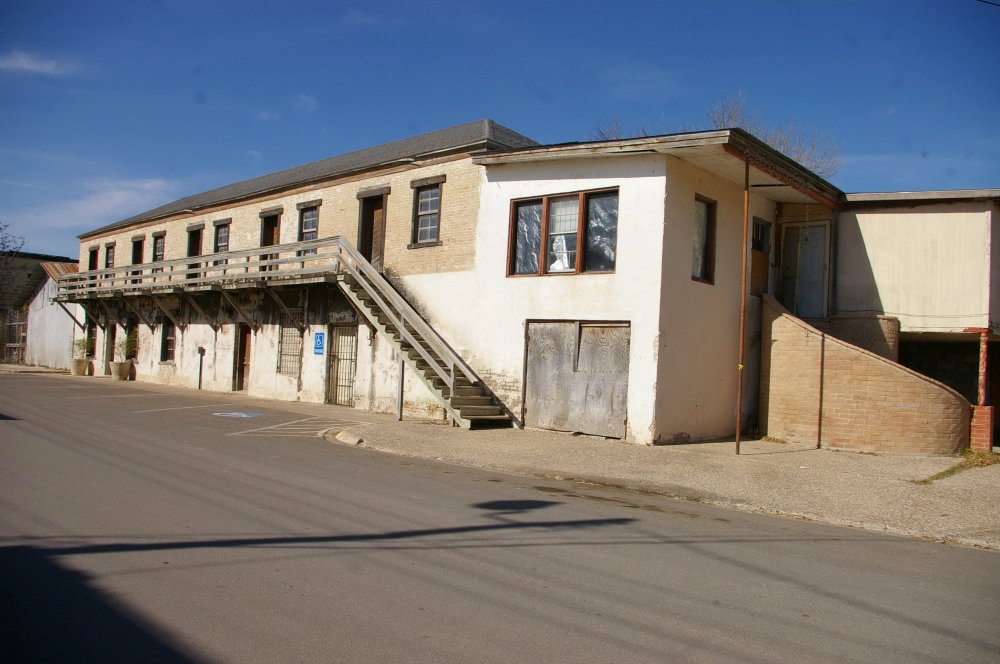 Description:  The building faces south and is a two story buff colored brick structure. The building is located in the center of the city. The building has a second story balcony with stair at the east end. The hipped roof is green color. The building was built as a warehouse by Mifflin Kenedy and served as the courthouse until 1886. The building houses the office of the Rio Grande City Municipal Court. 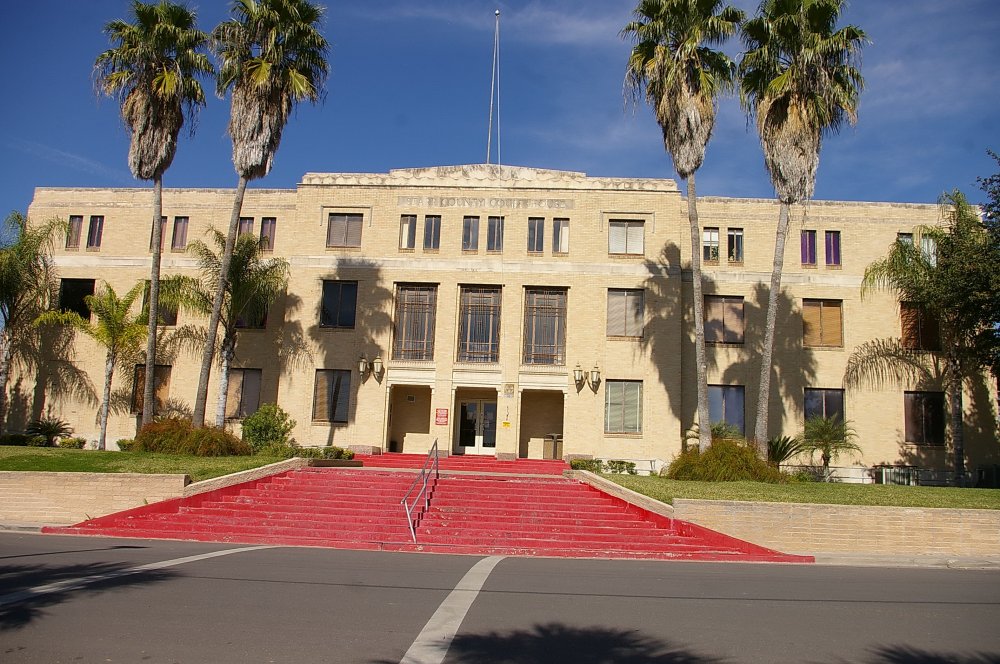 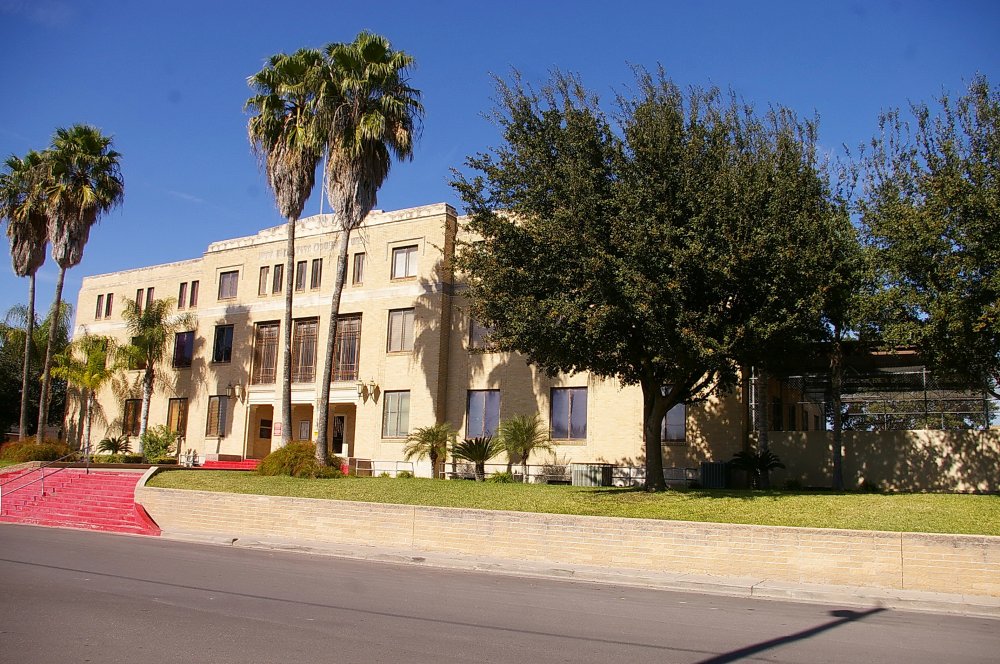 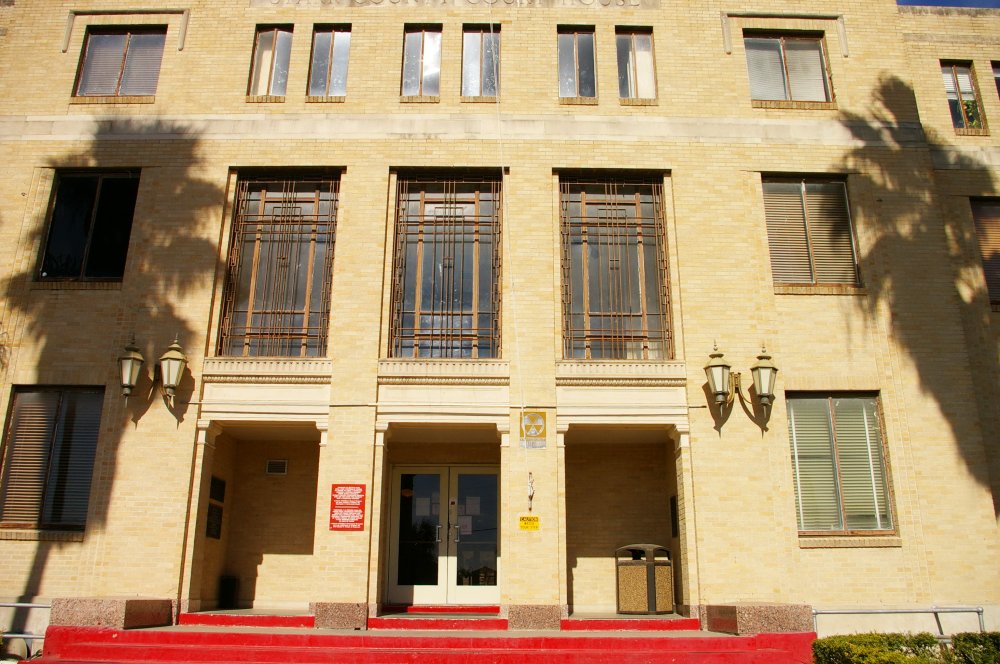 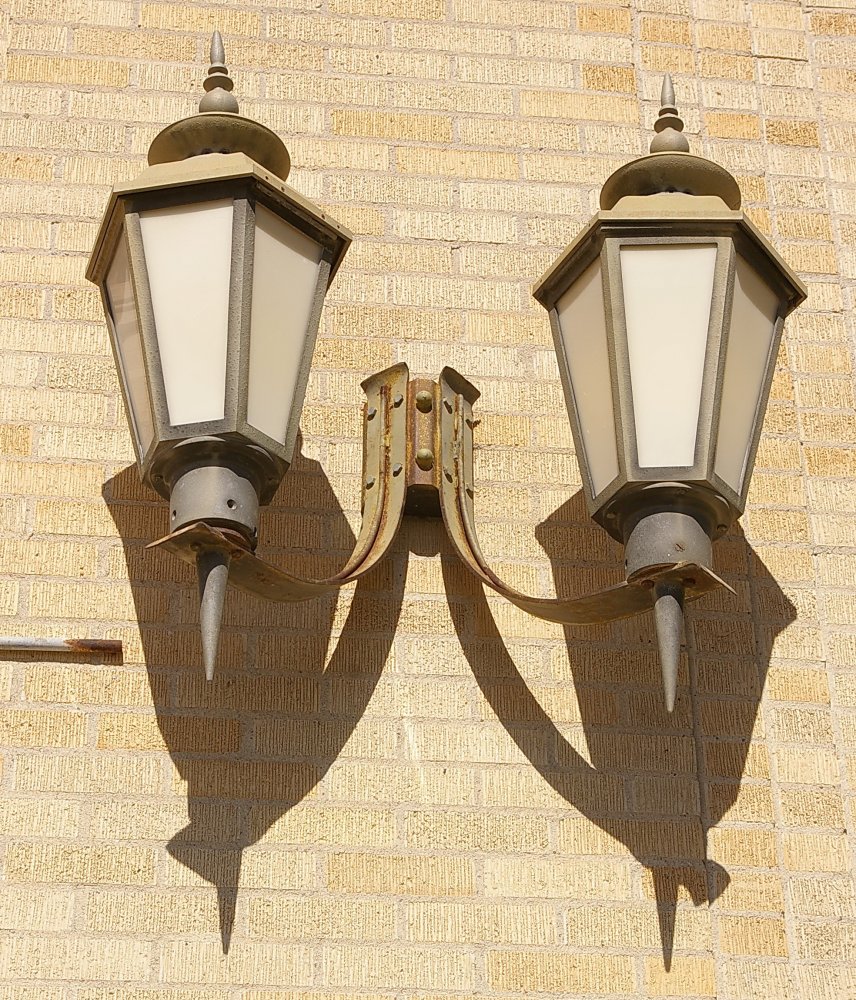 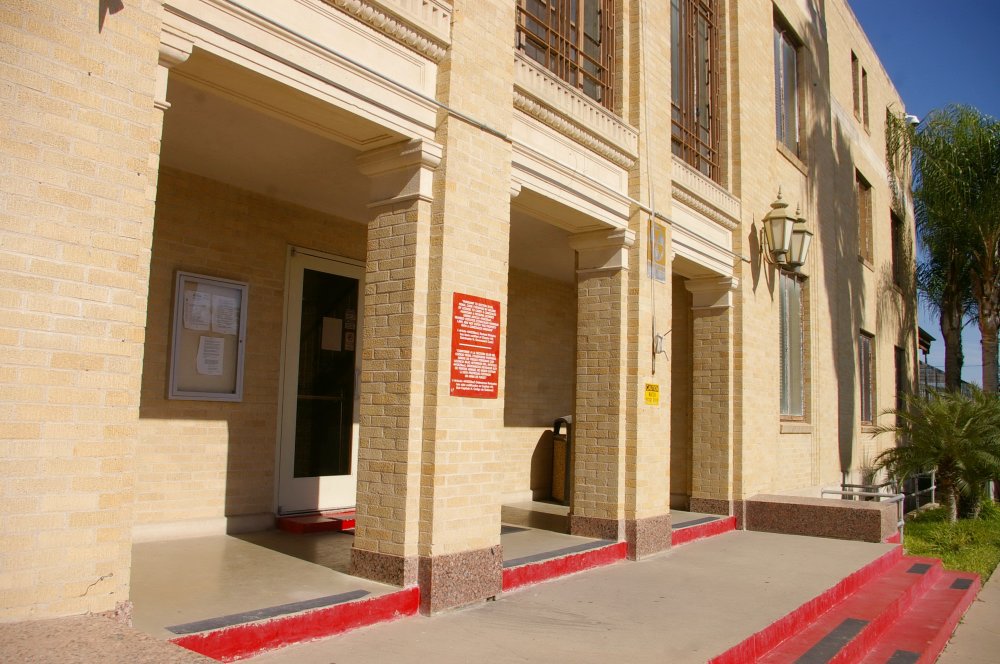 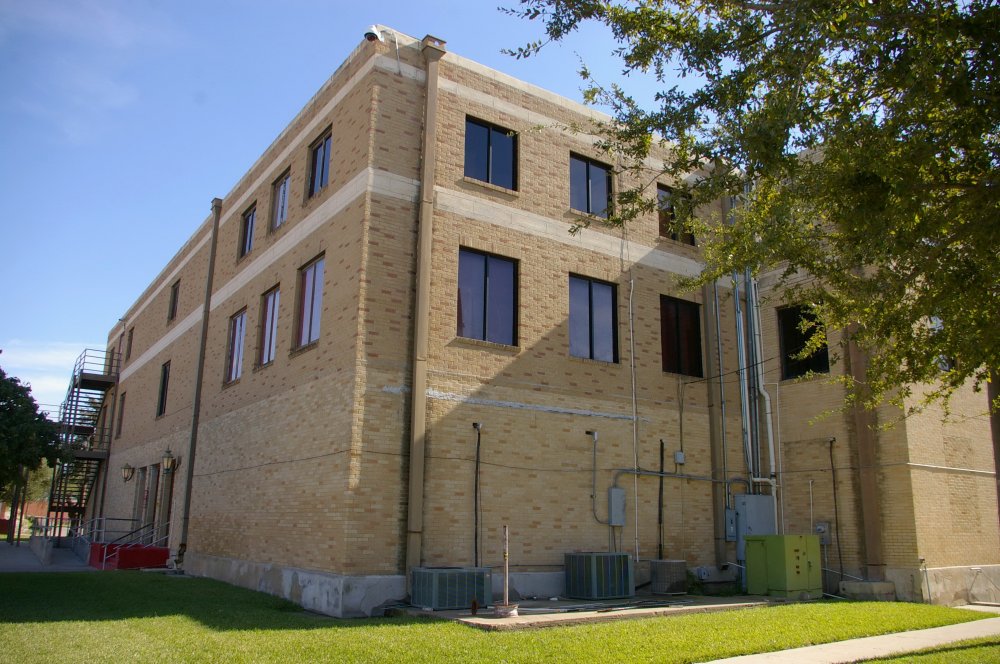 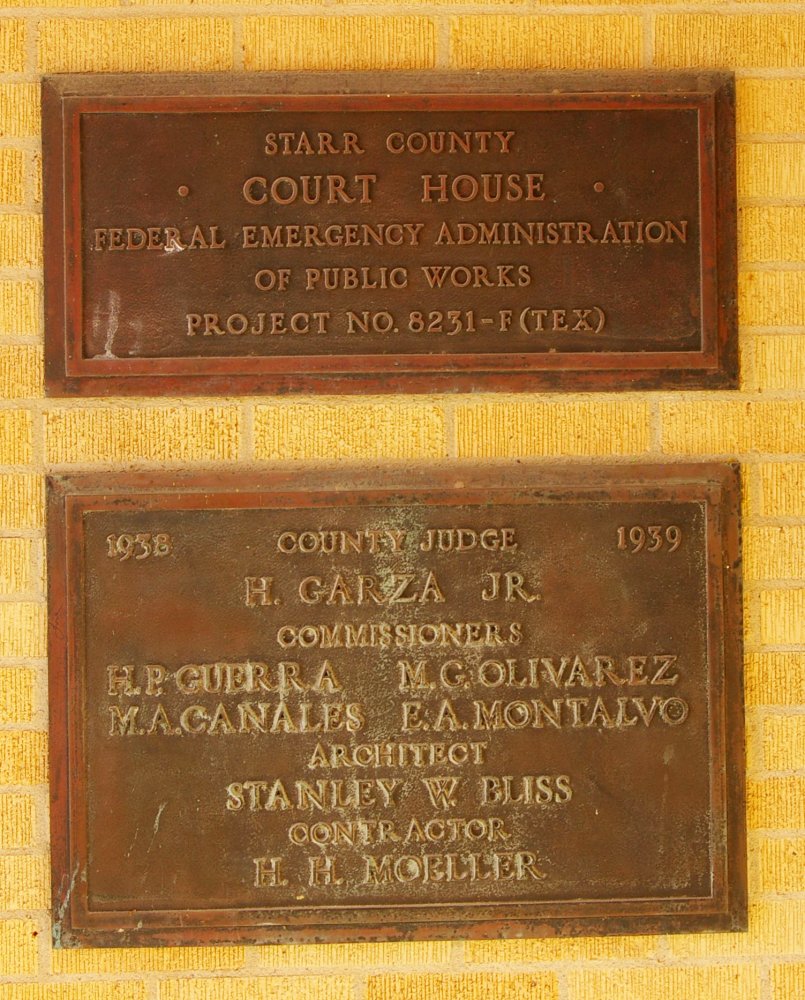 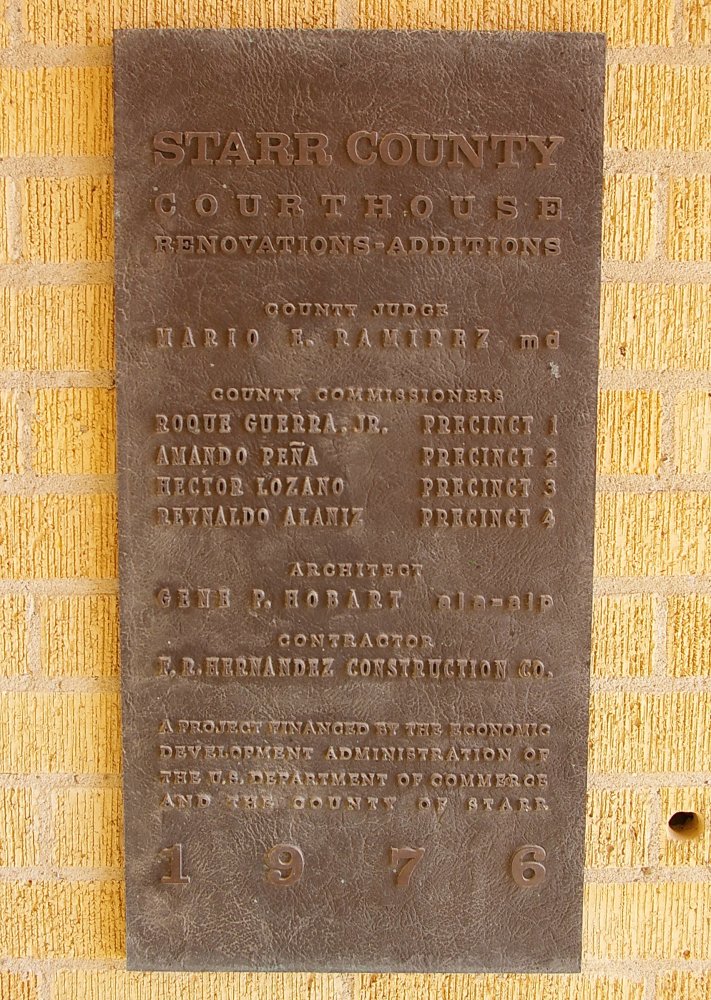