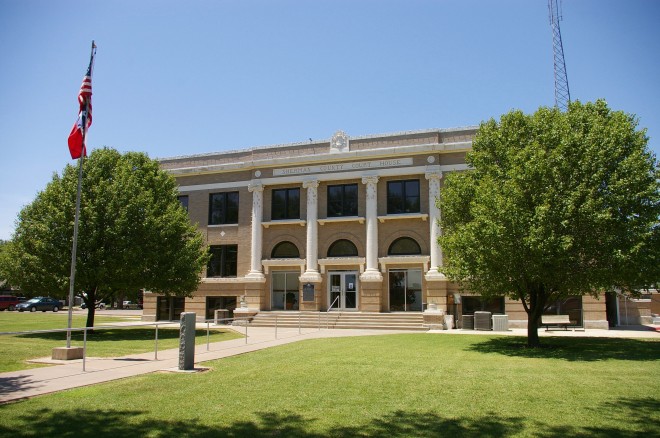 Sherman County is named for Sidney Sherman ( 1805-1873 ), who was a general and key leader in the Texas Army during the 1836 Texas Revolution and afterwards in the Republic of Texas.

Description:  The building faces south and is a three story buff colored brick and concrete structure. The building is located on spacious landscaped grounds in the center of the city. The south front has four large white colored columns with the three entrance doors between. There are three arched windows above the doors. A white colored ridge runs around the flat roof line. The base of the building is stone. The courtroom is located in the center of the first story.  On the north side is the low jail structure constructed in 1972. The architect was Kerr & Kerr of Amarillo and the contractor was Wiley Hicks, Inc. of Plainsview. 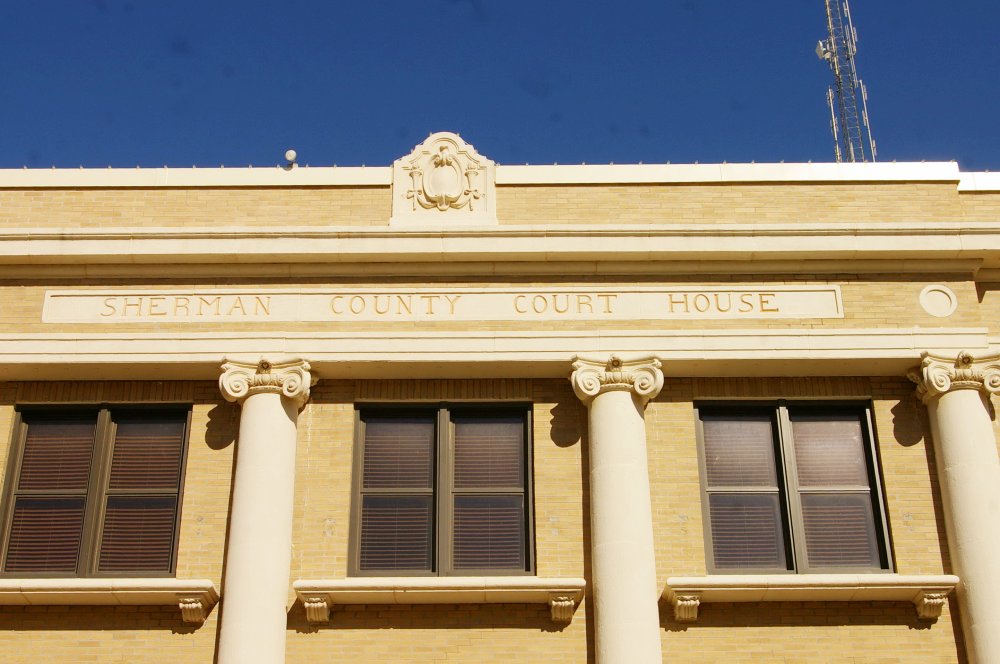 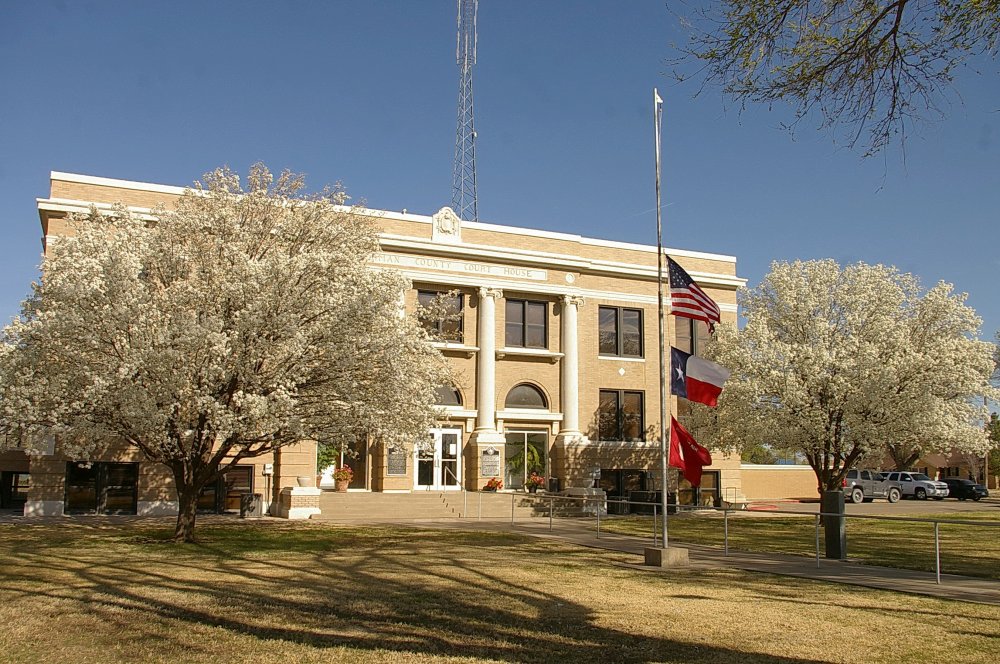 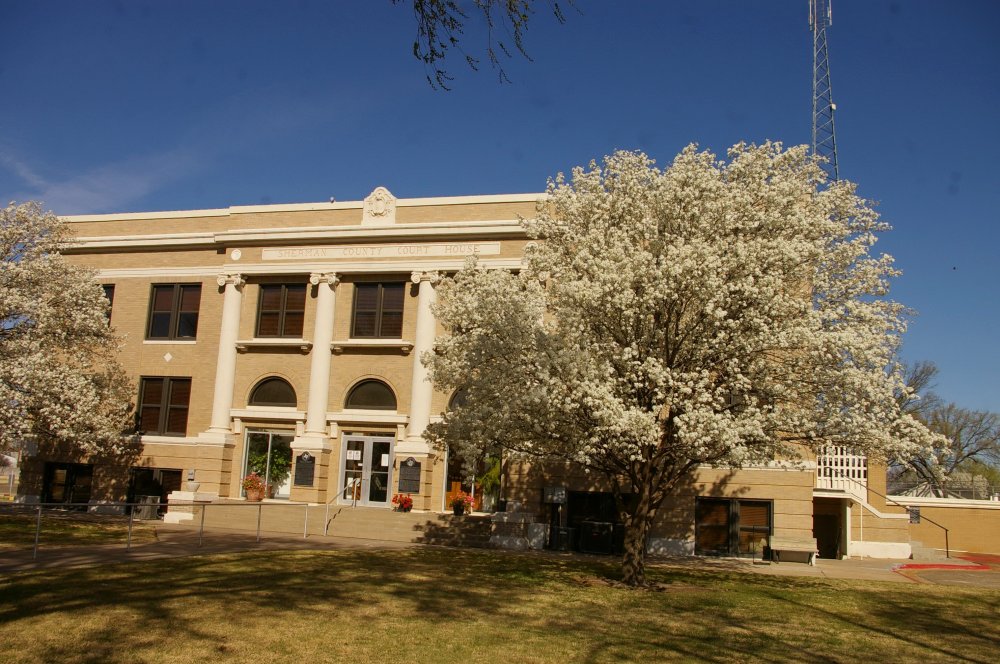 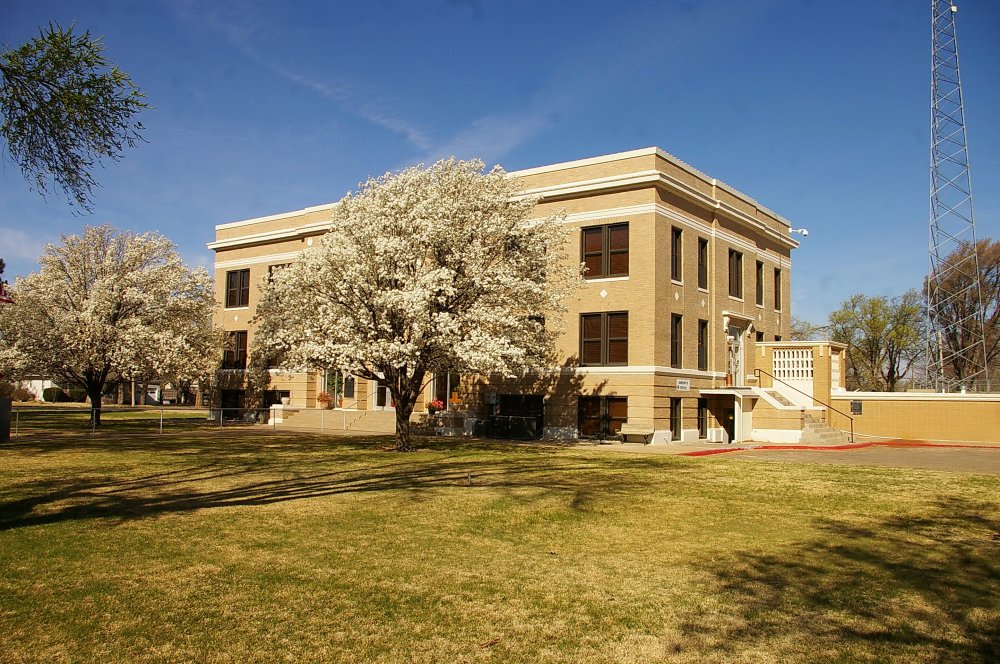 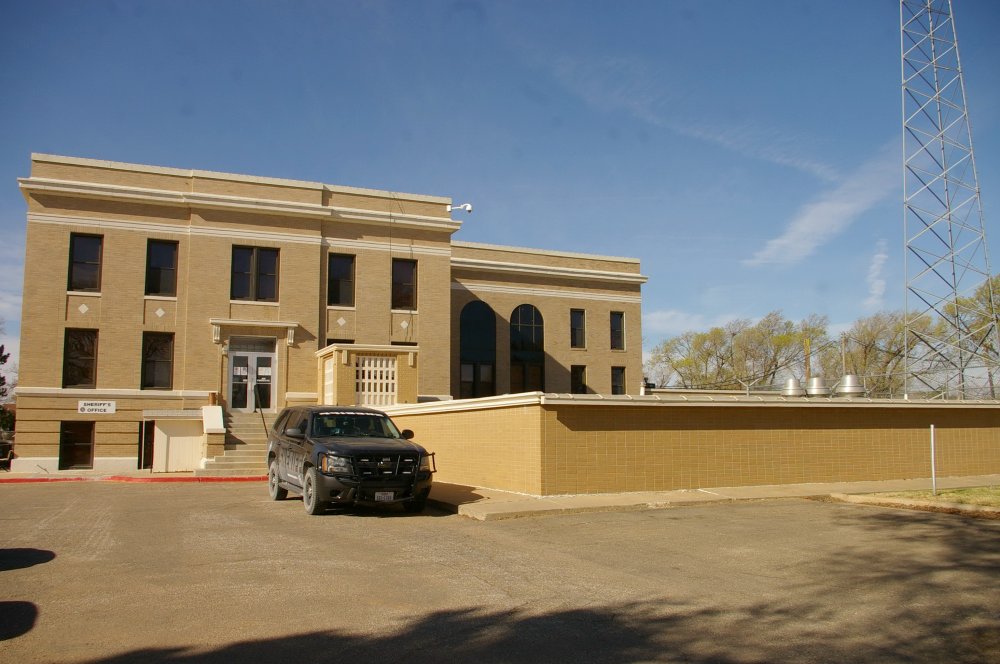 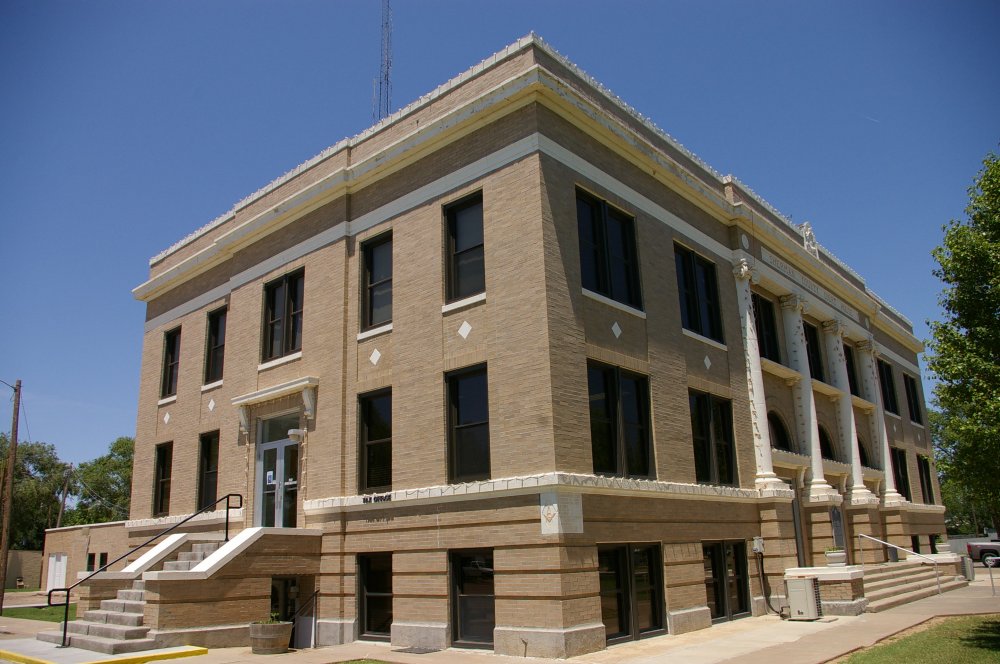 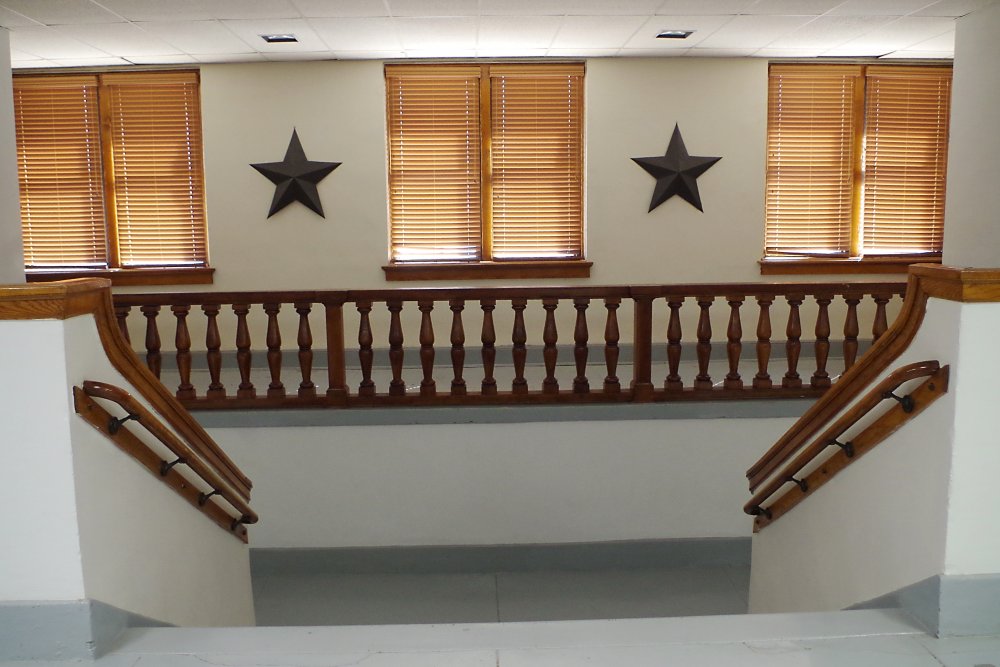 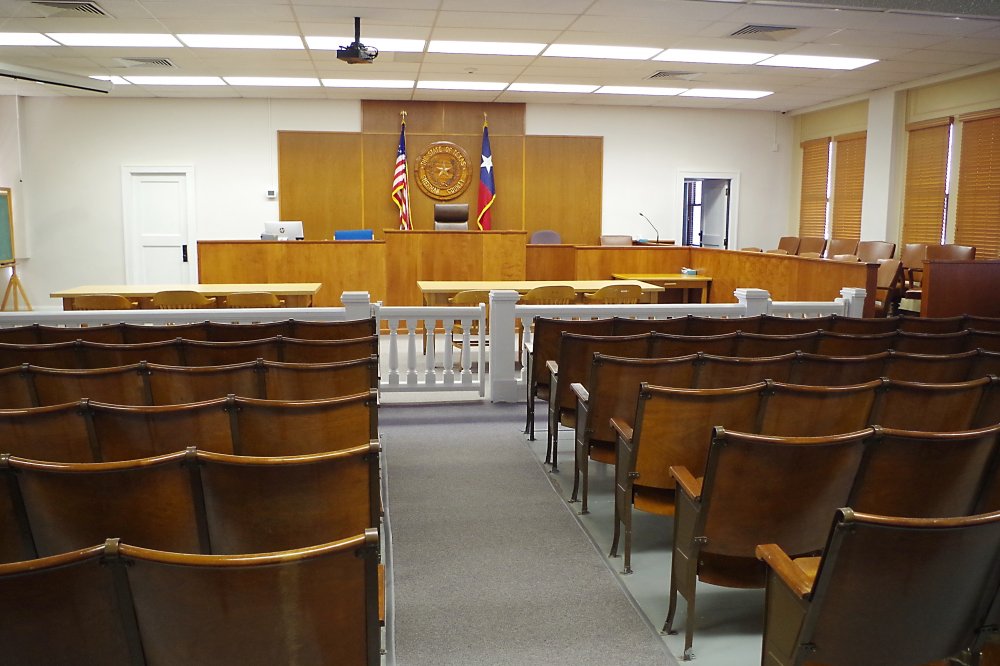 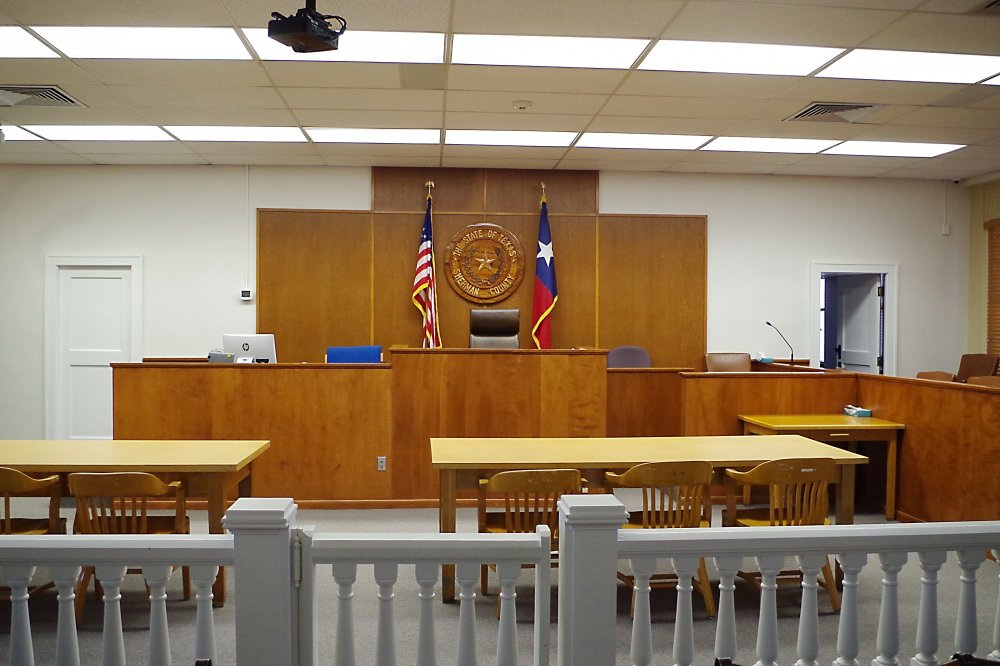 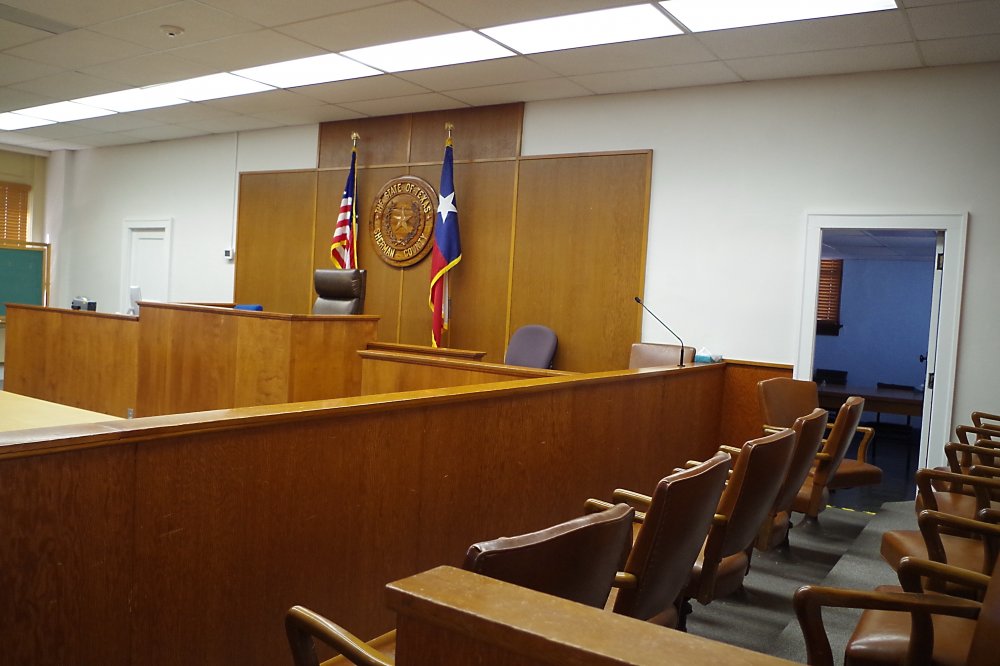