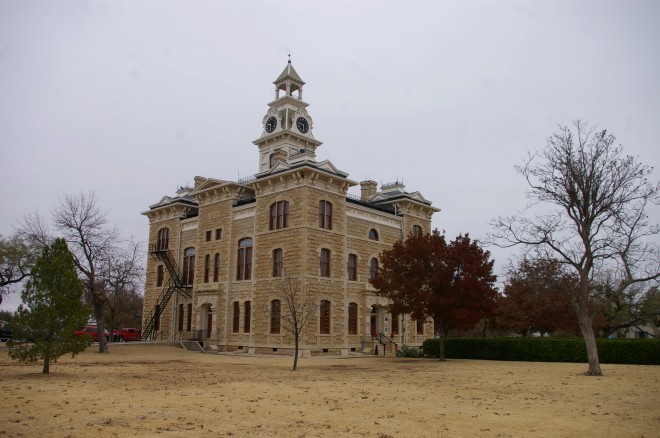 Shackelford County is named for Jack Shackelford, who was a soldier during the Texas Revolution.

Description:  The building faces west and is a three story native buff colored limestone structure. The building is located on spacious grounds in the center of the city. The west front has a large square tower on each corner and central entrance on the first story. The east side also has a square tower on each corner. On the center of the roof is a high square clock tower with open cupola at the top. The superintendent during construction was Edgar Rye. The building was restored in 2001. The architect was Kim H Williams and the contractor was Phoenix Restoration Construction, Ltd. On the northeast corner of the courthouse square is the old stone jail.

Note:  The previous courthouse was constructed in 1875. The cost of construction of the present courthouse was $49,433.75 and the south was quarried southwest of the town. C Harris Company of Seymour  won the construction bid but defaulted and was replaced by Ferrier Brothers and Wirz. 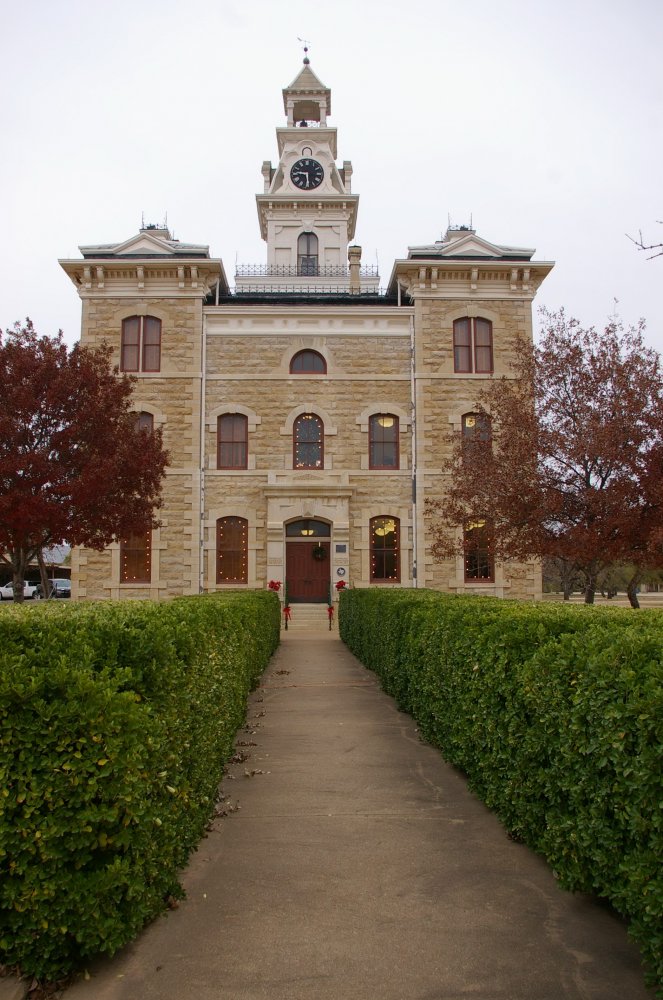 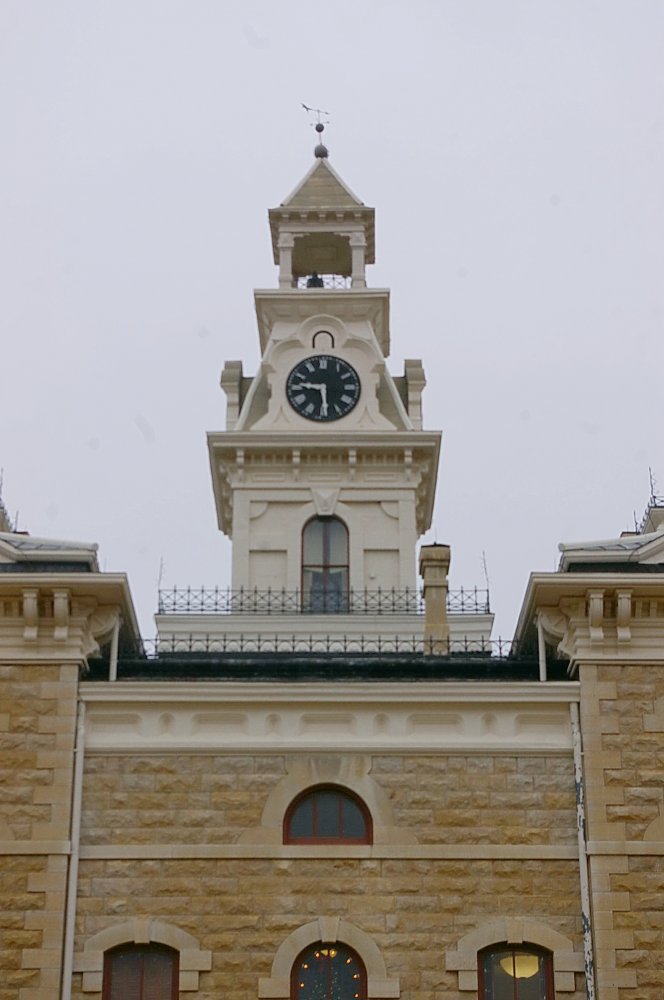 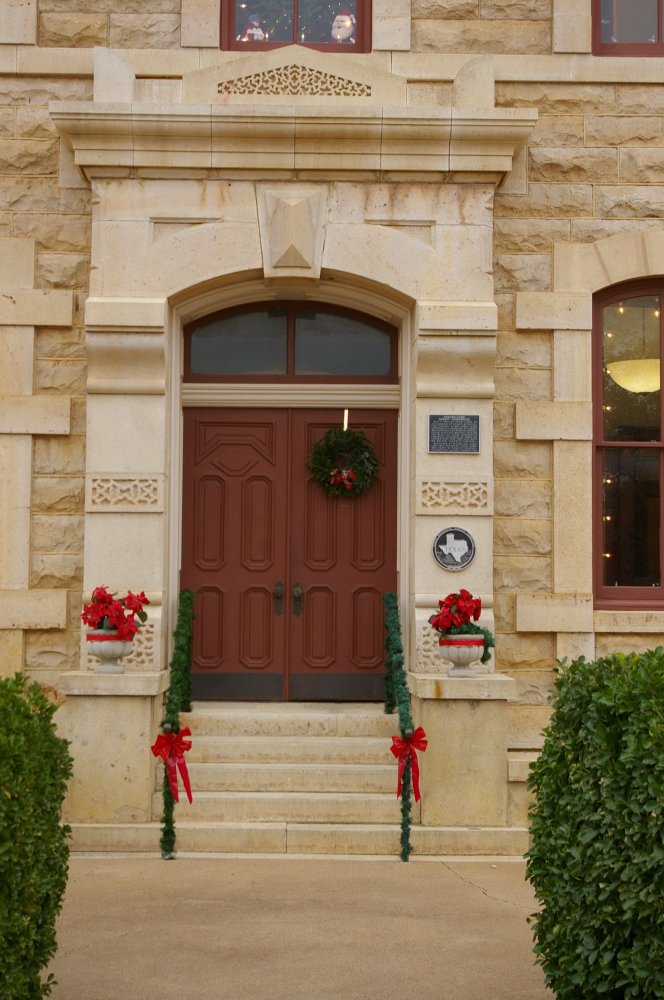 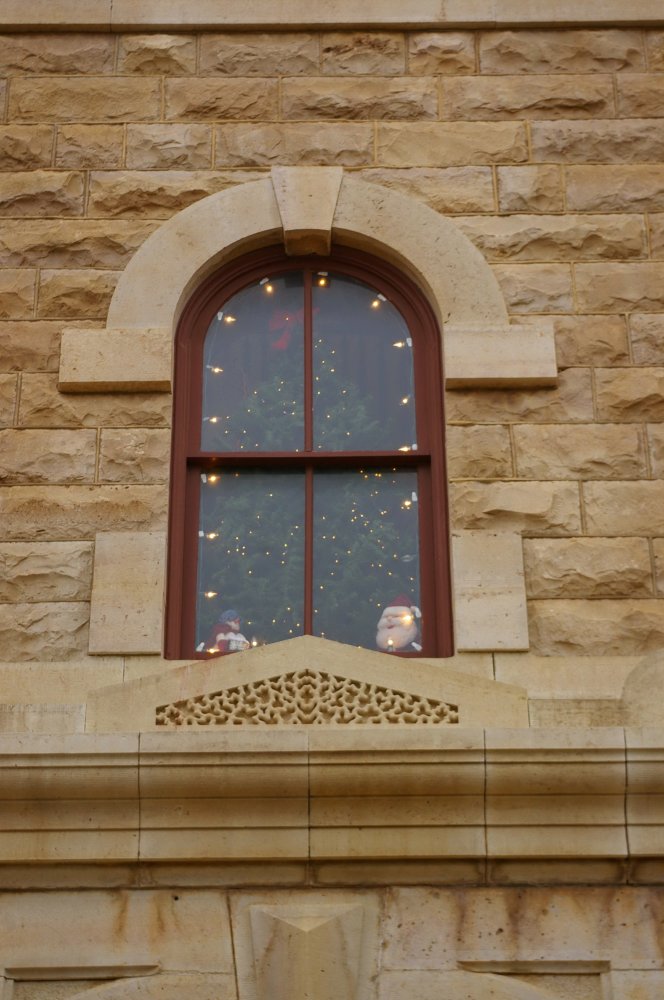 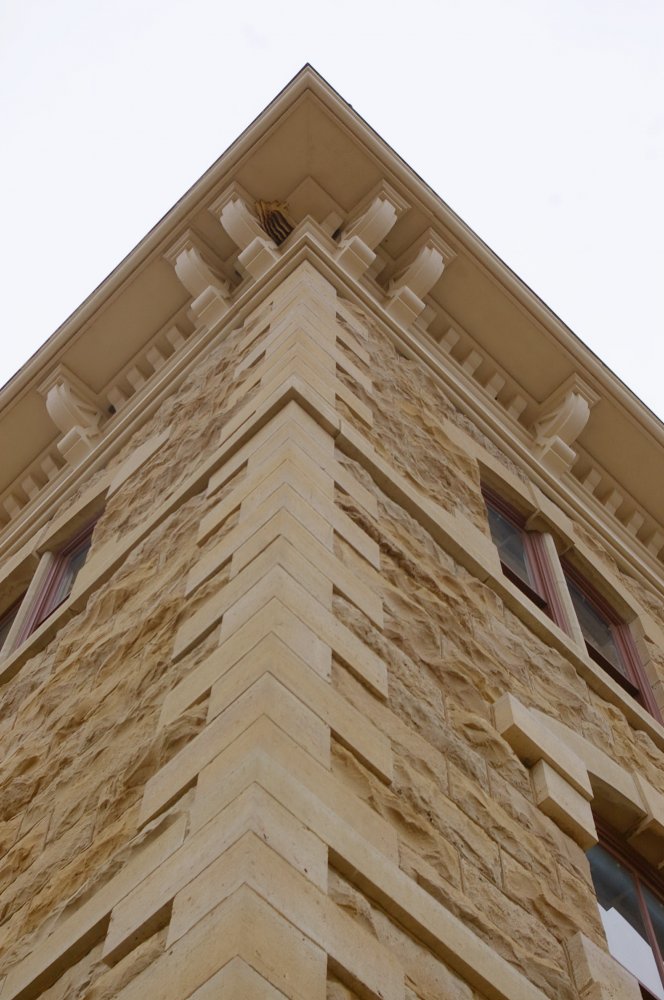 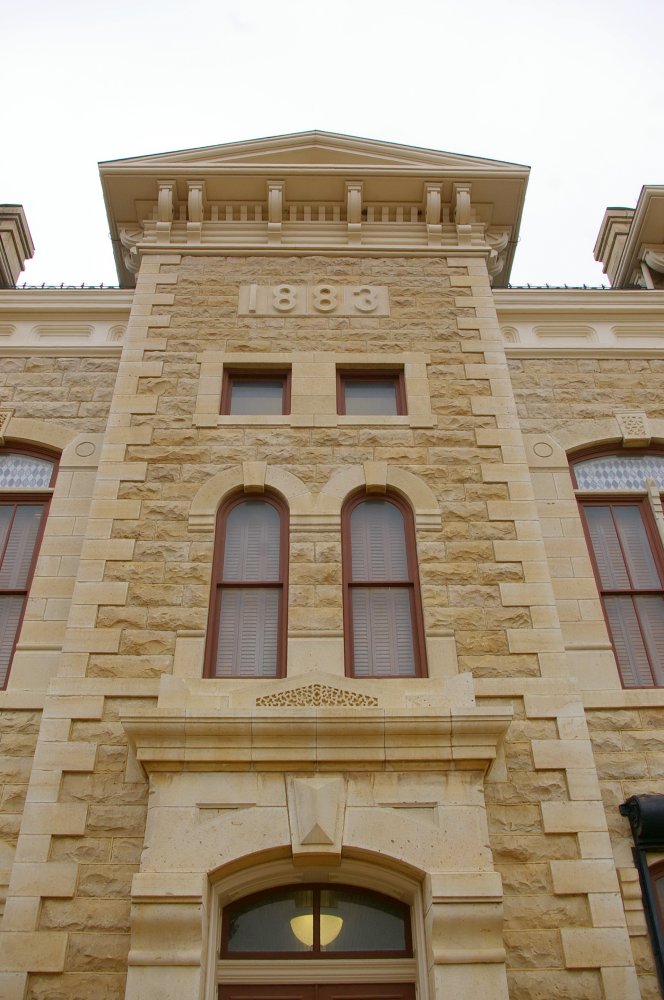 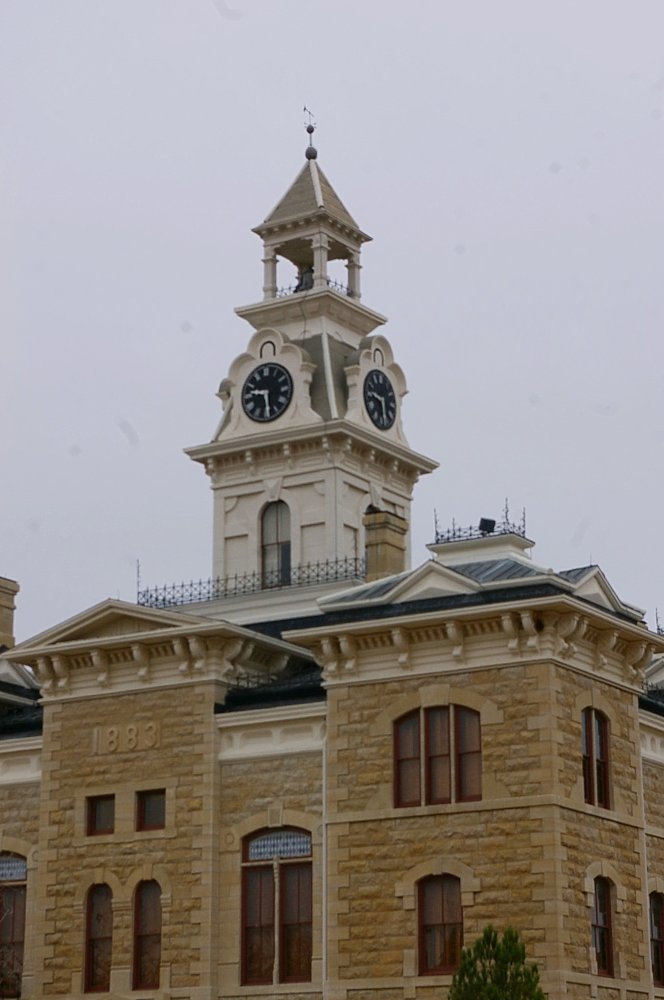 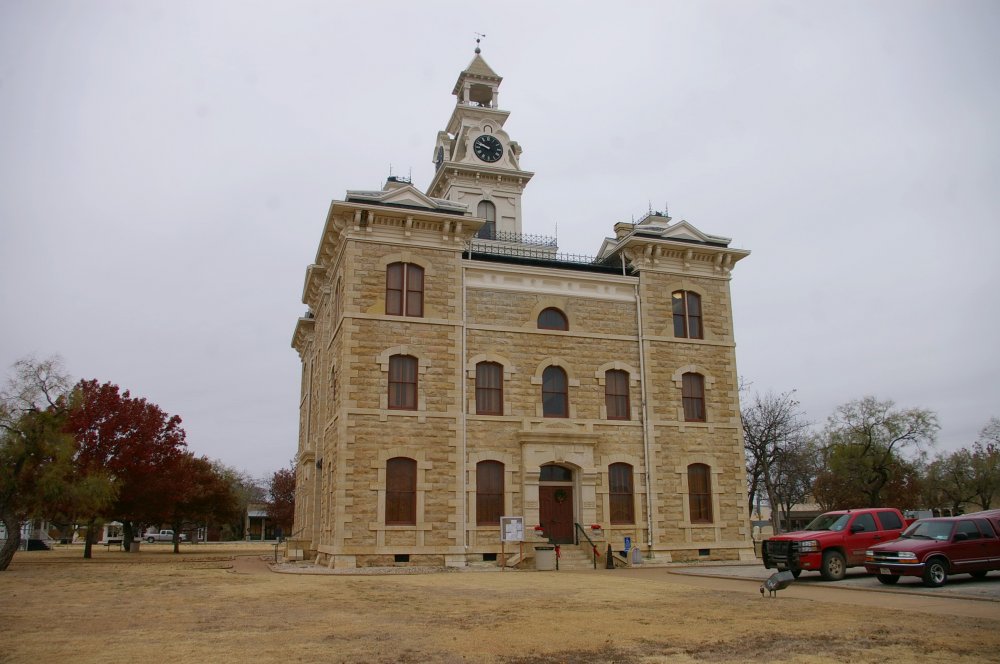 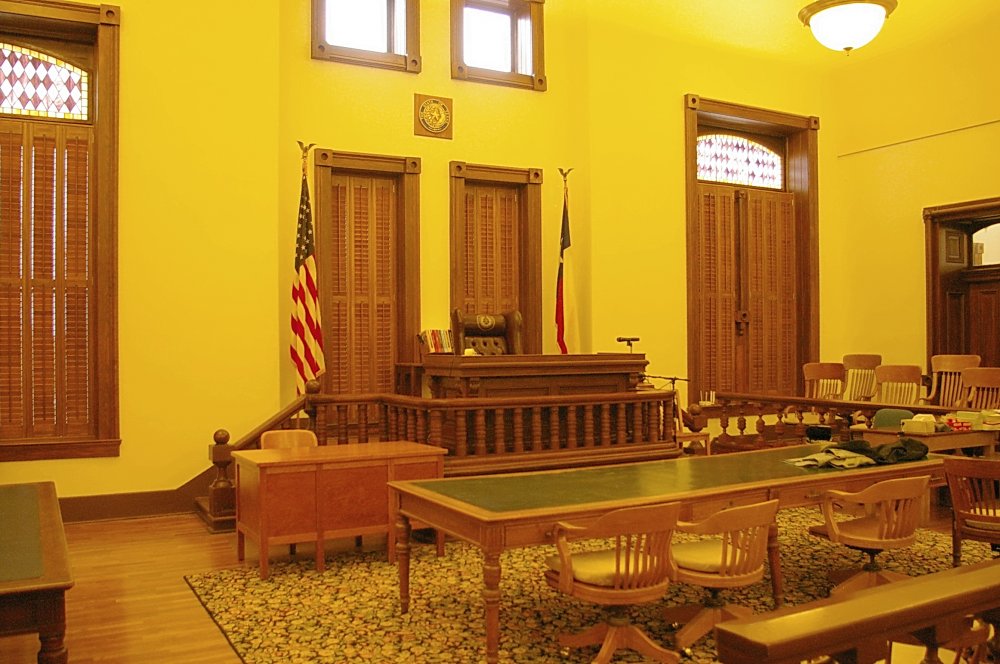 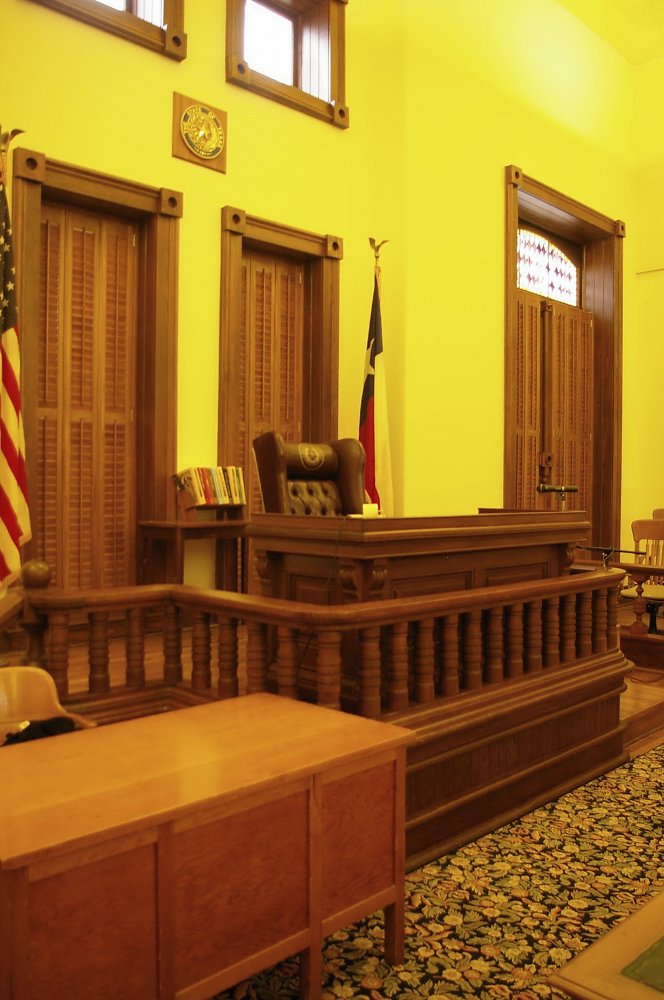